Ford recently introduced the new F-150 pickup truck. It seems like a solid upgrade to the existing model, with its standard wireless Apple CarPlay, lane keep-assist, and automatic high-beams. Available options include things like a panoramic sunroof, massaging and air-conditioned seats, cameras in places where other cars don’t have places, a damn desk, and seats that turn into beds. And, of course, a new generator that can literally power a house.

With all those features, it is puzzling, interesting, and surprising that the base XL version of the 2021 Ford F-150 can be had with manual crank windows. The press release omitted that feature but the crank windows do come up when configuring the XL model, one with no options packages. Further, the side windows on the rear door of the SuperCab models are fixed on models with the entry-level manual windows. And, along with the missing power windows, power door locks are equally missing in action. 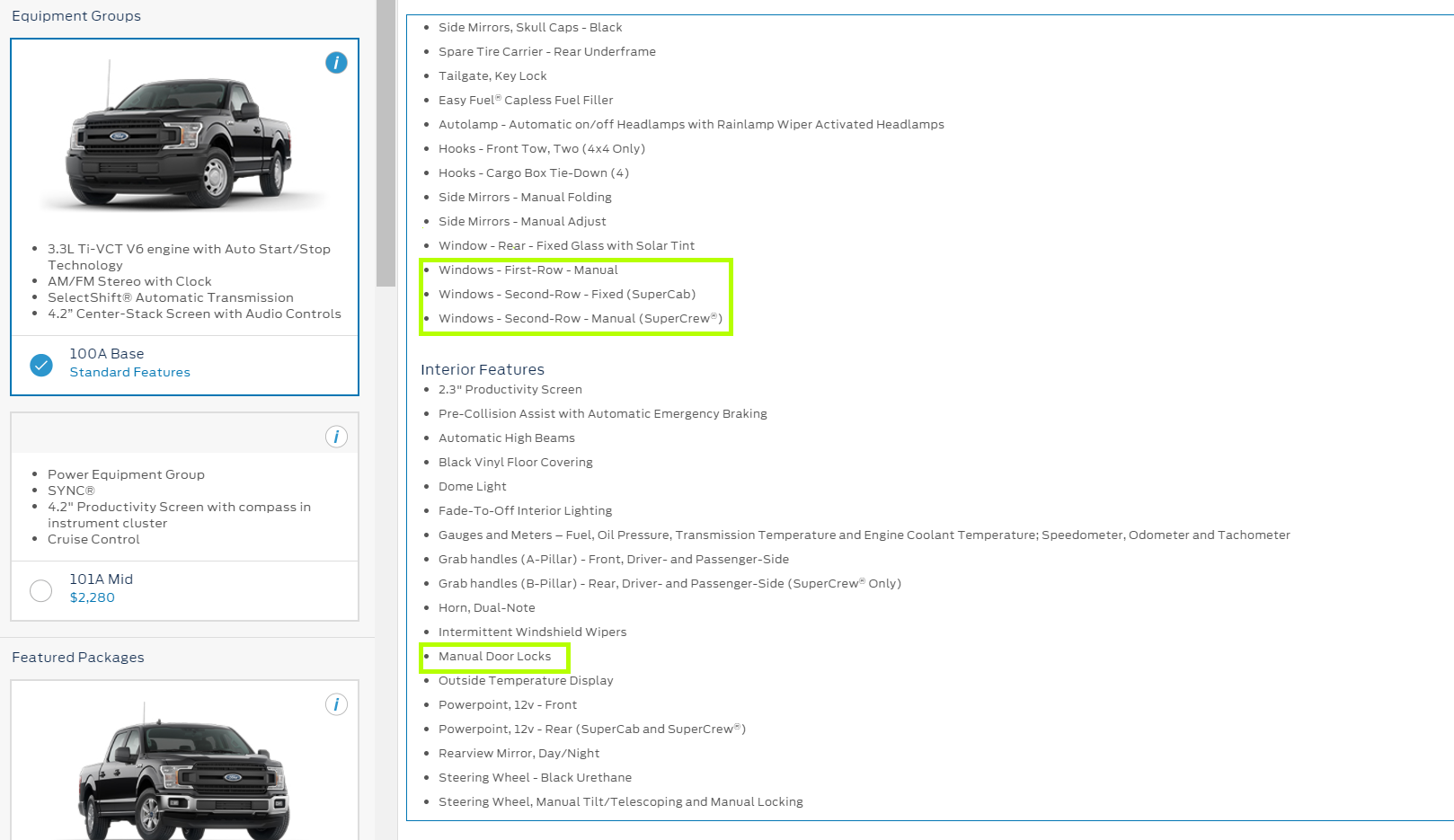 This seems crazy to me – developing a model with manual windows and door locks, knowing that 99% of these vehicles produced won’t be such equipped. It requires additional engineering time, additional parts, and just additional costs. And it’s for a feature that most people will pay to avoid. Or maybe now.

When I questioned the F-150 Marketing Manager about this, he chuckled. He said that fleet buyers wanted as simple of a truck as possible, and that included the manual windows. And the fleet managers’ voices were loud enough to be heard by Ford. It’s also worth noting that Ford will likely use the same cabs for their next Super Duty trucks and those features, manual windows and all, will likely carry over.

It’s worth noting that commercial fleet truck procurement contracts often specify manual windows as a means of cost savings. However, there almost always is a statement that reads “equivalent or better” in those very contracts. So the excuse of “the government wants it that way” does not work.