Alfa Romeo has always been a style-conscious Italian brand. Drawing eyes with unique lines and stunning craft are their bread and butter and they’ve done it again. This time with the Giulia Quadrifoglio GTA and GTAm. As if the Giulia wasn’t already stunning, this thing just got more style and dropped some pounds as a bonus measure. 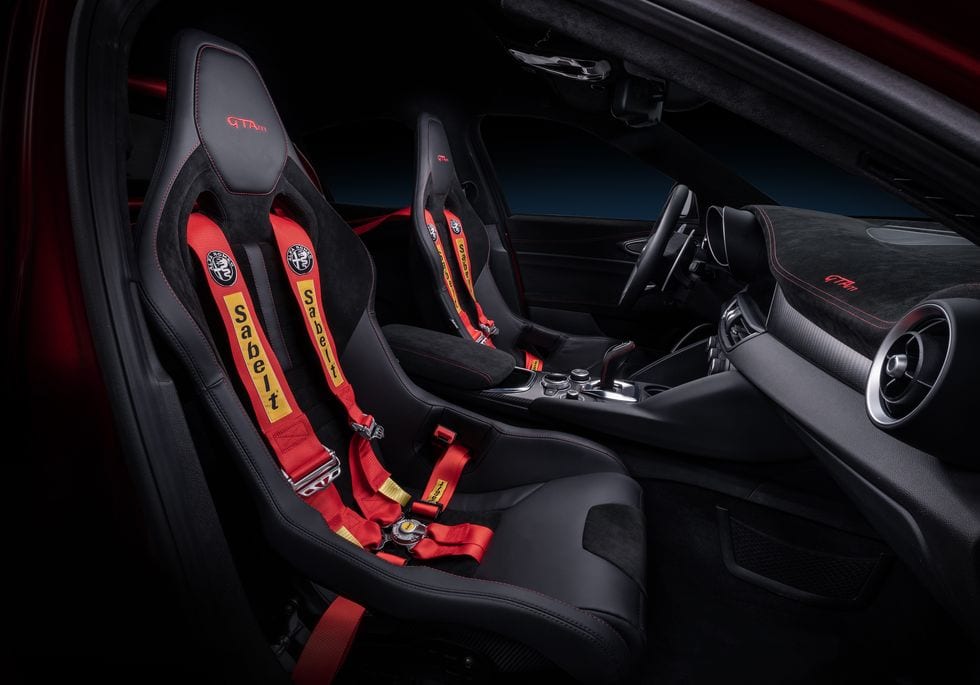 The most notable change is the massive amount of aero everywhere. Zero-62 mph in just 3.6 seconds doesn’t make a hypercar but that isn’t really the point. This isn’t meant to be your peppy family sedan anymore, this is an all-out track weapon. With a power to weight ratio of 2.82 kg/hp, I’m curious to see how it performs at the Nürburgring since the 2017 Giulia Quadrifolgio did its lap in 7 mins 32 secs setting a sedan record at the time.

In addition to the GTA, the GTAm is an even more savage version that features the massive JDM-esque wing. It also ditches the back seats for a roll cage and adds a 6-point seat belt harness. 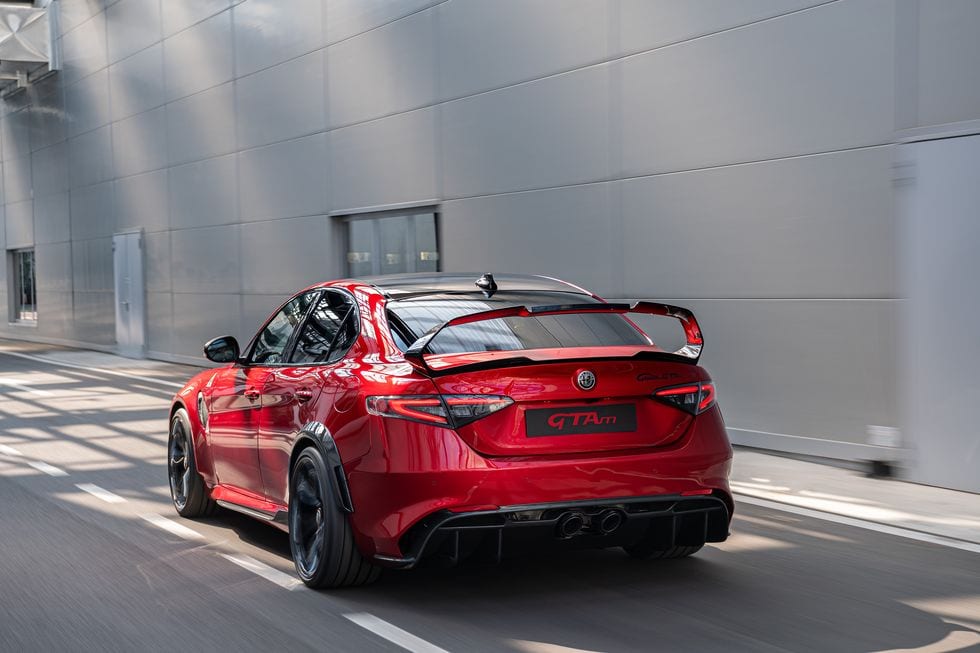 The models were created to celebrate Alfa’s 110th anniversary and serve as an homage to the Giulia GTA from the 1960s. The GTA part of the name stands for Grand Turismo Alleggerita, Alleggreita meaning lightened in Italian and this is exactly that. The model features a carbon fiber driveshaft, hood, roof, front fascia, and fenders leading to a 220-pound weight loss. Under the hood, the twin-turbo 2.9-liter V-6 stays in but is tuned up to reach 540 hp, up 30 from the previous 510.

The voluptuous wider body increases the front and rear track width by two inches. This along with new springs, dampers, and bushings help to improve the cars handling significantly. The new Akrapovič exhaust is harmonious like an Italian opera singer and I can’t wait to hear it in person.

As a whole, I love this thing, like a lot. It really doesn’t have a single bad angle but the front 3/4 makes me drool. The Giulia Quadrifoglio was already an aggressive-looking car and this trim takes it 10 steps beyond that. The pricing hasn’t yet been announced but I have a feeling that it’s gonna cost you a pretty penny for one. However, Alfa is also throwing in a helmet in GTA livery; a racing suit, gloves, and shoes; a personalized car cover; plus tuition at the Alfa Romeo Driving Academy which is pretty cool. And even if you don’t plan on using those things they’re sure to become priceless collector’s items in the future.

As with most celebratory cars, it’s production will be limited. In this case, 500 units split between the GTA and GTAm models. Currently, it’s set to be for the European market but Alfa hasn’t fully ruled out sending a few stateside, so fingers crossed they do. Is this too aggressive for you or just enough?