December is here and so is the first winter storm in the northeast. 2020 model year 4Runner is here too, just in time for the storms. I didn’t have any new expectation for this ever-so-slightly updated 2020 model. It is still the very similar fifth generation 4Runner, very similar to the 2010 model year 4Runner that I own. But I was pleasantly surprised to learn that little changes make a big differences.

The Limited model, as pictured here, is the 4Runner’s top trim. It has luxuries such as heated and cooled leather seats, keyless entry, push-button ignition, automatic climate control, automatic headlights, and a bunch of other minor stuff that has been standard on many other cars for years. I personally don’t have an issue with it but others will call the 4Runner outdated.

The biggest difference between the Limited and all other 4Runner is its 4×4 system. It is a full-time system, unlike the SR5, TRD Off-Road (née Trail), and TRD Pro models, which have a part-time system. (all 4Runner except for the TRD Pro are available as 4×2 models). There are three settings to it: high, high locked (center diff), and low locked. If that seems familiar, it’s because versions of this system are on the Land Cruiser and Lexuses GX and LX.

Whereas all these other vehicles have more powerful V8 engines, the 4Runner has its proven 270-horsepower V6. Between the added weight of the Limited luxury stuff, this model’s optional third row seats, and the full-time 4WD system, this 4Runner seemed significantly slower than my own SR5. And it was thirstier too, but the gas mileage sucks on all 4Runners. Get a Highlander hybrid if you want a fuel-efficient three-row SUV. 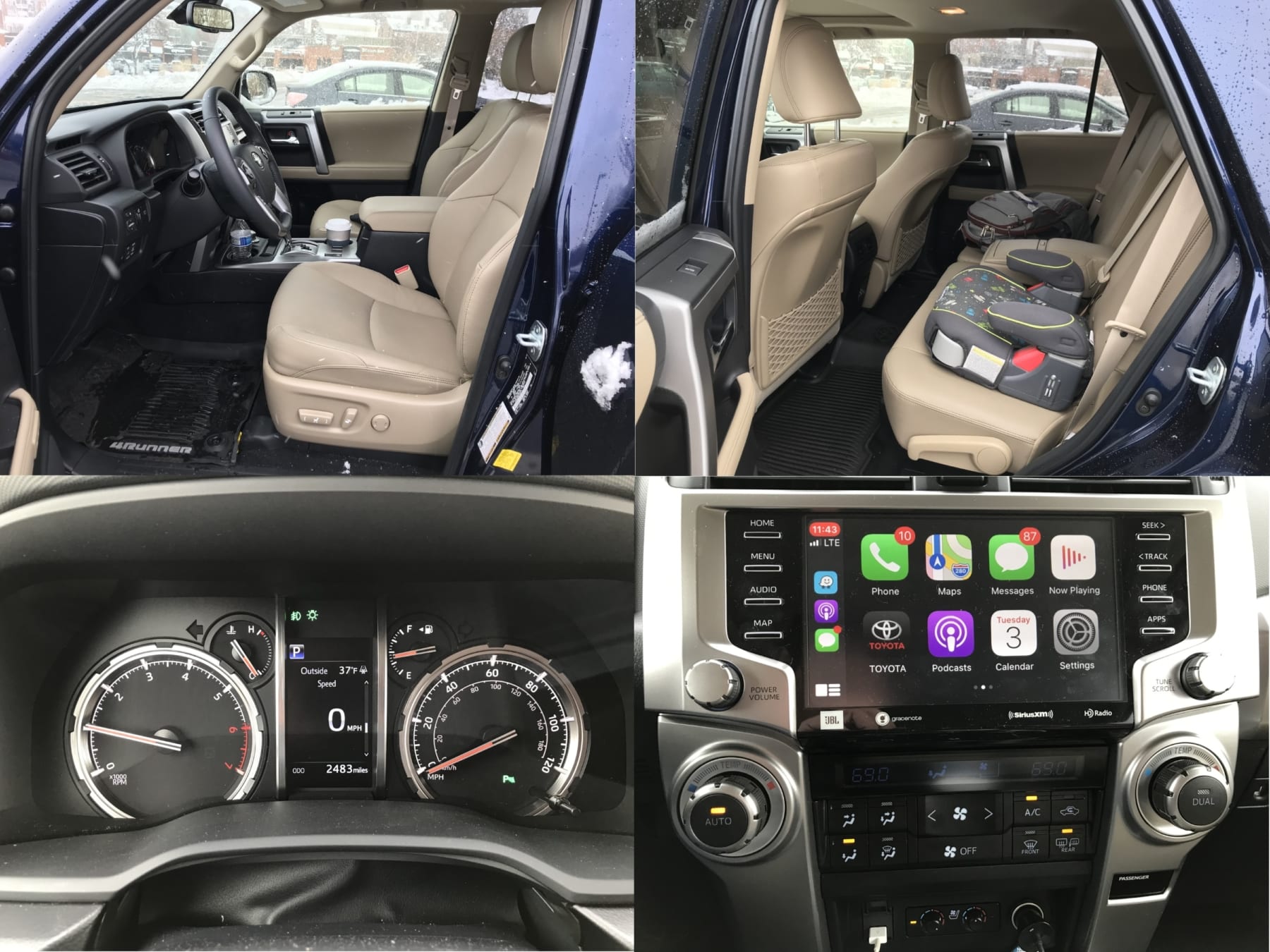 The old dog gets some updates for 2020. Specifically, all models get Apple CarPlay. About damn time. And unlike VW, Volvo, Subaru, or Mazda, the connection has been solid the entire time. The connected USB plug has seems to have a higher power as it charged my phone rather quickly. Backseat drivers get their own two USB ports as well but their seats are not heated.

The one change that no other media and press release won’t talk about are the tires. I have been forever saying that the stock tires on all but the TRD Pro models just suck. For 2020 the awful Bridgestone Duelers get replaced with Yokohama Geolandars. Driving in snow is no longer scary; there is a lot more traction and in a snowy, empty parking lot. Vehicle control was overall much improved over the Bridgestones. Since it’s not a proper snow tire, braking distances still seem somewhat long.

Since I was in the snow I decided to mess around with the 4WD system and traction control. There was noticeable off-line traction improvement with the center differential locked. In 4WD low, with traction control automatically disabled, I got a solid launch but it was much slower, as expected, but I probably could have easily pulled a car behind me. 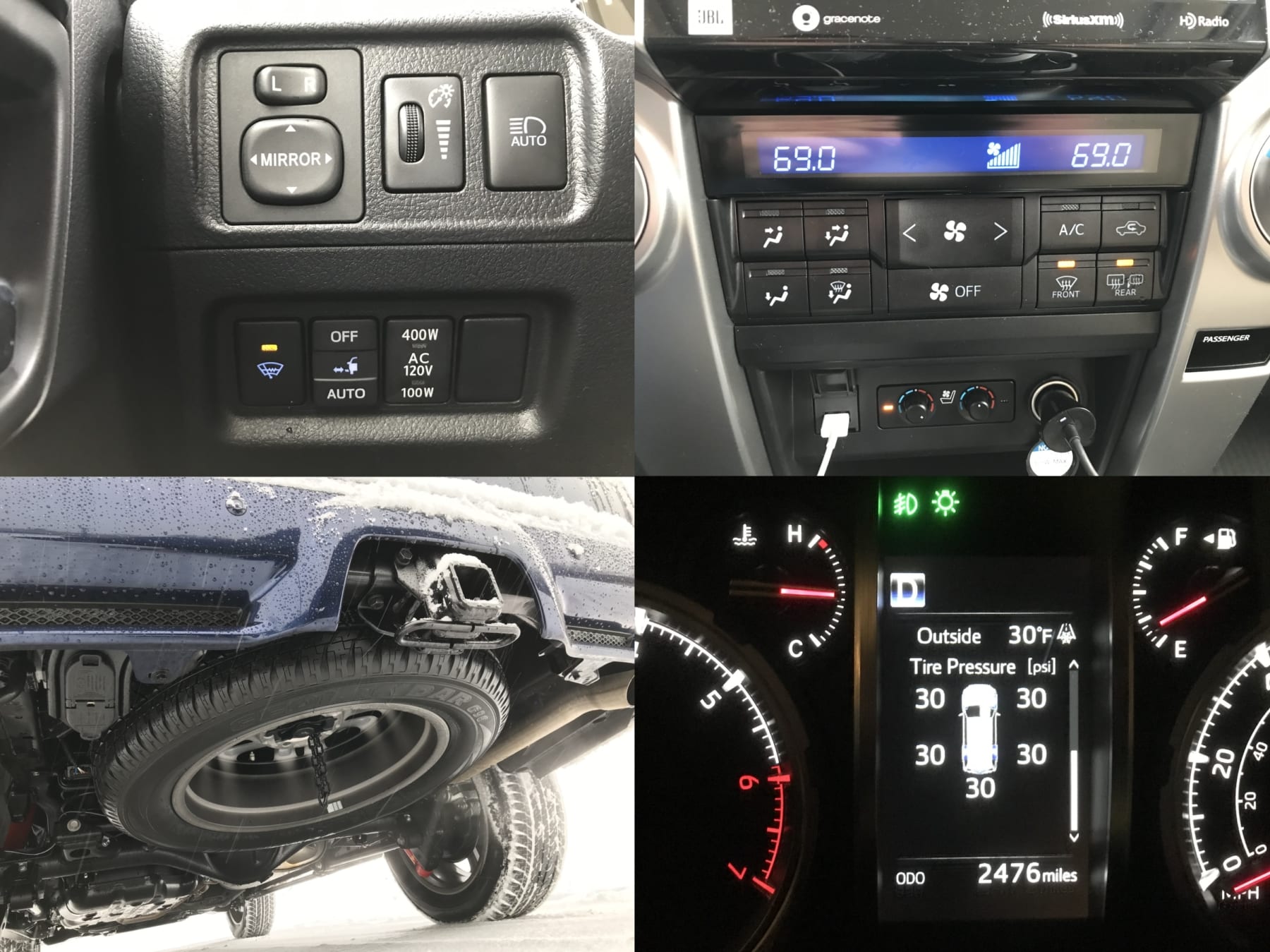 Inside, the JBL audio offered nicer sounds than the lower trim models. The seats were wrapped in much higher quality leather, too. Notably absent was a heated steering wheel. Electric windshield defroster is great in winter weather for visibility, as are the rear side window defrosters that run off the rear defroster circuit. The factory rubber floors mats were equally impressive, on par with WeatherTech.

The improved tire setup and the full-time 4WD gave me some more confidence when traveling from New York City to Boston during this year’s first northeastern winter storm. Slow and steady, but we got home safely. I should note that the Limited tires are slightly narrower, with lower profile and bigger wheels (20″ vs 17″) than those of other models. It can be argued that the narrower tires is beneficial in snow.

Aging but solid, slow but confident, the fifth generation 4Runner is in the autumn of its years. Minor changes for 2020, such the spare tire pressure monitor, make this dinosaur a little better. I own one, I’ve written about them extensively, and I would recommend one to those who understand its few shortcomings, and those those 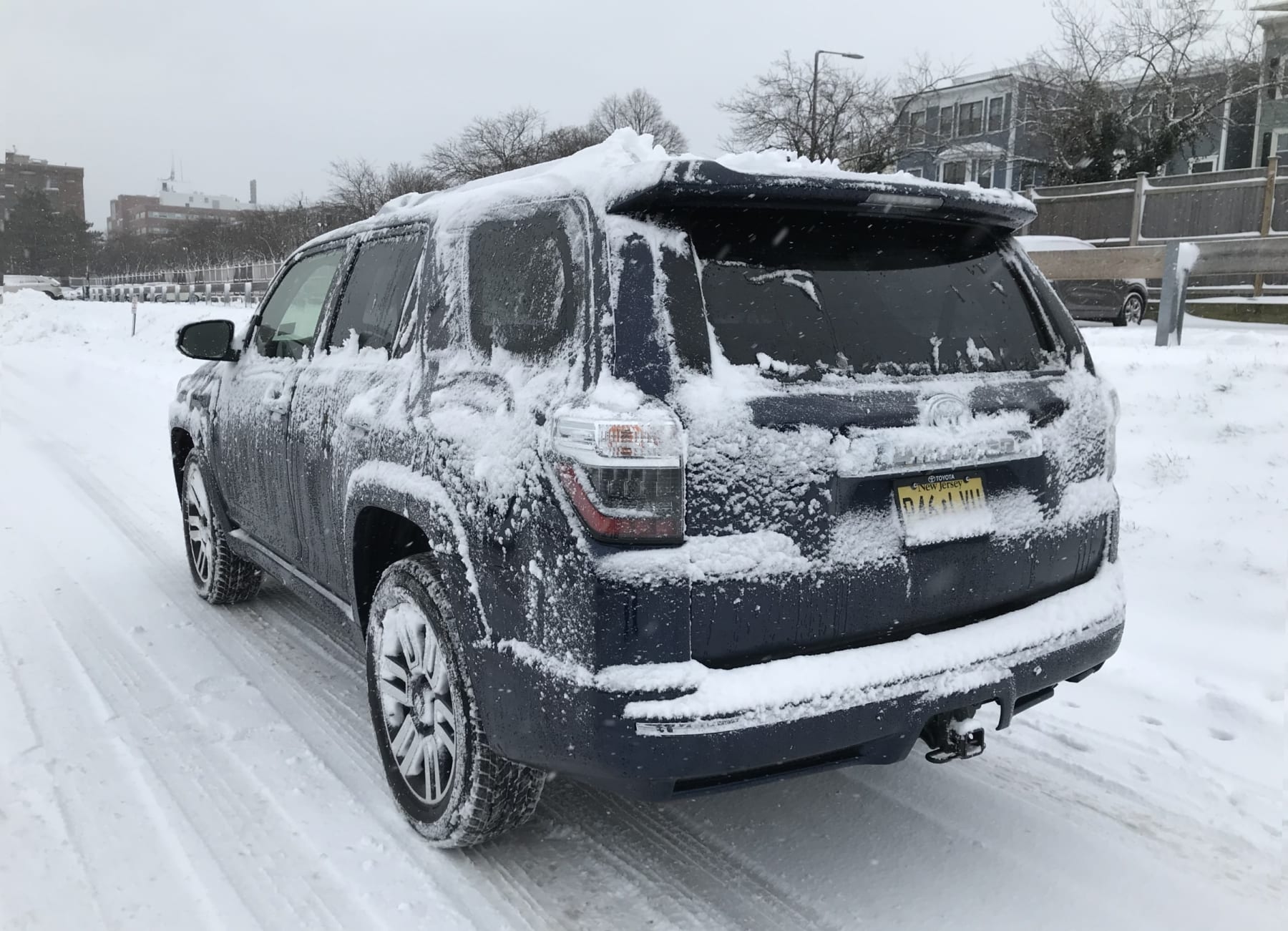