There are three overriding memories from attending the launch of the current generation Lexus GS in Las Vegas. Number one was the Mandarin Oriental where we stayed, though for less than 48 hours. Number two, being driven for three laps on the infield course at Las Vegas Motor Speedway by Jon Capps in an LFA. Third, driving the GS on the highway in a fifty mile an hour crosswind (yes, you read that correctly) and not being buffeted around at all. The only way you knew just how strong the crosswind was blowing, was looking at the large flags along the highway fully stiff in the breeze.

Those memories are clear as day to me, as if they were only a couple years ago, rather than eight. The current GS is that old and now at the end of its product cycle.  Eight years is a good run for a platform. However, according to reports, this is the end of the GS full stop. 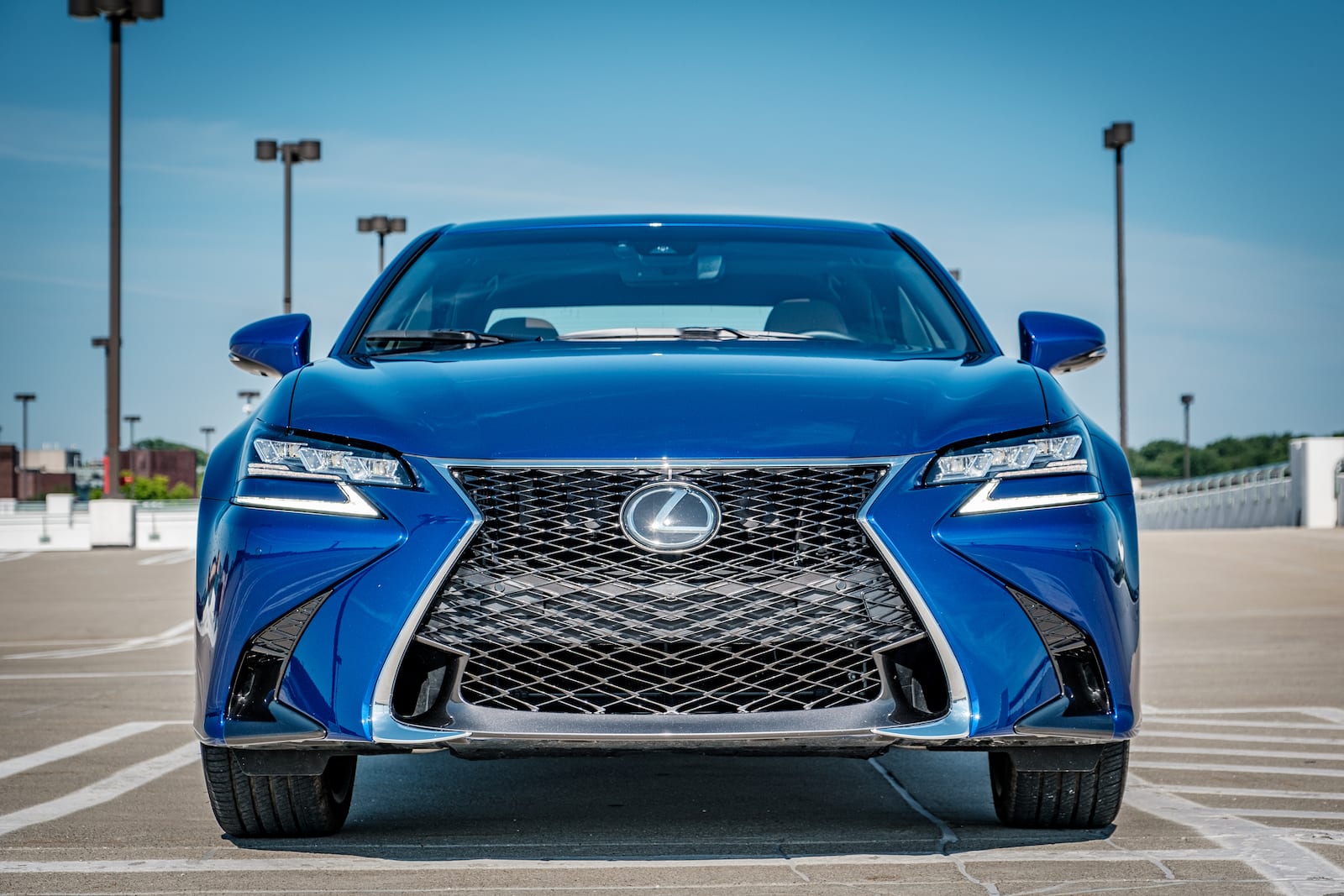 The reasons for the GS demise aren’t hard to figure out. Sales of SUV’s and crossovers are 70% of the overall market. It’s closer to 80% in the luxury market. Therefore the market for the executive sedan is on life support. It’s hard to justify dropping $1 – $3 billion dollars to develop a new car when you are only going to sell a few thousand a year. For calendar 2019 Lexus sold less than 4,000 GS sedans.

While Mercedes, BMW, and Audi do sell a good number of E-Class, 5-Series, and A6 sedans, the sales numbers continue to decline year over year. People who previously bought them are swapping into GLEs, X5s, and Q5 or Q8s. Interestingly I don’t see GS owners swapping into RXs.

First, the Ultrasonic Mica Blue this F-Sport version was delivered in is flat out stunning. While it may not come across fully in the photos, think a slightly darker and sexier version of French Racing Blue. The GS is also about the last Lexus where the signature spindle grille doesn’t look large enough to swallow a three quarter ton truck. While it is not small it doesn’t overwhelm the overall front end styling of the car. The lines on the car generally flow well, though it does have some hard lines, they have a pleasing aggressive shape.

What stands out most is the overall size of the GS. It is the perfect overall size. Where every car has become longer and wider, and proportionally they look off, the GS has pleasing, balanced proportions.

Park a 5-series BMW next to a Lexus GS and the 5-Series will look massive. The Mercedes E-Class a little less so, but it too has become quite large. 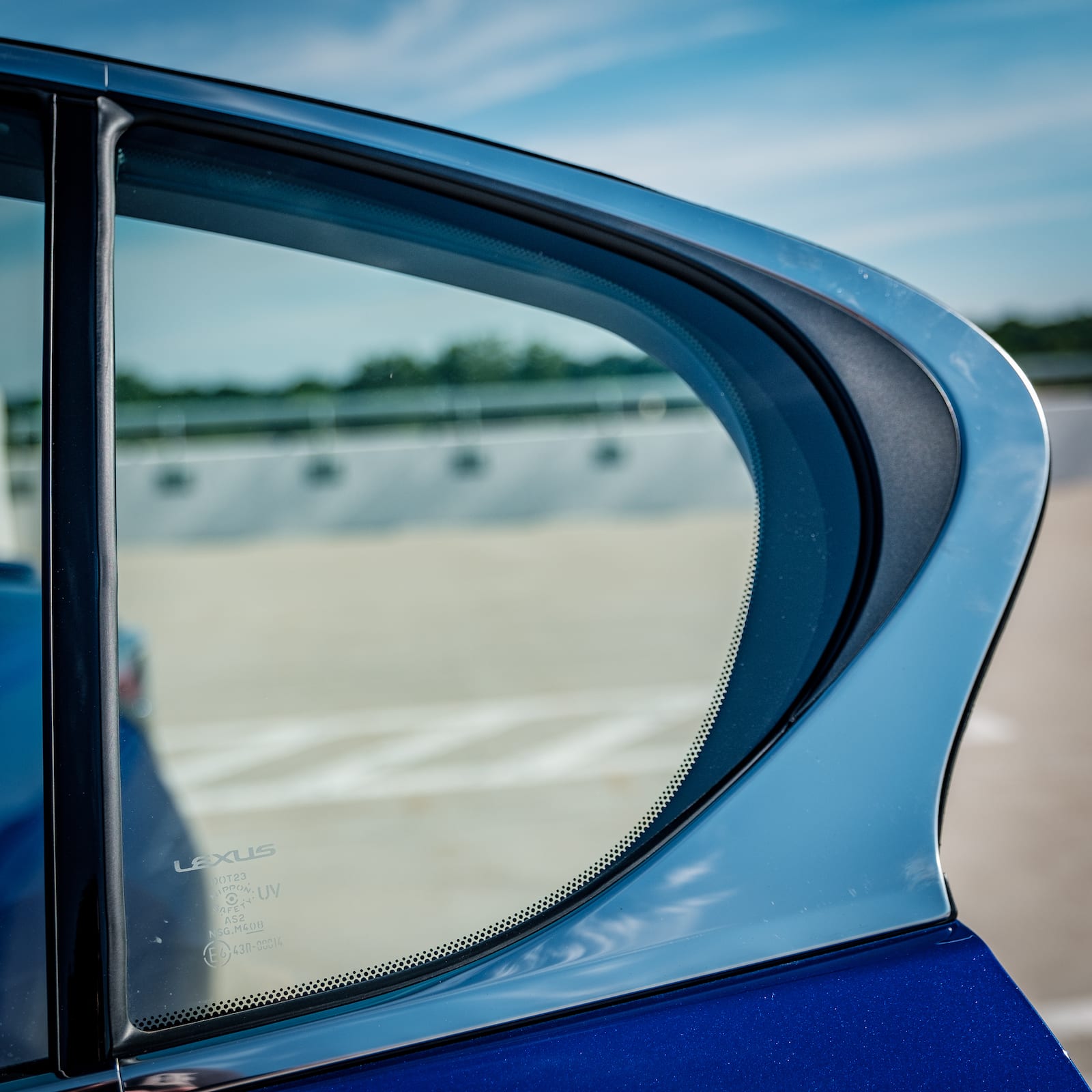 Lexus generally does good interiors save one thing; the telematics interface. It is not so much the UI as the UX. The driver experience is hindered by Lexus’ choices of input devices. Current Lexus models have moved to a touchpad that isn’t great. However, it is better than what the GS has, the infamous Lexus mouse. After all these years there is no need to pile on, everyone knows about it, I am just acknowledging it and moving on. 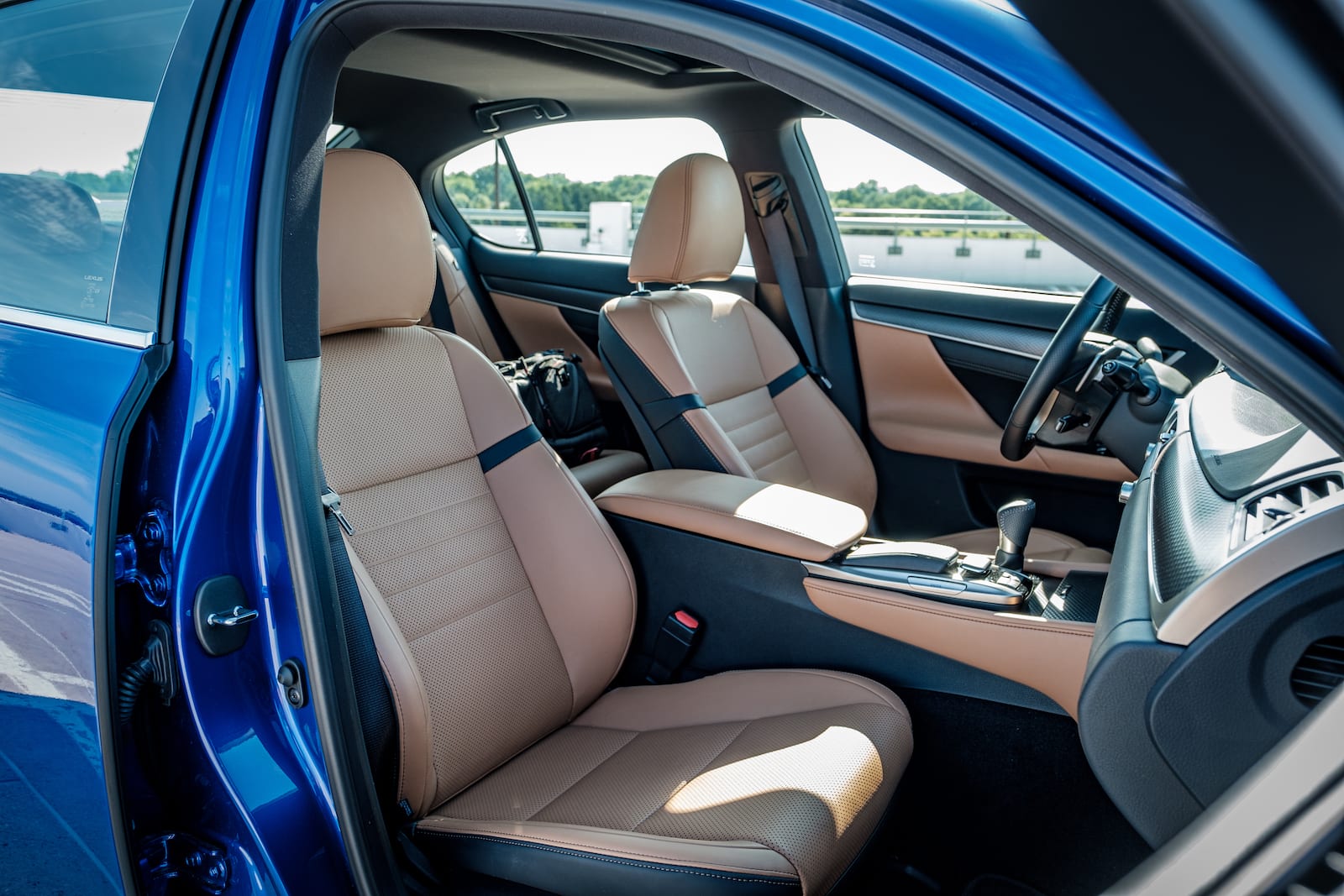 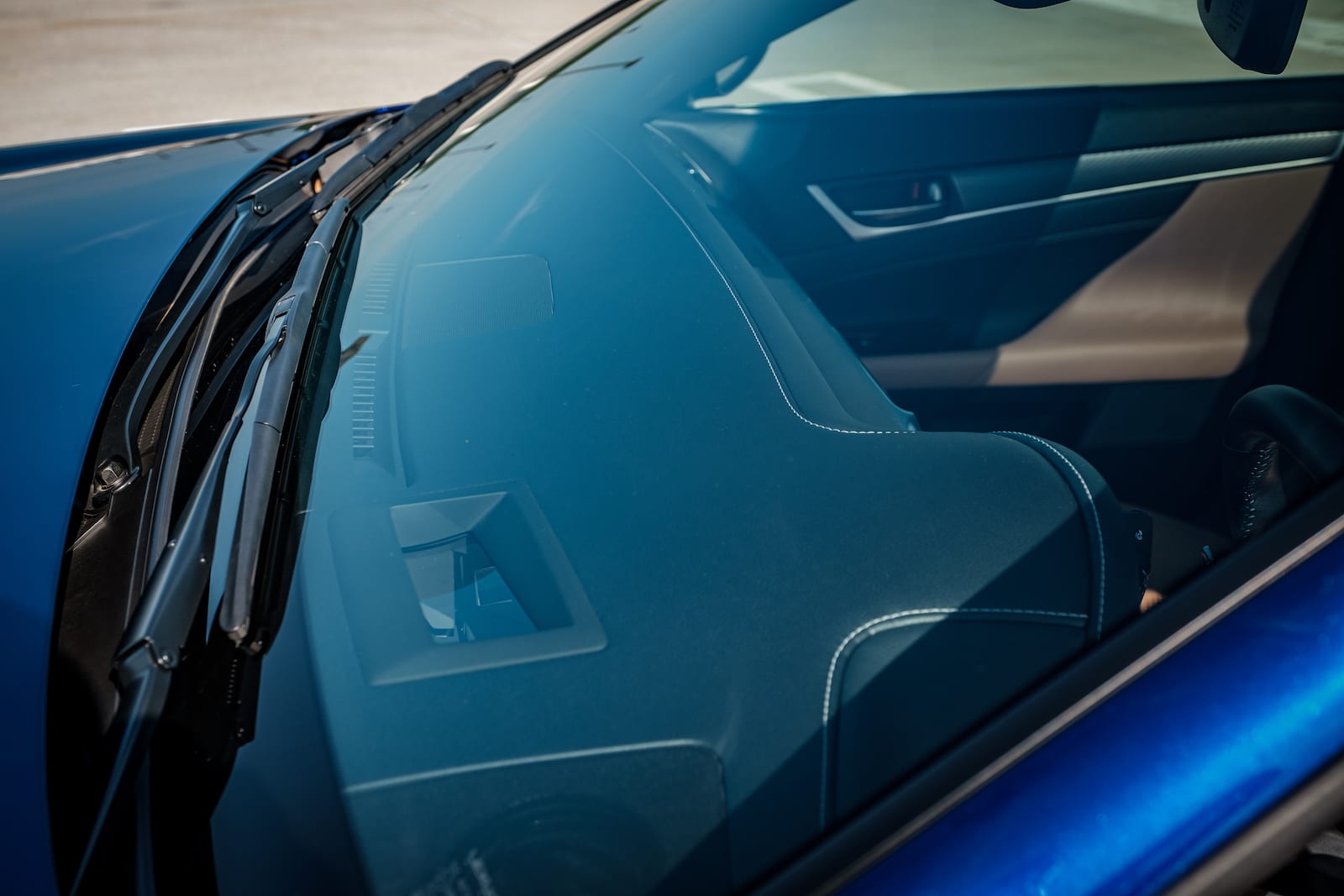 The material choices for the interior are spot on and appropriate for the class. They stand out only in that they are exactly what you’d expect for the category and the price point. The 12.3-inch telematics display is bright and crisp. Graphics for the navigation system are good, and the ability to split the screen into two or three sections and customize what you want on them is well done.  The HUD system shows a bit of age in that there isn’t much of an off-axis viewing angle.  The other part of the tech that “shows it’s age” is only two USB ports in the car.  Two for the front, none for the rear passengers.

I have found over the years that the Mark Levinson systems used by Lexus tend to be hit or miss.  The one in the GS is good.  Being picky, the top end lacks a little sparkle unless you really tune the treble up.  The bass can get a little sloppy if you listen to electronic music.  Fast bass beats like “Before Today” from Everything But The Girl or even “Back To Black” from Amy Winehouse, for example.  But something a little slower, like “Mosaic” from Art Blakey or “Optimistic” from Radiohead, was OK. The driver’s seat is very comfortable, its a place you can sit for hundreds of miles without discomfort. Back seat room while not overly generous is good, at 5’10” I could comfortably sit behind myself.

One very small item that I loved in this generation of GS and the previous generation of LS was numbers on the climate control. They have a very 1960’s feel to them as they appear to rotate from number to number.

Driving the GS reveals that it is a luxury car with good composure, however, it is not a “real sports sedan”  Luxury and comfort are most important, sporty style comes second.  The ride and handling lack the refinement that we see in its competition that has been released in the last three or four years.  Sharp bumps can be felt in the seat and through the chassis, though that does not transfer into the wheel.  Again the Lexus shows it’s age as an eight-year-old chassis.  That is not bad, it’s just others have surpassed it. 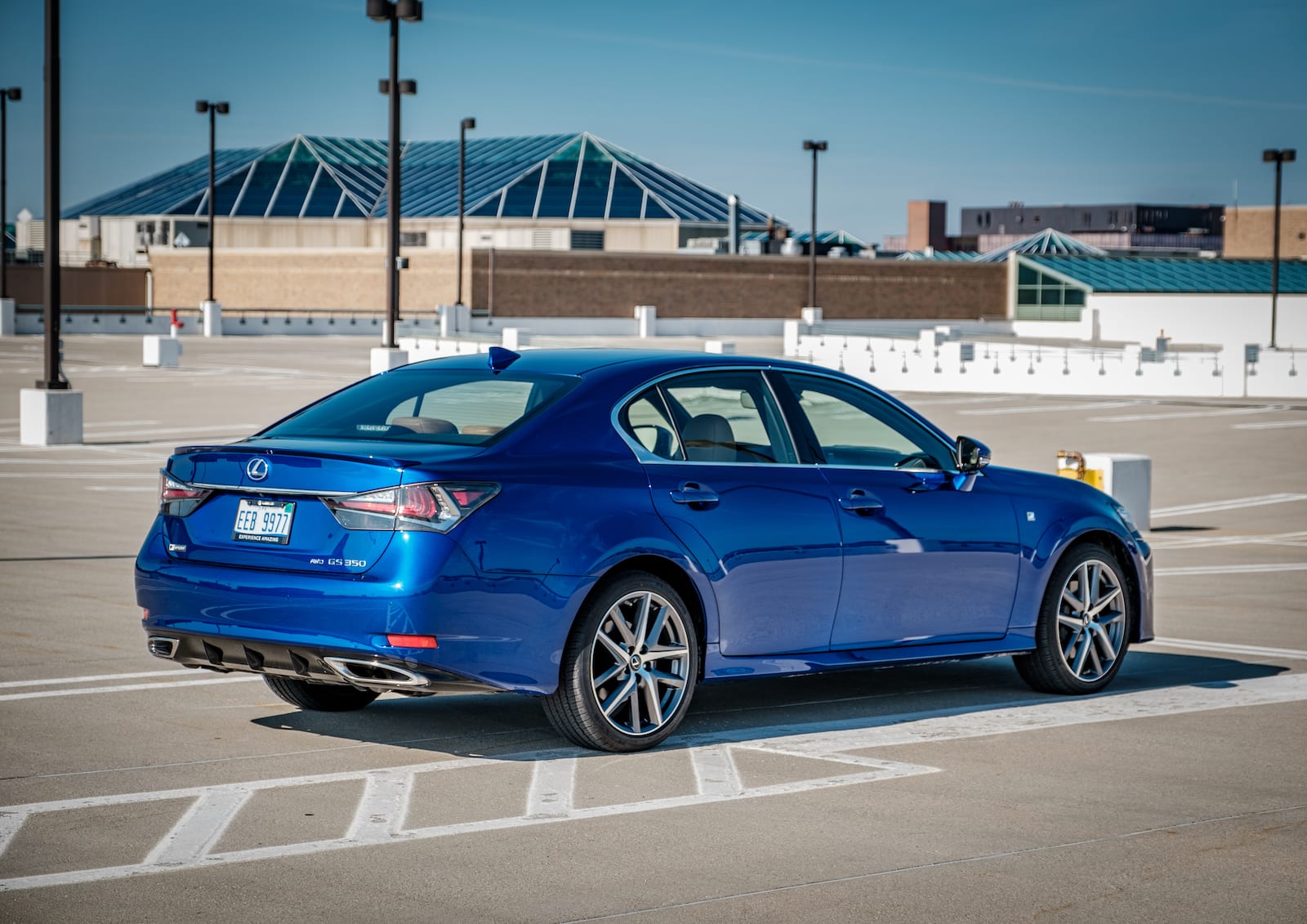 I’m not sure whether to classify this as good or bad, but more modern cars tend to mask speed better.  In newer cars, doing 85-90 MPH on the freeway feels like 50.  In the GS, 70 feels like 70.  Other than that, the GS is pleasant and makes a fine road car.

Let’s face it, the era of the Executive Sports Sedan is over, and we are poorer for it.   People have voted with their wallets. Style, performance, and engagement have been replaced by five to six thousand pound boxes that are nearly indistinguishable from each other.  The few that remain have gotten much larger and softer.  Isolation had supplanted feel. Electric power steering has robbed cars of a true connection to the road.

The Lexus GS is a good car.  If you can still find a new one right now deals are to be had.  My text example had an MSRP of $60,515, but I know you can get several thousand off of that price with little effort at Lexus dealers. 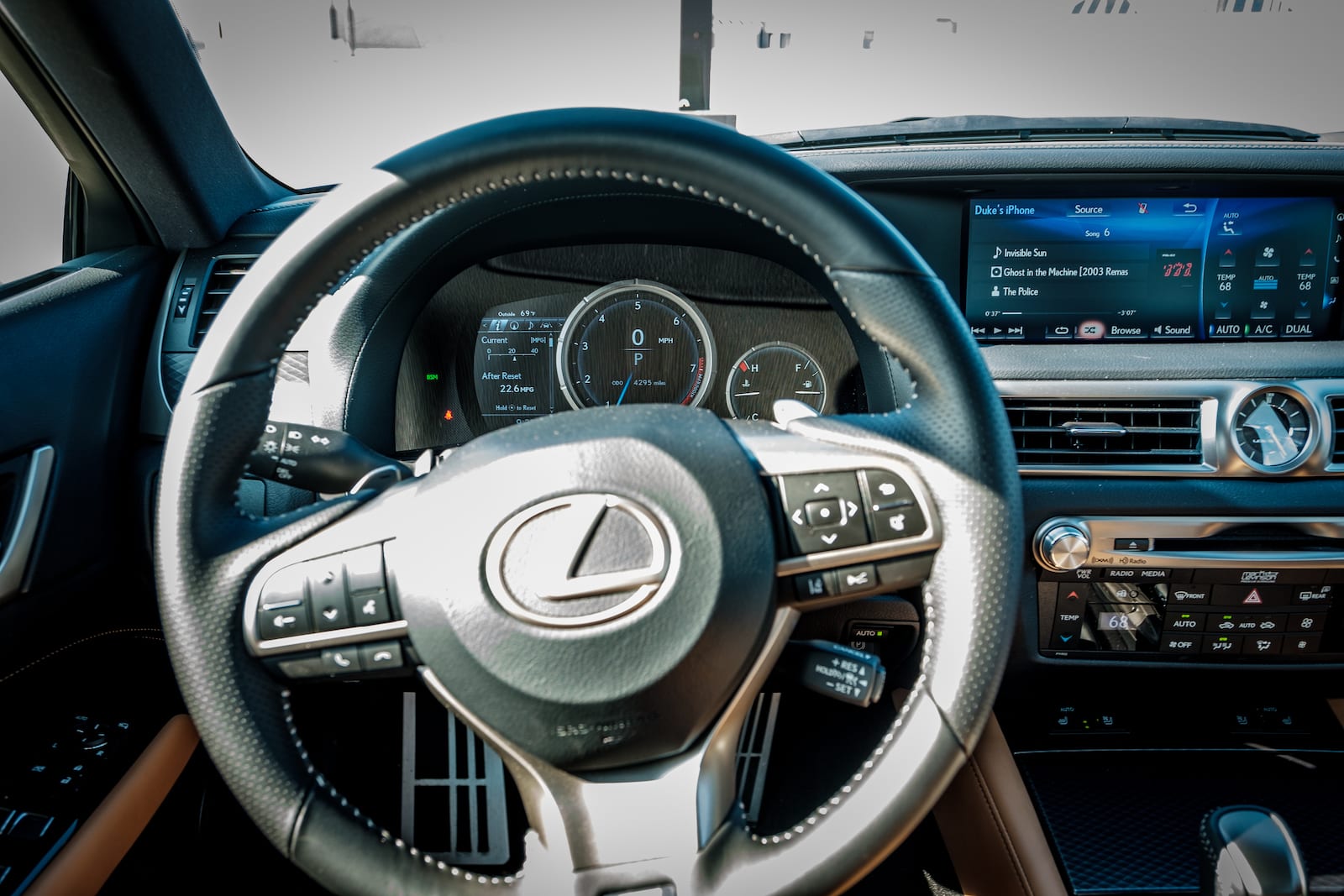 It is not the best car in its category. But being a Lexus you can buy it and know it will be just fine ten years and 200,000 miles from now.  Given that Akio Toyoda really gave Lexus the goal of being more driver-focused after this car was released makes me a little sad in that I would like to have seen what the next generation could have been.  Alas, there is no business model in selling three or four thousand units a year.

Good enough is rarely and truly good enough. However, the Lexus “good enough”, like this GS, is more than enough to satisfy the vast majority of people.