Having driven all the previous generations of the Kia Soul over the years they have been one of my favorite affordable vehicles. Nicely sized, good interior room with the only issue being the lack of cargo room with the back seat up. So when the opportunity to drive this latest generation became available I was excited.

One other factor that interested me with the new Soul was its falling sales figures. In a world where everything is a crossover, the Soul had the covered. Smaller “B” segment crossovers have been the latest push by manufactures, Soul has already been there. So, to quote Jerry Seinfeld, “what’s the deal with that?” After spending a week with this X-Line version of the Soul, I think I have the answer. 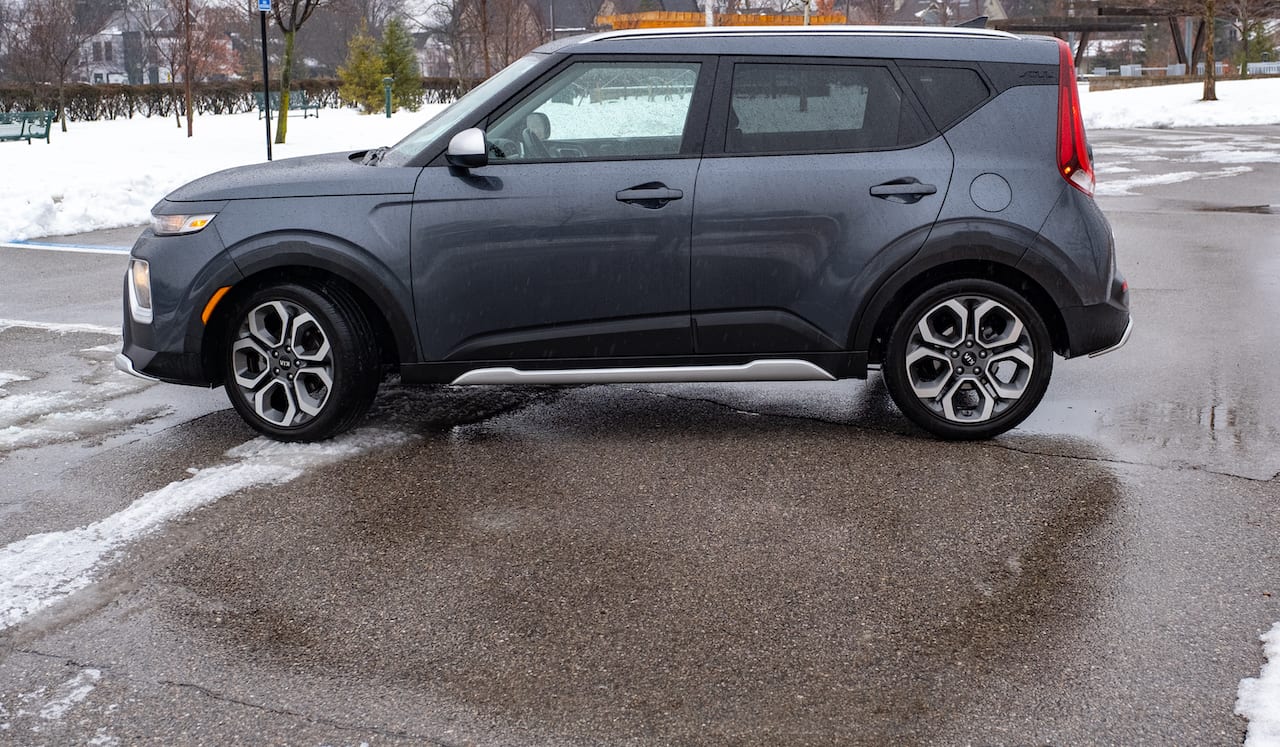 This X-Line trim of the Soul is a mid-level trim package with visual cues to make it look more rugged. It comes with a 2.0-liter naturally aspirated four-cylinder engine, with what Kia calls an “intelligently variable transmission”. I have another name for it. Included as standard was a blind-spot warning with rear cross-traffic alert and lane change assist. 18″ alloy wheels come with the package along with a leather-covered steering wheel and shift knob. The only option was carpeted floor mats at $130. All totaled the sticker price with a delivery charge of $995 was $22,615.

In this day and age (pre-COVID-19) just under twenty-three grand is a good price. The problem I’d come to find out is that that affordable price comes at, well, a price. 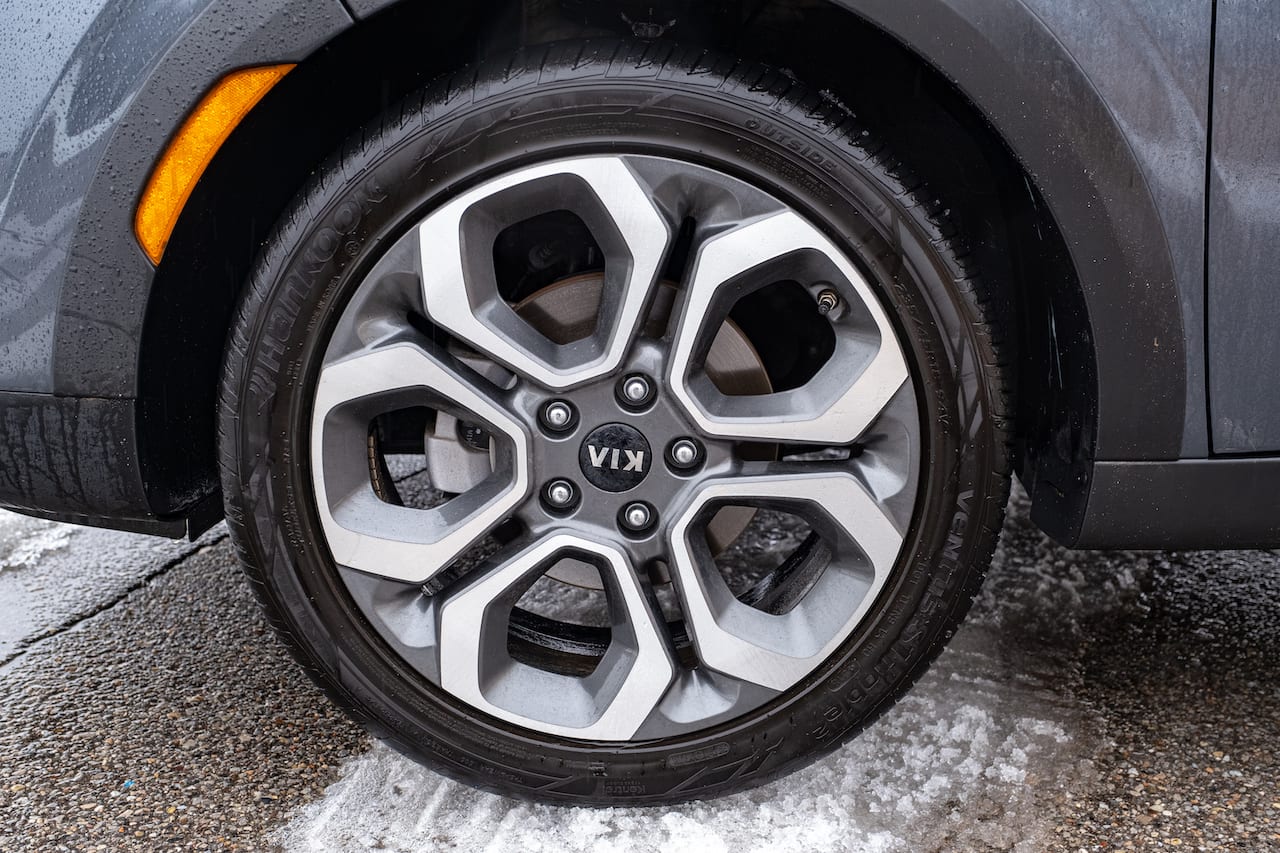 The first thing that I noticed was the tires. Standard tires are Hankook Ventus S1 Noble2’s. Perhaps because we were driving this in early February in Michigan, and the tires are classified as “Ultra High-Performance All-Season tires was the crux for the issue. In any kind of snowy or icy conditions, you found out just how aggressive the ABS was in the Soul because the brakes would almost immediately lock up with anything more than the lightest touch of the pedal. On more than on occasion, I had to grab the e-brake to make a corner at under five miles an hour because the front end just plowed straight on. This kids is why an e-brake with a real handle is SO much better than current electronic versions. Looking at reviews of this tire on tirerack.com I found similar experiences from those living in the snow belt.

Trying to accelerate was no better. A combination of the tires and a very aggressive traction control unit made pulling out into traffic very interesting on more than one occasion. Feather the throttle with the TC light blinking and you still weren’t going anywhere. 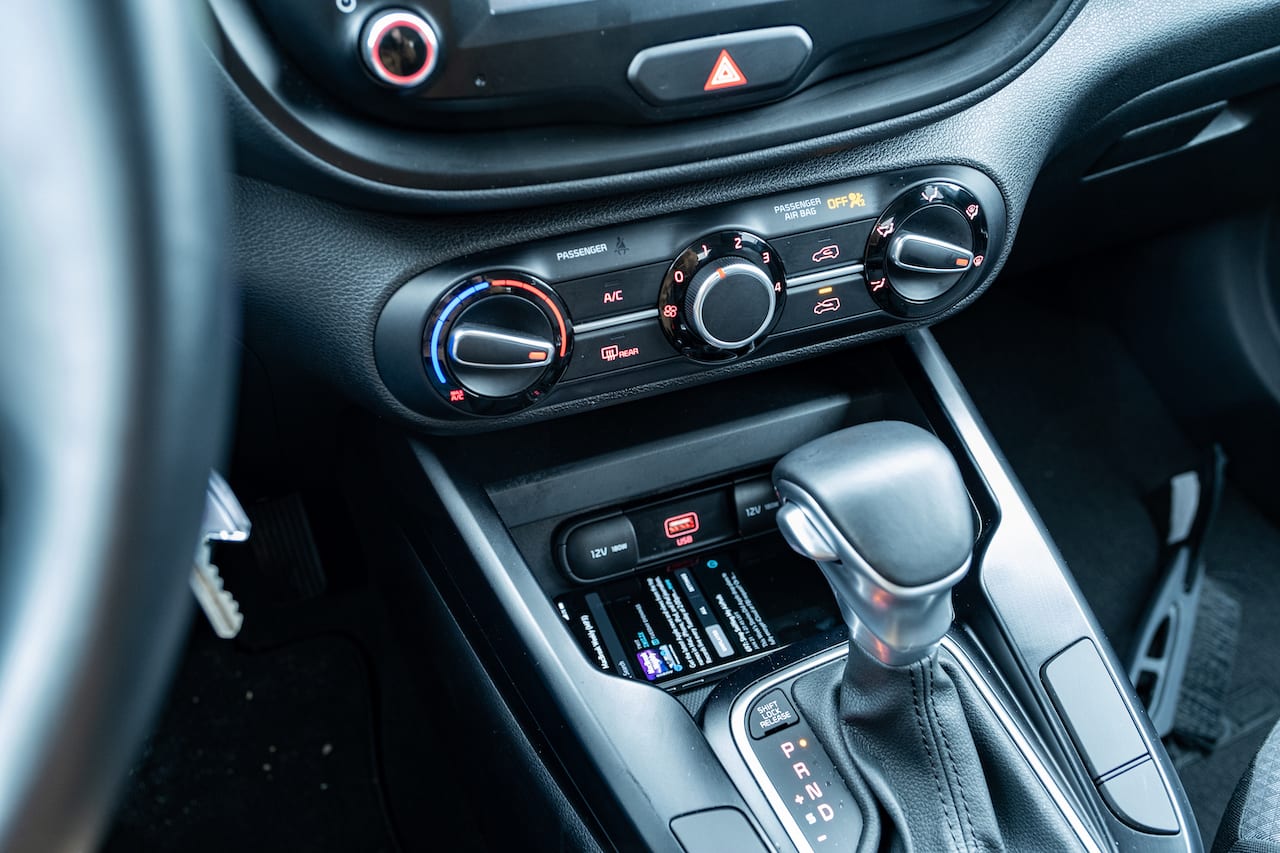 Next, the “intelligently variable transmission”. To say that this embodied everything that everyone hates about CV transmissions would be an understatement. There was nothing intelligent about it. Once or twice a day at a minimum you would catch it “out of gear”. Then, it would take what felt like several moments for it to deduce what ratio it needed. If you are driving along at a “normal” pace, but then need to jump on the gas to pass someone, it can be pretty dicey. You need careful planning if you are doing this on a two-lane road with oncoming traffic.

One area of the Kia Soul that has always been a problem for me, though it may not be for you, is the load floor of the cargo area. There has always been and remains a large lip from the bottom of the floor to the opening of the hatch. Add to this that the rear seats, when folded do not fold flat. Not even close. There is a five or six-inch step from the floor to the back of the rear seat when folded down. Why this is an issue for me has been my dogs. Previously with our Mastiffs and now with our Irish Wolfhound, it would be difficult to load them from the rear of the vehicle and with the layout of cargo area, not enough flat space for them to lay down. 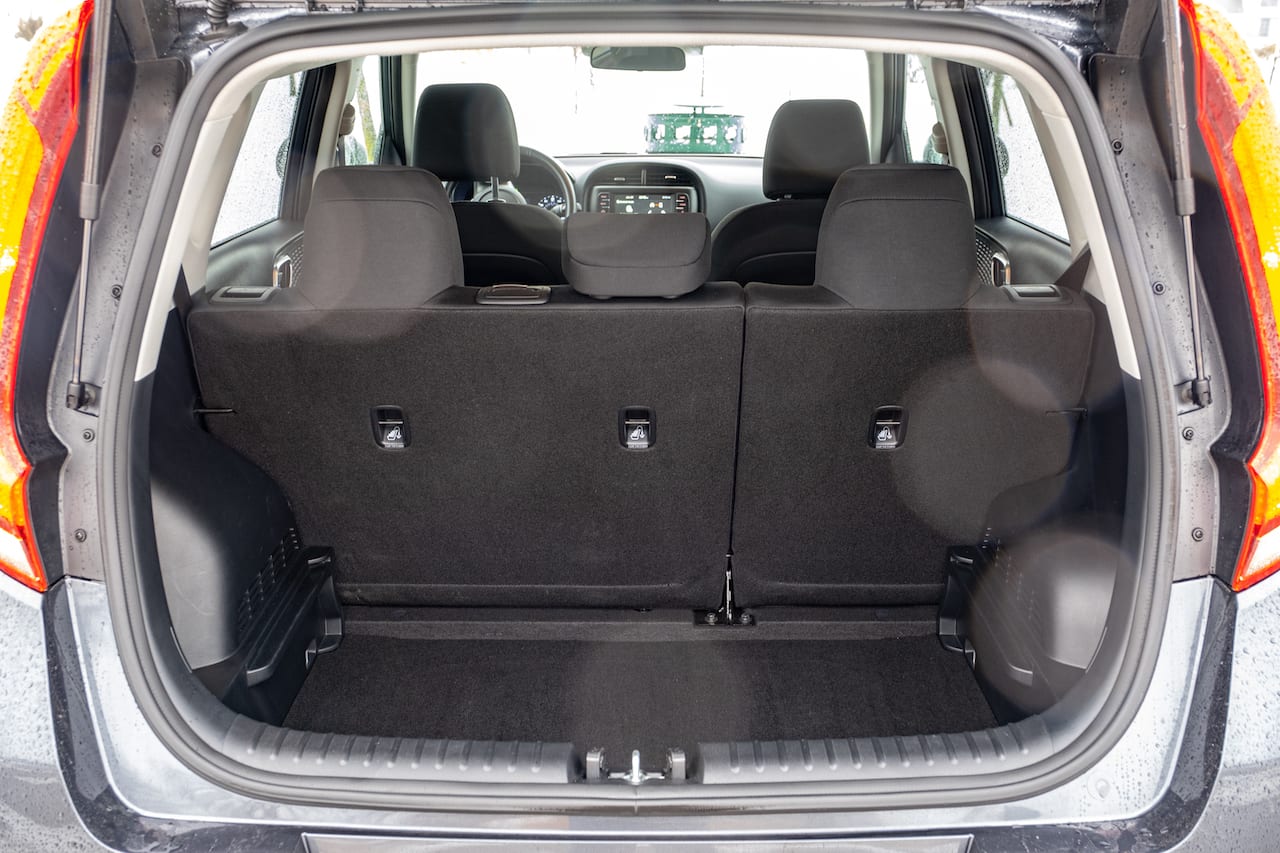 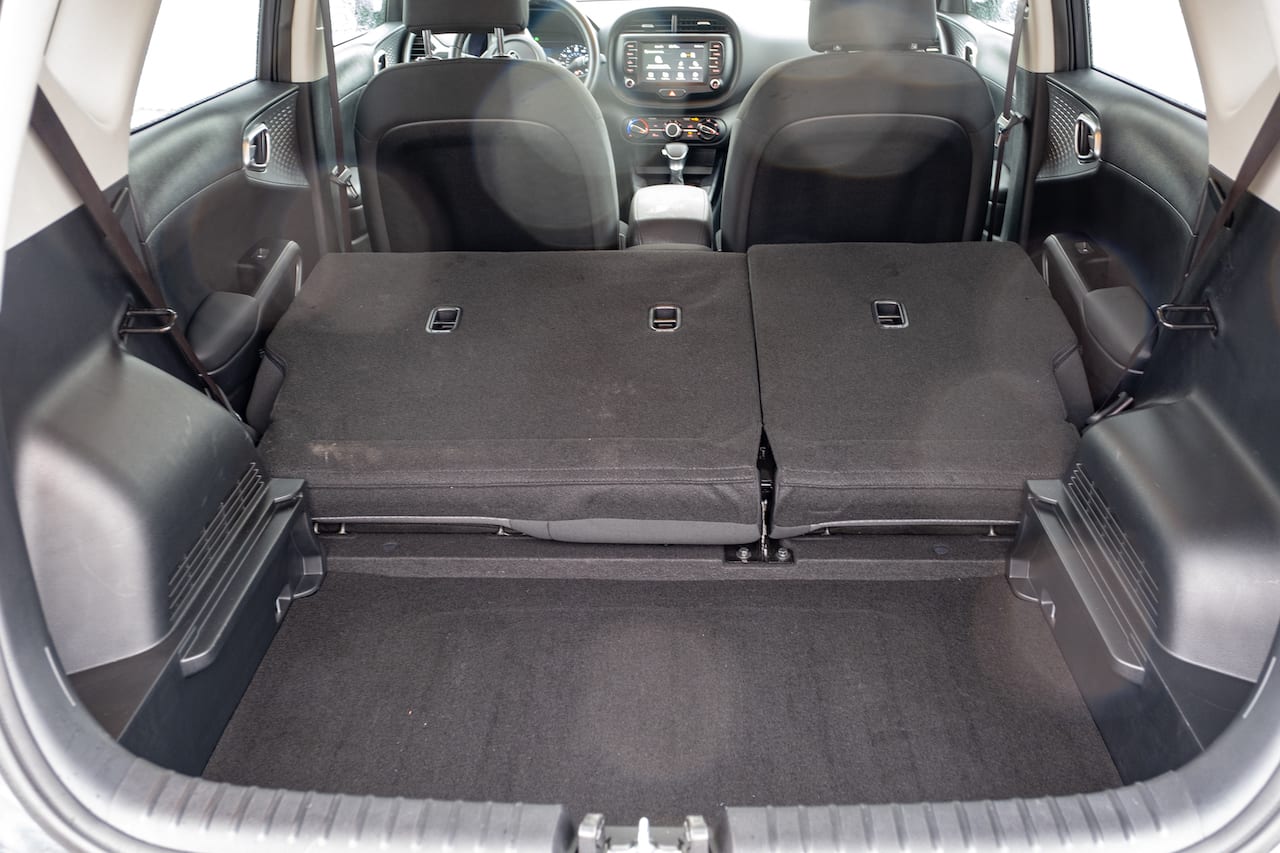 The interior materials of the Soul felt, OK. By OK, I mean there was nothing objectionable about them at the price, but the look and feel of it wasn’t any improvement over the previous generation. The instrument panel looks the same as every Kia for the last four or five years. The infotainment screen and it’s graphics look straight out of 2015. Again, they are fine, and at the price, I’m not expecting Genesis levels of refinement. However in the past where I felt you were getting good value for your money with the Soul, now it just feels very average, almost like they mailed it in. 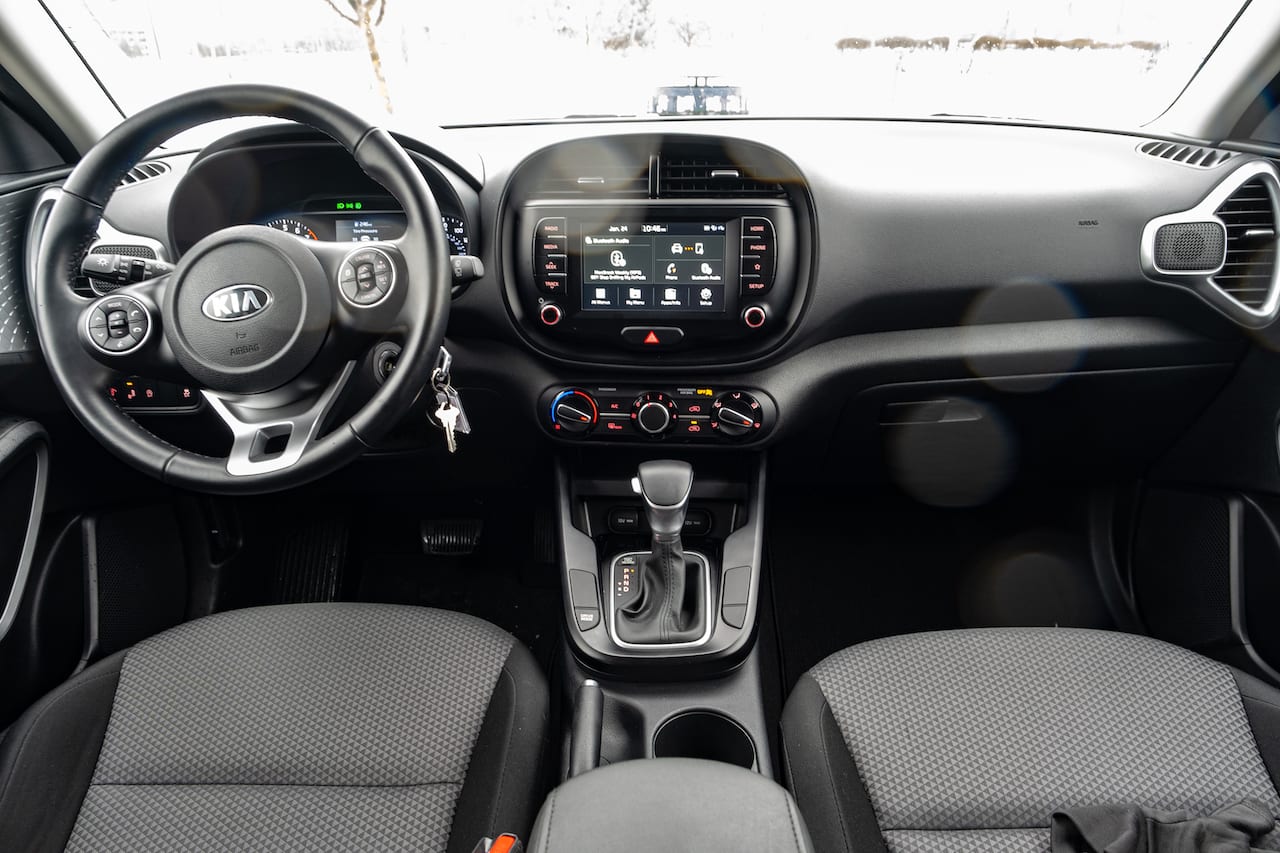 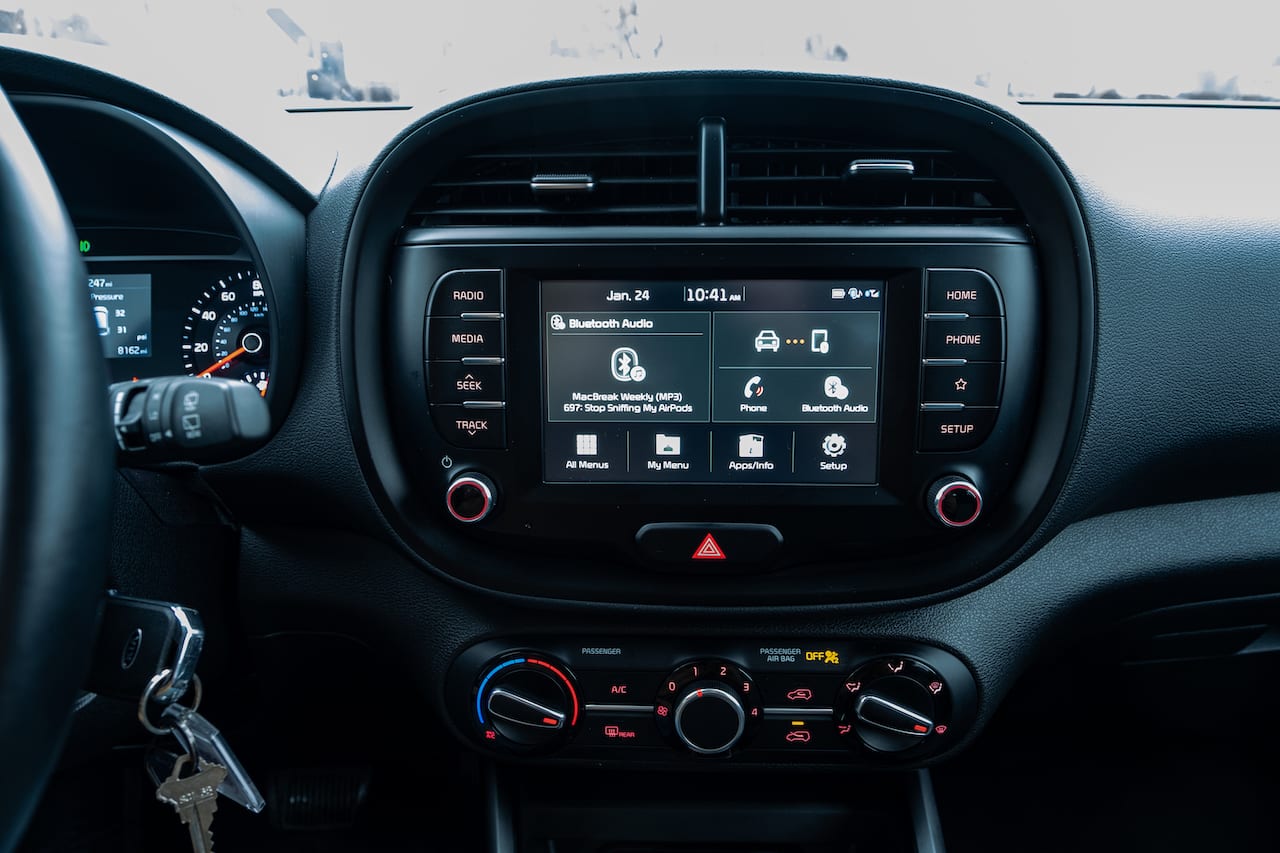 There were other small items. Of all the windows, only the driver’s window has auto-down, but no auto up. That is just like my personal vehicle, a 2005 Honda Element. There were no heated seats, whereas ten years ago you could find those in a mid-level trim Forte. The sound from the stereo was average at best. For a vehicle that is marketed towards a younger demographic, who will want to bump some tunes, well, you can have tunes, you just won’t be bumping them. Also, no SiriusXM in the system. Now, I don’t care about that, but just about everything new comes with it.

The fuel economy for the Soul was good. It is EPA rated at 27 city, 33 highway, and 30 combined. I got just about book on it, which is unusual on Winter gas. I typically see a one to three mpg drop for combined and highway during the winter months because of the fuel, here I did not. 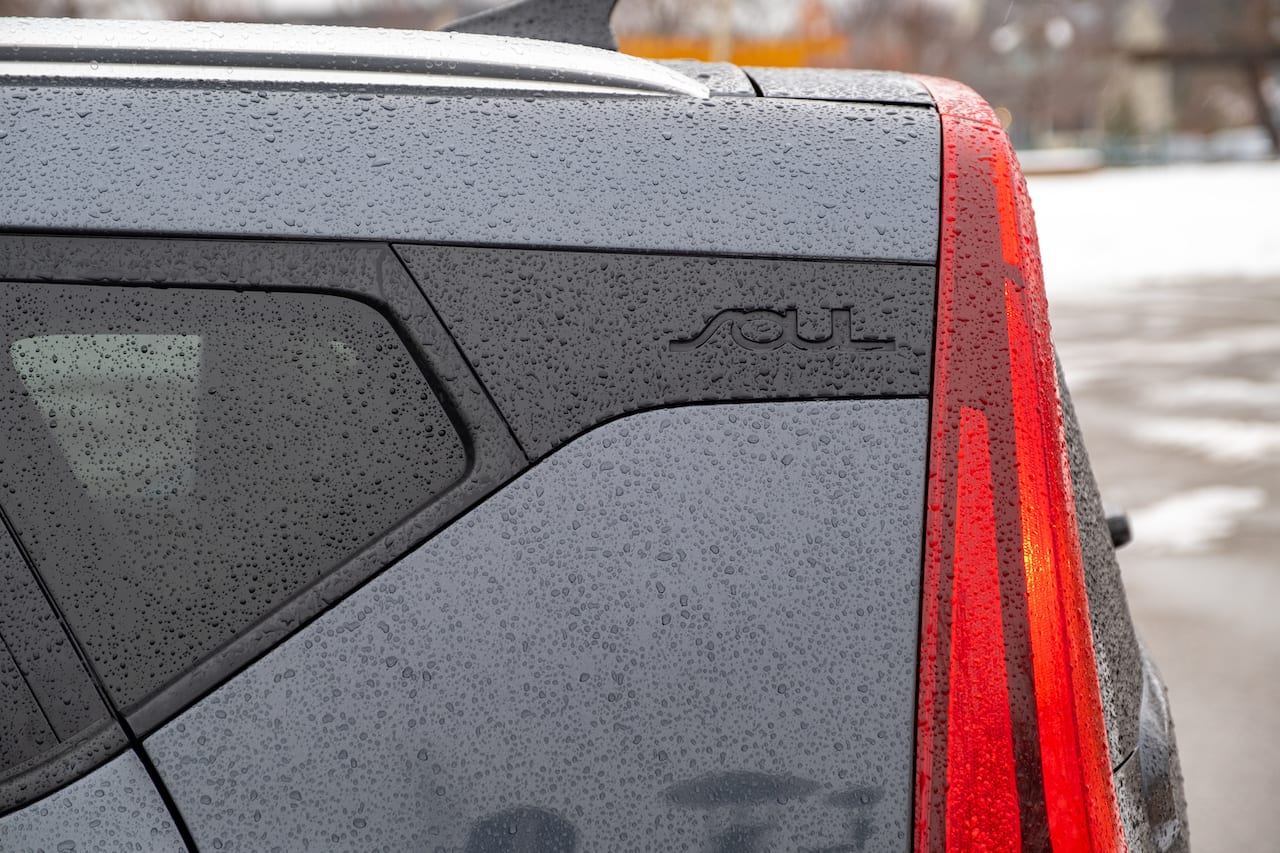 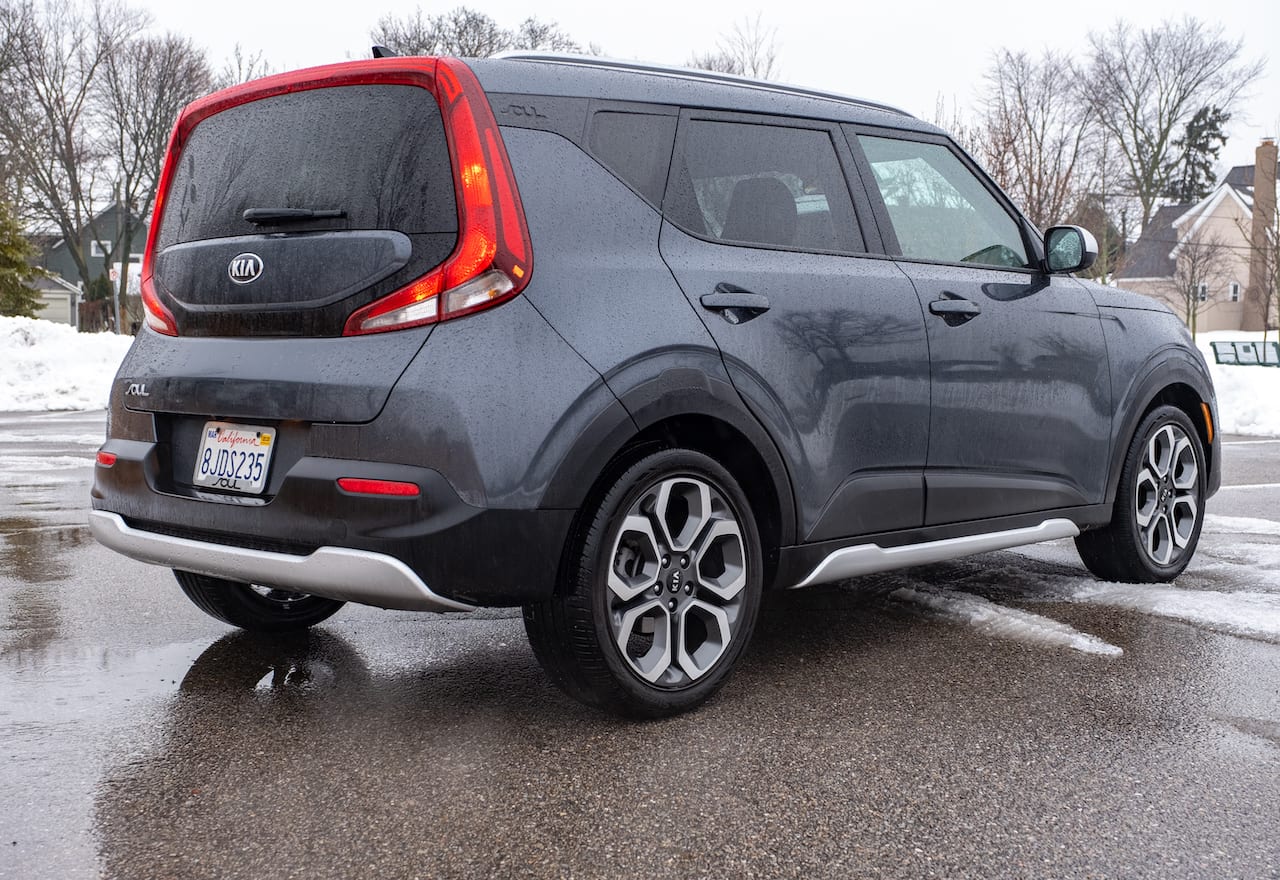 After a week with the vehicle and putting about 300 miles in it, I didn’t care about it. It was just there. It was just an appliance. When they came to pick it up, I couldn’t hand the keys over fast enough, and that is sad and unfortunate.

In a world where everything needs to be a crossover these days, sure this was already a crossover, but it was funky and fun enough that you didn’t care. It was more “tall cube”. The exterior styling on it remains good for me. It still retains a quirkiness to it. The interior, again for me, not different enough or updated enough from the last generation. Driving it was just not fun. The tires, the transmission, the lack of power (147 horsepower), that combination made it, maybe not a chore to drive, but certainly, nothing to look forward to.

If this is your first new vehicle, and you are dropping $22-$23 grand on it, you might feel a little disappointed. 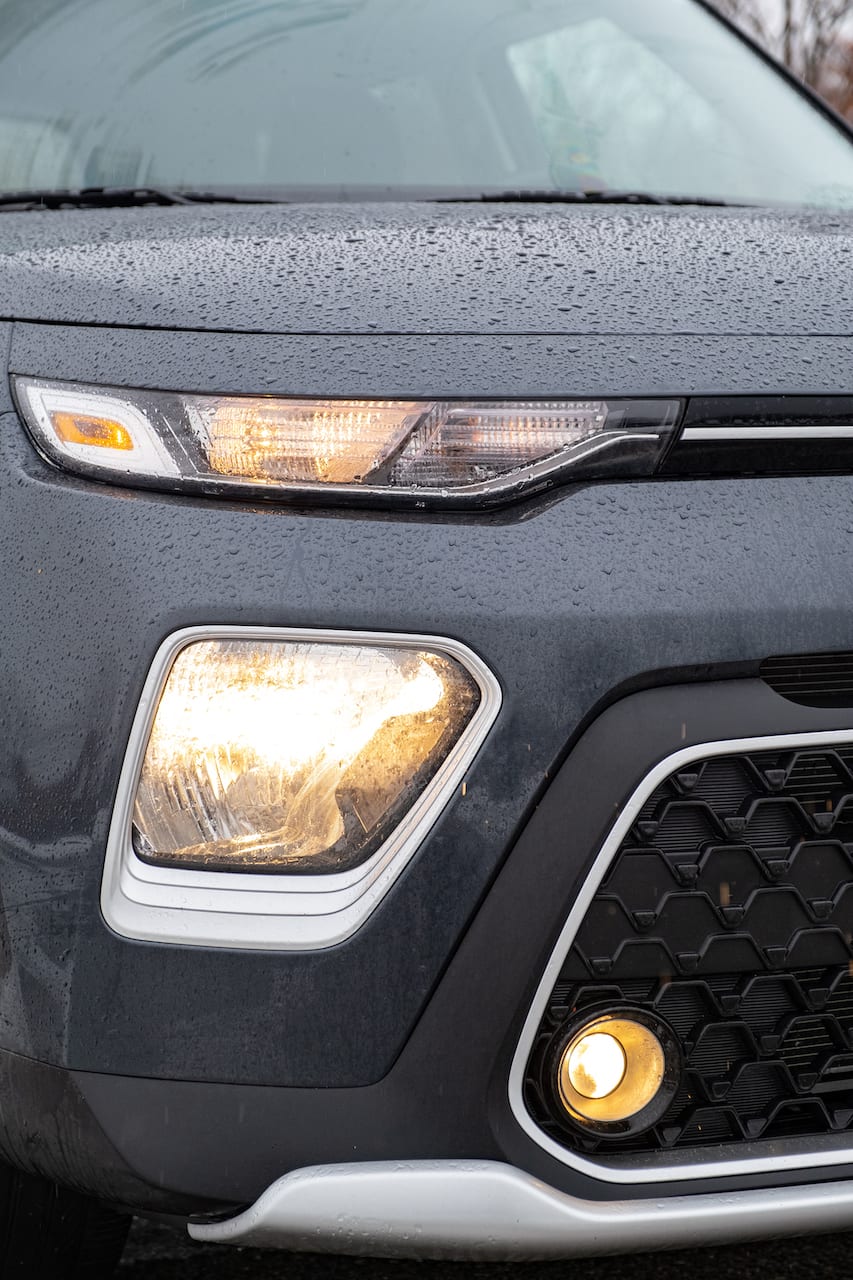 I think that the operative word for Kia Soul, at least in X-Line trim is disappointing. That thought comes from the fact that I had looked forward to this coming in for review and it was a large letdown. What we need more of are fun, funky, quirky vehicles. Of late everything is looking the same and driving the same. Everything seems to be bland, milquetoast, forgettable crossovers. The Soul was something that used to have some, the name was appropriate. But now, it seems to have gone missing. Kia, time to go back to work.

You did such a great job with the Telluride, can’t you sprinkle a little of that magic on the Soul?