Perhaps I am losing my grip on the automotive world. When I got a call asking me if I want to review the Hyundai Venue I quickly answered yes, without really knowing what the Venue was. I assumed it was an all-new vehicle, probably an SUV or SUV-ish in some way. I wanted more information, so I checked Hyundai’s press release to familiarize myself. Here is what it said:

Perhaps I am not only losing my grip on the automotive world but also on the rest of the world because I do not know what an urban entrepreneur is or does. In turn, I have no idea who, according to Hyundai, the target audience for the vehicle is. And so, I shall just write about this vehicle generically.

It’s the little one! 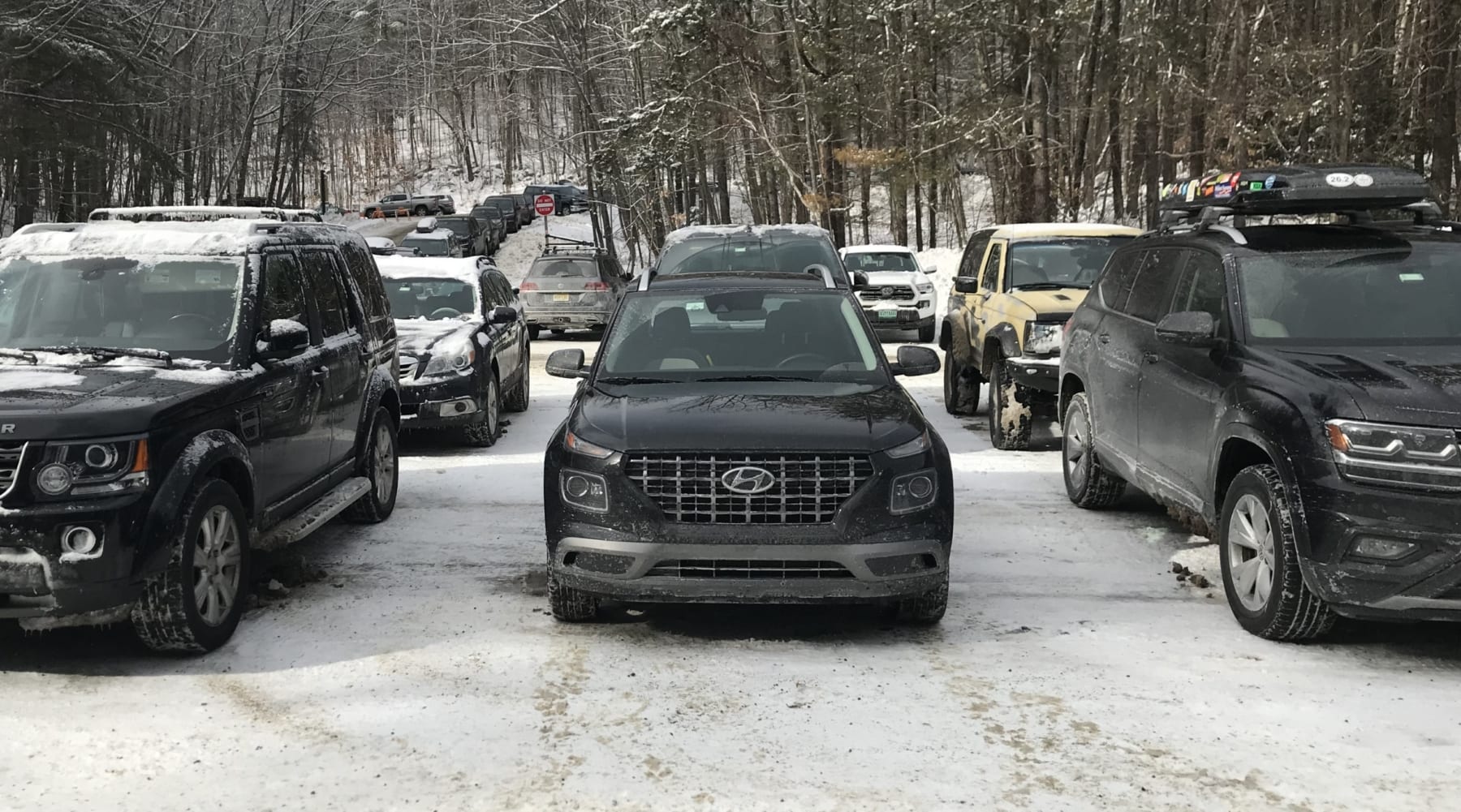 It looks like a tiny SUV. On Hyundai’s website, it is listed under the Tuscon and Kona, so it must be an SUV or at least SUV-ish. It has roof rack rails, so it has to be an SUV. The front has some funky headlights, slightly resembling the ’14-’18 Jeep Cherokee. The side has some sharp angles in the door frames but is otherwise plain. The rear has a slab-like look to it with equally funky taillights. It is a rather small vehicle by American standards and it looks to be going after the oddly styled Toyota C-HR.

The drivetrain is where the Venue loses a bit of its SUV-ness because it is only available as a front-wheel-drive vehicle. All three versions of the Venue are powered by the same 121-horsepower 1.6-liter four-banger. It has just enough power but it is buzzy and needs a lot of motivation at highway speeds. All versions are rated 30 MPG in the city and 34 on the highway, which are not spectacular figures. 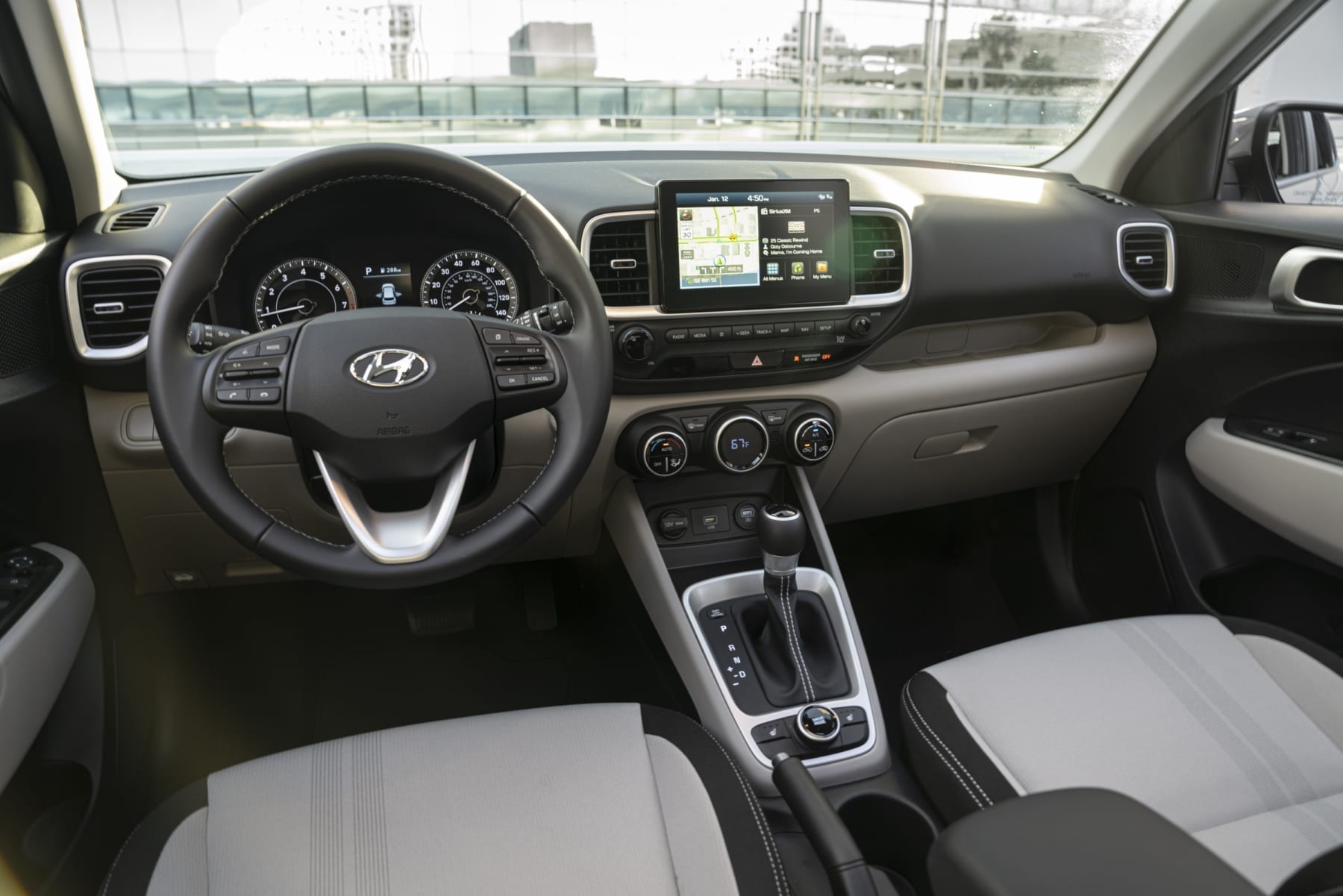 The interior is a typical Hyundai set up in terms of features and materials. Everything is intuitively placed and easy to use. The touchscreen is easy to navigate and it has proper volume and tuning knobs, as well as quick access hard buttons. Android Auto and Apple CarPlay work very well. Three big knobs for HVAC keep things simple. The loaded model pictured here had automatic climate control but that system didn’t always turn the A/C on when needed, which resulted in fogged-up windows.

The seats are not very comfortable but are wrapped in a nice fabric and are heated. More back support, a softer bottom, and some side bolstering would make them a lot better. The rear bench splits 60:40 and has an armrest. A USB port for rear passengers would have been a nice addition. The trunk has an interesting floor, that can be lowered to make more space or placed higher to make it even with the folded rear seats. 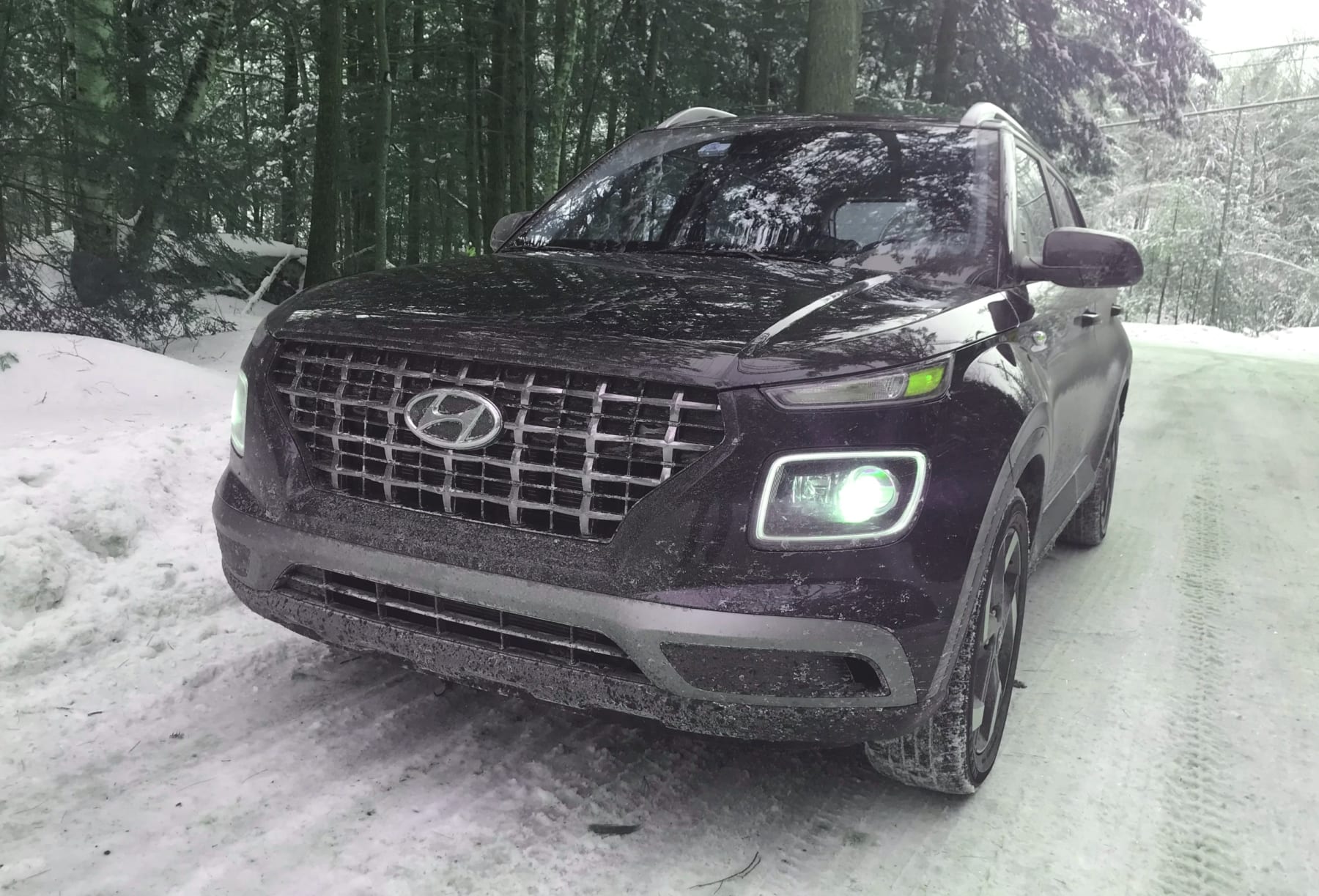 To fully evaluate its SUV-ness, I happened to drive the Venue on some post-snowstorm roads. Tires are the most important thing for winter driving and the Nexens that came on the Venue are just not good in the snow. Off-line traction was bad but it was fine once moving. Going up an angled driveway was impossible; it just would not go up it. I used an old trick and reversed it up the driveway. With the engine and more weight over the powered wheels, it reversed uphill well. If you like the Venue just make sure to get winter tires for it and there won’t be any issues. There is a snow driving mode and it kept the wheels from spinning once moving but it did nothing from a standstill.

To be fair to the Venue, it is Hyundai’s third lowest-priced vehicle, above the Accent and just $50 more than the base Veloster, and the lowest-priced SUV, or SUV-like vehicle. Its price starts at $16,850. The loaded SEL model seen in these pictures had an MSRP of $23,270. That is significantly less than the Toyota C-HR, Honda HR-V, or even the Corolla Hatchback.

The Venue is an entry-level, small SUV. Except it’s not really an SUV but more of a hatchback. It’s no Grand Tourer but it’s a damn good runabout. It’s another new vehicle in a competitive market but it does not really bring anything special along. Those who buy it will like it. Will urban entrepreneurs love it? I have no idea. 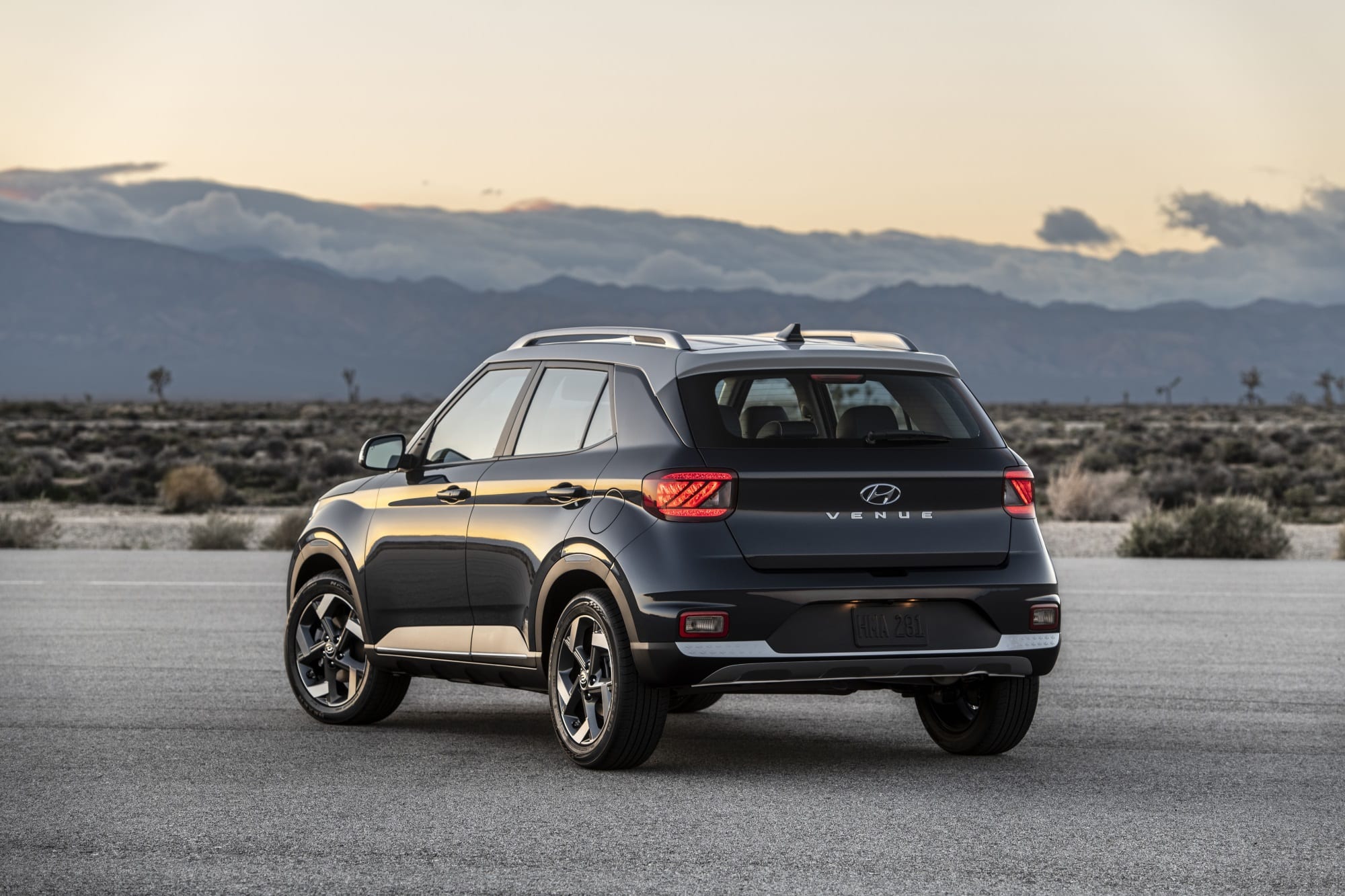 [Disclaimer: Hyundai tossed us the keys to its Venue and included a full tank of fuel.]