When Ford as a company declared that they were getting out of the car business and would concentrate on crossovers, SUVs, trucks, and vans, with the exception of the Mustang, the rollout of an iconic nameplate for its next-generation should be ultra important.

The Explorer is one of two or three vehicles that really brought the SUV and crossover to the mainstream. Now it takes its place as a replacement for what was the full-sized car segment, not only for Ford but in the market place in general. Taurus and Crown Vic are gone. Want a full-sized family sedan, you won’t find it at The Blue Oval. Nor under the Lincoln brand for much longer as the Continental is not long for this world.

With this latest generation of Explorer, everything needed to be spot on, especially when you consider how crowded and congested this market segment is. Kia, Toyota, Hyundai, Dodge, Chevrolet, Subaru, Honda, Nissan and Volkswagen all have entries here. To stand out, you really need to have all of your “I’s” dotted and your “T’s” crossed. 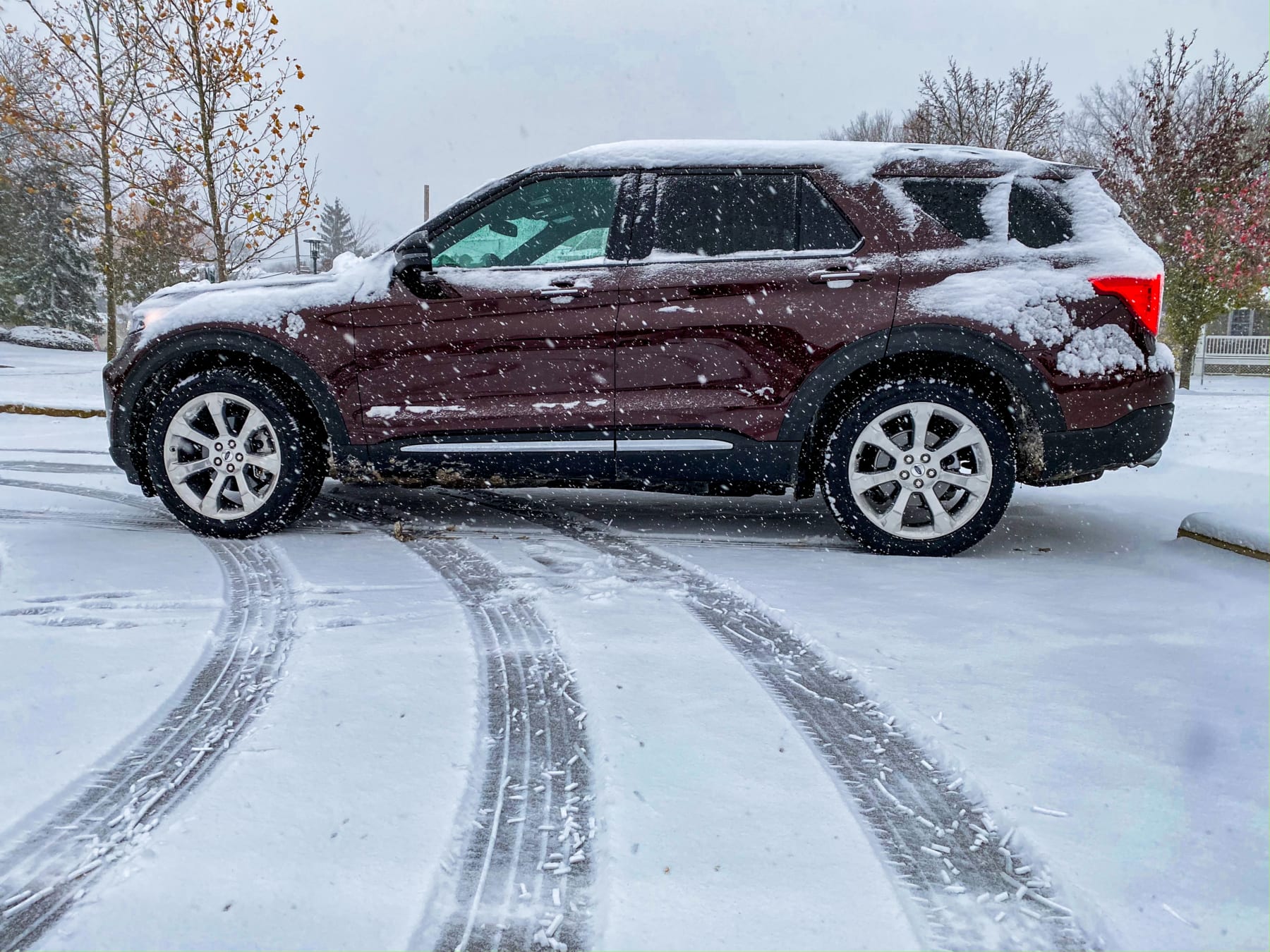 I had the chance to spend a week with a Platinum edition Explorer. You would think that at this trim level this would be the best that Ford has to present to the market. Consider as well an MSRP of $61,330 as delivered, and your expectations are set quite high.

From a styling perspective, the Explorer looks good, though it breaks no new ground. It’s an evolution from the previous generation. Thankfully its dimensions haven’t grown much as this is a large vehicle, to begin with.

Where “Things” Don’t Measure Up

Once you step inside, that is where things begin to fall short. To cut right to the point, while the materials are fine, there is nothing “premium” here that qualifies for a Platinum trim label. If this were the XLT, sure, it would be as I would expect. It doesn’t fall as short as say Chevrolet’s interior, not by a long shot. Explorer just doesn’t measure up to the three that do make the podium, and I’ll get to those shortly. 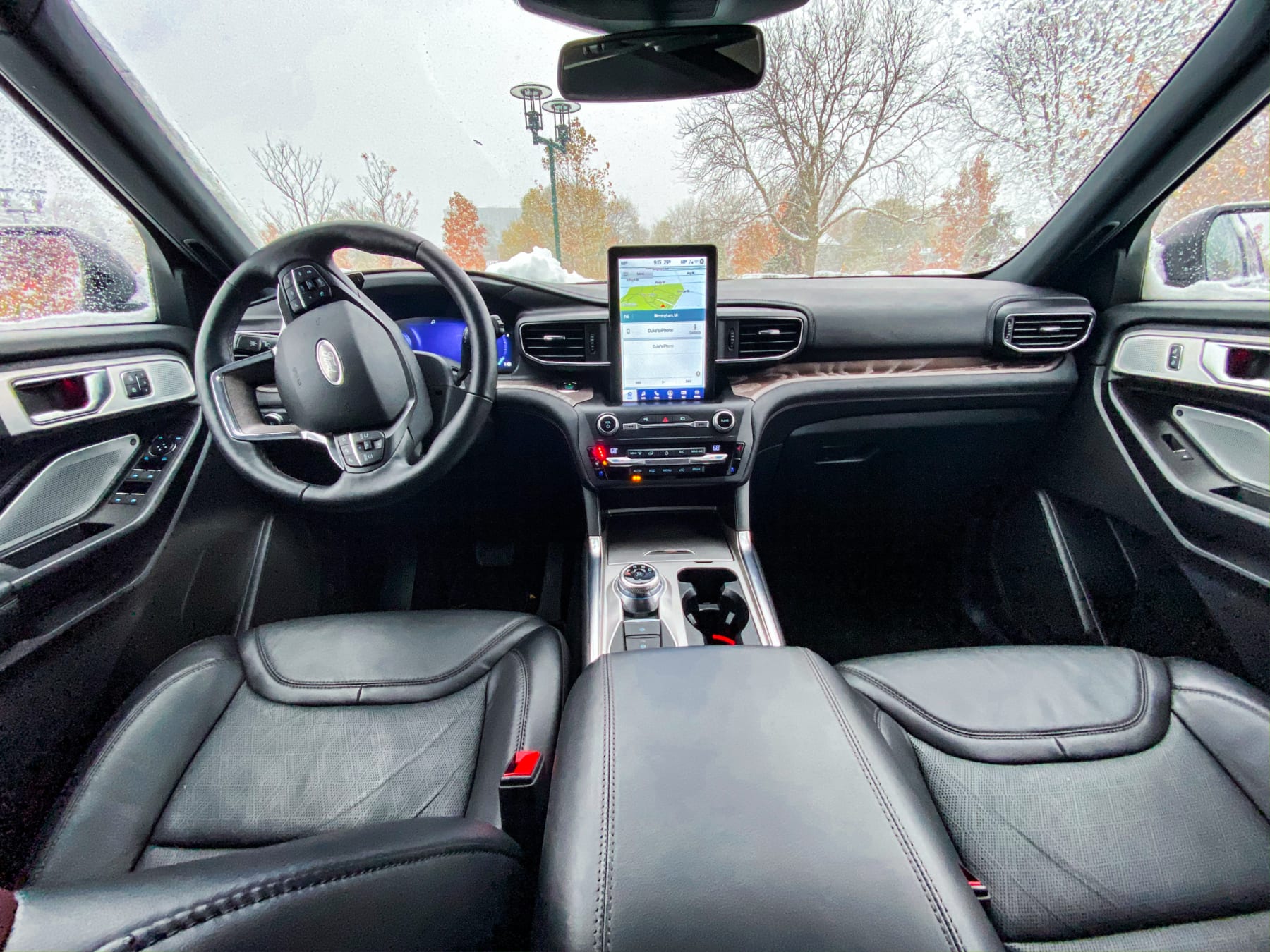 The instrument cluster deserves some mention. While I’m not the biggest fan of the big screen IP’s that have become de rigueur, this one has potential that was not well executed. The colors and contrast are good, the brightness is good, there is some styling with graphics that are nice. However, when it comes down to what you see as you are driving, there is (a) a ton of underutilized place and (b) a lack of customization to get some or all of the information you’d like to have. Spend 15 minutes in a Volkswagen or Audi that has a similarly styled instrument panel and Ford’s shortcomings are obvious. 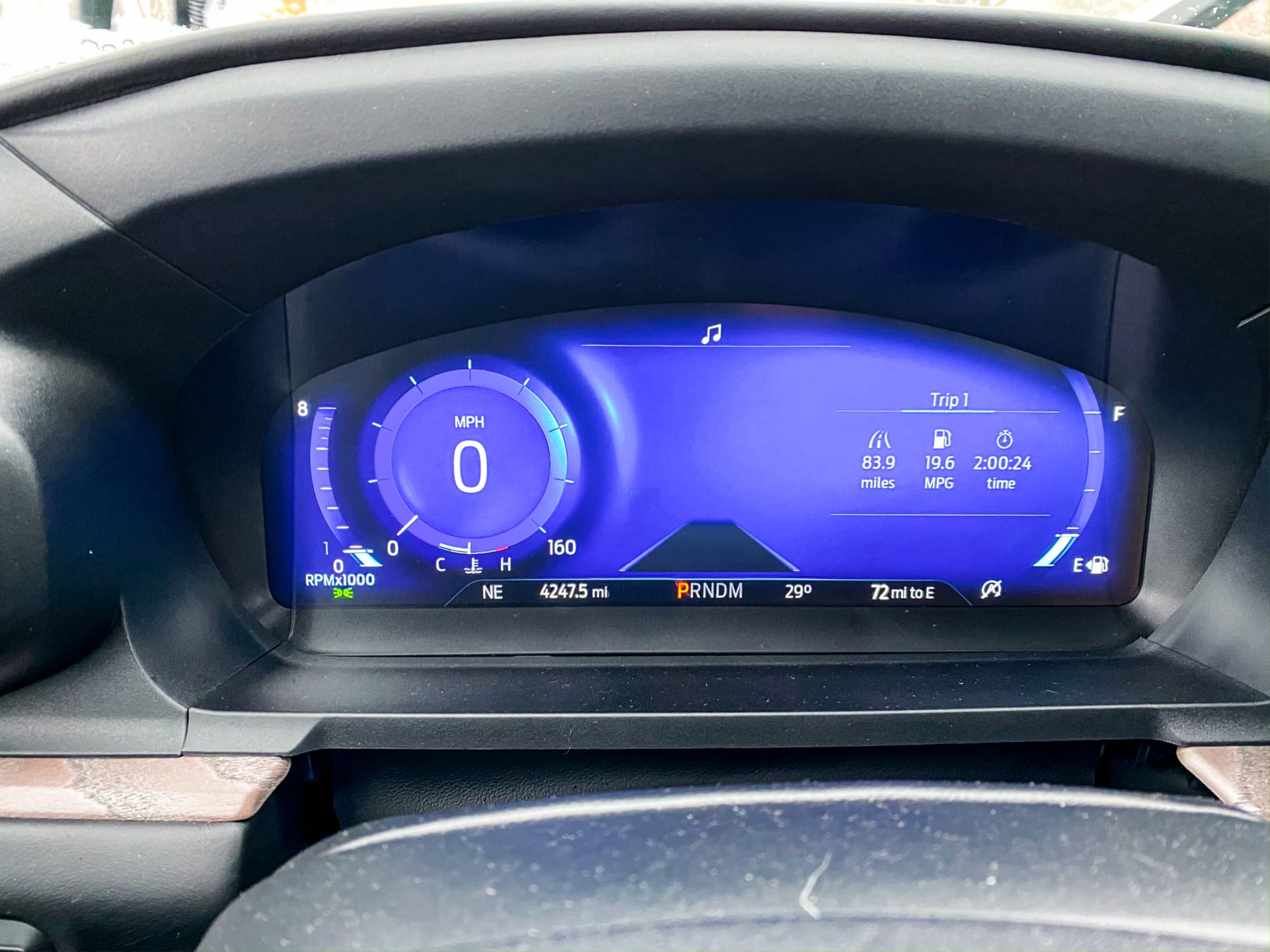 Next, are the infotainment screen and system. Yes, it’s nicely sized, but it looks and feels cheap. As in Amazon Kindle Fire feeling like an iPad Pro compared to the Ford display. It is dreadfully slow, not only in boot up but in execution. Try to scroll through radio stations, terrestrial or satellite and the system is fifteen stations behind. When you get in and start the vehicle you never know what audio will start. Maybe you were listening to SiriusXM and then switched to Bluetooth on your phone for a podcast or Spotify. You may get AM radio instead of on your next startup. On more than one occasion my phone wouldn’t connect at all through Bluetooth. 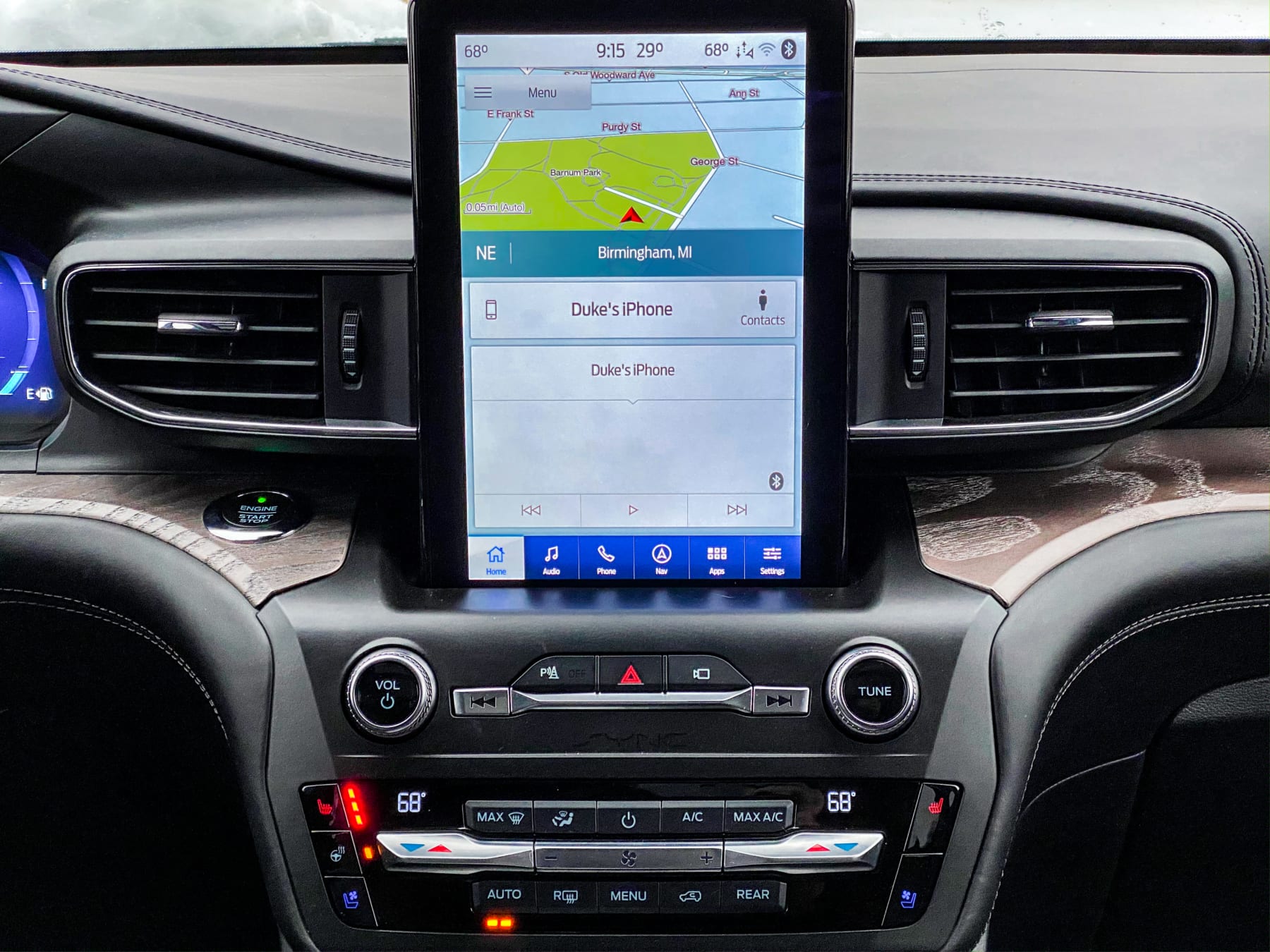 Once connected the B&O system is actually quite good. Those who have read other reviews from me will know that I’m quite particular about the quality of audio systems in vehicles, and from a sound quality standpoint, this one is better than most.

The downside of all this is that the Explorer is actually quite good on the road. It is quiet, it rides well, and for as big as it is, it is not difficult to park. I do wish however that the images for the parking cameras were larger. Given the large tablet screen, the graphic with the sensor warnings was as large or larger than the actual images from the camera. There were a couple of tights spots I had to get in and out of that could have been easier and faster with a larger image from the parking cameras. Looking out over the hood, being as tall as it is, it is a little difficult to judge close proximities visually.

The 3.0-liter EcoBoost engine and the ten-speed transmission worked quite well together. There was plenty of low-end torque to get you moving, and rolling down the highway at 80 mph, the engine was turning very few RPMs, 1,400 if I recall correctly. Yet if you needed to get around someone, it dropped three or four gears quickly and didn’t miss a beat.

EPA fuel economy is rated 18 city, 24 highway and 20 combined. I saw just about 16 in the city and 23 on the highway. That said EPA numbers are right in line with the likes of Toyota, Honda, Kia/Hyundai and Volkswagen. 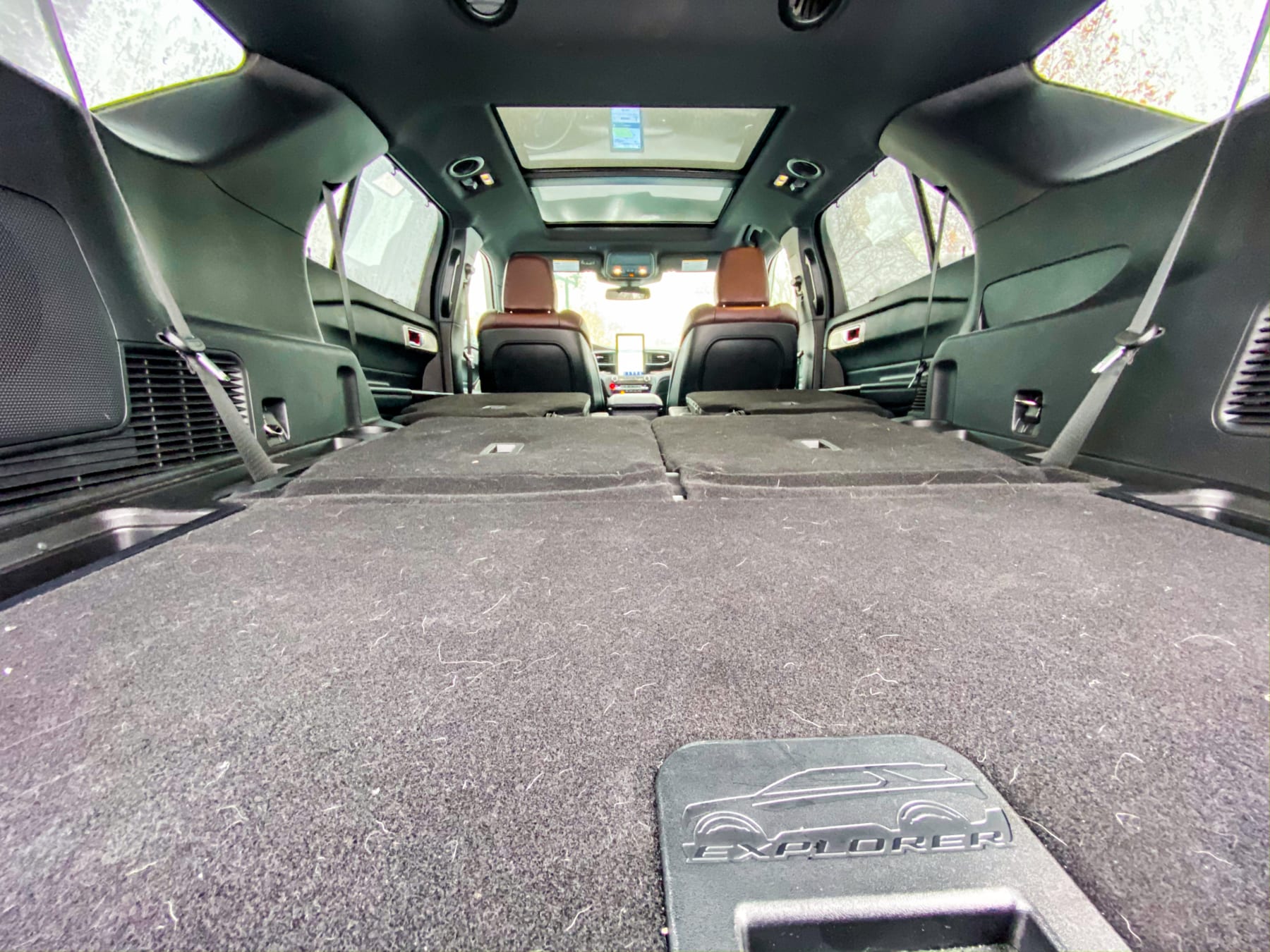 Even though the Explorer is a rear drive based platform when it comes to towing there isn’t that much difference. As an example, this AWD 3.0 EcoBoost is rated at 5,600 pounds for towing, a Telluride is 5,000. 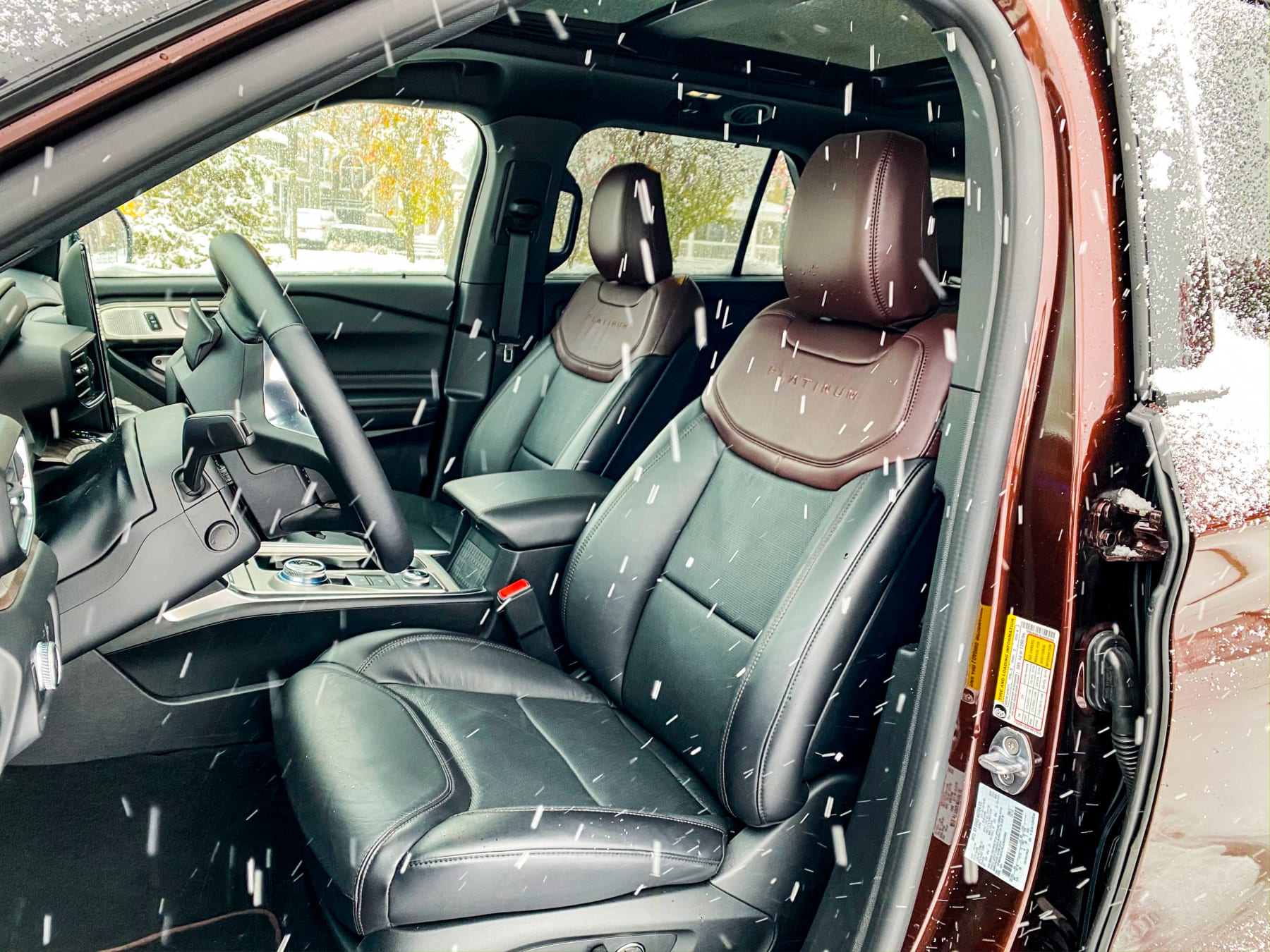 When it comes across the finish line, the Ford Explorer is good, but it doesn’t make the podium. It is beat out by the outgoing Toyota Highlander in third and then a tie for first and second between the Hyundai Palisade (I rate second) and the Kia Telluride as the winner. The difference between the Kia and the Hyundai is all which you like better in interior and exterior styling and finishes. All three offer better interiors, better fit and finish and better value for money. Where the Ford stickers for a touch over $60K, you’d be very hard-pressed to price the Kia, Hyundai or Toyota at over $50K. That $10,000 difference buys a lot of gas, insurance and probably a vacation or two with your family. In the end, the Ford isn’t bad, it’s just that several others are better for less money.