This new 1.4-liter turbocharged engine isn’t exactly new. It made its North American debut on the new 2019 Jetta but versions of have been around for a few years in Europe. It makes 147-horsepower and 184 lb-ft of torque. If that may seem low, it’s because it is. The old 1.8-liter turbo made 170-horsepower. When equipped with a manual transmission, the old engine made 199 lb-ft of torque, which is the same as the new engine with either transmission. 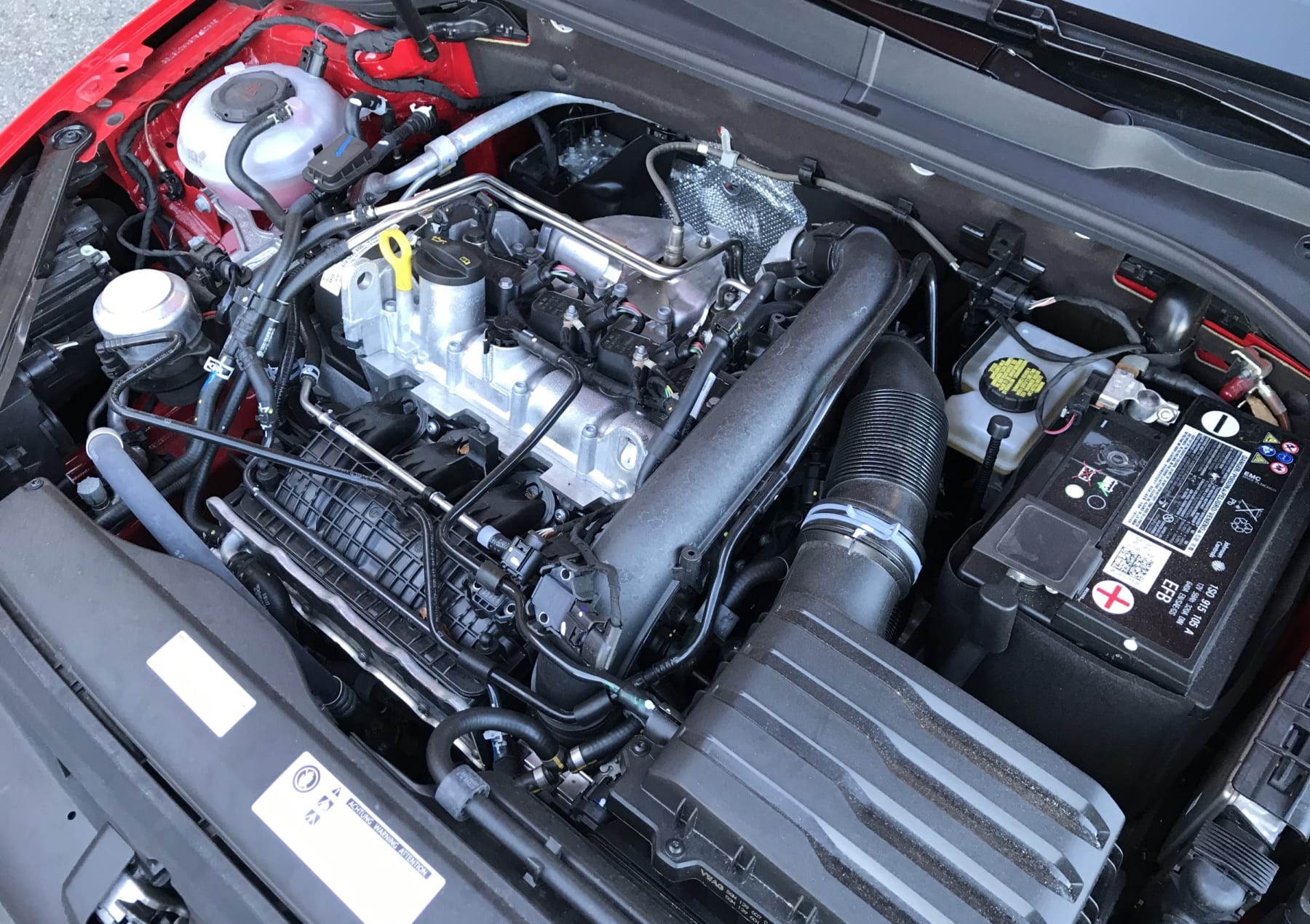 If this makes you say hmm…, you’re not alone. Usually when automakers update engines they aim for more power, because more is better. But that’s not the case here. A drop of 23-ponies is substantial. But you’d be fooling yourself if an automaker released this lower power engine and not make the vehicle somehow better in the process. And that’s exactly what happened here.

The new engine is lighter. It spins faster. Turbo-lag is less evident. Coupled with the eight-speed slushbox, it feels a lot more agile than the boat anchor 1.8T. And, most importantly, fuel mileage raises substantially to 37 MPG highway and 29 MPG in the city, up from 33/24 highway/city of the old engine.

My butt dyno doesn’t know if the 1.4 is faster than the 1.8, but it probably isn’t. But the 1.4 feels faster, and the whole car feels better, livelier, probably because the new engine is lighter. No, the basic Golf SE is not approaching GTI limits but it is fun to drive, at least significantly more fun than a similar 2018 Golf with 1.8-liter engine. 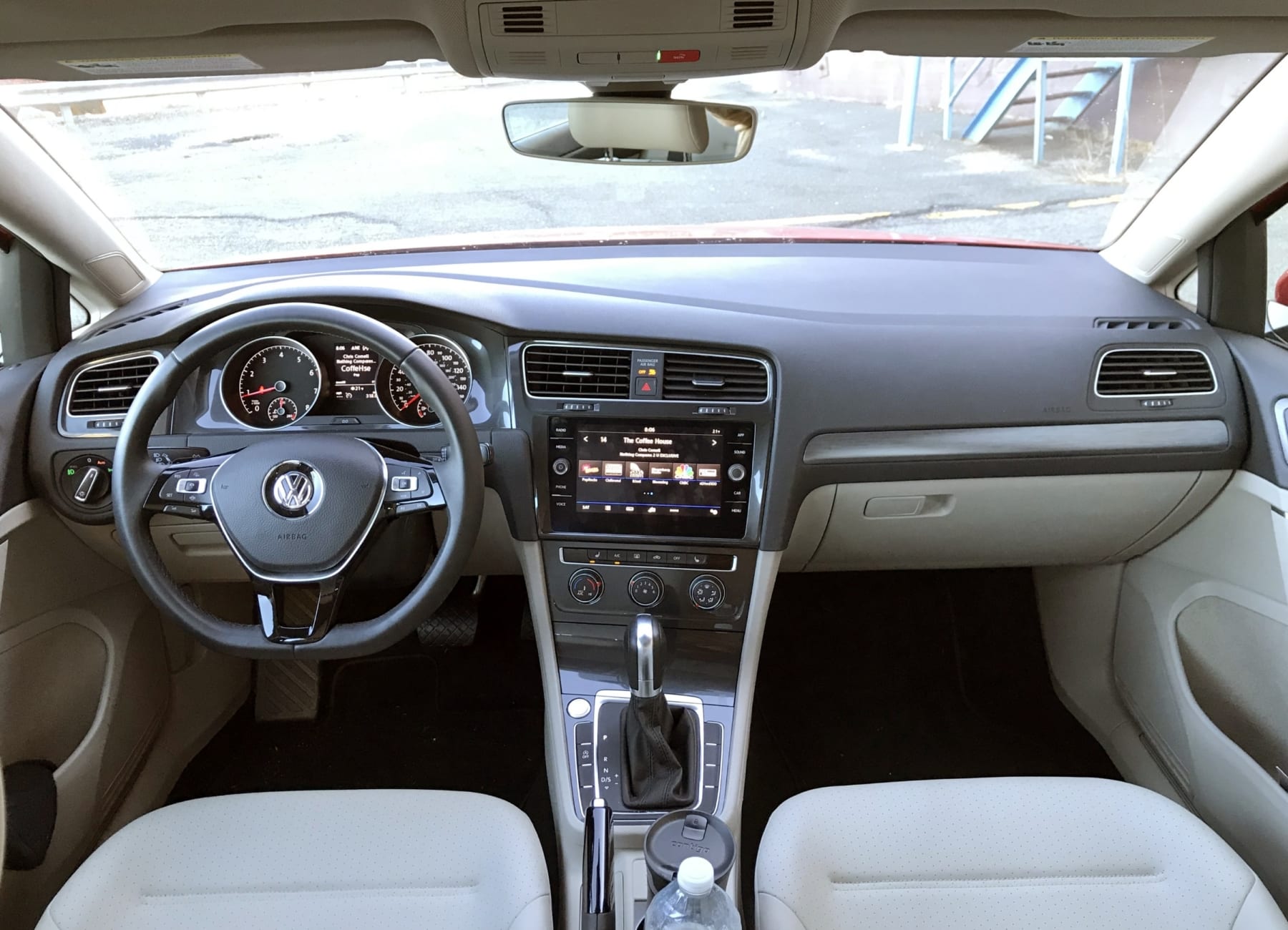 Everything else seems to be the same. Literally, I don’t think there are any visual or functional differences between the 2019 and 2018 models. The same goes for the inside, where an addition of another USB port (there is only one) would have been welcome. The seats are the same too, which is unfortunate because they’re not very comfortable. This is especially unfortunate because the GTI seats are superior.

So the 2019 Golf is the pretty much the same as the old Golf. It’s unlikely that the power reduction will be noticed by a casual Golf buyer but the casual buyer will notice the fuel economy improvement and the response of the engine. The next generation of Golf was shown in the European markets but there are no major changes for the North American 2020 model year Golf. 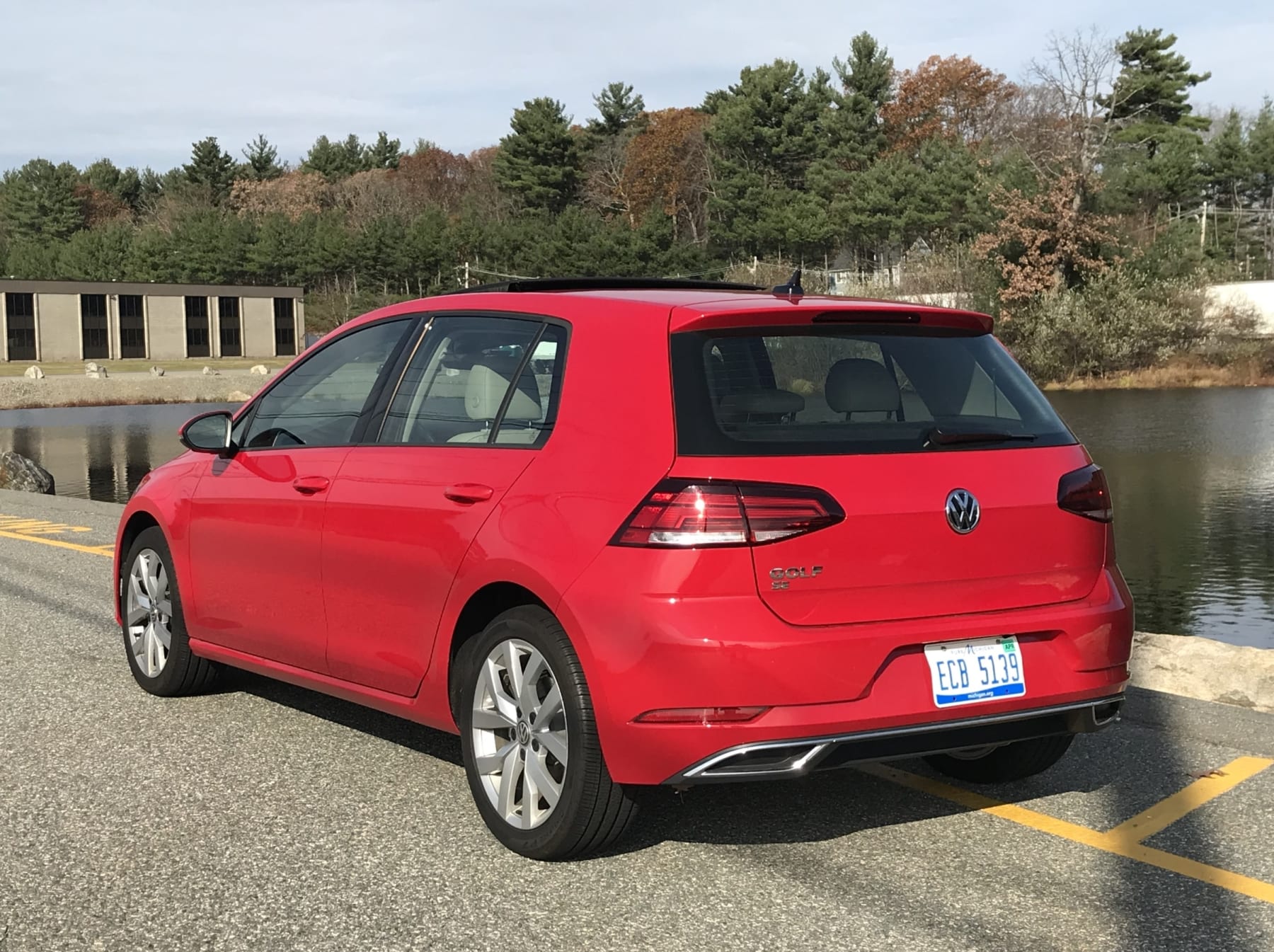 [Disclaimer: Volkswagen provided this Golf SE for the purpose of this review. All images copyright Kamil Kaluski/Hooniverse 2019]