While I didn’t attend the launch of the 2019 Chevy Silverado, several people I know did. One of the items that they all relayed from Chevy’s message was “This is the most important vehicle we’ve ever built.”  So it was with this context that I evaluated the vehicle. 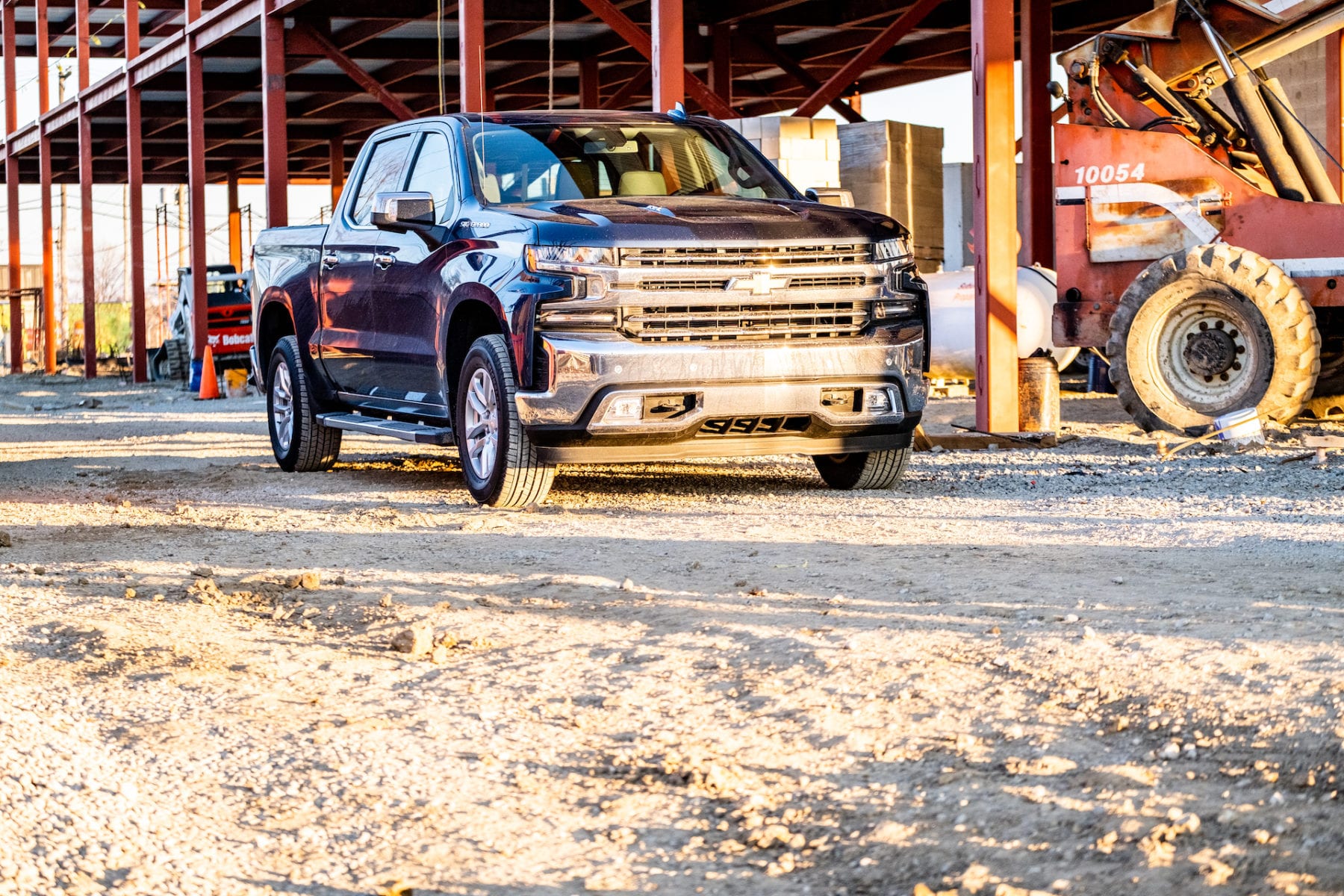 Up for review was the 2019 Silverado 4WD LTZ Crew, with the 6.2-liter V8 and the 10-speed automatic transmission. With this new generation of Silverado, Chevrolet has made it taller, longer, and wider. It’s ok to comment here about how today’s half-ton pickup is the same size as the late-90s to early-2000s three-quarter-and-one-ton truck because it’s absolutely true.

The size of this truck is immediately apparent when you try to park it. For context, understand that one of the first vehicles I learned to drive and parallel park was a manual Ford F-250 3/4-ton. The length of the Silverado makes turning in to the widest of suburban parking lot slots an adventure. If you are OCD about parking straight between the lines it will take you two or three attempts. Once you are there, you will see that there is NO space between your doors and the parking lines. 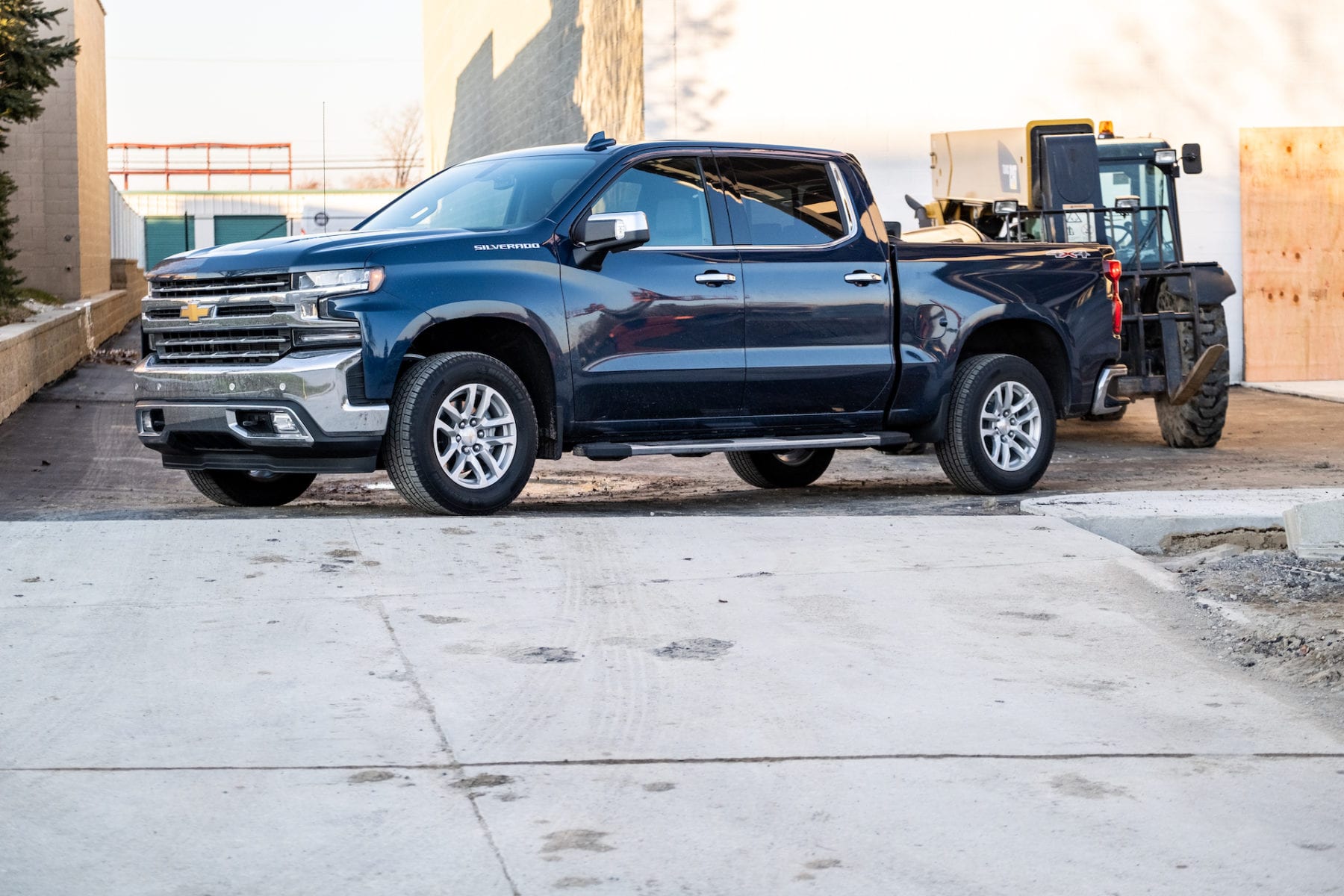 This is all in suburbia where everything is supersized and wide when it comes to parking. Trying to drive this Silverado in the city, or through an older, pre-WWII neighborhood becomes its own challenge.

While I’m sure if you talk to the PR people at Chevrolet they would say that feedback from their customers was a desire for more room in the cab of the truck. That’s what they gave them. Henry Ford famously said, “If I asked customers what they wanted they would have told me a faster horse.”  Then again, this “64-oz Double Big Gulp” sizing is why “compact” pickups like Colorado (sized like an early 90s half-ton) are selling so well. 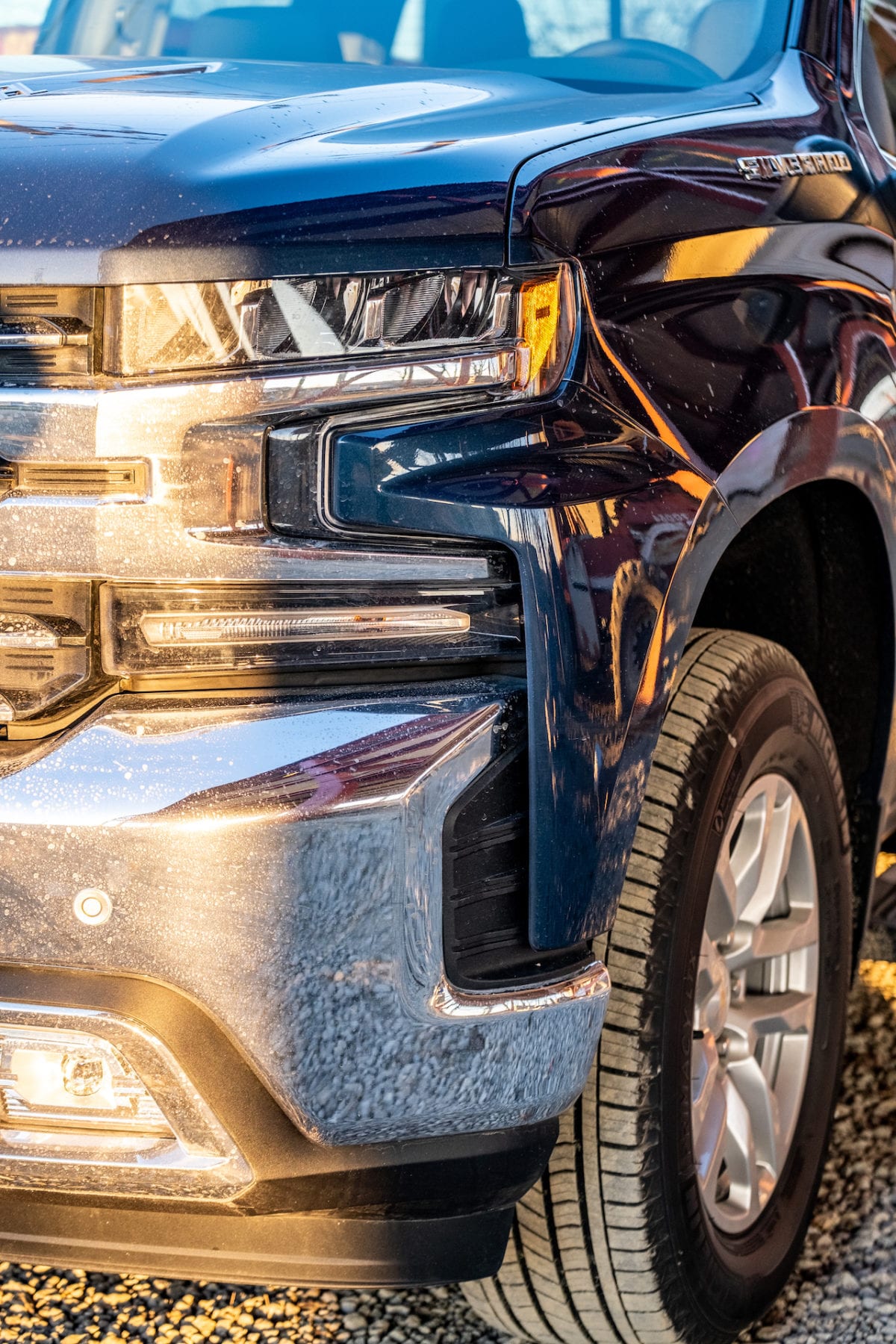 As for the styling of the new Silverado, while it has ruffled feathers, generally I think it’s attractive and it looks good on the job site. Truck buyers tend to be pretty conservative when it comes to the styling of their trucks.  So, any change from what they are accustomed to will be met with resistance. Overall though, this is good. It won’t be like the new Camaro where it’s all hands on deck for an immediate restyle of the front end.

On the road, the Silverado is comfortable and capable. One thing that GM does well is make large trucks and SUVs ride and handle better than expected.  With the Silverado, that trend continues. Running to the big box hardware store, kids to activities or between job sites, the Silverado is pleasant to drive. However, and this is the 800-pound gorilla in the cab, you have to live with the interior of the truck. 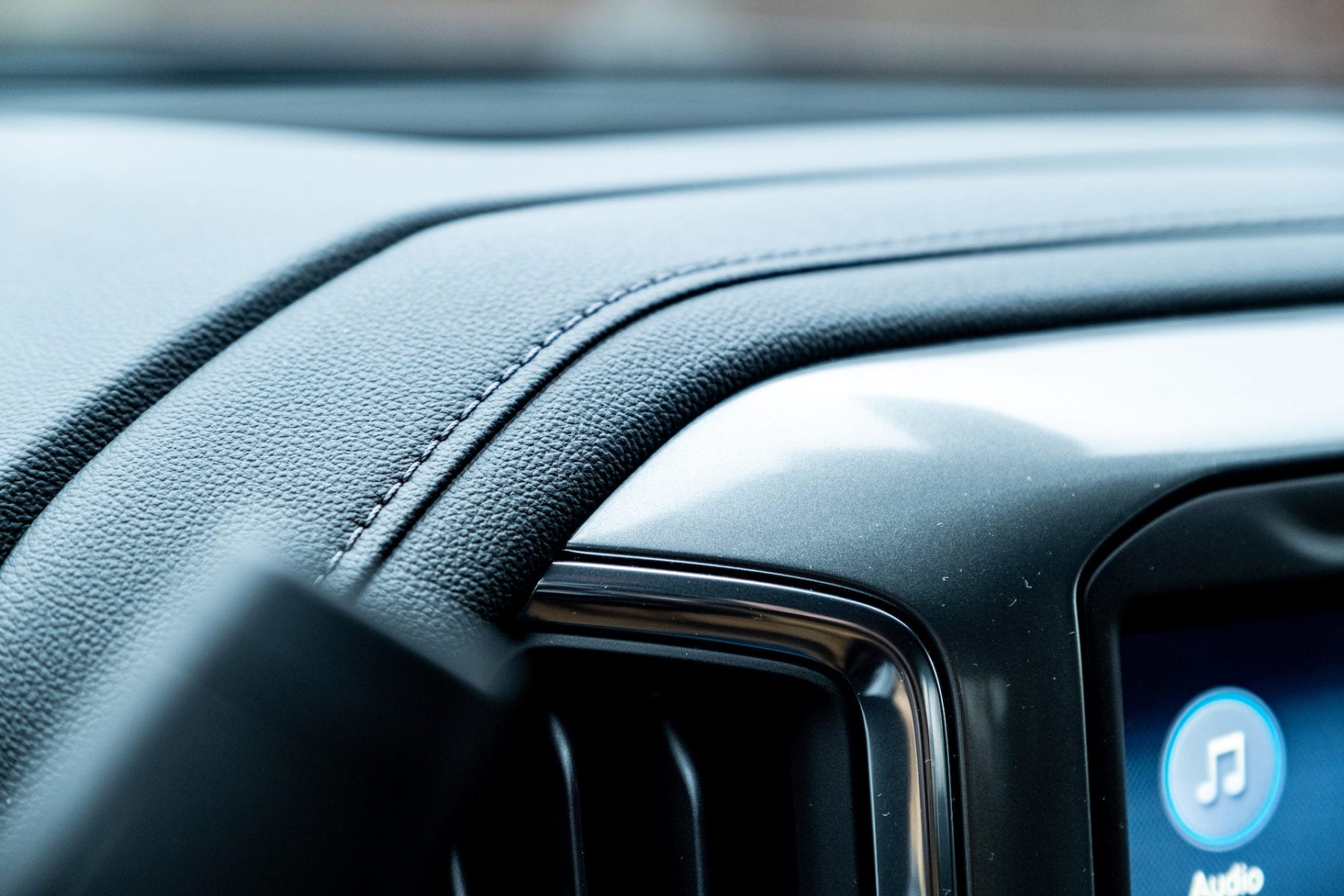 The materials used for the interior are more suited for the Cruze at $22,000. While the overall layout of the Silverado is okay, from a design point it looks like it has not evolved from the early 2000s. 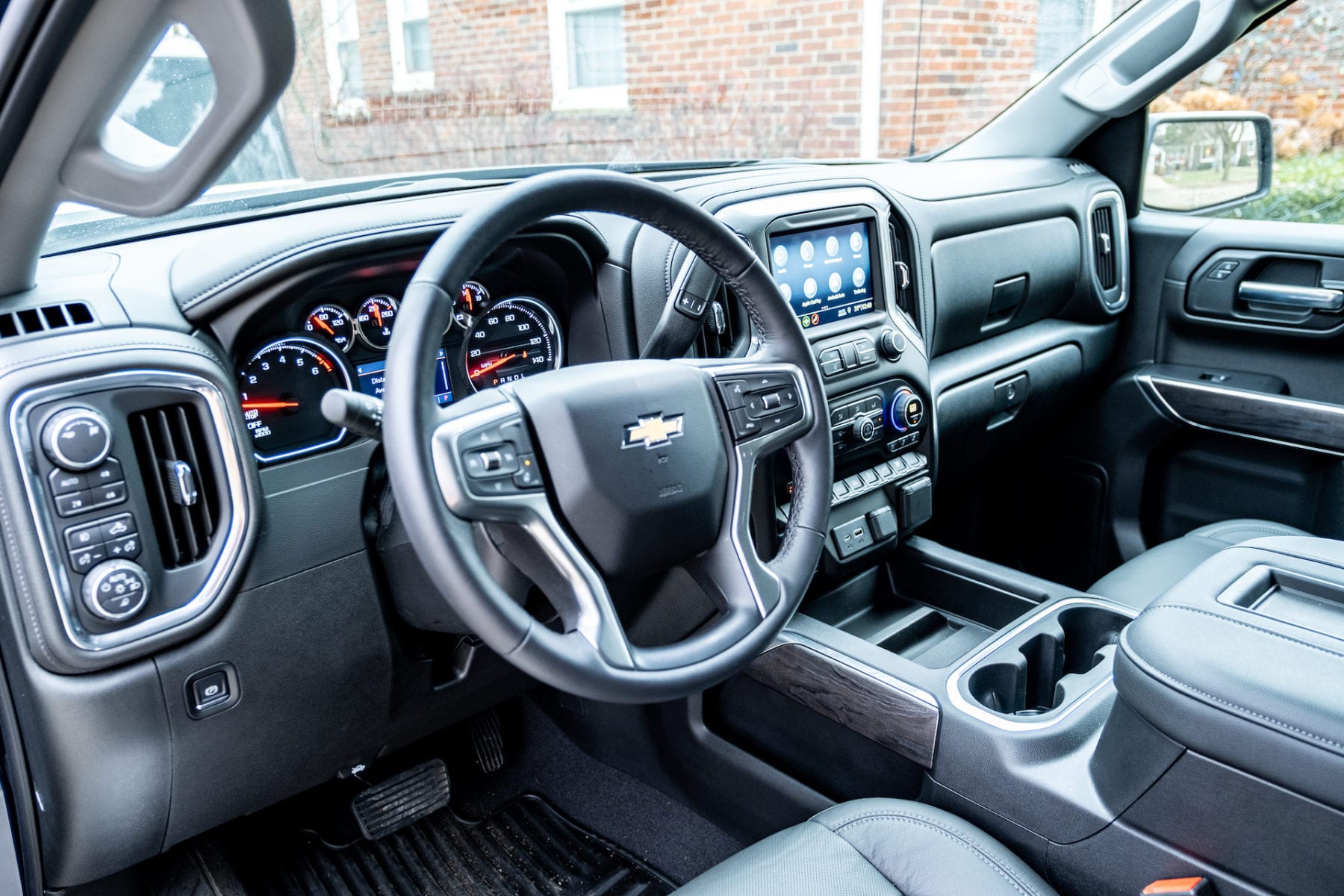 Let me also take a moment to call out the stereo in my review unit. It may be the very worst stereo I’ve ever heard in my fifteen years of reviewing cars. The following statement is only slightly hyperbolic but is needed to illustrate just how bad it was.  The AM-only radio in a 1972 Nova with a single dash speaker may have better audio than this unit.

For those riding in the rear seats, you will have plenty of room to stretch out.  A six-footer can easily ride behind a six-foot-tall driver. With as thin as the rear seats are though, how long you’d want to be back there is another story. You do get a heated seat, along with a USB and micro-USB charger, as well as a 12-volt power port. 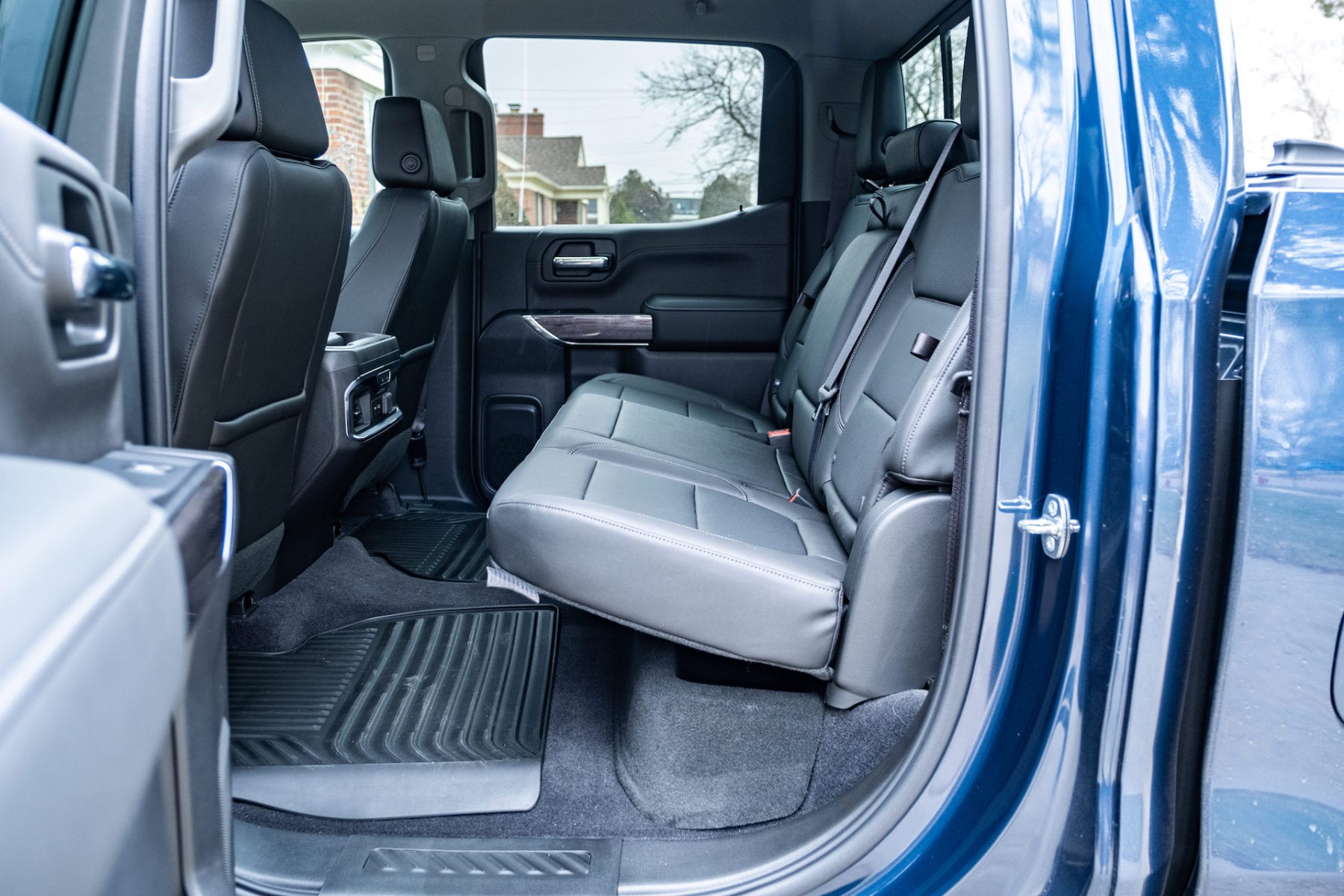 When a new model comes out, it generally has better fuel economy. Not the 2019 Silverado. Yes, it’s actually down one MPG across the board with the 6.2-liter V8. Even with cylinder deactivation, it clocks in at 16 city, 20 highway and 17 combined. Real world performance wasn’t close. Thirteen to fourteen in the city and eighteen on the highway were the best we got. 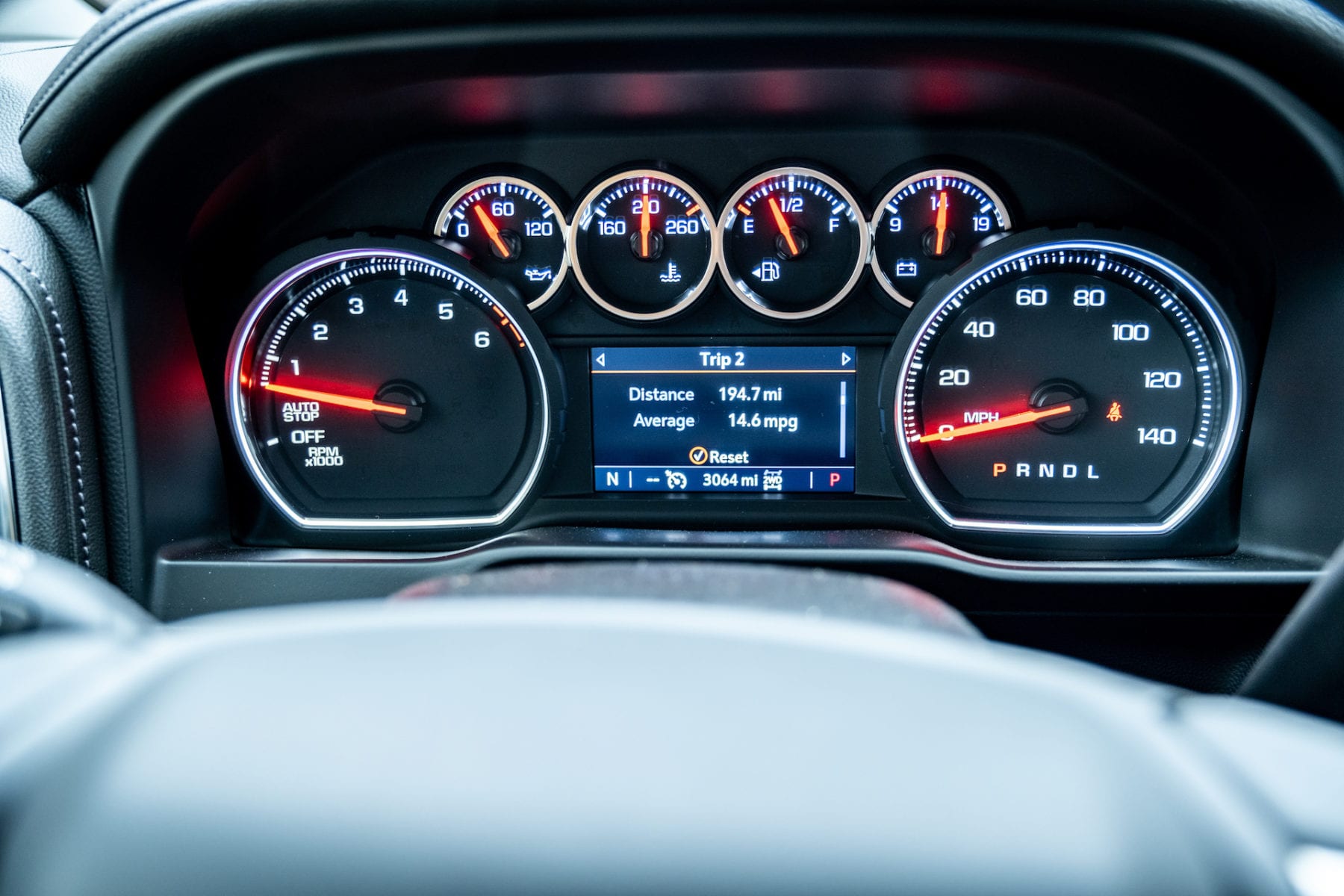 Truck buyers are extremely brand loyal, so people who like their Chevy trucks will keep buying their Chevy trucks. If Chevy/GM think they are going to get buyers from Ford, Ram, or Toyota to purchase one of these, that’s not going to happen. With Nissan, it’s hard to say; I don’t have enough time in a Titan to make a fair comparison against it. Head-to-head, the Silverado just doesn’t stack up at its price against the competition if you are objective about it. 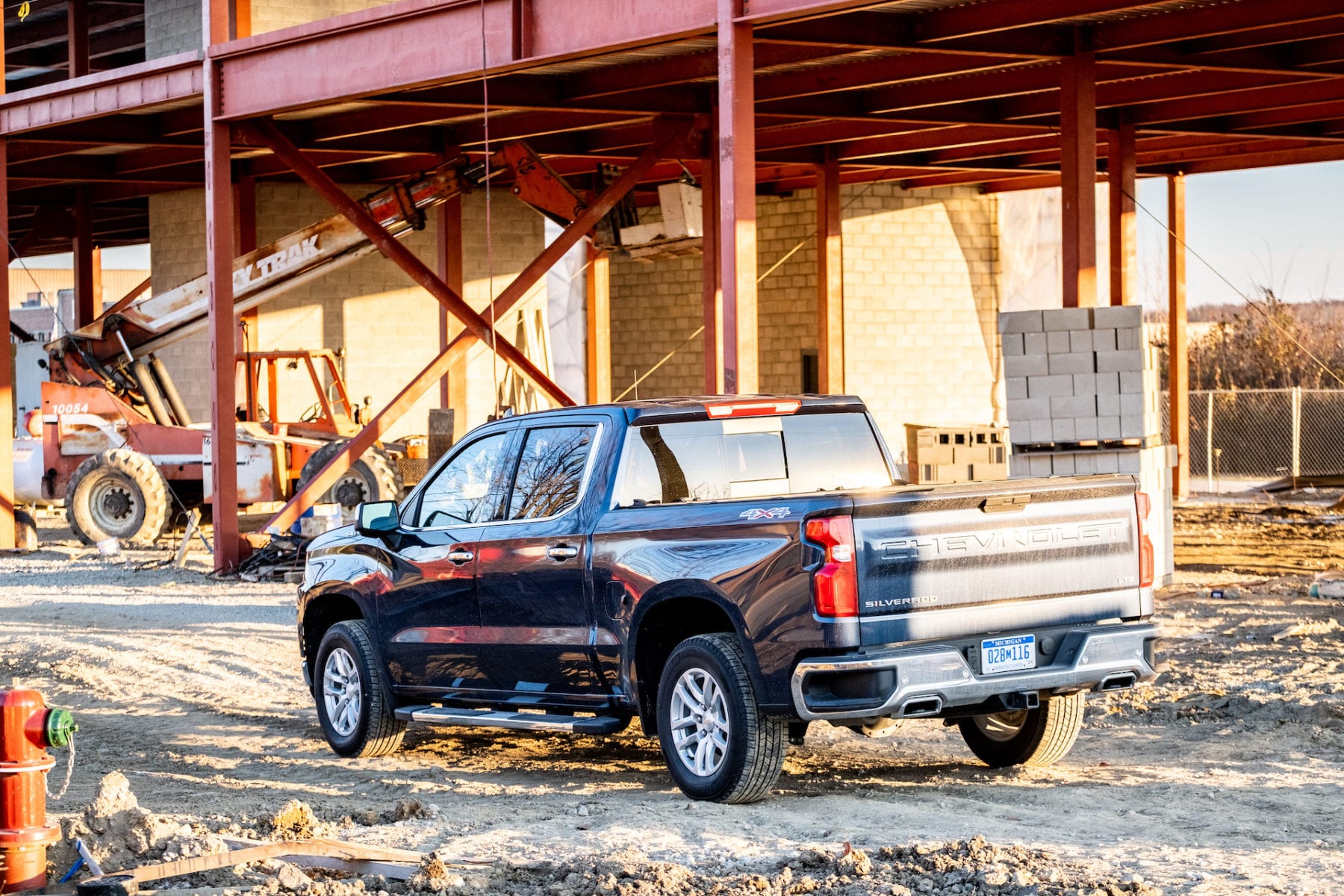 If this is truly the most important vehicle for Chevrolet, and given the sales volume and the profit levels, that is a fair mission statement.  Heads should roll for whoever is responsible for letting this out the door as is. When you spend multiple billions of dollars rolling out an all-new flagship vehicle, it should not be third or fourth best in class from the start.