It has been a few years since I’ve driven a BMW. It’s been closer to twenty years since I last drove a BMW X5. Over those last twenty years, BMW has moved something close to three-quarters of a million X5’s in the U.S. and 2.75 million worldwide. While it may not have created the midsize luxury crossover market, BMW has certainly established itself as the standard by which all others are measured.

So it was interesting to me as I took my first ever BMW press car that it was this all new this now fourth generation (G05 for the anoraks among you) to see if it still is the standard bearer for the class. 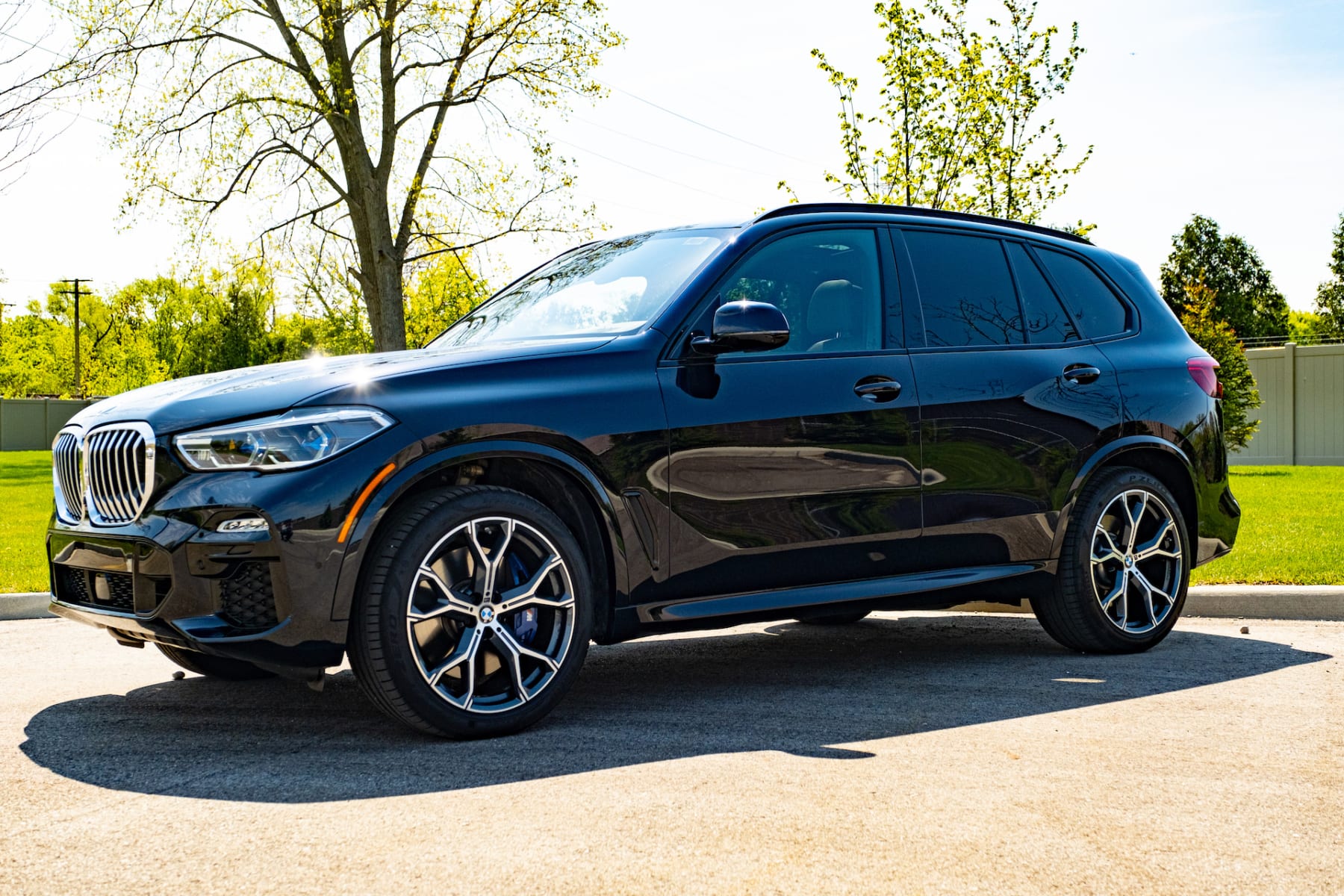 There is much to like with this BMW. However, there are also a few things that make you want to get on a plane to Germany and punch  The one thing that stands out the most is BMW’s implementation of Apple CarPlay.

Actually, two items with CarPlay that really stood out. First, BMW will charge you a subscription fee to have CarPlay in your X5. Yes, you read that correctly. While CarPlay is free in, say a $19,000 Kia, you will have to pay $80/year, or a $300 activation fee to have it in your BMW. 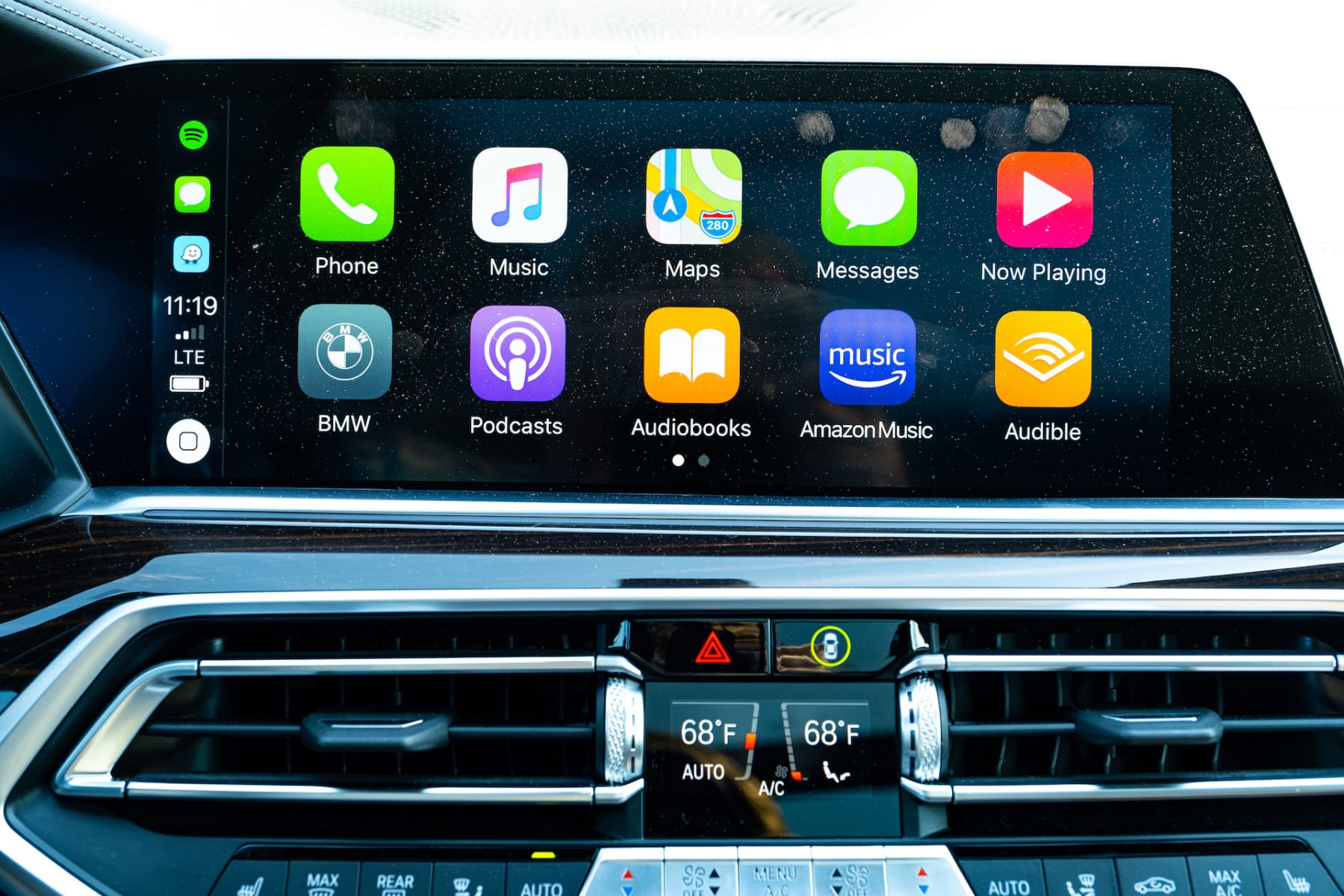 Secondly, on the positive, the X5 comes with wireless CarPlay, meaning you don’t have to be hardwired to it. That sounds great, right up until you try and connect it. See, as BMW walks you through the steps, even using the manual, what you end up activating and connecting to the wireless hotspot at which point you can not stream anything. Thanks to Mel Yu from Consumer Reports (a BMW nerd), he guided me in the correct direction to get it working. Once this was accomplished it worked fine, though it was subject to random disconnects that were only solved through rebooting my phone. 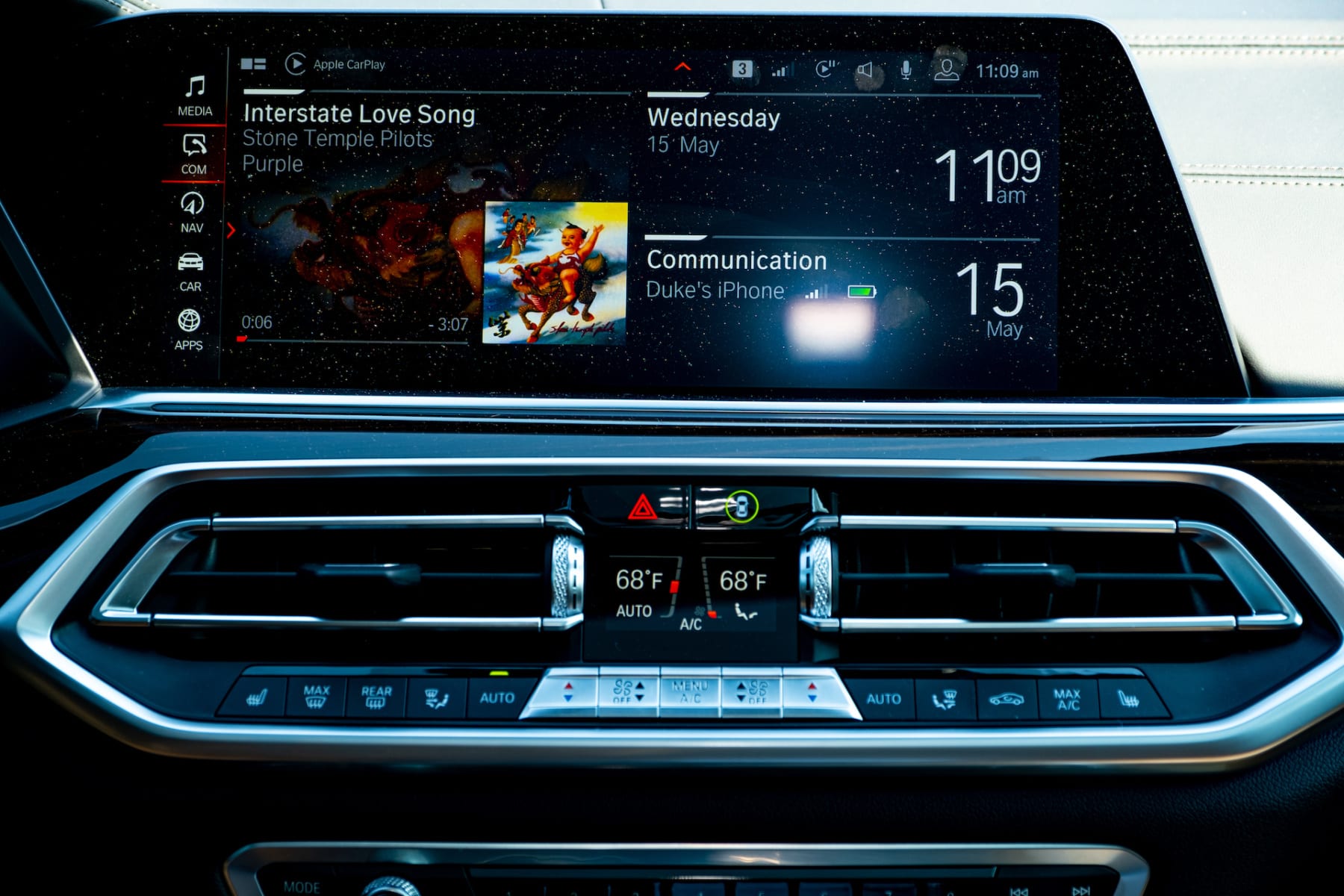 Moral of that story: read the owner’s manual, but even then it may be overly complicated, even by German engineering standards.

Another gripe, on this almost-fully-spec’d, close-enough-as-makes-no-difference-to $93,000 vehicle — no cooled seats. The seats are “heated 20-way power Multi-contour front seats including four-way lumbar support and memory,” but no cooling. But the center armrest is heated! Again, $25,000 vehicles come with cooled seats these days. In a luxury vehicle, that is unacceptable. 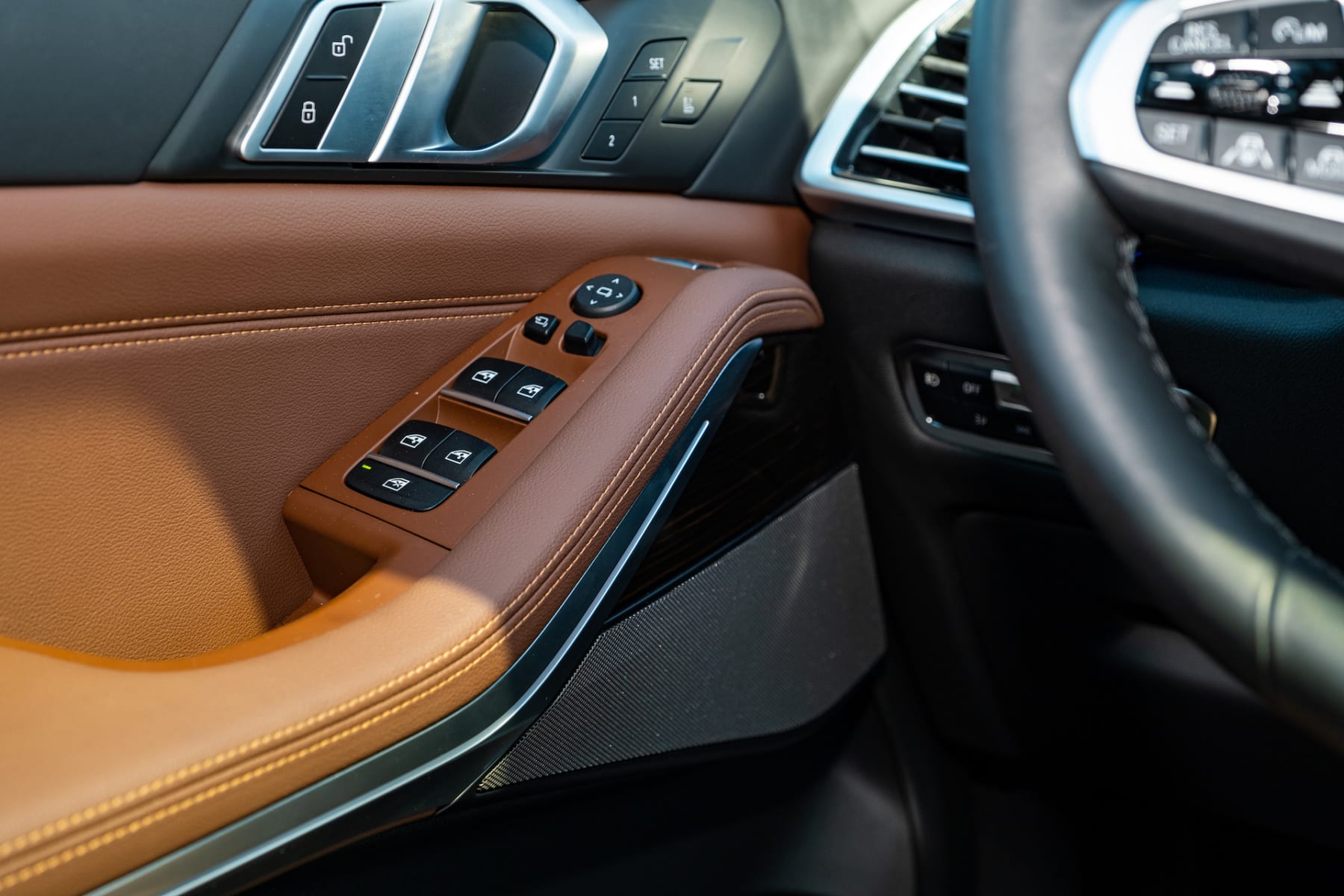 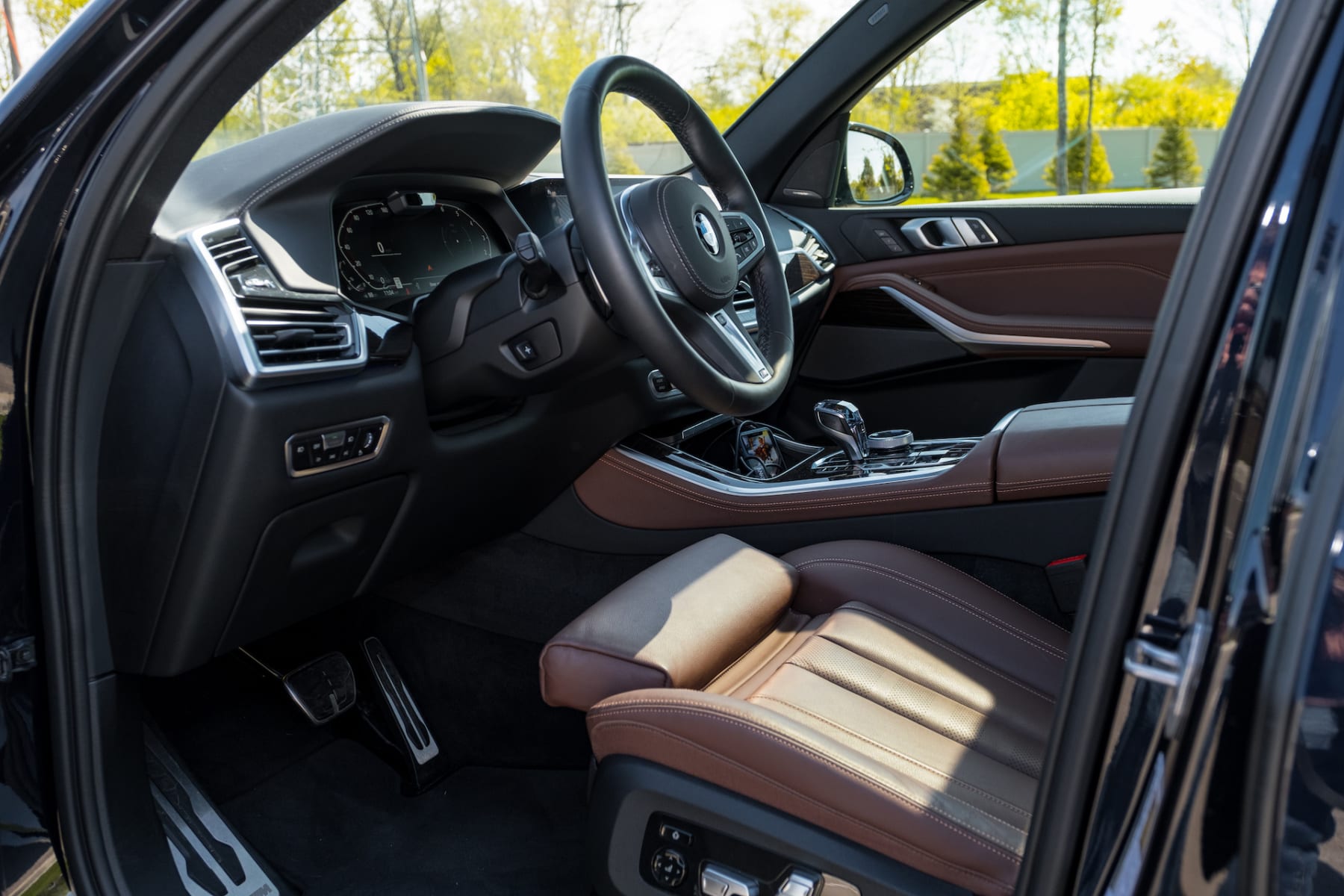 On the inside of the BMW, the materials are nice. Very nice actually. If you are spending this level of cash on a vehicle, you will not be disappointed. The leather has a nice heft and thickness to it, the soft touch materials feel of quality, and what bits of hard plastic there are, were well hidden.

The instrument cluster is an electronic affair. While in some ways it has hints of the Audi digital dash, it is far less ambitious. The center has a moving map, but there really isn’t any detail to it that you can rely on for navigation. While I know OEMs love screens for instruments these days, I don’t like them as much as dials and needles. As flashy as some are, the novelty wears off quickly. Also, anyone can throw a screen into a car; dials and needles, if nicely done, give far more of a luxury vibe today. Lastly on this subject, pray you don’t own this vehicle in twenty years when you need to replace the screen and no one makes a replacement for it. 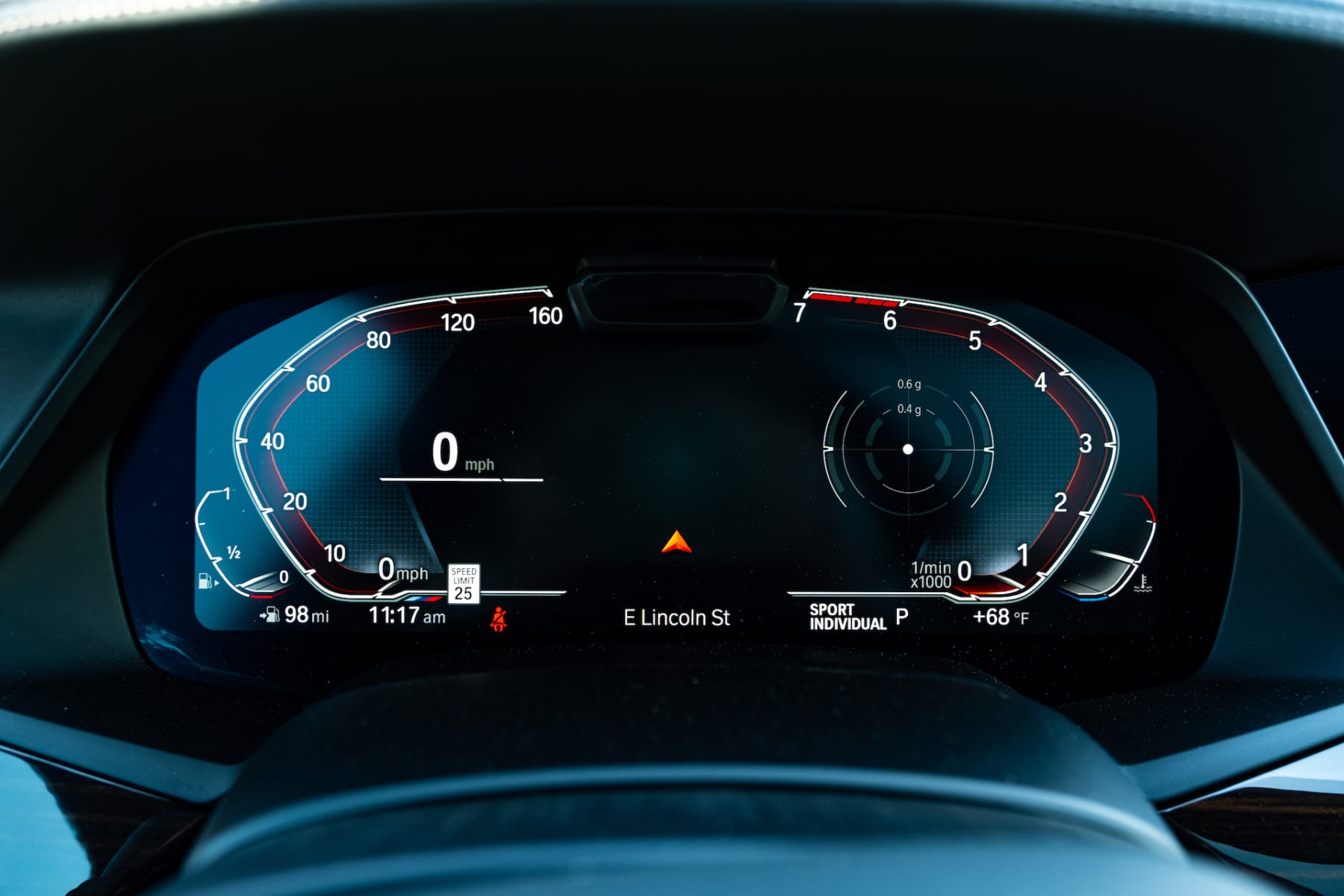 How Does It Drive

The driving experience is everything you would hope it would be in a BMW. The ride is firm, bordering on too firm. It walks up to that line, has a sniff at it, but never crosses it. What it gives you is a very controlled ride and the maneuverability to zip through traffic. Throwing it at some on- and off-ramps you are doing at — or close to — the speed limit well before you need to merge with traffic. Given the 5,000-pound curb weight, it’s quite remarkable.

This xDrive50i comes with the twin-turbo 4.4-liter V8 engine backed by an eight-speed transmission. The 456 horsepower from the engine will propel this nearly five-thousand-pound vehicle from 0-60 in 4.2 seconds and 12.7 in the quarter mile, according to Car and Driver’s testing. My butt dyno says that’s about right.

What this X5 does masterfully is not only cut up the urban sprawl, but chew up miles on the highway with alarming speed. While built in Spartanburg, SC, this feels Autobahn ready. It encourages you to keep the throttle rolled on and laughs as you pass into the triple digit speeds.

As an aside, having driven the Jeep Grand Cherokee Trackhawk and this BMW X5 which sticker within about a grand of each other, I’ll give up the horsepower of the Jeep and take this X5 all day. 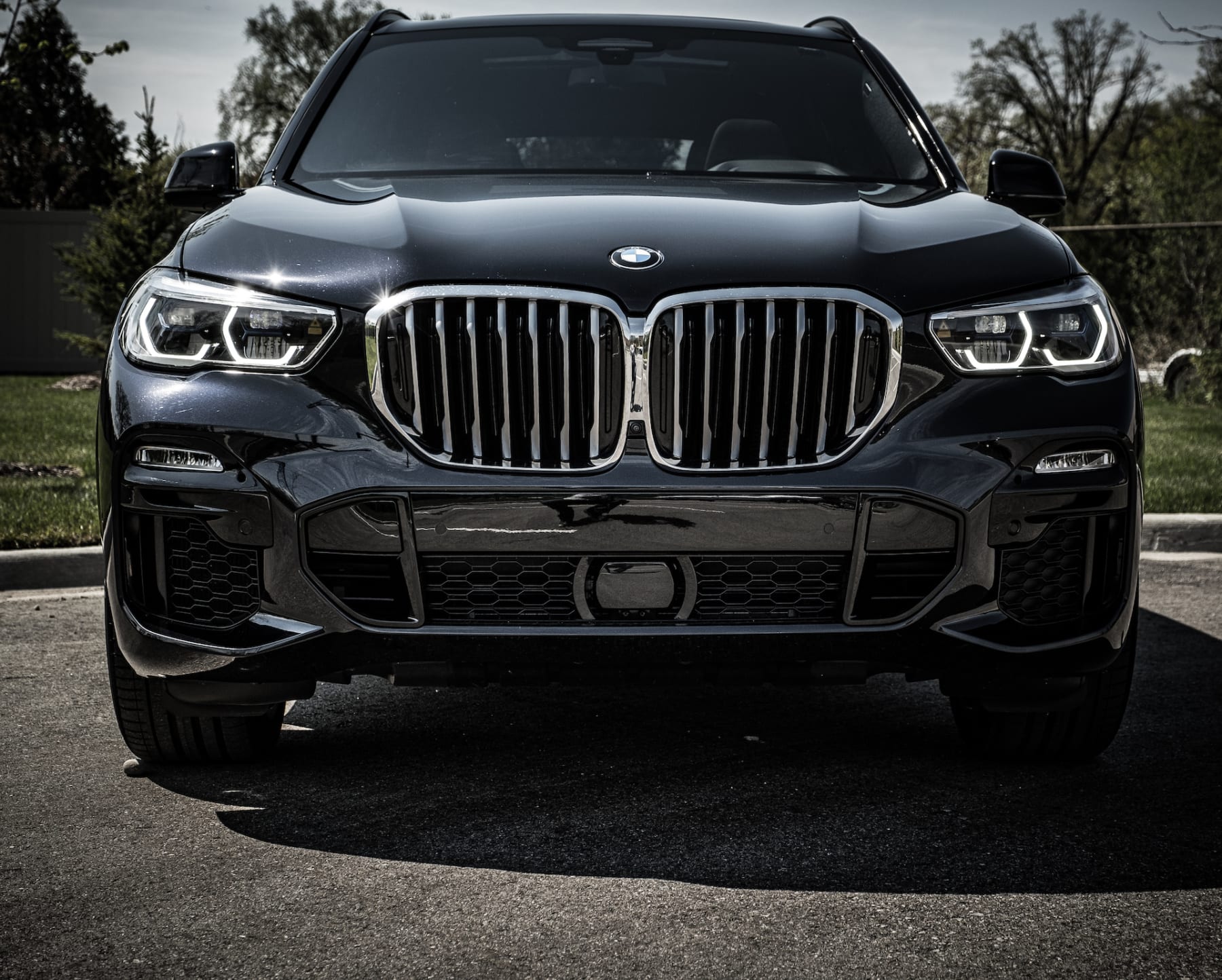 Given that I drove this BMW like a BMW, I was pleasantly surprised to see EPA fuel economy numbers as advertised — 17 city, 22 highway, and 19 combined. Again, respectable for a 450+ horsepower twin-turbo V8 pushing two and a half tons down the road.

Elephant In The Room

Let’s talk about the price for a moment. The base price of the xDrive50i is $75,750 and as delivered $92,405. Now, 80% or more of the people who buy this vehicle won’t actually buy it, they will lease it. A quick scan of BMW dealers within 100 miles of Detroit shows that this will pencil out at $899/mo with $3-5,000 due at delivery. It feels a bit much to me, but people in this category aren’t quite as price sensitive.

The benefit of leasing this for three years is the 3-year/36,000-mile free maintenance program. (Insert your favorite meme about not owning a German vehicle out of warranty here.)

I think you’d be better served to save yourself $15-20,000 if you are in the market for an X5 and get the xDrive40i with the twin turbo inline six. You give up a little over a hundred horsepower, but I don’t think you would really notice it. However, there are those that must have the most expensive version of something, even if they won’t use anything approaching 50% of the capabilities of it. For them, yes, they should buy this version. 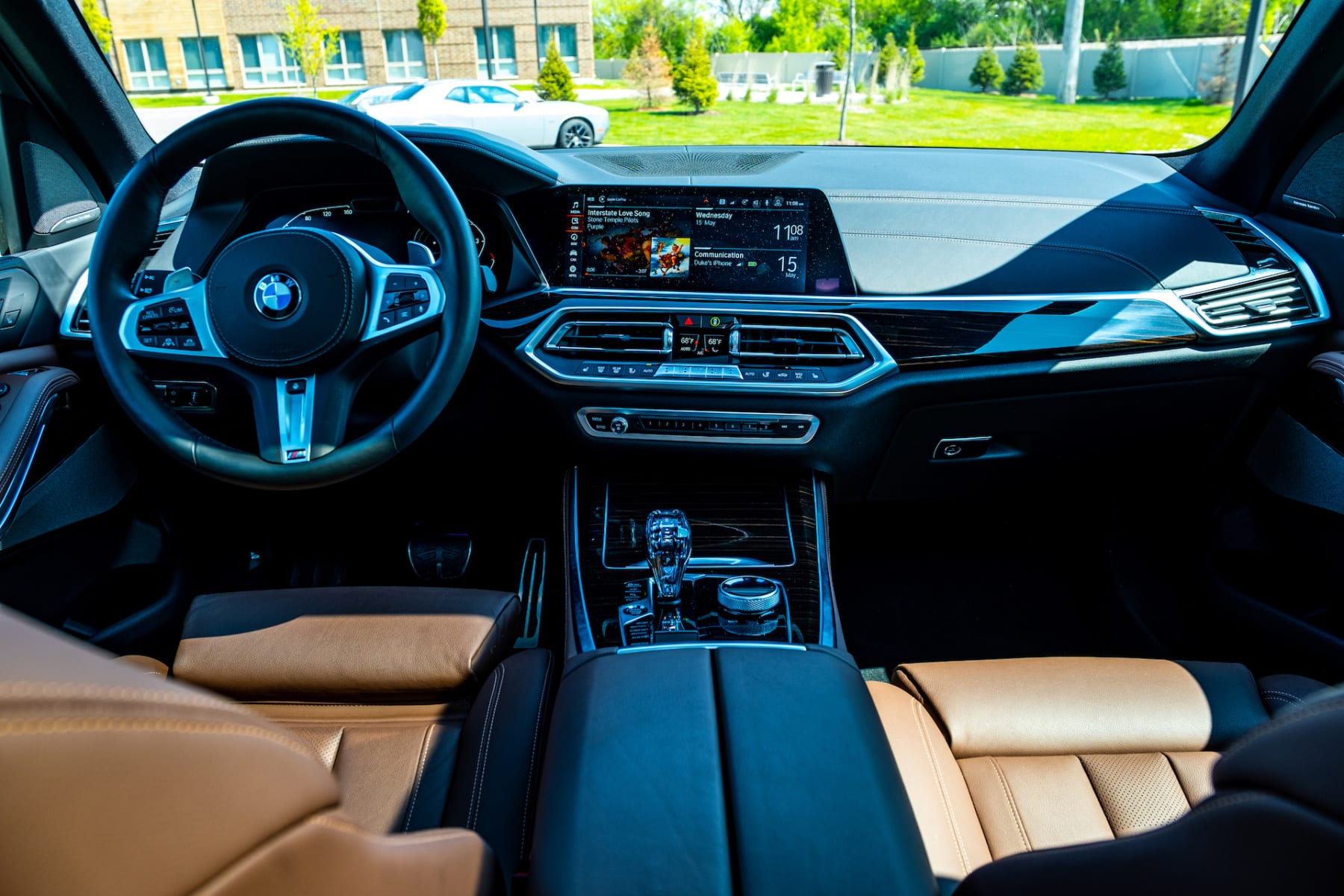 The BMW X5 xDrive50i was a rare vehicle for me. Almost always, my opinion of a vehicle can be sorted in the first twenty to fifty miles. With the BMW, the more I drove it, the more I liked it. Perhaps it just took me some time to appreciate the refinements and small touches. Maybe it just took most of my week with it to fully understand it.

While the X5 is not a vehicle I’d purchase, having driven many others in the segment, it is easy to see why this has been and continues to be the standard by which all others are measured.