A tweet caught my eye today with a very odd-looking vehicle: long lines, a Corvette badge on the front, wheel covers, and a custom interior.

After talking it over with the other writers here, Jeff pointed us in the correct direction.

Eddie Leon, Los Angeles furniture store owner, commissioned this Ford Thunderbird. He purchased the car in the late 60s. The engine was built in the mid-70s. It was painted in the late-70s. It appears to be precisely what Mr. Leon wanted.

Vini Bergeman is reported to have been the one who customized the TBird at Kolor Me Customs. This shop is known for its van customizations and, eventually, limousines. They were the first to put a bar on the side of a limo in the 80s. His 1997 36-passenger, 66-1/2 foot long white Lincoln limousine made it into the Guinness Book of World Records. 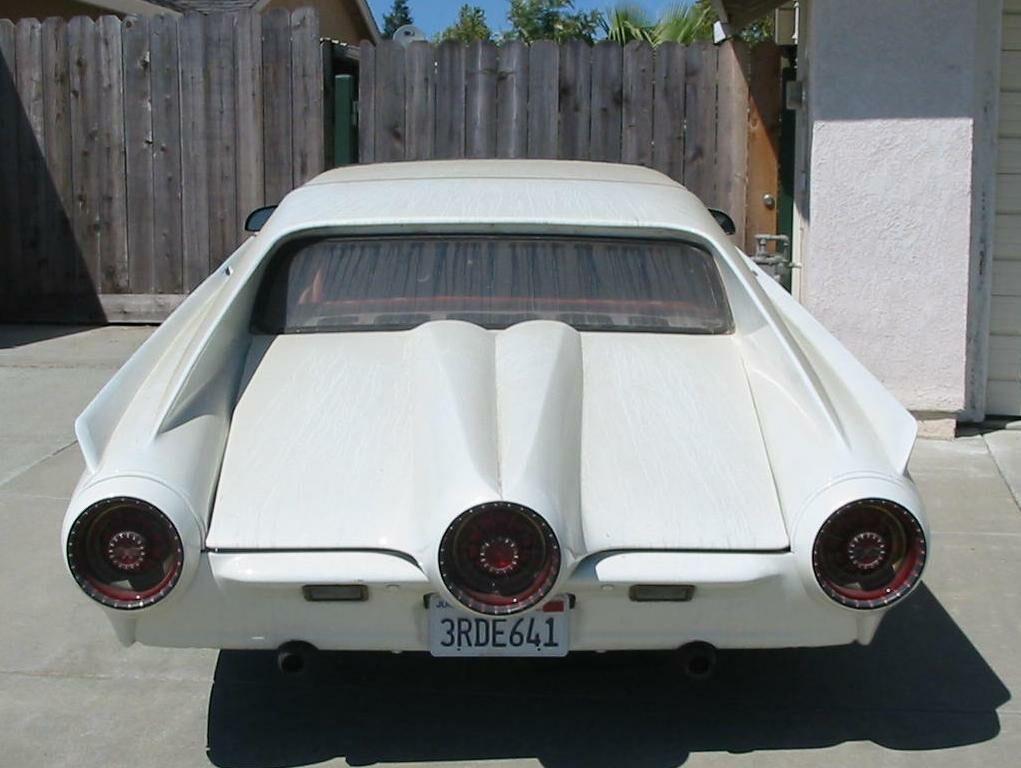 It is tough to describe the inside of this custom Thunderbird. The 1960s science-fiction themed interior is fascinating, and according to the current owner of the vehicle, everything still works. Even the voice control. I can’t imagine what voice control from the 70s is like, but I would love to find out. The interior is described as Eygptian, but with so many switches, lights, and knobs, how could you tell?

The Scorpion, as the car came to be known, is currently in Australia. The current owner was able to track down the Leon family. It spent most of its life in Southern California before an auto collector in Australia purchased it, and then the current owner purchased it from him. The car has been credited to George Barris in the past. More likely, George Barris talked about it once and then claimed he built it as he has with numerous other customs from the 1960s.

It is an unusual looking vehicle, and we hope the Australian owner returns it to its full period-correct glory.