LEGO and FCA unveiled their new Jeep Wrangler Rubicon LEGO Technic kit today. The 665-piece Jeep will feature working suspension, with a solid front axle, of course, and legomud-terrain tires. The black-fendered Rubi is accessorized with roof-mounted light bar and a winch, for when you get stuck crawling over a sleeping cat at night. The 49.99€/49.99$/£44.99 model will be available January 1st, 2021, just in time for my birthday. 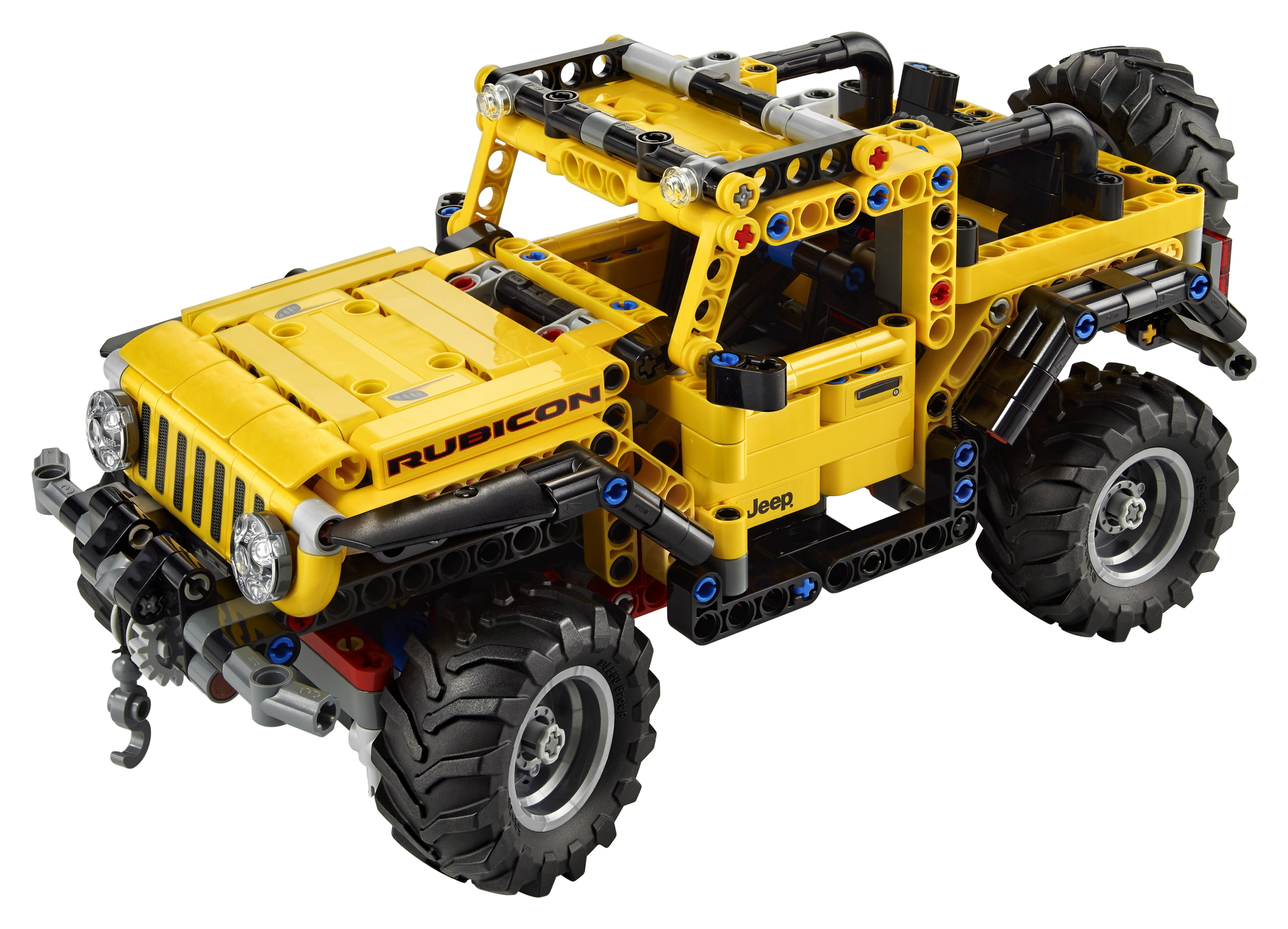 Unfortunately I see some issues with this Jeep. First, it is really small. The Technic Land Rover Defender consists of 2573 pieces and appears to be about four times the size. Because of that small size of the Jeep, it is missing a lot of detail. And if there is anyone who demands detail from their toys, it’s Jeep owners.

Other issues include the windshield that does not fold-down, a key Jeep element, even if no one actually ever folds their windshields down. Then there are the doors – they’re neither full nor half versions, and the side mirrors are fender mounted like some sort of a Bronco. The roll bar is half black, where it’s always been body color, unless wrapped and padded. The hood is missing its specific trapezoidal shape, too. A removable hardtop would have been so sweet. Finally, the most characteristic trait, the seven-slot grill, is made of stickers that are uneven even in the press photos. That’s kind of lame.

Overall, this Wrangler looks more like a Suzuki Jimny to me. It’s in the launch color of the Jimny. The headlights stick out, as on old Jimnys, whereas they are recessed in Wranglers. And the square hood just kills it. It’s a shame because the Defender and Unimog models were really something, and this Jeep Wrangler Rubicon LEGO Technic… this isn’t.