Quattro is a ubiquitous tech today for four-ringed vehicles. When you see an Audi, you assume it has all-wheel-drive. And over the course of the last 40 years, this concept has only grown stronger by the decade. Driving technology that’s refined and exceptional today wasn’t forged on road, of course. The Audi quattro all-wheel-drive system was baptized by Group B fire.

But the idea of bringing all-wheel-drive to Audi started even before motorsport ambitions. It has to do with military tech borrowed from the Volkswagen side of the family. Engineers at Audi saw the improved off-road and bad-weather capability of the VW Type 183. Also called the Iltis, this was a Jeep-type vehicle for Germany and its four-wheel-drive system saw it scrambling in and out of tough situations using parts taken off an Audi 100.

The first version of quattro utilized a trio of differentials. These were all mechanical diffs, with one in the nose, a center diff, and one on the rear axle. The driver of the car could lock the center differential and the front and rears would work together. Audi used this setup until the late 80s.

Soon the all-wheel-drive system received a Torsen differential in the middle. This update helped better distribute torque between the front and rear axles. Unlike the earlier quattro-equipped models, the Torsen diff worked automatically instead of being manually selected. How did it work? Here’s how Audi explains it:

The Torsen center differential housed a pair of helical planetary gears. The gears were held in tight-fitting pockets inside the housing and splined together through spur gears at their ends. These spur gears did not allow the planetary gears to rotate in the same direction. However, when an axle would lose traction, the spur gears would help channel torque to the wheels with traction. This could allow up to two-thirds of the vehicle’s torque to be sent to either the front or rear axle.

A move to Haldex 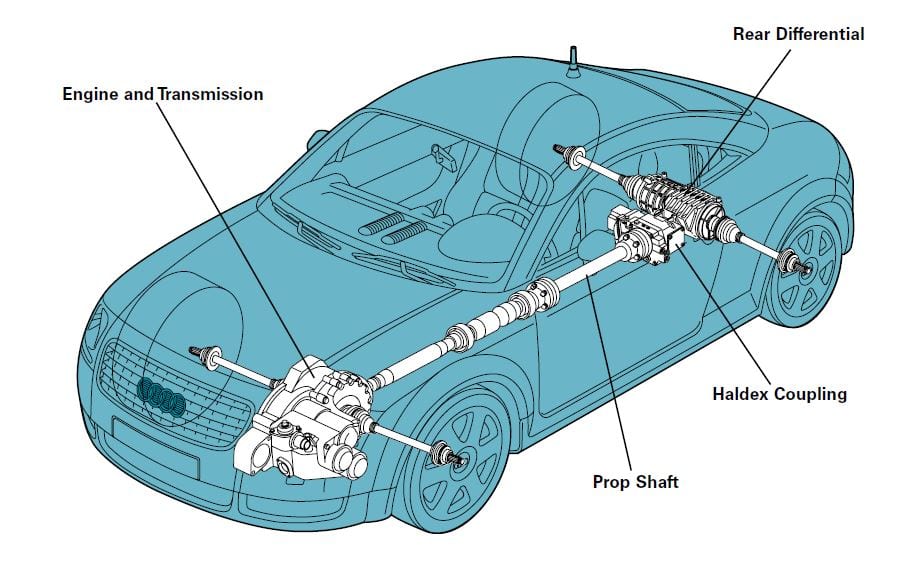 As the driveshaft comes off the back of the gearbox, it runs into the Haldex coupling. This sits ahead of the rear differential and it uses hydraulic pressure to engage all-wheel-drive when necessary. It’s about sensing the differing speeds between its input and output shafts, which in turn drives a hydraulic system that actuates a clutch. When the conditions are right, the rear differential gets to work. 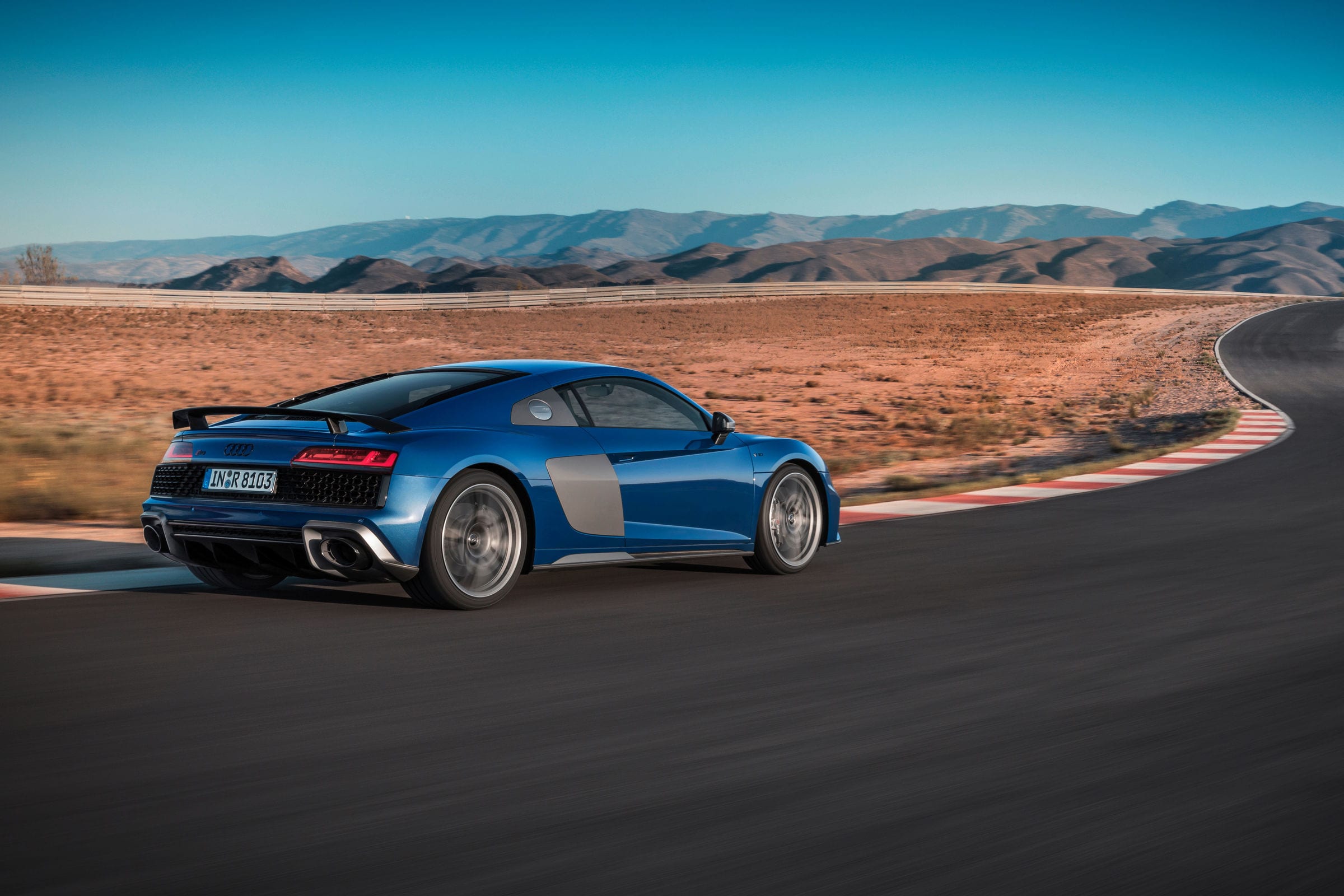 Audi quattro has evolved dramatically over the last 40 years. You have different setups for the different platform architectures, with each serving torque-varying relevance as needed by vehicle case. The standard quattro system works much in the same way as the original, actually. But it’s mechanical bits are aided by a suite of electronics, sensors, meters, and more.

This allows all three differentials to provide a near-constant stream of adjustments based on the exact driving conditions you face. 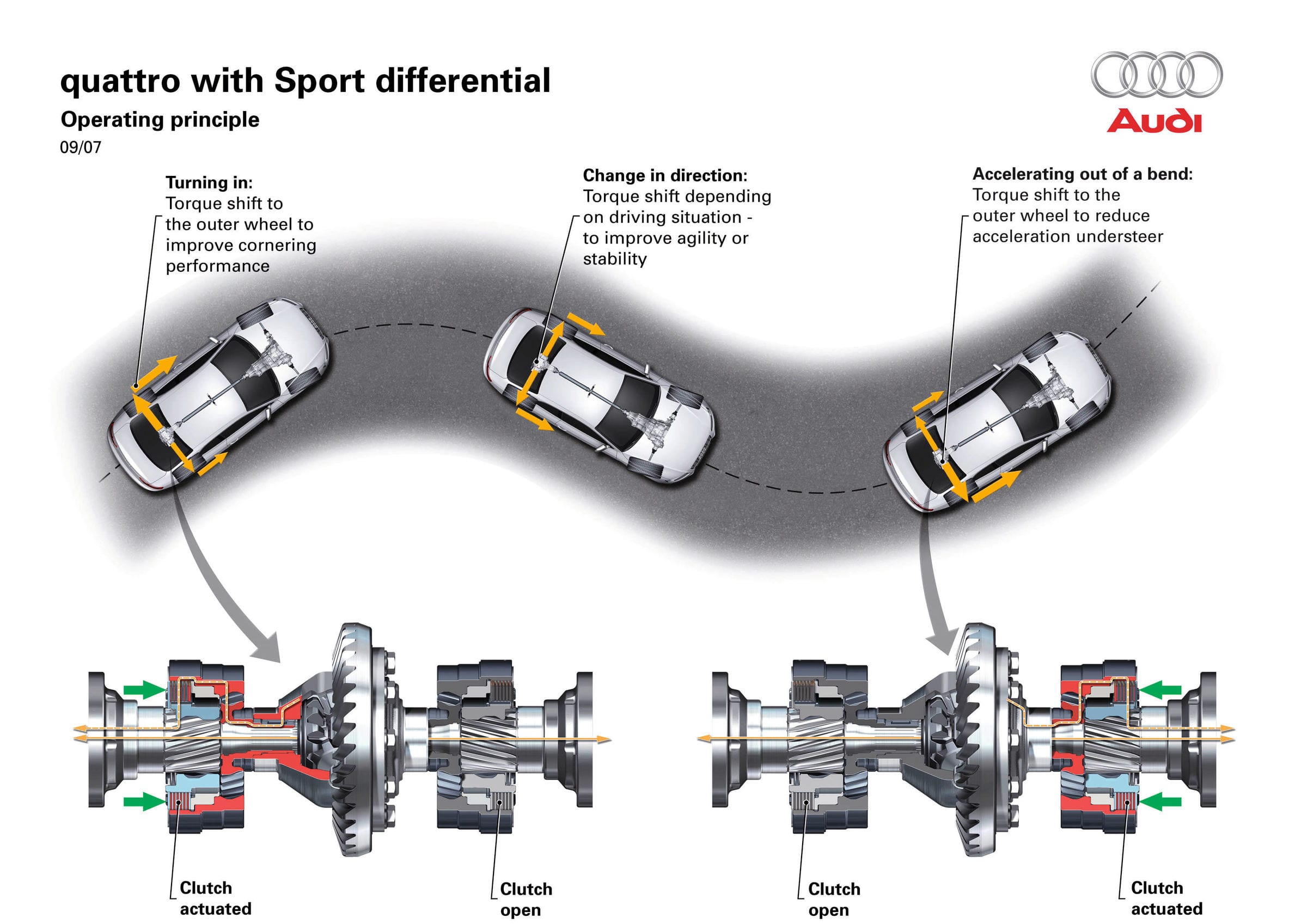 Even more amazing is that Audi now has a fully electric quattro system as well. It’s offered on the E-Tron and it’s the fastest reacting system in the stable. The E-Tron quattro setup is comprised of a pair of electric motors and a pair of single-speed transmissions for each motor. These motors and the controlling computers can react immediately to changing power needs at each wheel. 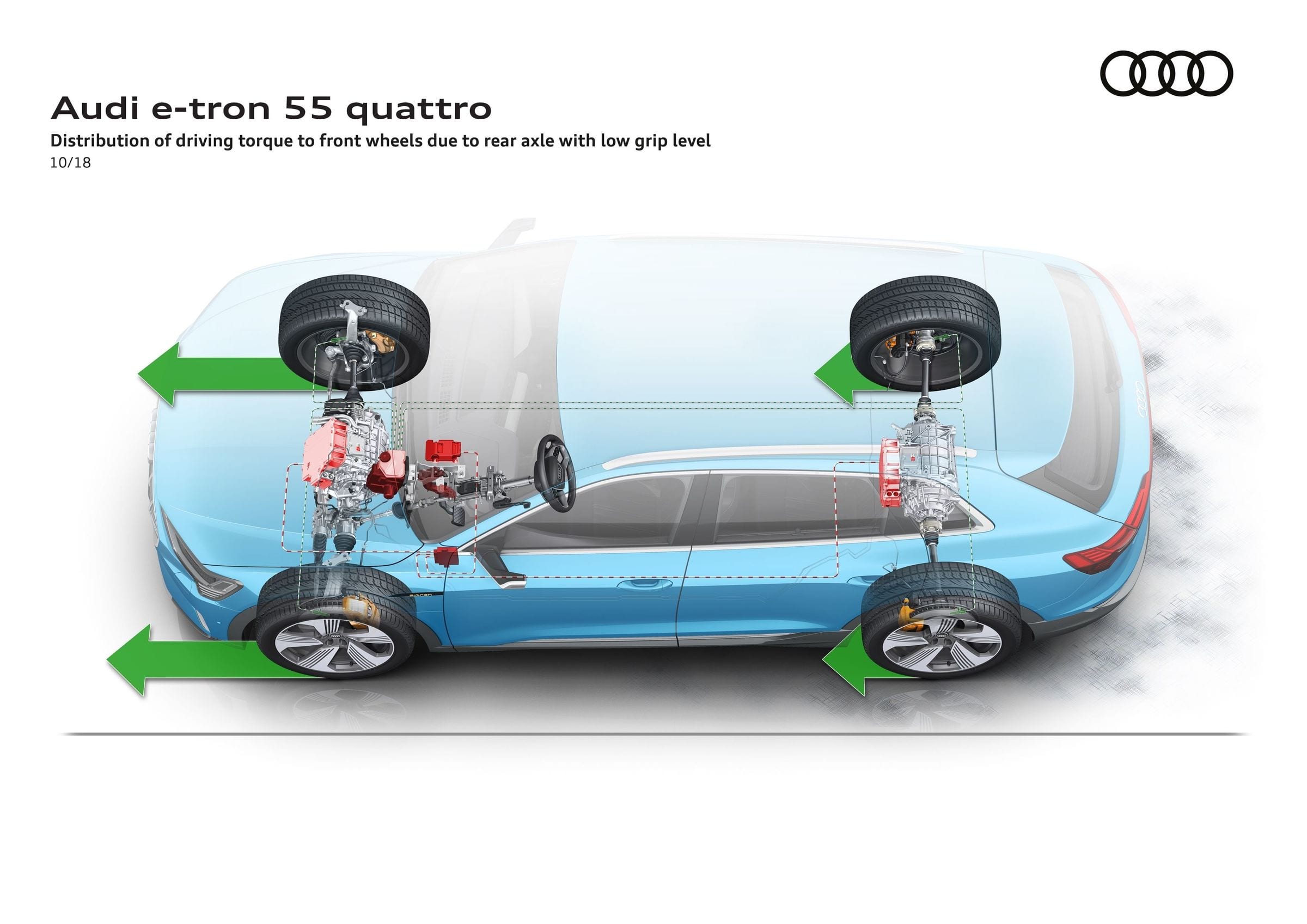 In fact, Audi is taking this a step further with the development of an E-Tron wearing two motors at the back (instead of just one front and one rear). This would allow for even greater control of power delivery. Not to mention… more power available. 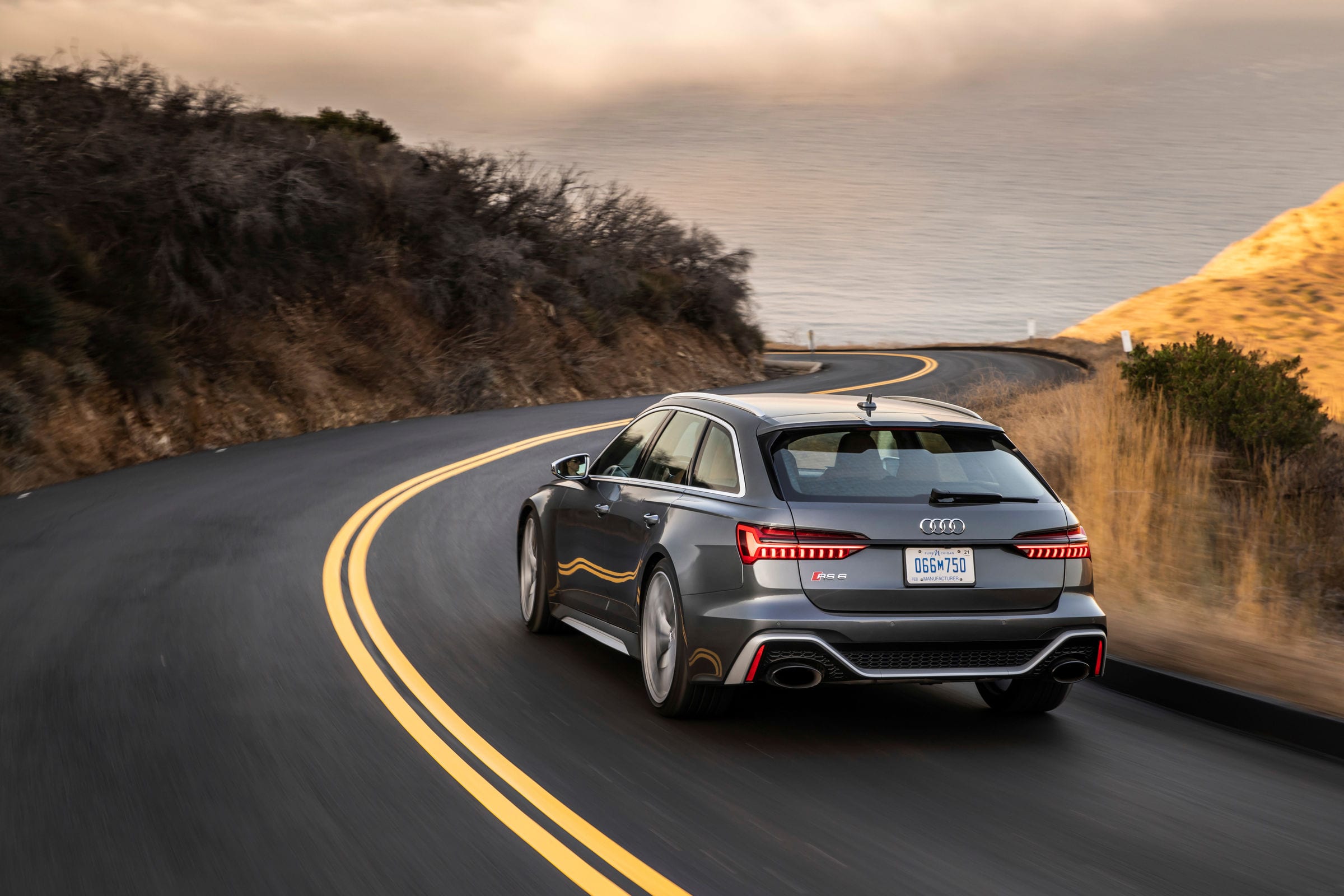 This technology follows a familiar flow. What was originally intended for military use was adopted for motorsport and then perfected out on the road. And now 40 years later, Audi quattro remains one of the premier all-wheel-drive systems on the market. This means you can pretend to have a little bit of Group B adventure, even if you’re daily commute isn’t flocked with stages of insane fans. Take the curvy road and enjoy the ride.

Insane views on this #q8roadtrip