Weekend Edition: Giving Up the Ghost / Mongrel Meets His Maker 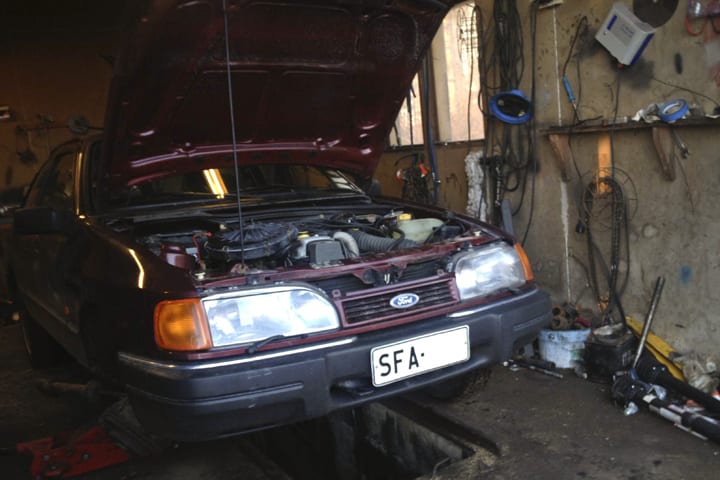 The new year is off to a good start. My little Volkswagen Polo has become a running, driveable car instead of a 60 euro paperweight, and with the newfound will to sort out all the loose ends, I’ve now sold my Ford Sierra that has hung around my neck. It’s another tale of a project car not going where it should, until it’s gone for good. You might remember the burgundy Sierra from these pages. I bought it in the summer of 2014, as I had sold the Saab and the Xantia was on its way out, and I figured I’d try my hand in resurrecting a long-dormant car. The Sierra had sat for a decade in a cold garage, and it had barely passed the 100,000 km mark. Of course, it was a very basic car in every sense, with very little power from its 1.6-litre CVH engine, and the driving thrills were few and far between. But still, I saw something in the bulbous old hulk. 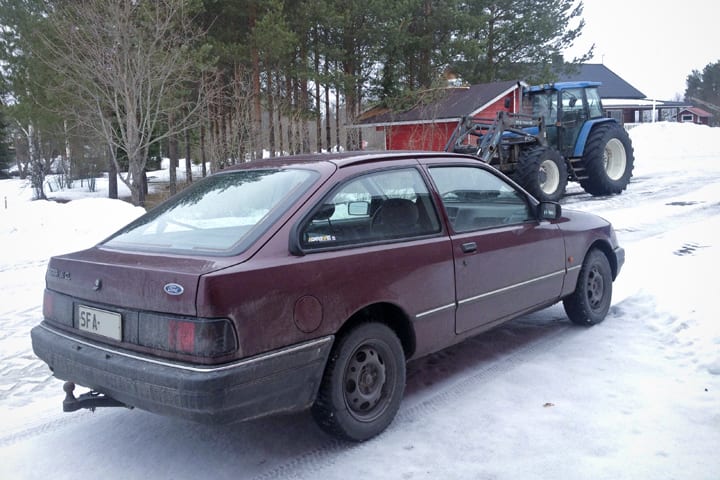 It didn’t take long for things to start going south. The long sitting had resulted in some fueling issues, and the car stranded me on numerous occasions. Then little bits and pieces started breaking, and the dents and dings from its former life in the hand of a man just a touch too old to drive looked impossible to undo with my humble panel beating skills. I used the car as a load lugger and workhorse, but it wasn’t going to become any prettier. I did source some suspension parts for it, with the thought of at least lowering it, if there wouldn’t be anything else I could do to improve it. Instead of keeping the Sierra the rear-wheel-drive weapon of choice, I ended up sourcing the cheap silver MX-5 from Germany, for essentially the same purchase price. It felt more like the kind of car I would want to be bringing forwards, improving, driving for long distances, and the summertime Nordkapp-Nürburgring roadtrip was a testament to that. Everything the Sierra lacked, I found in the MX-5 – and if there was a chance that the lumpy Ford depicted a malaise era in my own life, it’s just as likely that the MX-5 brought back people I had alienated by turning into a lazy, unambitious reflection of the dullardly car in my parking spot. 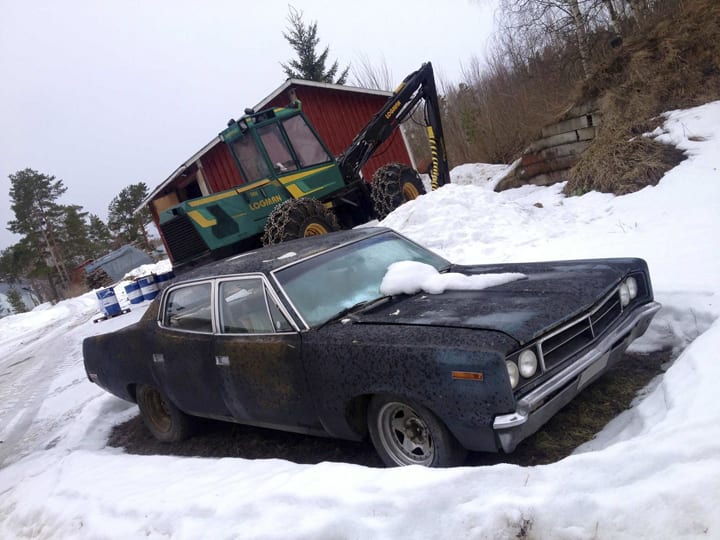 Last spring, the Sierra ran out of valid inspection and I practically abandoned it at a friend’s greasepit, working on it when I found time. Due to the suspension kit requiring some camber shims that took over six months to be fashioned at a vocational school, the car just sat there, declared out of use, but not stopping breaking. By the end of the year, both window regulators had failed, the brake lights were again on all the time and the rear bumper acquired a mysterious hole in it. The Sierra shared the sleeping place with the really bad AMC Rebel my friend had bought years earlier. My last big idea for the Sierra was to source an XR4ti bodykit for it, to at least fix the cosmetic issues it had. Sajeev from The Truth About Cars had a parts Merkur and was willing to work out a deal for the bumpers and all, but the core problem there is that I have a facelift car, while all Merkur XR4ti:s are basically pre-facelift Sierras. Fitting the bodykit would have been another fruitless fight with negligible results, even if sourcing parts from Texas would have been the boldest thing I would have ever done for the Ford. 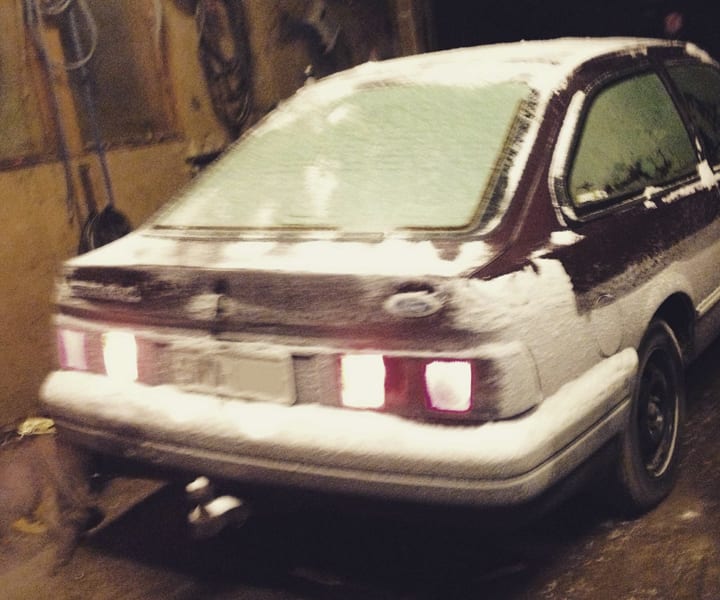 I struck a deal with a friend at New Year’s, and we agreed he’d come pick the car up from the greasepit halfway through Finland. A Sierra builder and Cortina restorer, he was eager to get the Sierra for himself as a winterbeater, and since he’s wrenched on them for such a long time, he’s already got the attitude the car needs to become viable again. It did not let go without a fight, as we retrieved it frozen to the core and with a dying battery. Fittingly, I chose the Miata to take me to the Sierra, as it was the car that fixed all the problems the Ford caused. I type this on an achingly beautiful winter Sunday, looking at the clear, blue, Ford-free sky of 2016. I feel unburdened by the burgundy beast, and the weight has lifted off my shoulders. I will probably not buy another car anytime soon.