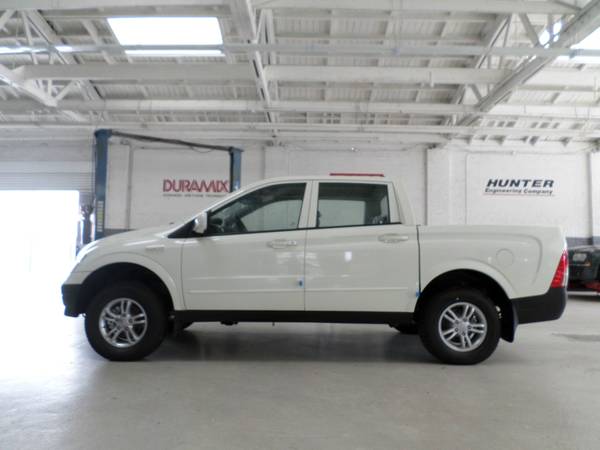 Here is your chance to own a truly one of a kind pickup truck. Well, no, supposedly there is over two hundred of them in U.S., but when did you ever see one for sale? This awesomely named Ssangyong Actyon Sport can yours for a low price of six grand. Yes, there is a catch. 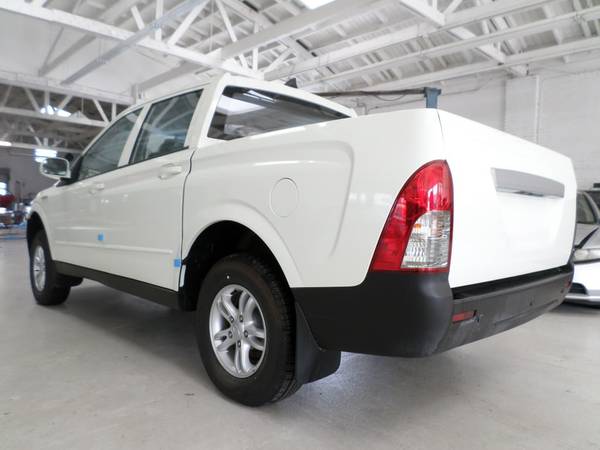 In 2008 a company called Phoenix Motorcars, based in California, bought over two hundred Ssangyong Actyon Sport short bed crew cab pickups from Korea. Their plan was to outfit them with electric motors and sell them in America for around $50,000 – $65,000 each.

These trucks are about the size of a Chevrolet Colorado. However, by the time they were ready to sell them, the technology in their electric conversion was already surpassed by other manufacturers such as Chevrolet and Nissan. So they were stuck with hundreds of these unfinished trucks, with no engines or transmissions. After closing their doors, Phoenix Motorcars were ordered by the courts to sell the remainder of their unfinished vehicles (with no engines or transmissions) to the general public to pay off their creditors – and they sold pretty fast. I am a private seller – and not a dealer – and was lucky enough find out about these while they were still available. I had a friend in California who looked over the trucks and picked out a perfect one for me. It has no damage whatsoever. No scrapes and not even a door ding. I then went through the expensive hassle of safely shipping it to my home in Pennellville, NY. The photos shown were taken of the truck while it was still in California, at the clearing house, so I could see what I was buying. It still looks exactly the same today. This is a top of the line model, with 4-wheel disc brakes, alloy wheels and even such options as heated wipers, a great sound system and a power seat. It also has a factory bed liner and an alloy spare wheel with a full-sized spare tire. The interior still has the plastic on it and the odometer only registers 3 miles! Since there is no title, it will be sold on a bill of sale, and may be titled as soon as it’s outfitted with a drivetrain so it can go through your state’s safety and emission inspections. Currently it’s viewed as more of a component of a project car rather than an entire vehicle, which actually makes the titling process easier. The truck came with paperwork and a VIN of 1P9BA10B58B466025, but no title. Craig’s List didn’t have a selection for ‘No Title’ so I entered it as missing. Since there is an easy to find paper-trail, back to Phoenix Motorcars, and a Bill of Sale from me, there will be no hassle with the DMV in proving that the vehicle is not stolen. Feel free to contact the State Police to look over the truck before your purchase, just to put your mind at ease. Some purchasers of these trucks built them with high-horsepower engines for off-road racing – so they could install any engine in them, with no emission or state inspection. They don’t even have to be titled! Others with large properties have outfitted them with snow plows and grounds-keeping tools to be used only on their property – again, no title required. I was going to build it with a late-model Chevy LS engine and transmission for my daily transportation, but that kind of project is just going to have to wait… This truck has to be seen to be believed. It’s a very good looking vehicle and would make a great winter project! The best way to decide if this is right for you is to come out and see the truck. Please call Rick at show contact info to arrange a meeting – and thanks for looking. 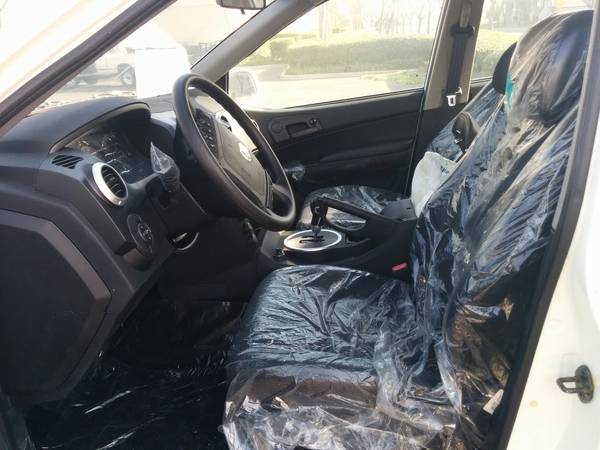 I got to say, that is a very well written ad.

So, what would you do with it?