Those buying a Bronco should drive the Ranger

The pre-orders for the new Ford Bronco surpassed the manufacturer’s expectations. It seems as though everyone wants a Jeep but a little more refined and maybe not a Jeep, as everyone seems to already have a Jeep these days. I am one of those people who have pre-ordered a Bronco. My four-door Big Bend should be here before summer 2021 and if all goes well I won’t have to throw a temper tantrum on how dealers rip off buyers.

It’s been said that the new Bronco is based on the Ford Ranger. I recently got a chance to drive a loaded Ranger and couldn’t help but wonder – is this what the Bronco will drive like?

And really, how similar could the Ranger and the Bronco really be? 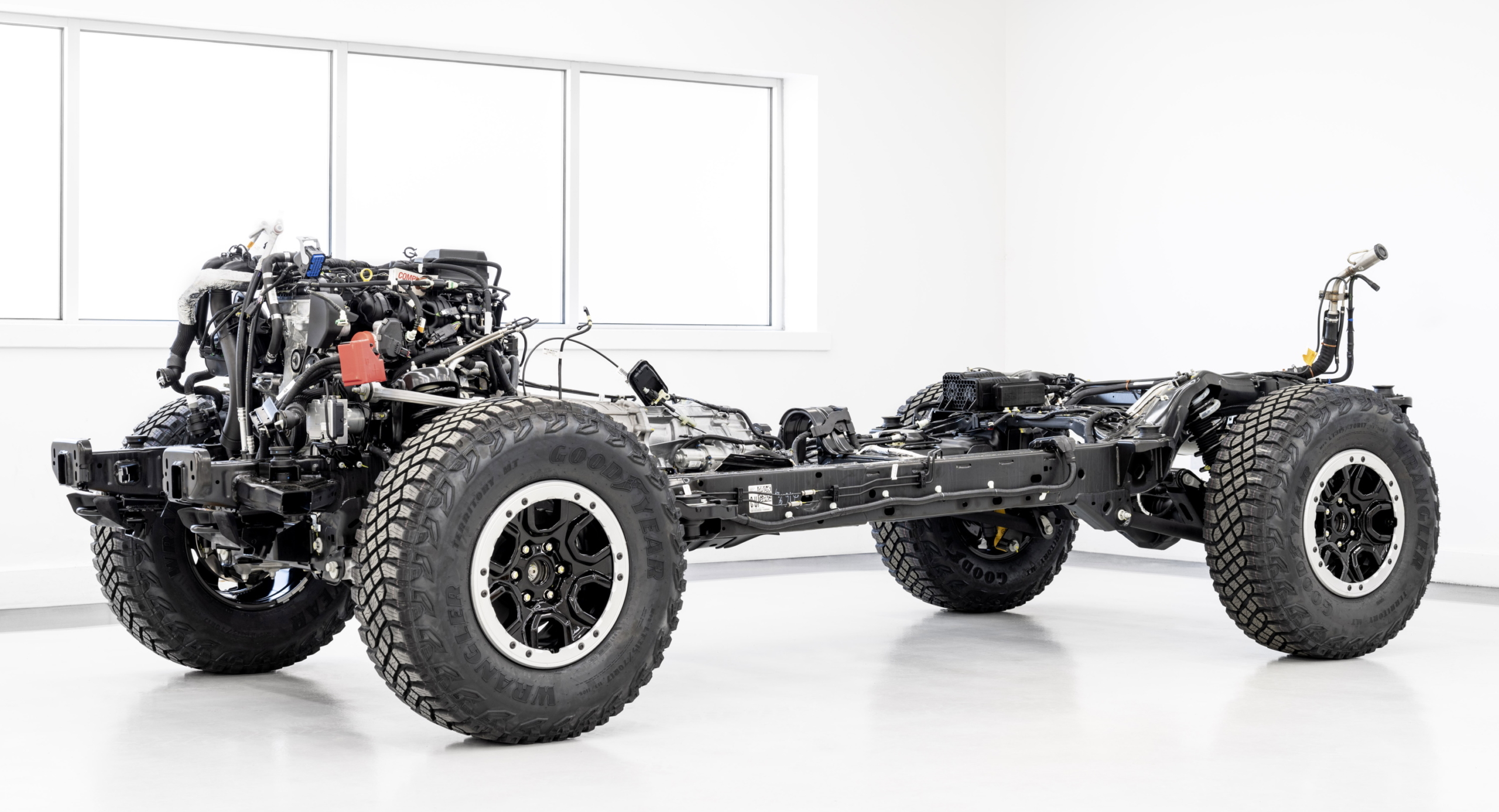 This is the frame of the Ford Bronco. Immediately two huge differences between the Bronco and the Ranger are visible. First, the Ranger is not available with the 2.7-liter V6 engine. Second, the Bronco has rear coil spring suspension whereas the Ranger has leaf springs.

The placement of EVAP and fuel tank is obviously different on the pickup, too. The front suspension will vary greatly in geometry in order to be able to accommodate the 35-inch tires. Furthermore, the wheelbase of the Ranger is 126.8-inches and the Bronco is either 100.4 or 116.1-inches. The frame thickness itself can be different, too. For instance, the F-150 has three different frame thicknesses based on length, options, and payload. With all that we can even say that the whole frame will be unique to each vehicle. 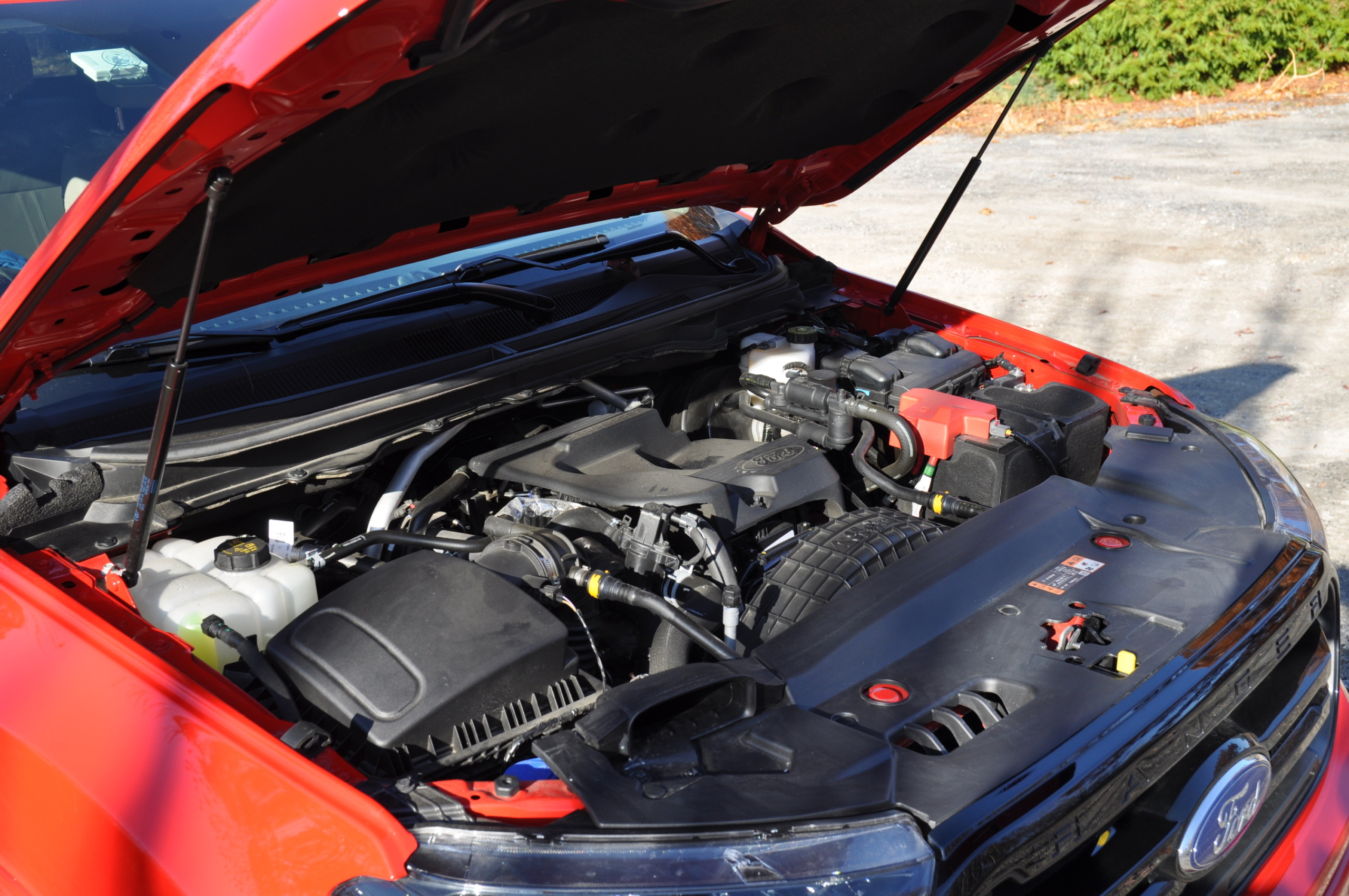 Having identified so many differences between the two vehicles, what similarities could possibly bring them together? For one, the base engine in the Bronco is identical to the Ranger. While Ford did not make it official yet, the weight of the four-door Bronco seems to range between 4500 and 5300 pounds. That’s a wide range but the Sasquatch Package, engine, and top choices probably add a lot to it. The four-door Ranger 4×4 weighs just over 4,400 pounds.

When cruising unloaded, the turbocharged four-banger is absolutely sufficient for the Ranger duty. Throttle response is excellent and highway passing is a breeze. Ford’s 10-speed transmission is programmed very conservatively in the F-150 – I recall once being in sixth gear at 30-something MPH in the F-150. In the Ranger, whose engine isn’t as flexible as the F-150’s twin-turbo V6, that transmission stays longer in lower gears. This in turn results in a more responsive engine.

Overall, the 2.3-liter four-cylinder that Ford has used in a variety of vehicles and configurations, is a rather solid engine. It works great in the Ranger and feels less stressed than Toyota Tacoma’s V6 and the Jeep Gladiator’s gasoline V6. It would be fair to say that given the Bronco’s additional weight, bigger tires, and taller gearing, it won’t be as responsive there. Perhaps this is why Ford felt compelled to offer the option of a V6.

Other Makers of Pickup/SUV siblings

The SUV sibling to the Tacoma is the 4Runner. The Wrangler has the Gladiator as its pickup relative. In both cases, each SUV shares a lot with its pickup relative. Having driven all four of those vehicles, perhaps I can draw some parallels between them and the Ranger/Bronco.

The driver’s sitting position in the 4Runner is just weird. One sits rather low in the seat with legs stretched forward. It feels more compact car than a truck. The Tacoma is the same way. I have not met a person yet who would say good things about it. Another issue with both vehicles is a slight but weird body dive when coming to a stop. I cannot explain why this happens but it was annoying enough for me to replace the front shocks with quality Bilstein units in my own 4Runner. 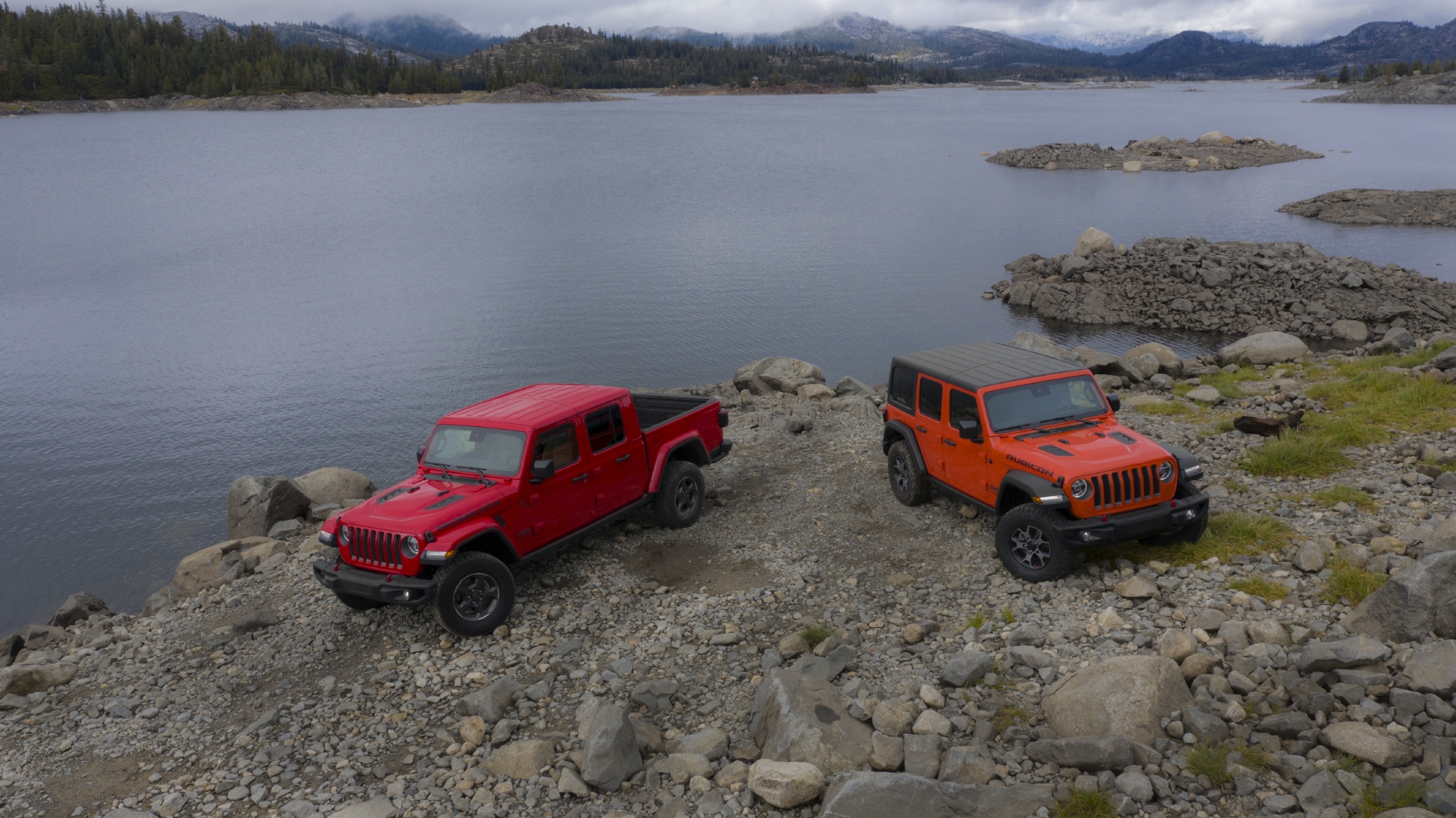 The biggest difference between the Gladiator and the Wrangler is the longer wheelbase of the Gladiator. That translates into a nicer and smoother ride for the pickup. But because both vehicles have solid front axles, which significantly improve their off-road abilities, their on-road ride and handling is rather poor. Because the cabins of both of these vehicles are identical, they suffer from similar issues. The first is that the cabin feels rather narrow. The seats will make a larger person feel tight and there isn’t enough storage room for little things.

The cab of the Ranger is more similar to the Toyota twins. It feels wider and more comfortable. Both the Ranger and the Toyotas have similar independent front suspensions. They absorb road imperfections much better than the Jeep due and are easier to control in emergency maneuvers.

Of the three, the Ranger is by far the smoothest but at the same time, it suffers from more body roll. The Ranger feels like it could benefit from thicker sway bars. But thicker sways bars would reduce axle articulation in off-road environments. It’s a give-and-take. This is why the Rubicon versions of Jeeps have disconnecting front sway bars. The Badlands and First Edition models of the Bronco will have them as well. 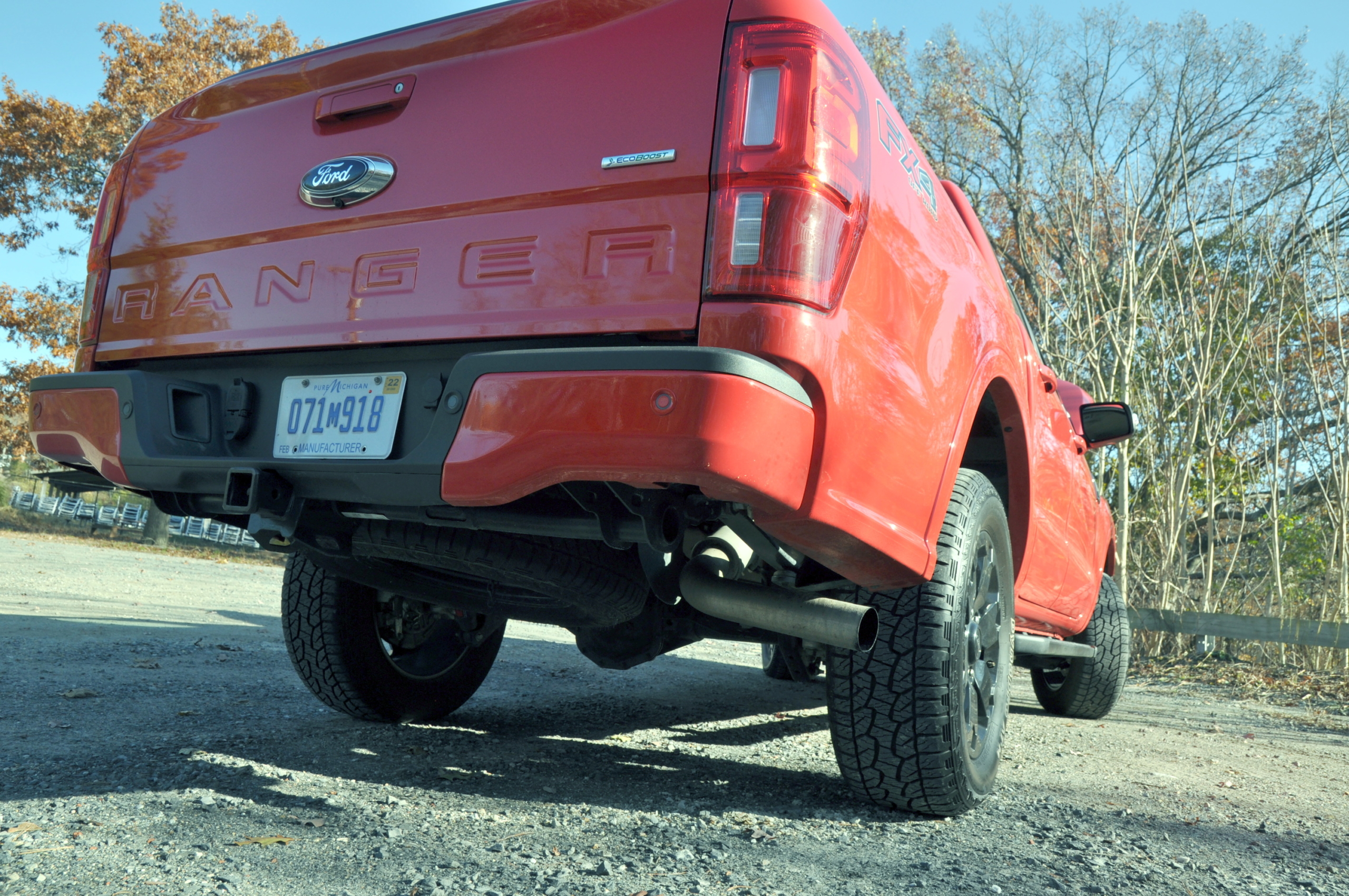 Having driven all the vehicles mentioned above, I can make some predictions about the Bronco’s base engine, handling, and interior. 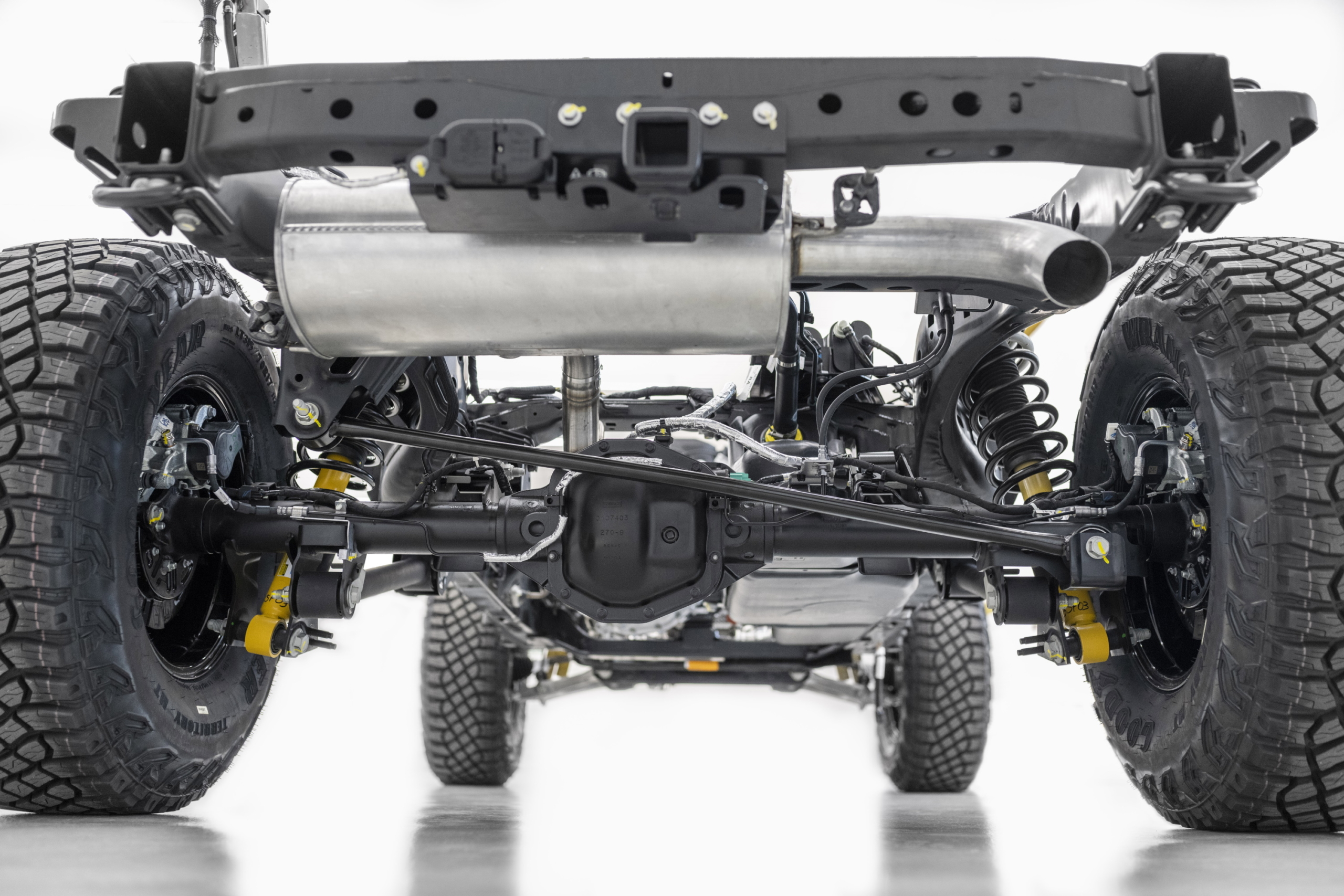 Given its initial reception, the Bronco will be a serious threat to Jeep’s Wrangler. Its design seems to address many intrinsic issues that the Wrangler has without sacrificing capability and looks. It seems to be priced right, too. The base engine will be sufficient enough for most people and the V6 isn’t a pricey option. If the smoothness and comfort I liked in the Ranger carry over to the Bronco, Jeep should really worry about the Bronco’s bite into Wrangler’s sales.