As a valet, you get some interesting cars that come through. Some of them are cool because they’re expensive and others are cool because you never really see them on the road. I find the latter more exciting personally and that is why this experience was so memorable for me. This is when I got to valet park a Ferrari 308.

I remember when it was first pulled up. I thought it was a Lotus Esprit which would’ve been pretty awesome too. But once it got a little closer I realized it was a Ferrari 308 and that’s when I started getting excited. When you’ve been valeting as long as I have, it takes something special to really get you going. Most of the folks I work with are at least sort of into cars so we lock on to the unique fairly quickly. Luckily for me, I noticed the fastest and called the dibs. Obviously the fairest way of deciding who gets to park it. Usually, I’m more courteous and let other people drive the nice cars if they want to, but I was going to be selfish with this one.

To be honest, I was expecting to get the usual “Can I park it myself?” or “Do I have to valet?” None of that happened here. The guy got out and was really chill about it all. He didn’t ask for it to be put up front and didn’t say “be careful” as he handed me the keys. He didn’t even ask if I knew how to drive stick which almost everyone always does. So I couldn’t tell if he was either a really trusting guy or if this was his whatever car. After all, it was just the Spaghetti Factory. And if it was just his whatever car, then I wonder what his weekend car is.

When I got in, it smelled like most old cars do; old oil and gas, my favorite. Honestly, if they made a scented candle that was called Classic Car with Leather seats, I’d probably buy it. The first thing I noticed about it was the dog-leg gearbox. I’d never seen one before and I’d only really heard about it in the V12 Vantage. The car itself drove quite smoothly which I wasn’t expecting. The clutch was like butter and I didn’t struggle to get it moving. I only say that because you never know with classics. Sometimes they’re smooth but sometimes they’re really touchy.

Once everything was parked and settled I wanted to do some research on the car since I saw the quattrovalvole badge and the historic vehicle text on the plate. It turns out the name quattrovalvole refers to the four valves it now had per cylinder. Since the car had to be fitted with catalytic converters to comply with emissions regulations, this was Ferrari’s quick fix. The change brought the power back to 240 hp. The model is also easily recognizable by the louvers on the sail panels which I think look great. 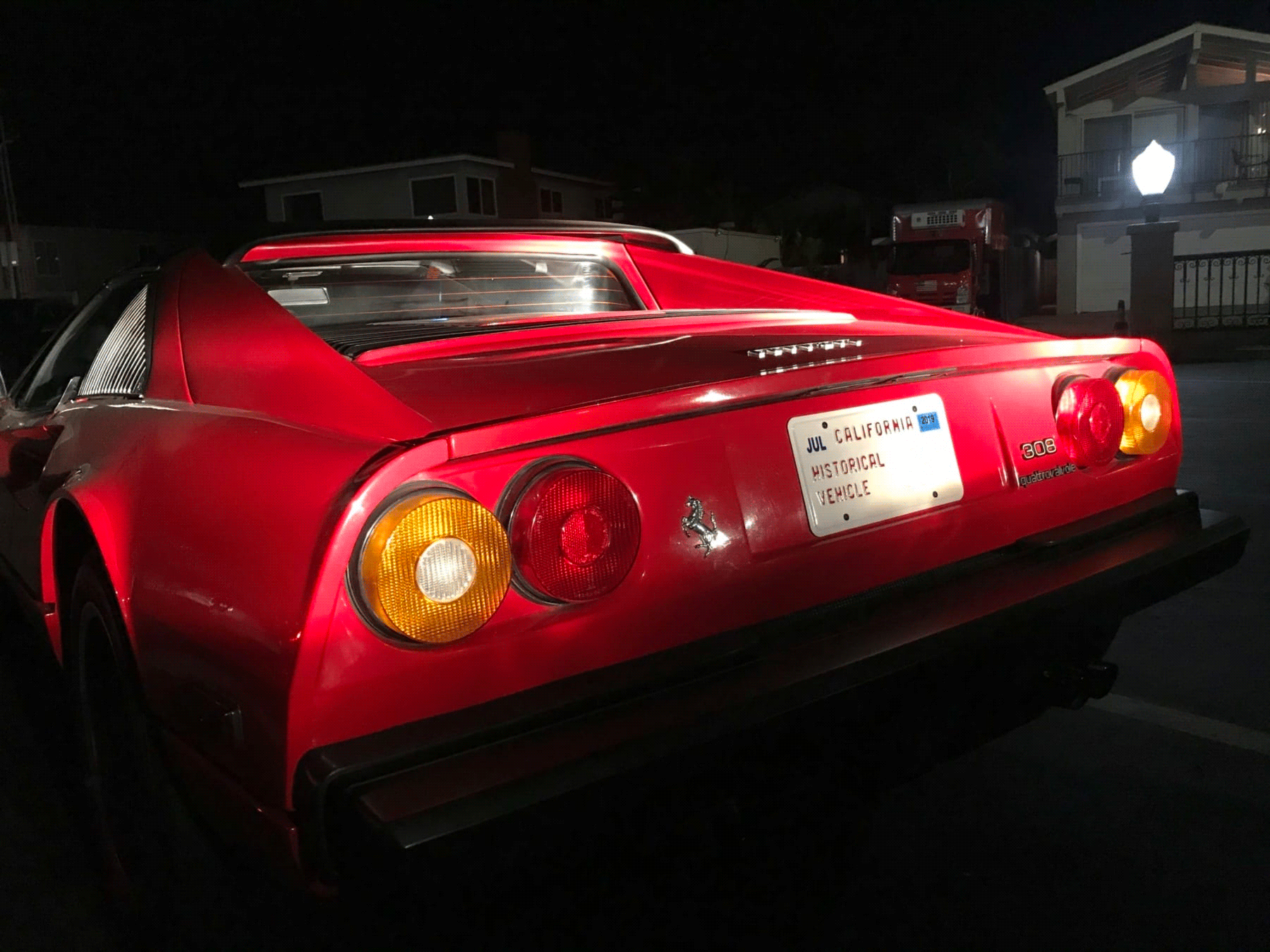 When the gentleman came back out I happened to be the one who pulled it up. The V8 sounded amazing on startup from inside the cabin and pop-up headlights are always cool. I asked the guy what year it was so that’s how I know it was an ’85 but he didn’t seem all that willing to talk about it. I would’ve loved to find out the backstory on where the cars been and how it ended up in his hands but I guess that will have to remain a mystery. Regardless, this will always be one of the most memorable cars I’ve ever driven as a valet.