Welcome to the Hooniverse News! As always, this is a weekly recap of the biggest stories in the automotive industry without the fluff or bull. This week: holy fuck BMW that M3/M4 is ugly as shit, Volkswagen reveals production ready ID.4, Audi celebrates racing success at the ‘Ring with Green Hell R8, Acura announces two customer racing teams fielding their DPi next year, California sets goal for zero emissions car sales by 2035, and your news for the week.

Starting with a couple of cars that caused absolutely no drama whatsoever, BMW’s new M3 and M4. Their “standard-bearers for racing-car exhilaration in everyday driving” are all new, more powerful, more advanced, and more offensive.

The configurations available at launch will be the M3 Sedan, M3 Competition Sedan, M4 Coupe, and M4 Competition Coupe. Convertible versions of the M4 at some point are a guarantee and there’s even an M3 touring that was confirmed, but that’s almost certainly not coming to the US. But the Competition versions being available right at launch is something new. That used to be sort of a mid-cycle refresh to add a little more power and sharper dynamics, but now we can choose right from the start. Regardless of which car is chosen, drivers will benefit from some of the good lessons learned over the past few years. For example, developing the road car alongside the race car as BMW first tried with the M8 GTE. The M4 will be BMW’s GT3 car from 2022 and the fine tuning is being done with both cars simultaneously. This sort of thing made the M8 a supposedly awesome car to drive (rare from BMW these days) so here’s hoping it worked on the M3 and M4 too. 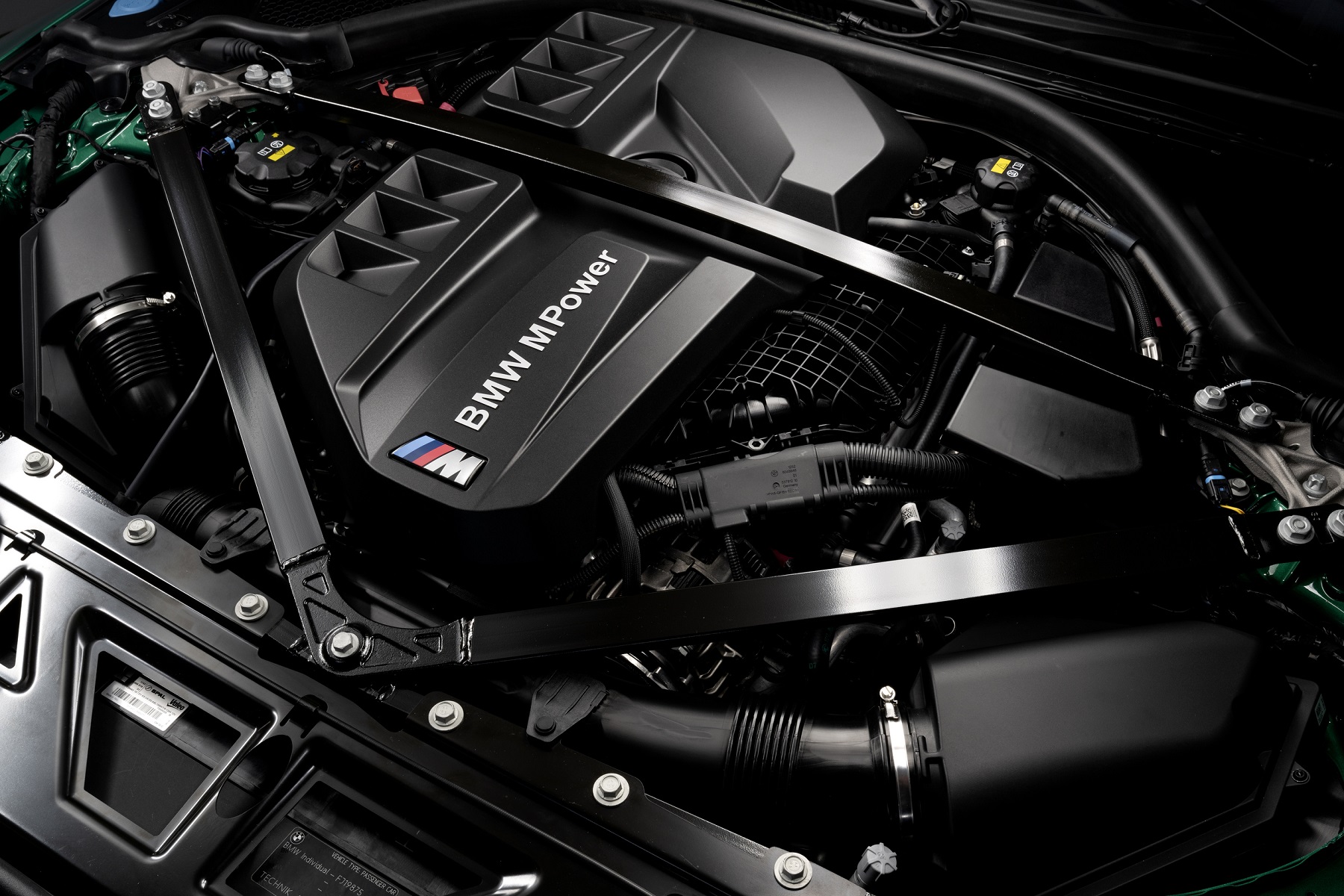 They certainly won’t be slow regardless of which car you get. A 3.0-liter inline-six with M TwinPower Turbo produces 480hp and 406 lb.-ft. of torque in standard form. Opt for the Competition and those numbers raised substantially to 510 horsepower and 479 lb.-ft. of torque. And rejoice all eight people who still buy manual BMWs – a six-speed manual is standard. This is significant because not only is the option for a manual still a thing on a car like this, it’s also been developed specifically for the new M3/M4. Those who will daily drive this or just want one of the fastest transmissions out there can still get the eight-speed M Steptronic. It seems transmission availability depends on the model and whether the optional AWD is equipped.

Oh, and it has AWD as an option on the Competition models. This is similar if not the same unit found in the M5 and M8 which is a RWD-biased system when enabled and can be fully RWD with the push of a button.

This all translates to impressive performance stats on paper. 0-62 mph on both Competition models is 3.9 seconds (add three tenths to the standard cars). Top speed is limited to 155 mph as is usual for German cars but it can be lifted to 190 mph if you give them the money for it. 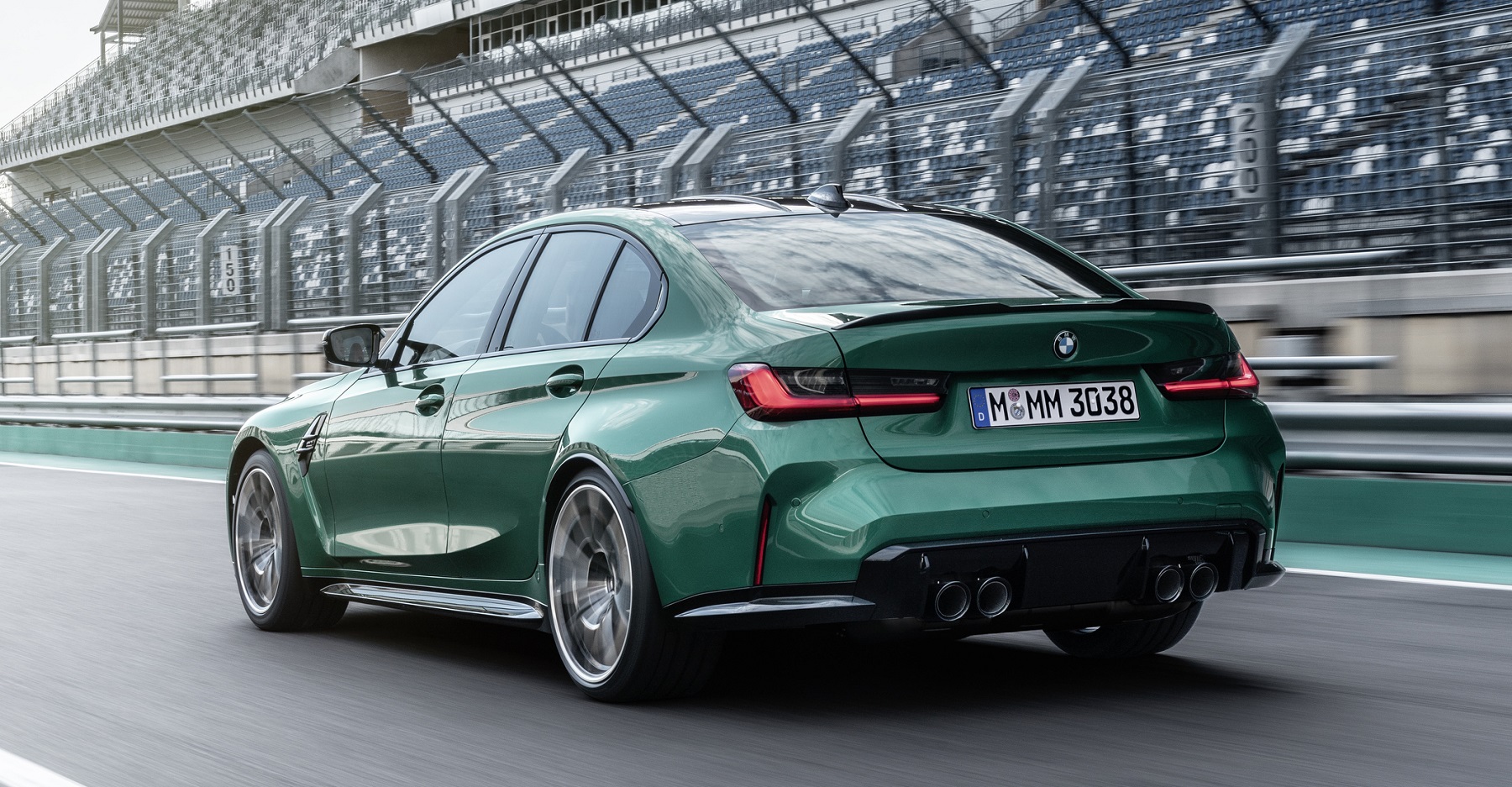 A lot of work was put into making it more #dynamic and it uses some clever electronics and engineering to accomplish that. It’s all on an extremely stiff body structure and chassis mounting and is backed up by loads of standard features. New Active M suspension and Dynamic Stability Control with integrated wheel slip limitation and ten-stage traction control will do their part to keep things under control. Super strong and fade-resistant M Carbon Ceramic Brakes are available through the M Race Track Package as well.

BMW also acknowledged enthusiasts’ complaints about how heavy their cars have gotten and responded by making both the M3 and M4 heavier than before. The lightest offering, the totally standard M4 Coupe, weighs in at around 3,750 pounds. That’s close to 300 pounds over the lightest of the previous-generation M4s. I hope those numbers take the optional AWD system into account but the press release wasn’t clear on that.

Author’s note: it was at this point that the new Deftones album dropped, so I’ll be speeding things up a bit. 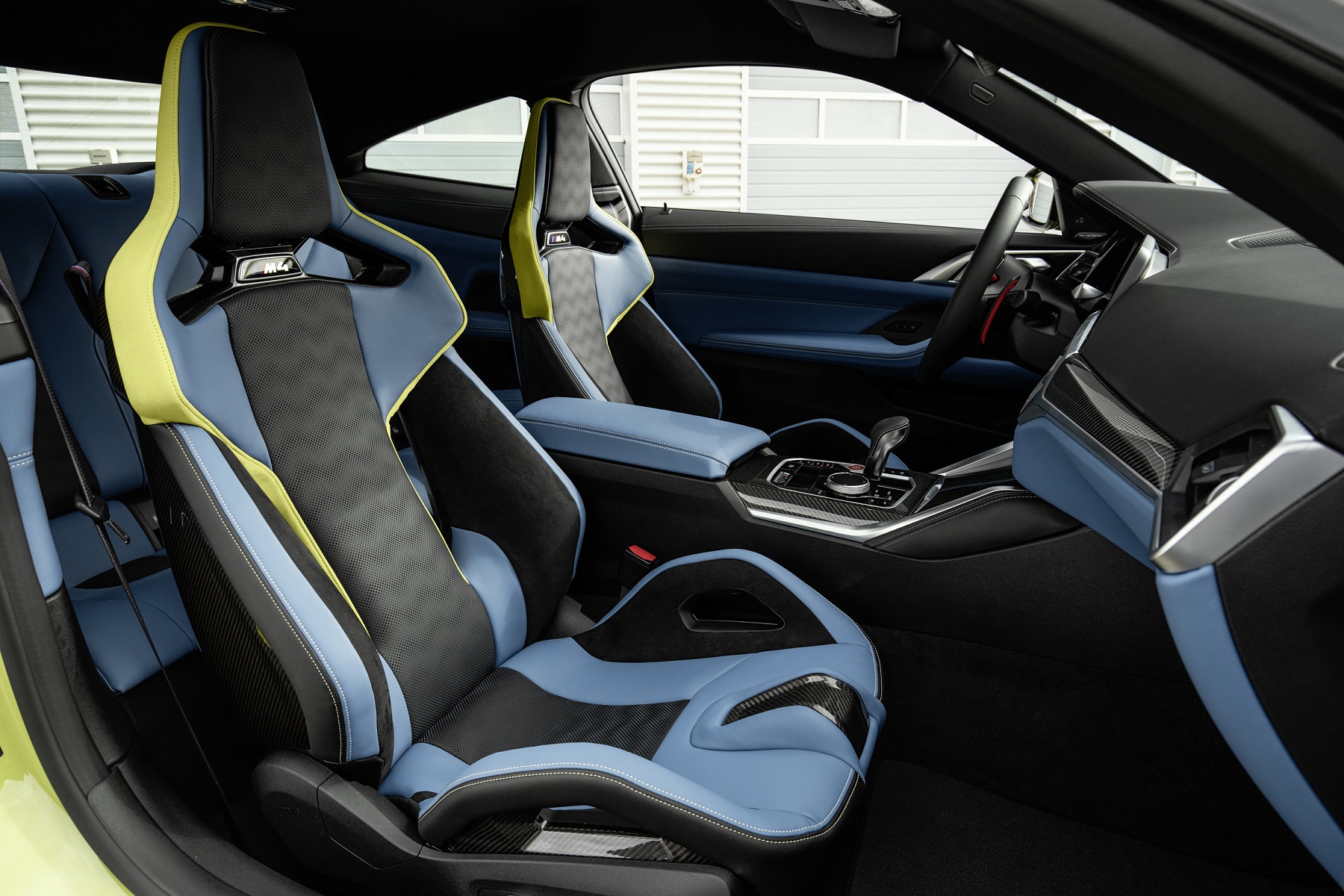 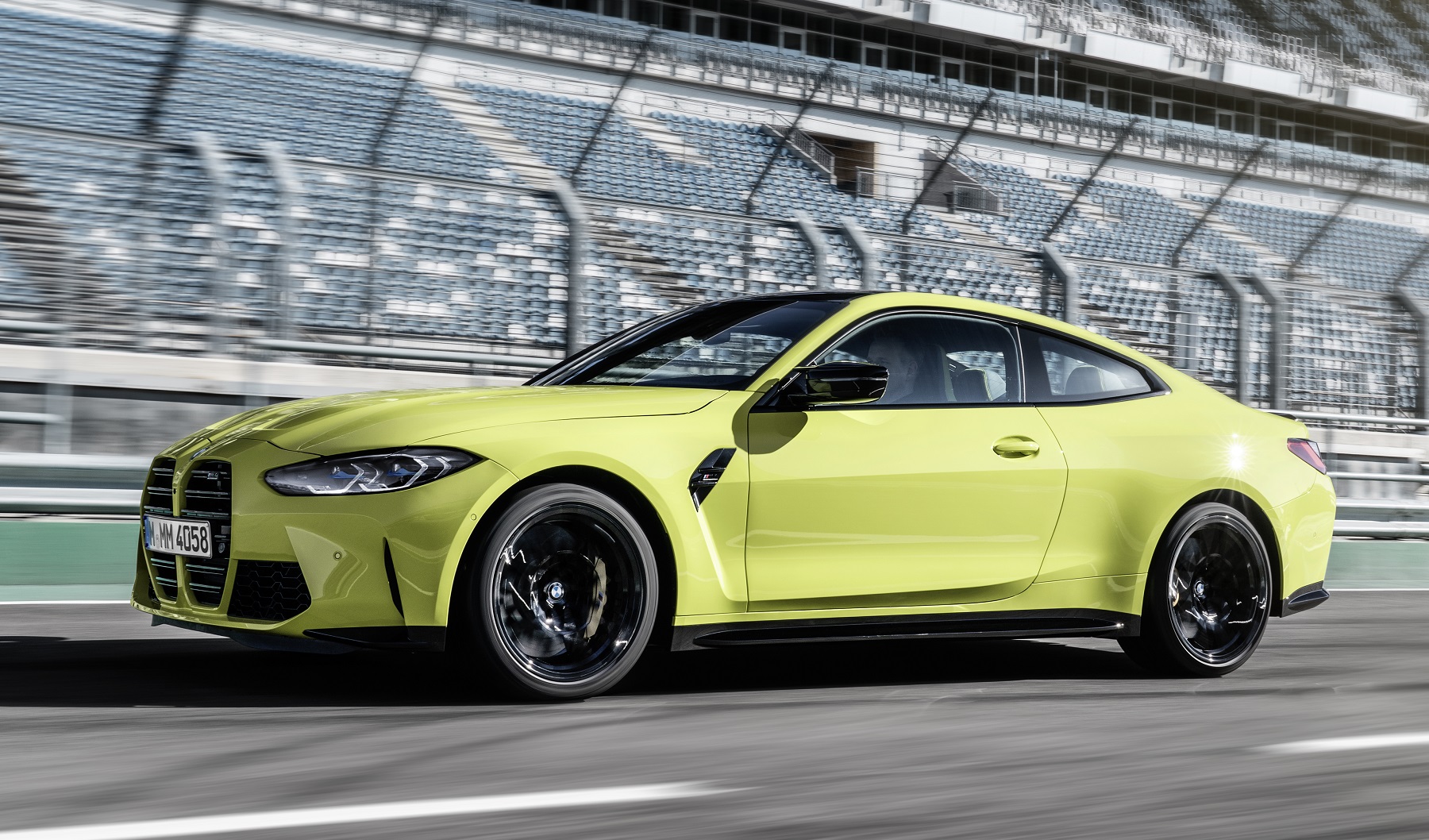 It looks really good if you close your eyes and imagine something less shitty. 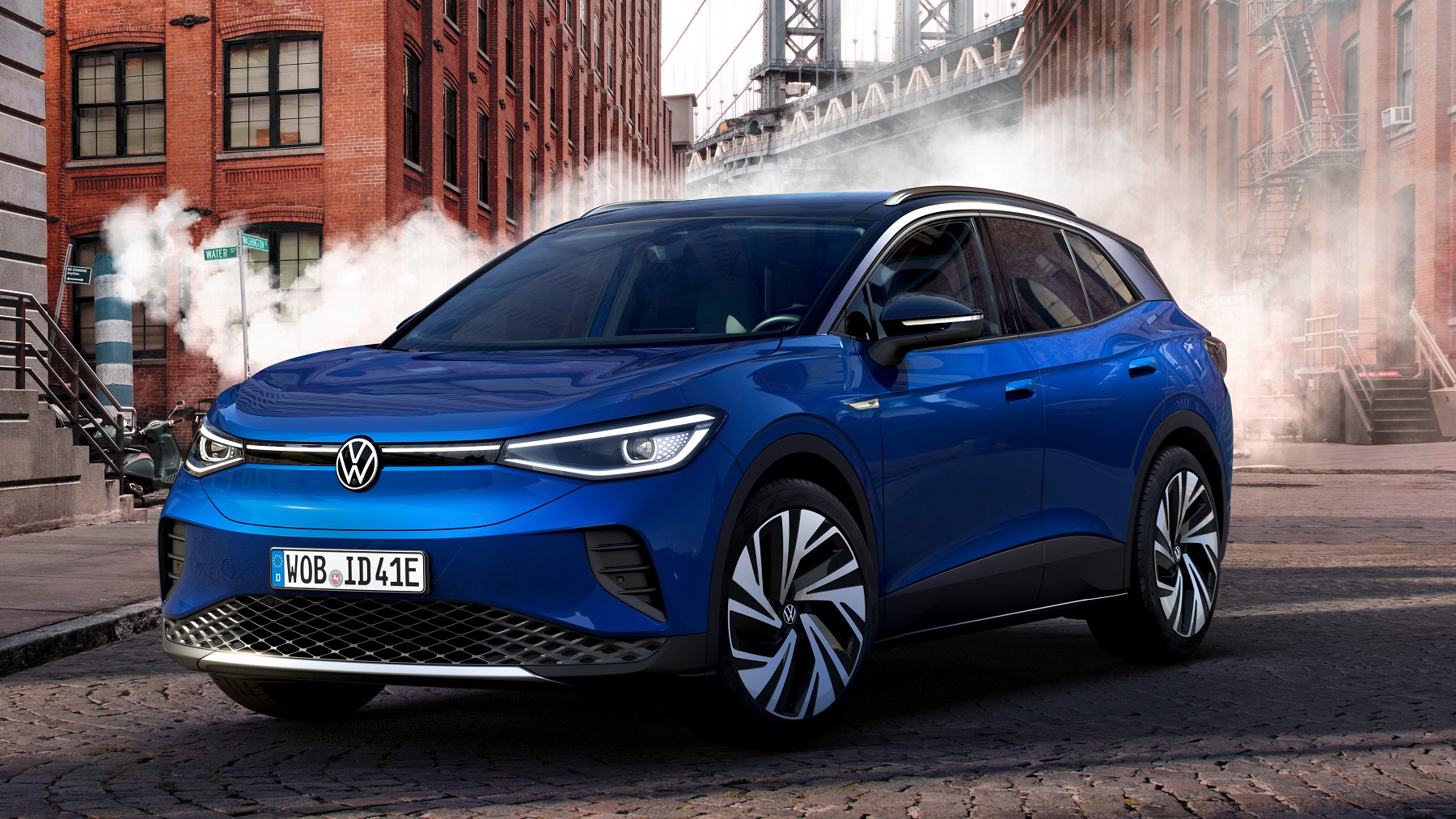 Volkswagen took a significant step this week towards making people forget about dieselgate with the all-new ID.4, their first new EV for the US market under the new ID sub brand. You can tell it’s for the US because it’s a crossover SUV.

Despite that, VW says it has the personality of the Beetle that they killed and drives like a GTI. That of course assumes that the Golf GTI takes 8.5 seconds to do 0-62 mph, which it hasn’t since the last millennium. But being a battery-electric vehicle, they’re able to keep the center of gravity very low, so it certainly won’t be a bad thing to drive. Speaking of batteries, VW equipped an 82 kWh battery that’s estimated to deliver 250 miles of driving range and feeds the motor(s) with up to 201 horsepower. Its towing capacity is 2,700 pounds, which isn’t bad at all for what it is. As is typical for VW, it’ll be an EV for the masses with an MSRP of $39,995 before any state or federal tax credits are applied. A cheaper $35,000 version is expected in the near future as well. 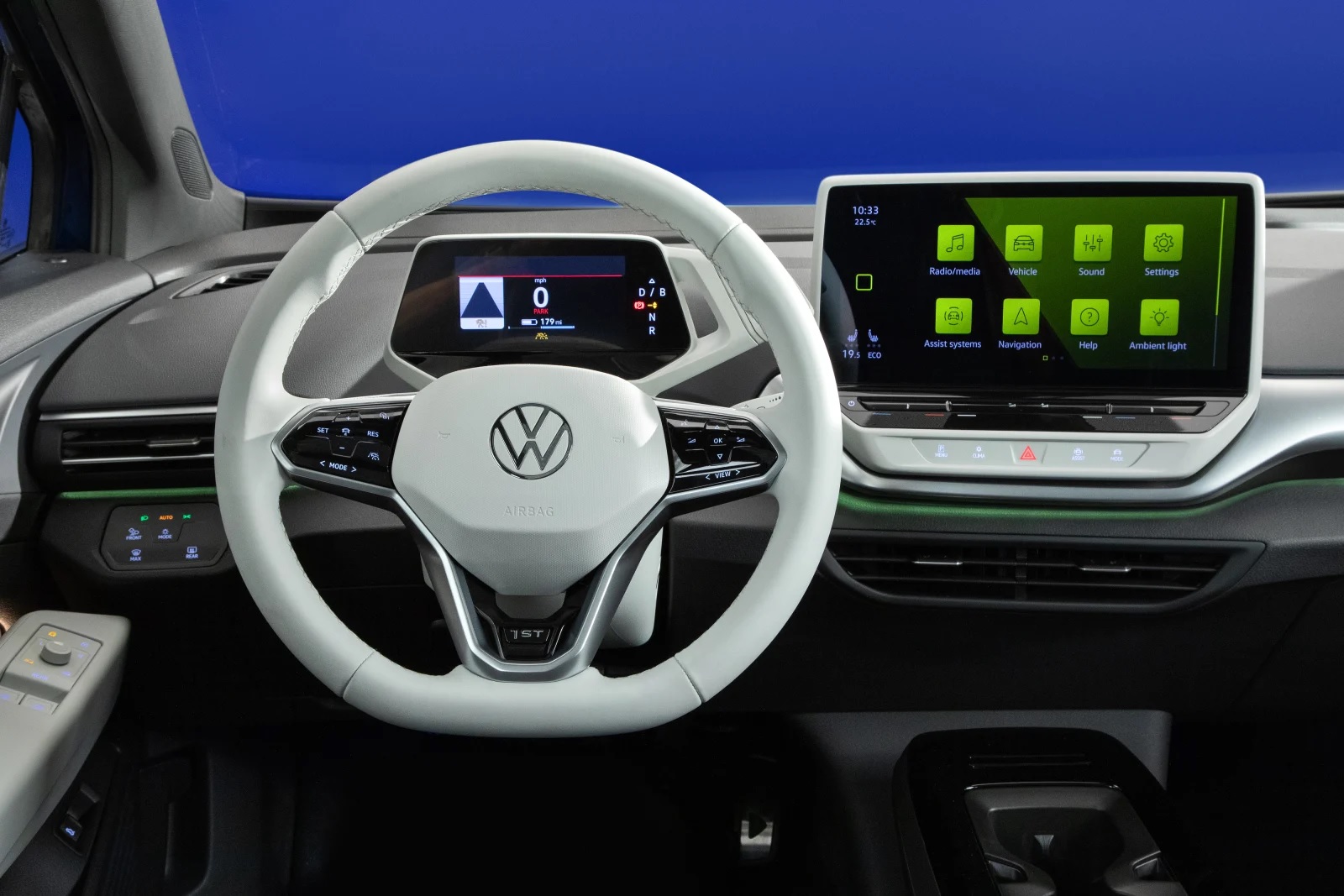 The ID.4 is a significant part of VW’s grand master plan to get more EVs in the hands of average consumers. Their tagline for the ID.4 is “Electric for the millions, not the millionaires”. It’s fun to pretend to save the environment while driving around in a luxury EV, but you’re not going to accomplish anything if the general public can’t afford it. It’s already proven to be a hit with a limited-run ID.4 1st Edition reportedly being sold out in under 8 hours at $43,995 a piece. 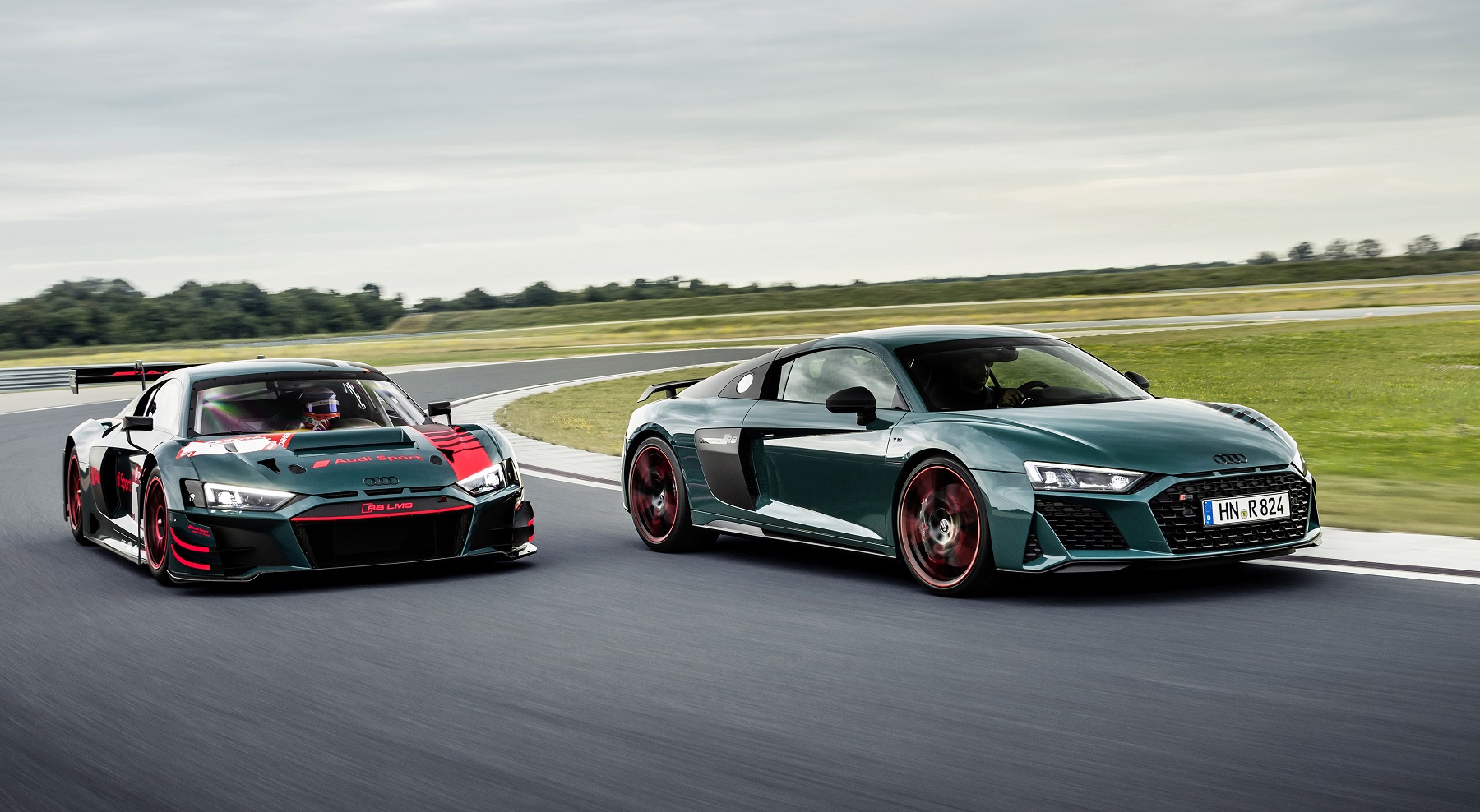 The postponed 24 Hours Nürburgring is taking place this weekend and Audi wanted to do something a little special for it. The R8 LMS has had great success at this track and this race in particular with five wins since 2012. So to celebrate and raise more money from rich people, 50 of these special edition R8s will be produced. It’s creatively called the R8 Green Hell. 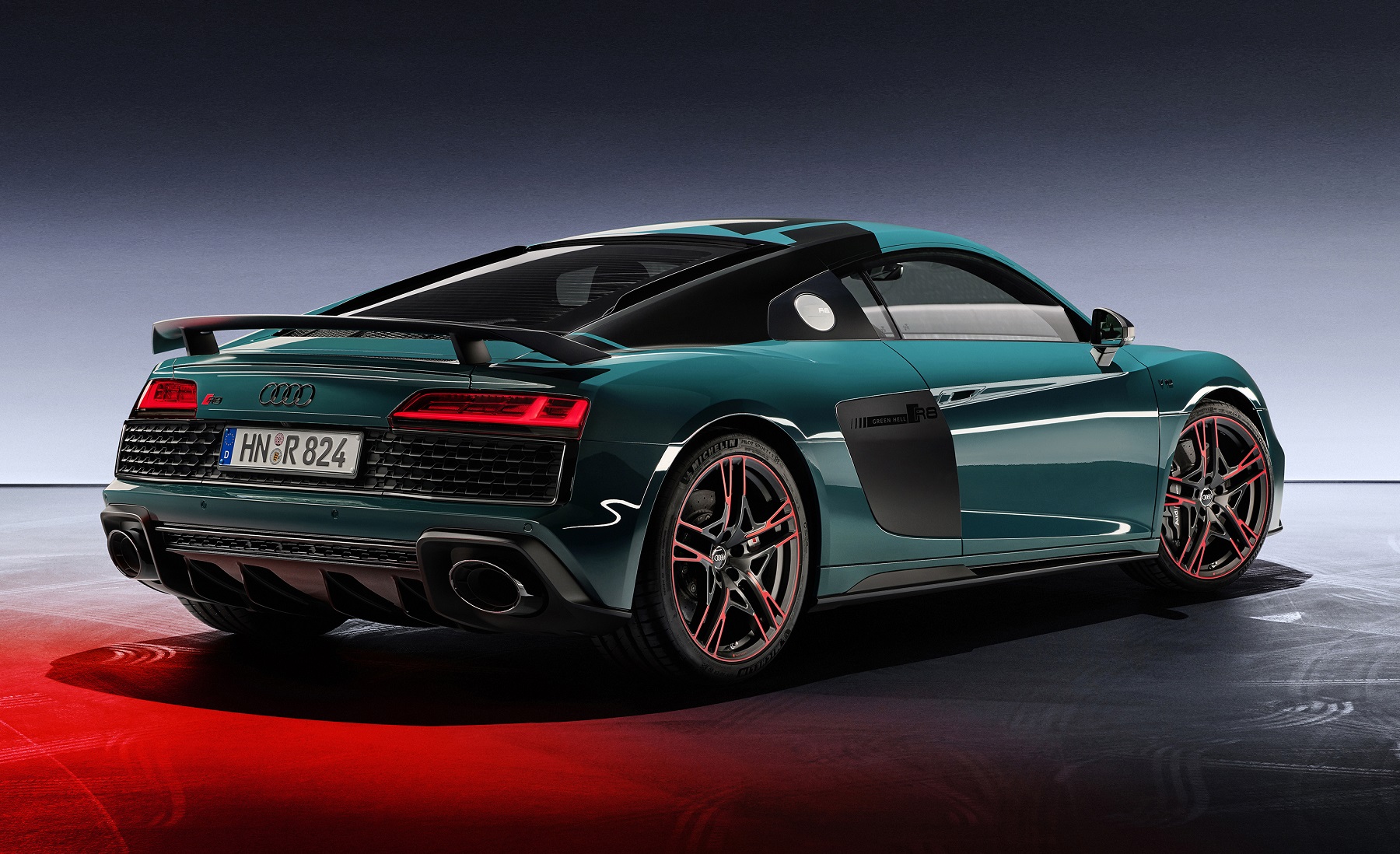 And it’s very green. Tioman Green is the standard paint that’s exclusive to this model but it can also be had in white, gray, or black if you’re boring. To sort of make it look more like the race car, they partially covered the A-pillars, roof, and the rear with matt black foil. The matt black accents continue elsewhere on the car, including the wheels which are also highlighted by red details. There’s also no shortage of Green Hell badges and stitching to remind drivers what car they’re in.

The car’s performance capabilities weren’t touched by this package, but it doesn’t need it. Pricing is set at €233,949.59 and is seemingly only available in Germany. 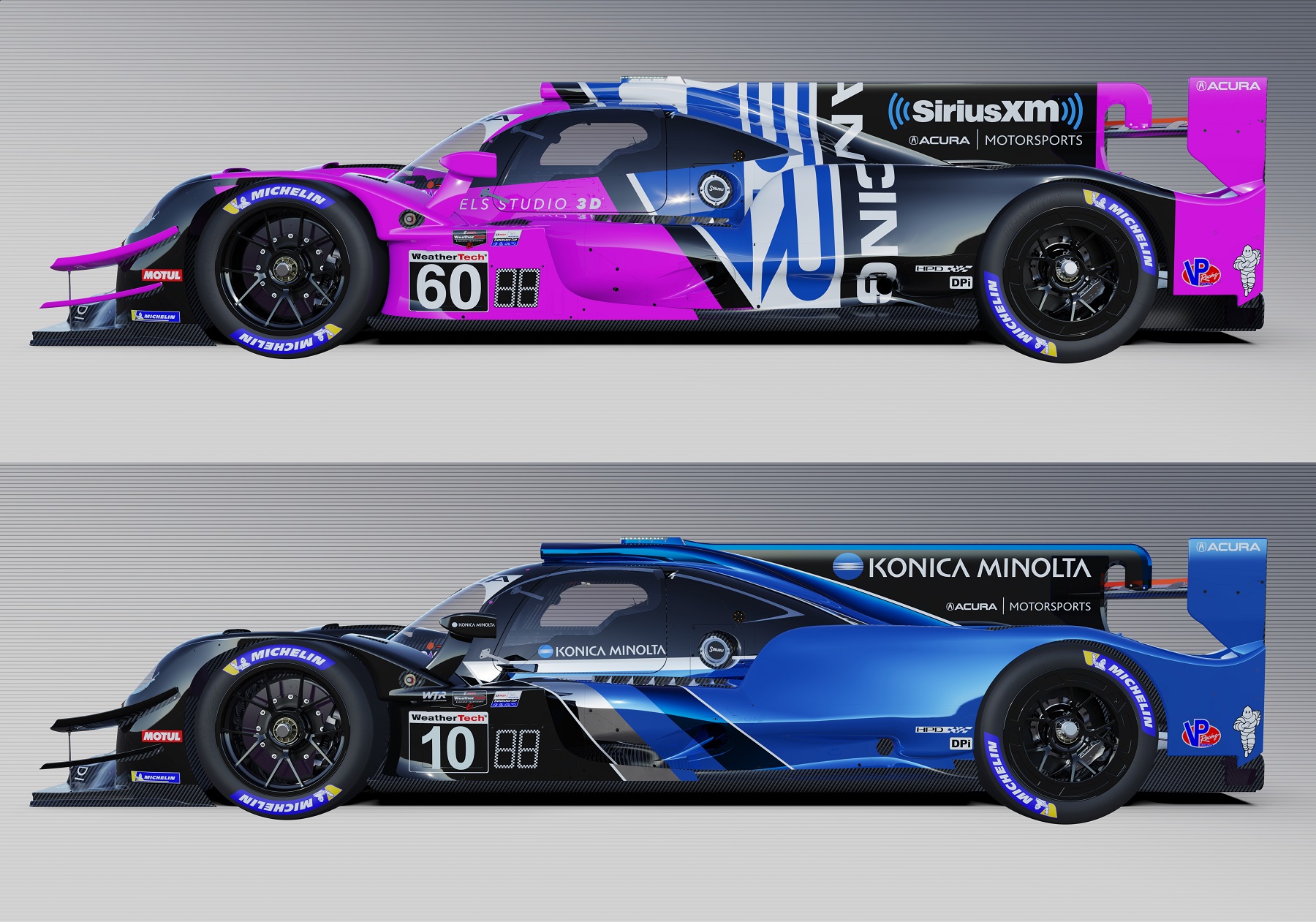 Acura dropped some stunning news this week regarding the future of their DPi and eventual LMDh program in IMSA. Lots of fans were concerned with the split between the brand and Team Penske who were running the show on track, but rumors were circulating which suggested Acura was simply taking a different approach. Penske was running the Acura ARX-05 exclusively, but Acura was thought to be looking to open it up to more customer racing teams. This week we received confirmation that this was the case.

Acura announced that Meyer Shank Racing (MSR) and Wayne Taylor Racing (WTR) would be taking the reigns next year. MSR is fresh off a GTD championship with the Acura NSX GT3 and WTR… well, they’re Wayne Taylor Racing. If you asked any Acura fan who they thought would take a shot at the Acura DPi program, they’d all answer MSR as a front runner. But WTR is a legitimate shocker. They’ve been racing with GM for nearly a decade and are currently one of a handful of Cadillac DPi customers. It’s also worth noting that former WTR driver and son of Wayne Taylor himself, Ricky Taylor, is currently driving the Acura for Penske. Both teams will run the prototype as it is until the new LMDh regulations take over, at which point both teams will switch over to the new car. 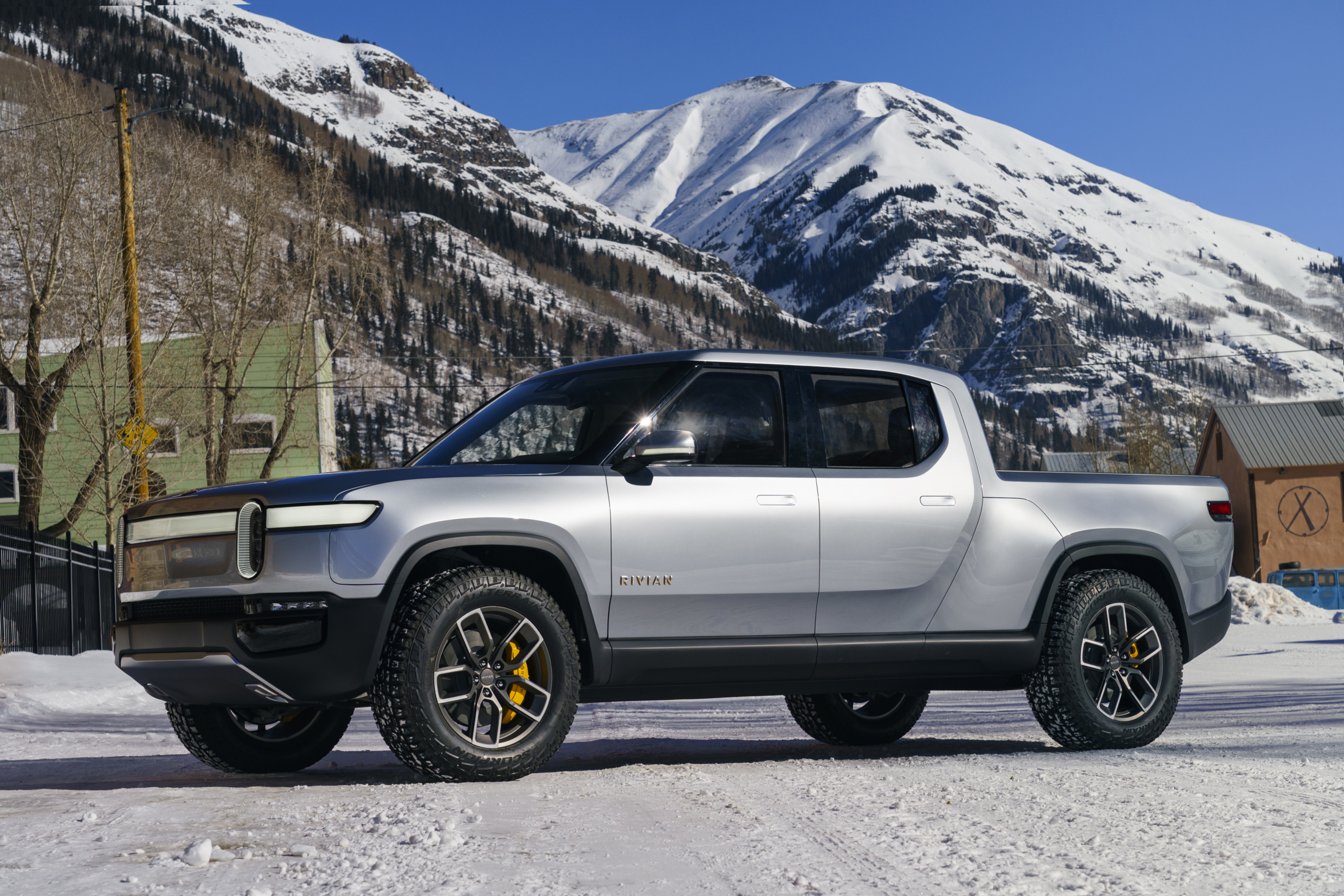 And now for news that I’m sure won’t be controversial at all, California Governor Gavin Newsom announced by executive order that all new passenger car and truck sales conducted in the state must be zero emission vehicles by 2035. Medium and heavy-duty vehicles will have the same goal “where feasible” by 2045. Some headlines you’ve certainly read go something like “California bans all cars” or “Tesla is now the official car of California and dissenters will be labeled as short sellers and called pedophiles by Elon”. But there’s a few key points here to pick out from the order issued by Newsom’s office.

The executive order mandates that new car sales in the state are of zero emission vehicles by 2035. It does not mandate what kind of zero emission vehicle it is and it does not ban ICE vehicle ownership outright, nor does it ban the ICE used car market. What it does do is require automakers to continue to ramp up production of new cars that run on alternative energy. Meanwhile, state agencies and the private sector will need to accelerate the deployment of affordable fueling and charging options. By setting the goal 15 years in the future (if there even is a future by then), this gives everyone a chance to make sure the state is as ready as automakers are.

Some will certainly wonder “why wait?”. Well the answer is painfully obvious if you or someone you know lives in California. Their power grid is complete shit. When it isn’t starting fires, it struggles to handle the increased load of millions of AC units during heatwaves as we saw from very recent rolling blackouts. And then there’s the problem the rest of the country faces with access to charging. If you don’t own a home with a wall charger, your only hope for charging is to fight for one of the charging spots at work or Whole Foods. If you live in an apartment like so many of us not rich people do (especially out there), forget about it. This isn’t to say California’s 2035 goal can’t be done; it’s just going to take a lot of work, fast.

If they’re as committed to this as they say they are, this will work. And it will have far reaching implications for the rest of us. California has a lot of influence over the car market. If they put pressure on automakers to release more zero emissions cars, those cars will start to fill up showrooms elsewhere. And we can’t forget about the numerous other countries that have very similar mandates as well. Even if California didn’t make this announcement, it’s very possible that all new cars would have been electric in some form or another by 2035 anyway. The cars will be ready, the infrastructure just has to be as well.