Welcome to the Hooniverse News! As always, this is a weekly recap of the biggest stories in the automotive industry without the fluff or bull. This week: Porsche debuts new 911 Targa, Alpina has a new super SUV and it’s built in America, GMC shows off removable roof panels of Hummer EV, new Genesis G80 price undercuts competition, Volvo says speeding is bad, and your news for the week. 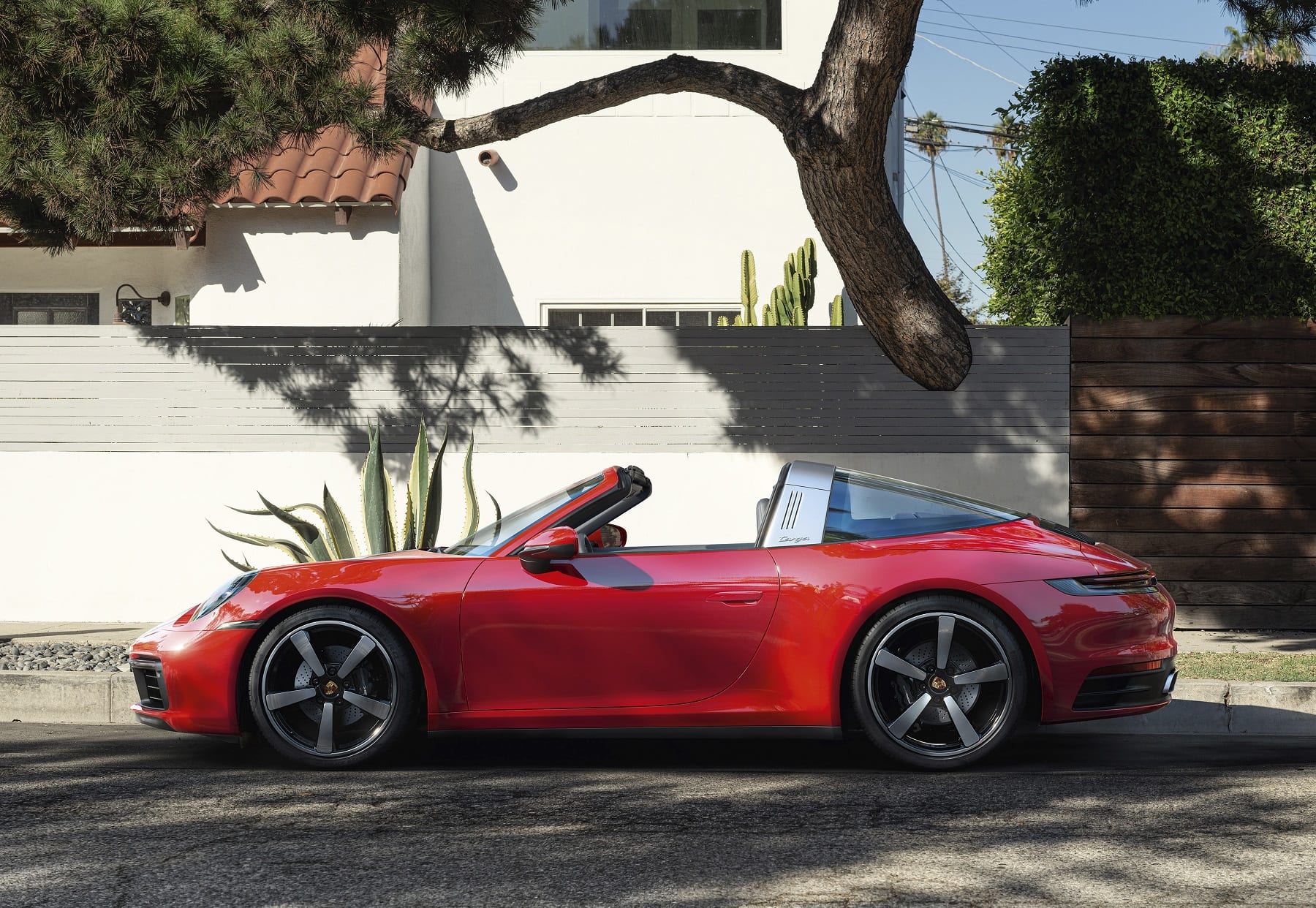 The Targa is coming back for the eighth time in 911 history since it debuted in 1965. It’s launching later this year as the Targa 4 and 4S (based on the Carrera 4 and 4S) with all the classic Targa elements but on the most advanced 911 platform ever.

Targa’s distinction among other models is all in the roof and back of the cabin. The roof panel can be retracted and there’s a giant wraparound rear window with the classic Targa bar separating them. As with other recent Targa models, the simple act of removing a roof panel is made incredibly not simple by a fully automatic retraction system. This lifts the entire rear window section and hangs it over the ass end to get it out of the way. It then flips the roof panel over the Targa bar and stows it flat behind the seats and over the engine. 19 seconds will have passed when the rear section flips back down to complete the Targa transformation. 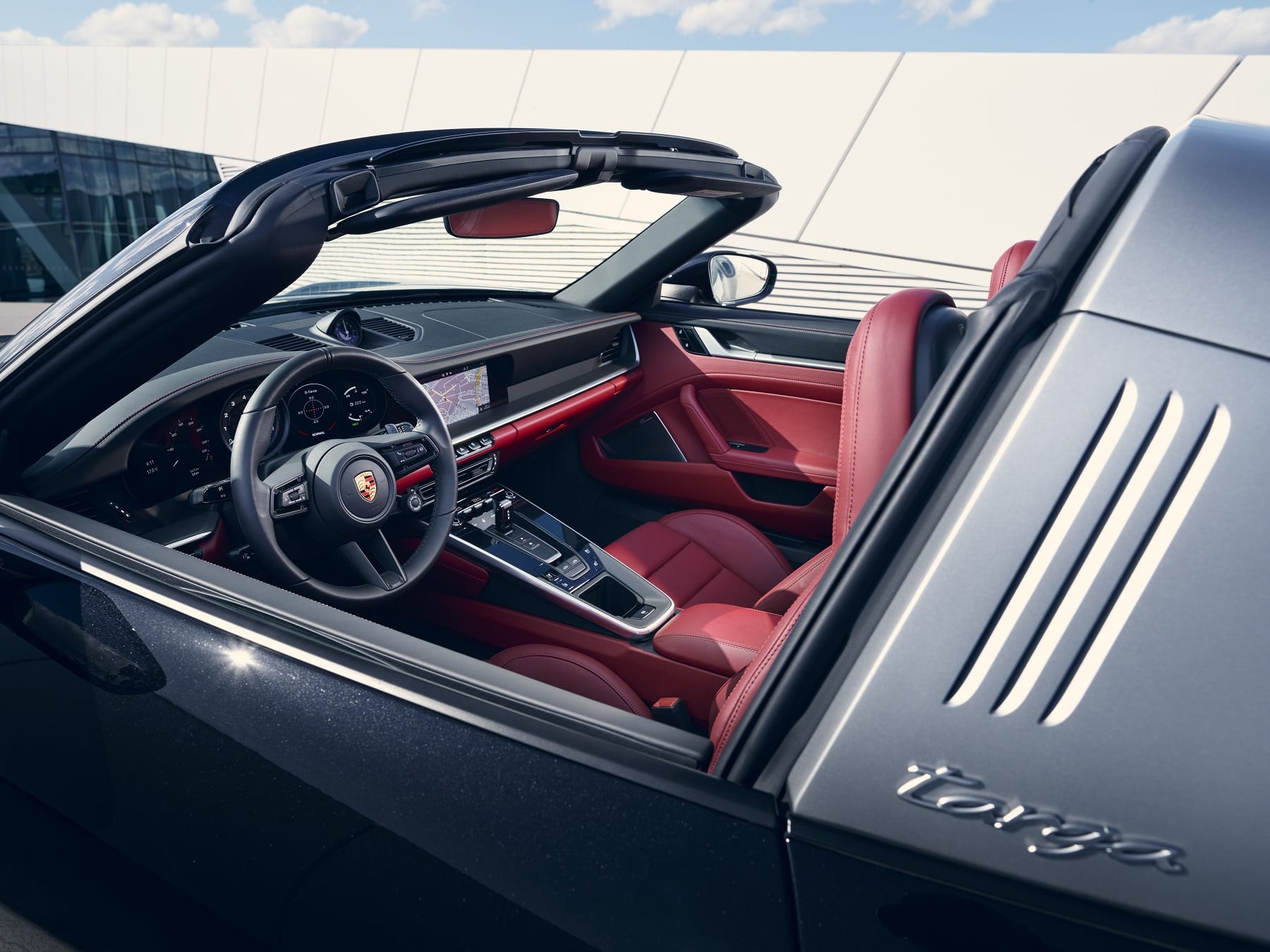 Besides that, everything else you get with the Targa models is identical to the Carrera models they’re based on. Both receive a 3.0-liter twin-turbocharged flat six, all-wheel drive, and an eight-speed PDK. The Targa 4’s flat six produces 379 horsepower while the Targa 4S receives 443 horsepower. Opt for the sportier Targa 4S and you can also check a box for a seven-speed manual as a no cost option. 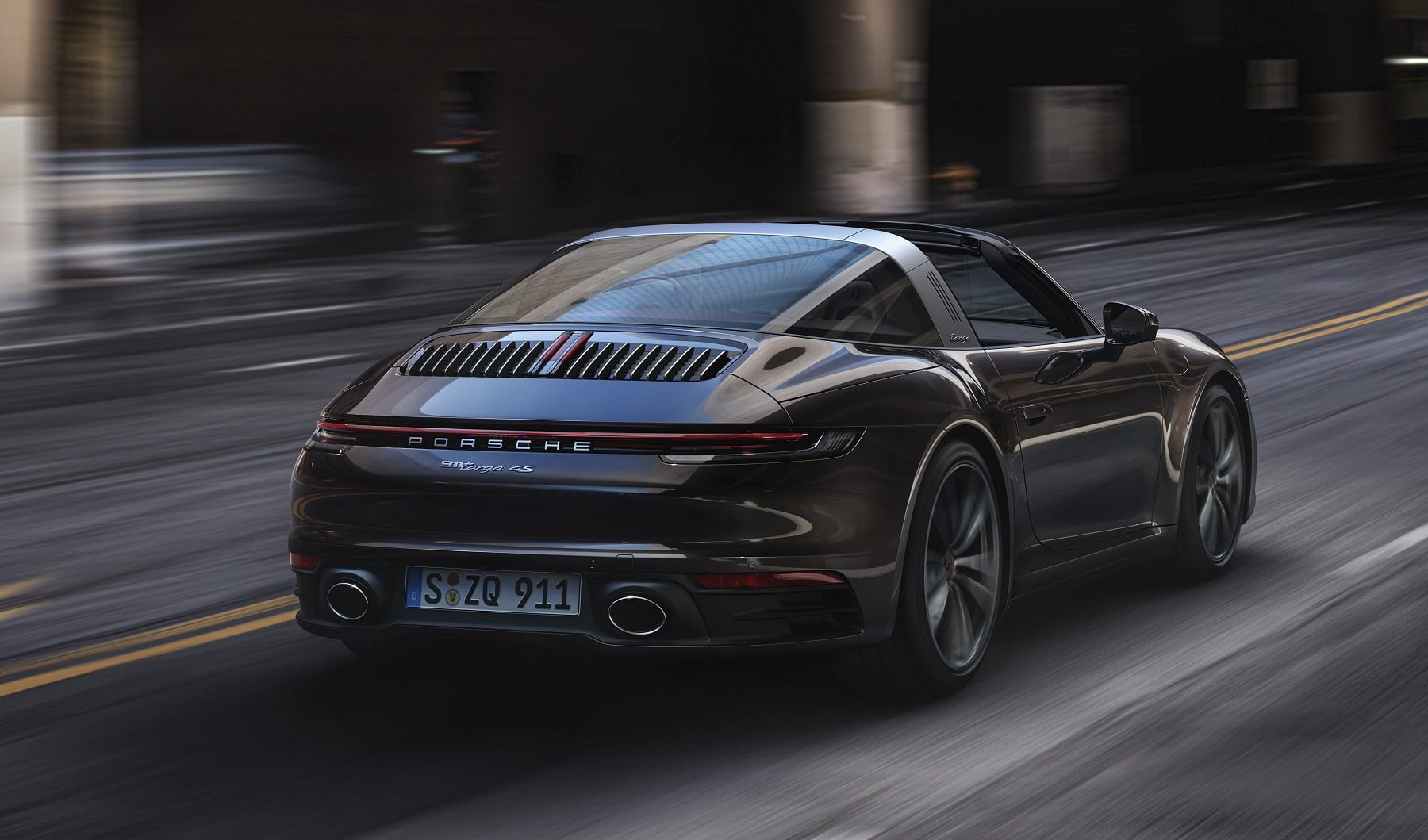 Prices for the Targa 4 and 4S seem to match those of the Cabriolet models at $119,300 and $135,200 respectively. For the same money, it’s really just a matter of how much headroom you want. Porsche also dropped a hint in their press release of a special edition Targa that will debut next month. They say it will “expand the combination of traditional styling elements, timeless design, and cutting-edge technology”. So more on that later. 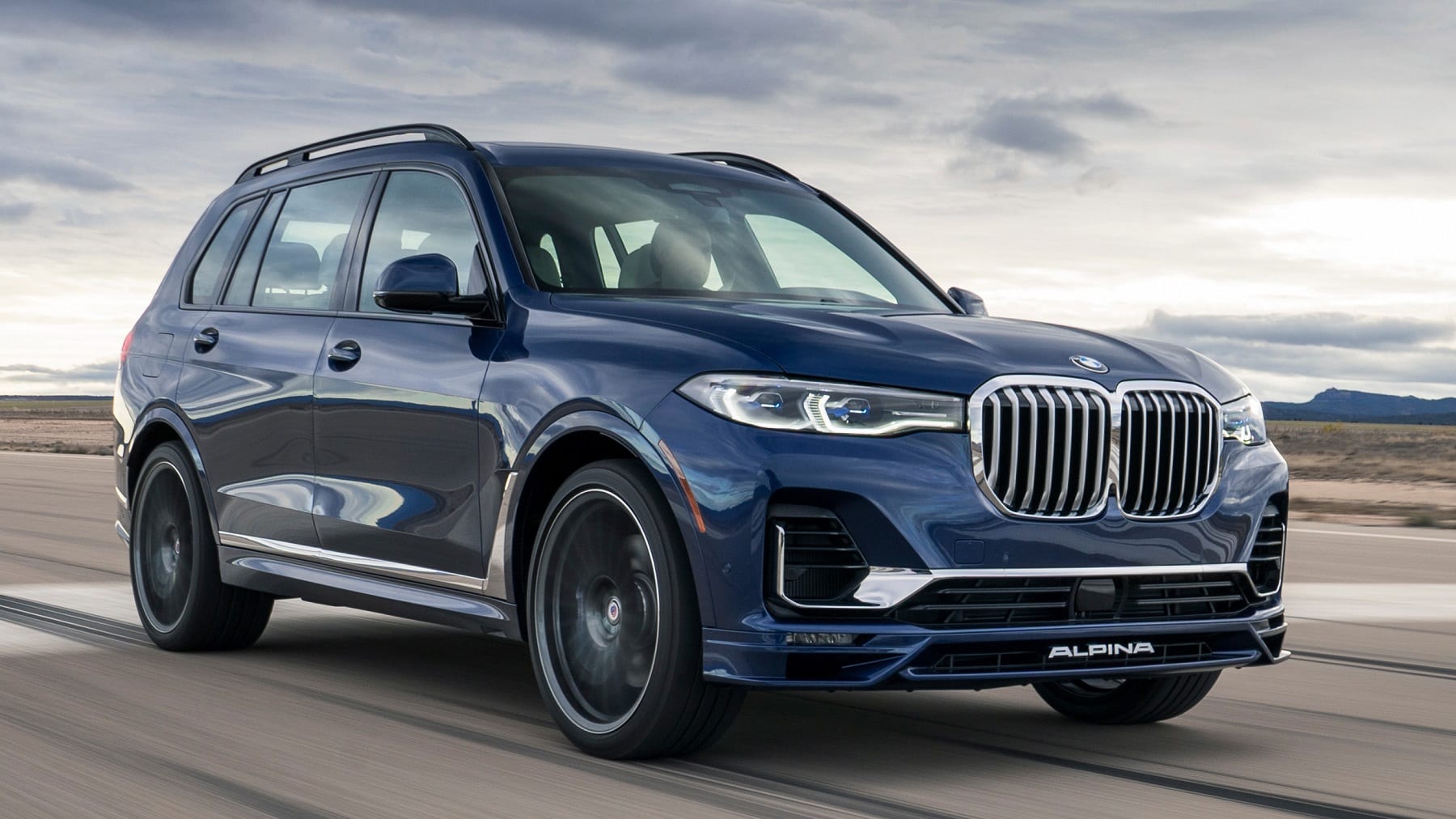 Surprisingly, this is not Alpina’s first SUV. It’s just the first one to make it to America. Seeing as we can’t get enough of them these days, it’s the right time for Alpina to expand a bit with a ridiculously powerful version of the BMW X7.

Power is what Alpina does best and it’s no difference here. The 4.4-liter twin-turbocharged V8 that comes with the X7 M50i normally produces 523 horsepower and 553 lb.-ft. of torque. In the Alpina XB7 that same engine makes 612 horsepower and 590 lb.-ft. of torque. This absolute unit weighs at least 5,600 pounds but can still manage a four-second-flat 0-60 mph time, a 12.6-second quarter mile, and a 180 mph top speed. 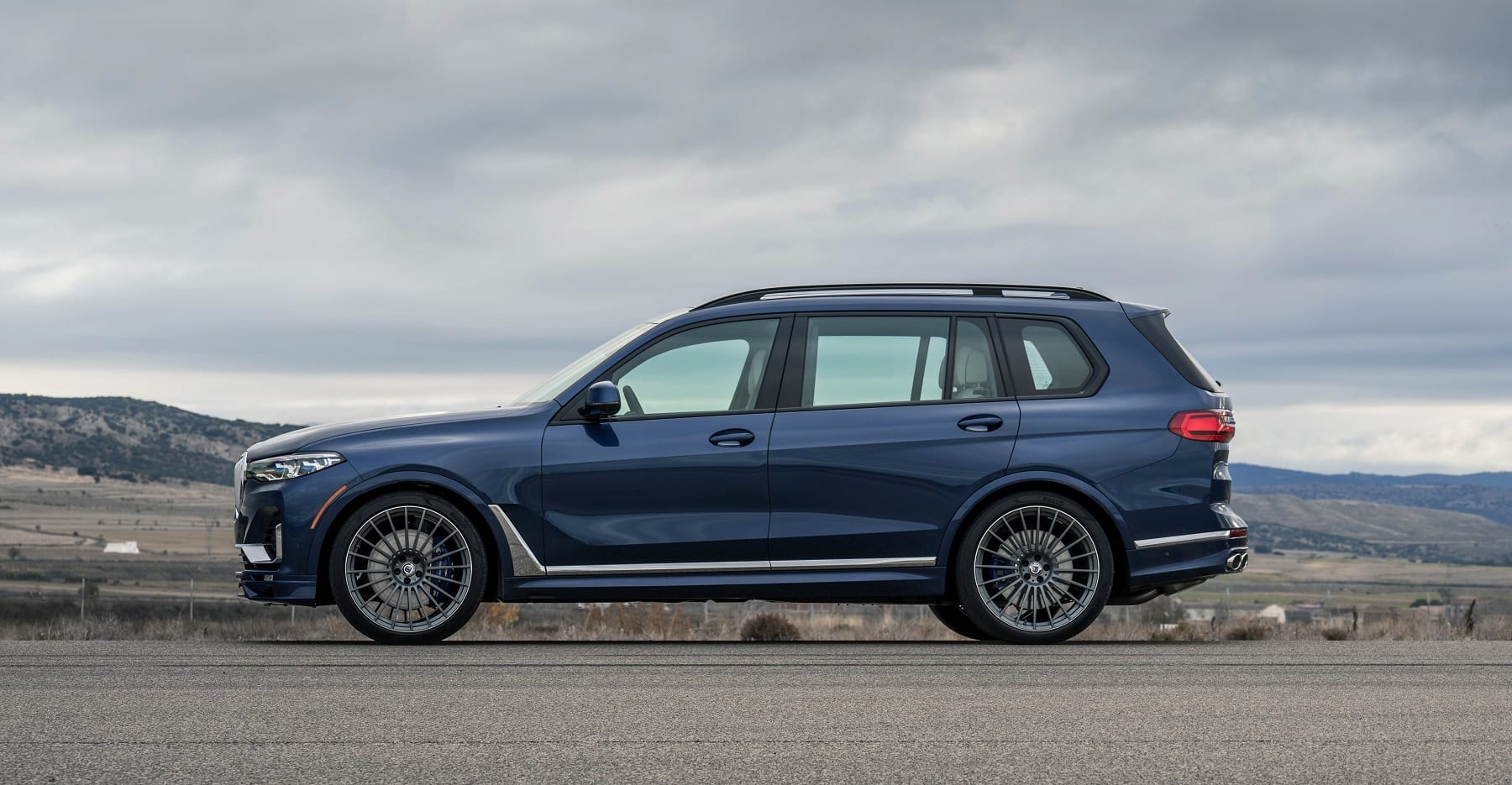 The rest of Alpina’s upgrades are what you see on everything they make. It rocks a new front bumper lip and rear diffuser as well as those signature 21″ multi-spoke Alpina wheels.

The Alpina XB7 will be built in South Carolina alongside regular BMW SUVs and start at $141,300. This will be the first time an Alpina is produced entirely in the US that I can think of. BMW Spartanburg used to make Z4s but the body-in-white was shipped to Germany for the Alpina treatment. This time though it seems everything is taking place in the US. Which makes sense because we’re probably buying 90% of them anyway. 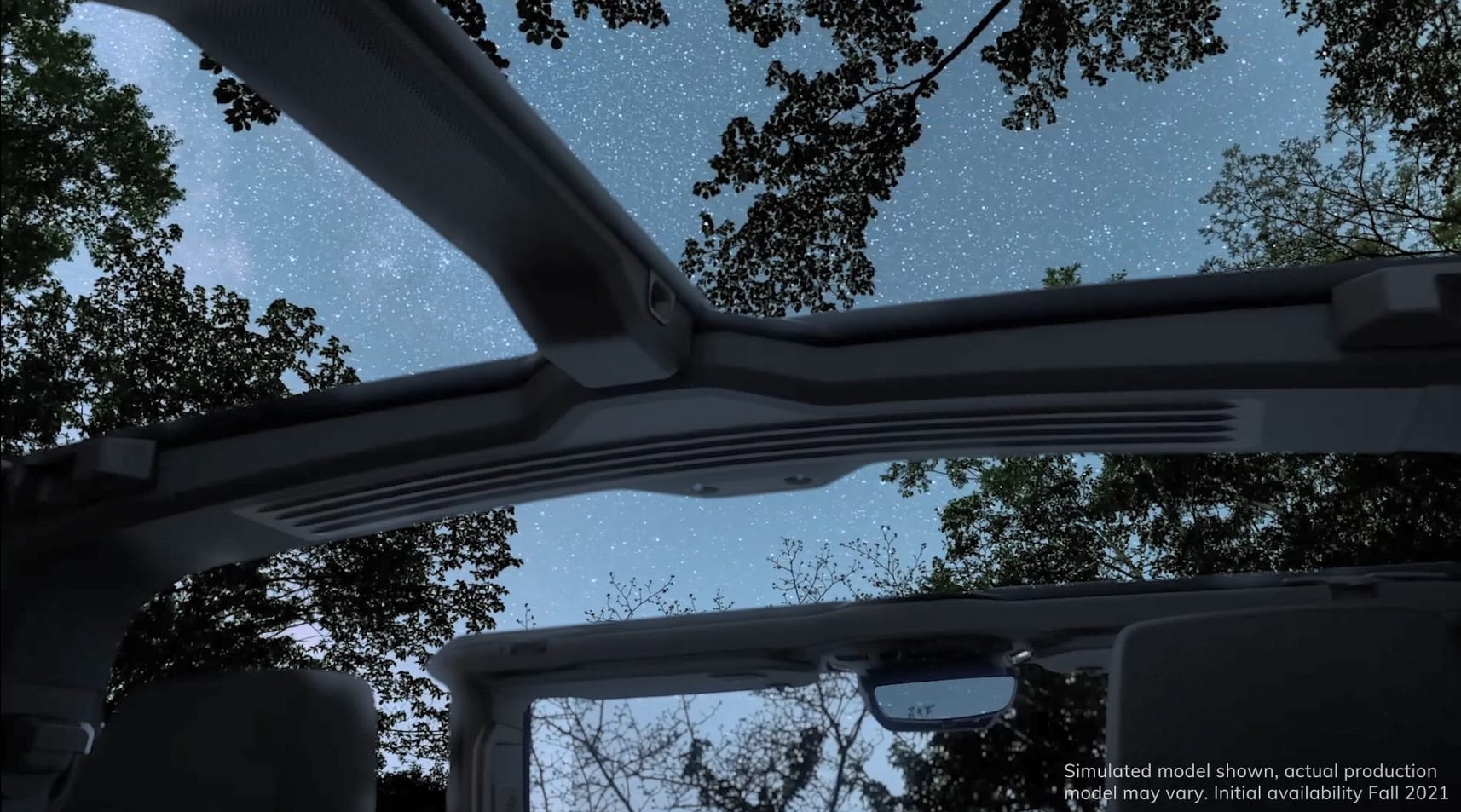 Not to be outdone by the 911 Targa, GMC showed off a more traditional removable roof that’s coming to the Hummer revival. The full reveal of the electric off-roader was delayed due to – well, you know – so they’re making up for it with some teasers released on the day it was supposed to be shown in full. This one shows off the three (at least) roof panels that can be popped off for limitless headroom. There’s no word on what those panels will be made of. I’m secretly hoping there’s at least an option to get it in fabric.

The all-new Genesis G80 will be fighting hard for some market share among the luxury sedan space. It’s a gorgeous and well-equipped offering from South Korea and it will have the price advantage on its side. Pricing starts at $47,700 for the four-cylinder model and $59,100 for the V6 model.

Compared to its rivals in four-cylinder form, that’s a significant difference. As Jalopnik points out, it’s over $3,000 less than the cheapest rival, the Lexus GS (which is dying soon), at $51,065. The difference grows much further when you start comparing German offerings. The V6 G80 still undercuts the competition but not by nearly as much. It’s within a $350 of the BMW 540i and $700 of the Audi A6 55 TFSI. There are of course loads of options that can quickly inflate those prices, but Genesis is making the G80 a very attractive option for buyers in that segment, especially for those looking at four-cylinder options. 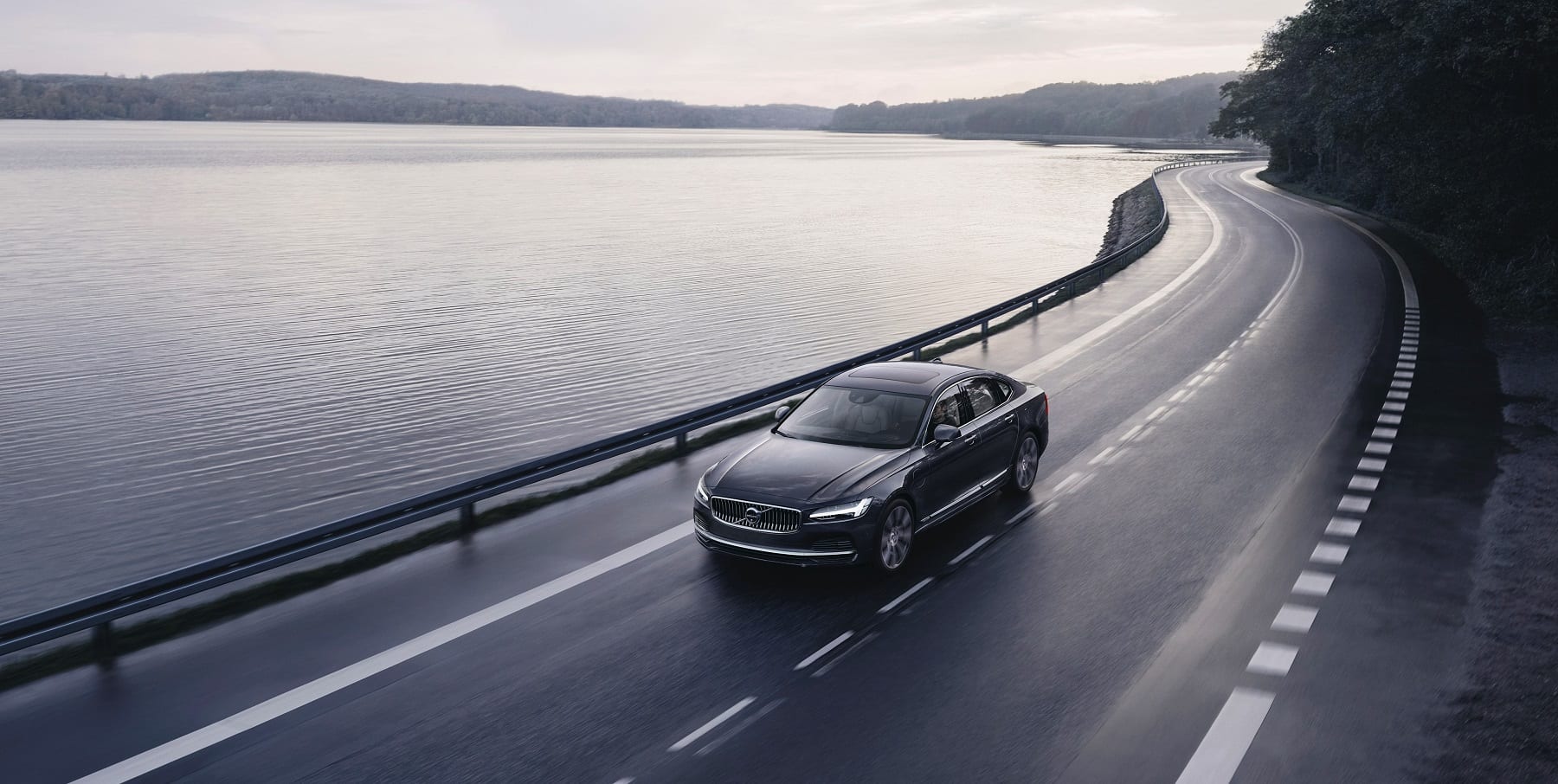 In what’s probably the biggest “but mooooom” moment of the year, Volvo says speeding is bad and is forcing you to agree. All new Volvo models excluding Polestar performance models will be limited to 112 mph / 180 kph. A new Care Key feature is launching alongside the speed limiter as well. This allows owners to impose other restrictions on the car when being used with a spare set of keys.

“We believe that a car maker has a responsibility to help improve traffic safety,” said Malin Ekholm, head of the Volvo Cars Safety Centre. “Our speed limiting technology, and the dialogue that it initiated, fits that thinking. The speed cap and Care Key help people reflect and realise that speeding is dangerous, while also providing extra peace of mind and supporting better driver behaviour.”

The top speed limit has proven to be controversial since it was announced, with some observers questioning the rights of car makers to impose such limitations through available technology.

Yet Volvo Cars believes it has an obligation to continue its tradition of being a pioneer in the discussion around the rights and obligations of car makers to take action that can ultimately save lives, even if this means losing potential customers.

I wonder what kind of statistics they saw before choosing to pick this fight. Their goal of reducing accidents and fatalities on the road is admirable, but how many of those really take place speeds higher than 112 mph? Speeding is a major contributor to accidents, sure, but is it really that much speeding? I feel this is about as effective as a bar tender cutting someone off at 12 beers to keep them from getting too drunk.

Either way, Volvo is taking a strong stand against all the people buying their cars who then regularly drive at triple digit speeds on the highway as if it was nothing. All five people that this decision impacts will just have to take their money elsewhere.