Welcome to the Hooniverse News! As always, this is a weekly recap of the biggest stories in the automotive industry without the fluff or bull. This week: Kia reveals updated Stinger, BMW shows off ugly i4 and iX EVs, Acura gives us a hint at TLX Type S pricing, and Audi calls it quits on ICE development.

The car that cemented Kia’s reputation as a brand that was now better than our preconceived biases. It was revealed in 2017 and since then has been a party crasher in comparative tests, but maybe not so much in sales. The Kia Stinger receives a few updates for this upcoming model year to keep it fresh and hopefully more attractive for buyers.

The main design is unchanged but features new LED exterior lighting at both ends, new geometric alloy wheels, and a new design for the quad exhaust. You’ll also notice Kia’s fancy new ‘KN’ logo as a sharp addition to the car. The interior design is basically the same as well but has new black gloss and chrome details on the instrument panel, new stitching patterns in the upholstery, and new ambient LED mood lighting. A Scorpion Special Edition Stinger is set to arrive late this Spring with special exterior colors, a rear spoiler, blacked out fender garnish, side mirror caps, and exhaust tips. The stabby lobster edition also adds unique black wheels and carbon fiber interior trim. 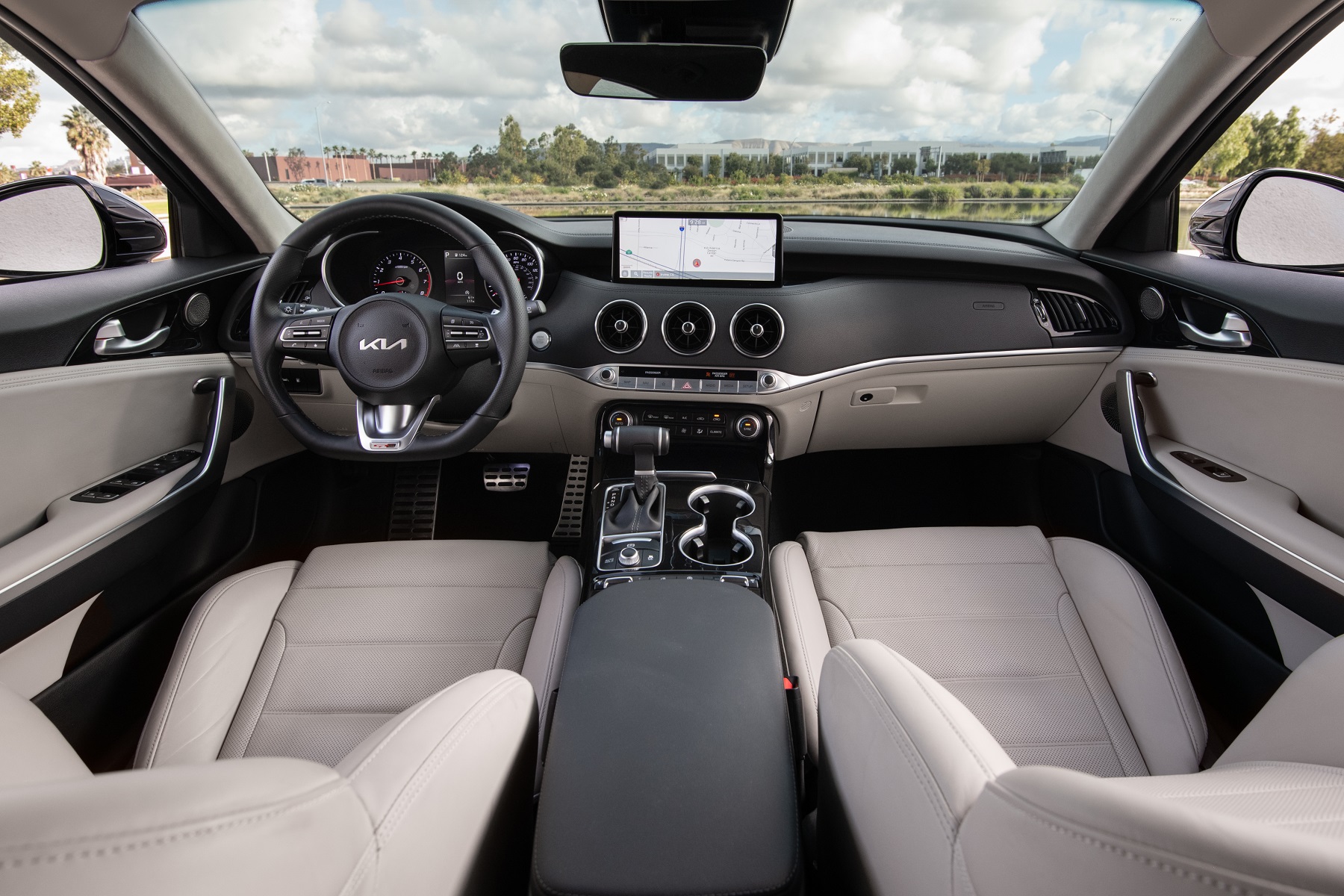 All models receive a new standard infotainment display that’s 10.25-inches in size and runs Kia’s latest technology. Android Auto and Apple CarPlay is supported as is multi-connection Bluetooth and split-screen functionality. The driver will benefit from a larger 4.2″ color TFT center cluster as standard, but can have the whole gauge cluster made digital with an available 7″ screen.

One of the biggest updates is the new base engine. Providing a major power boost over the old model is a new to the Stinger 2.5-liter turbocharged four-cylinder which now produces 300 horsepower and 311 lb.-ft. of torque. 0-60 mph takes 5.2 seconds and is still available in RWD and torque-vectoring AWD. Despite the additional power, fuel economy is not impacted. It’s rated at Estimated 22/32/25 mpg (RWD) and 21/29/24 mpg (AWD).

For the more spirited drivers, the twin-turbo V6 is still available as well with its 368 horsepower and 376 lb.-ft. of torque. 0-60 on that takes just 4.7 seconds. It too is available with RWD or torque-vectoring AWD and also has a new electronic variable exhaust system. Its fuel economy is… a bit worse.

No official word on pricing changes.

BMW unleashes i4 and iX unto the world 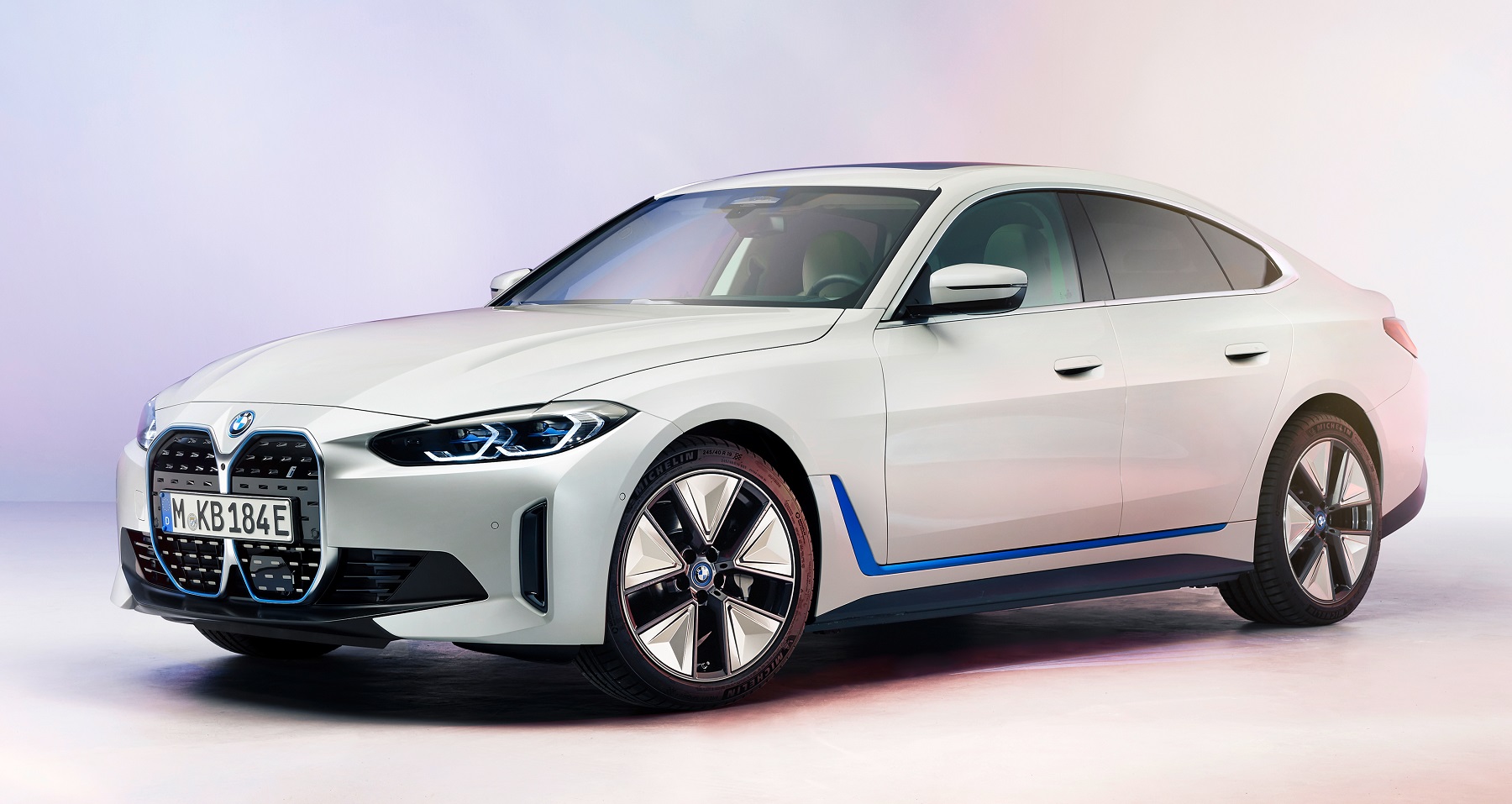 This week BMW gave us a glimpse into the future of their brand. It’s electric and ugly as shit.

Little is known so far about the i4 except that it’s a “Gran Coupe” like the normal 4 Series Gran Coupe – the sedan that is labeled as a 4 Series when the 4 Series was broken off the 3 Series sedan line so the 4 Series could be a coupe. They promise up to 300 miles of range (European WLTP cycle) with a power output of 530 horsepower and a 0-62 time of around four seconds. Later on there will be an M Performance model which will probably be the same car but with different wheels, some ugly body accents, and a several-thousand-dollar price increase.

Now onto the iX. It’s the first car to the built on a new, modular, scalable toolkit on which most if not all future BMWs will be built on. It’ll be available as the iX xDrive40 and iX xDrive50. Similar to how existing BMW nomenclature has the bigger numbers associated with more power, the xDrive50 is the most powerful of the two. It has a total output of over 500 horsepower and accelerates to 62 mph in under five seconds. The xDrive40 has over 300 horsepower available and will do the same sprint in just over six seconds. Range is expected to be around 370 miles on the 50 and 250 miles on the 40. 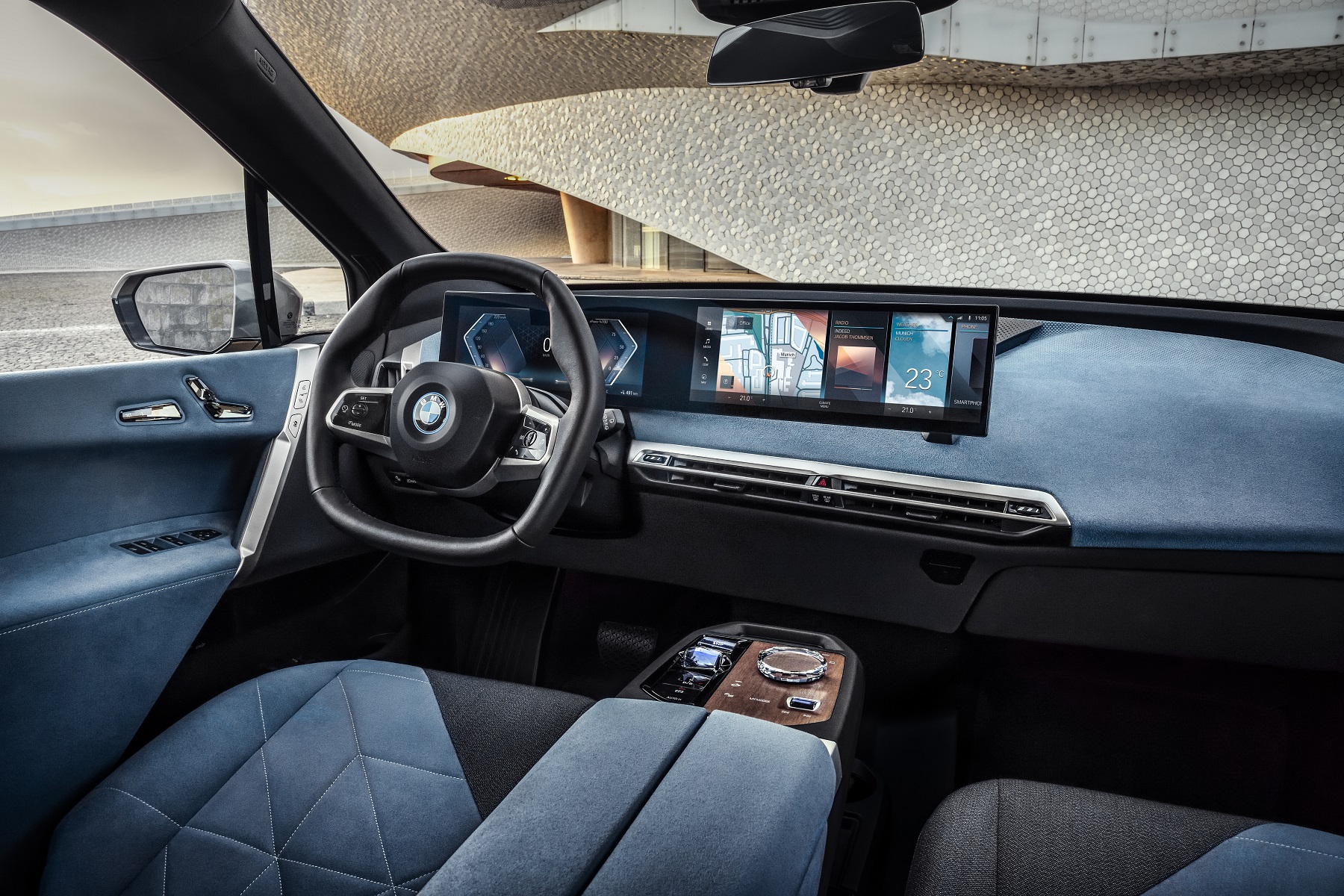 What’s notable though with BMW’s approach – other than it being ugly as shit – is the attention they’ve given to being fully sustainable. It’s one thing to just build an EV, but BMW is ensuring the entire build process is as sustainable as possible. Like a few other EVs, they use as many recycled materials as possible. This includes FSC-certified wood, leather tanned with olive leaf extracts (maybe non-leather is available too), and floor coverings and mats made from recovered fishing nets and other raw materials. Just about everything in the build process is powered by green energy – this includes the battery cells and the aluminum as well as the car’s final assembly. BMW has pushed its suppliers to go green and BMW themselves are joining in that effort. One major distinction with this car is that the battery cells do not need to use magnets for the “excitation of the rotor” in the iX motors, so rare earths are not needed.

It’s been a while since BMW took major steps to go electric. They had a good lead in the market with the i3, but they just let it stagnate while other brands caught up. Now they’re trying to regain the ground they lost with two forward-thinking, sustainable, ugly as shit cars. The iX launches later this year. No word on the i4’s launch window just yet. 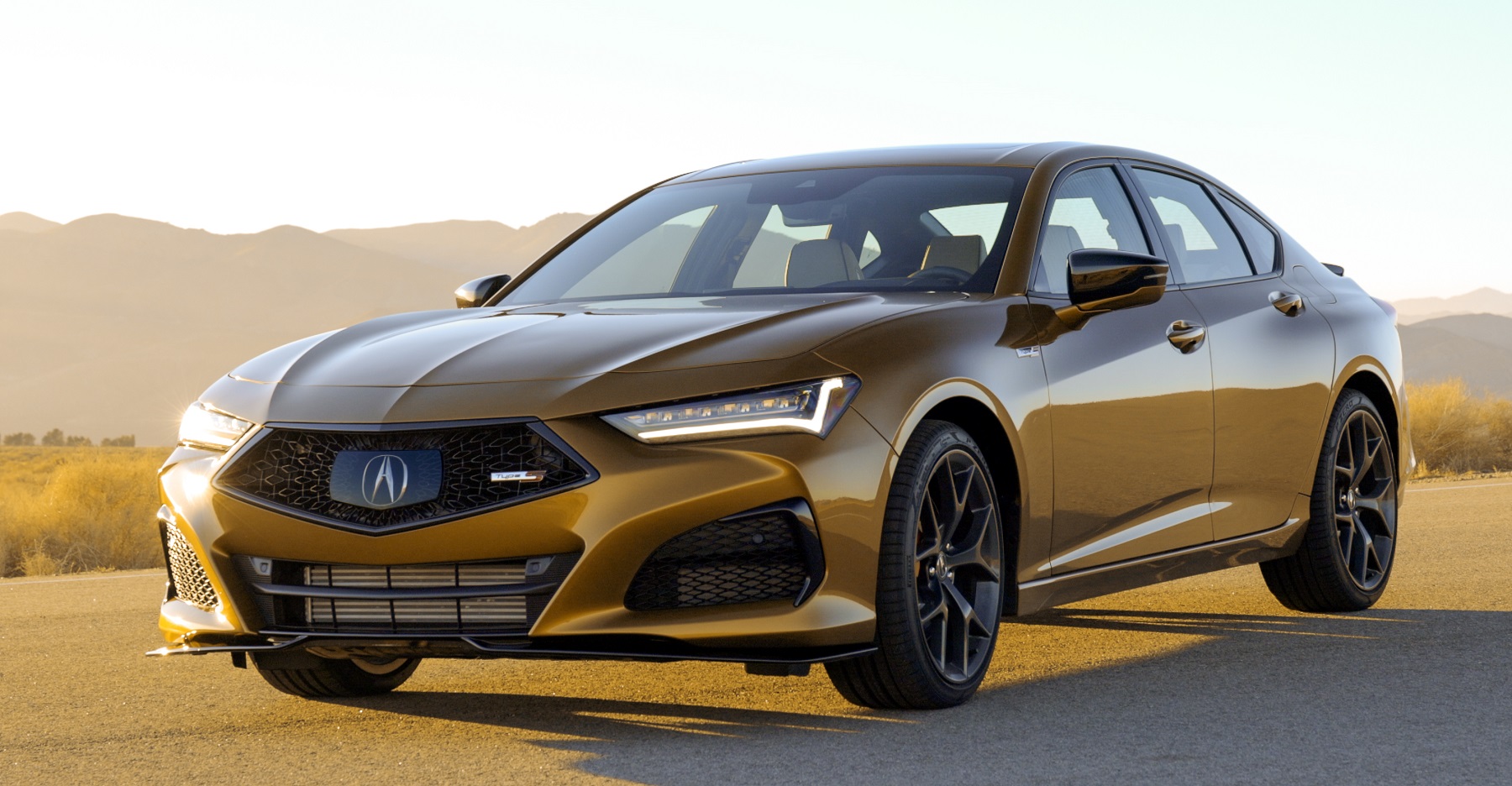 This week Acura reminded us about the gorgeous new TLX Type S that’s due soon. It is scheduled to arrive in showrooms late May and will carry an MSRP “starting in the low $50,000s”. Usually by this point, they would have an exact price point figured out, but it’s a good enough indication as to how it’s going to fit in amongst the competition.

Some of its biggest rivals I can think of off the top of my head is the BMW M430i (more powerful, starts around $55,000 without AWD), the Audi S4 (pretty close in power, starts right at $50,000), and the Genesis G70 3.3T (more power, starts under $49,000 with AWD). The Acura with its amazing AWD system and its performance-minded suspension should help it stand out a bit from the rest. Ultimately it’ll be hard to ignore in that price range. 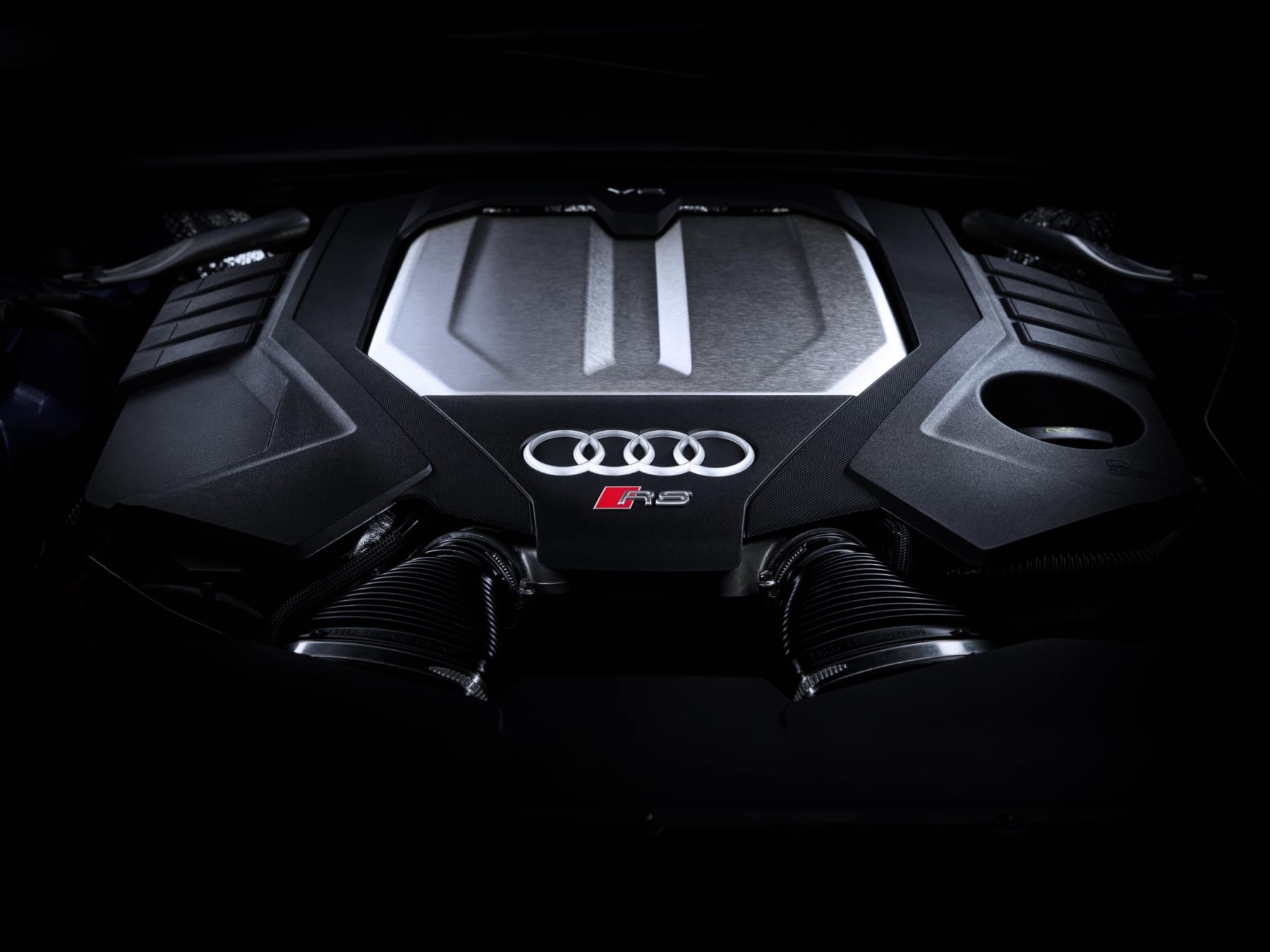 While speaking to German newspaper Frankfurter Allgemeine Zeitung, Audi’s CEO, Markus Duesmann, said bluntly “we are no longer developing combustion engines”. This report comes as global fuel efficiency standards mandate more electrified offerings and Audi themselves begin to expand their EV lineup. As Jalopnik points out, this is similar to what some other manufacturers have stated recently. Gas and diesel engines won’t disappear just yet, but they will just be receiving small updates until they’re phased out. There won’t be any brand new engines from here on out.