Welcome to the Hooniverse News! As always, this is a weekly recap of the biggest stories in the automotive industry (or whatever wasn’t impacted by the coronavirus) without the fluff or bull. This week, RUF reveals a fun western-inspired concept car, Koenigsegg’s Jesko Absolut may reach 330 mph, Tesla builds their one millionth car, and all the shit that got cancelled by the coronavirus. 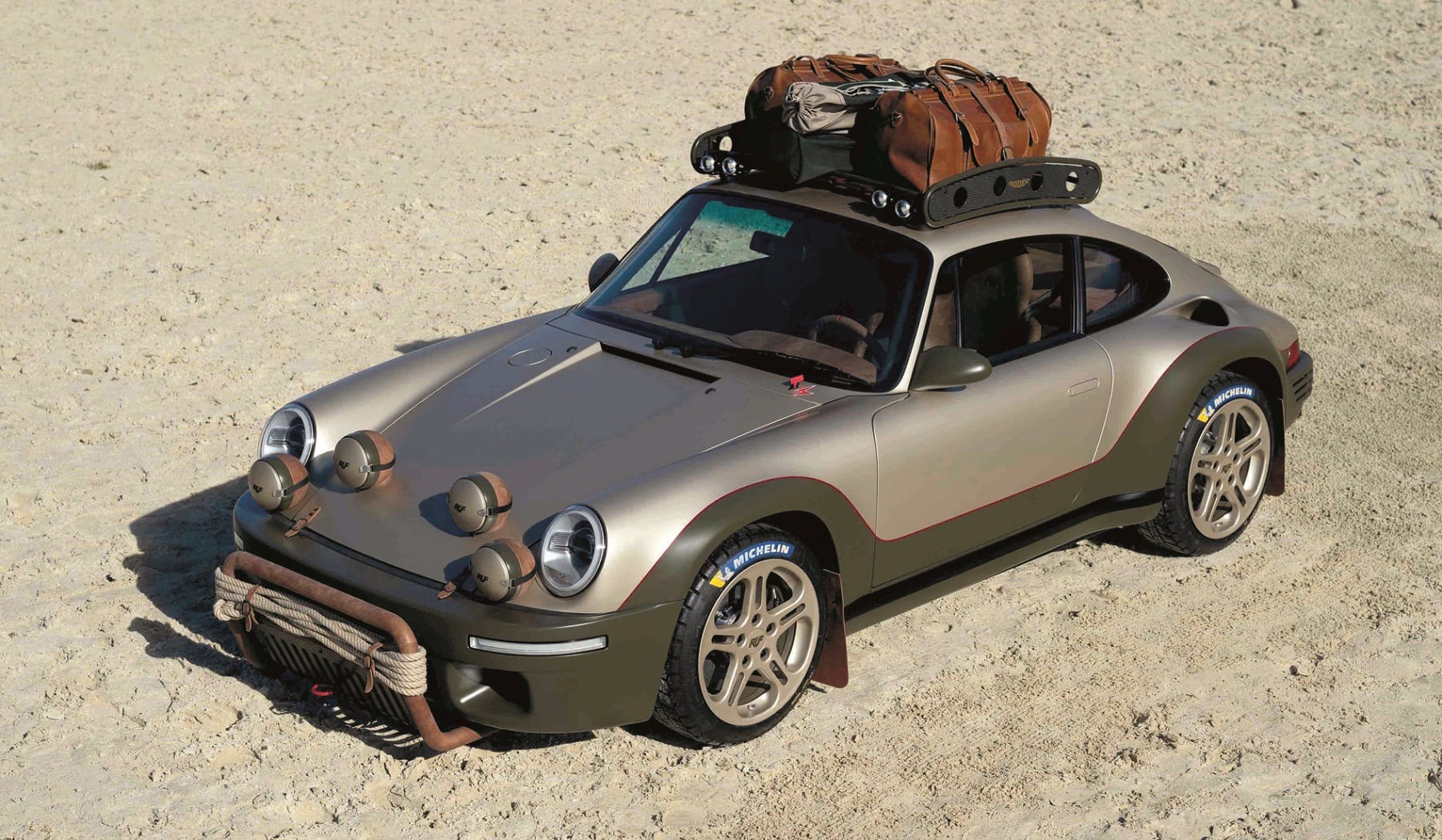 RUF Automobile, the famous German manufacturer of specialty Porsche-based supercars, is getting in on the Safari craze in their own way with the Rodeo Concept…. shit.

The Rodeo Concept is inspired by both ends of the western culture spectrum. It has a rugged appearance and real off-road capabilities inspired by the countryside, but is also built to the same level of elegance and luxury as other RUFs. RUF says the name Rodeo was inspired by that thing cowboys do and by that really fancy street in Beverly Hills. 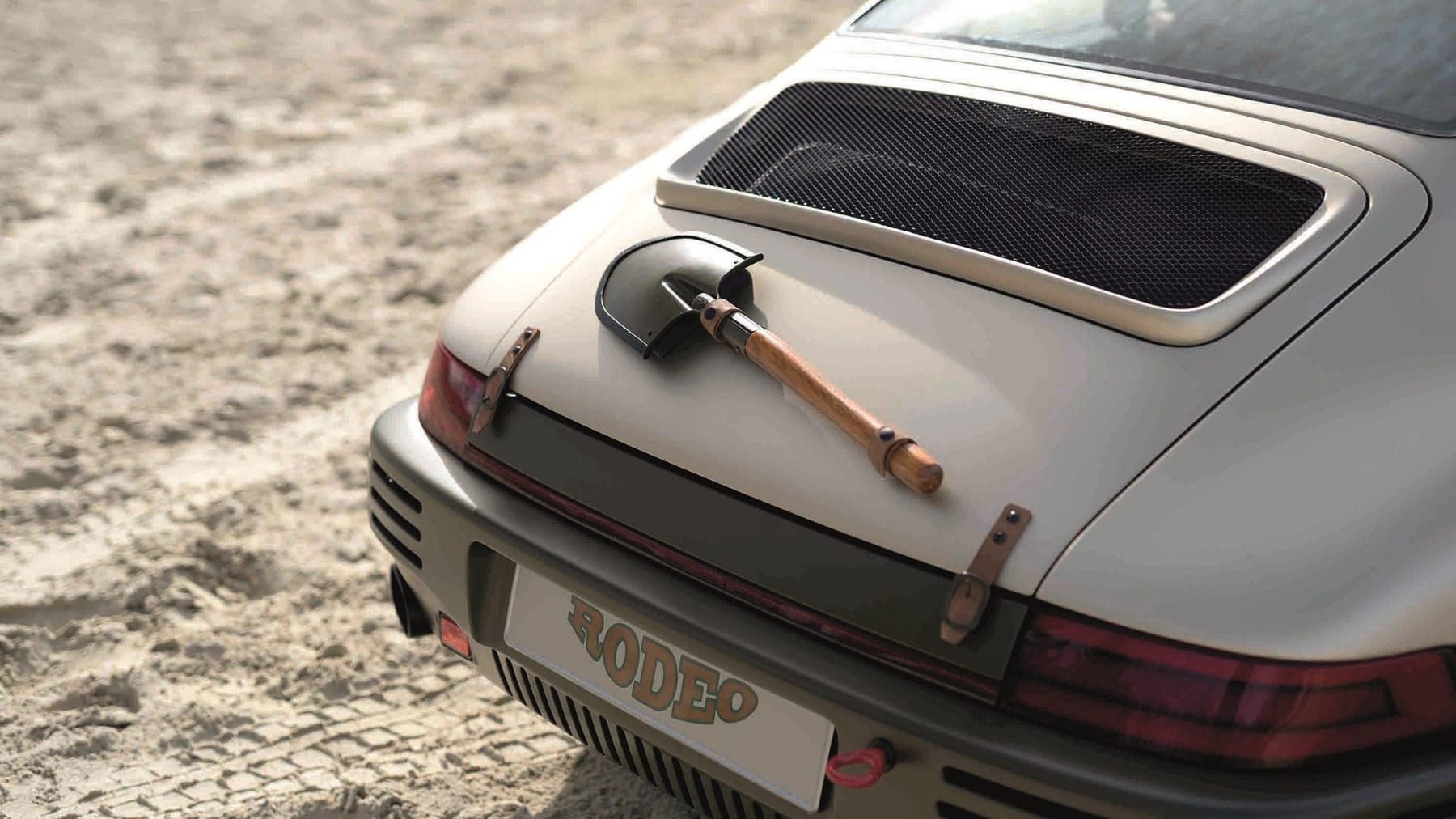 The car starts life not as a Porsche technically. It’s built on a carbon fiber monocoque chassis used in other recent RUFs. It’s then lifted to allow for more suspension travel, all-terrain tires, and all-wheel drive. The exterior features an attractive two-tone look, a brush guard, rally lights, roof rack, and leather straps. The interior offers generous amounts of leather on pretty much every surface the driver would touch. Adding a splash of western style are fabric seat inserts which are “Navajo-inspired”. And because it’s a RUF, there are bits of exposed carbon fiber throughout the cabin as well. It works. There was no mention of power, but they say it could feature a naturally-aspirated or turbocharged flat-six. RUF makes a mean flat-six, so a theoretical buyer would be well served by either. 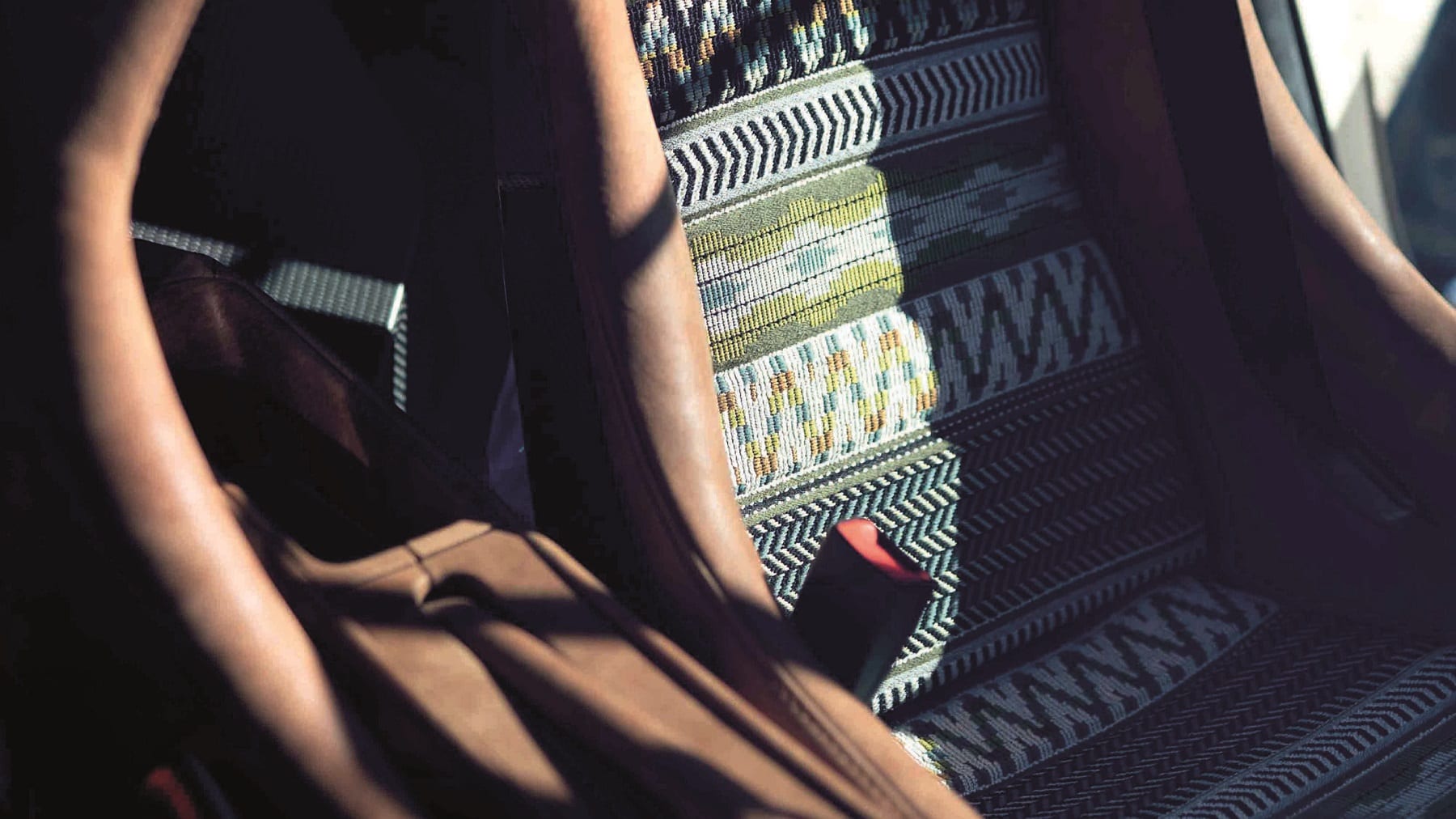 Right now this is just a passion project/design study. Alois Ruf Jr. and his wife, Estonia, first met in Oklahoma City while she was studying there. She had been completely infatuated by the country culture by the time she met Alois and proceeded to show him as much as she should. Now the marketing director, she was the driving force behind this car. It may never go on sale, but it exists. I think Alois and Estonia consider that to be enough. 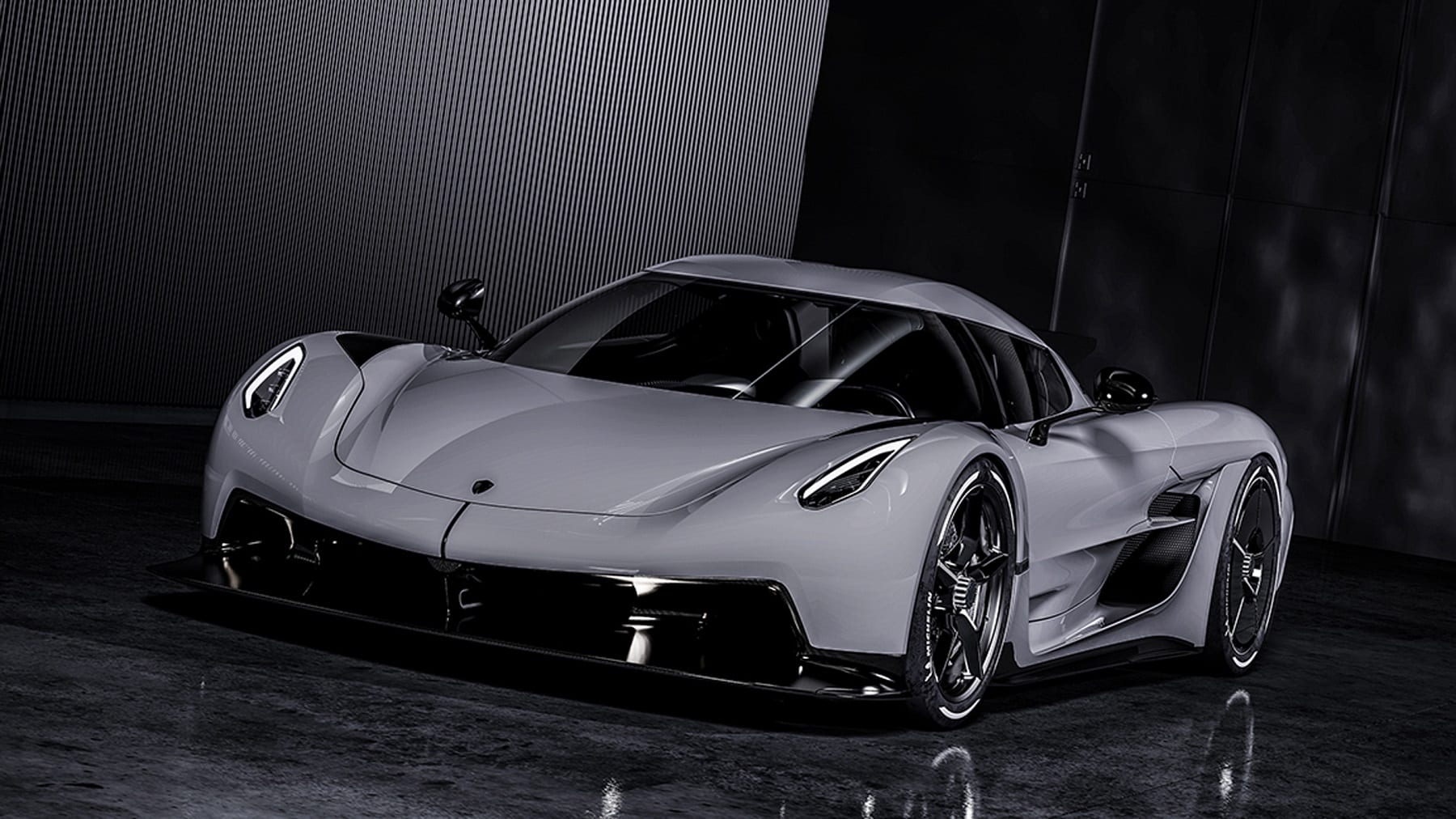 After Koenigsegg once again stole the Geneva Motor Show (even as it got cancelled) with the Jesko Absolut and the Gemera, CarBuzz caught up with the man himself to get some clarification on a few things. One hot topic of discussion was around the Jesko Absolut, which Christian von Koenigsegg claimed would not only be the fastest car they’ve ever made, it will be the fastest car they will ever make. Such a claim desperately needs more details… and that’s what CarBuzz got.

The Jesko Absolut came about after the “normal” Jesko’s debut where clients began asking about its top speed abilities. An Agera RS set a top speed record of 277 mph on a Nevada highway in 2017 and buyers were interested in knowing if the Jesko, or anything, would beat it. But the Jesko was designed as a track car with all sorts of aero which adds drag at high speed. That’s when they started figuring out if a low drag version could work. It works. It already had more power, better gearing, and a sleeker body underneath the aero pieces. So Koenigsegg said “okay, let’s do one final hurrah here, and that’s it”. 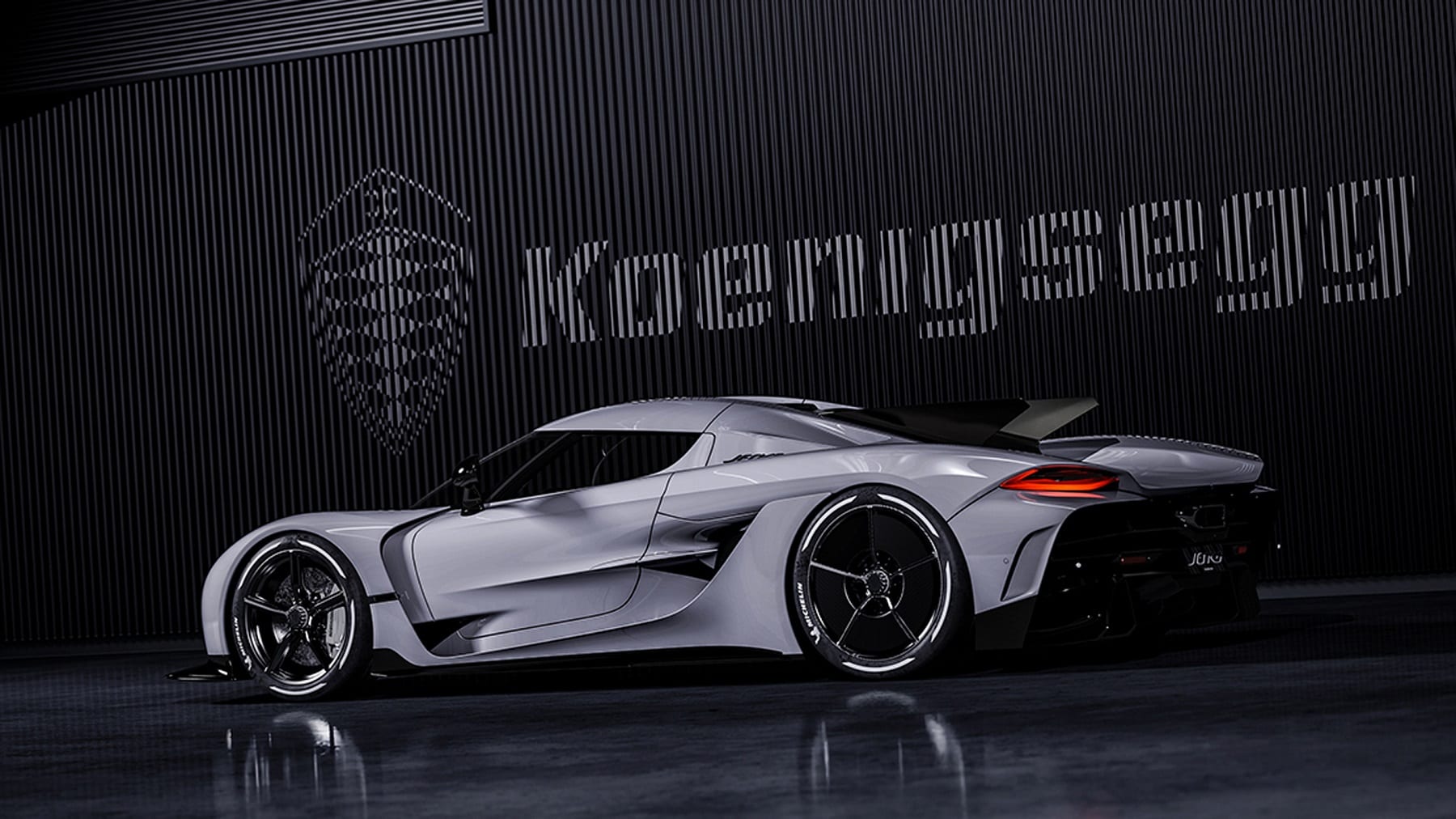 There is no official estimate on what speed it could break, but it is expected to reach 300 mph easily. They wouldn’t be the first though as technically Bugatti has done that already with a Chiron that isn’t on sale (yet). So Koenigsegg may try to do one better, which according to CarBuzz, is 500 km/h, or 330.5 mph. The calculations suggest it’s possible, but reality suggests it will be quite a difficult task. They have the technology to make it so, but the road conditions and driver willingness will ultimately determine how fast it can go. But Koenigsegg confirmed an attempt will be made and it will likely be the last one from one of the most accomplished names in supercars.

Once that’s been done, Koenigsegg will shift focus to homologated production car lap records at Spa and Nürburgring with the “regular” Jesko. It seems Koenigsegg is acknowledging that we’re reaching a limit in regards to what a production car can achieve at speed. The cars can always be made faster, but the places to set these records are extremely limited and the risk increases significantly with each new attempt. If Koenigsegg can hit their goal, it would be a hell of a way to cap an era.

So I’m going to talk about Tesla real quick. This of course means that the comment section will turn into a shit show of epic proportions if I don’t say something nice about them or don’t comment on how every other manufacturer is inferior to Tesla while pumping my referral code. I apologize in advance.

In news that any automaker would be proud of, Tesla is the latest to break the one million mark. Elon Musk confirmed their milestone earlier this week on Twitter as a bright red Model Y rolled out of the tent on Monday. They’ve come a long way since 2008 when they were making waves with the Lotus-based Roadster. Since then they’ve established themselves with popular cars like the Model S and the Model 3. They also impressed with every influencer’s best friend, the Model X, which is still one of the best performing SUVs on the market. Now they’re expanding with their fourth mainstream model, the ugly as fuck Model Y, and that’s helped propel them to their one millionth car in just twelve years of production. That’s no small task in the modern era.

So to all the people at Tesla who have to put up with all of Musk’s bullshit while every single success gets attributed to him by Twitter and Reddit, congratulations. You earned this victory.

Also use my referral link to get free supercharging for ten years when you buy a Tesla. It helps me feel important.

And now, all the shit that got cancelled by the Coronavirus