Welcome to the Hooniverse News! As always, this is a weekly recap of the biggest stories in the automotive industry without the fluff or bull. This week, BMW finally reveals the M8, Porsche shows off an epic Boxster that never was, Jaguar adds a Touring version of the XE Project 8, and Ian Callum steps down from his role at Jaguar. 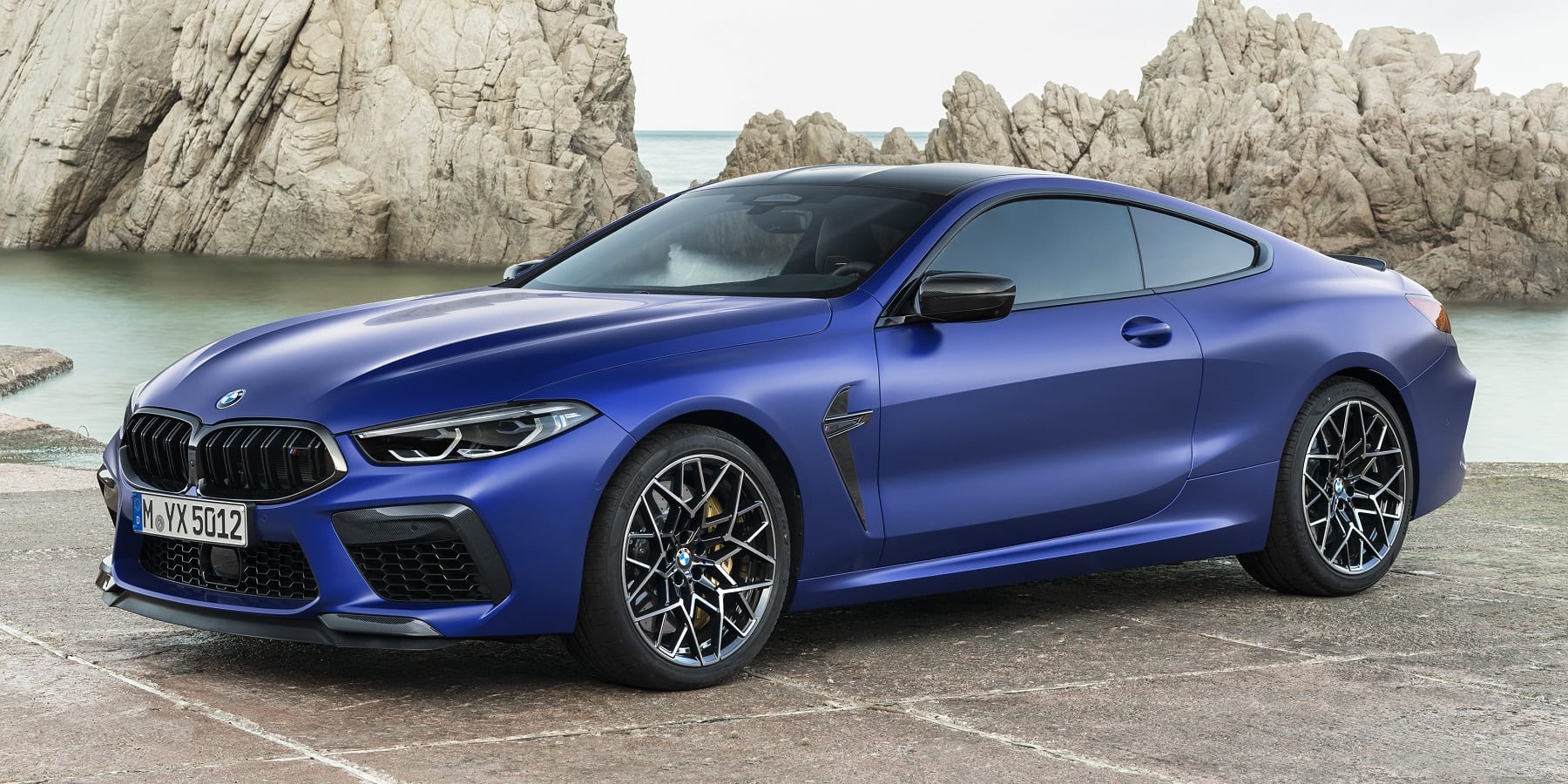 At long last, the mythical BMW M8 is officially a thing. It started as an abandoned prototype nearly 30 years ago, was rekindled last year with an endurance racing program, and is now in its rightful place as BMW’s flagship. It enters production next month as a coupe, convertible, and with Competition variants.

The styling and the luxury are all new on the M8 but unsurprisingly the powertrain is not. It runs with the same S63 4.4-liter twin-turbocharged V8 that’s found in the current M5. It even boasts the same power output at 600 horsepower and 553 lb.-ft. of torque in standard form and the same Competition package with a 17-horsepower boost. 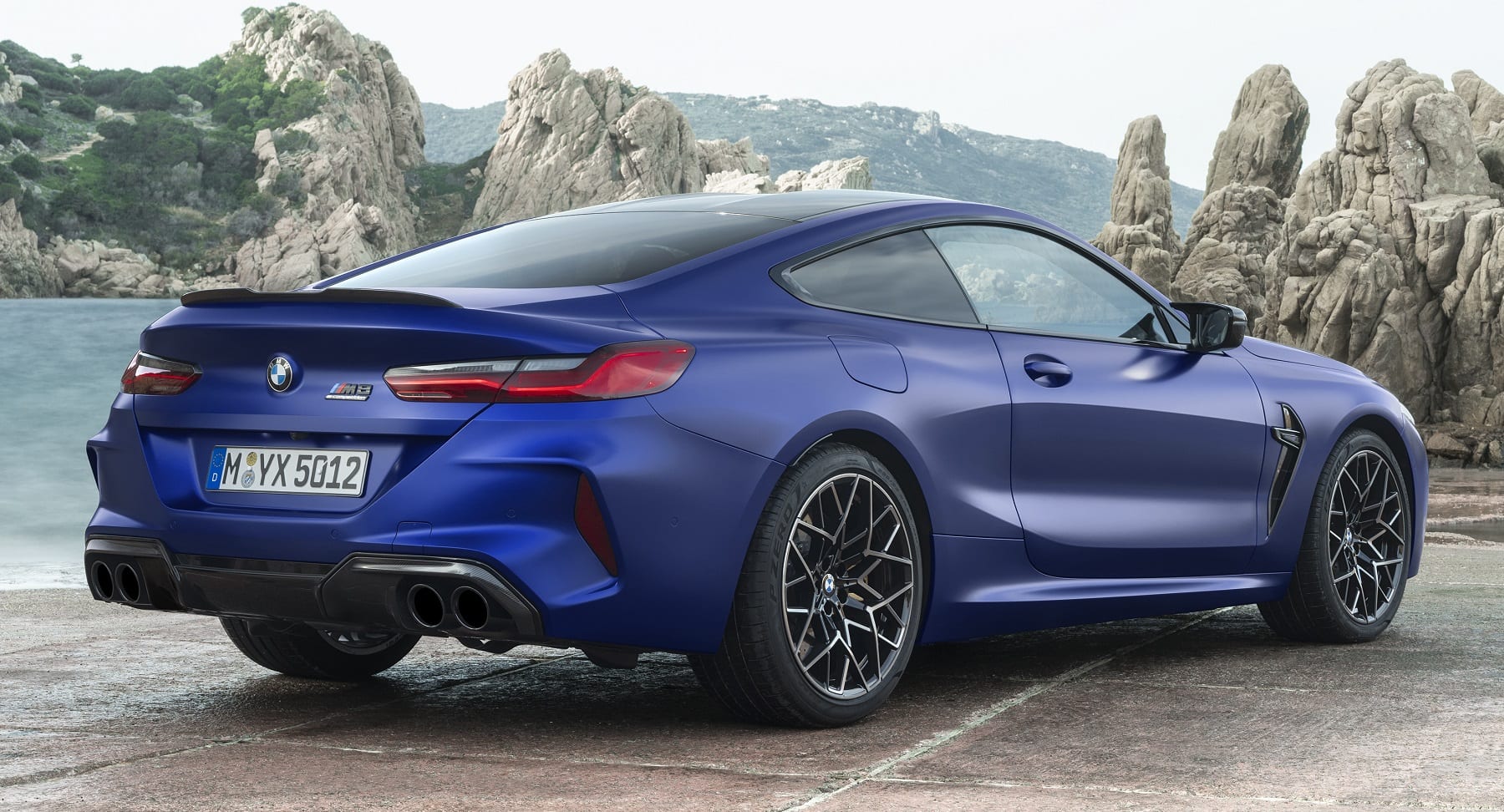 Power gets channeled to an M-specific xDrive all-wheel-drive system through an eight-speed automatic with M tuning and an active M differential. That all means the M8 jumps off the line with a 0-60 mph time of as little as three seconds flat (M8 Coupe Competition). The heavier M8 convertible without Competition package is only two tenths slower. Meanwhile, the top speed limiter can be raised to 189 mph if you pay them for it.

Considering the fact that the M8 weighs between 4,300 and 4,500 pounds depending on the body style, those numbers are flat out astounding. It also means that drivers can relive all the memes from the M8’s racing career on their daily commute. 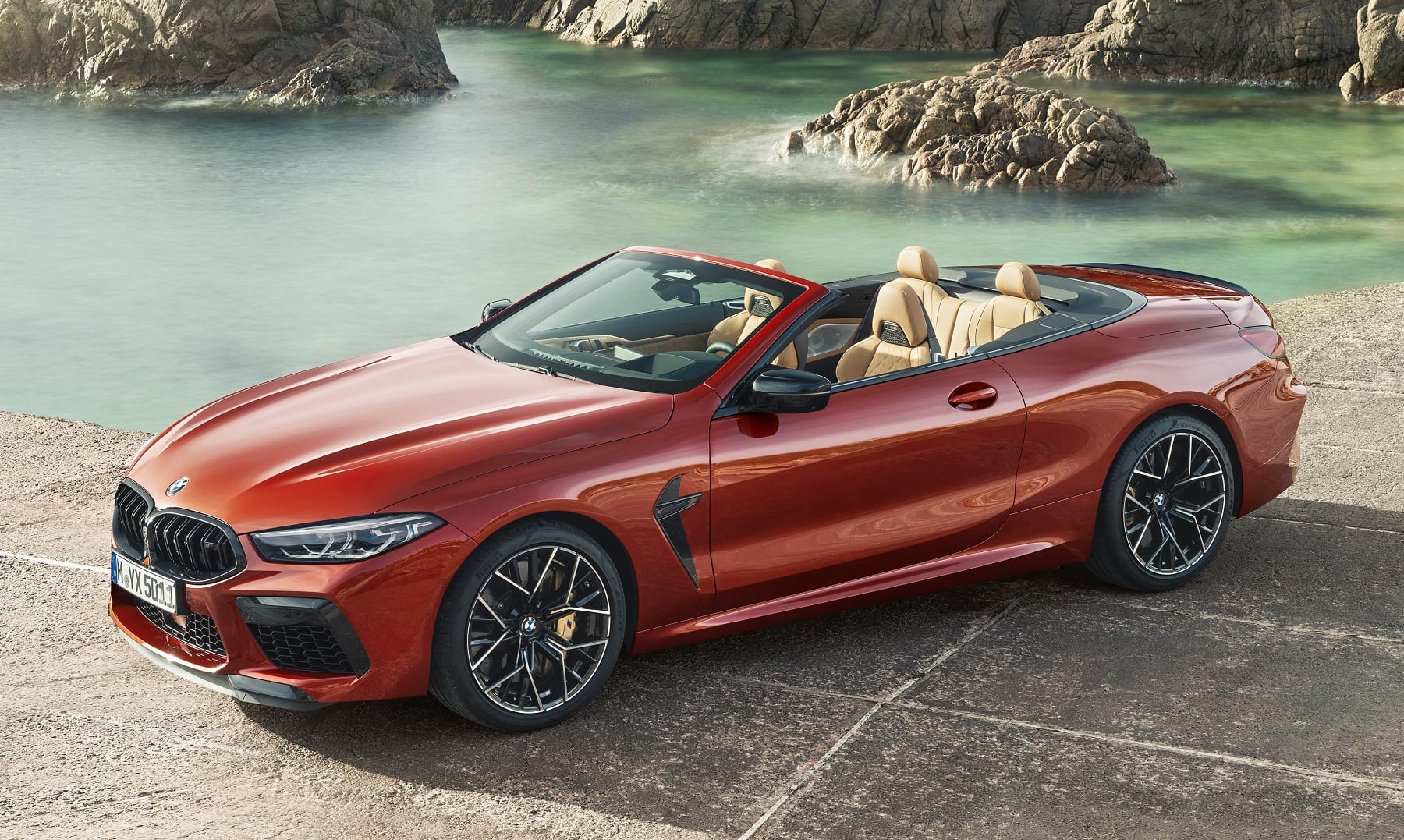 Like all M cars, it has a dual personality that allows it to be superbly comfortable on the road and surprisingly quick on track. It features adaptive M suspension as standard, brake-by-wire with adjustable pedal sensitivity, and all sorts of vehicle adjustments that can be made. And BMW didn’t skimp on the cooling either so it can actually be driven on track.

Buyers who do plan on tracking it should consider the carbon ceramic brakes for better heat resistance and the Competition package. The latter adds firmer suspension, stiffer motor mounts, increased front negative camber, and other little enhancements. It then adds bespoke wheels, active exhaust, a dedicated track mode, and 17 extra horsepower for good measure. But crucially, it adds the seat belts with the neat little M striping detail on them. 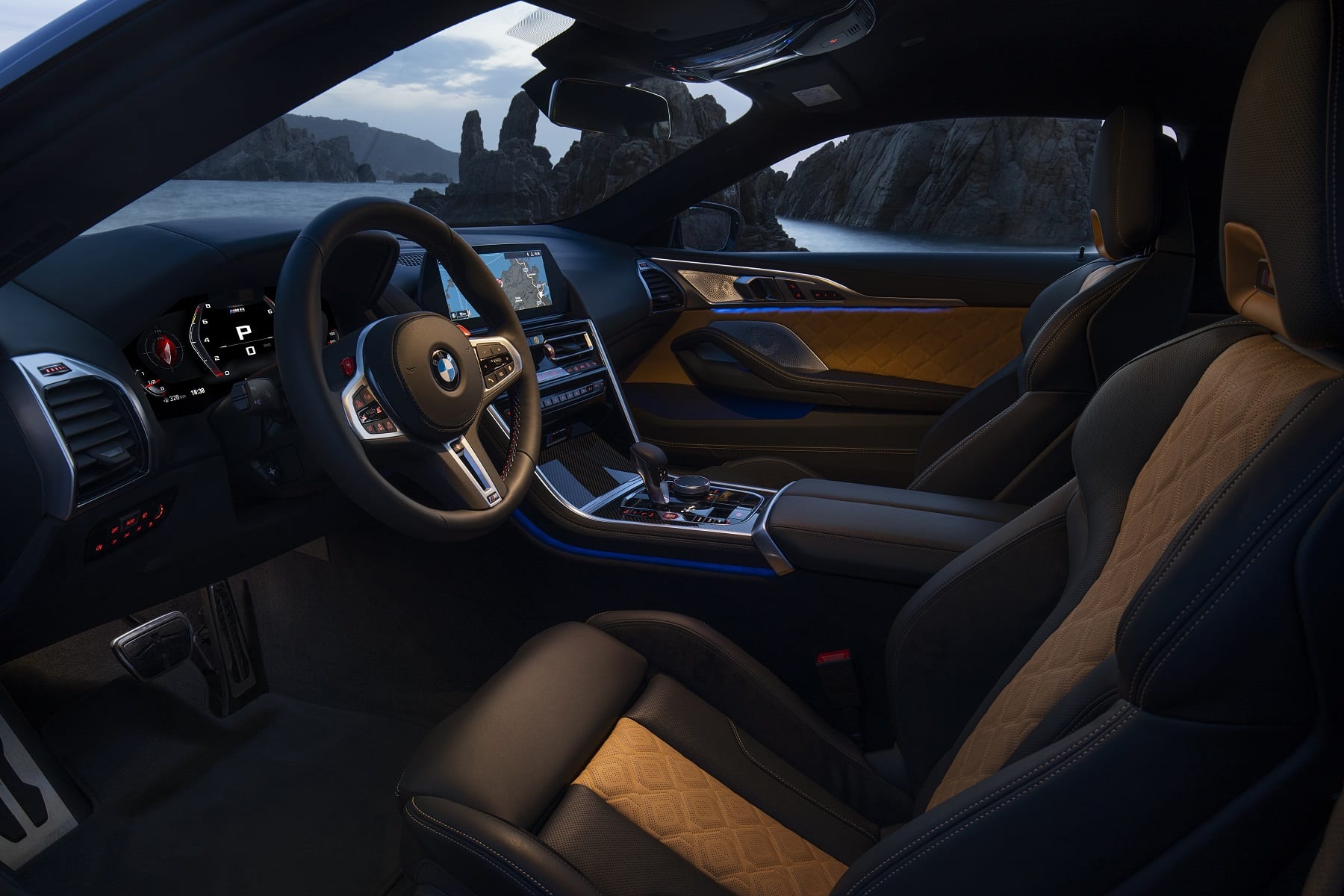 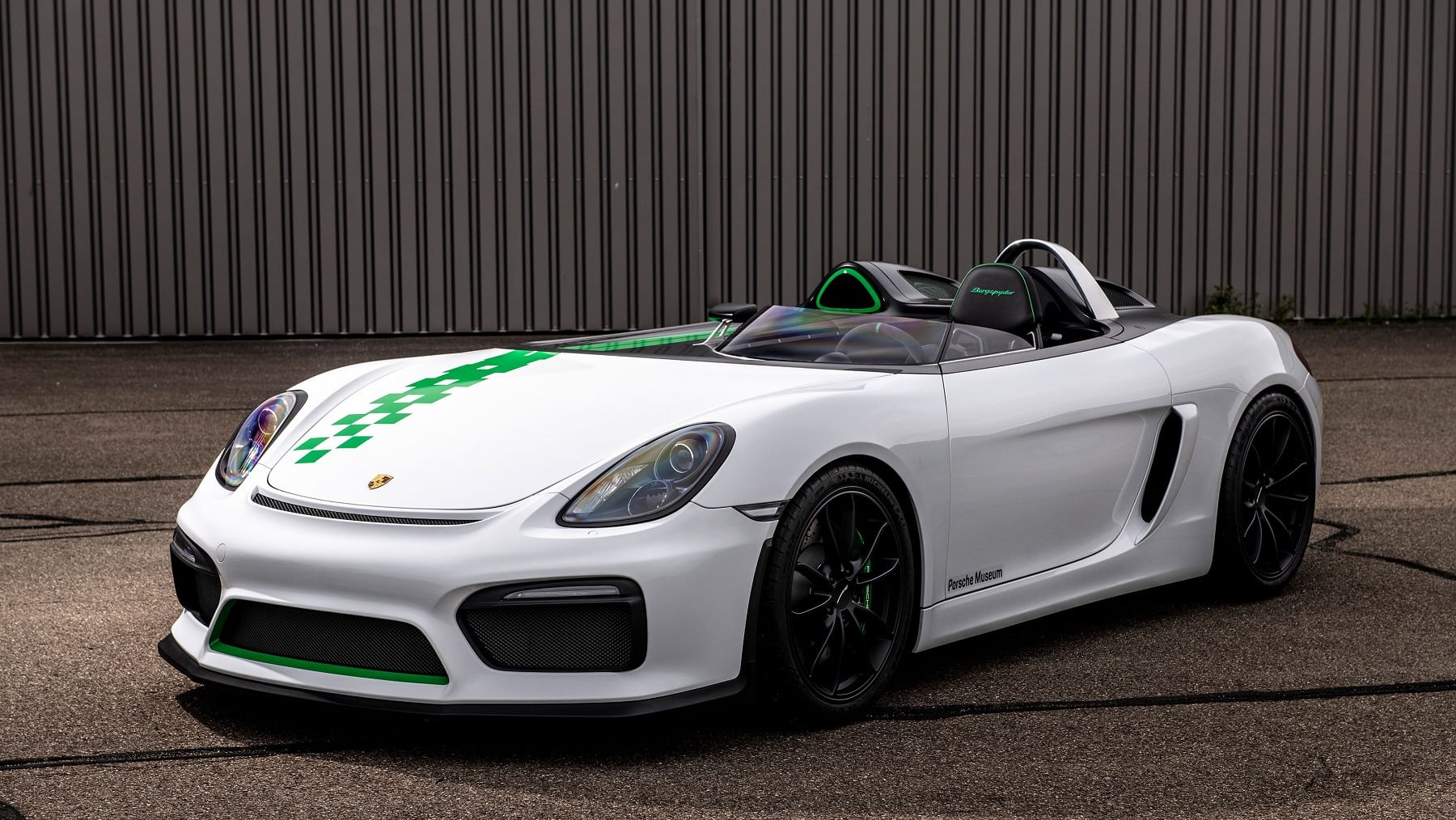 So this is probably the best thing Porsche has made in the last decade. It’s a design study that Porsche made during the previous (best) generation of the Boxster which was inspired by legendary Porsche 909 hillclimb car. The project was commissioned by Porsche to push the boundaries of lightweight, minimalist design to see what the 981 platform was capable of.

It was named the Bergspyder (berg = mountain in German) and it ended up as a topless single-seater with no door handles and just a short wraparound windscreen. The dashboard was totally new and featured lots of 919 Spyder elements, as did the driver’s seat. In place of a passenger seat was a storage compartment that could be accessed through the door. All of the new body structures were made from carbon fiber and imitation leather was initially used for interior trim.

The project saw significant results from their weight-saving efforts. The car tipped the scales at just 2,422 pounds and had 387 horsepower to play with thanks to the Cayman GT4 powertrain. It was expected to hit 60 mph in four seconds and lap the Nürburgring in around 7:30.

As for why it remained a one-off, the suits were worried that it would not be eligible for registration in some countries which would be key to its success. So it was shelved and displayed in various Porsches offices, but will finally be shown to the public during the Gaisberg hillclimb race. Its new permanent home is the Porsche Museum. 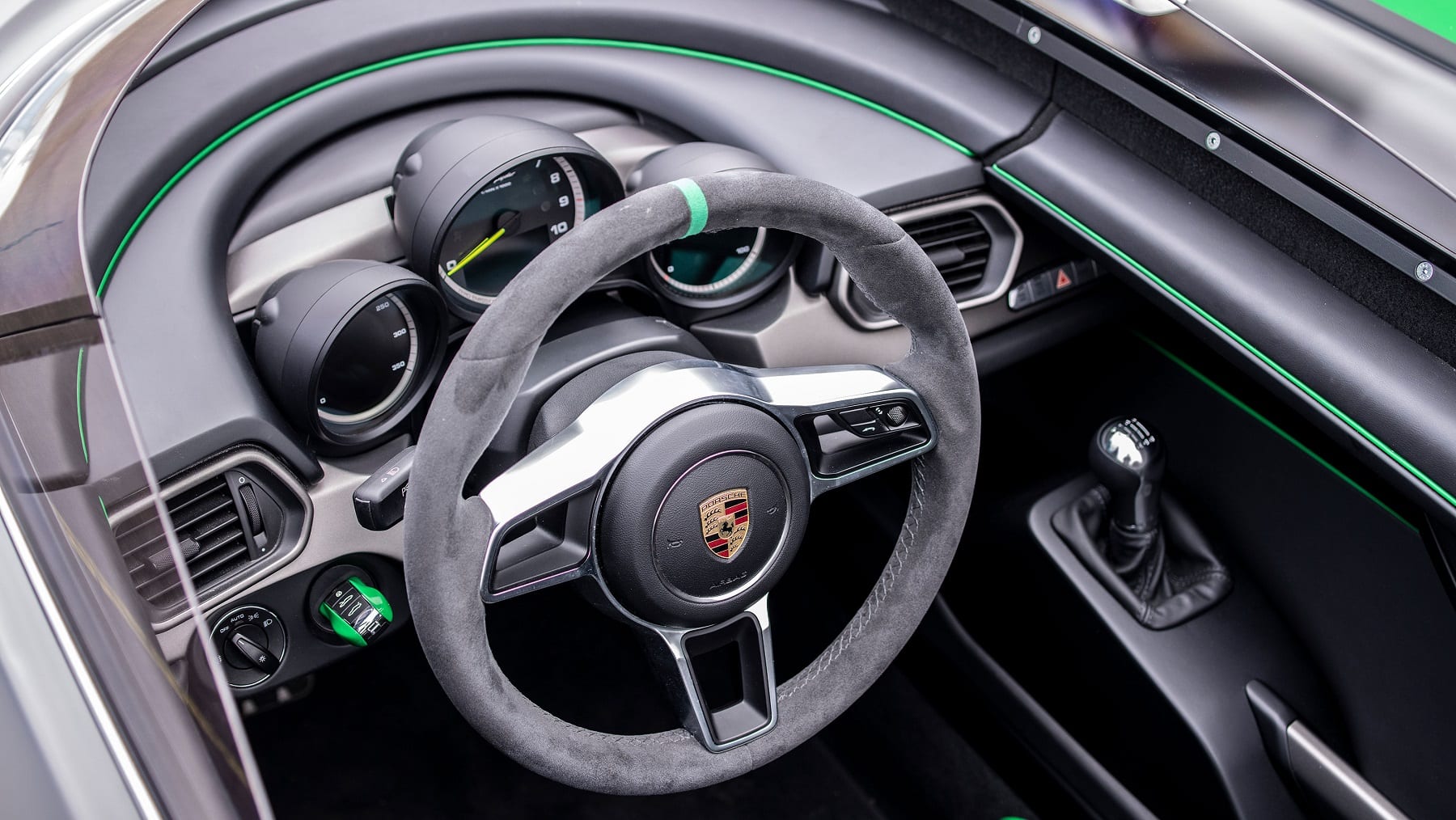 The best car Porsche has made in a long time and it was cancelled. Press F to pay respects.

Hey remember the Jaguar XE SV Project 8? It was a super sedan unlike anything else that boasted serious numbers and claimed lap records. Well Jaguar is producing 15 additional examples in a new Touring specification which is less track-focused and more street-friendly-ish. It ditches the rear wing and adjustable front spoiler but retains the all important speed holes… and the 592-horsepower supercharged V8. We like it. 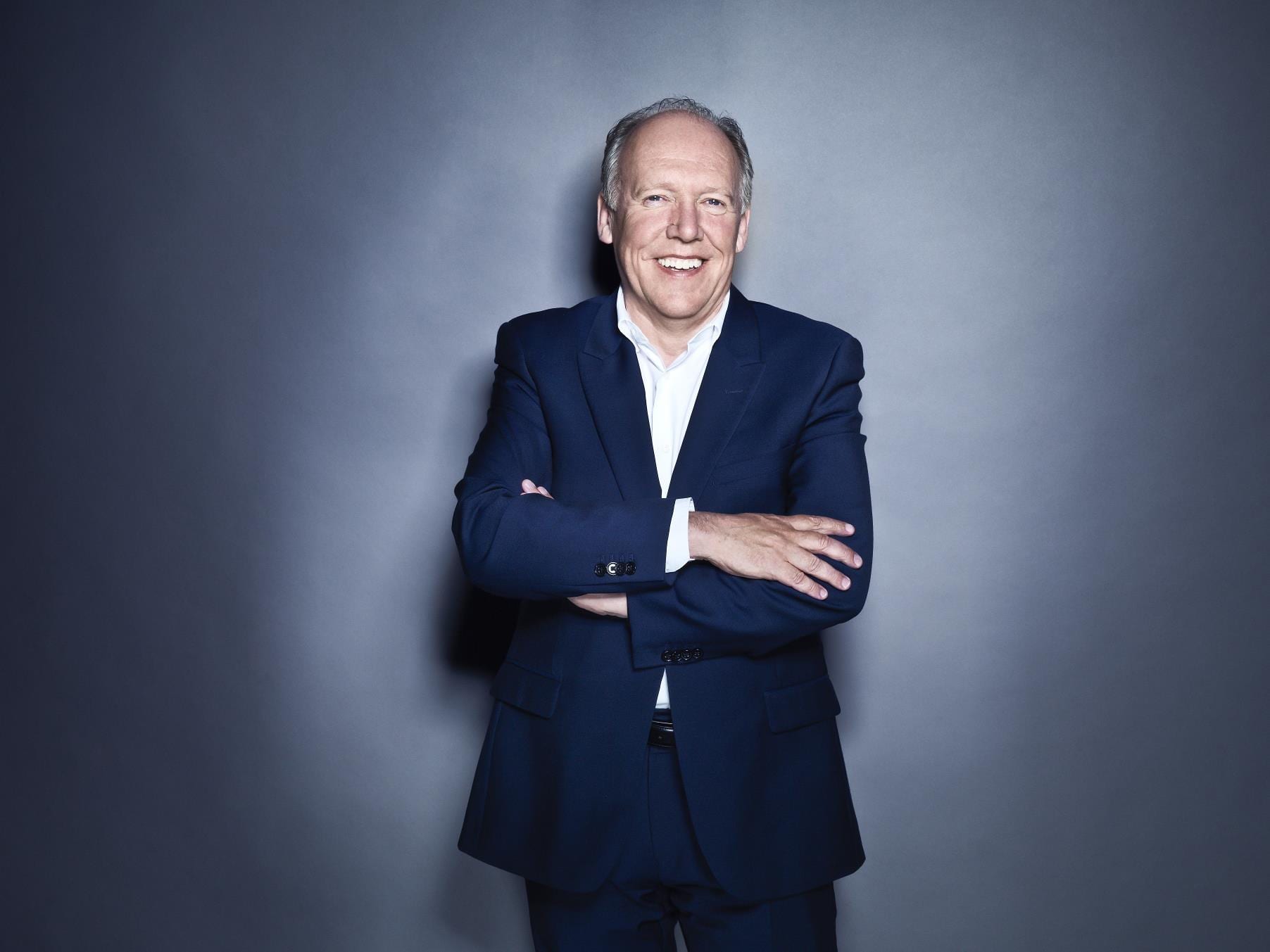 In related but less happy news, Jaguar’s head of design, Ian Callum, has stepped down from his position effective July 1. He served the company for 20 years and has played a pivotal role in redefining the brand. In a statement he said he would be moving on to do other design projects and Jaguar said he’d continue to be a design consultant.

I first learned of him after the stunning XF debuted in 2007, which is essentially what ushered in the era of Jaguar we’re in now. It was so different from what we had seen from them at that point and it was a design that got people excited about Jaguar for the first time in… uh, a long time.

Since then, Jaguar has done no wrong in terms of design. Everything they build looks great, even the cars that shouldn’t look as great as they do. I discounted the F-Pace, Jag’s first SUV, before it was even released because I assumed it would look terrible as most new SUVs do. How foolish I was for doubting him. Few automakers have been as consistently beautiful as Jaguar has and that can be a greatly attributed to Ian Callum. Wherever he goes next is certainly going to be better off.