Welcome to the Hooniverse News! As always, this is a weekly recap of the biggest stories in the automotive industry without the fluff or bull. This week, Pagani does a thing again, Hispano Suiza is one step closer to coming back for real, Ford adds old school, big displacement V8 to the Super Duty, Acura is bringing back the Type S performance line, and your news for the week.

Because it’s still fun to dream sometimes, Pagani has thrown together a new high(er) performance version of the Huayra Roadster. In the world of Pagani, nothing is tame or anything short of spectacular, but there’s still a couple of special models that are even more so. For the Huayra, the BC was the first variant to raise the performance bar for the new platform. So it only makes sense to make a BC version of the Huayra Roadster, especially when people are lining up to buy anything Horacio Pagani touches. 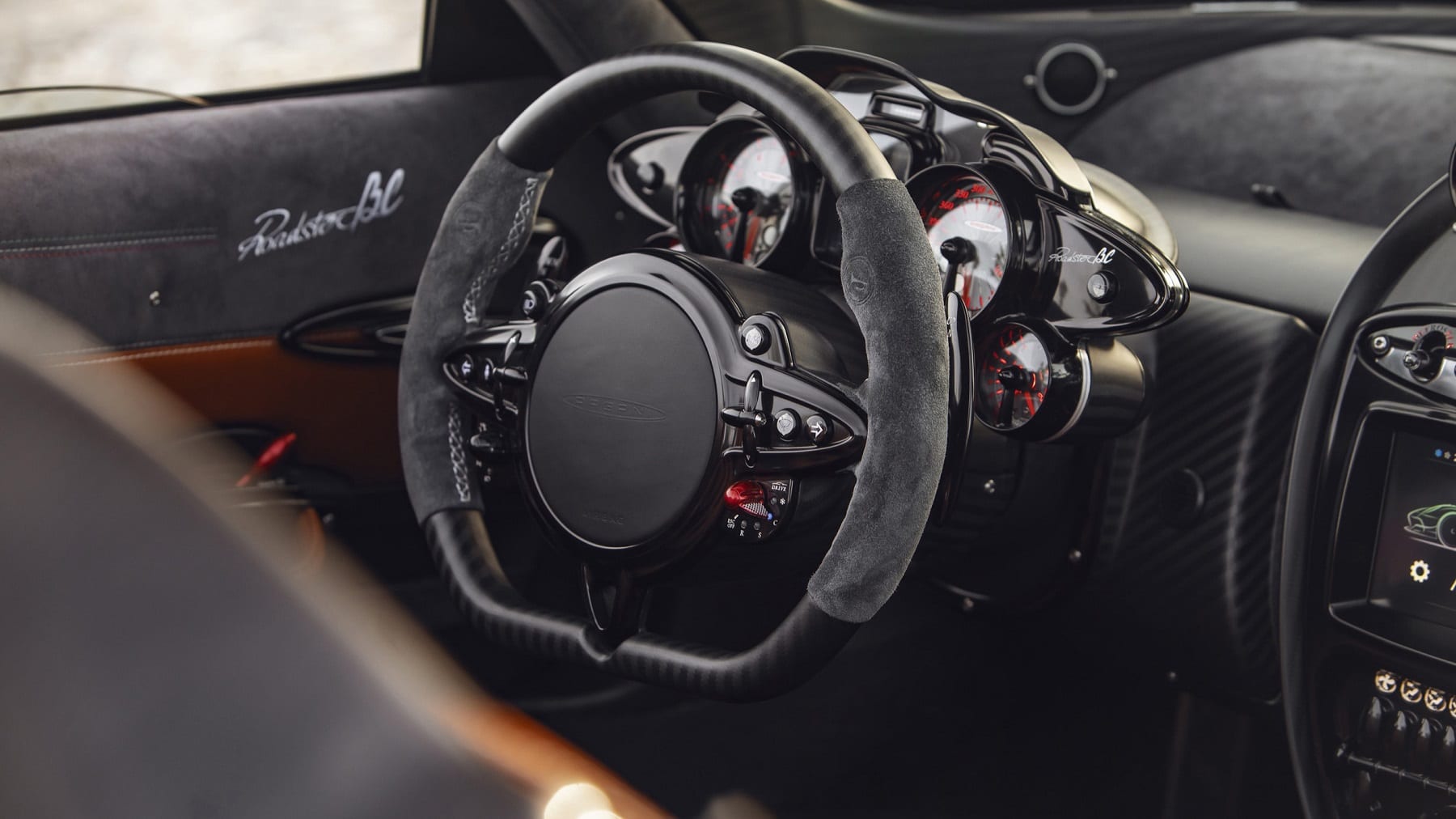 The Huayra Roadster BC is a fully street legal but track-ready hypercar that just so happens to allow for open top motoring as well. It offers extreme performance but is still “an intuitive and easy-to-drive vehicle you can master after just a few miles”. The party starts with the new engine that’s displayed like an art installation. It’s a twin-turbocharged 6.0-liter V12 assembled by a special team within Mercedes-AMG – as with all Pagani engines – that produces 800 horsepower and 774 lb.-ft. of torque, which is a fair bit more than what the original Huayra BC produced. They did it new turbos, a fancy new hydroformed manifold, twin throttle bodies, and four water-air intercoolers. 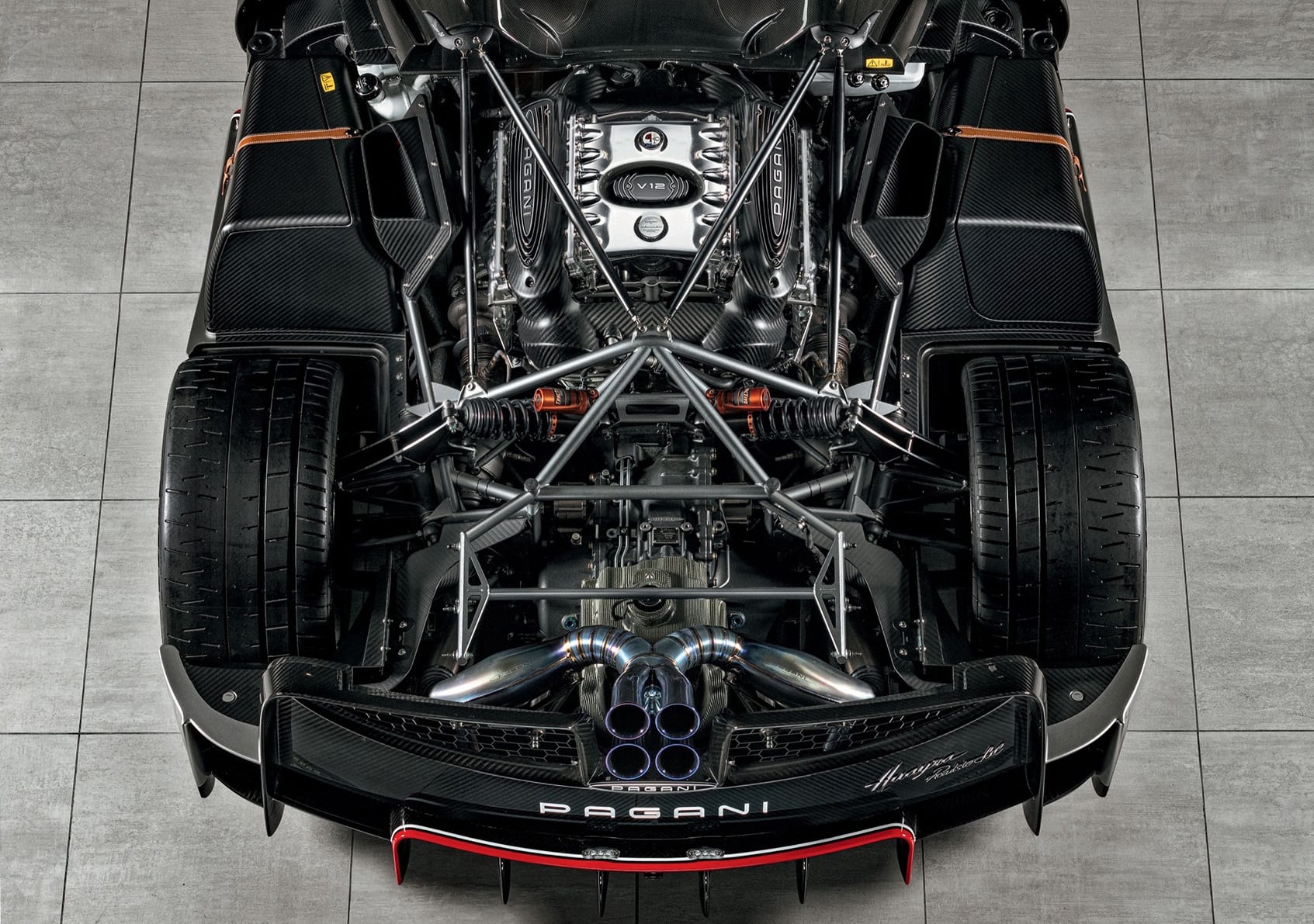 Power is channeled by an Xtrac transverse seven-speed sequential gearbox and Pirelli PZero Trofeo R tires face the impossible task of controlling all of that. Between the advanced aerodynamics which provide up to 1,102 pounds of downforce at 174 mph and the sheer grip of those tires, test drivers saw lateral acceleration peak at 2.2 g.

With loads of composite materials making up the chassis and the body, awesome power, active aero elements, and the kind of hardware you’d expect from a full-blown race car, the Huayra Roadster BC promises to be a genuine thrill. For $3.4 million, it better be. 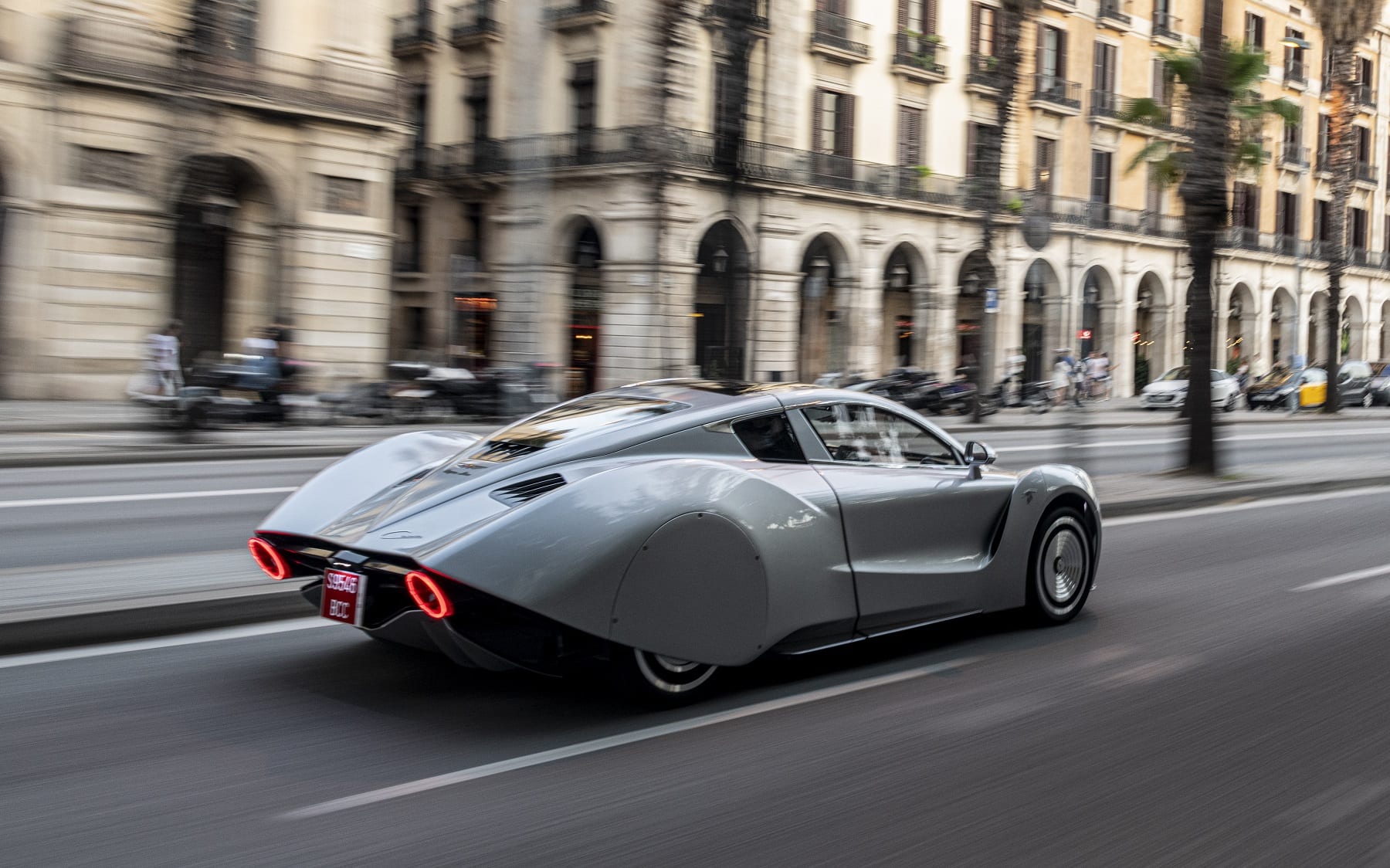 Here’s a name you probably haven’t heard in a while – Hispano Suiza. They were a Spanish car brand that built luxury cars and occasionally airplane engines, but have been pretty much dormant since the fifties. A few attempts have been made to revive the brand, such as now, but this one looks a little closer to becoming reality. A new Hispano Suiza has just made its dynamic debut on the streets of Barcelona and deliveries are scheduled to commence next year.

Their latest attempt to be a real car brand again is an electric “hyperlux grand tourer” called the Carmen. The retro-futuristic two-seater actually made its debut at the Geneva Motor Show this year, but it seemed to get lost amongst the supercar circlejerk that is Geneva. I certainly missed it. But it’s a real car with some serious hardware and it’s backed by people who know a few things about EV power. 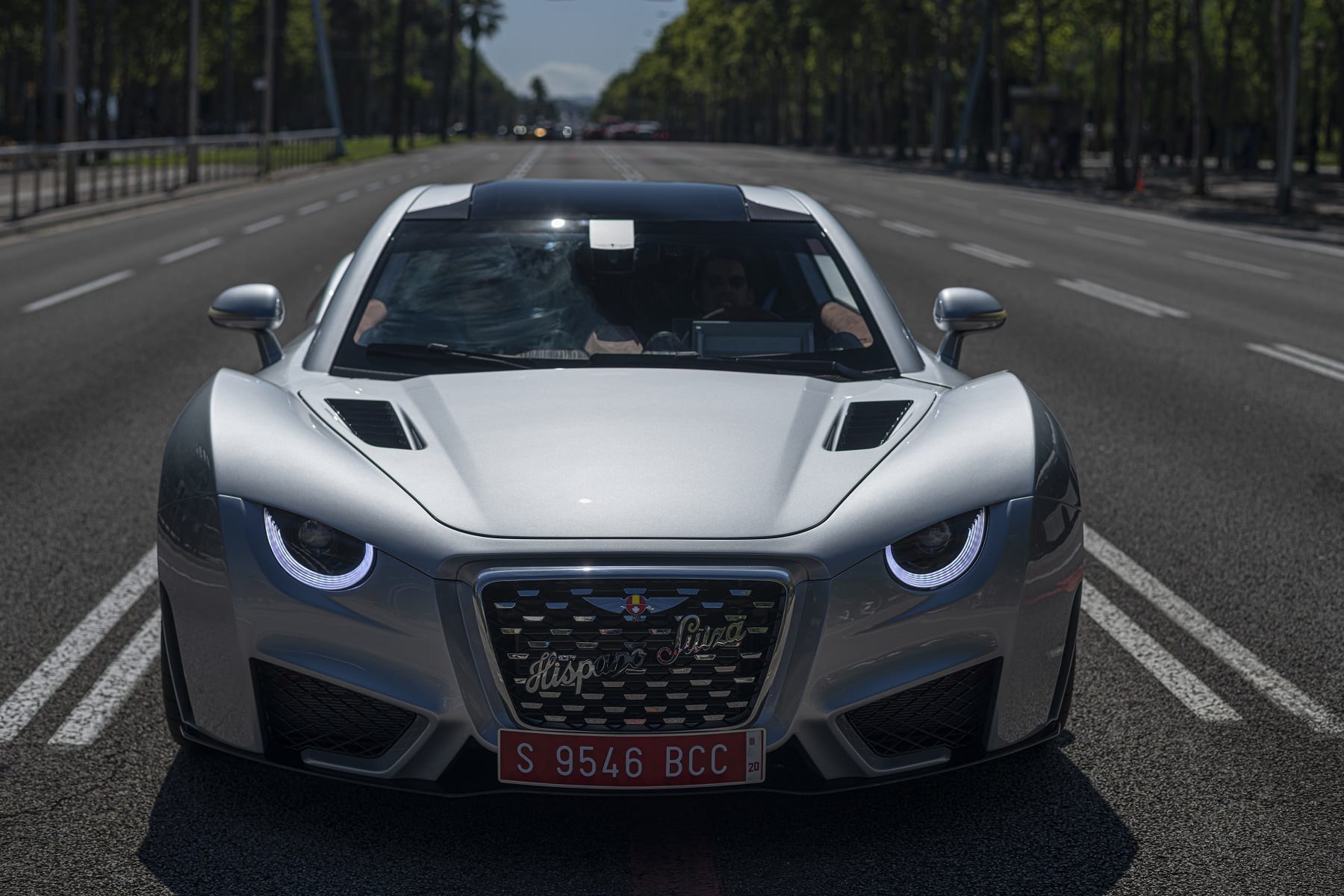 The Carmen “hyperlux grand tourer” is designed, developed, and manufactured in Barcelona and is based on a hand-laid carbon fiber monocoque. Powertrain development was headed by neighboring QEV Technologies who provide design, engineerng, R&D, and production for Formula E teams and some other established brands. The car’s performance is the next thing they’ll be testing in earnest, but they’re anticipating around 1,000 horsepower out of the thing. High-speed testing and handling development will take place at the awesome Ascari racing circuit. 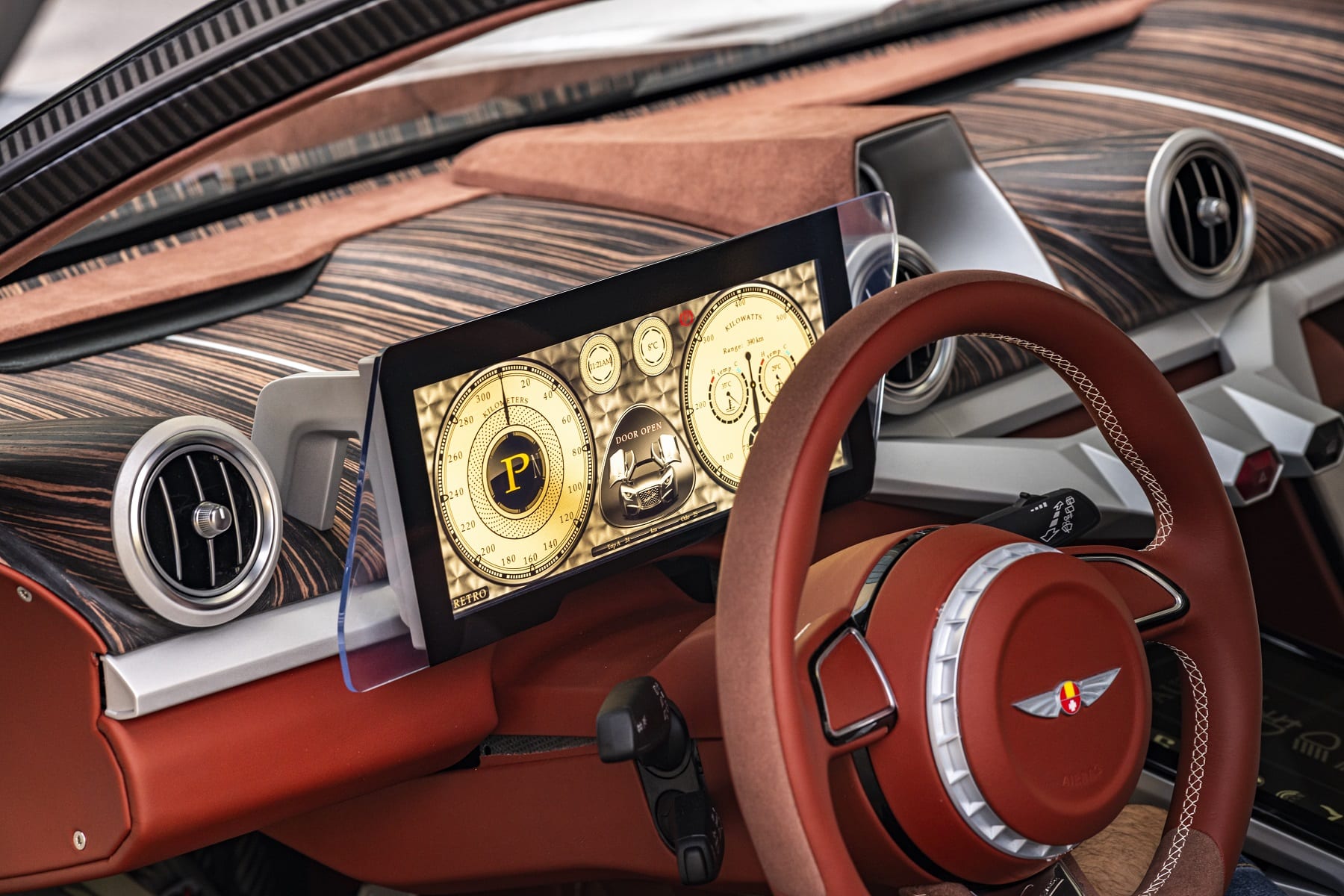 Digging up old reports on this, it will be limited to 19 units and cost upwards of $1.7 million. So it’s very unlikely any of us will have the pleasure of seeing a modern take on a pre-war grand tourer, but it’s one of those things that’s just too cool to not talk about. 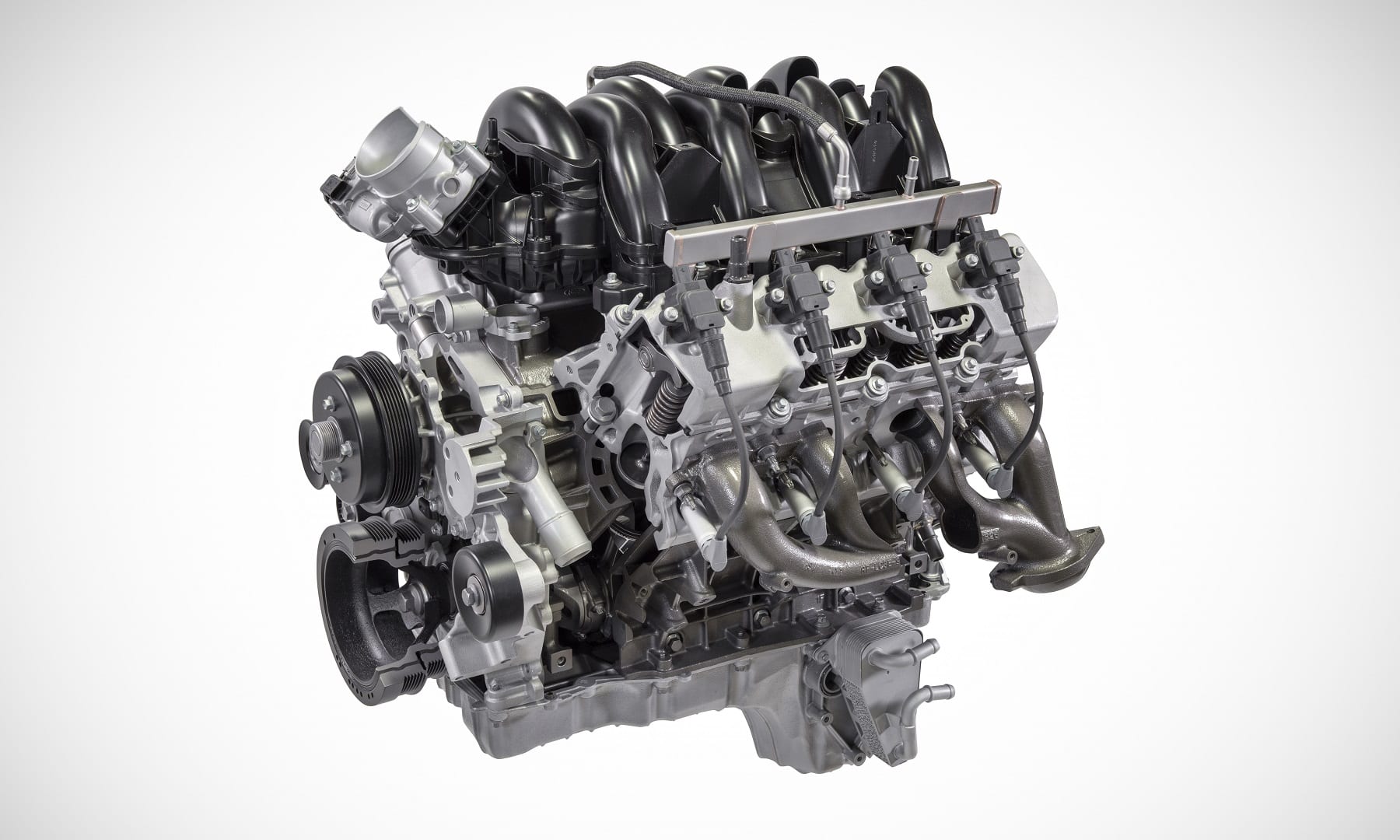 While the industry continues its long-running trend of down-sizing and electrifying – including Ford – one new engine option coming to the Super Duty lineup does literally the exact opposite. As has been long rumored, Ford will soon offer an old school 7.3-liter gas V8 that forgoes fancy tricks for extra power and efficiency and just focuses on being durable and easy to maintain. That focus starts to become evident when you look at the numbers.

Considering how much displacement there is, it’s easy to expect… more? But that displacement is part of their strategy. The whole engine is sort of overbuilt in a way. It features a variable-displacement oil pump, extra-large main bearings, forged steel crankshaft, and piston cooling jets – some of the things you’d expect from a boosted engine. Ford’s goal was an engine that would be extremely durable and easier and cheaper to maintain, even while operating in the harshest environments. For those truckers who are all about that diesel life, the 6.7-liter Power Stroke diesel V8 will be upgraded later this year as well.

I can’t wait to see what the tuners do with this thing. 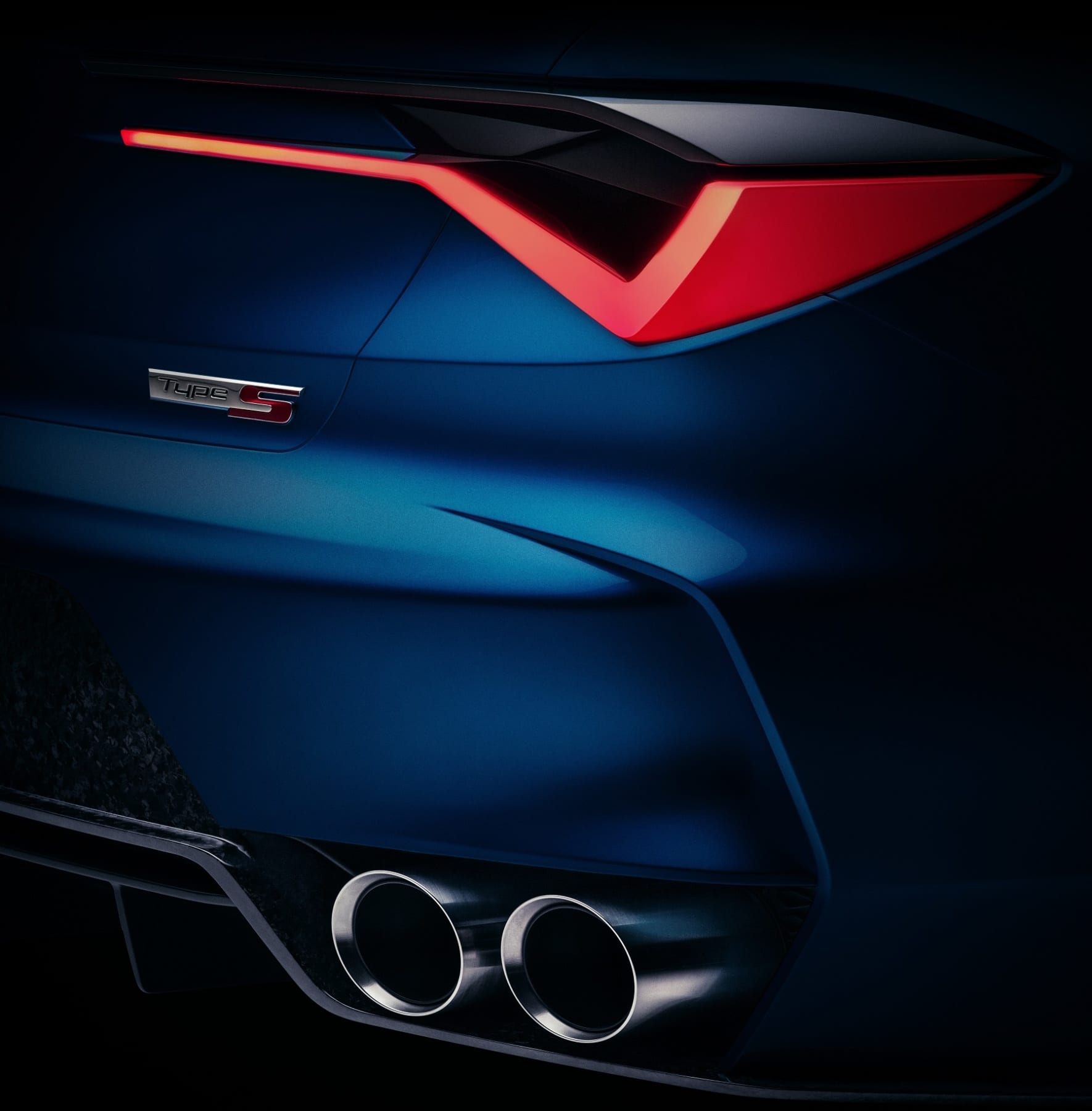 A “new era of performance” for Acura will debut at Monterey Car Week later this month. Known as the Acura Type S Concept, it’s setting the stage for the return of Acura’s high performance variant line that hasn’t been seen in America since 2008. The TL Type S – still one of the best-looking sedans in modern history – left some big shoes to fill, and it seems Acura is focused on getting this one right. In addition to this promising teaser shot, a quick video was also published which shows off a sedan with a silhouette that will almost certainly be called “coupe-like” a hundred times in the press release.

This new era of Acura’s “Precision Crafted Performance” will debut publicly on Friday, August 16th at The Quail, a Motorsports Gathering. It will then be showcased on the Concours d’Elegance Concept Lawn the following Sunday. We’ll be sure to cover this one when we can.