Aaaaaaand we’re back. Apologies for missing the news last week – something came up that had me busy on the other side of the country. And then I did that thing where I forgot what day of the week it was. In the 10+ years I’ve been doing this I believe this is the first time I’ve flat out missed it besides holidays and instances where someone else took over for me, something that could’ve happened last week if I had any mental capacity left for it. But that’s all behind me now which means I can once again do my part to lower the standards of automotive journalism. With that, Welcome to the Hooniverse News! As always, this is a weekly recap of the biggest stories in the automotive industry without the fluff or bull. This week: Hyundai Kona N is the sporty compact SUV we didn’t know we needed, Volkswagen is under SEC investigation for that whole Voltswagen thing, Aston Martin shows off limited edition V12 Speedster, and Lotus teases their last gas-powered sports car. 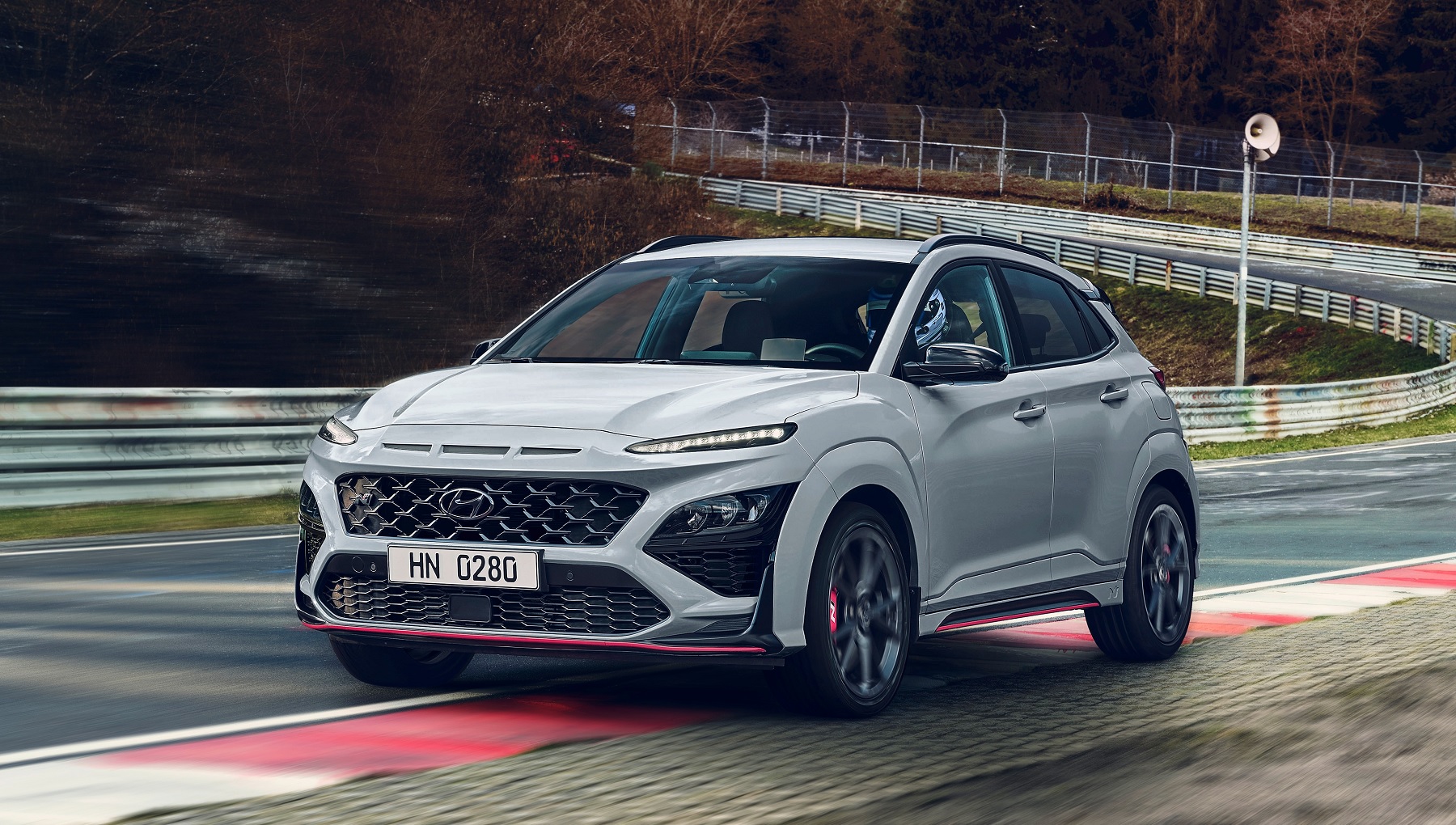 As promised, Hyundai has delivered a subcompact SUV with the soul of a hot hatch. The Kona N is the first of its kind for Hyundai and probably in general – a subcompact SUV with a focus on usable performance that can be fully exploited on a race track or your favorite mountain road. The Nissan Juke Nismo was somewhat similar in spirit but it has nothing on this. Performance SUVs are of course nothing new, and in today’s market there are probably more SUVs with 500+ horsepower than there are new cars that can be bought with a single minimum wage salary. But the way Hyundai has approached this Kona N makes it a little unique.

It’s not trying to be ridiculously fast like a BMW X5M or douchey like a Lamborghini Urus and it doesn’t share parts with a Hellcat. Its inspiration is the humble but magical Veloster N. For all intents and purposes, it’s Hyundai’s three-door hot hatch turned into a slightly taller four-door hot hatch. It has the same 2.0-liter turbocharged GDI four-cylinder engine with about the same 275 horsepower and 29 lb.-ft. torque over the Veloster N, bringing the total to 289 lb.-ft. Unsurprisingly the only transmission available is the eight-speed wet dual clutch “N DCT”, just like what’s available in the Veloster N. For now it’s also front-wheel-drive only though AWD would be a pretty neat option in this thing. With launch control it’ll do the 0-60 mph sprint in an impressive 5.5 seconds which is just a couple tenths off the Veloster N’s factory estimate.

The parts sharing between these two cars doesn’t end at the engine. It uses the same electronic limited-slip differential they like to call “N Corner Carving Differential” and the same performance-optimized driver assistance systems. It also borrows the N-specific styling enhancements, including its red body accents and an abundance of intakes. It rides on 19″ alloy wheels with Pirelli P Zero tires and more than adequate N performance brakes. Its chassis and suspension setup is aimed at providing agile performance while not completely ruining the ride quality. It worked for the Veloster N and will certainly work on a car with such similar dimensions. 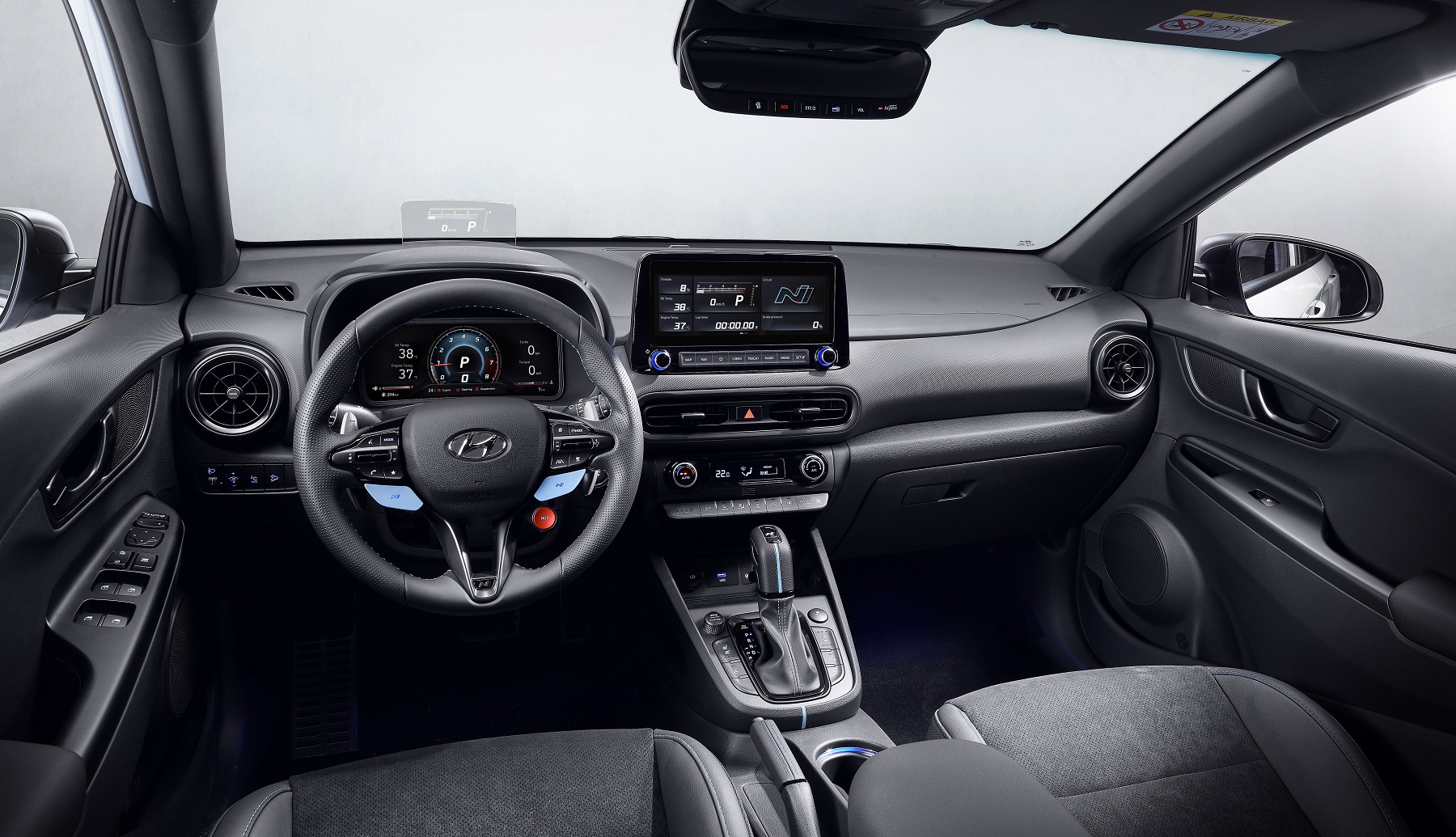 In short, it’s everything you could possibly need in a small performance SUV. We won’t know for sure until one of us (Jeff) gets to drive it, but there’s no reason to doubt this would be just as fun as the Veloster N in most situations. That’s high praise for a subcompact SUV. Pricing isn’t available yet, but it will certainly start a few grand more than the Veloster N’s $32,250 MSRP. The standard models are about $2,000 apart.

Volkswagen is under SEC investigation over “Voltswagen”

Well the automotive media industry and the general public aren’t the only ones confused. According to Der Spiegel, the US Securities and Exchange Commission (SEC) has opened an investigation into Volkswagen of America over matter. The SEC is of course the agency that protects investors and banking institutions by investigating market manipulation and sometimes punishing people who do it. By announcing a name change to “demonstrate a commitment to a brighter future”, they pleased investors enough to impact their stock price. Motor1 reports the stock climbed by 12.5 percent until it was revealed that Volkswagen of America did something incomprehensibly stupid.

So while details are scarce and will probably not be available for quite a while, we do know that VAG confirmed the SEC’s request for info had been made. This could result in a fine or it could result in nothing. Either way, buckle up.

Aston Martin has unveiled a limited-edition open-top V12 Speedster inspired by the iconic DBR1 and it looks like this. Gorgeous, isn’t it. Only 88 examples are being built and each one will cost 420 Bitcoin and sold out in 0.0006 seconds. Their hand-selected buyers own on average 758 cars, 12 houses, 7.3 private jets, and 5 mega yachts. You and I are too poor to breathe on one. 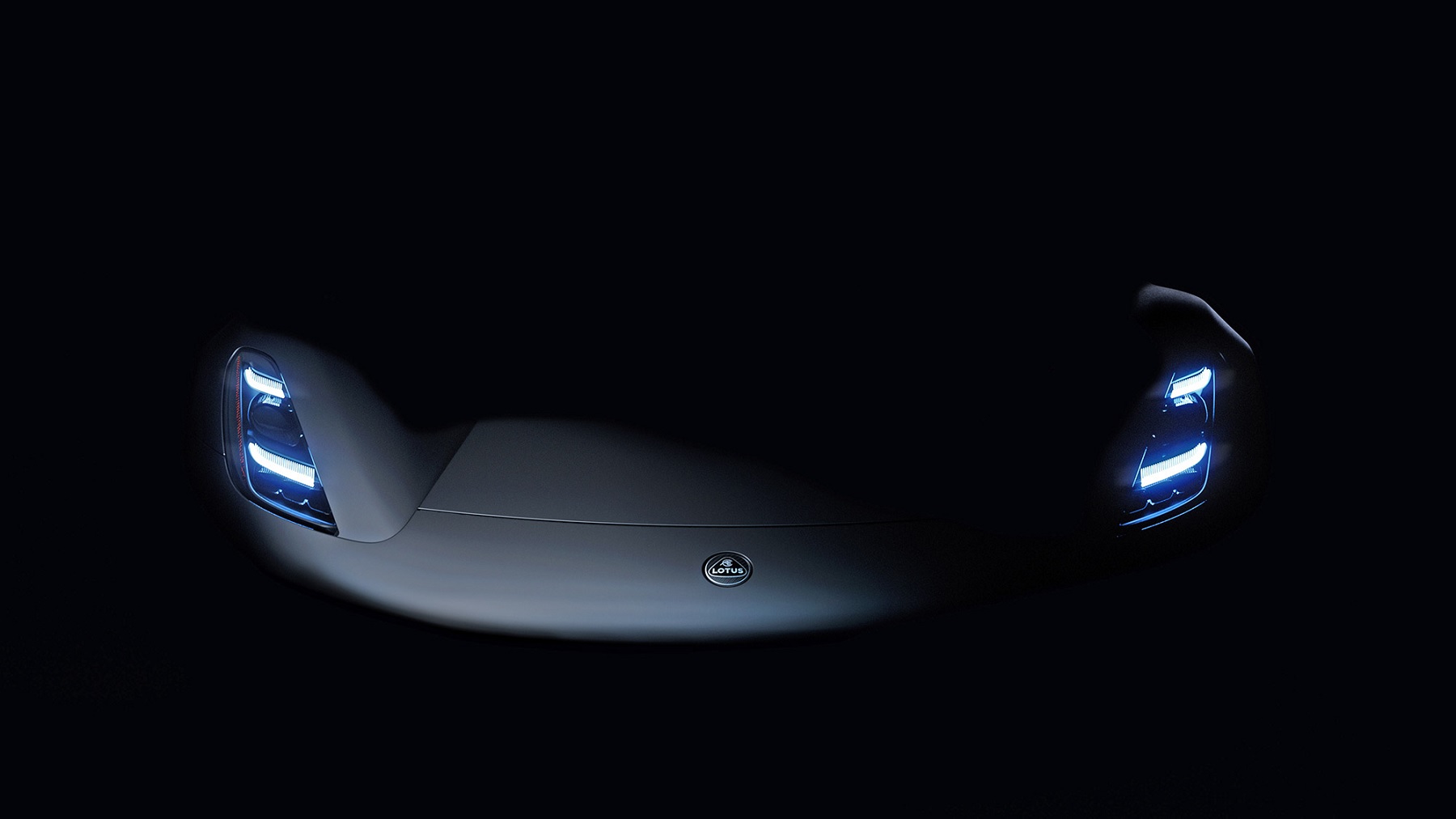 On July 6th, Lotus will unveil a very special car. It’s been teased previously as being the last production Lotus to ship with an internal combustion engine. The news on it this week is it has a name – Emira – and a sneak peak has been given. The Emira will reportedly offer a choice of engines thanks to an “exciting new powertrain partnership” that has yet to be confirmed. Its powertrain won’t be electrified in any capacity, making it truly one last hurrah for a long line of fabulous gas-powered Lotuses. Being a Geely-owned company now, they’re making a full transition to electric vehicles in the near future and are already well underway in making that transformation happen. 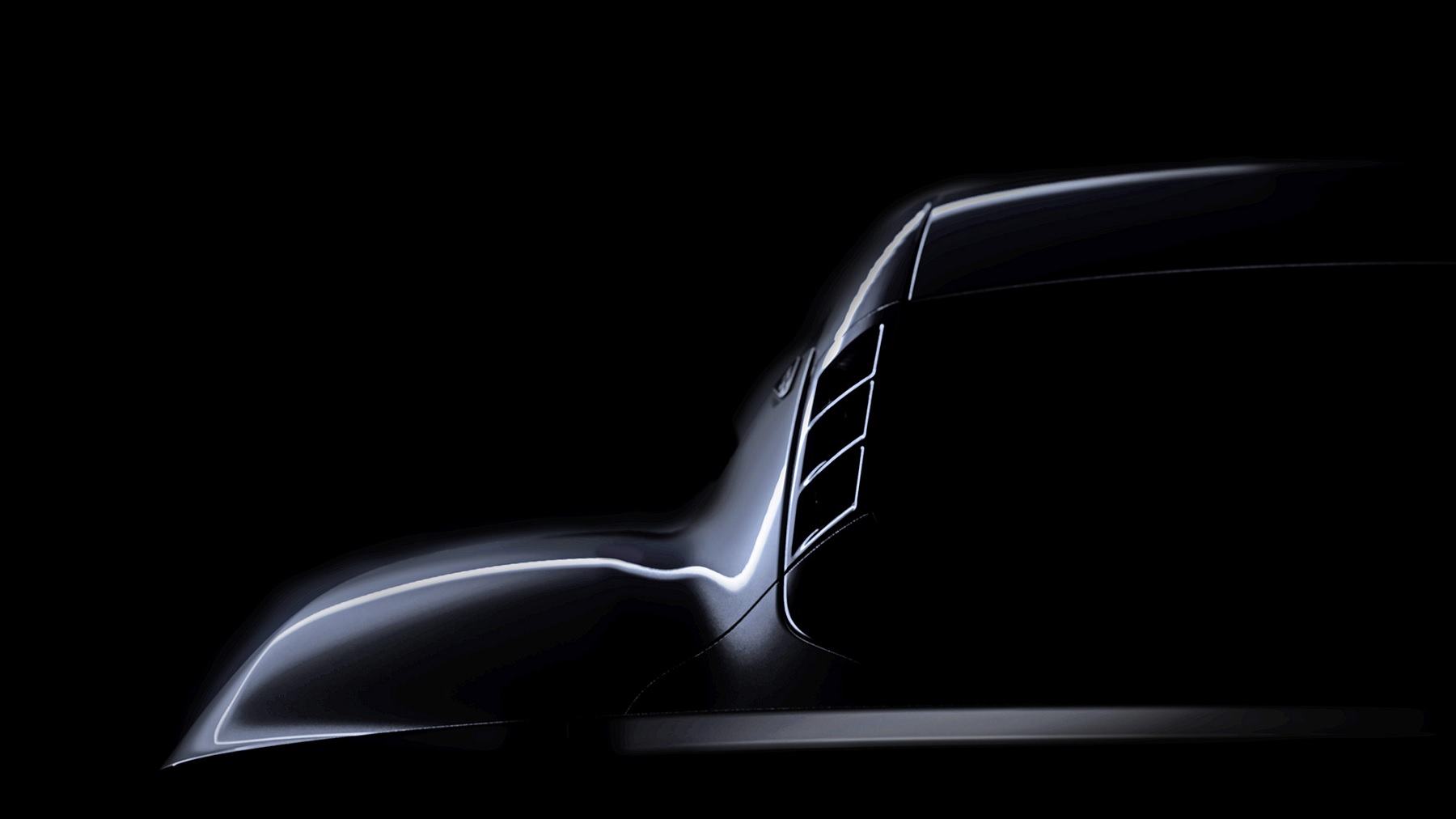 The teaser shots are as mysterious as they normally are, but I already get the feeling this one’s going to be drop dead gorgeous. And as for that engine partnership… I mean, come on. It has to be Cosworth, right? How sweet would that be. Two of the most legendary names in motorsport getting together for one more good time before the batteries take over. Either way, we’ll know more about it on July 6th. I’ll try not to cry when I eventually write that up. 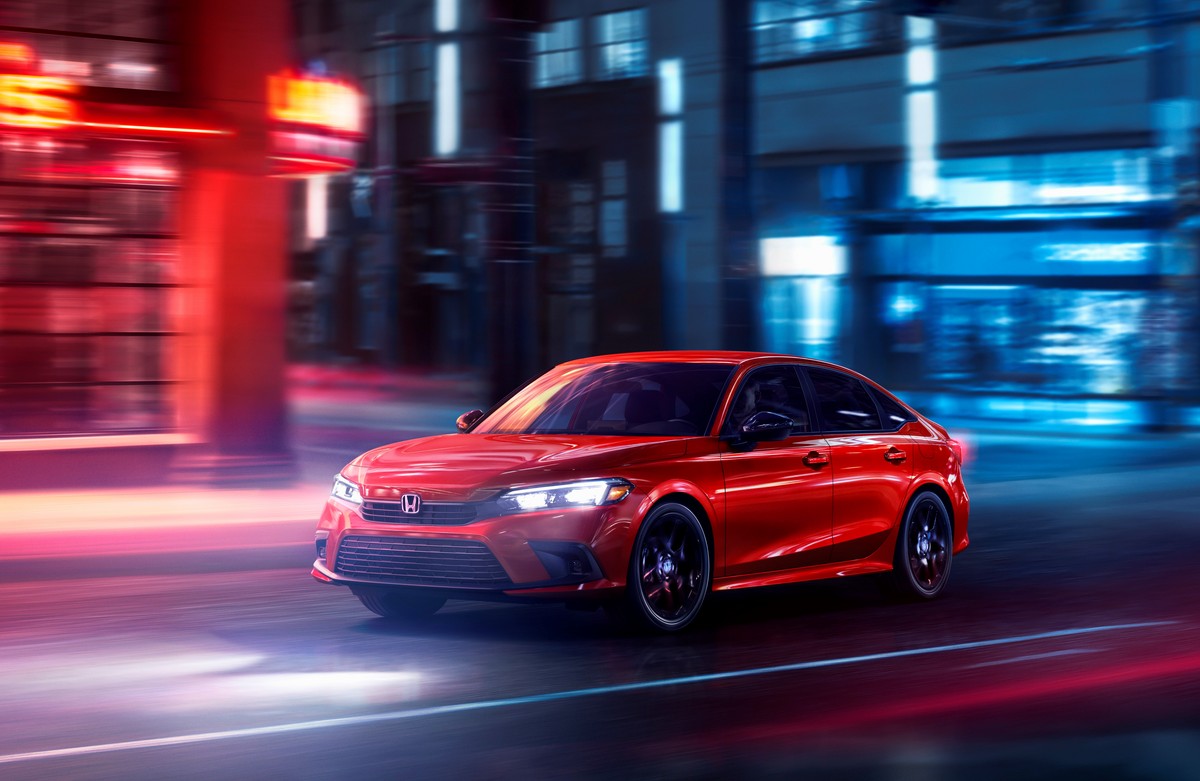 The 11th generation Honda Civic made its production-ready debut this week. William provides the full run down over here. It’s worth checking out.