Welcome to the Hooniverse News! As always, this is a weekly recap of the biggest stories in the automotive industry without the fluff or bull. This week: Subaru increases the Outback’s capabilities with new Wilderness model, Hyundai teases new Santa Cruz pickup coming soon, Ford Maverick is spied and is significantly smaller than the Ranger, and Volkswagen of America did something really stupid this week. 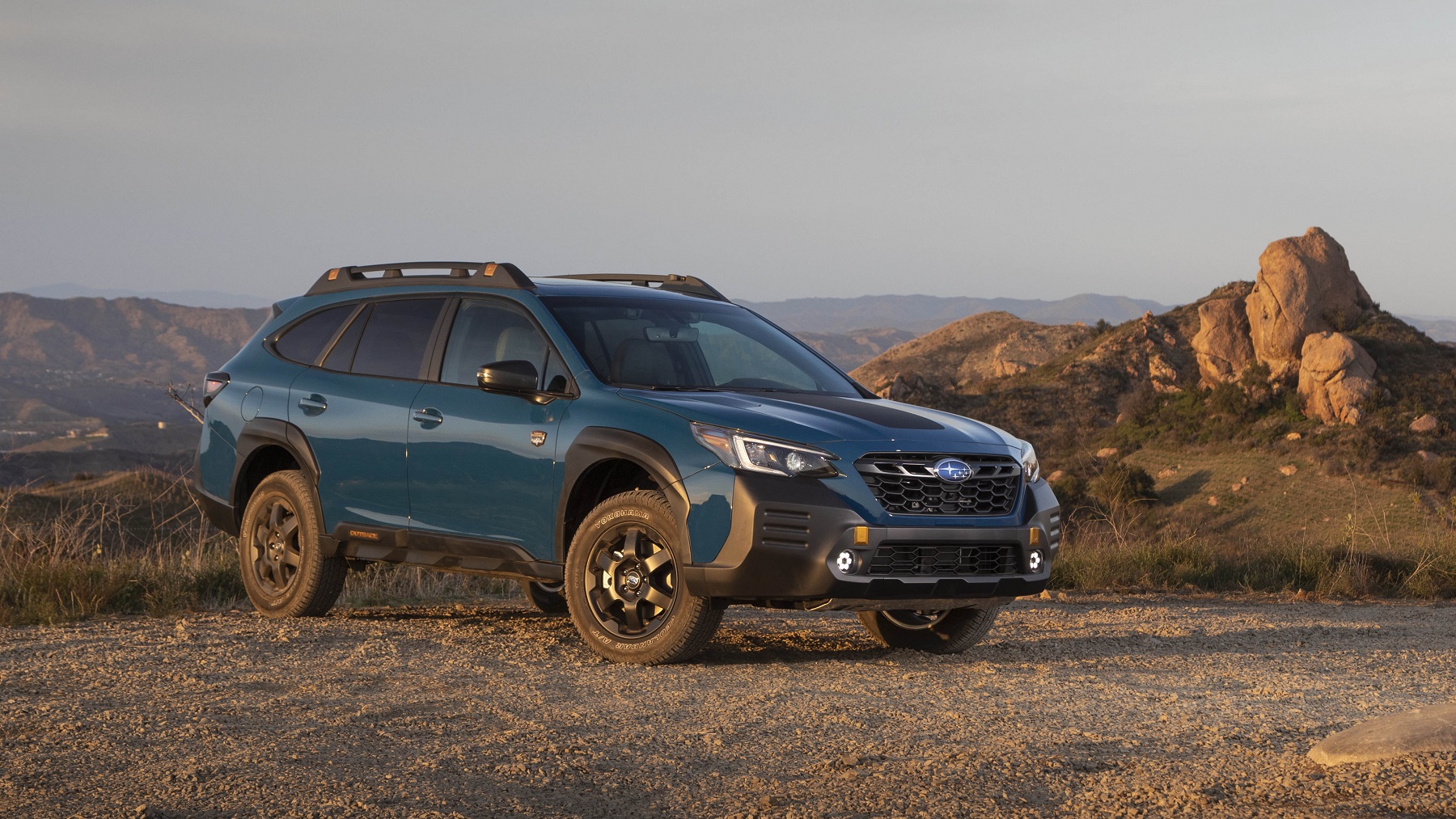 Subaru has been known for their adventure-ready wagons and crossovers for decades, but this week they’ve taken it to a different level with the Outback Wilderness. Available as a new trim level later this year, it’s a more rugged and more capable Outback for drivers who use every bit of a car’s advertised off roading abilities. It’s more than just body cladding – it has some impressive specs backing it up.

It has the standard 2.4-liter turbocharged Boxer four cylinder with 260 horsepower and 277 lb.-ft. of torque paired with a good ole CVT. Subaru’s Symmetrical AWD, a revised rear differential, dual-function X-MODE, and torque vectoring help put that power to any surface as effectively as possible. X-MODE in particular is like a terrain selector or drive mode controller in other cars. It has Snow/Dirt and Deep Snow/Mud modes and works more seamlessly in the Wilderness model. Mechanical grip is provided by lengthened shocks and springs at all four corners plus Yokohama GEOLANDAR all-terrain tires on unique 17″ alloy wheels. The new suspension settings provide 9.5 inches of ground clearance, a 1 inch increase over stock, which allows for more stability over rough terrain and more suspension travel. 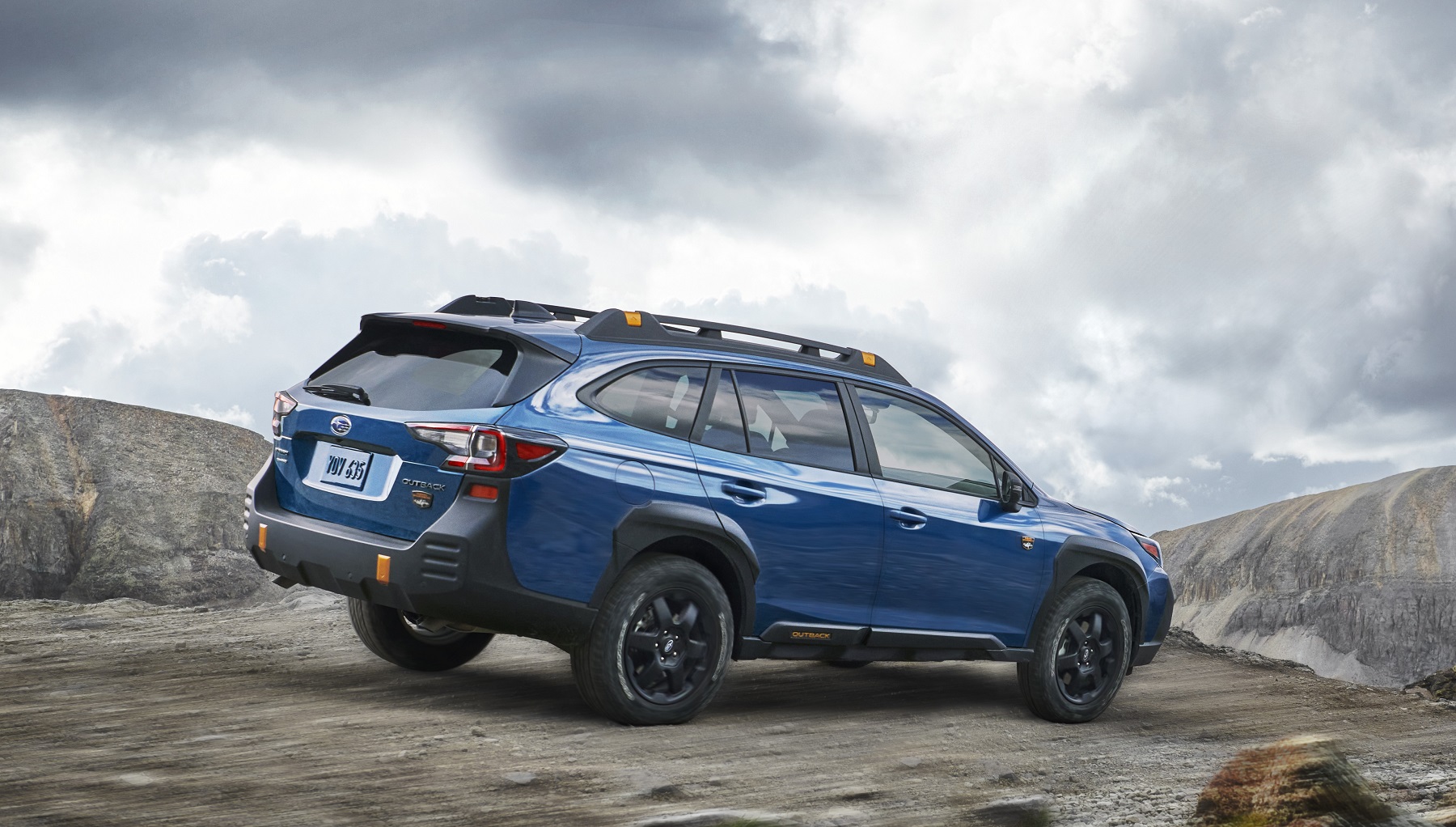 The Wilderness package comes with a redesigned front and rear bumpers which not only look cool but also aid in its off roading abilities as well. Approach angles have been increased from 18.6 degrees to 20.0, ramp breakover angle shifts from 19.4 degrees to 21.2 degrees, and the departure angle soars from 21.7 degrees to 23.6 degrees. They say the improvements made to the differential and CVT allows it to climb grades up to 40 percent on a gravel surface. I’m no off roading expert but these are very impressive numbers out of something like this. 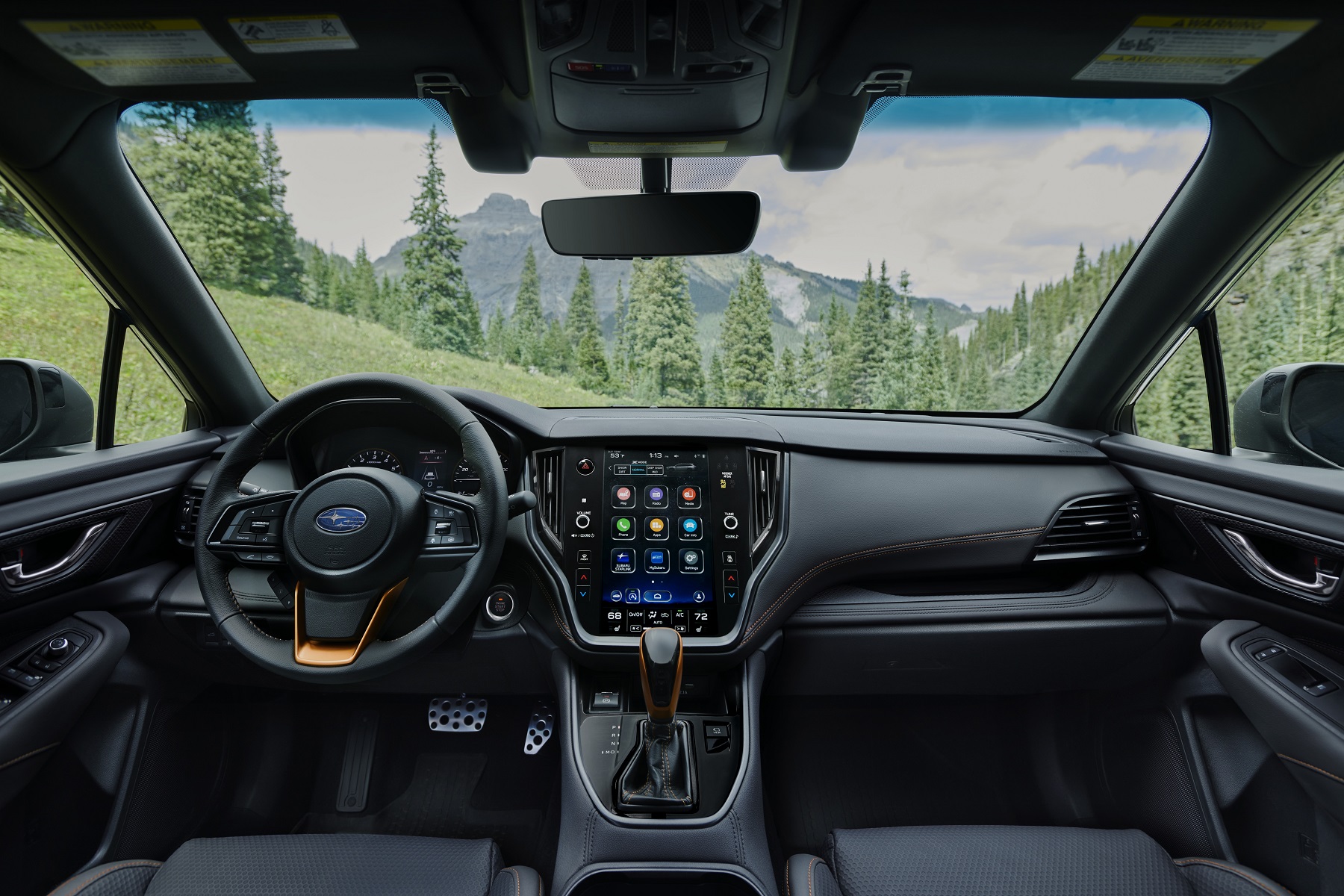 Pricing and an exact release window have not been revealed yet.

A brand new class of vehicle was announced this week. Hyundai has coined the term “Sport Adventure Vehicle” to describe their upcoming pickup. It’s going to be called the Santa Cruz and will enter production this summer at their Alabama plant and they’ve given us a teaser this week.

It appears poised to compete with either the Honda Ridgeline, the upcoming Ford Maverick, or any other pickup that isn’t 50 feet long. While it remains to be seen how segment breaking it really will be, it’ll still be new territory for Hyundai who has never produced a pickup in the North American market… from what I can tell. They know anything with a pickup bed is selling faster than automakers can produce them but they also know the immense size and cost of a traditional pickup is turning off some buyers and Twitter users as well. By introducing a smaller yet functional pickup that can seamlessly transition from urban commuting, mild off roading, and hauling duties, they can make a good impression in the US market.

We’ll get a better idea of how they plan to do that when it debuts on April 15th.

Speaking of small trucks, the upcoming Ford Maverick has been spied by Maverick Truck Club in open road testing alongside the Ford Ranger. It’s a significant spot because it not only shows us more of the promising new small truck from Ford, but it also shows us just how small it’ll be compared to the mid-size Ranger. I won’t publish the photos here because we’ve been yelled at for doing this sort of thing before, but lemme tell ya… it’s small. Head on over to Maverick Truck Club and see the side by side shots for yourself.

Not much is known for certain about the Maverick (we really aren’t even sure if that’s what the name will be) but the leading theory is that it will share engines and underpinnings with the Escape and Bronco Sport. After seeing it side by side with a Ranger, that seems to ring true.

Oooooh where to even begin with this one.

If you’ve been on the internet this week, Volkswagen of America caused a bit of a stir when reports began to surface that they were considering changing their name to Voltswagen. This would have theoretically been to signal their commitment to producing underperforming battery electric vehicles to people who need cheesy marketing gimmicks to understand things and lend to the ultimate goal of hoping the whole world forgot about how they lied about diesel emissions for years. The idea sounded absurd and unlikely given that its not common for a decades old company to just change a name, but the report from USA Today cited a press release that was actually published (and then retracted) from the North American VW press site on Monday. That got the industry talking.

My first thought was like that of many others – with April 1st being around the corner, this seemed like it was just some dumb joke. But as anyone with a basic understanding of a calendar would know, this past Monday was not April 1st. It was March 29th. It remained sort of a rumor and was brushed off as a load of crap by most, but journalists at various outlets did their jobs and reached out to Volkswagen for comment. What happened next is where this story goes from silly to shitty

When pressed by outlets like CNBC, CNET, Road&Track, Automotive News, and countless others, Volkswagen did what they do best and just lied about it some more. So on Monday the story went from rumors to multiple exclusive reports from legitimate news outlets. Then on Tuesday morning, Volkswagen of America published another press release which again confirmed to the whole world that it was legitimate and that they were in fact changing their name to a shitty EV pun. This time it was coming straight from the horse’s ass.

Surprising no one, that only made things worse. Outlets were scrambling to make sense of it, some reaching out to their own press contacts and others questioning whether VW would be doing the same in Europe. At some point during all this, the higher ups at Volkswagen were going “was zur Hölle” and their new version of “the truth” began to slip out. It took prodding from the WSJ and Reuters for them to finally admit that it was all just a shitty April Fools joke. It’s important to just mention again that this all occurred on March 29th and 30th, which is most definitely not April 1st.

We still don’t know the truth 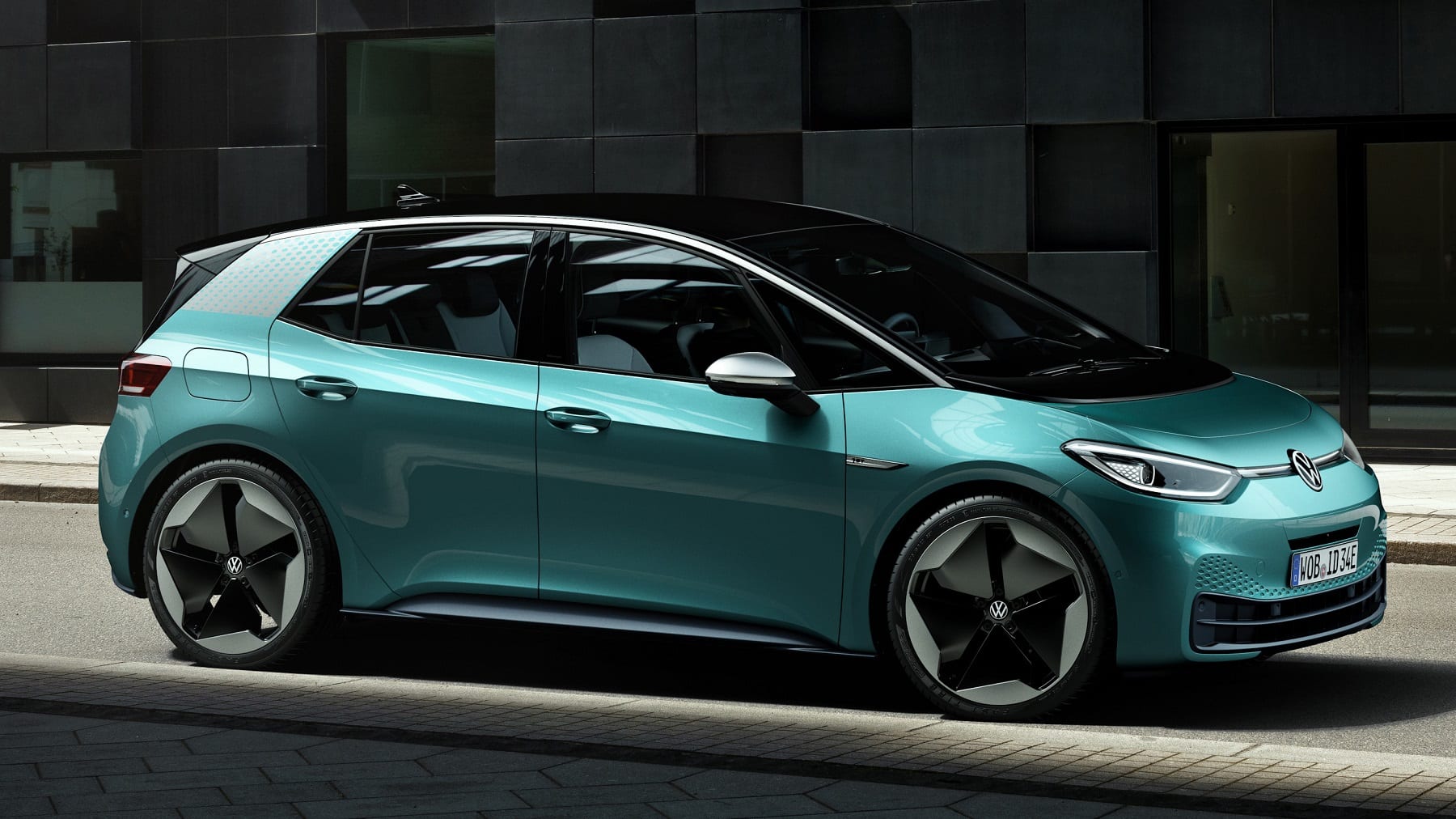 Even now that they’ve come clean, we still don’t truly know if this was actually a joke. Road & Track has a source claiming that it was a genuine announcement which was just accidently published early. The “it’s just a prank bro” bit may have been fabricated just to save face, but instead it only made things worse. One way or another, Volkswagen of America lied to reporters who were just trying to figure out what the hell was going on. When the company in question doesn’t even know what their own truth is, it just makes everyone – but especially Volkswagen of America – look like idiots.

After this revelation, every report on this charade was updated by reporters who had to admit they lied to their readers, when in reality it was Volkswagen of America who did the lying. What else could those reporters do when they reach out to a company for comment and that company just fuckin lies to them? At a time when the integrity of the media is constantly called into question, this kind of crap is just completely unnecessary and is even harmful. Every reporter who was tricked into covering this story in real time was unknowingly tricked into lying to their readers by a company who arguably does that whole lying thing better than anyone.

So while we still don’t truly know if this was a joke or not, one thing’s for certain: Volkswagen of America is the joke.