Welcome to the Hooniverse News! As always, this is a weekly recap of the biggest stories in the automotive industry without the fluff or bull. This week, it’s a bunch of stuff from the New York International Auto Show, including the Mustang 2.3L High Performance Package, Kia Stinger GTS, Lincoln Corsair, and more! 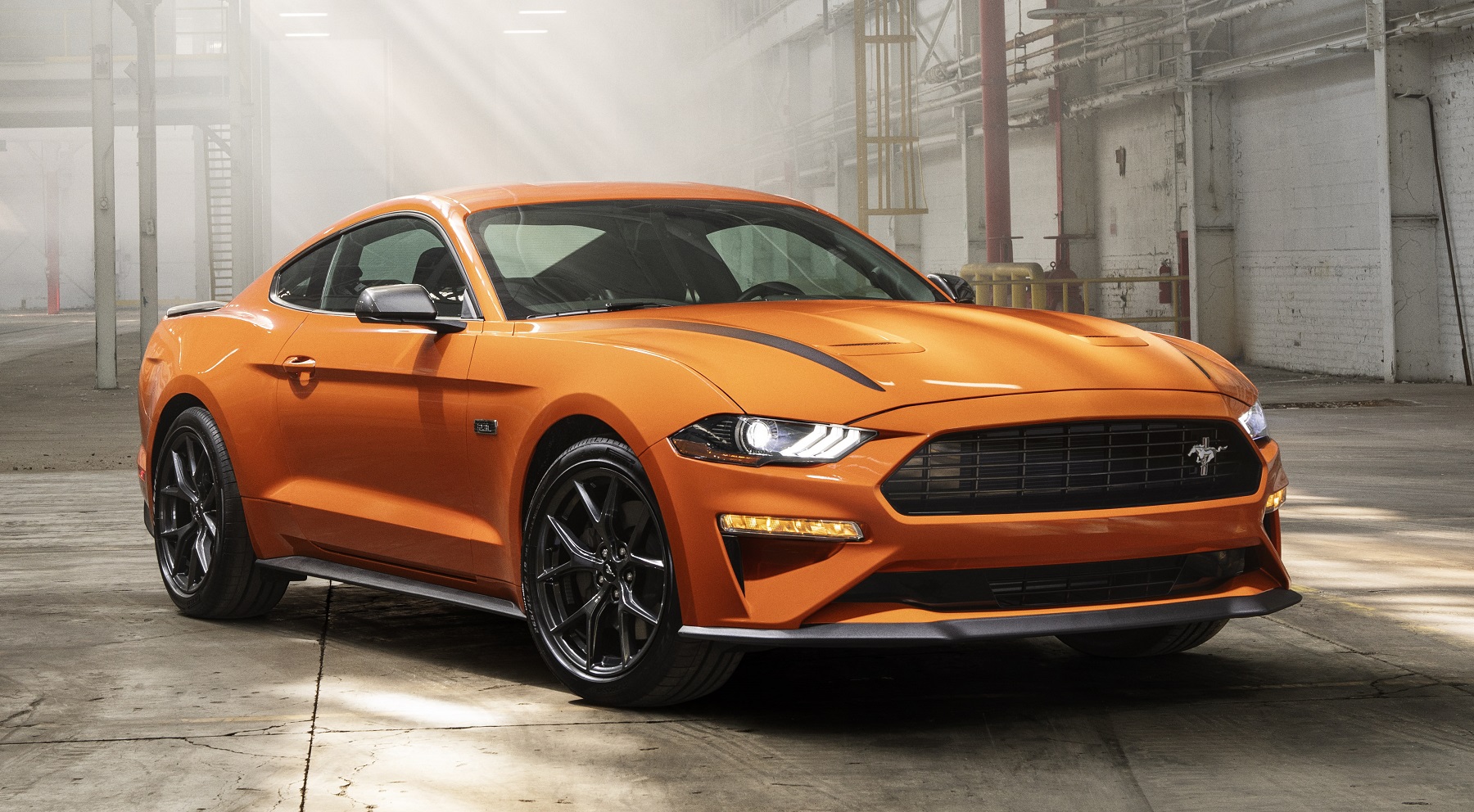 There’s no shortage of high(er)-performance variants of the Mustang GT available today which are all fantastic. I would know. But there’s been a noticeable lack of such performance variants for the EcoBoost-powered Mustangs. There’s an EcoBoost Performance Package available but it’s not nearly as extensive as any of the two Performance Packages on the GT. Ford stated a while ago that they wanted you to tune their shiny new turbocharged four-banger, but they themselves haven’t shown it a lot of love. That changed this week.

Unfortunately, their inability to find cool names for Mustang packages hasn’t changed. It’s called the 2.3L High Performance Package. Sure it gets to the point, but it may as well be called the Mustang RS. That’s because this isn’t like the regular EcoBoost available in any other Mustang – this is the much more potent EcoBoost turbo four derived from the Focus RS. With plenty of handling upgrades to match the power, this is the EcoBoost Mustang we deserve.

With 330 horsepower and 350 lb.-ft. of torque, it’s not the exact same specs you get out of a Focus RS but it’s close. Ford engineers gave it a slightly larger 63-millimeter twin-scroll turbo compressor and a better radiator. It’s also been calibrated to work with the six-speed manual and ten-speed automatic. Besides the increase in power, buyers will notice a more broad torque curve and less of a drop in power at redline.

As far as handling goes, it benefits from an aluminum strut tower brace, brakes from the non-performance pack Mustang GT, and larger sway bars front and rear. It includes a 3.55:1 limited-slip rear axle, extra cooling from the Mustang GT Performance Packages, and 19×9-inch machined-face aluminum wheels (which look awfully similar to the PP2 wheels) with 255/40R summer tires.

For those who want an extra edge on their track day, an additional EcoBoost Handling Package is available on this car. That adds semi-metallic brakes, specially calibrated MagneRide dampers, larger anti-roll bars at the back, and a TORSEN 3.55:1 limited-slip rear axle. It rides on wider 19×9.5-inch premium painted aluminum wheels with 265/40R Pirelli P Zero Corsa4 summer tires. 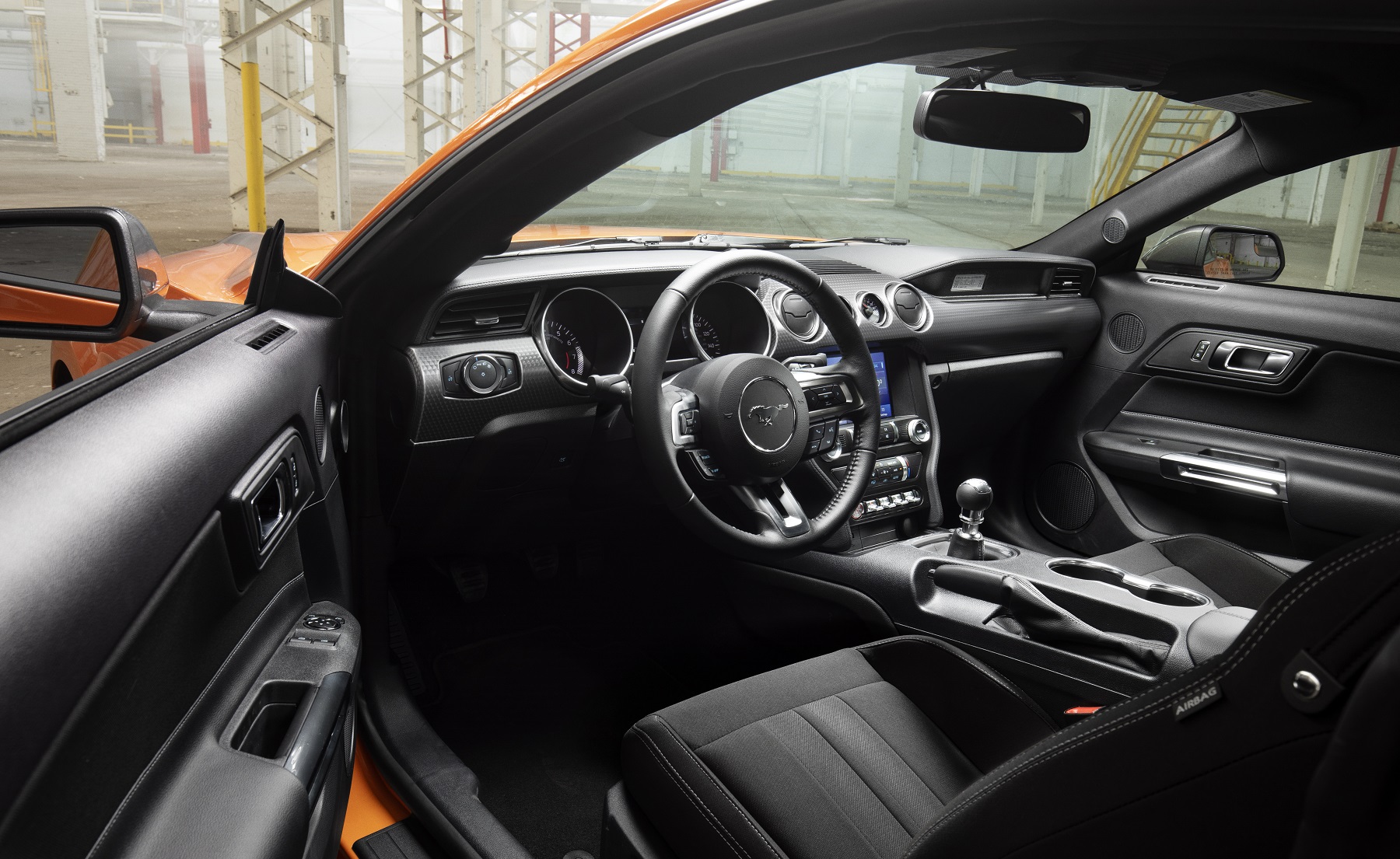 It’s often been said that the EcoBoost Mustangs are secretly the best-handling (outside of the Shelbys). Now that there’s a solid performance offering like this finally coming, I’d imagine more enthusiasts will be willing to give it a try. It arrives in dealerships this fall.

In other Mustang news, last year it was the hottest-selling sports coupe in the world for a fourth straight year. I helped! 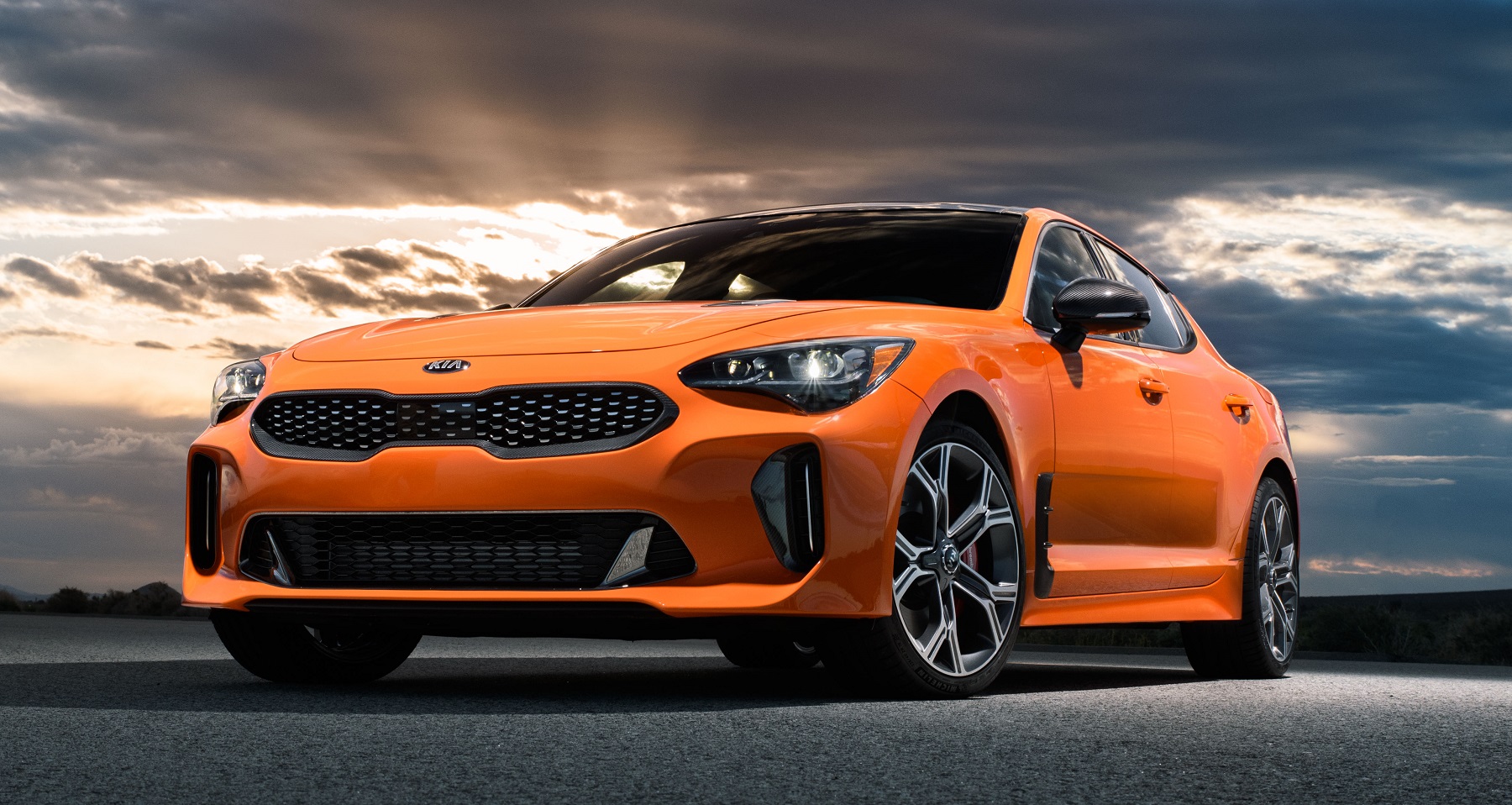 Kia proved they could do sports sedans right with the Stinger two years ago and now they’re stepping things up a little. 800 examples of the Kia Stinger GTS are being produced with an attention-grabbing color, some extra carbon fiber, and a new AWD system.

The biggest new feature the Stinger GTS can boast is a “dynamic all-wheel drive system (D-AWD)” intended for more spirited driving. It’s been tweaked to close the gap in behavior between the AWD-equipped and RWD-equipped Stinger GT. Closing that gap is a new mechanical limited-slip diff, a drift mode, and new logic for the automatic transmission and stability control. 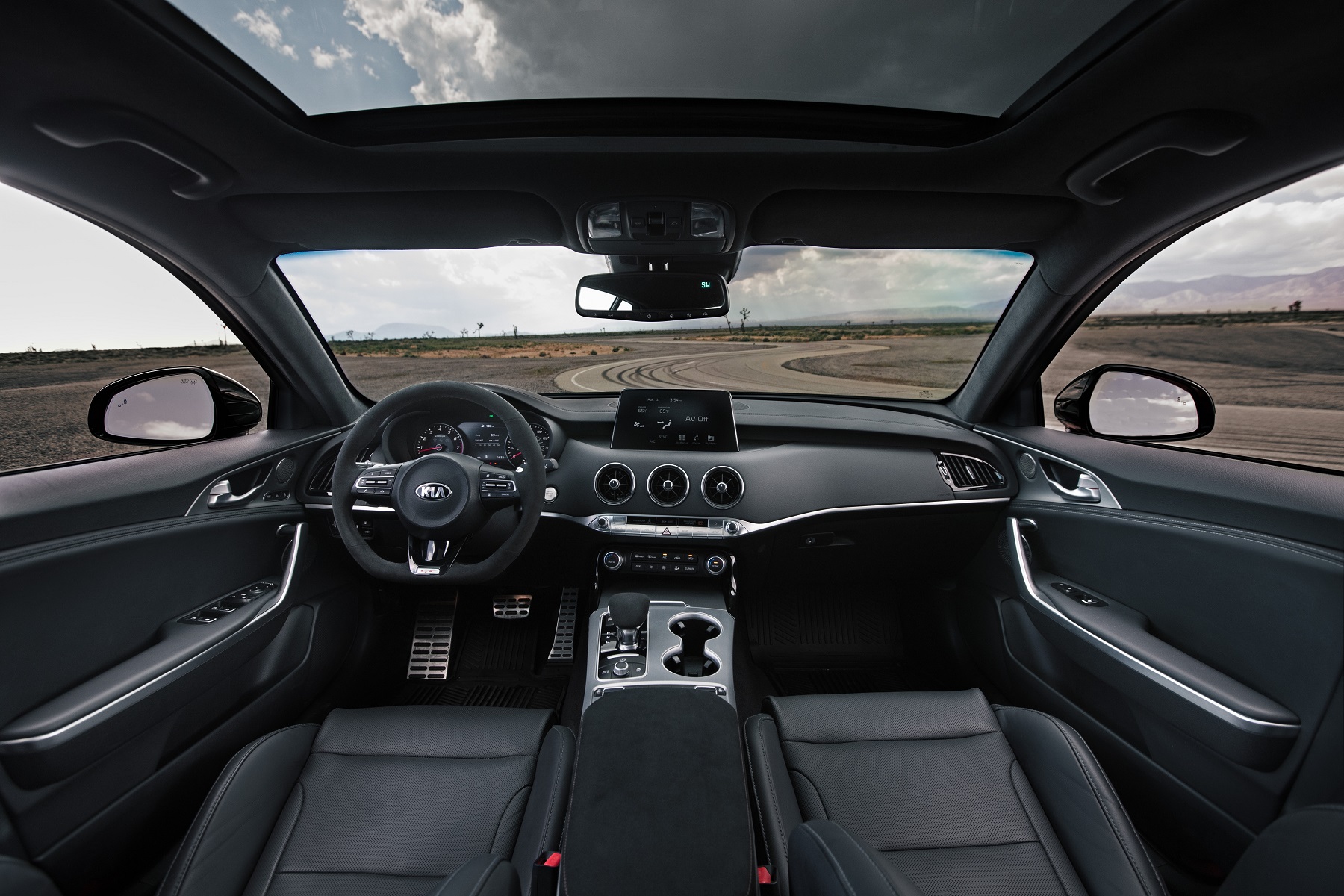 D-AWD is very biased towards the rear in all driving modes. Said drift mode can send 100% of the car’s power to the rear wheels for when people want to pretend they’re Ken Block. But if you don’t need a drift mode to lay slick drifts bro, you can still order the GTS in RWD.

What you’re left with in that case is an appearance package. That includes unique “Federation” premium orange paint, genuine carbon fiber exterior trim, some Alcantara inside, and a premium Chamude headliner. The GTS also includes premium tech features but it’s nothing you can’t get in a normal Stinger. 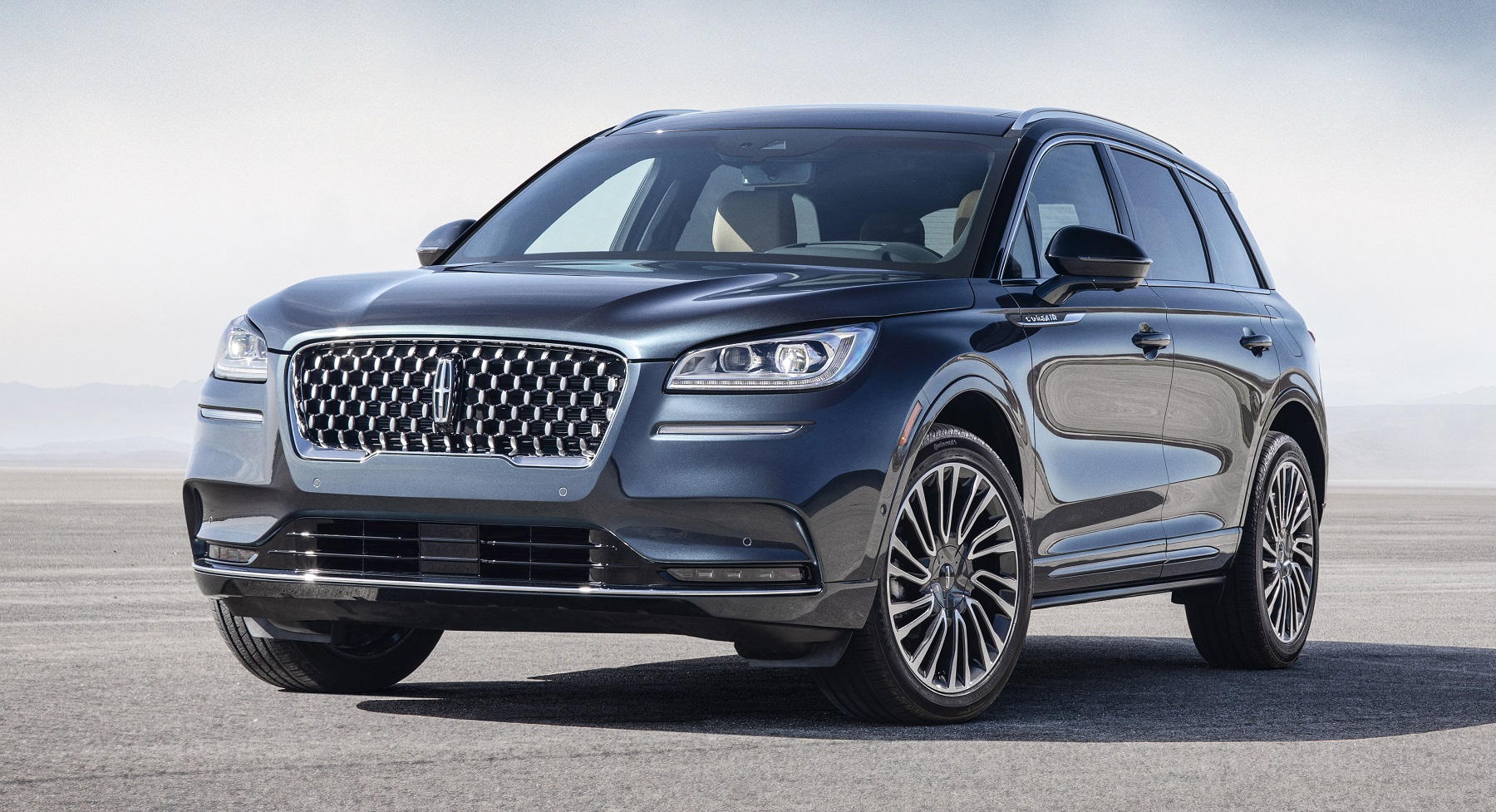 Lincoln’s much anticipated replacement for the MKC has been revealed this week. Say hello to the Lincoln Corsair, their newest two-row SUV/crossover that you’re going to see everywhere. It follows the winning Lincoln formula they’ve had since the Continental which means it’s attractive, comfortable, and loaded with tech.

And it’s at this point where I’m being greeted by some strong thunderstorms. I’m gonna start flying through these last stories in case it knocks out power in my apartment like it usually does. Panic! 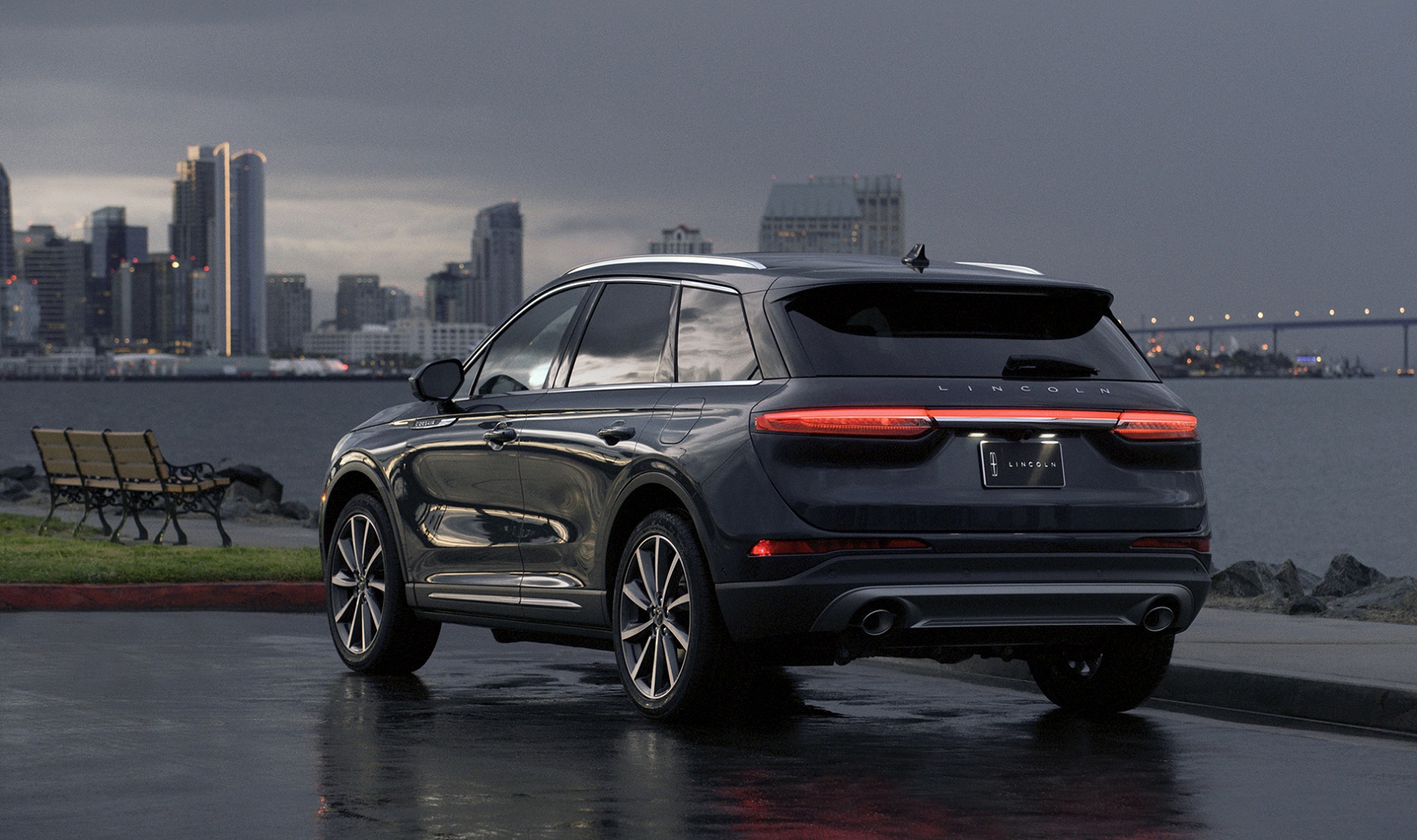 Everything about the Corsair is built around some “Quiet Flight DNA” which means it’s really quiet and smooth and stuff. A cool new feature which lends to that is a Lincoln-first rear integral bush suspension.

Two EcoBoost four-cylinder engines are available at launch ranging from 250 to 280 horsepower and there’s a new eight-speed automatic as well. 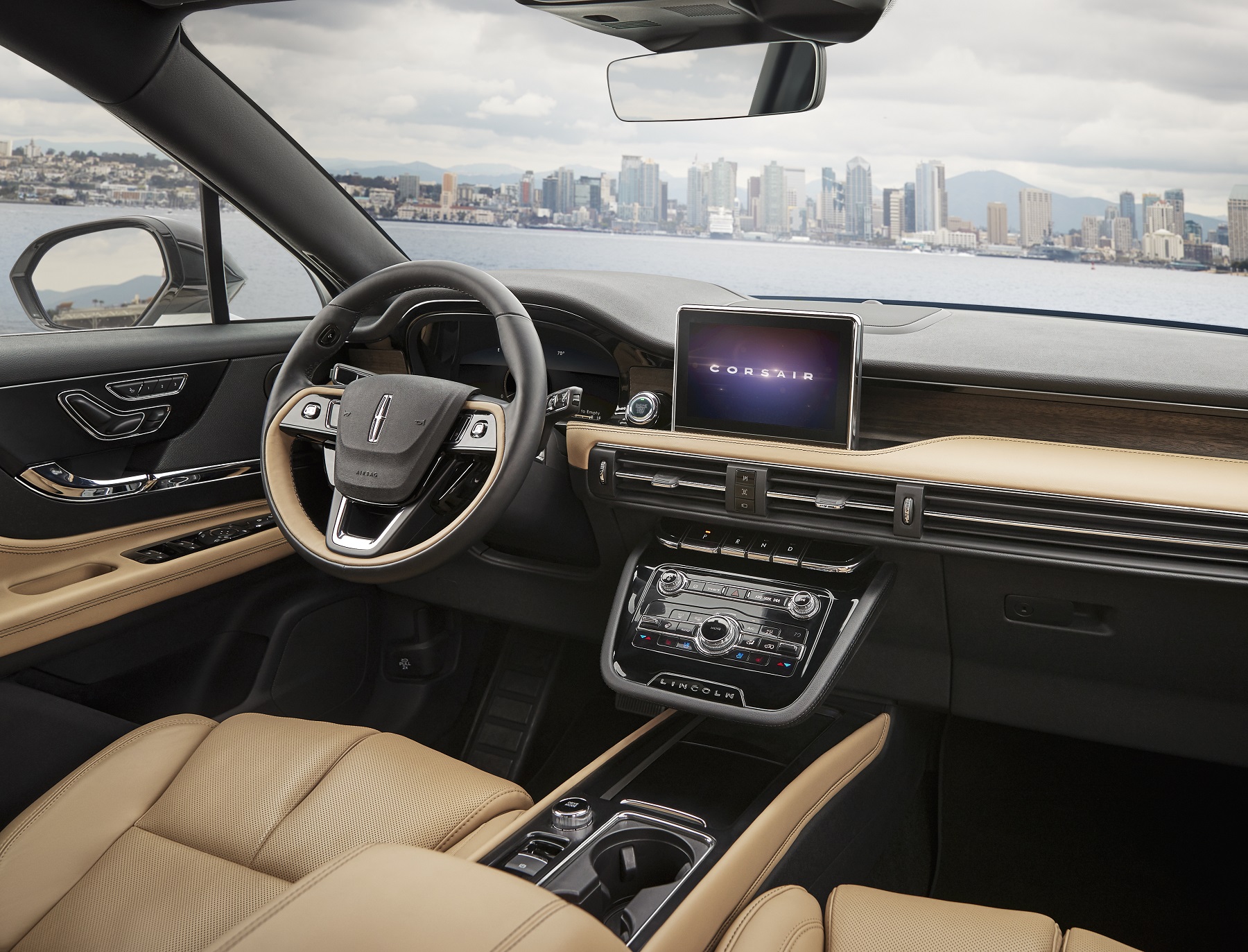 There’s also a bunch of technology including Phone As A Key where a phone app can unlock your car. Now when you lose your phone which was in a case that also doubles as a wallet, you can lose the car too.

It arrives in dealerships this fall. Pricing was not confirmed. 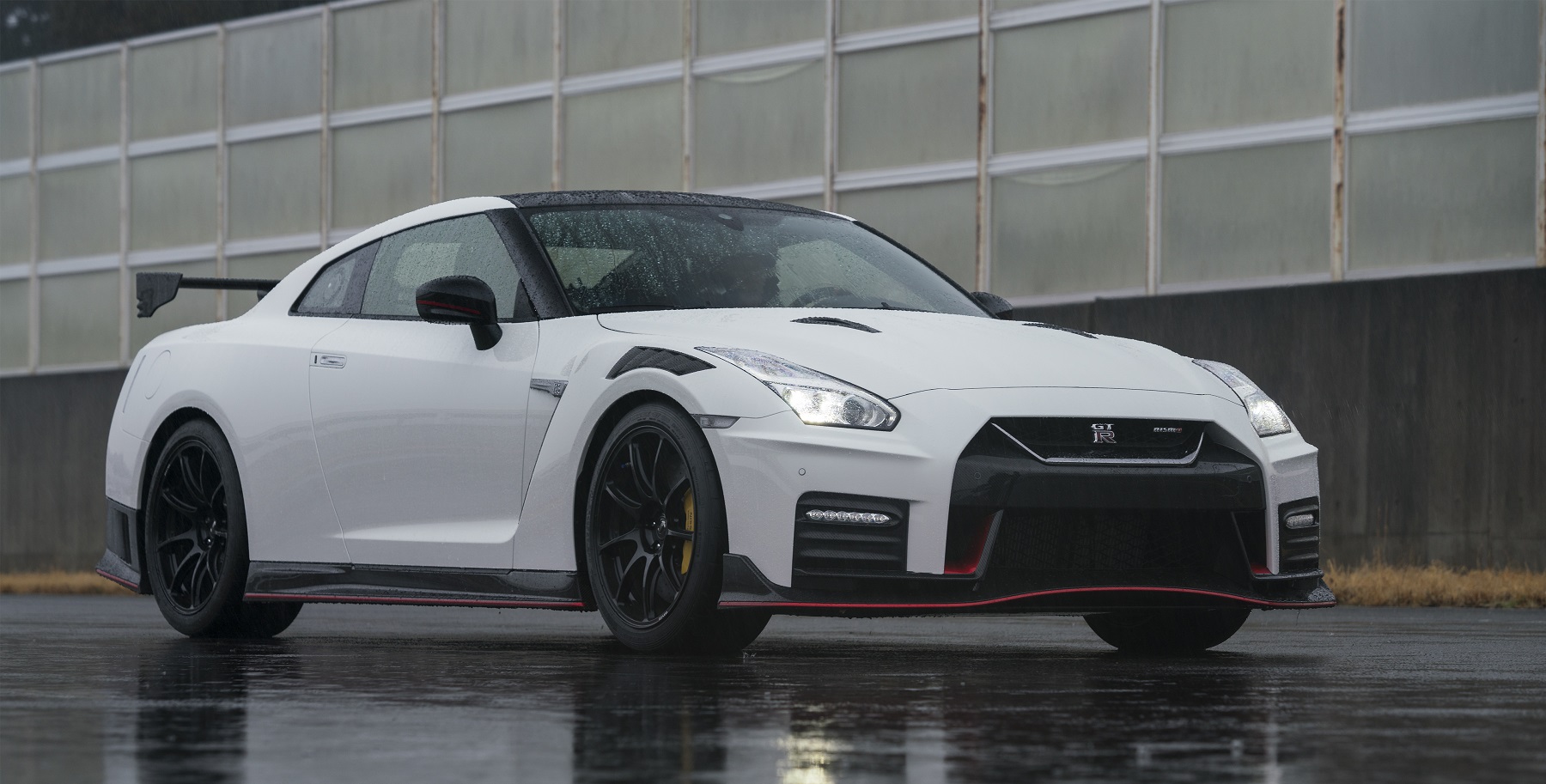 The Nissan GT-R continues its evolution with a range of upgrades to the NISMO version. It features more carbon fiber, is at least 65 pounds lighter, has more raw grip from new Dunlop tires, and offers sharper powertrain response. The easiest way to tell if it’s a new Nismo is to look at the front fenders. They’re inspired by the GT3 version and have functional scalloped vents. It also runs on new Rays forged aluminum wheels that are unique to the GT-R NISMO.

All you need to know about the new GT-R NISMO is that somehow it’s even faster now. 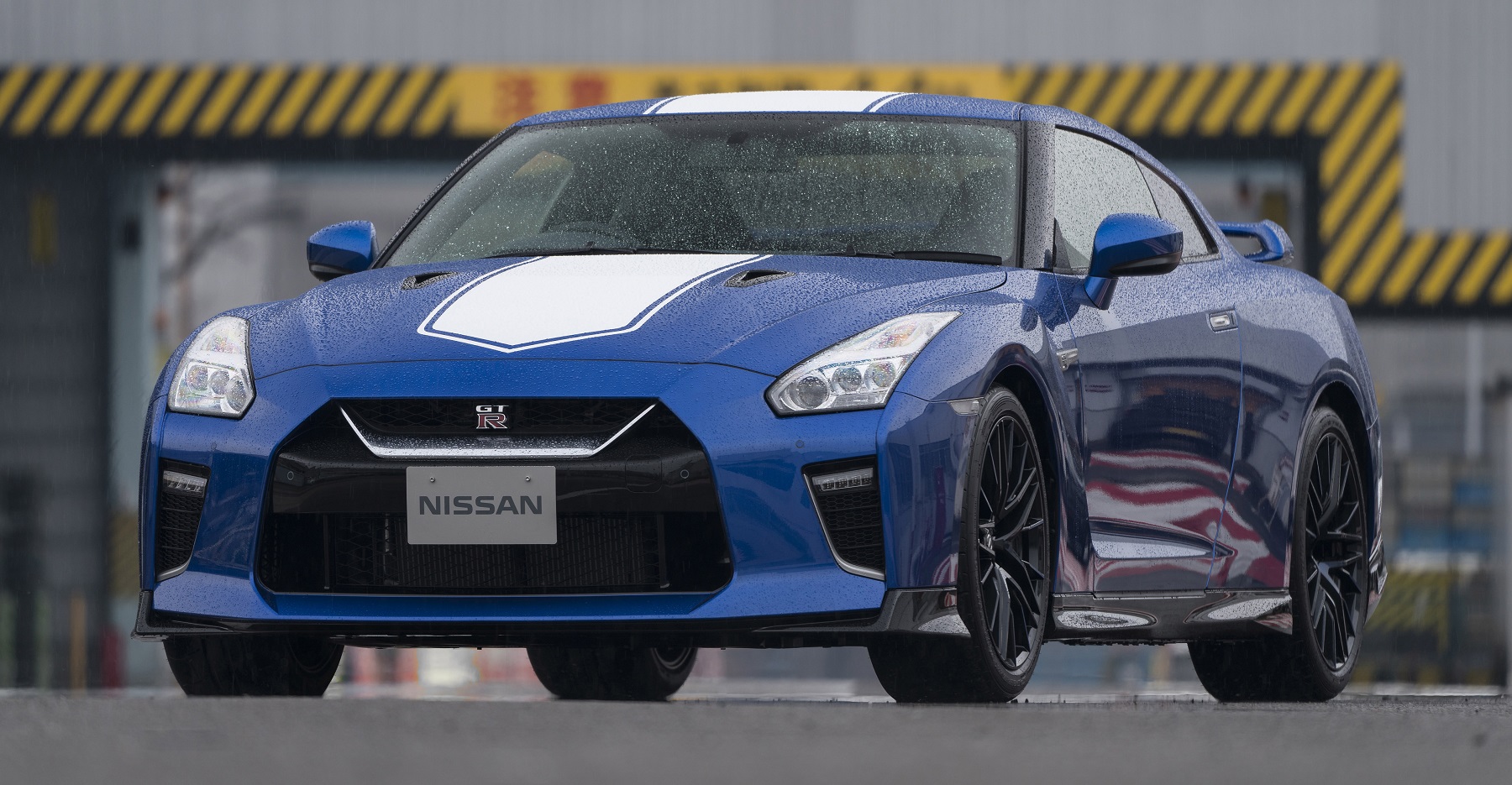 When I received a press release a few months ago indicating Nissan’s plans to celebrate 50 years of the GT-R and Z this year, I was certain it was going to be lame. I was right.

To celebrate this huge occasion, Nissan has repainted two cars which are so old that they were also around for the 40th anniversary.

To be fair to the GT-R, it’s changed considerably since it entered production in 2007 and it still kicks ass today. But for its 50th anniversary all it receives is special paint and other little touches that I’m too bored to talk about. The 370Z, which has hardly changed at all since 2009, gets cooler special paint. It’s a BRE throwback that can be ordered in white/red or silver/black.

And that’s all I really have to say about either of these cars. 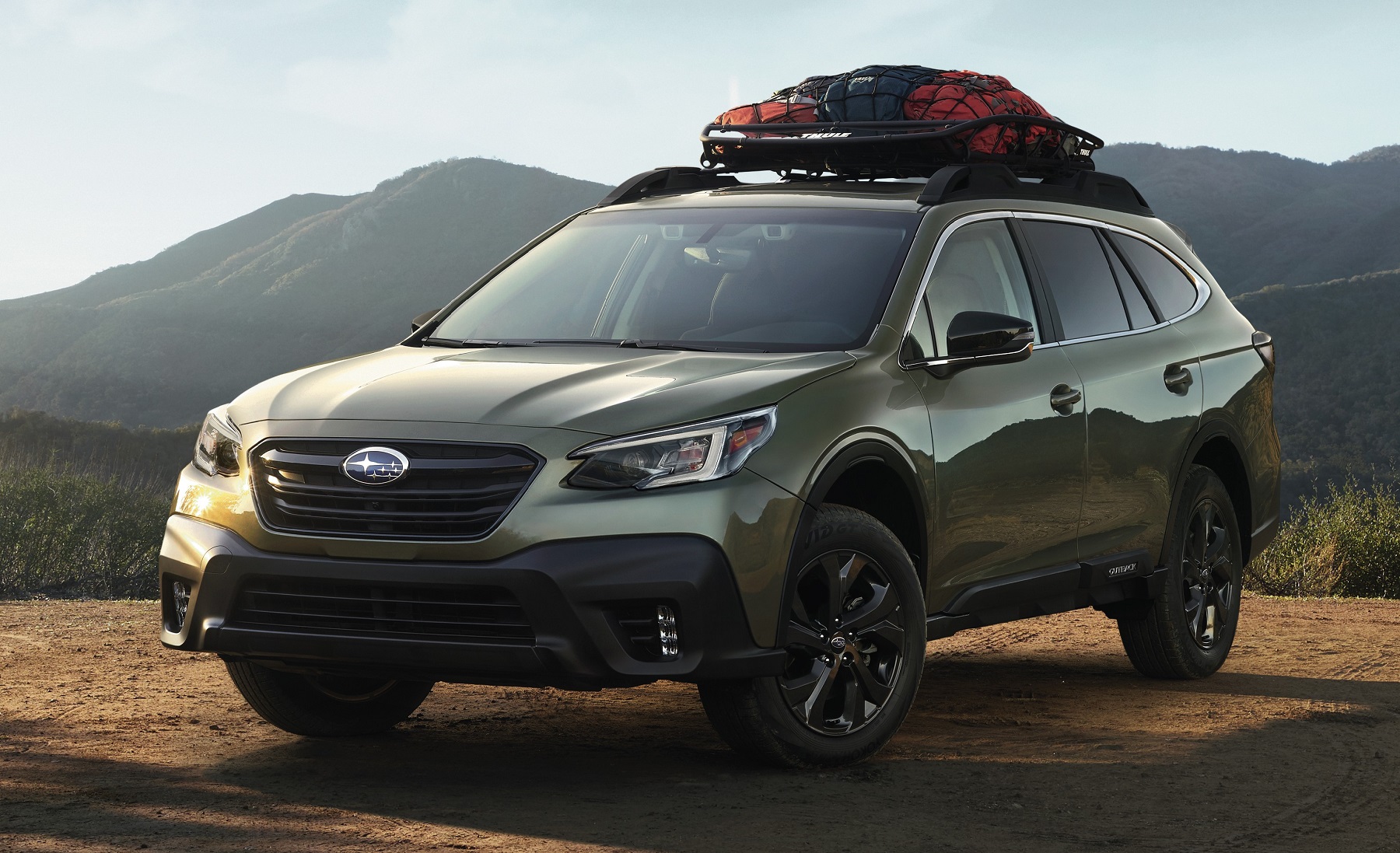 Bad news! The lightning is getting closer so I have to skim over it!

The Subaru Outback is entering its sixth generation with a slightly sharper redesign, a tad more power, and a lot more tech. But all of the soft-roading charm remains.

It’s available with two updated engines – both boxer four cylinders, one turbo. The standard 2.5-liter boxer-four delivers 182 horsepower and 176 lb.-ft. of torque. Step up to the 2.4-liter turbo model and that’s raised to 260 horsepower and 277 lb.-ft. of torque. All models are paired with a Lineartronic CVT featuring an 8-speed “manual mode” function with paddle shifters. 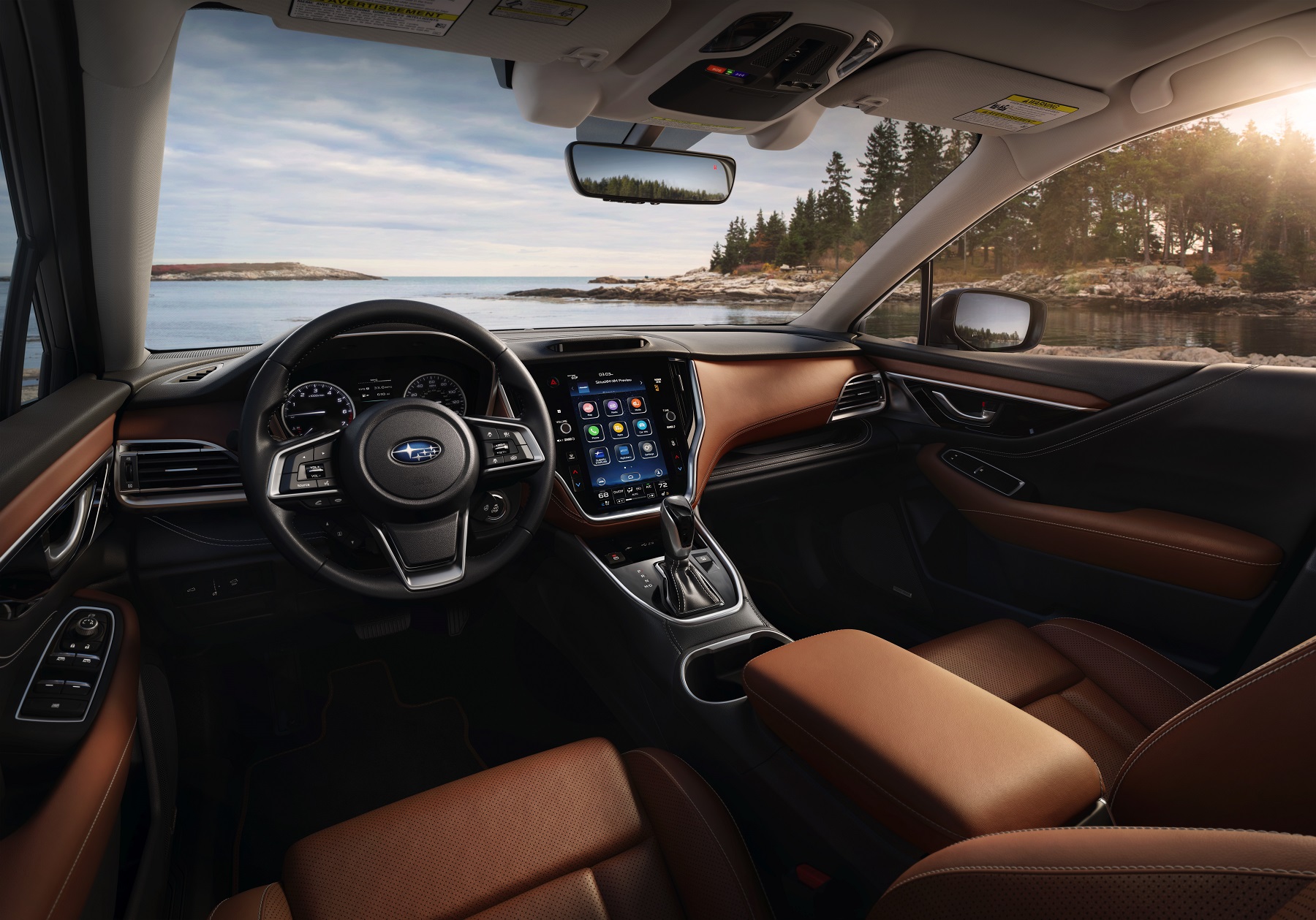 The 2.4L can tow up to 3,500 pounds, the 2.5L can go over 600 miles on a tank of gas, and all come standard with AWD and torque vectoring. With 8.7″ of ground clearance, it can go anywhere most SUVs can. Probably more, actually.

As for the tech, you can get the central infotainment screen in sizes up to 11.6″ and some fancy new premium audio system. And of course it comes with an integrated app called Chimani which is a guide to more than 400 national parks in the U.S. The only way it could get more Subaru than that is if it included a matching vape set.

There’s a new Toyota Highlander. The hybrid version is anticipating 34 MPG combined. It’s available with torque-vectoring AWD. It also kinda looks like it was just told to stop playing Fortnite and go to bed.

As always, our friends at Autoweek have the whole show covered. Check out their recap here to see what I couldn’t cover or read more into things I glanced over. There’s some good stuff but also some dumb stuff, as always.