Many of us here at the ‘Verse watched The Grand Tour’s first episode of Season 3 last week. Joel always gets the early viewing being that he lives in the future (or Australia). And the episode was fairly on point for the trio of curmudgeons from the UK. The show overall was simple: Detroit film, zero celebrity awkwardness, the Senna was fast, and it most of the familiar beats.

The best part is that the Michigan Theater is amazing!

Built in 1926, the Michigan Theater is attached to the 13-story Michigan Building. The Theater is built atop the location of Henry Ford’s workshop were his first automobiles were constructed. The workshop itself has been salvaged and relocated to the Henry Ford Museum. Not a replica, but the actual workshop was moved.

The 4,000-seat Michigan theater was originally used for showing silent films. Featuring 10-foot crystal chandeliers, a fully functional orchestra pit, and was considered “a jewel” of the middle west. One of the deficits of the theater was not having free parking available and as time passed more and more patrons headed out to the space of suburban sprawl.

In the 1970s, the theater was used to host concerts including Aerosmith, Bob Seger, David Bowie, Rush, and Blue Oyster Cult. But even those events were not bringing in enough to justify staying open. The theater couldn’t be demolished without compromising the structure of the office building attached. So, the owners gutted the facility and built a three-layer parking structure inside the theater.

The Michigan Theater is where one segment of the Grand Tour episode takes place. Jeremy, Richard, and James have a contest to see whose muscle car is the loudest. I was horrified at first because the establishing shots for this segment showed only ornate theater in disrepair. Eventually, the parking structure was revealed, so the #getoffmylawn version of me could calm down that they weren’t about to ruin a theater because the theater had already been ruined.

No spoilers from me on whose car was the loudest in the theater. It wasn’t who I expected.

But I enjoyed this episode. Not because of Jeremy’s orangutan-ness, but because they showed us a place that many have never seen or heard of before. Heck, Jalopnik wrote a post about it in 2010 and we still don’t remember it.

Now for the cost of parking, we all can do some urban exploring of this place. 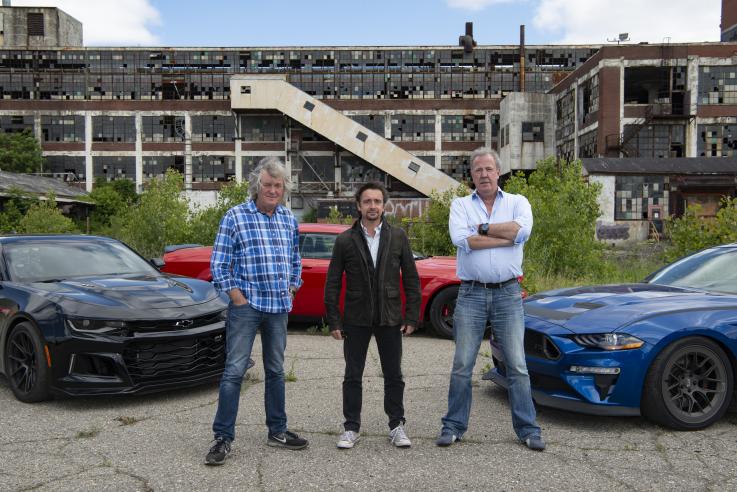