This month we catch up on what your three hosts have been up to. Eric’s been testing a new Royal Enfield 650 Continental GT. Meanwhile, Pete and Garrett have been busy in their workshops. It seems that everyone else has been, too — we discuss the current shortage of used parts and used bikes, thanks to most Americans having nothing better to do with their time. Also, Garrett sold his FZ1 and bought something, um, surprising.

Here’s a link to the Daily Rider RZ350 test ride we talk about:
Last of the Two-Strokes! 1985 Yamaha RZ350 Review | Daily Rider

Please rate and review us on iTunes. 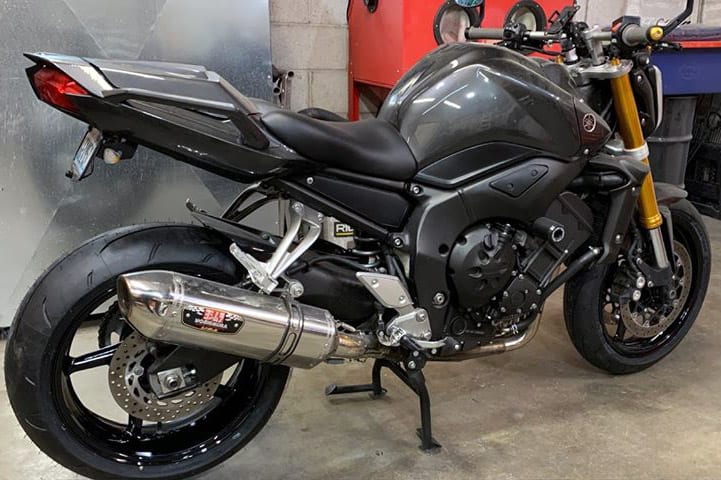 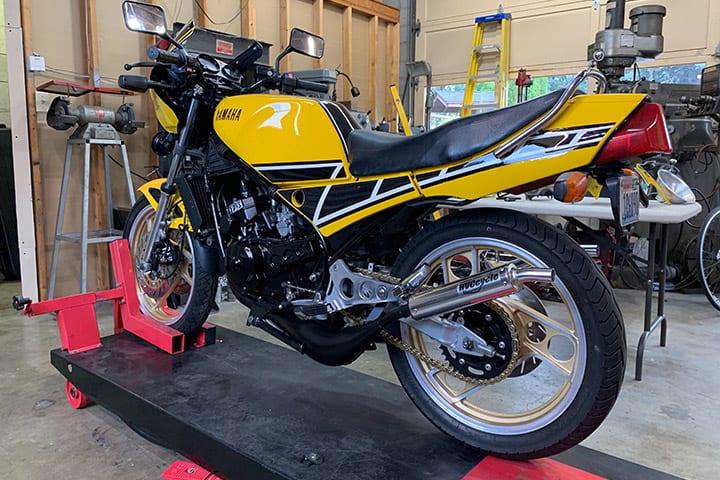 An archive photo of Garrett’s RZ350 (the nice one). 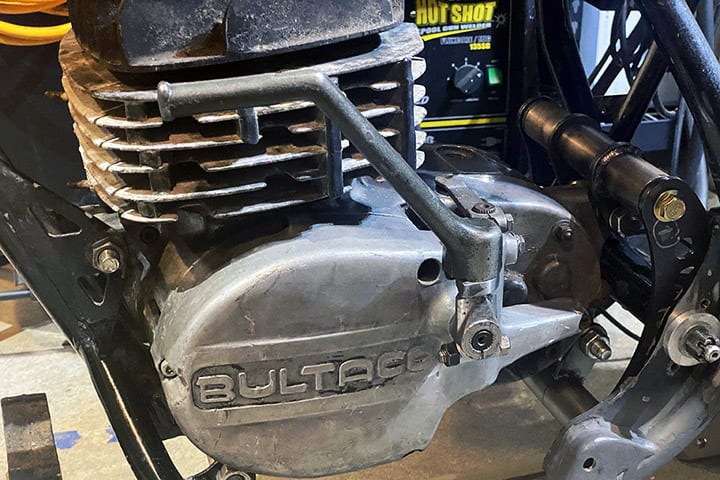 Pete’s hybrid kickstarter, pressed together but not yet welded. 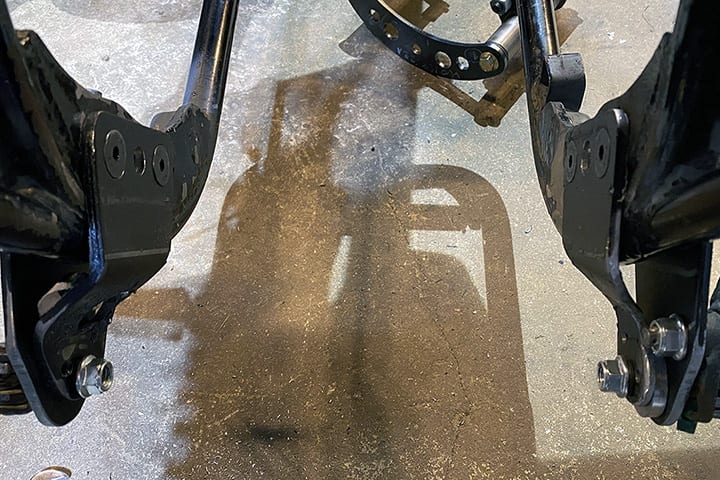 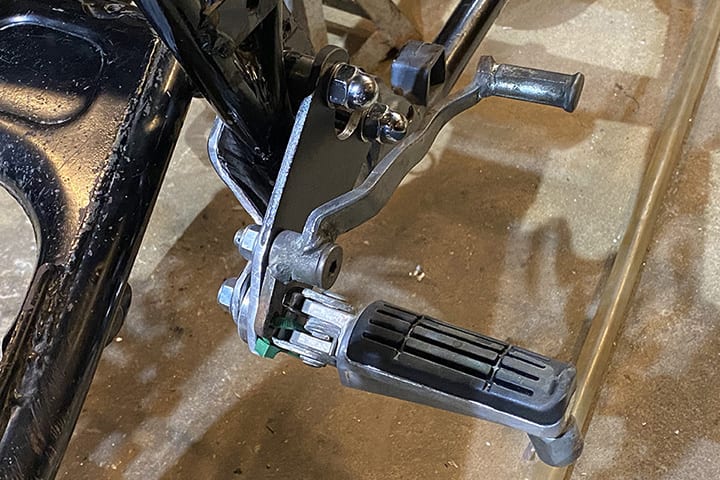 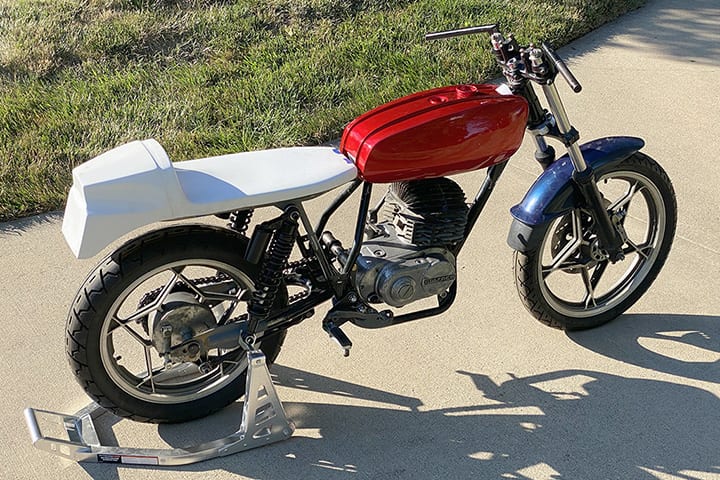 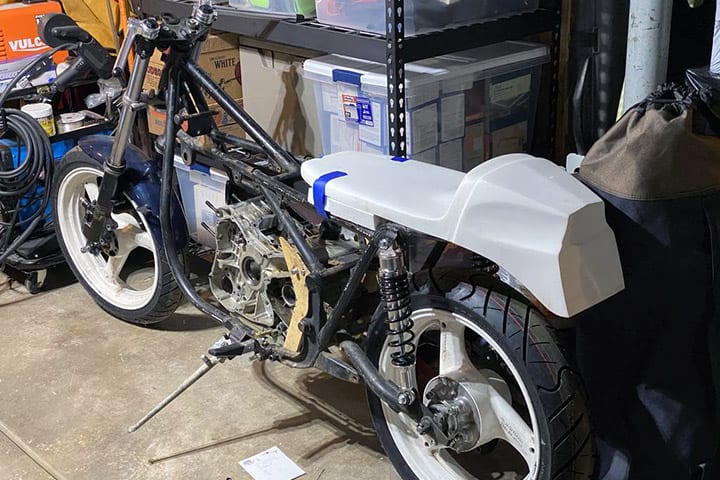 The Airtech Reed-Titan seat on the Aermacchi. 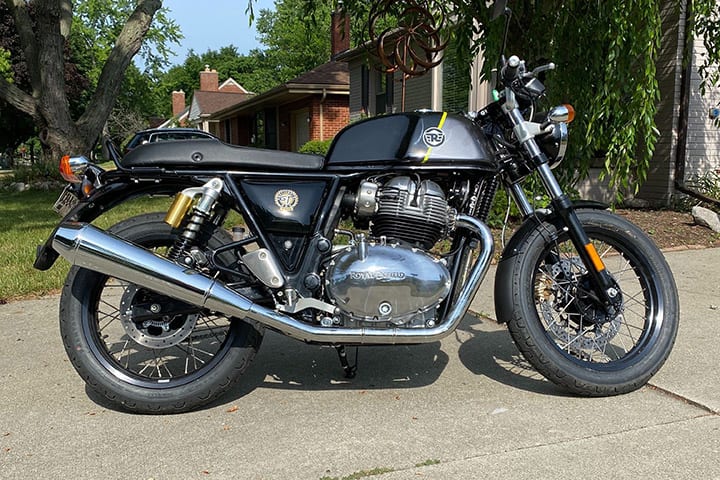 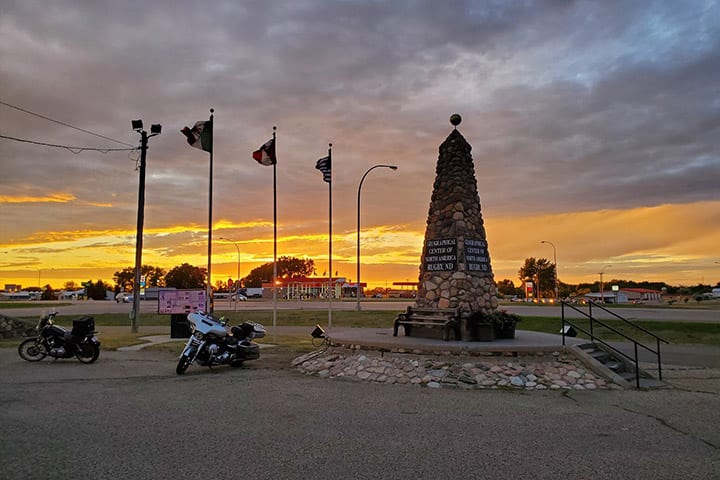 Sundown on the Summer Solstice in Rugby, ND, without a Smackdab group photo.