A lot of industrial or transportation designers consider their concept renderings “wallpaper.” As a result, a lot of conceptual images or sketches are lost to time, stuffed in a portfolio somewhere. Luckily for us, the Cooper Hewitt Museum (a part of the Smithsonian) has a great collection of some of these sorts of Images online. I’ll link to where you can search through them at the end of the post, but here are a few preview images for you to look at that I dug up myself. 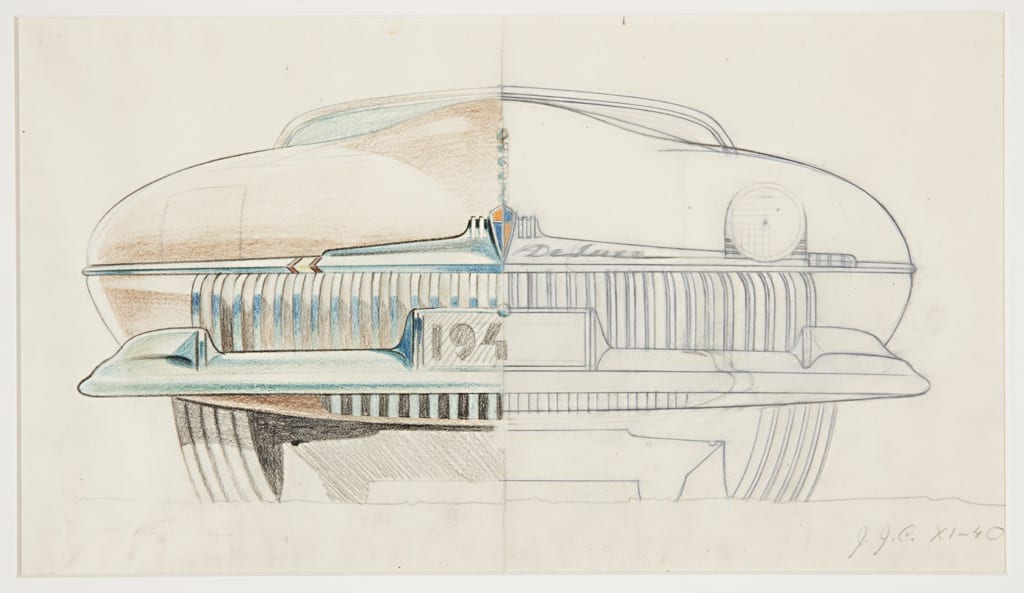 This one above is a concept for the hood of a Desoto done in the pre-war years. Desoto was one of Chrysler’s luxury brands that became defunct in the early sixties. They made some really cool stuff, and this concept by John Chilka is no exception. It appears to be an early rendering of a 1942 Desoto Custom. A model that was made for only a year, (US automakers shifted to war production shortly after the car was produced) it was the first vehicle to have electrically-operated headlight covers. Any car with electric pop-up headlights has this design to thank for it. 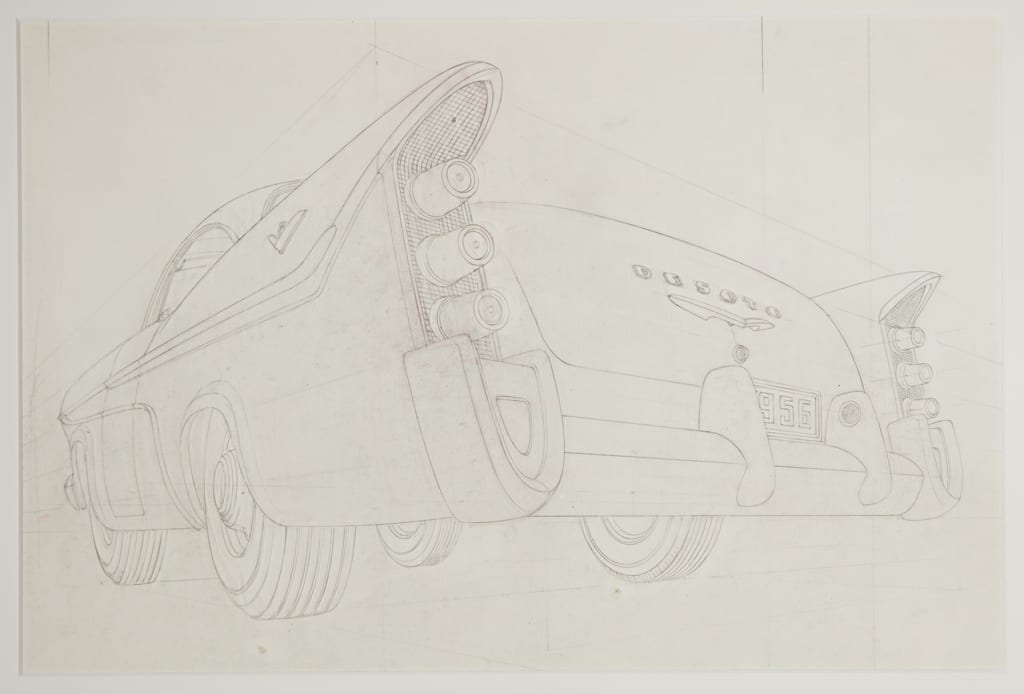 Here’s another great one–also from John Chilka–from the mid-fifties (1956). All of this was done by hand. The perspective is really incredible. As somebody who has been in the presence of people who can do work like this, it’s absolutely amazing to see something this detailed. I believe it’s a rendering of a Desoto Firedome from 1956.

These are really cool cars: 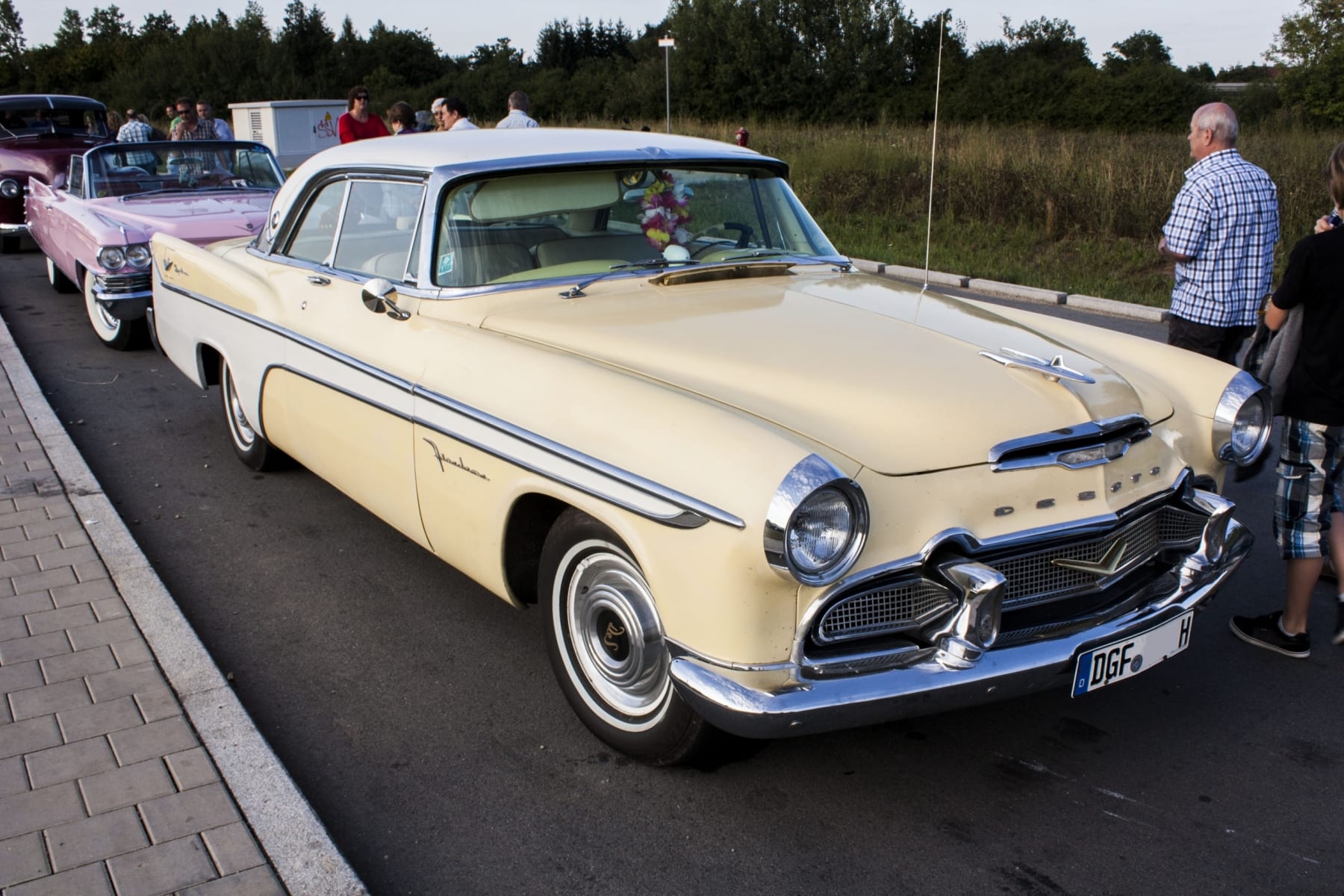 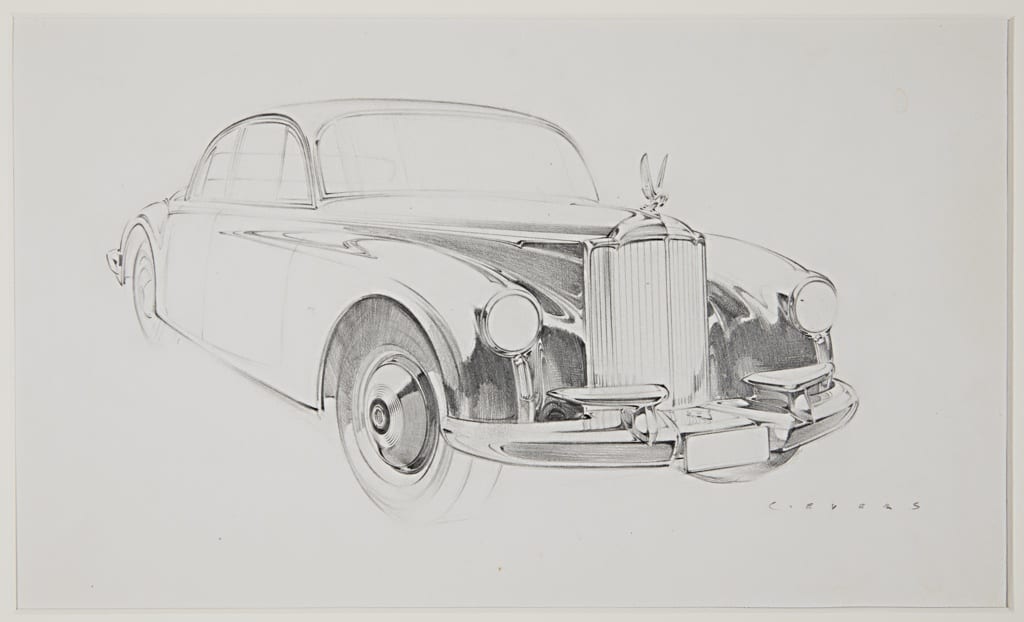 Here’s one from Packard. More specifically, from Carl Evers. This appears to have been done entirely with various hardness of pencil, which is incredible. Look at the highlights on the chrome bumpers and hubcaps. I’m not sure what sort of Packard this concept is supposed to represent. It looks similar to a pre-war Clipper sedan, maybe something from 1942. Looks later than the one I stumbled across in Philly a few months ago. There’s a rendering of the rear of this car on the Smithsonian’s website as well.

Speaking of which, here’s that link. This is just to search the Cooper Hewitt’s archives (they have the most interesting car-related stuff). Here’s a link to search the entire Smithsonian archives if you’re feeling a little spicy.

I also suggest you go to the Cooper Hewitt in New York City when this whole global pandemic business blows over. They have some great stuff.