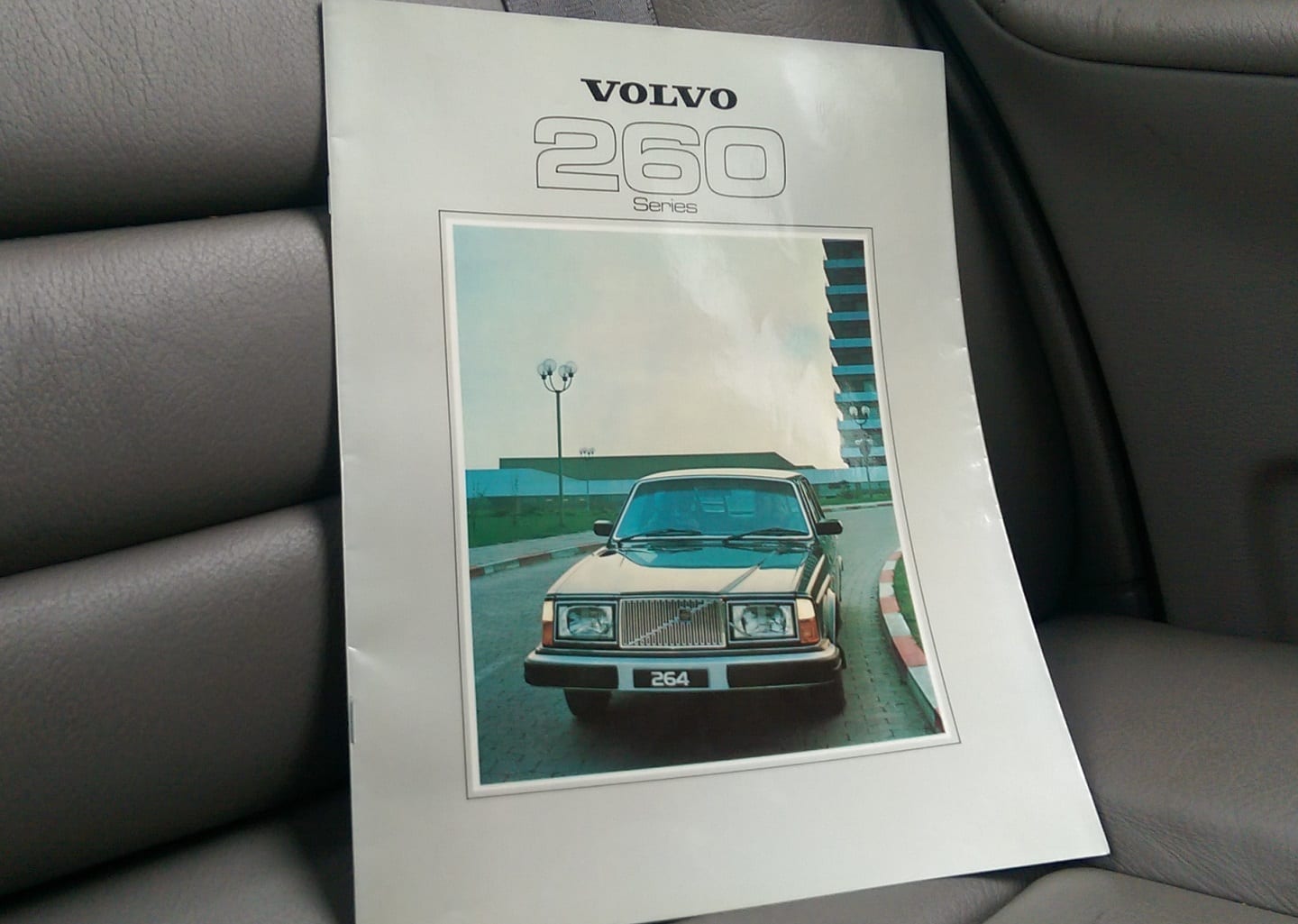 As we put another tiring, prickly week behind us, let’s take a quick break from all that is new and surprising in the world and relax with something old and familar. Join me  as I squint at today’s ever so slightly out of focus document from The Carchive. After last week’s look at a Triumph of British engineering, we’re heading across the North Sea and making land in Sweden, with a printed look at 1979’s Volvo 260 range.

“The “VOLVO VIRTUES”- Quality, reliability and safety- are world renowned. The Volvo 260 series cars embody all these virtues whilst offering unrivalled standard luxury specifications” Of the two most famous Swedish car makers, Volvo and Saab were cut from the same cloth. Both were equally Scandinavian in their stubborn refusal to move from their own, proven ways of doing things, it’s just that Saab were generally a little more trippy and psychedelic in their approach. It was probably the 100 and its descendent the 200 series which earned the company’s reputation for building the boxiest of bricks on wheels, a rep which was galvanised by the 700 which was squarer than an actual square. 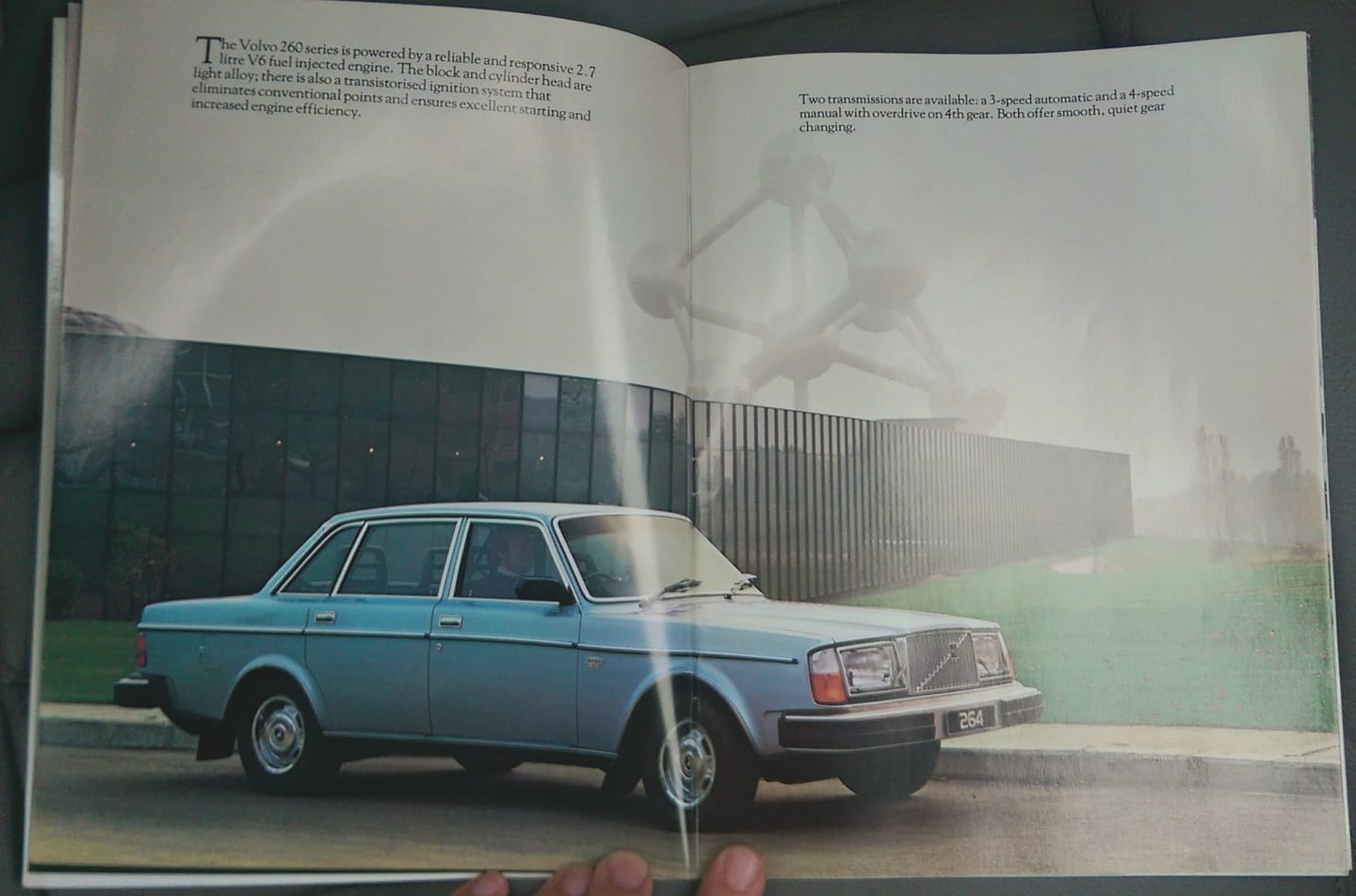 This brochure is actually a fairly recent induction to The Carchive, bought from eBay on the strength of its cover alone, and a sense of hope as to what it contained. I was filled with glee, then, when I found it to document the entirety of the 260 range at a time when it was more diverse than ever before. Nigh on five decades after this shape went on sale, the fitness-for purpose and integrity of design in the 260 becomes ever more refreshing to look at. Though there are seemingly no concessions to “style” as such, the whole is enduring in the same way as the IKEA Billy bookcase. Things are the same inside, with logic and ease-of-use being the core design objectives. I reckon it’s only familiarity and association that has caused the interior to date, but then a Cheddar cheese sandwich is pretty unimaginative but will never be any the less delicious for that. 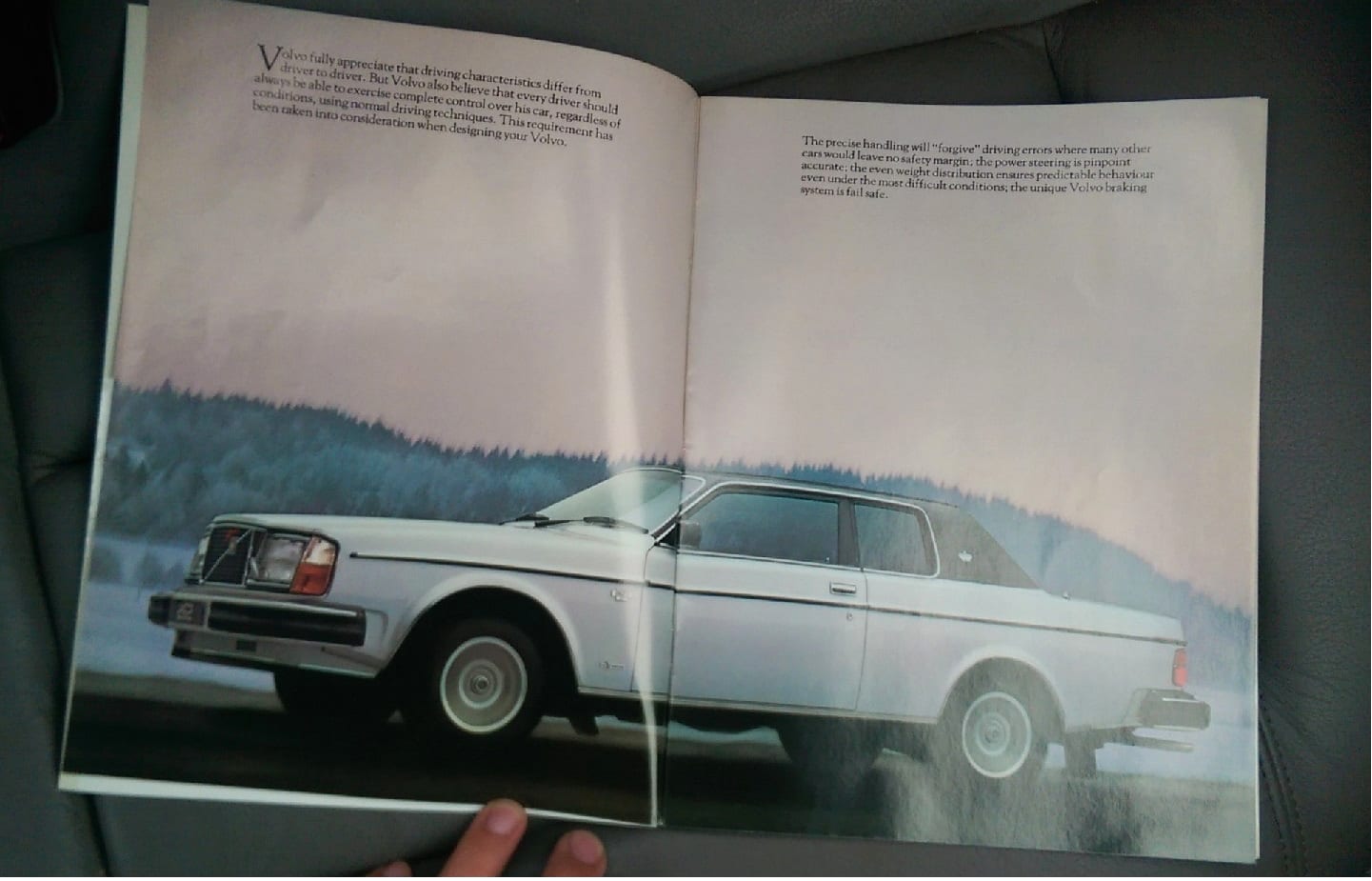 “There will be less than two hundred 262 coupés built for the UK this year…..offering exclusive styling and finish” On the basis of all this sensibleness, the Bertone-built (but Volvo designed) 262c was a wholly unexpected arrival, with its wildly raked windscreen and a wheelhouse that seemed completely at odds with the rest of the hull. Totally distinctive, though, and with more than enough upmarket interior touches to cement its position at the top of the 260 tree. “The Volvo 260 series is powered by a reliable and responsive 2.7 litre V6 fuel injected engine. The block and the cylinder head are light alloy; there is also a transisoried ignition system that eliminates conventional points and ensures excellent starting and increased engine efficiency” Mechanically, the six-cylinder 260 series was, ironically, at a disadvantage compared to its technically “lesser” 240 sisters. The B20 four and its evolutions were sidelined in favour of the legendary PRV V6, 2.7 litres big and 148hp strong in this application. It was the pursuit of prestige that saw this engine being adopted by Malmo, and just a few years later the six cylinder 200 models would be displaced by the 700, a car with North American sales as its primary target. Meanwhile the hardy, proven 240 survived until the early 90s, for some people the ultimate expression of Volvonese. 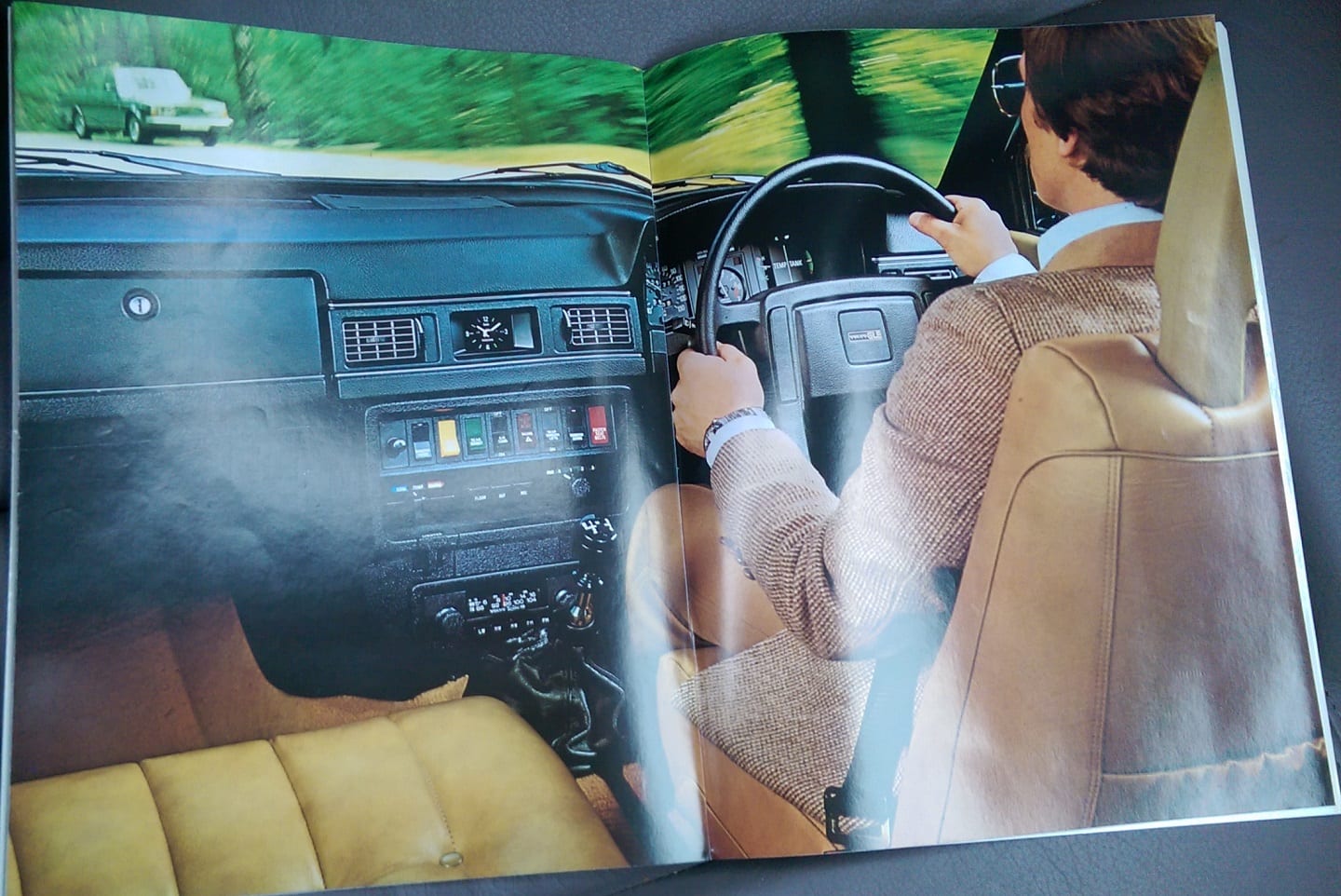 “The latest figures from the Swedish Motor Vehicle testing Authority indicate that the life expectancy of a Volvo is 16.7 years. This is longer than any other car” Sadly, 16.7 years after this brochure was published I’ll wager that, in proportion to those actually sold, the attrition rate of the PRV was rather hiher than the B20 powered machines. Simplicity and ease or cheapness of maintenance are key to the survival of a car when it depreciates to a certain level. Today, Volvo’s reputation for boxiness has been left behind somewhat, which is probably a good thing. Unfortunately, for any of us who might consider home maintenance of a current S6o in 16.7 years time, the time of the simple Volvo is well and truly in the past. (All images are of original manufacturer publicity material, photographed by me in very poor light in the back of my car during lunchbreak. Copyright remains property of Volvo. Worrying, isn’t it, that future generations might not know what a TurboBrick is)