What we call “Eastern Europe” today has a long and proud tradition of car production. WW2 and the following Communist Accident stopped them from continuing to develop and fight for innovation neck to neck with other European companies who, eventually, became global behemoths. But car museums in the industrial part of Central Europe – Southern Poland, the Czech Republic and Slovakia – will give an insight into a car world long lost. This three part series will show the Museum of Technology’s car collection in Brno, CZ, the car museum in Szczecin, Poland, and a walkaround of the fabulous Tatra works museum in Kopřivnice at the border of these three countries. There will be a cherry on top at the very end.

First off, let’s grab @mdharrell’s attention. The EMA 1 (above and below) is a Czech attempt at making a little, weird, electric car, as was all the rage in the early ’70s. Big windows and an overall pleasant, yet conservative look, make this one a pretty neat contribution. Two electric motors could get you up to 50 kph, with a range optimistically pegged at 120 km. Watch it hump along Brno traffic among Tatras, Škodas and GAZes in this period video.

The timing and design of this electric vehicle show that Czech engineers were following trends just like everyone else in the business. Yet, a lot of somewhat modern looking, good ideas in the form of prototypes are a recurring theme in these museums. State resources would very rarely be spend on retooling car factories – so these prototypes went straight to sheds and, occasionally, museums, but wouldn’t make production. 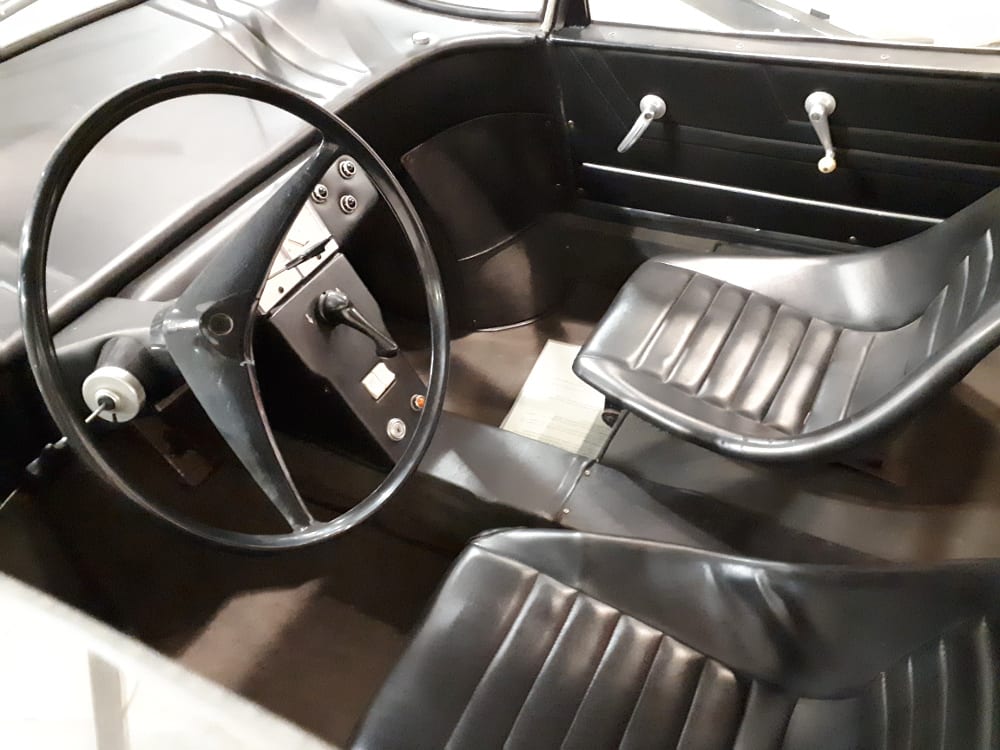 A great example is the Škoda wagon, the 764 and 1977 765 on display here. Again, a car that would have made sense at the time, with most manufacturers willing to build a sedan, a coupé and a wagon of the same model designation. Oddly, while the wagon never was greenlit, Škoda always capitalized on the racing pedigree of its “Rapid”-coupés. They were a decent sales success in Western countries, even though UK authorities forced the Czechs to retune the unpredictable chassis of their rear engined little sports car with its massive 1200cc engine. Today, Škoda offers a Rapid again, even though it’s no longer a little sports car, as everything Škoda does today is dictated to be very sensible by their Volkswagen overlords. 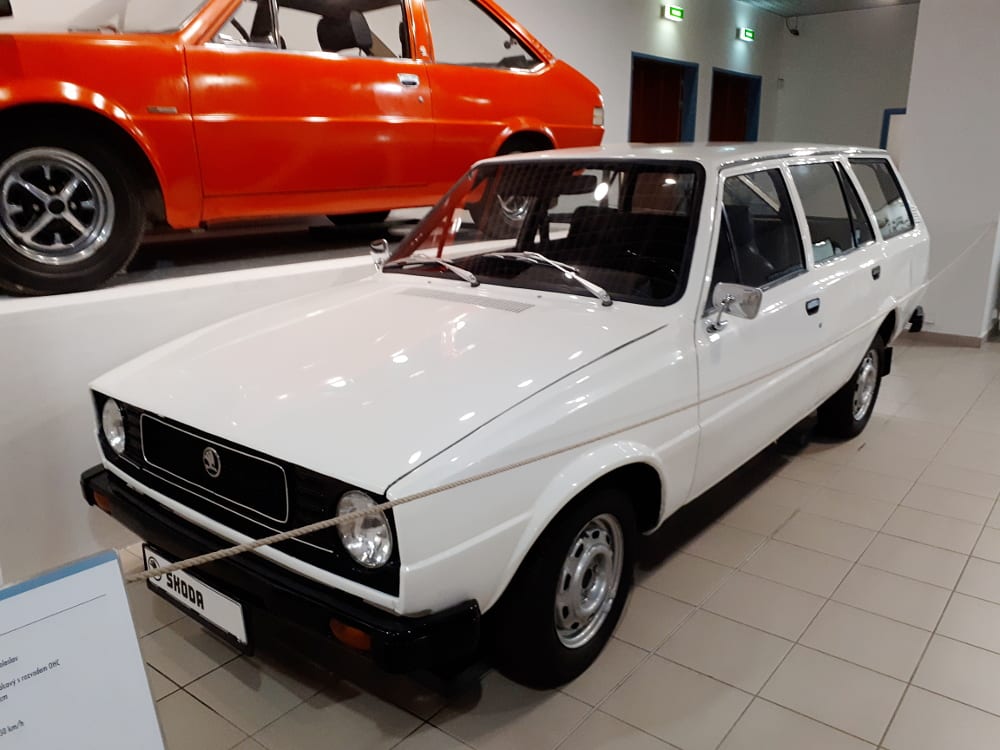 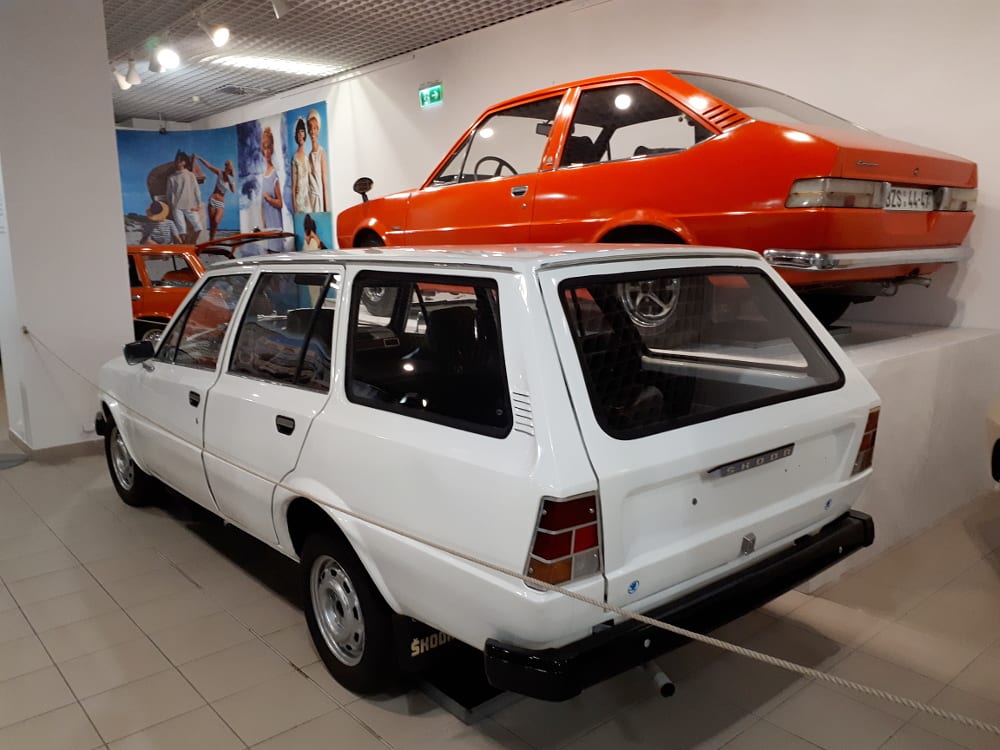 The 1971 Škoda 720 was an attempt at updating the Rapid, together with the entire line, that never made it. This particular prototype has a familiar front, and a more angular backend than we are used to: 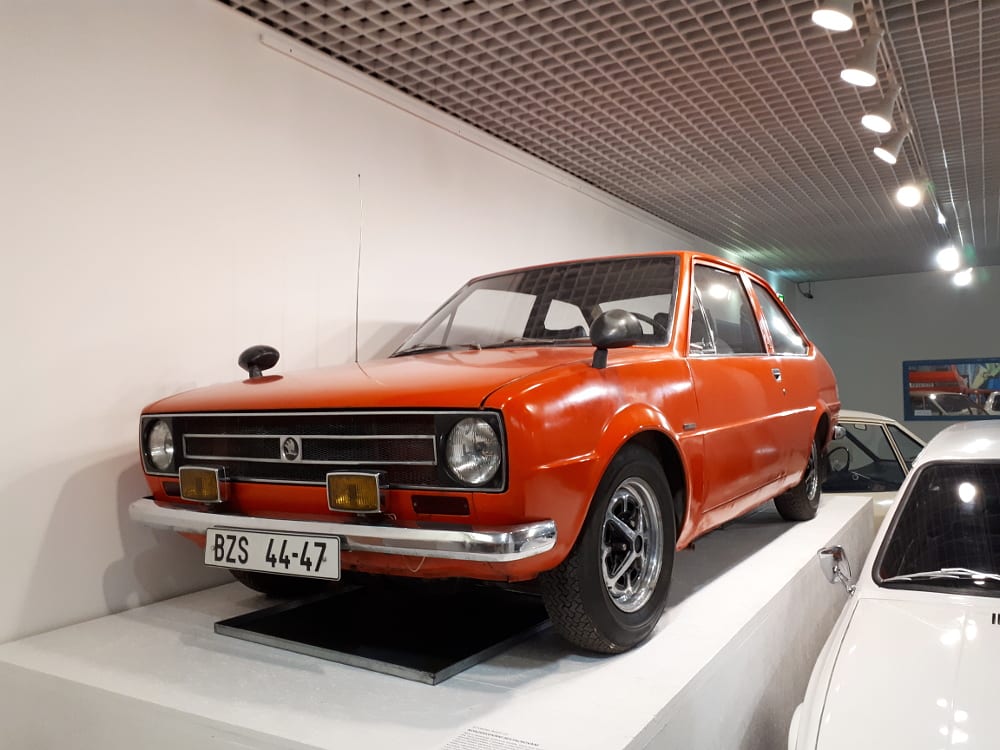 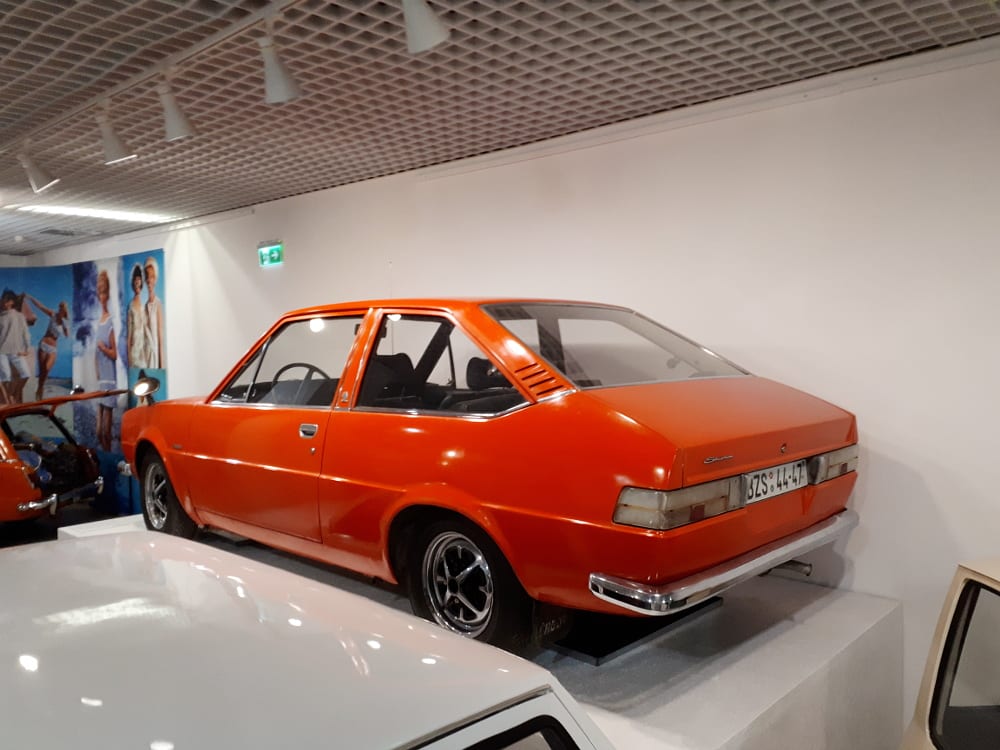 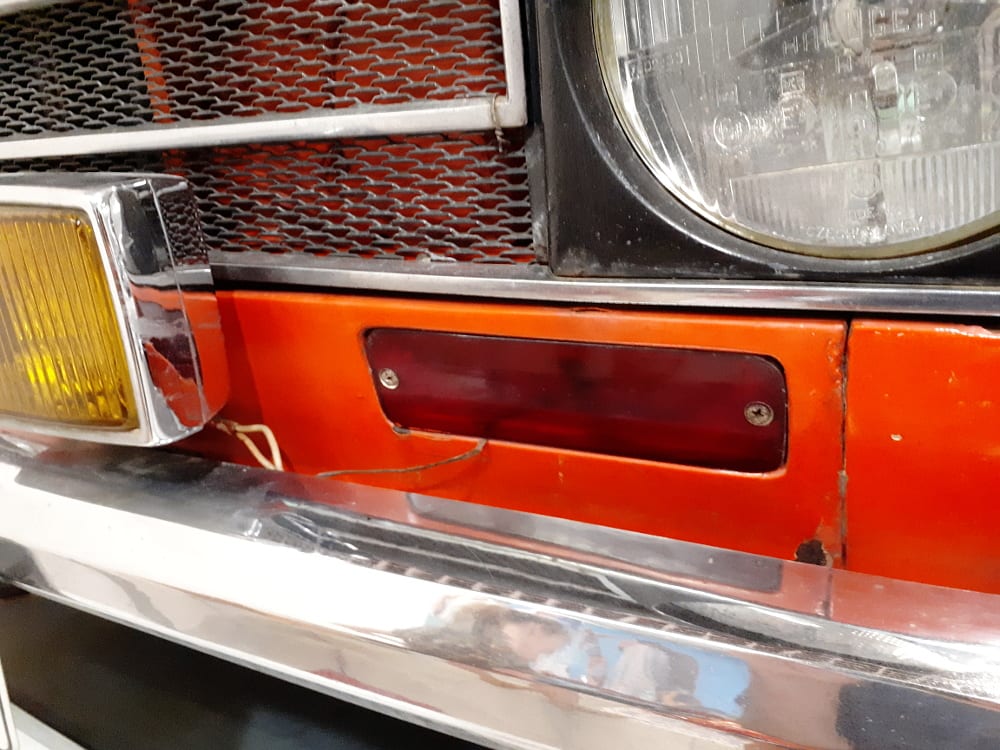 A sleek first ponton bodied car of the region was the Škoda 1200 sedan, made for only four years from 1952-1956. 36 hp doesn’t sound like much, but it’s full of awesome details, like these door handles that remind us of American upstarts ambitions of aerodynamic integration: 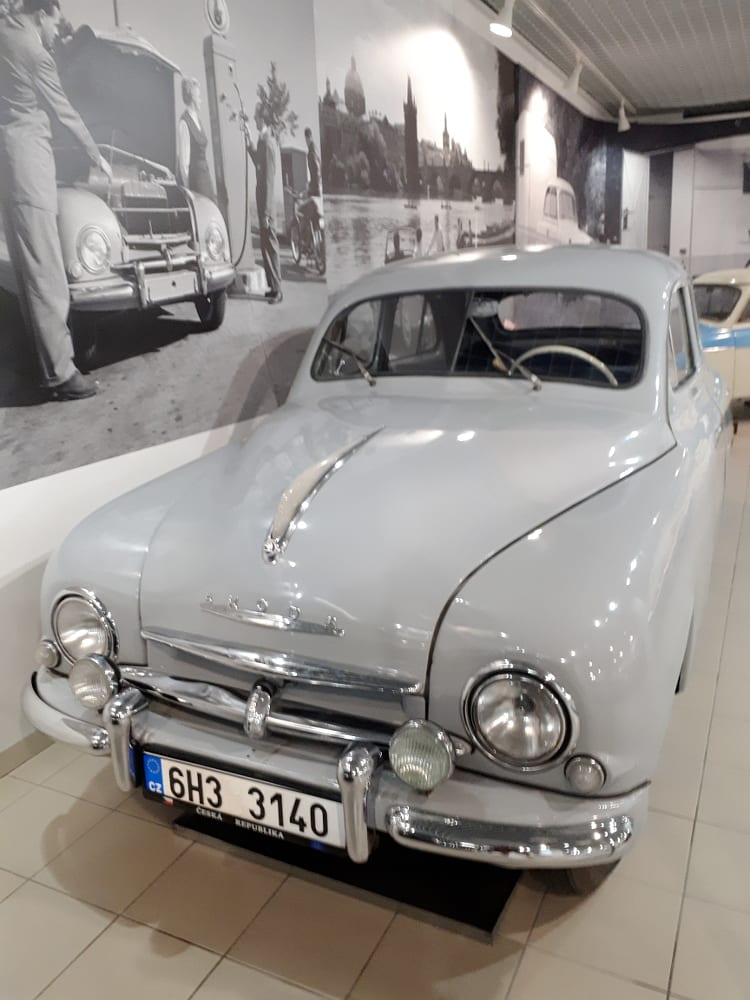 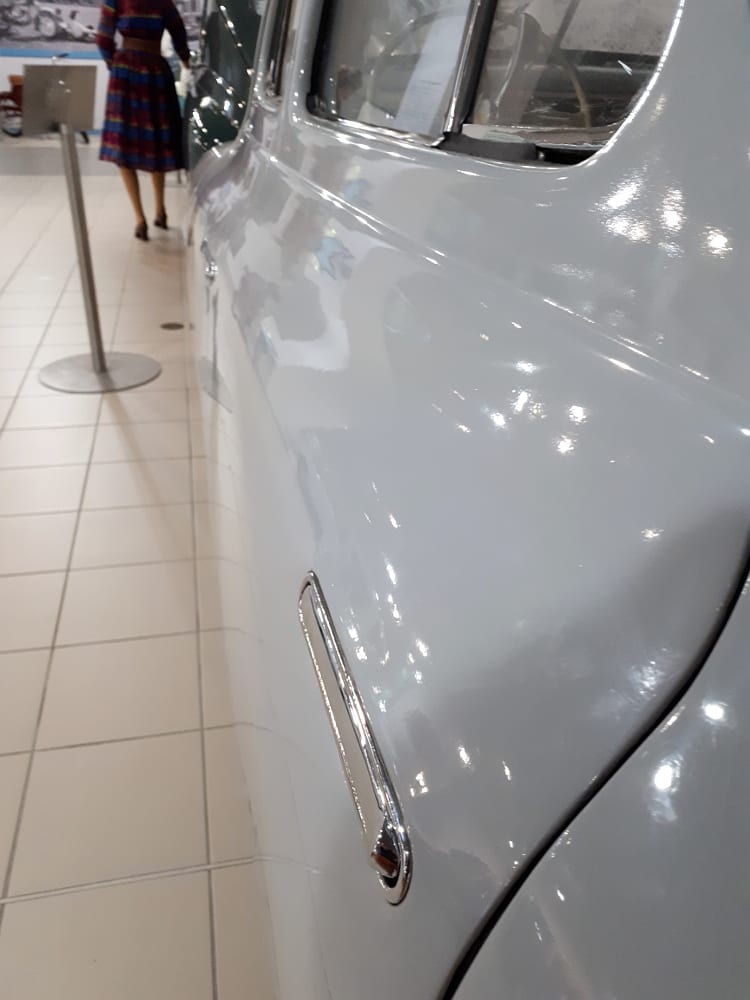 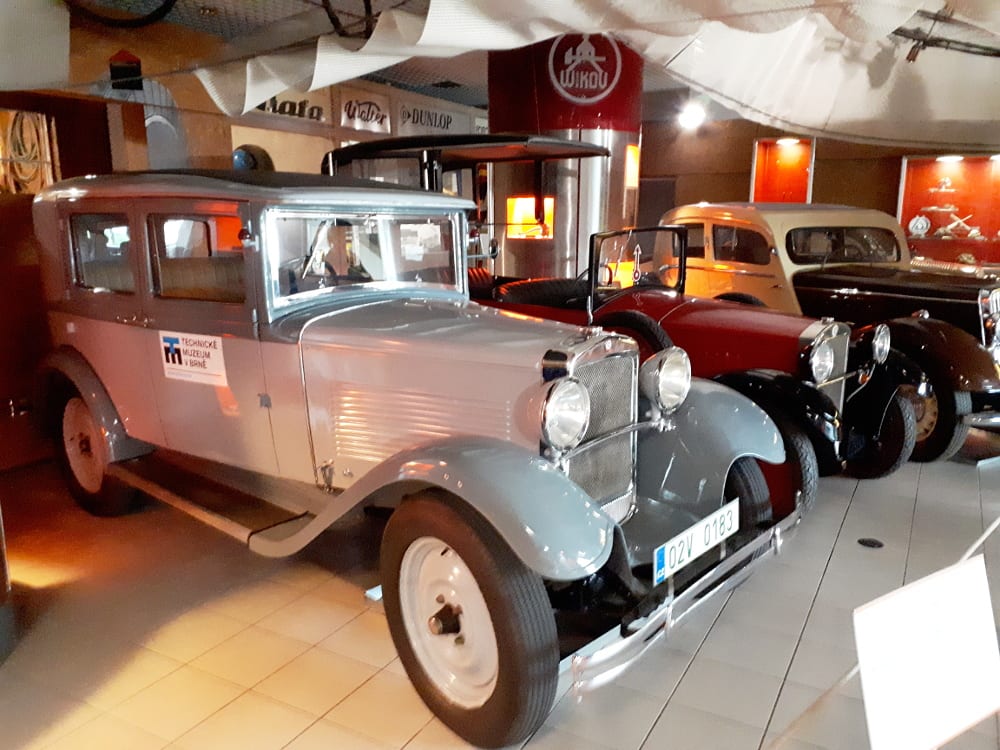 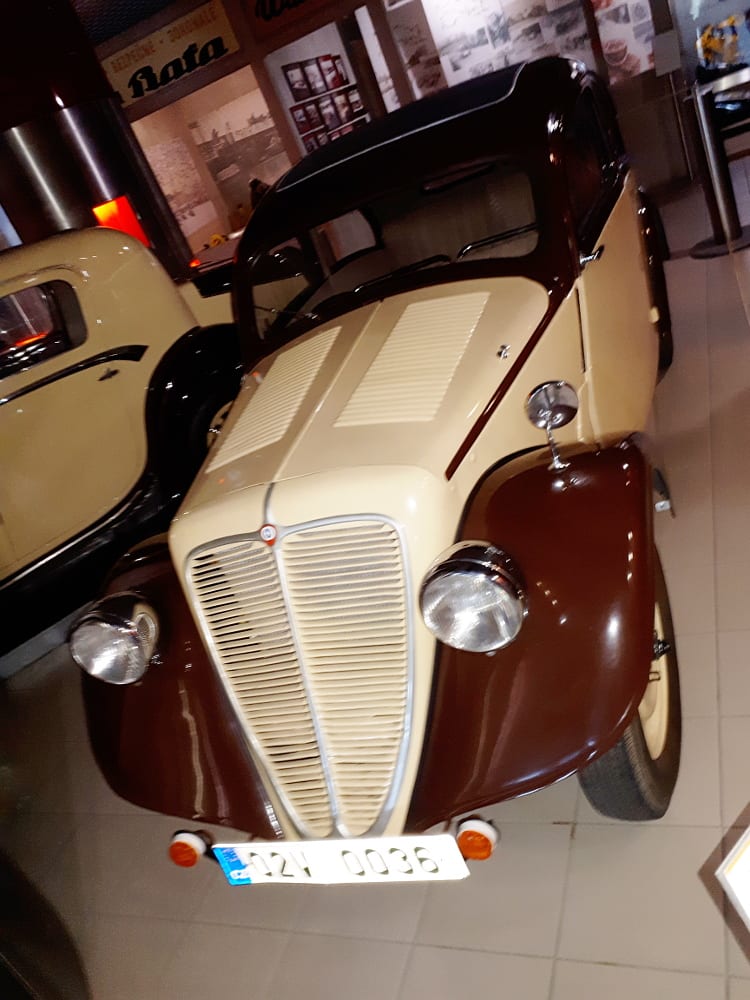 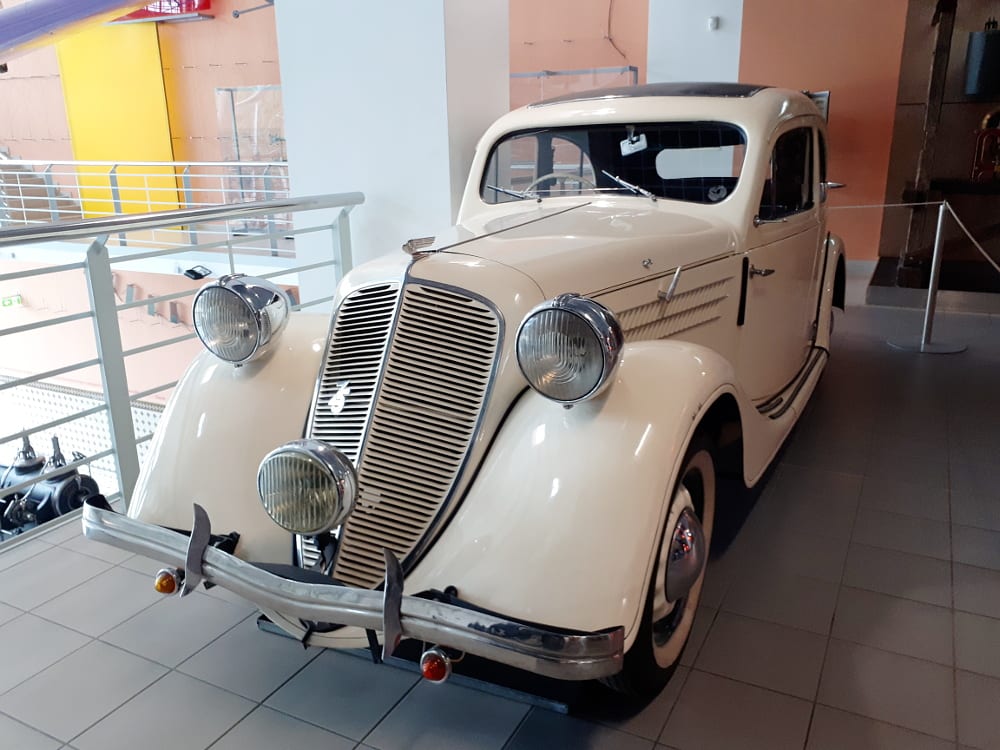 Brno though is best known for its motorcycle racing history and the museum owns the oldest Kohout bicycle known to exist. Unfortunately, all these photos were even more borked than the Zbrojovka photos above. 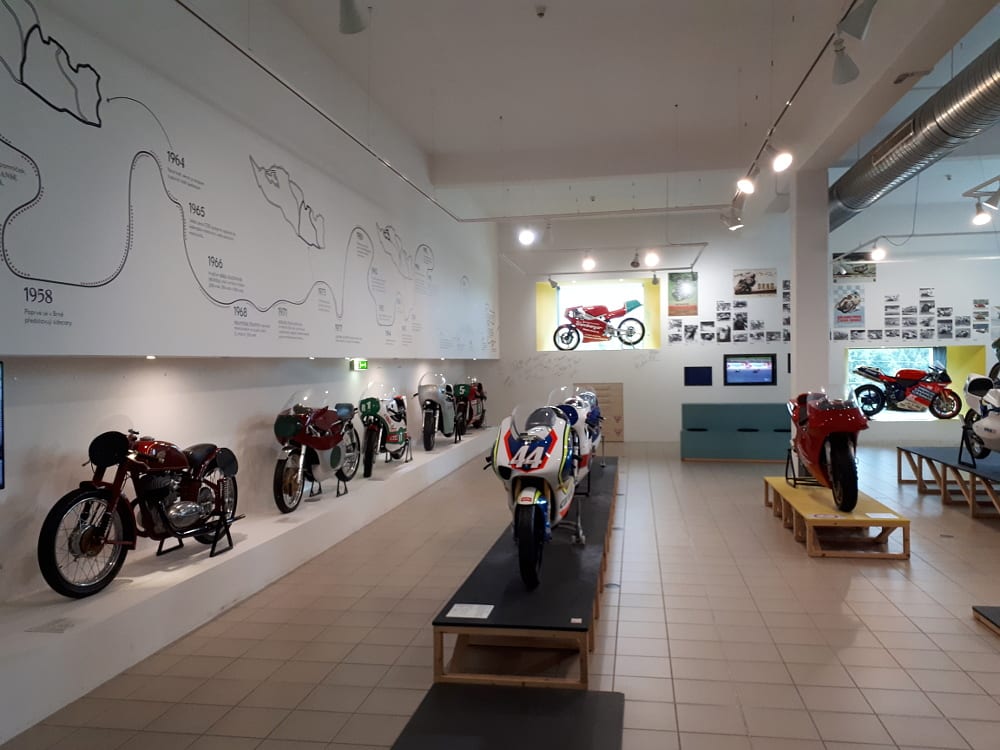 A Trabant 600 – predecessor to the famous, ubiquitous 601 – is among the foreign exhibits. The museum shows planes and helicopters, as well as plane engines of all sorts and working power plant steam engines that are very neat to watch, too. 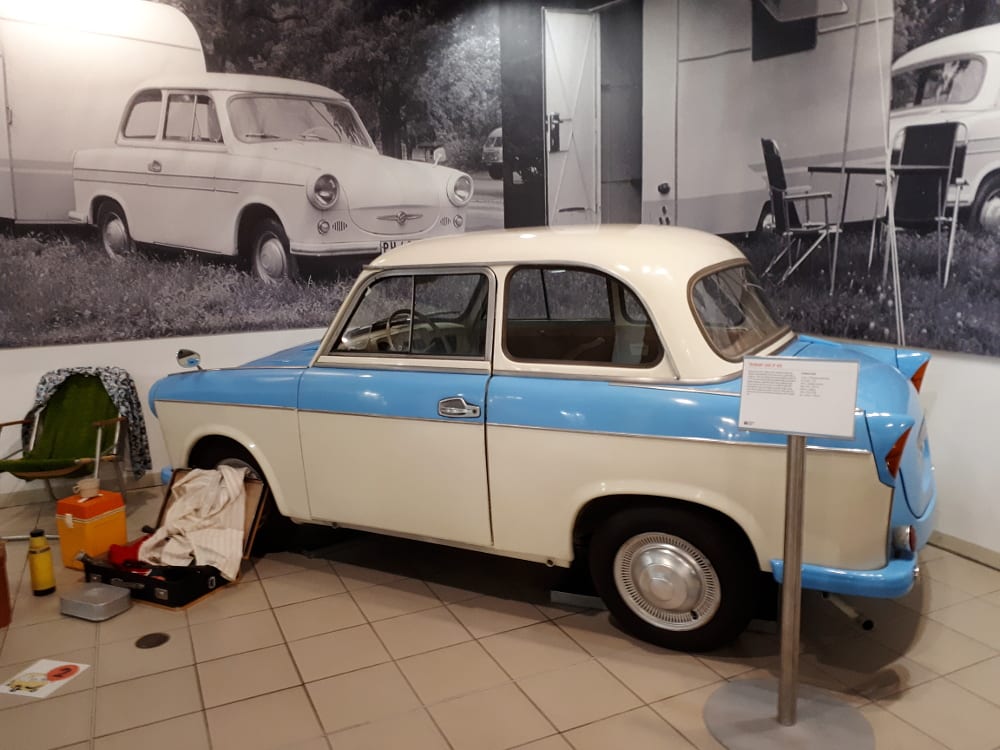 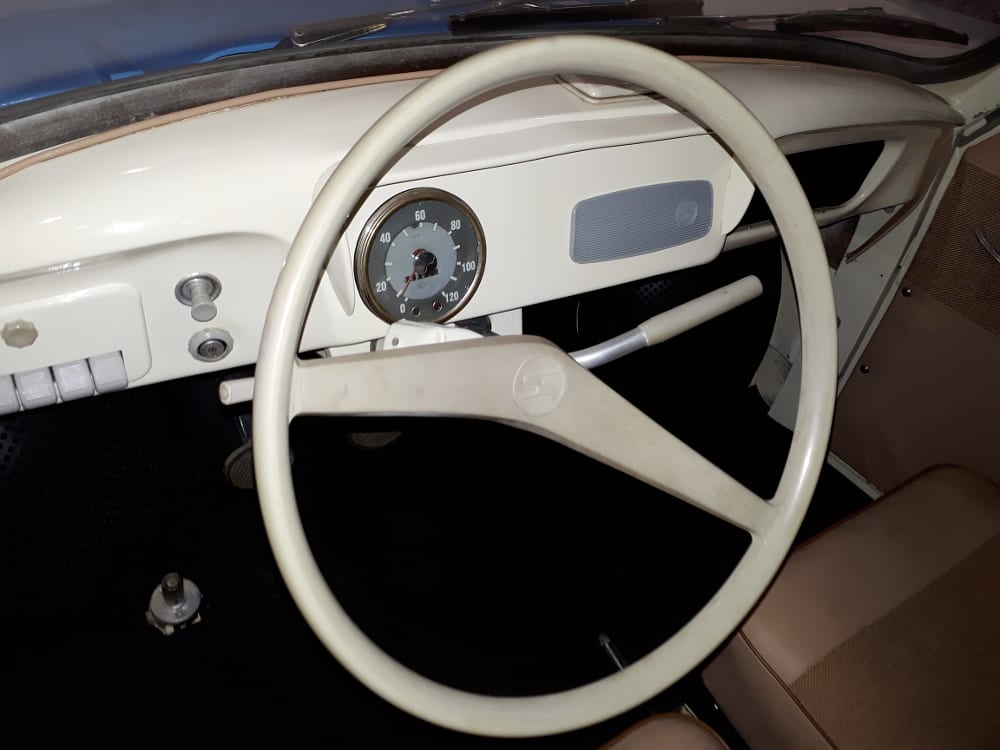 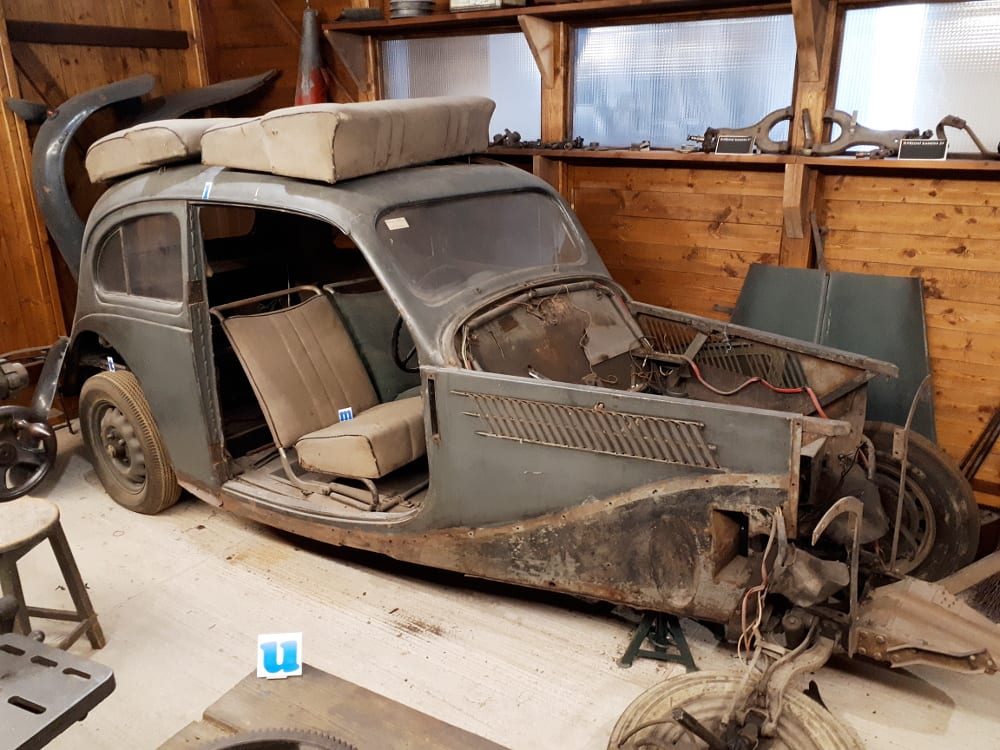 Finally, a car to be found in every car museum of the region, not needing any introduction: 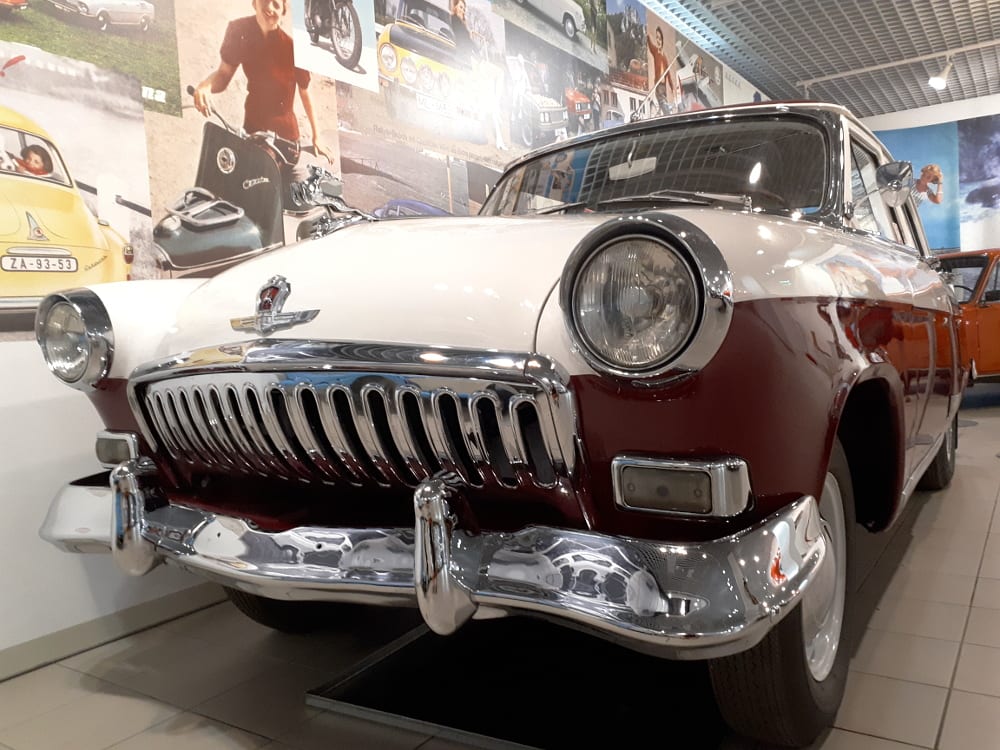 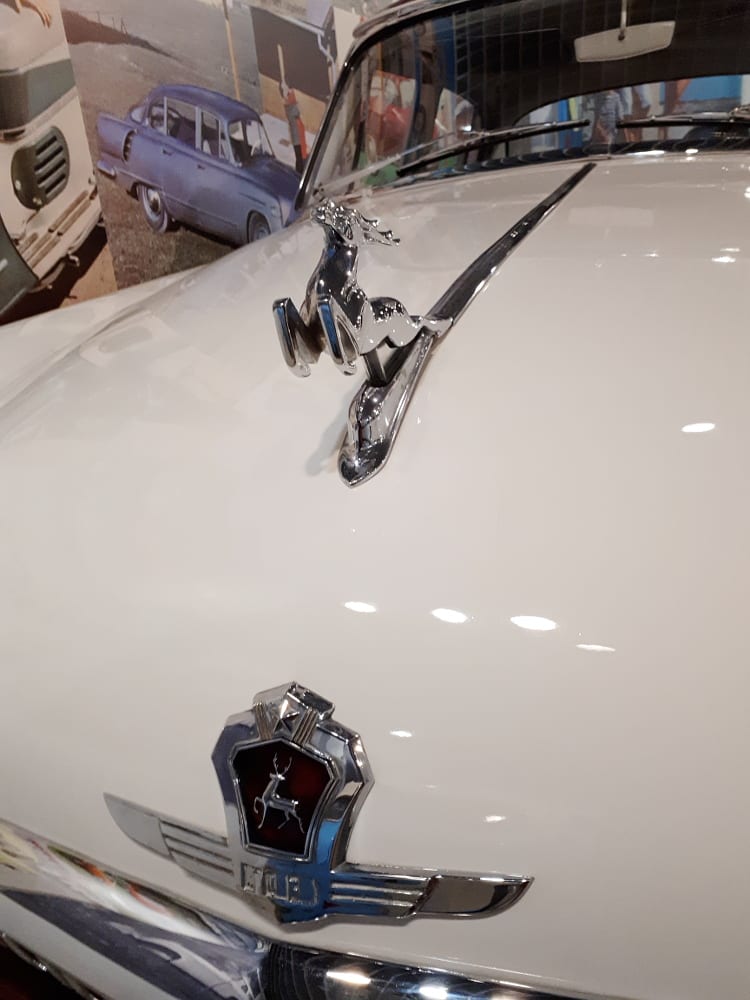 …and here is some insight into how the Škoda 1000 MB was produced and tested: https://www.youtube.com/watch?v=iE8P6CHhSRY