The best Rolls-Royce is a wagon

Krug commissioned three Rolls-Royce Silver Shadow II’s in the mid-1980s. One for the European, North American, and Japanese markets. Only one of the cars remains in Krug’s possession and can be found at their headquarters building. The wagon is only brought out for special events. All three wagons had been lost to the world until the company-owned car resurfaced in 2010. There are articles that talk about it being restored then, but no real updates on the restoration since then. 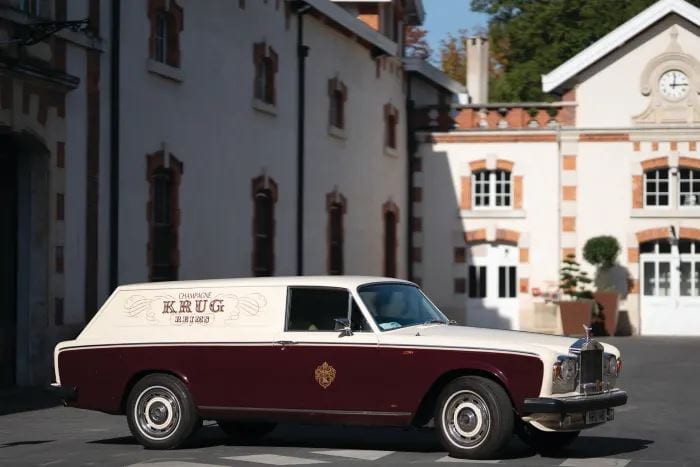 The wagons were designed to deliver not just champagne, but also a memorable picnic. The interior included two refrigerators that could hold up to 16 bottles of champagne (which seems low, unless they were magnum bottles). There are also wood cases that hold champagne glasses, ice buckets, a table and folding chairs, and a tent that can fold out from the rear door. I wasn’t able to track down a picture of the tent erected. When you search “Krug Rolls-Royce Silver Shadow II tent” Corbin’s Rolls-Royce comes up in the image results.

Krug unknowingly designed an overland vehicle in the mid-80s! It already had the six and three-quarters V8 engine and the enclosed rear compartment with refrigerators and a tent. It was a suspension lift away from being a capable off-roader. There is a lot of potential for a worldwide tour with a Rolls-Royce. Too bad it’s retired to display duty at Krug HQ. 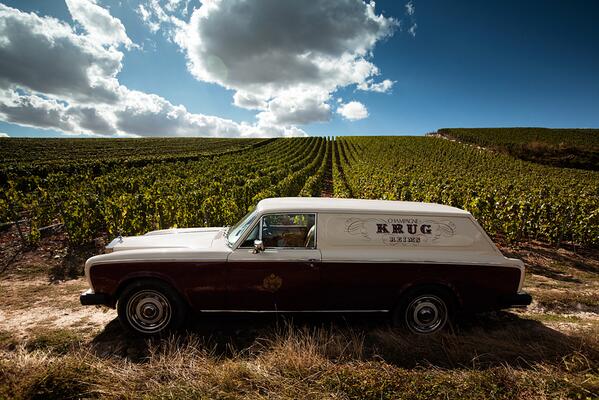 This is not the normal wagon we are used to seeing, but it is definitely one that caught our eye.