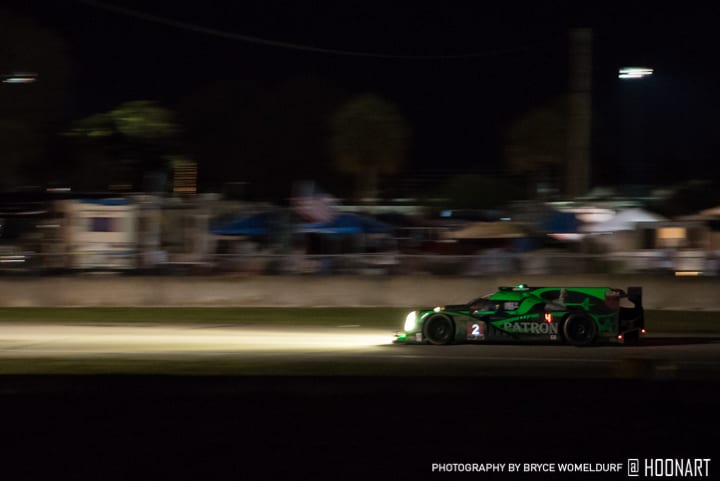 On Saturday, March 19, 2016, Pipo Derani sealed up the second consecutive race win for 2016 in the No. 2 Tequila Patrón ESM Honda Ligier JS P2, winning the 64th annual 12 Hours of Sebring. The No. 4 Corvette won in the GTLM class after their sister car, the No. 3 Corvette collided with the No. 911 Porsche 911, taking them both out of contention and ending the race for the No. 911. The new Ferrari F88 GT3 claimed its first victory in the GTD class with the No. 63 Scuderia Corsa Ferrari 488.

Taking a Walk Down Pit Lane 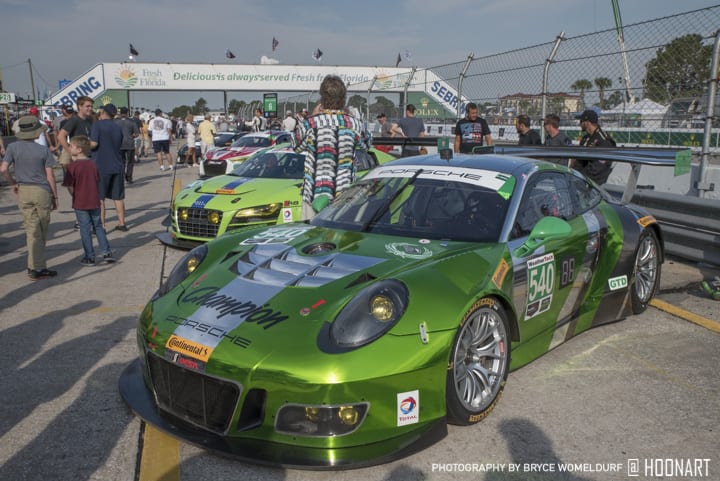 Temperatures on the track were cooler this year. The day began with a walk of pit lane by the fans, where they could meet drivers and race team members, pose for photos with grid girls, and see the cars up close. 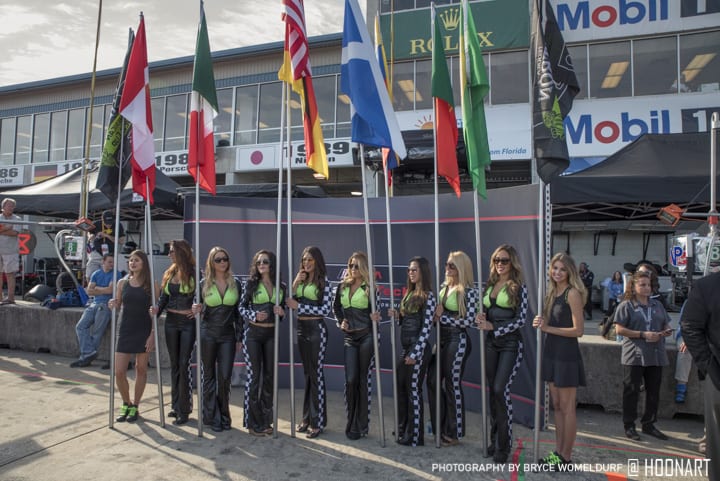 Parked Behind the Scenes

With covering three events last week, our calendar was very compressed this year. Unfortunately, this meant we had less time to capture images of what was parked around the track, but we did find a few here and there including a (possibly Beck?) Porsche 904, Land Rover Defender, and new Porsche Cayman GT4. 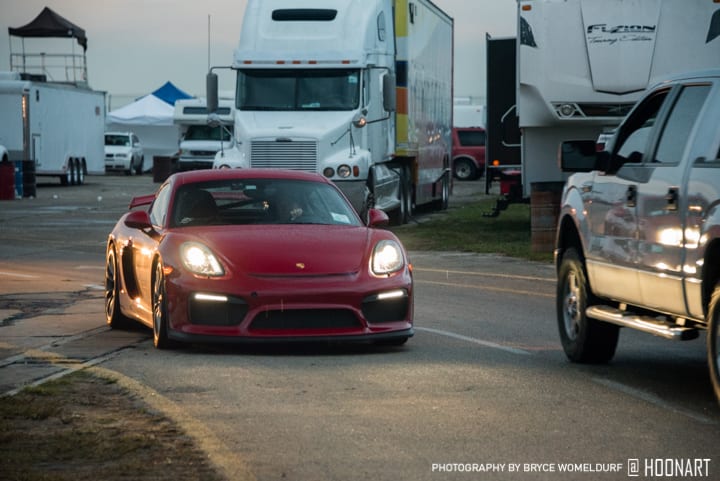 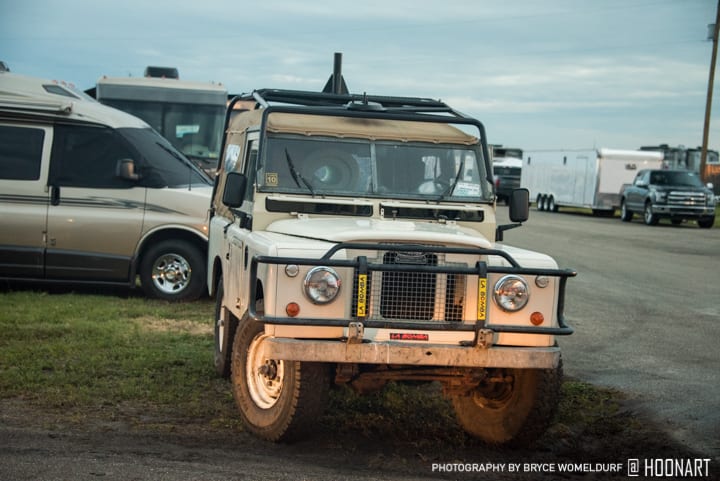 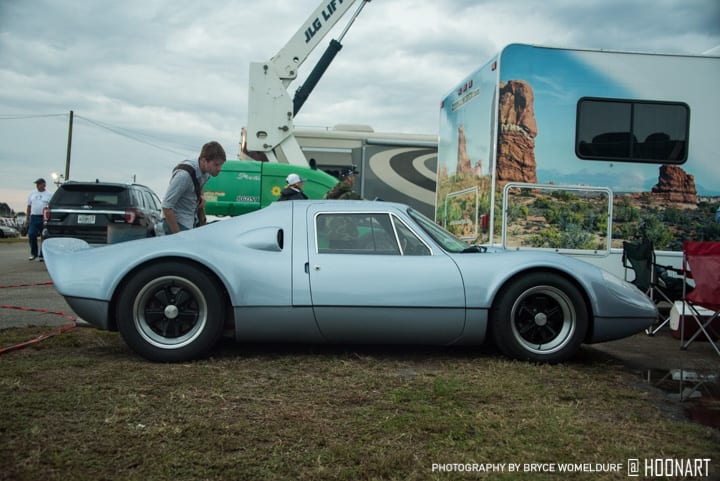 Whether real or fake, that 904 was smokin’ hot.

Wet Weather Proved a Challenge For Many 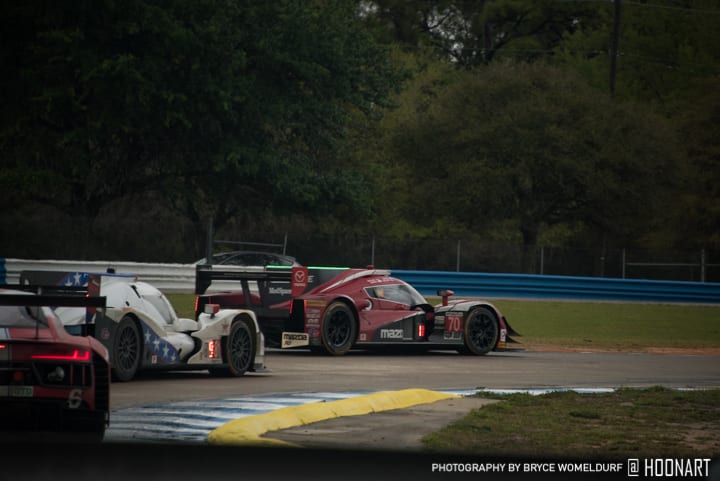 You could see the prototypes going a little sideways coming out of the hairpin. A few cars even made contact with the car in front of them. 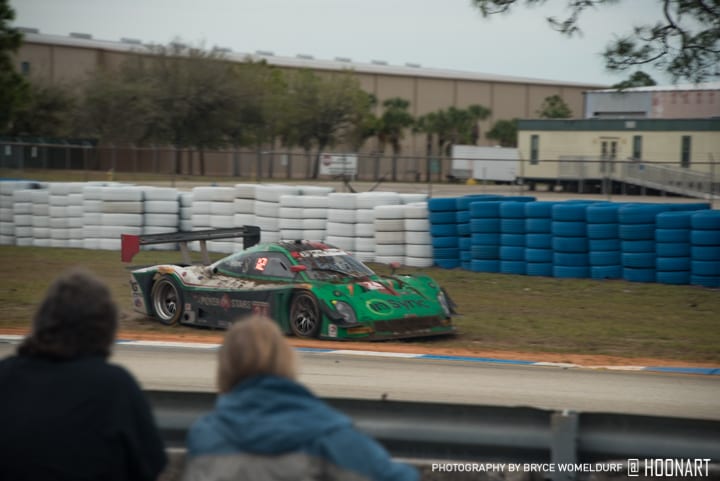 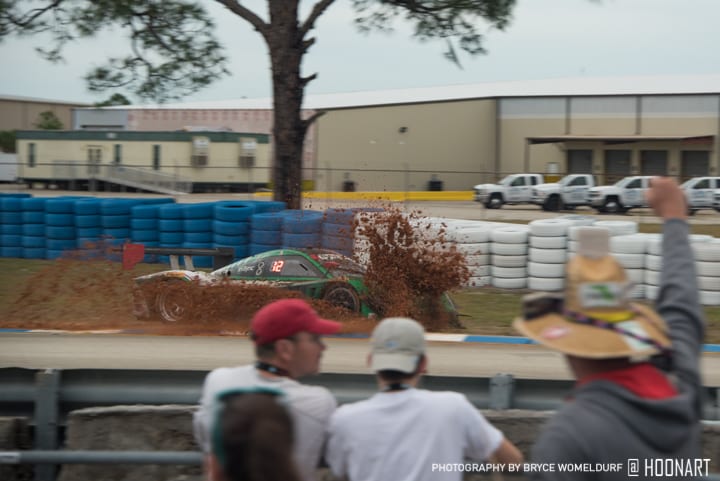 Their splitter shoveled up a huge spray of dirt, adding insult to near-injury. That fan sure loved it though. It was a lucky shot capturing this, as the camera was locked and off as the car left the track. 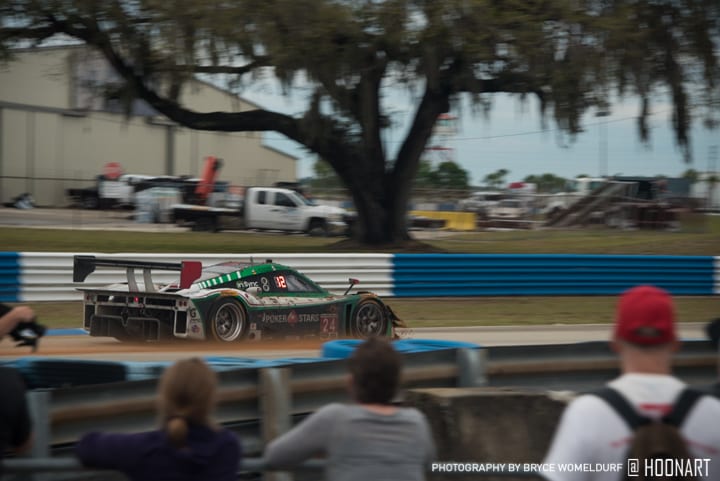 Not leaving any time to lose a position, they were right back on track. 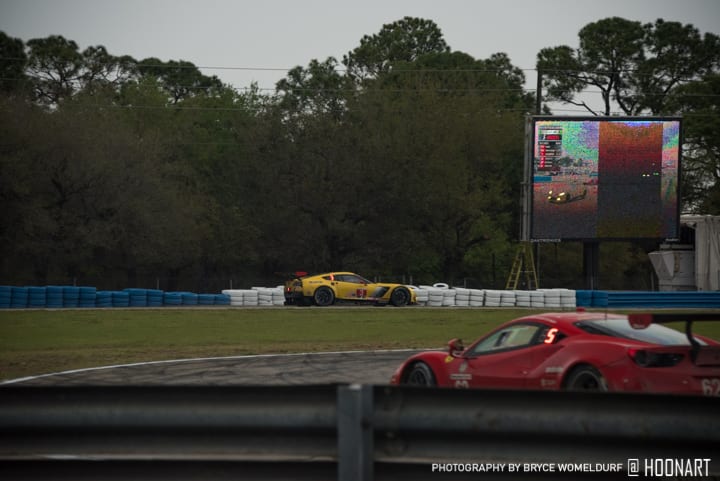 Both GTLM Corvettes and a Ferrari seemed to have missed the braking point going into the hairpin and took the longer, outer hairpin.

Rain By the Bucket Full 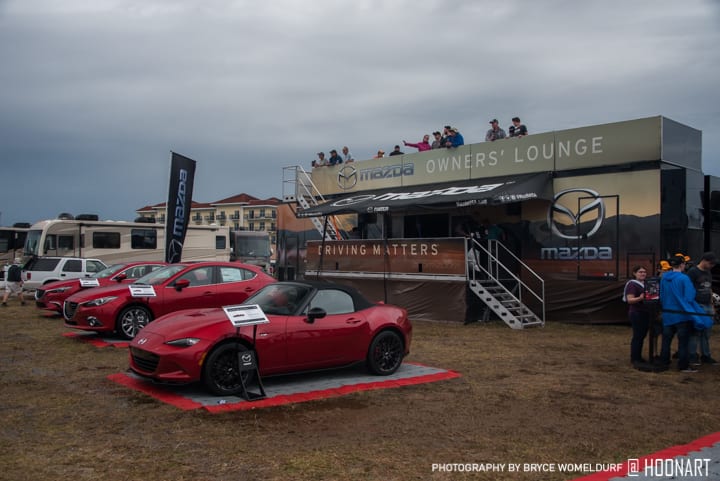 The rain began and the race continued, but before long, it began to rain so heavy and the lightning was so frequent that a red flag was issued for over 2 hours. We took refuge in the Mazda Owners’ Lounge. 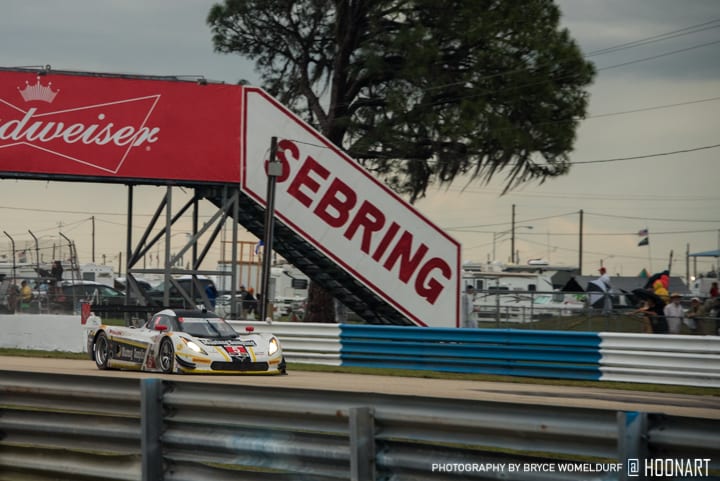 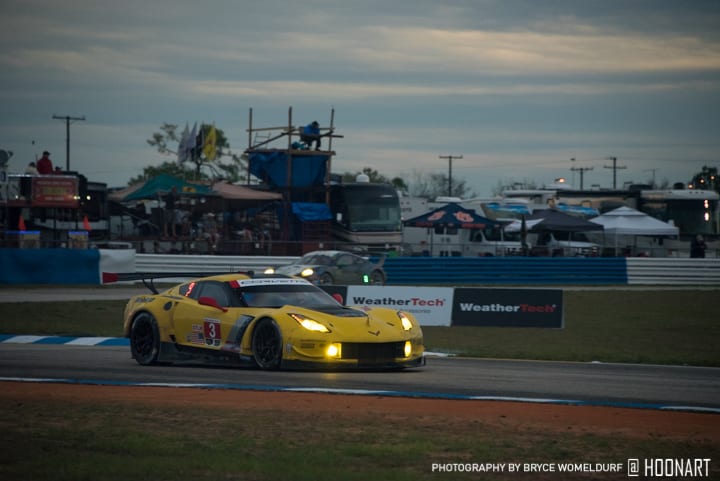 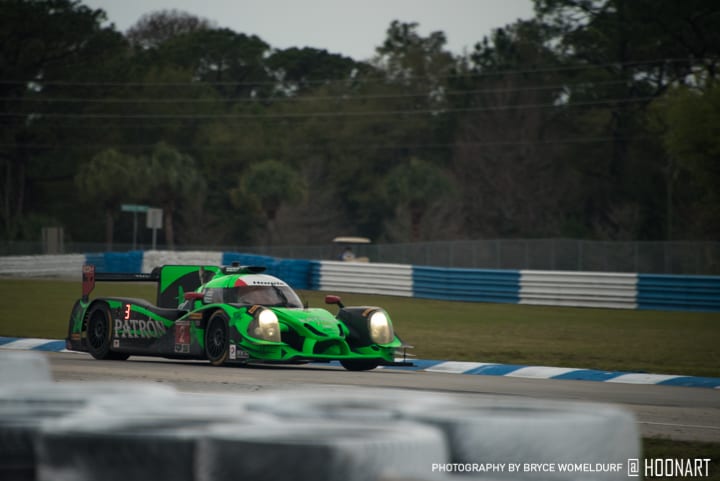 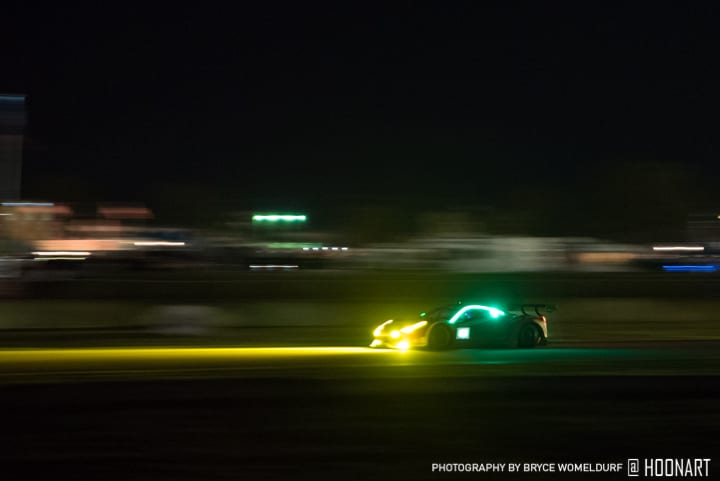 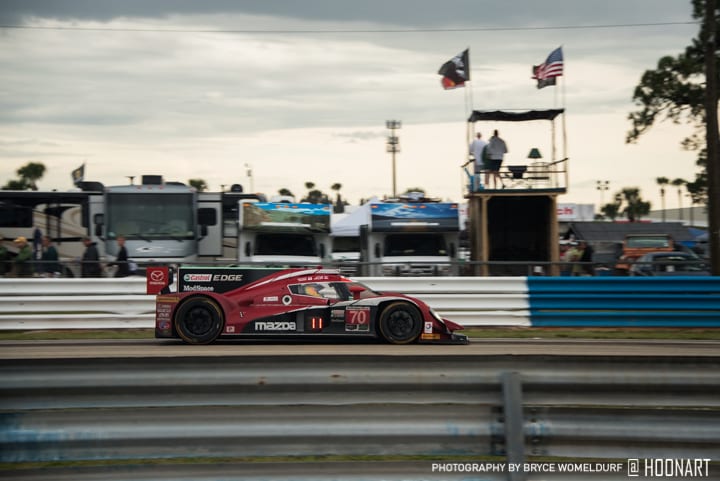 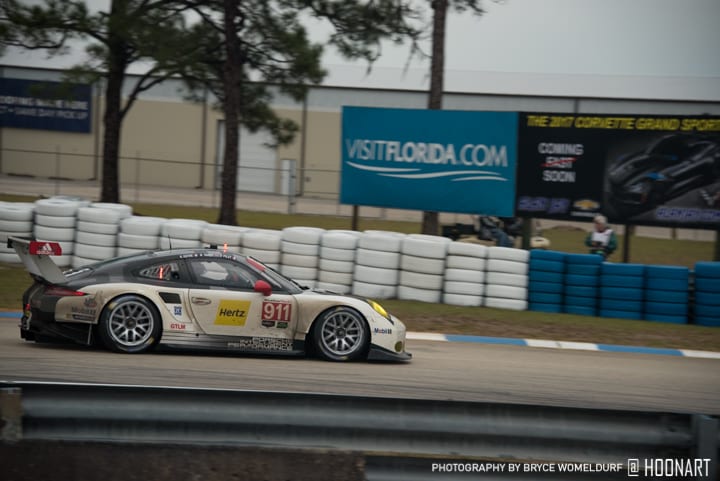 The No. 911 shortly before it met with the Corvette, ending its race. 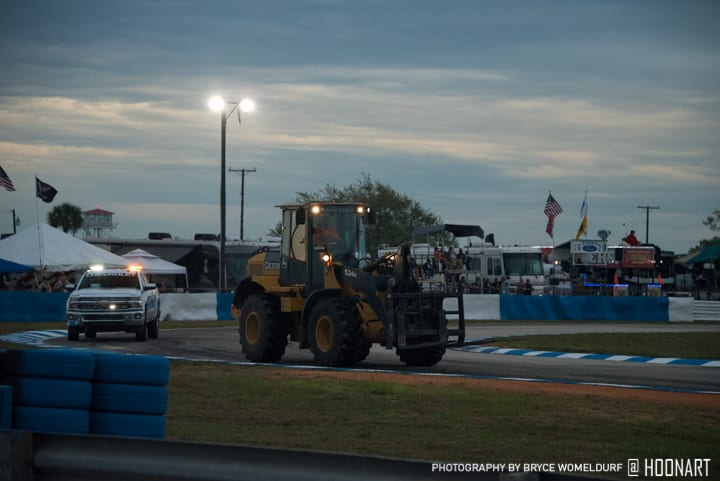 Once the rain cleared up, there were frequent cautions. They even had to bring out the big forklift, and you know that’s never a good sign. That was likely to carry away the No. 911. 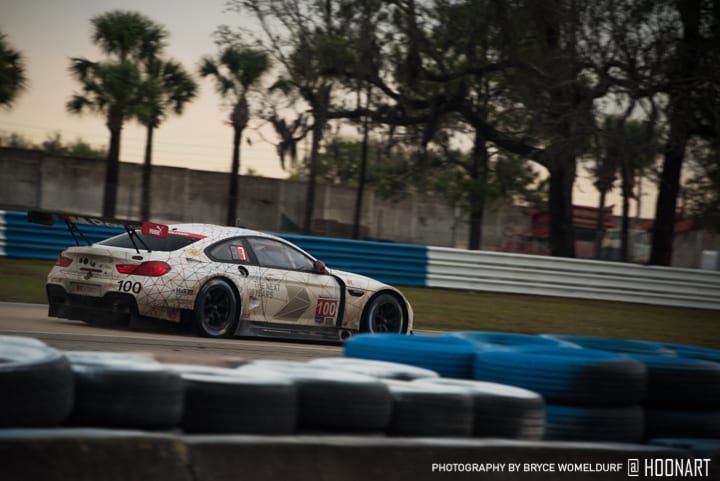 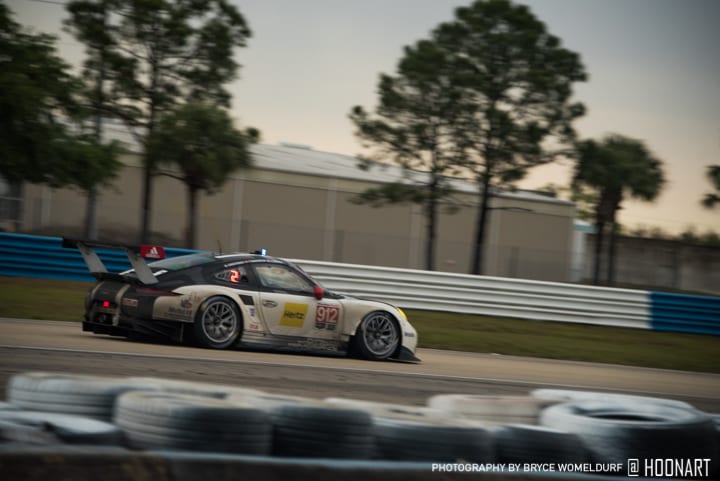 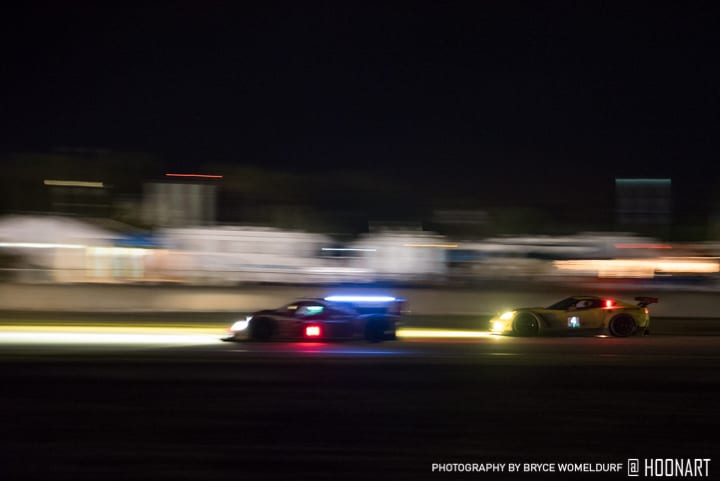 Night arrived and the rain continued to come and go. The rain was a bit of a mixed blessing for fans this year. Temperatures were much more pleasant, but the lower traction meant more incidents and more caution laps, as well as the red flag mentioned previously. My spending only one day at the track this year meant fewer photo opportunities, so perhaps we’ll return to the multi-day attendance experience next year. Photos Copyright 2016 Hooniverse/Bryce Womeldurf

About the Author: Bryce Womeldurf