Before each televised race, the hosts of the program take you on a fast lap of the track. Usually it is the pole sitter’s fastest lap. Well, I tried doing the same thing. Earlier this morning I was taken on a hot lap in a new BMW M5. I got to sit shotgun and attempted to hold my camera steady enough to get decent footage.

I have been on several on such hat laps around various tracks. As I learned today, those other tracks were not anything like Daytona, because Daytona has the oval. I never realized just how steep that oval is. Despite my efforts, and the efforts of all the other videos and videogames ever made, nothing gives the true feel of this oval. It must be experienced, and if you ever get the opportunity to drive on it, take it!

The 2019 BMW M5 was completely stock. This particular model had the optional $8500 M Carbon Ceramic brakes with 16-inch (!) rotors. It was running of factory fitted Michelin Pilot Sport 4 S tires.

Photo borrowed from our friends at BMWblog.com because I forgot to grab one. 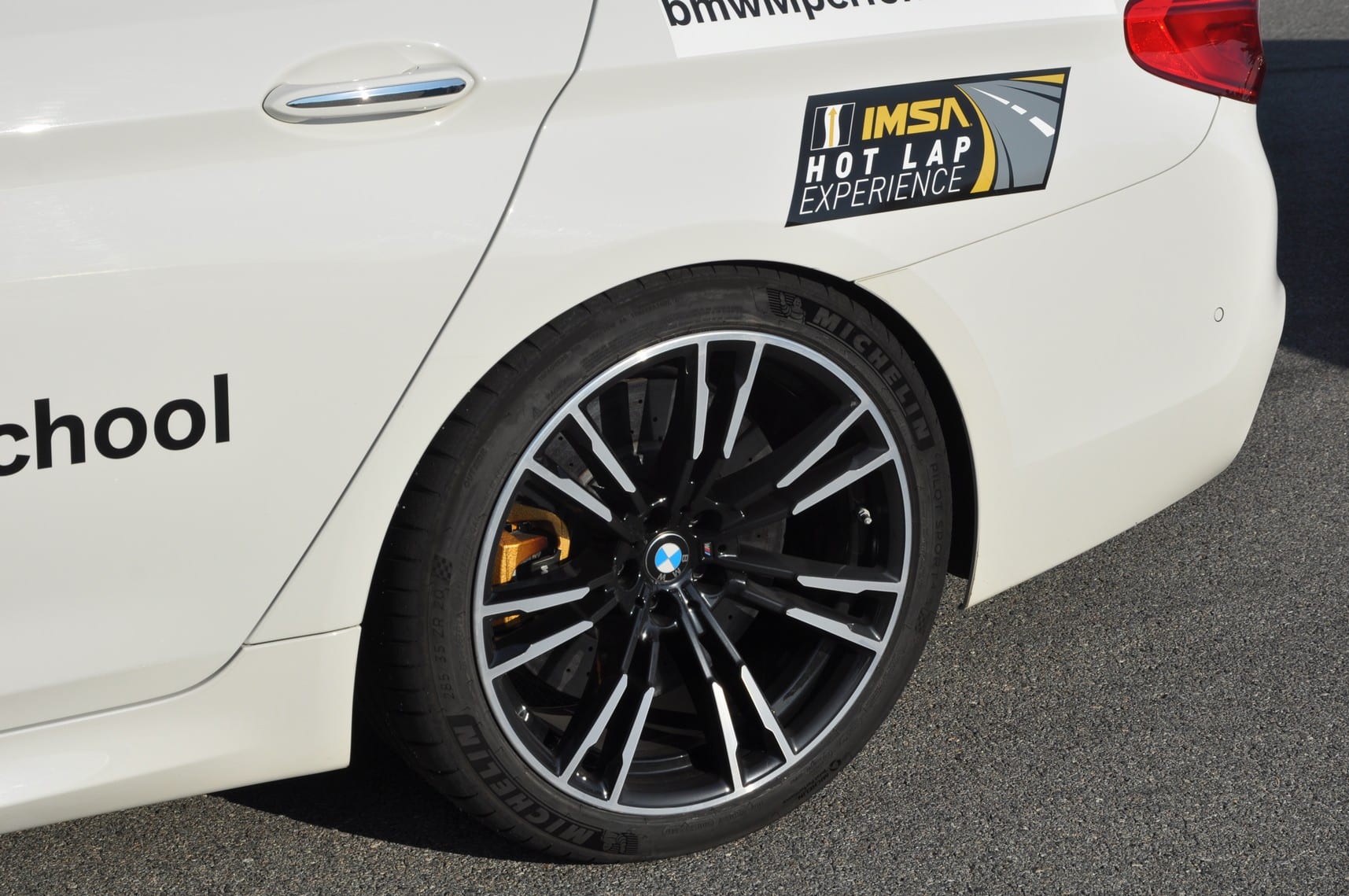