Evolve or die. This applies to everything, especially car manufacturing. People want SUVs these days. At first they wanted them for winter traction after getting stuck in snowbanks for years. Then they realized that the higher sitting position is nice, and it’s easier to get in and out of SUVs. When they had to move stuff, their taller SUVs had more room than their old cars did. And with time those huge vehicles developed better driving characteristics. There shouldn’t be a surprise why people want SUVs.

But how do brands that never made SUV before survive? Well, they start making SUVs. BMW was first. Then Porsche came along. Now there are Bentley and Lamborghini SUVs. And they will quickly outsell each brand’s typical cars. But then there is Roll-Royce. 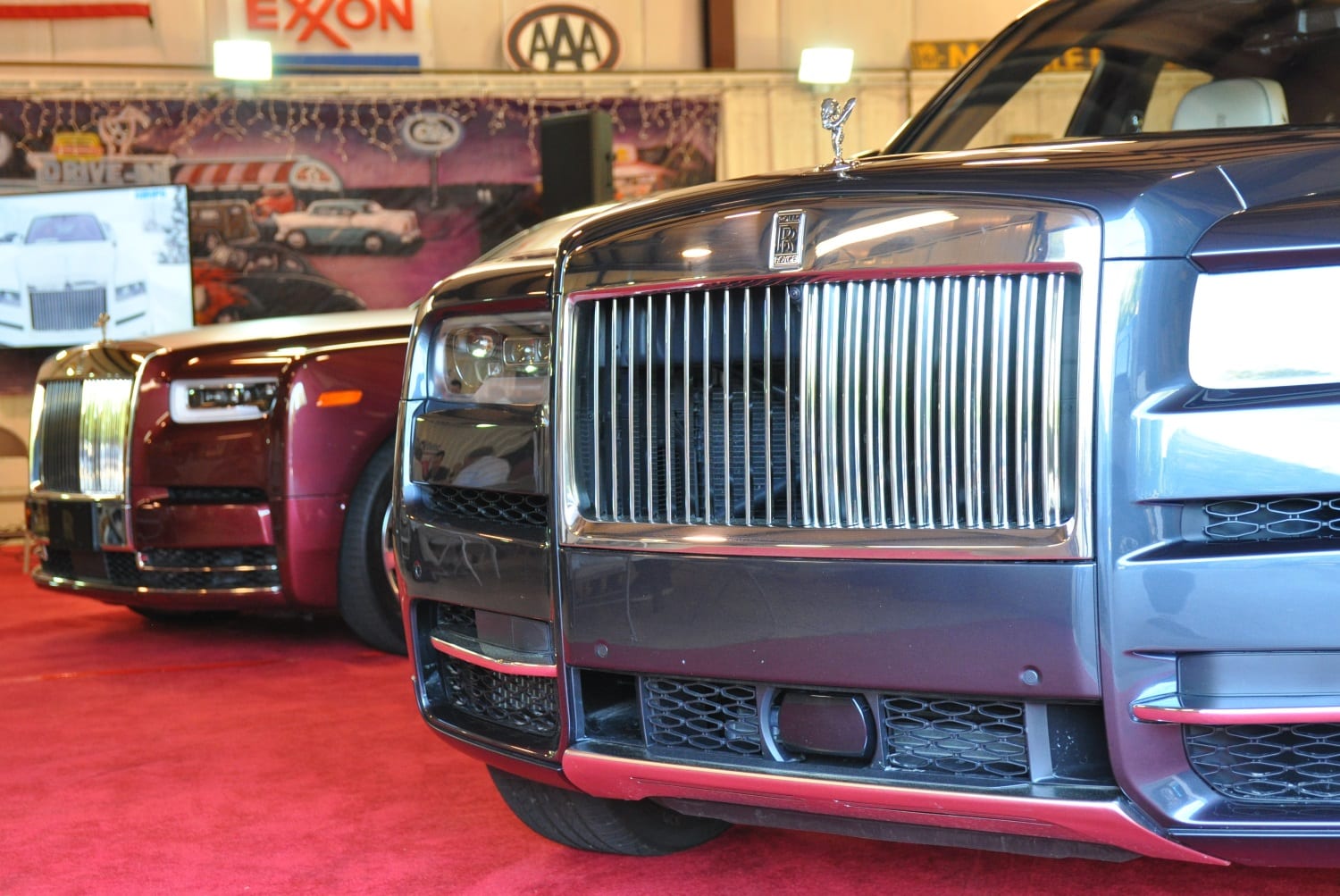 The thing about Rolls-Royce is that they never made cars. They made Rolls-Royces, which are cars so big they may as well be trucks. Next time you see Wraith or a Dawn look at its side mirror – it’s similar in size to a mirror on the F-150. Same goes for width and length. I therefore find it odd to hear that the Cullinan is Rolls-Royce’s first SUV. Because it’s not.

The Cullinan is the first Rolls with all-wheel drive. Dakar Rally version aside, it is the first Rolls designed with motoring on a muddy or snow-covered dirt roads in mind. But it’s no SUV. It is a larger vehicle from a company that is known for making large vehicles. It is another Rolls-Royce. Luxurious, grand, and imposing.

Further, unconventionally for Rolls-Royce, the Cullinan is a two-box design – engine box and passenger compartment box, with a hatch at the end. Except Rolls will tell you that it isn’t. They say that it’s a three-box design, specifically segregating the cargo hold from the rear seat. On some models, such as this one, there was a physical barrier. We call four-door hatchback 4x4s coupes these, so I guess I’m okay with this math.

Interesting fact: The Cullinan is named after  largest gem-quality rough diamond ever found. It’s been cut up but 208.29 carats of it are owned by Queen Elizabeth II. 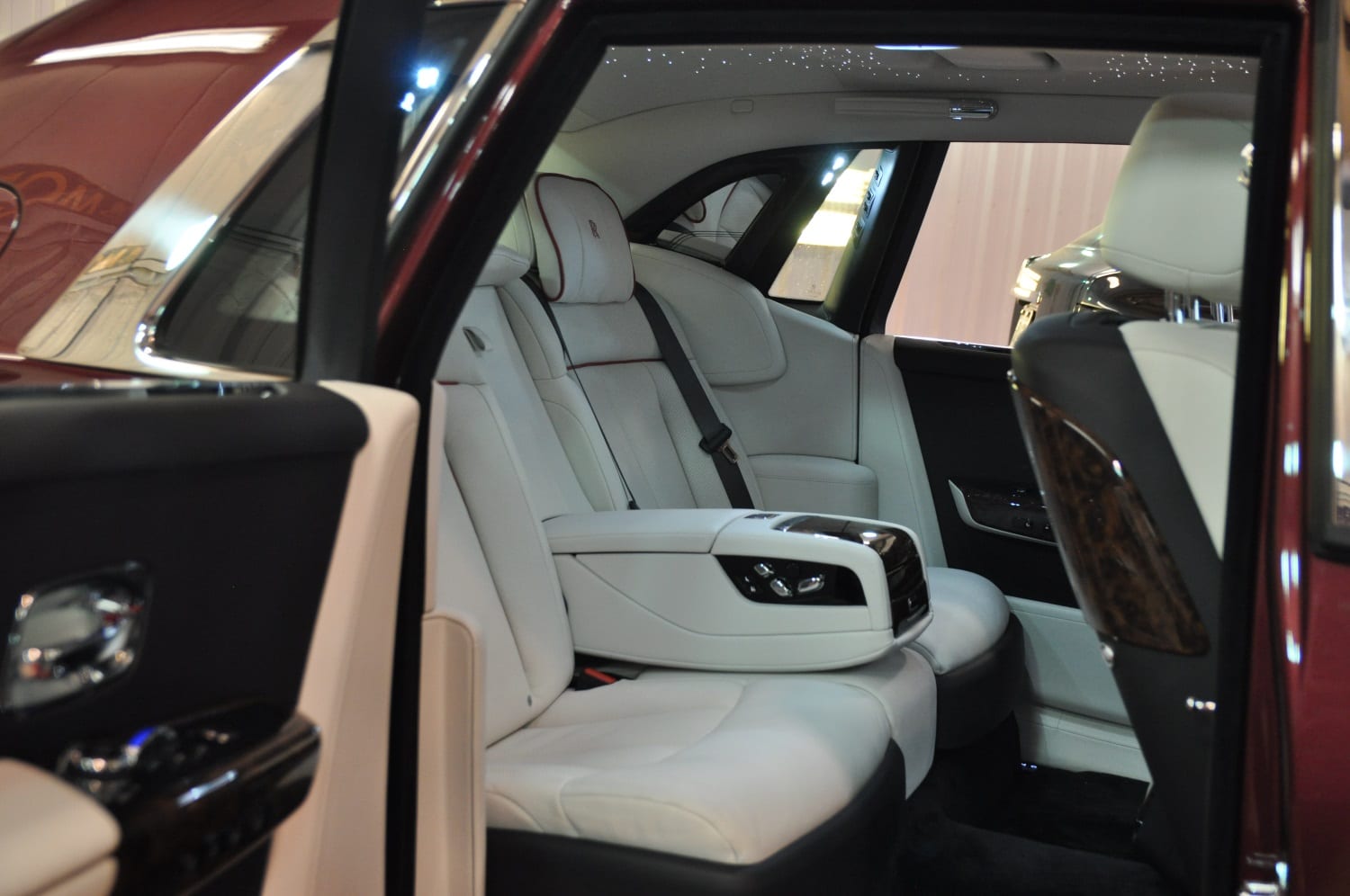 Not Driving a Rolls…

I recently had the opportunity to drive the new Cullinan but I passed on it. It’s because one does not simply drive a Rolls-Royce. One gets driven in a Rolls-Royce. And that’s precisely what happened – another auto journalist was thrilled to take the wheel while I took up the rear seat. Same deal with the Phantom, quick ride in the back seat.

Some quick takeaways, none of which are surprising: 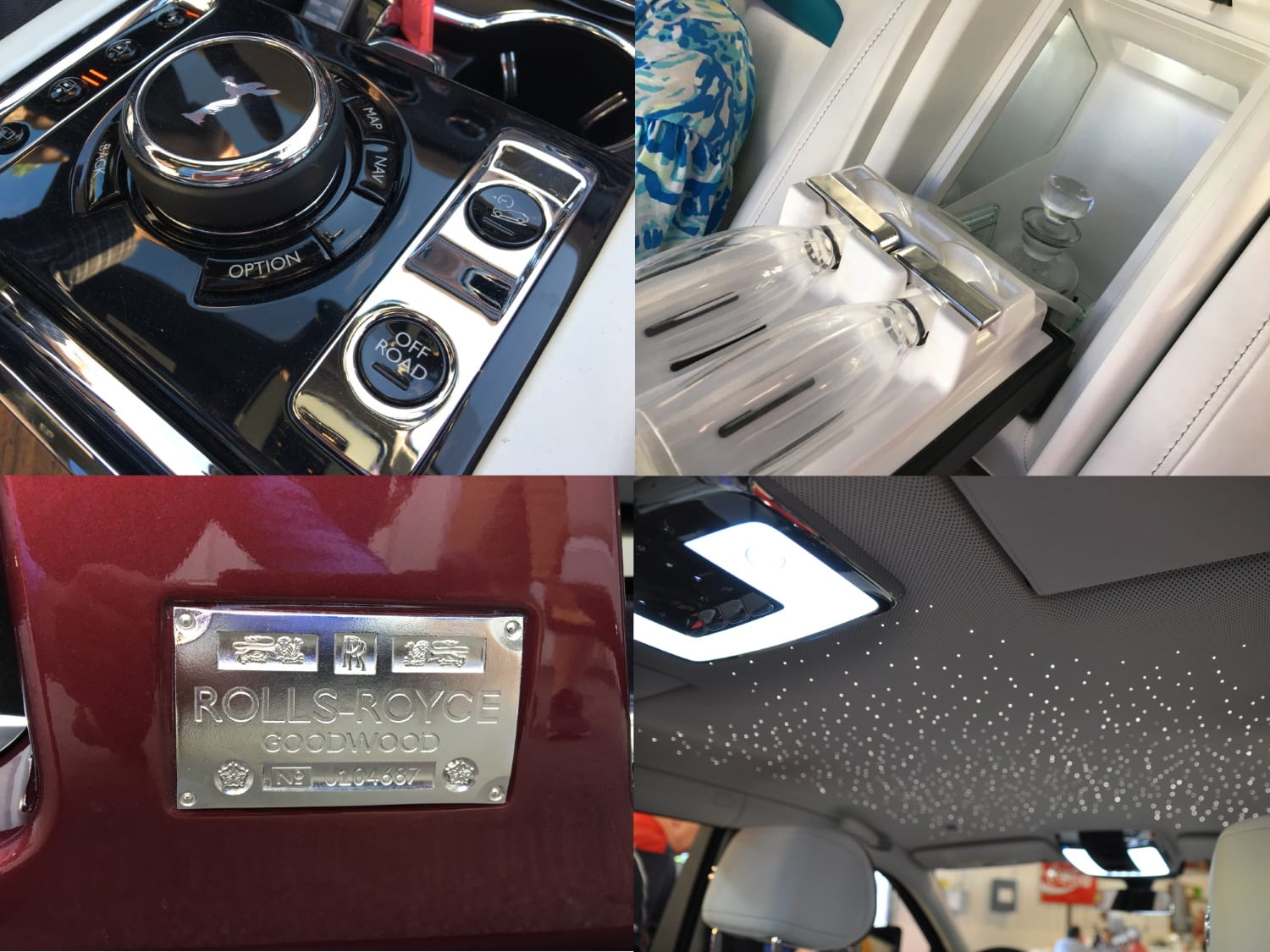 The idea behind the Cullinan is that it is actually functional. After all, it is supposed to be the Rolls-Royce of SUVs. Where others have shifters, terrain modes, selector knobs, and other such peasant off-road features, the Cullinan has a button. It is labeled “Off Road” and it’s what you press when you leave the pavement. The Rolls will do everything else. Specifically, it will select the proper ride height via the air suspension. Power will get to the wheels via a transfer-case that splits it front and rear to the two open differentials. Brakes are used to control wheel spin. It will slow itself down going hill. Just drive, but perhaps steer clear of Moab’s more difficult trails.

When one needs to carry larger items, the power split tailgate will happily open itself to allow easy loading. Rear seat, on the models equipped with a rear bench, will fold itself and the load floor will level out. One can even get a rubber trunk liner. What one cannot seem to get directly from Rolls-Royce, however is a roof rack. So, when going skiing in a remote location, just have your hired help follow you in the Range Rover.

Interesting fact: There was a time when Rolls-Royce did not disclose how much power their engines made, other than that it was sufficient. 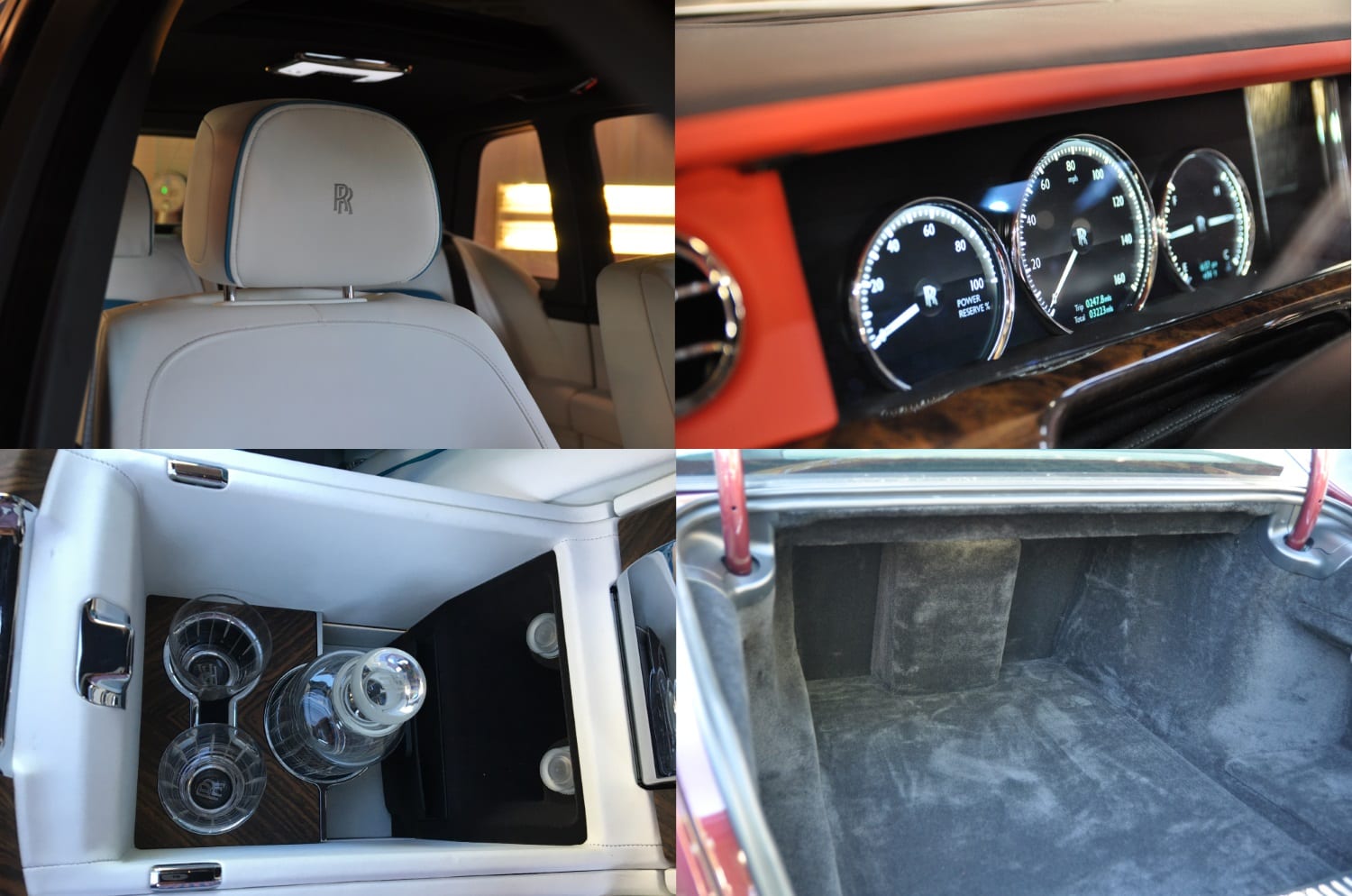 One does not simply buy a Rolls-Royce. One procures a Rolls-Royce, a process which if done correctly can take as much as six weeks. But despite those bespoke orders, many dealers order vehicles on their own, as if they’re Hondas, to have in stock. It’s a slight gamble and probably well worthwhile if the model is tastefully optioned.

I was somewhat surprised that a majority of Roll-Royces are leased. That seems to make sense as a good accountant is able to expense this off a business income. Most leases are three years but they’re usually terminated earlier as the lessees get a newer, shinier model. It’s also likely that the model they’re turning in already has a buyer lined up for it.

Interesting fact: Unlike, say Ferrari, Rolls-Royce does not really care if you further personalize your vehicle after the procurement. 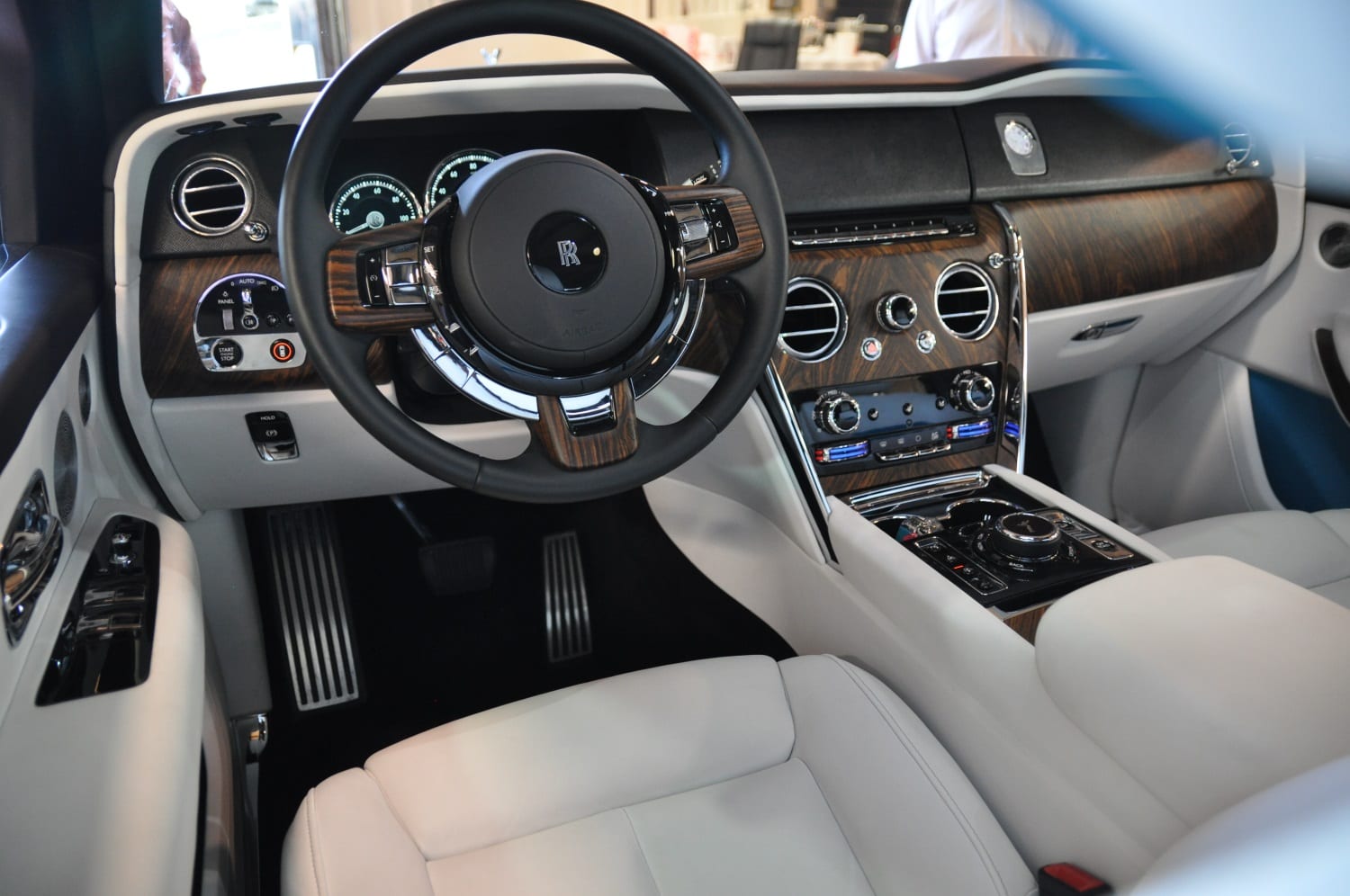 Rolls-Royce vehicles are as much art as they are cars, at least according to people who sell them. They are rather incredible in their attention to detail and execution. Most buyers will get them because they either want what they think is the best or because they want the world to see that they can get what is perceived to be the best. But there is good news for those of us who cannot afford a new $500,000 Rolls-Royce – the fact that vehicles costing a tenth of that are really good, too. 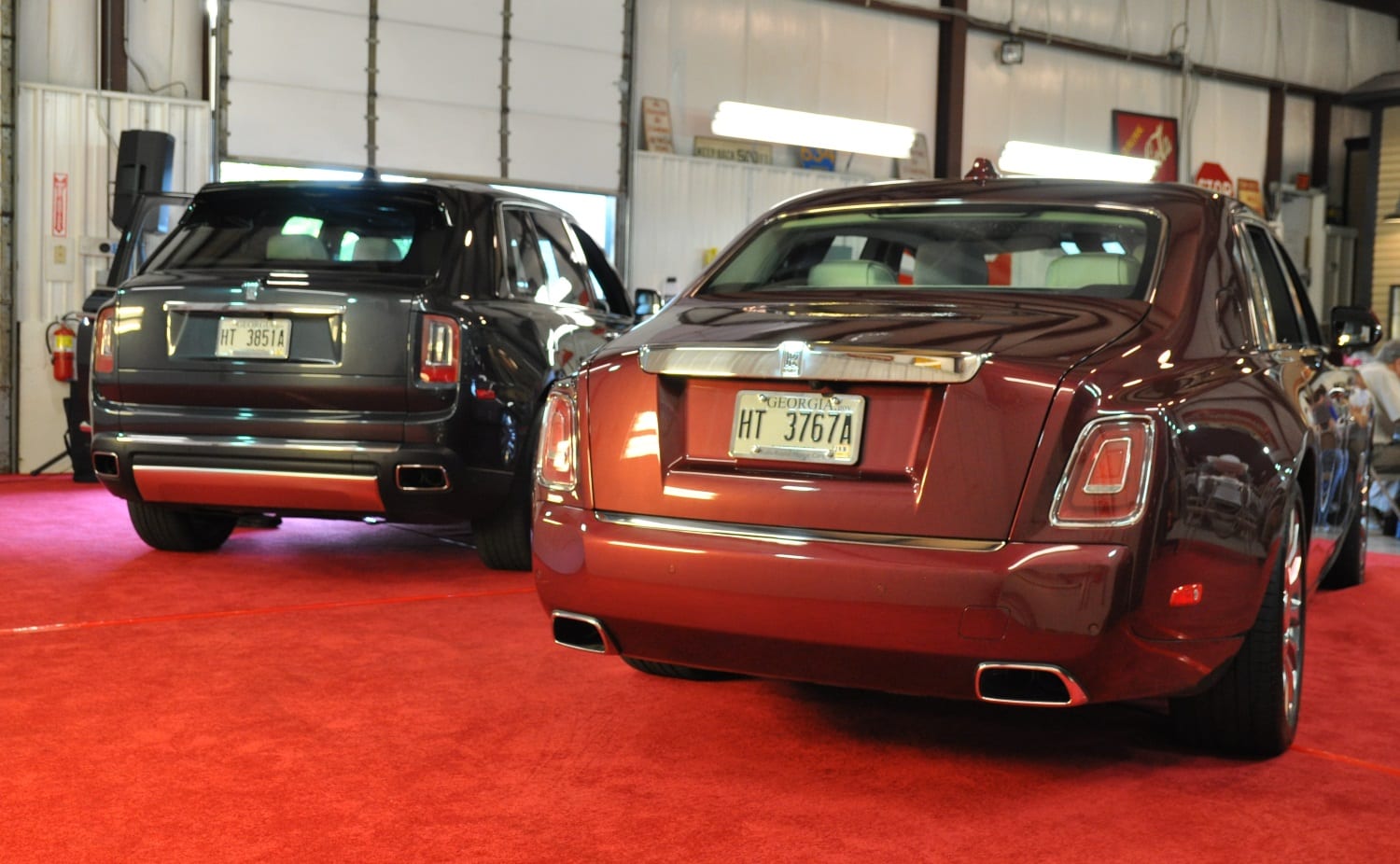 [Disclaimer: Rolls-Royce held a local press event in Boston at which I was driven around in the Cullinan and Phantom. There was food, too. And cake.]