The base audio system in the current, fifth generation of the Toyota 4Runner is rather not great. I won’t call it bad because it’s not horrible but it’s not great. It’s just a basic set of speakers powered by a factory headunit. Some attention was paid to actual acoustics as speakers are located in each of the four doors, tailgate, and the dash. Limited models get a fancier system with JBL speakers, a trunk-mounted subwoofer, and an external amp.

After four years, the quality of the audio in my 4Runner finally started getting to me. I didn’t want more loudness, I just wanted better sound. I started looking for speaker upgrades and ended up with a few choices.

OEM Audio Plus has a plug-and-play system that replaces all of the factory speakers, adds a 360-watt amplifier with a signal processor and a subwoofer. The company has a great reputation and everyone is blown away by the sound quality. But the basic system is $1300, which was about $1200 too much for my budget.

Crutchfield gives a choice of many replacement speakers. A quality set of front components would be the obvious and the right choice. But replacing door and dash speakers, adding a cross-over, removing the factory filters, mounting, crimping wires, possibly soldering, is the type of stuff requires half a day for an idiot like me. It just wasn’t anything I wanted to eff with. I was convinced I could have a faster, easier solution. One that would undoubtedly come at an expense of sound quality, which I was fine with.

The 4Runner online forum came to help. Apparently Toyota and Subaru use similar speaker system structures. A Kicker dash speaker upgrade from an optional Impreza kit supposedly fits perfectly into the 4Runner dash opening and even uses the same connectors. And, as per most forum users, provides a significant sound improvement. And the set was about $100 from Amazon. 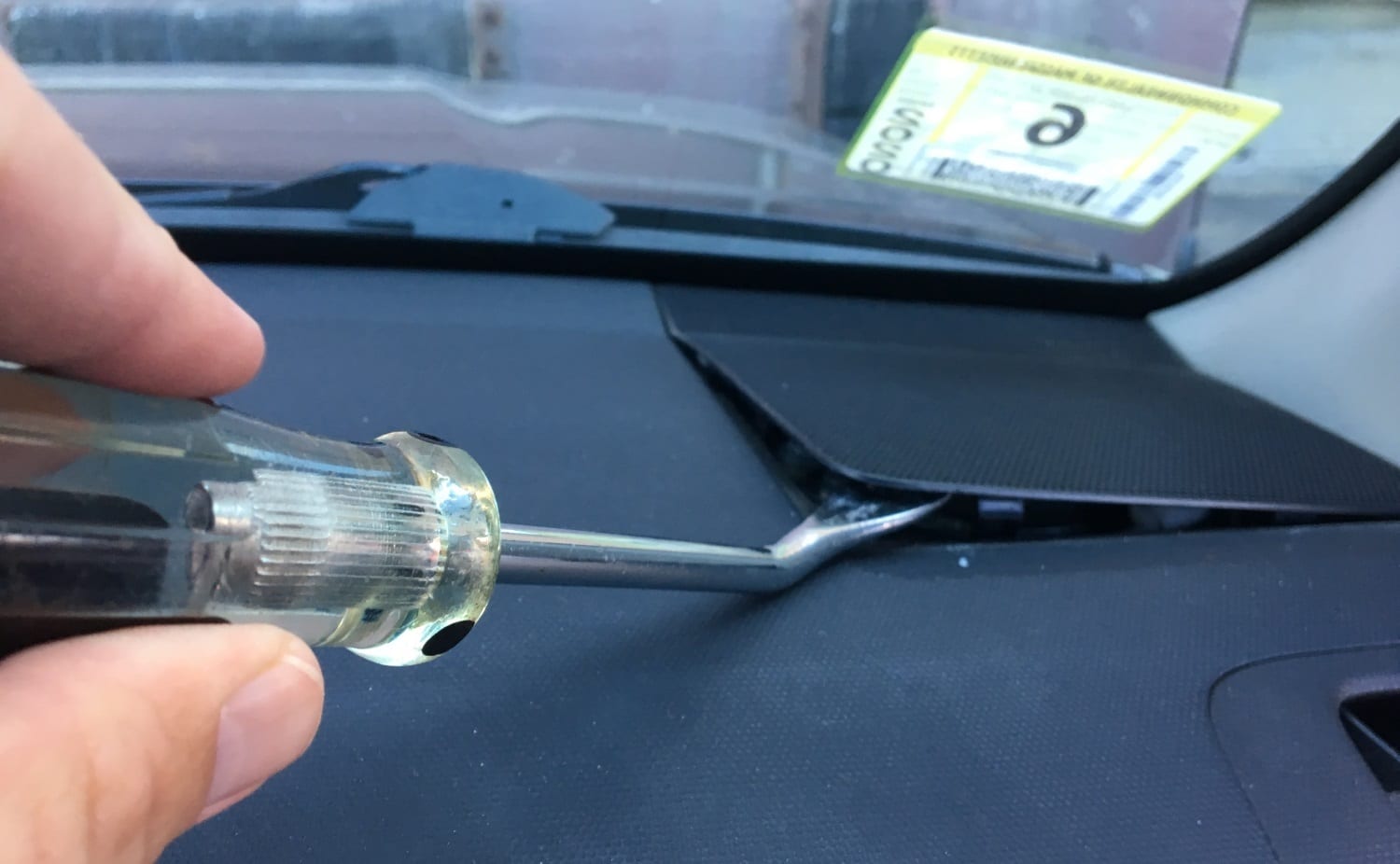 Amazon Prime kicked it over in two days. It took exactly four minutes to pop the dash speaker cover, unbolt the factory speaker (tweeter?), disconnect it, and reverse the procedure with the new Kicker speaker. Another four minutes for the driver’s side. Make sure to use a trim removal tool and not a screwdriver to remove the covers.

There were some obvious differences in these speakers. The new Kicker speaker had a plastic housing and not metal. Overall diameter seemed smaller but it looks like there is a small coaxial setup there. The magnet seemed bigger and the speaker itself was noticeably heavier despite the plastic case. 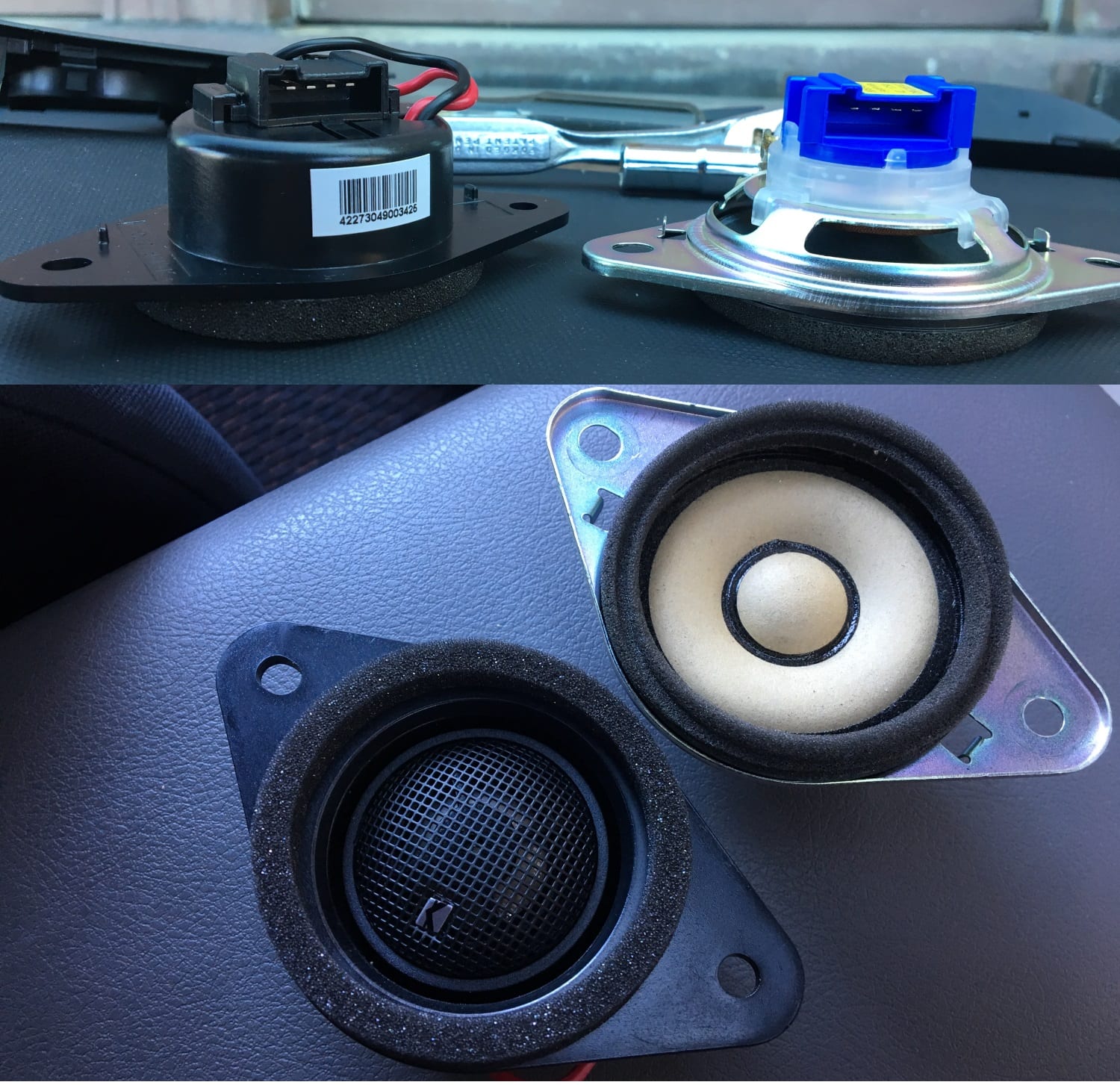 The sound is better but it still is not great. But it’s better. There is more mid-range frequencies coming out of that speaker and with the audio waves bouncing off the windshield, it’s immediately noticeable to the two front occupants. It is not a speaker system upgrade which is also noticeable, as in the inadequacies of the other speakers are now more pronounced.

This little audio modification was exactly what I wanted – an upgrade that wasn’t time consuming. Following a ten-minute job, I get better sound and I didn’t waste half a Saturday cursing. This more works on Toyota Tacomas, too.