While most of the automotive industry’s shift into crossovers and sport utility vehicles have gone with a car-based unibody, General Motors is getting it done with an old-school, full-frame, truck-based chassis on the Chevrolet Suburban, GMC Yukon, and the Cadillac Escalade.

Having sampled the Escalade in long wheelbase form several months ago, I was interested to see what the differences would be, not just between a Caddy and GMC, but whether the shorter (standard) wheelbase would be more user-friendly in an urban environment. 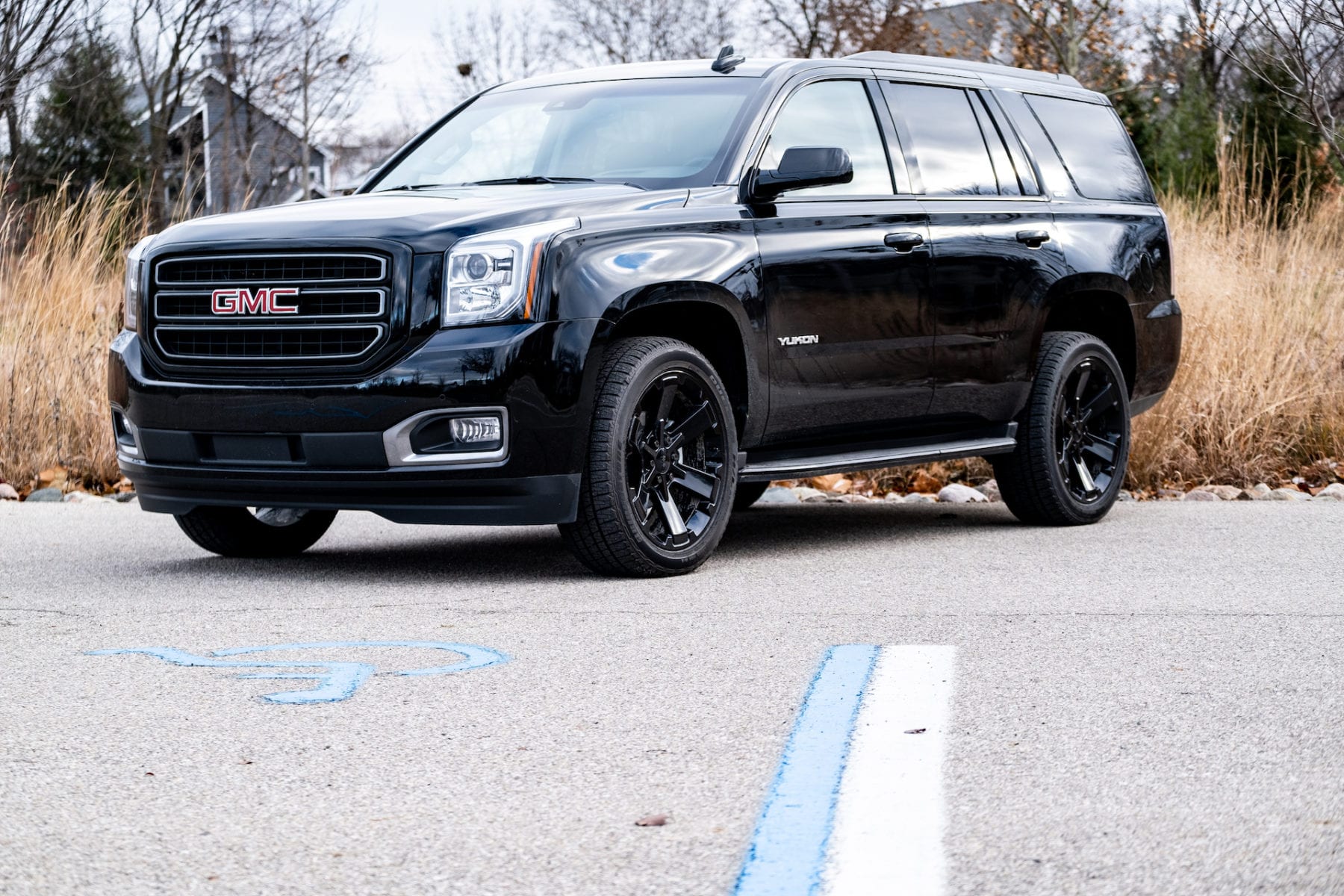 Climb up into the driver’s seat and you immediately understand why these are popular. The interior is big and inviting, but it also doesn’t feel like it takes up the whole lane. I backed out of the driveway and within half a mile of going down the road, the attraction came further into focus. Driving the Yukon makes you feel like you are wrapped up in a warm, comfy blanket.

You are perched up high in the riding position — higher than I prefer personally, but it does give you that cliché “commanding driving position” in which to navigate. The ride with the optional Magnetic Ride Suspension (MagneRide) is very good, there is not really anything to complain about. The pothole-strewn roads around Metro Detroit simply disappeared. With the MagneRide, it actually handles far better than a six thousand pound high center of gravity vehicle has a right to. 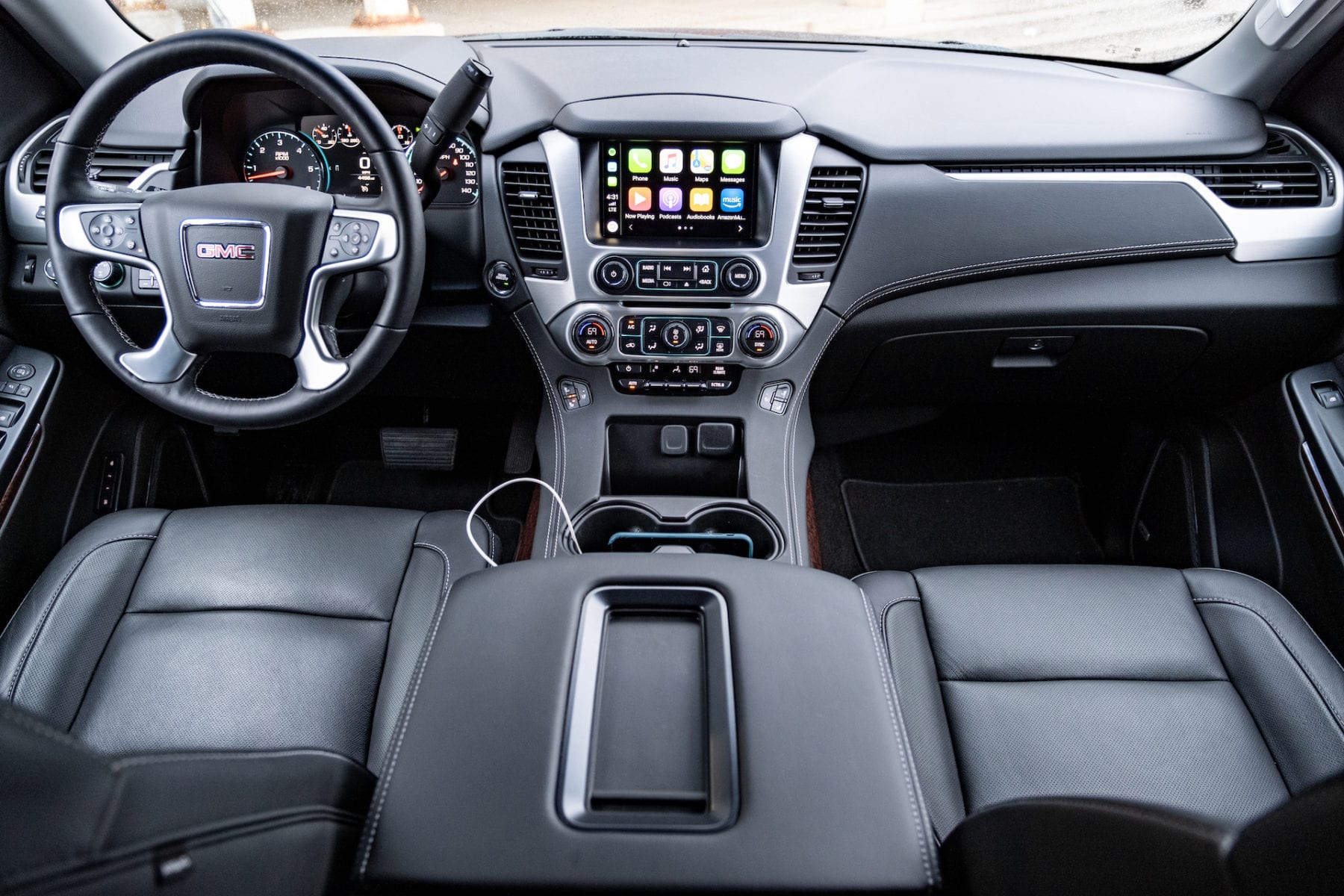 On the highway, it was controlled and quiet, and 90mph came up rather quickly and often. It’s easy to see why people who do serious highway miles for work choose the Yukon. It makes the miles disappear if you are willing to pay the penalty at the fuel pump. We’ll get to that point shortly.

GM is not known for its interiors, even in top line GMC and Cadillac models. That continues here. While the materials are fine, they are nothing special or exceptional. With an MSRP of $73,320, you are looking for something more than nice or fine. You don’t have to go to Land Rover, Jaguar or Mercedes SUVs for a nice interior, Lincoln is doing some of the most impressive interiors at the moment for the same price points. But, let’s hold that thought on the price for a few minutes. Well, let’s not. 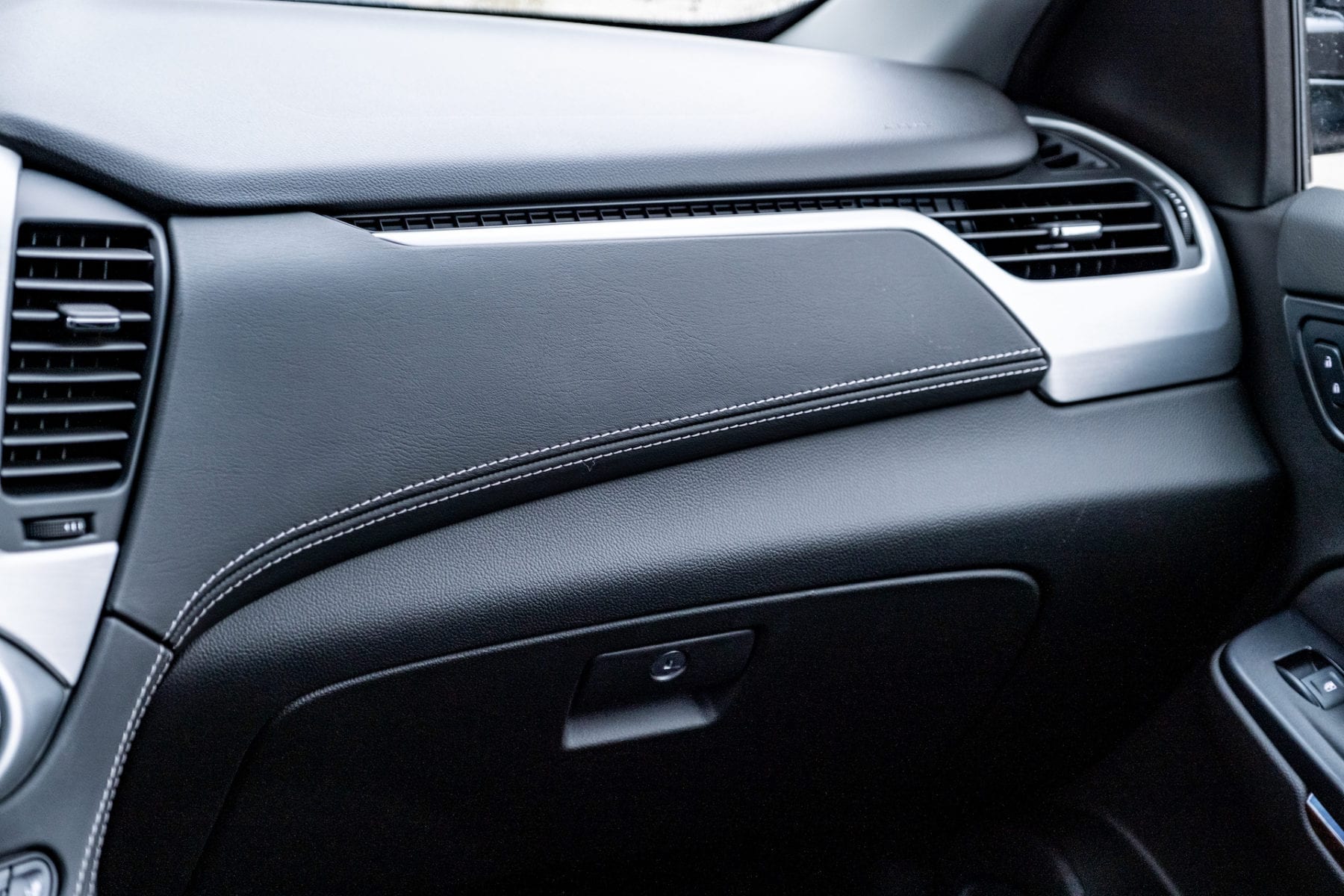 At seventy-three grand, you have legitimate questions when it comes to value. Pull up the website of any GMC dealer as we write this, and you can get $10,000 off the top without asking. Further bargaining may get you an even better price. If you can score something like this 4WD SLT for $60,000 then, sure, it’s good value at that point.

Fuel economy is rated at 14 city, 22 highway, and 17 combined. Granted, we had this when we made the switch to winter gas in Southeast Michigan, and ten years of testing has shown winter almost always drops mileage two to three mpg. So, when I saw a best of 20 mpg on the highway, TRYING to get as good of mileage as I could, I wasn’t surprised. This has the new ten-speed automatic transmission, so the engine only turns 1,500-1,600 RPM on the highway at 80mph. Fourteen to fifteen in the city was about right. 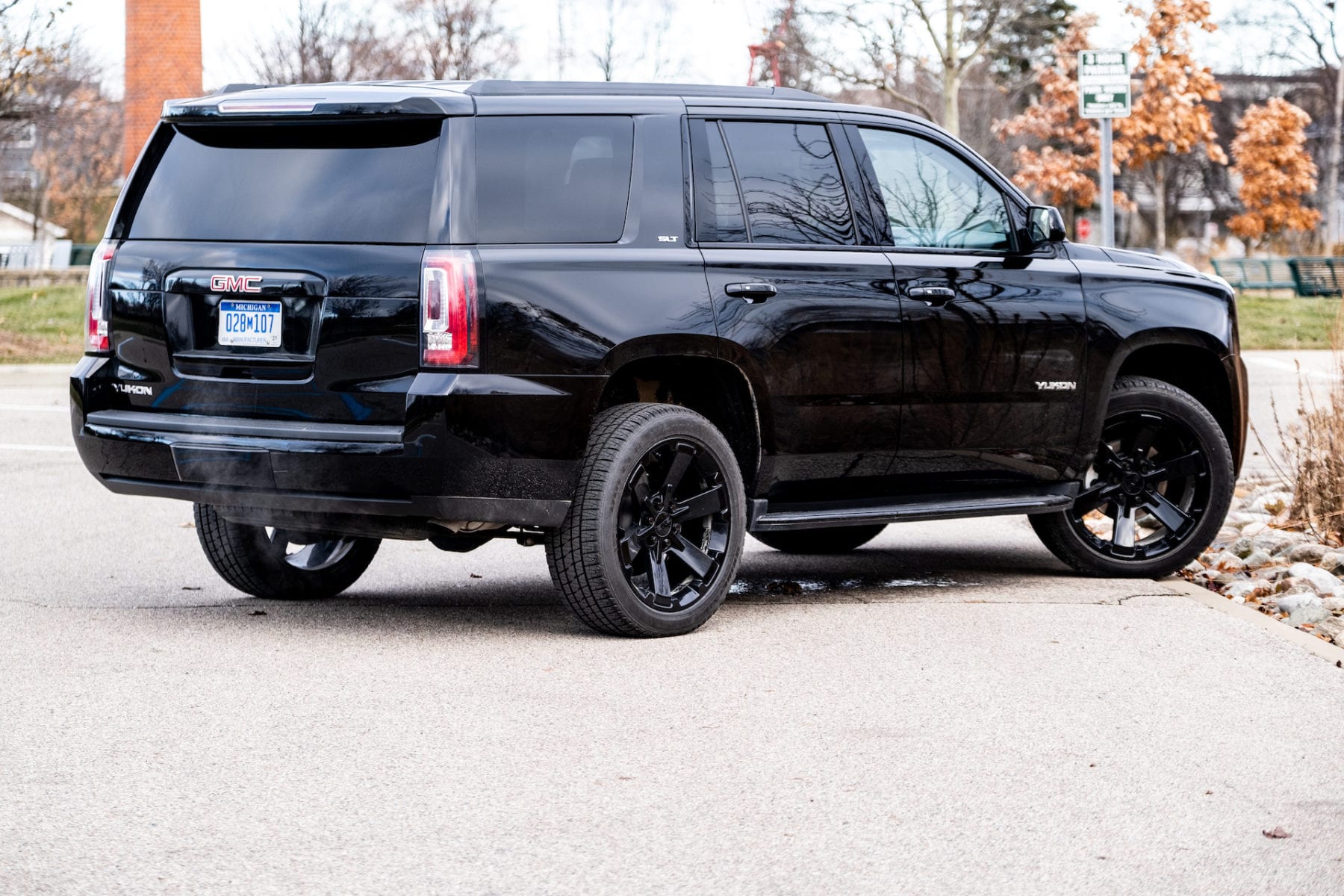 While this 6.2-liter V8 does have displacement on demand (i.e. cylinder deactivation) where it can run on as few as two cylinders, it seemed to make little, if any, difference in fuel economy. As far as how smooth the engine felt, you could not tell it had dropped cylinders rolling down the highway at a constant speed unless you looked.

As I touched on earlier, the interior room is very good. Not just for the driver and front row passenger, but for the second row as well. Six-footers can sit behind six-footers with no problem. I didn’t try to get into the third row, in this “standard” wheelbase version, it’s best left for children.  During my week with the Yukon, I kept the third row folded down to take advantage of the extra cargo room. With the second row down, I had no problem fitting our Christmas tree in and closing the hatch. 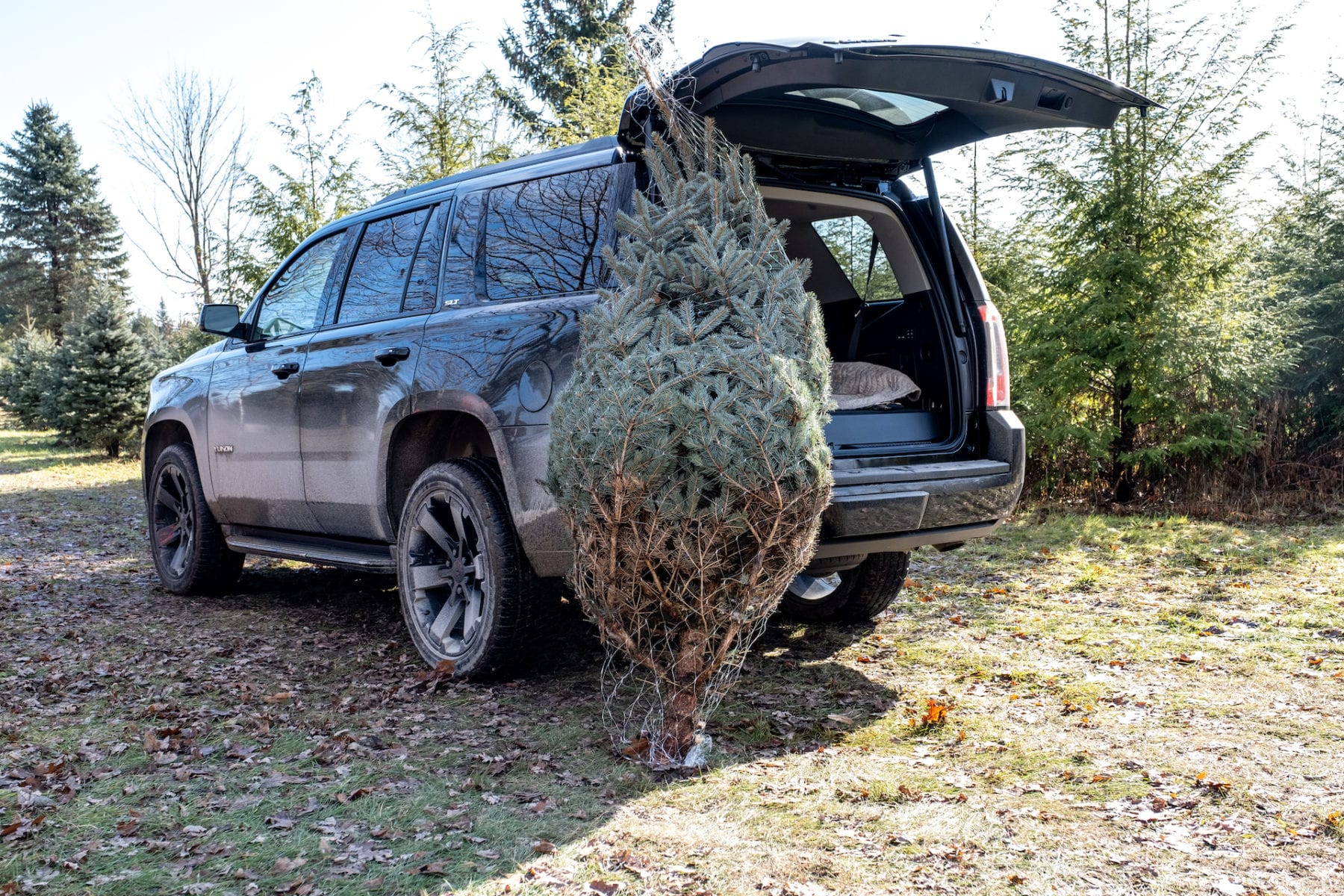 Driving in and around the city and suburbs, getting in and out of parking structures, it wasn’t too bad with the Yukon.  The only issue is that since everyone seems to be driving oversized vehicles these days, marked parking areas seem to be thinner than a Paris Runway model. 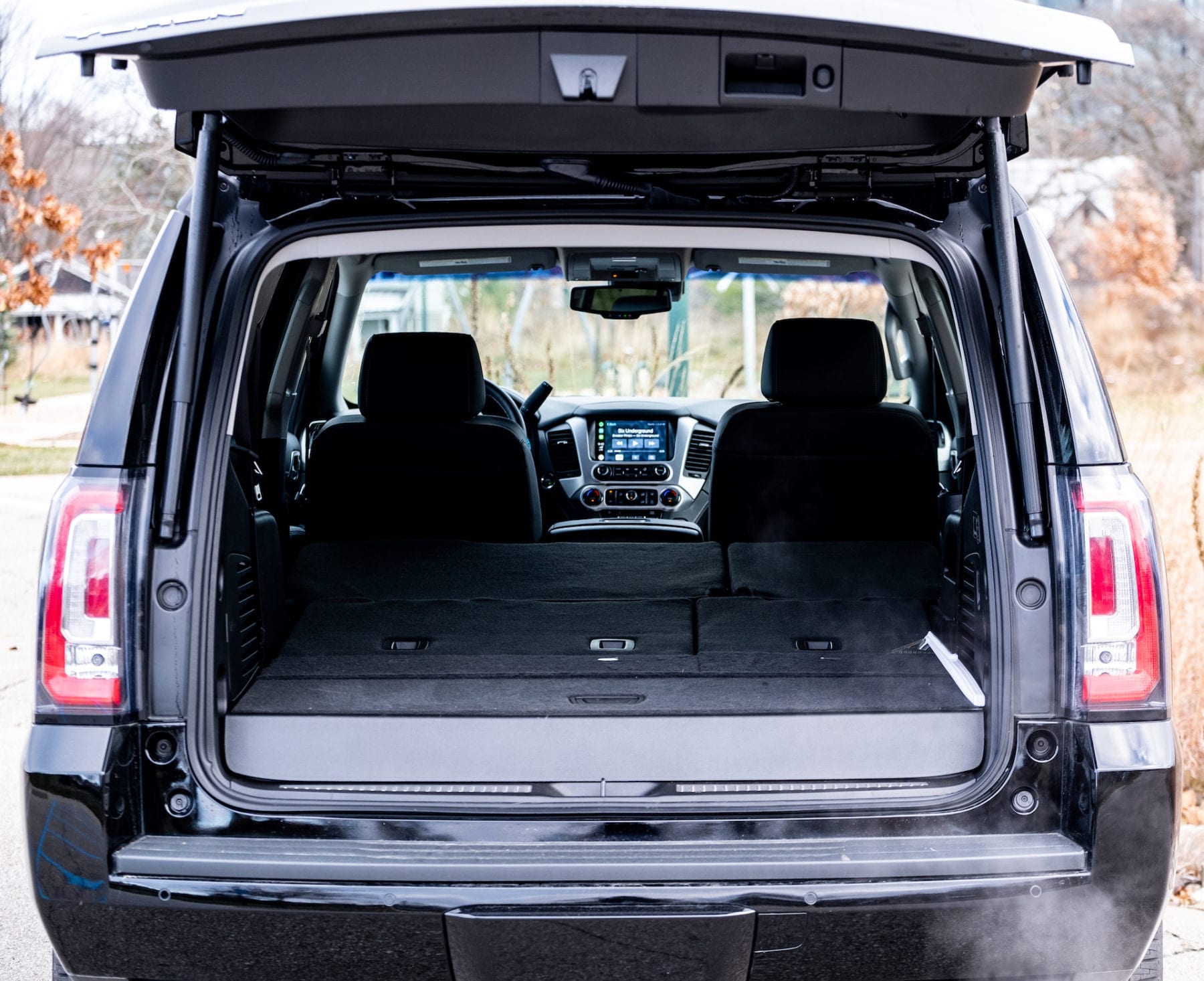 The tech in this vehicle is as you would expect of any vehicle in its class: eight-inch touchscreen infotainment with Apple CarPlay/Android Auto, rear screens for video, 4G LTE hotspot if you pay for the subscription, head-up display, etc.

The next generation of the Yukon will be coming shortly now that the 2019 Silverados and Sierras are on the market. Given how bad the interior is on the new Silverado (I have not driven the Sierra yet), this outgoing generation may end up in high demand. While the interior design and materials are far from best in class, overall this is a very good vehicle that deserves a serious look if you want to buy a full-sized body on frame SUV. 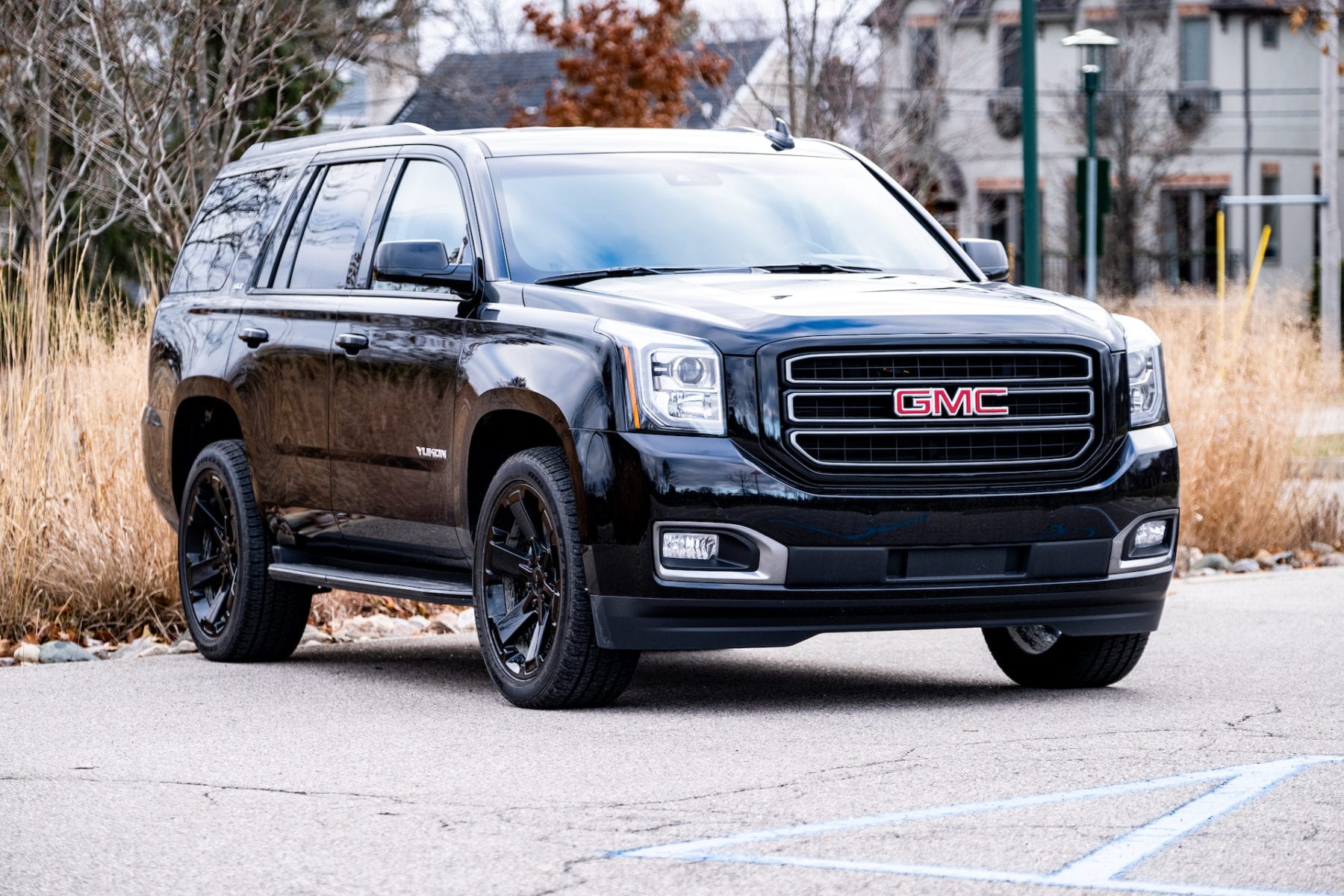