Sadly, these are the existing models that have simply been fitted with a few different parts and trims as opposed to all-new models. And that’s kind of sad as the world is ready for new versions of each of those cars.

Pictures, lots of them here. Specific model info below. 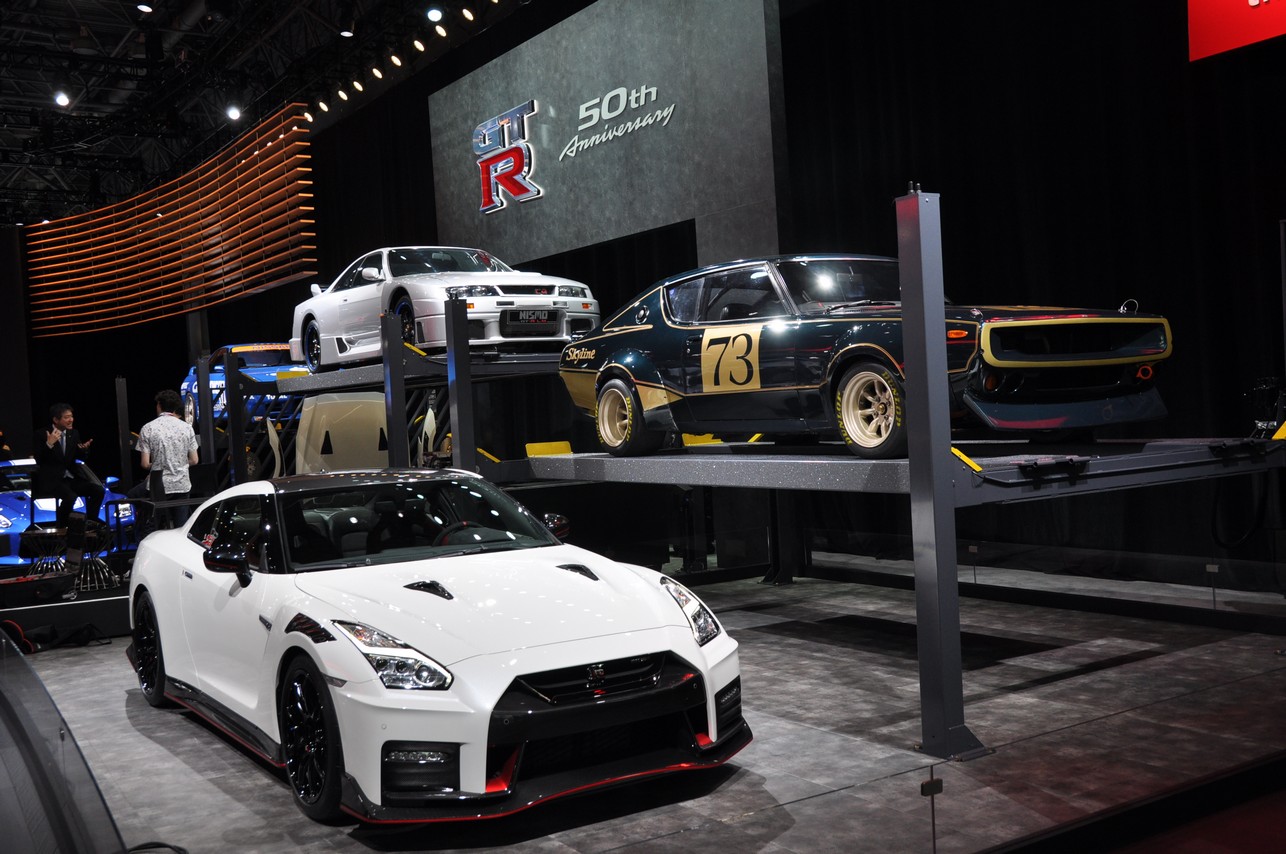 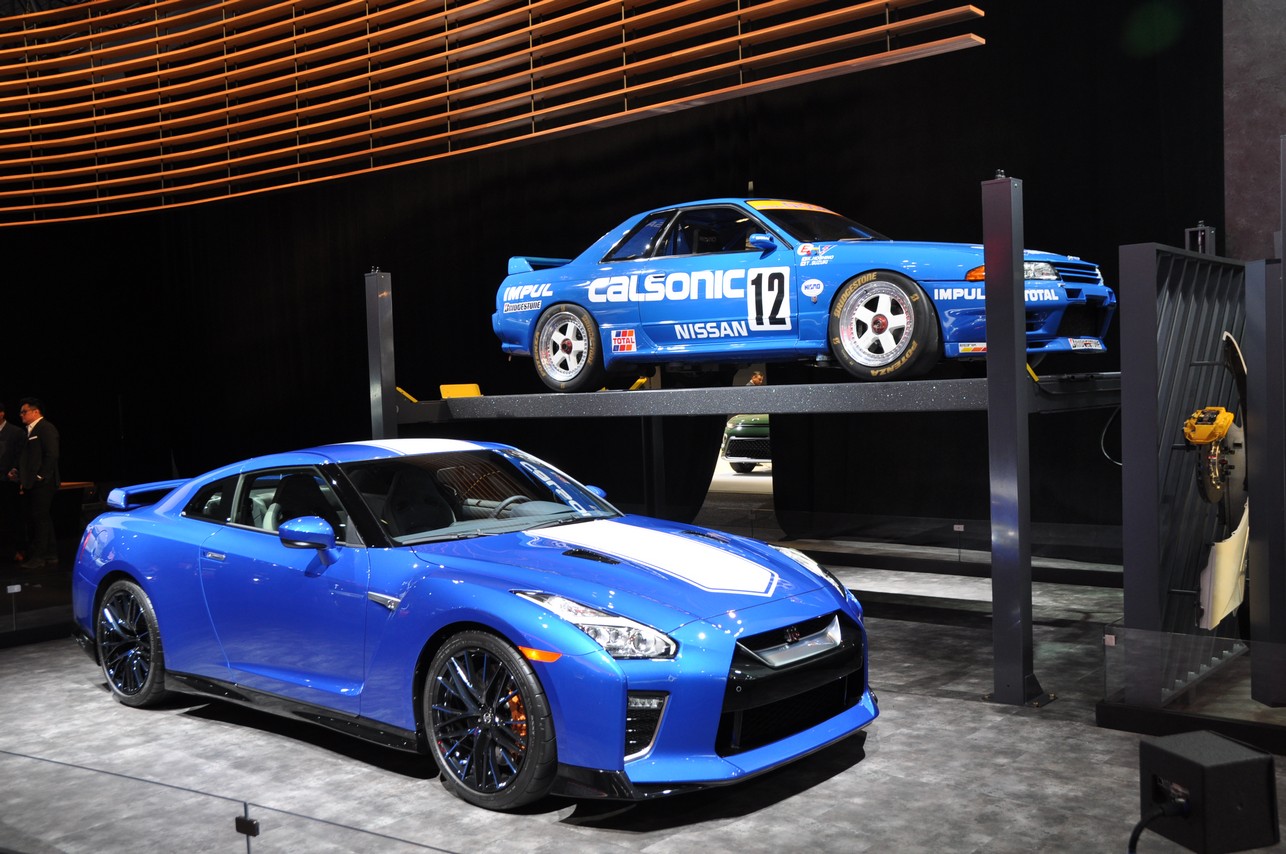 The 2020 Nissan GT-R will come in three trim levels in most markets: GT-R Premium, GT-R Track Edition and GT-R NISMO. In select regions, there will also be the Pure, Prestige and Black models, but it is the 50th Anniversary Edition that truly celebrates the GT-R’s rich heritage.

The special edition car will come in three heritage-era, two-tone exterior color combinations meant to represent the GT-R’s liveries from the Japan GP series – of which the original GT-R was born to dominate in. Retired since the GT-R “R34” model, Bayside (Wangan) Blue makes a return, complete with white racing stripes. A four-coat, double-heat treatment process ensures a vivid blue with striking highlights and deep shadows. Blue accents on the wheel spokes are among several fine touches made to celebrate the GT-R’s milestone. Pearl White with red stripes and Super Silver with white stripes round out the 50th Anniversary liveries.

Inside the 50th Anniversary Edition is a special gray interior color scheme, which gives the cabin a sense of luxury, reminiscent of the atmosphere of the night sky after the twilight hour (the color is also available on select other 2020 GT-R models). Additional 50th anniversary features include unique steering wheel and shift knob trim, special embossed seats, an Alcantara® headliner with unique stitching, Alcantara®-wrapped sunvisors, and more. 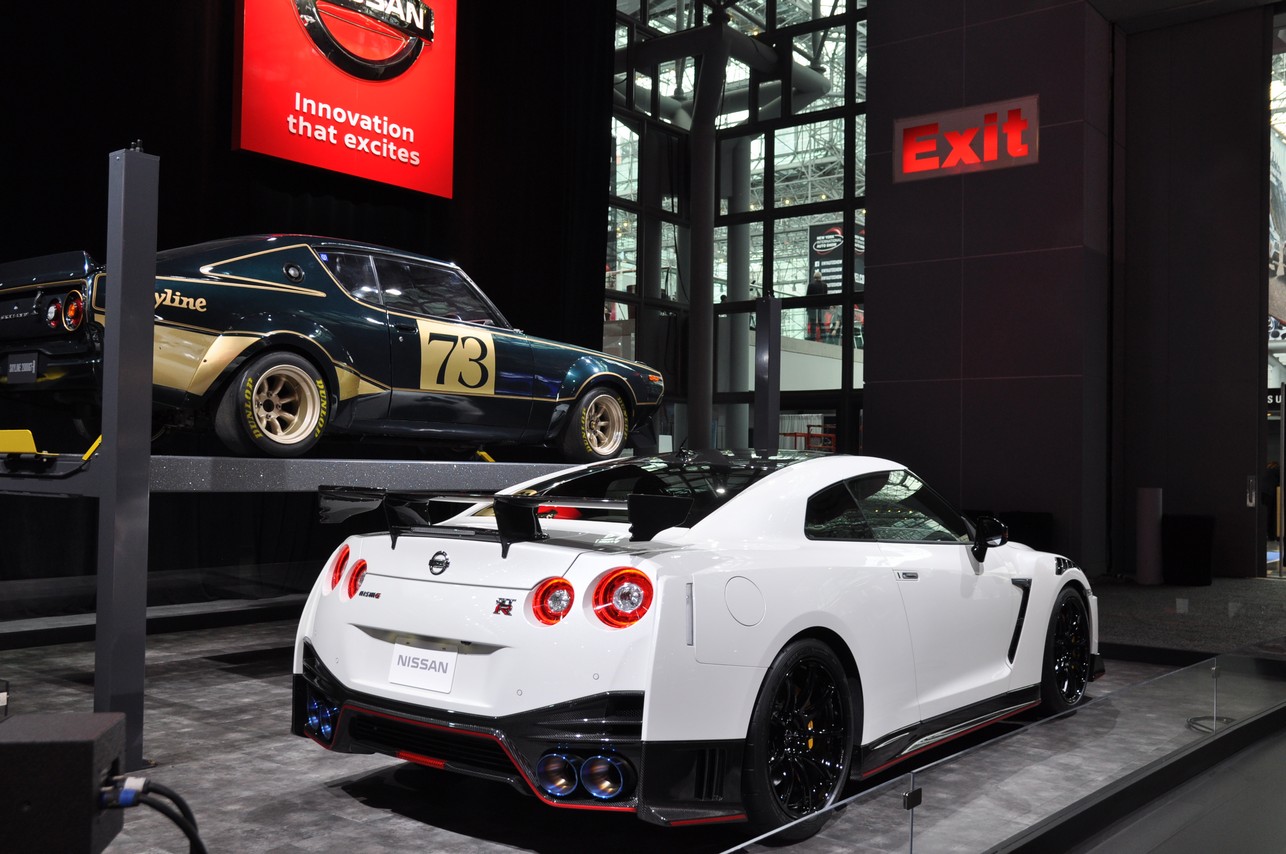 For those inclined to take their GT-R to a race circuit, Nissan offers the revised and very potent 2020 Track Edition, which comes with an optional carbon fiber roof that sports a clean, tight weave made possible by a new construction process.

The engine (for U.S. models) is borrowed from the famed GT-R NISMO, with newly redesigned turbochargers from the latest GT3 series GT-R race car. This results in a 20% increase in pedal-down acceleration reaction time and 600 horsepower.

Optional on the Track Edition are special Brembo carbon ceramic rotors and calipers. Made of carbon and silica carbide, the rotors – 16.1 inches (410 mm) front and 15.3 inches (390 mm) rear – are nearly as hard as diamonds. Paired with the performance brake pads, they generate more friction, which translates into better feel and control in all types of braking situations.

“With the 2020 GT-R, we kept to the car’s concept – pursuing ultimate driving pleasure,” said Tamura. “Once you take hold of the steering wheel, you will immediately know that no other car in the world delivers as much satisfaction to the driver, both physically and spiritually.” 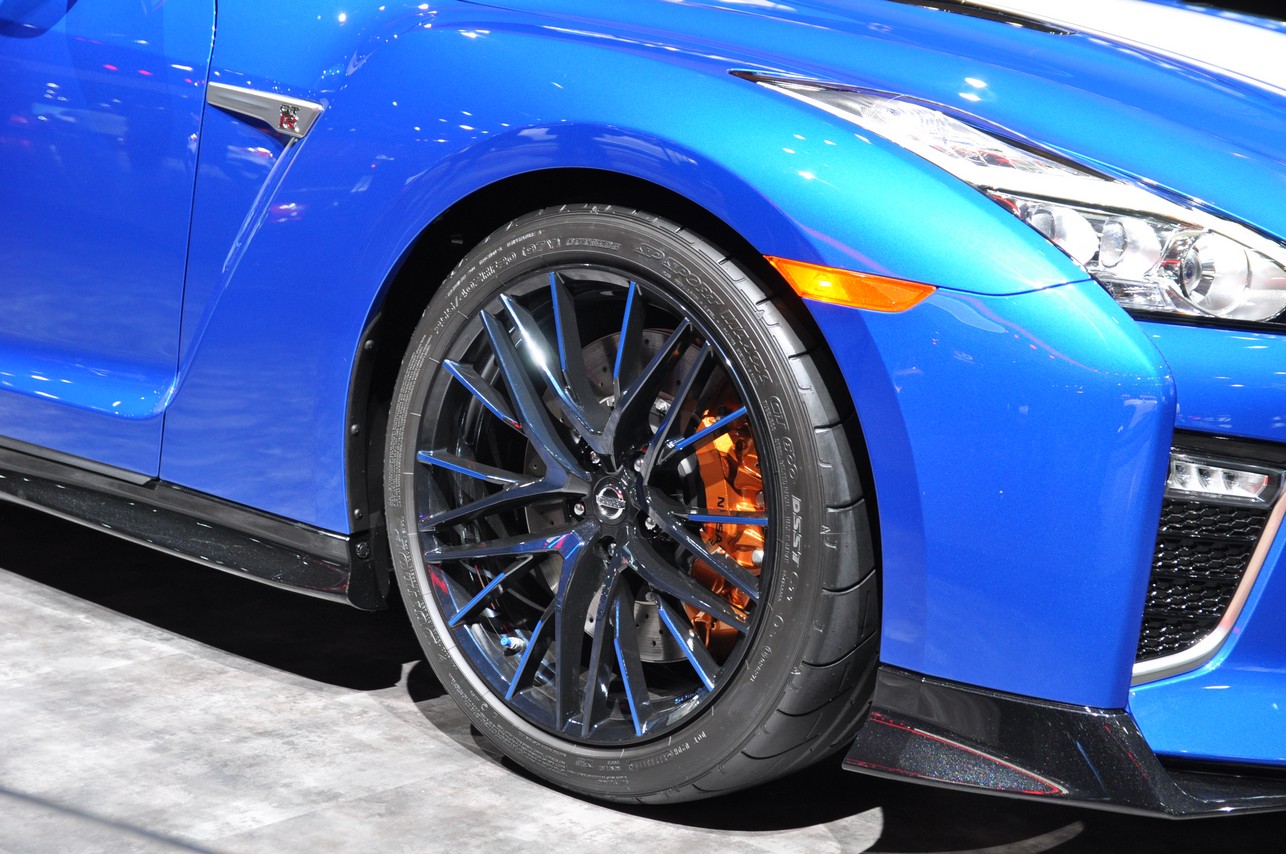 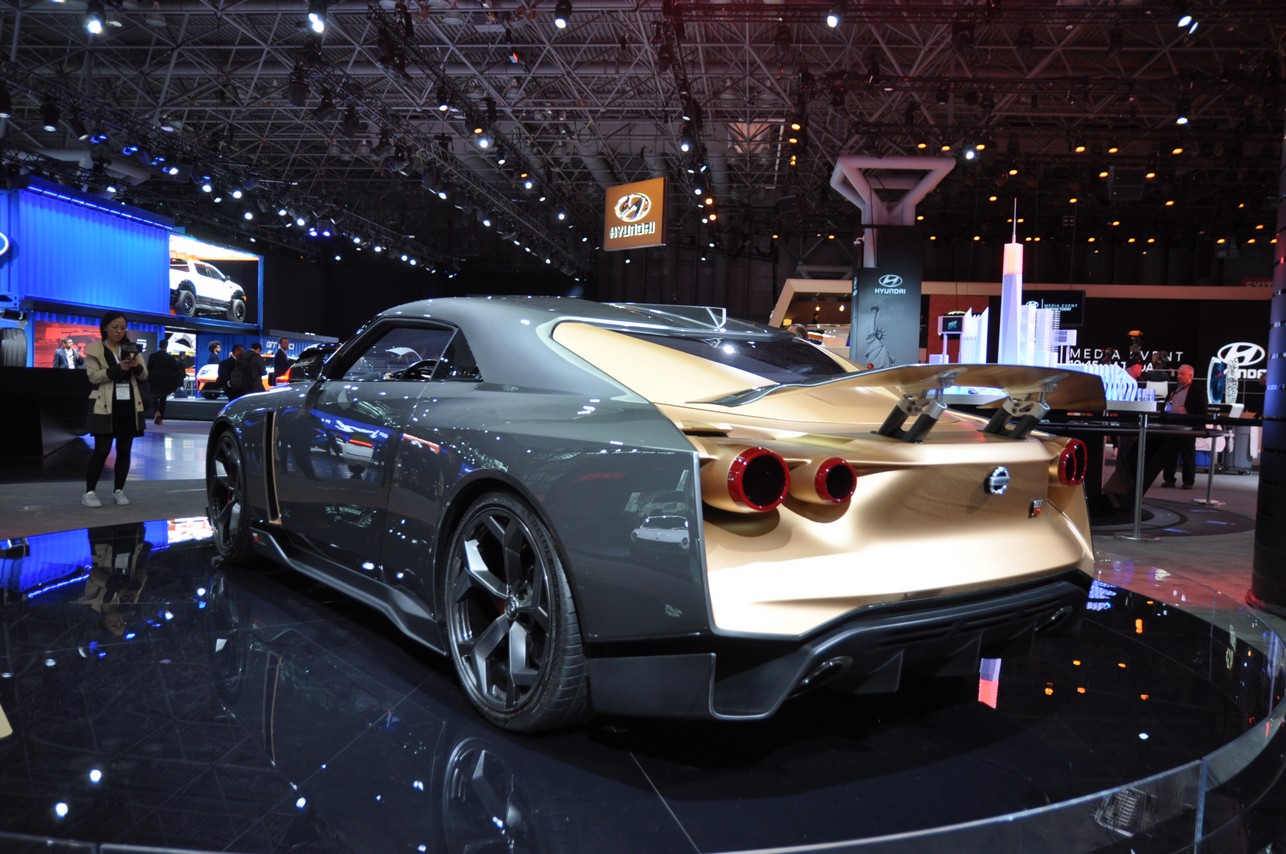 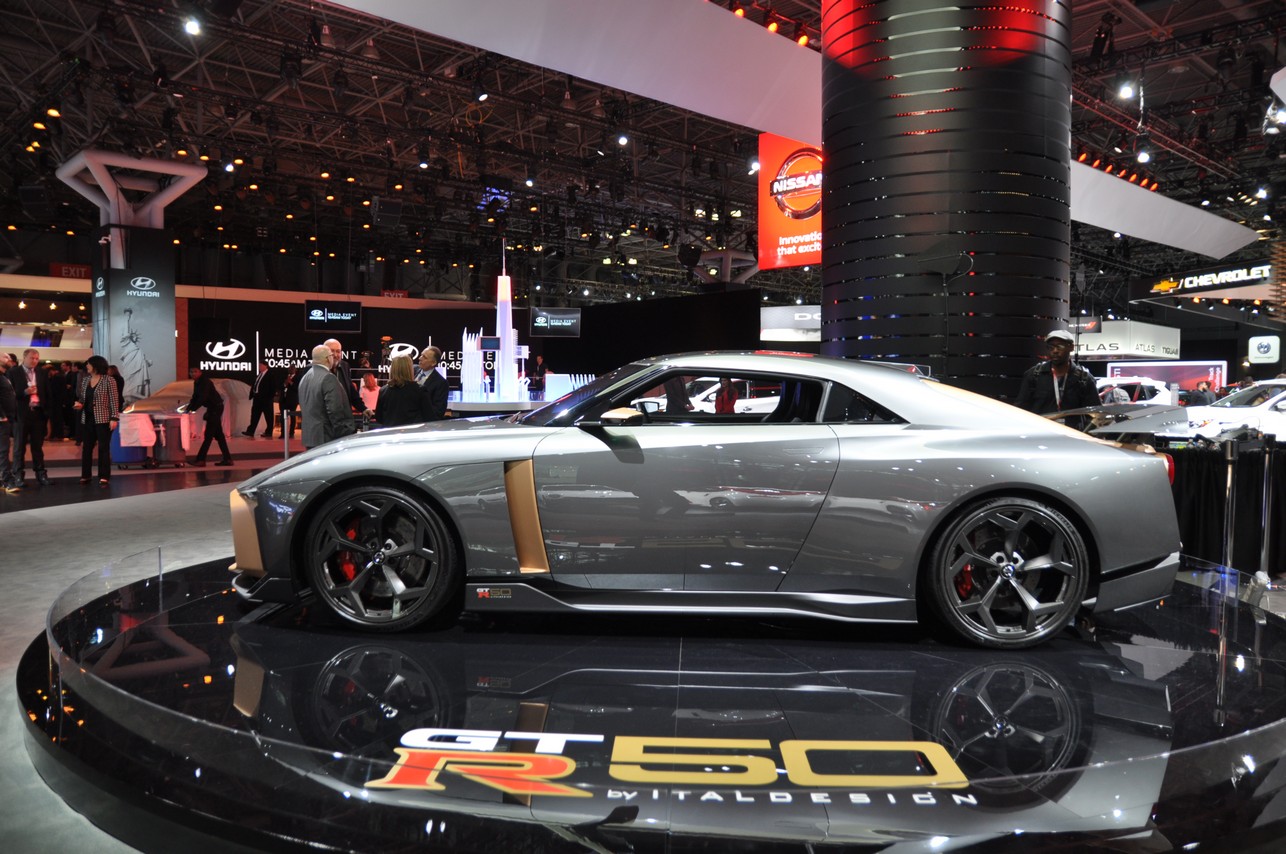 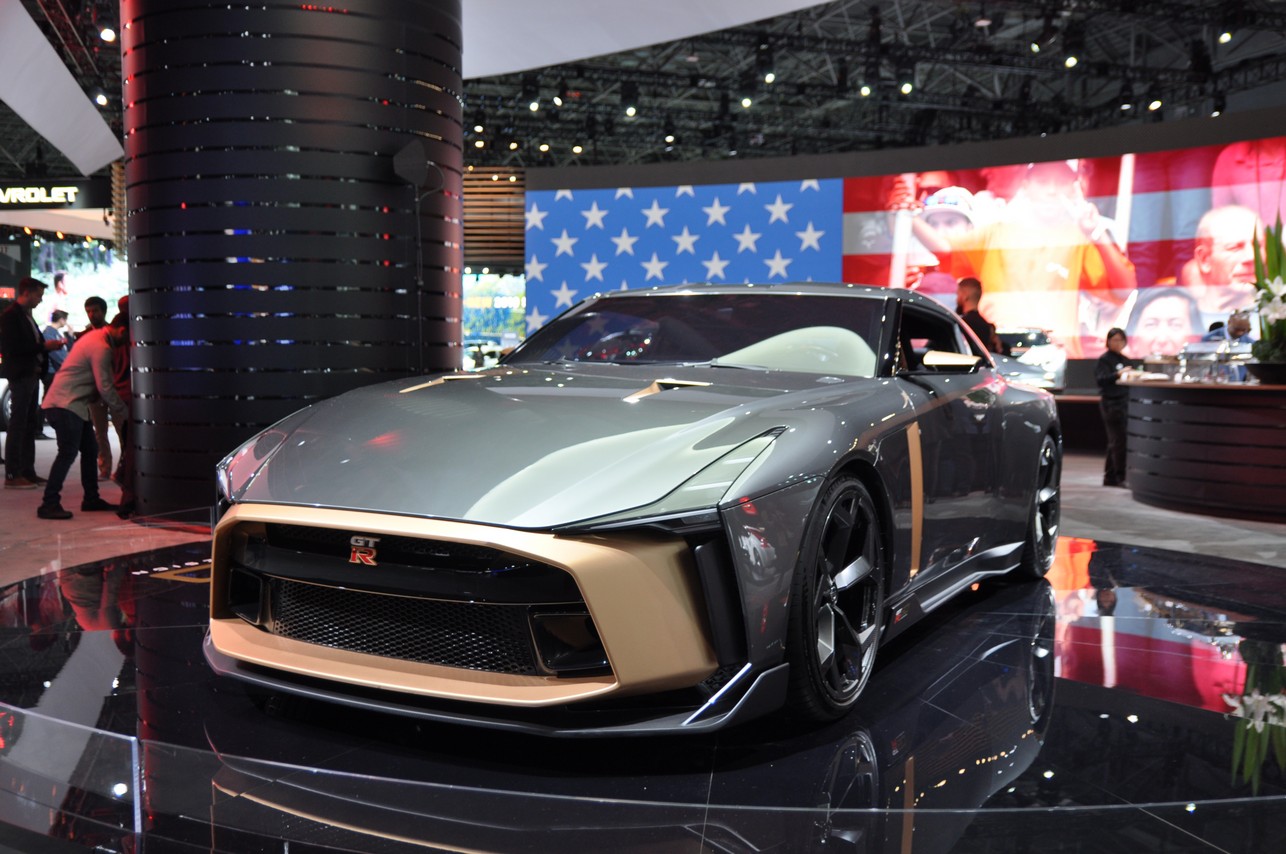 Confession – I forgot to take a pic of the 50th Anniversary Z. I guess I was just more interested in the older models. But looks like it did for the past few years.

For 2020, the 370Z will be available in four trim levels: the base model, Sport, Sport Touring and the 370Z NISMO. The 370Z Sport model is the foundation for the 50th Anniversary model, as it represents the true enthusiast spirit of the original model.1

The exterior of the 370Z 50th Anniversary Edition mimics the livery of the original BRE race car and is available in two different paint schemes: white with red accents, or silver with black accents. Key BRE design cues include the two signature stripes on the side of the car and the painted trunk, hood, side mirrors and A-pillars in the accent color (red for the white car and black for the silver car). Along the side of the car, a thin line runs from the headlight to the rear glass, culminating in a small triangle inspired by the C-pillar of the Datsun 240Z. The package also includes 50th Anniversary identification on the front fender, anniversary rear badging and special 19-inch alloy wheels with red accents.

The 370Z 50th Anniversary Edition retains the sleek profile that has defined Zs of the past, characterized by its low roofline, upswept quarter-window design and slope of the rear hatch. High-intensity discharge bi-functional xenon “boomerang shape” headlights, with an auto on/off feature, and LED daytime running lamps combine with a distinct front bumper design for an aggressive, yet elegant face.

At the rear, the integration of the boomerang taillights, rear spoiler delete and wide, flared fenders highlight the car’s strong, athletic shape.

Inside, the driver-centric interior is framed by a deeply scooped instrument panel. A full-length center console separates the driver’s seat from the passenger seat. The design incorporates a “layer concept” with an information layer, an operation layer and a holding layer. Special touches include a “50th Anniversary” steering wheel wrapped in Alcantara®, with a race car-inspired centering stripe. The leather-appointed and suede-covered heated four-way power seats, which feature adjustable lumbar support, have unique stitching, graphics and the 50th Anniversary logo embossed into the backrests. Dark chrome accents are used throughout the interior, including special kick plates adorned with the Z logo, and synthetic suede door panel inserts exclusive to the special edition model.

The information layer provides good visibility and easy access to all key data. The gauges are attached to the steering column so that the driver doesn’t have to choose between a preferred steering wheel position and gauge visibility. The large upper steering-wheel opening in front of the gauges is designed to provide a good view of the readouts, while the special 50th Anniversary logo on the tachometer celebrates Z performance. 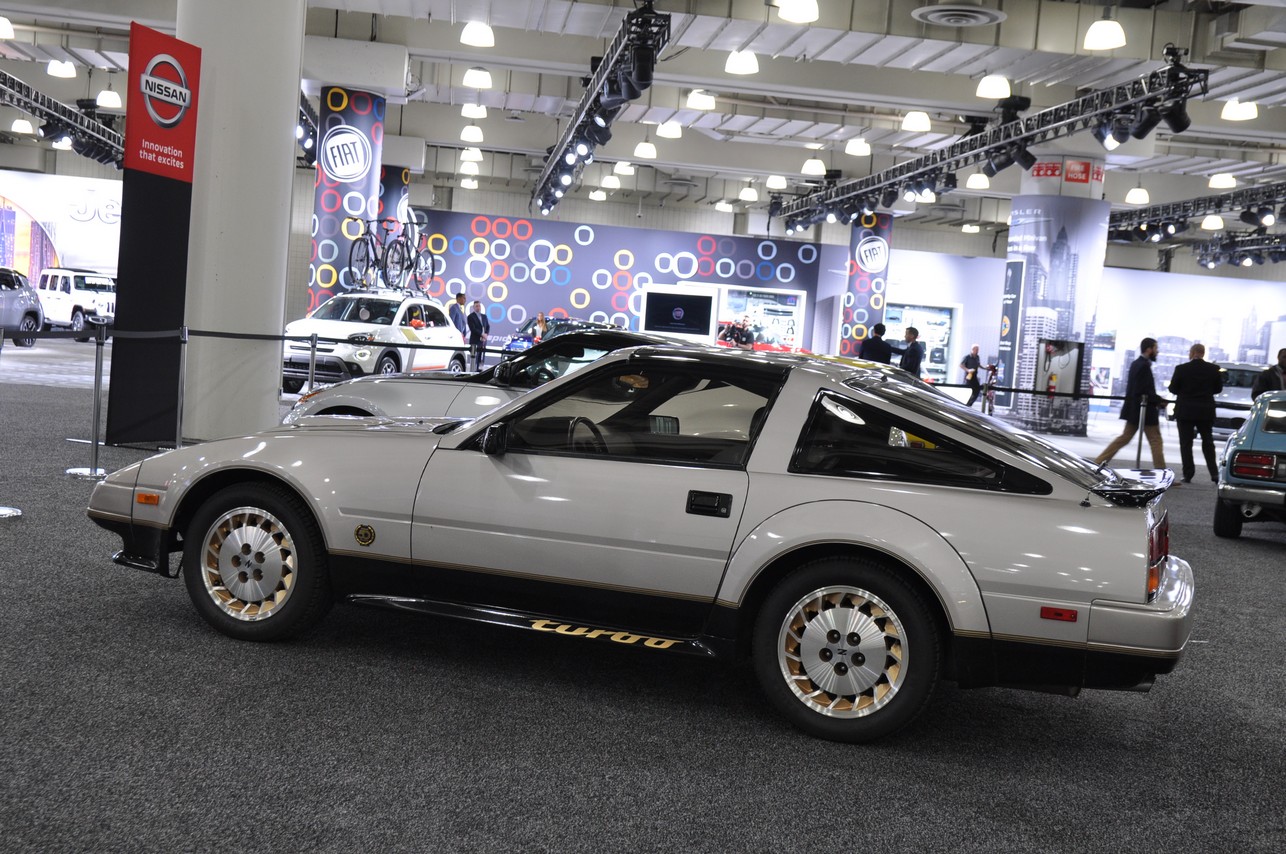 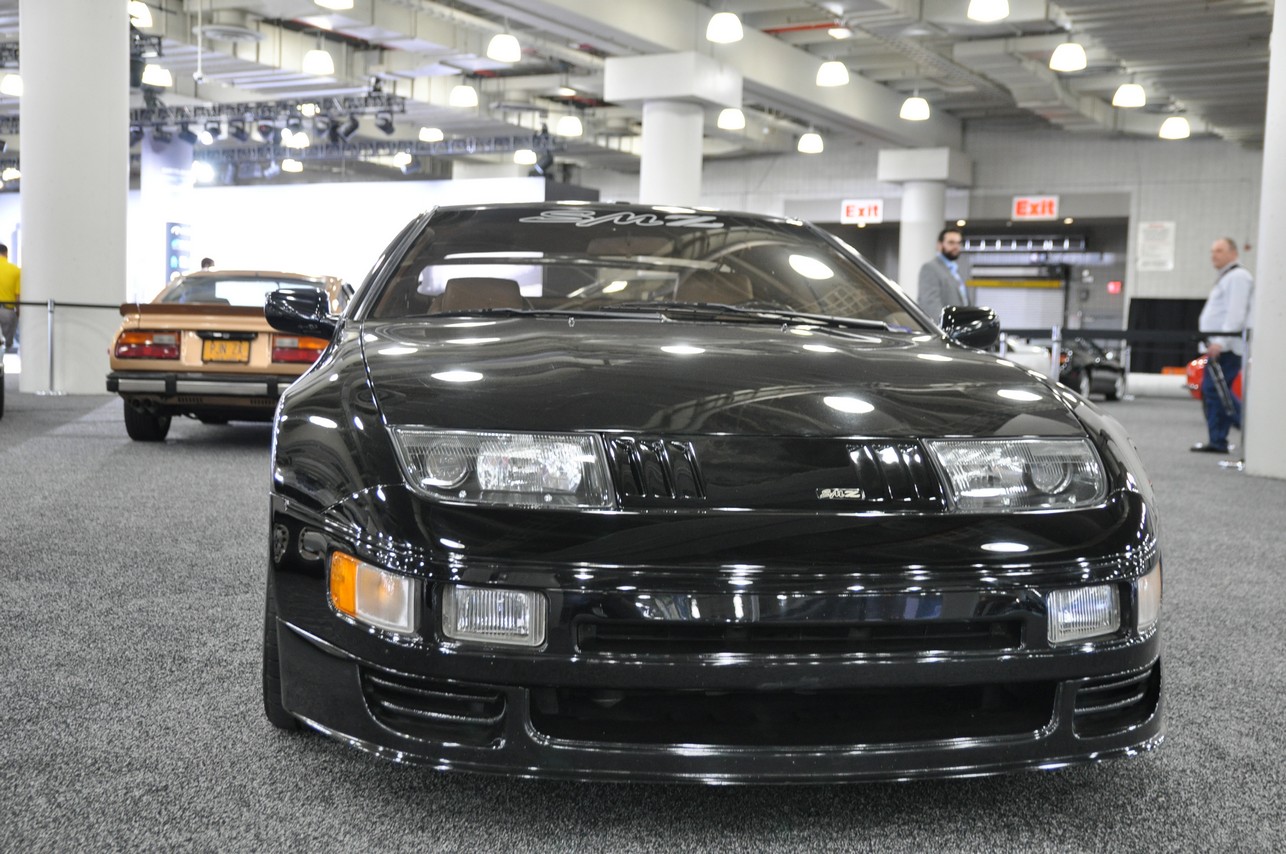 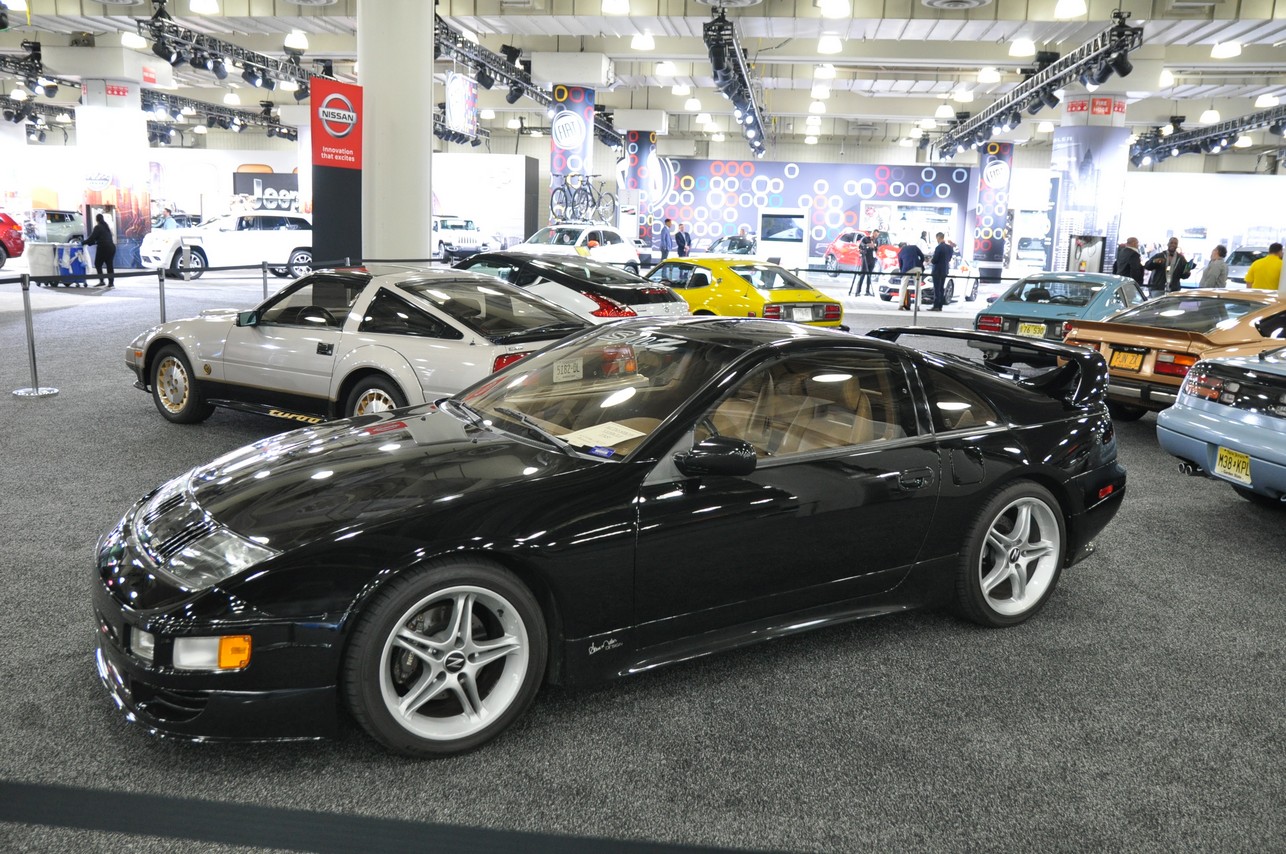 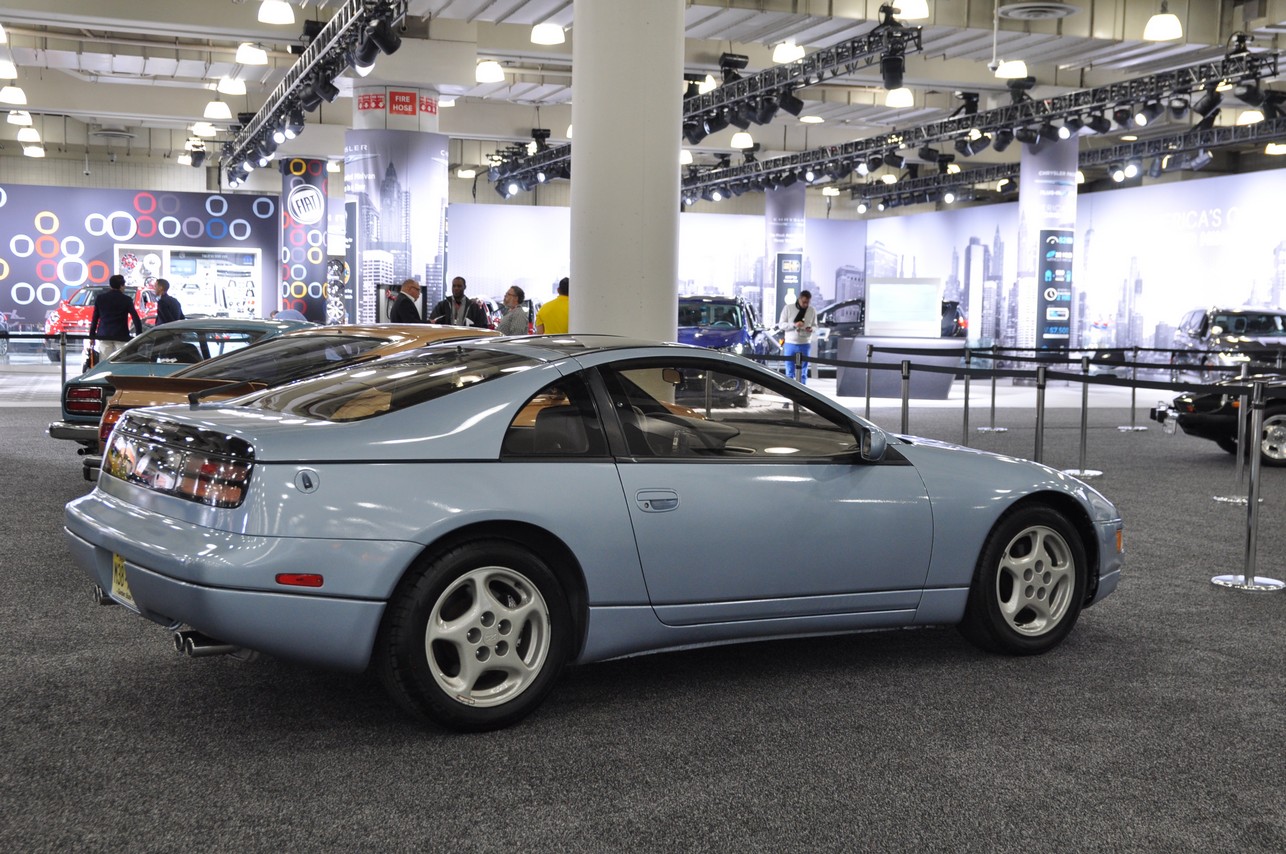 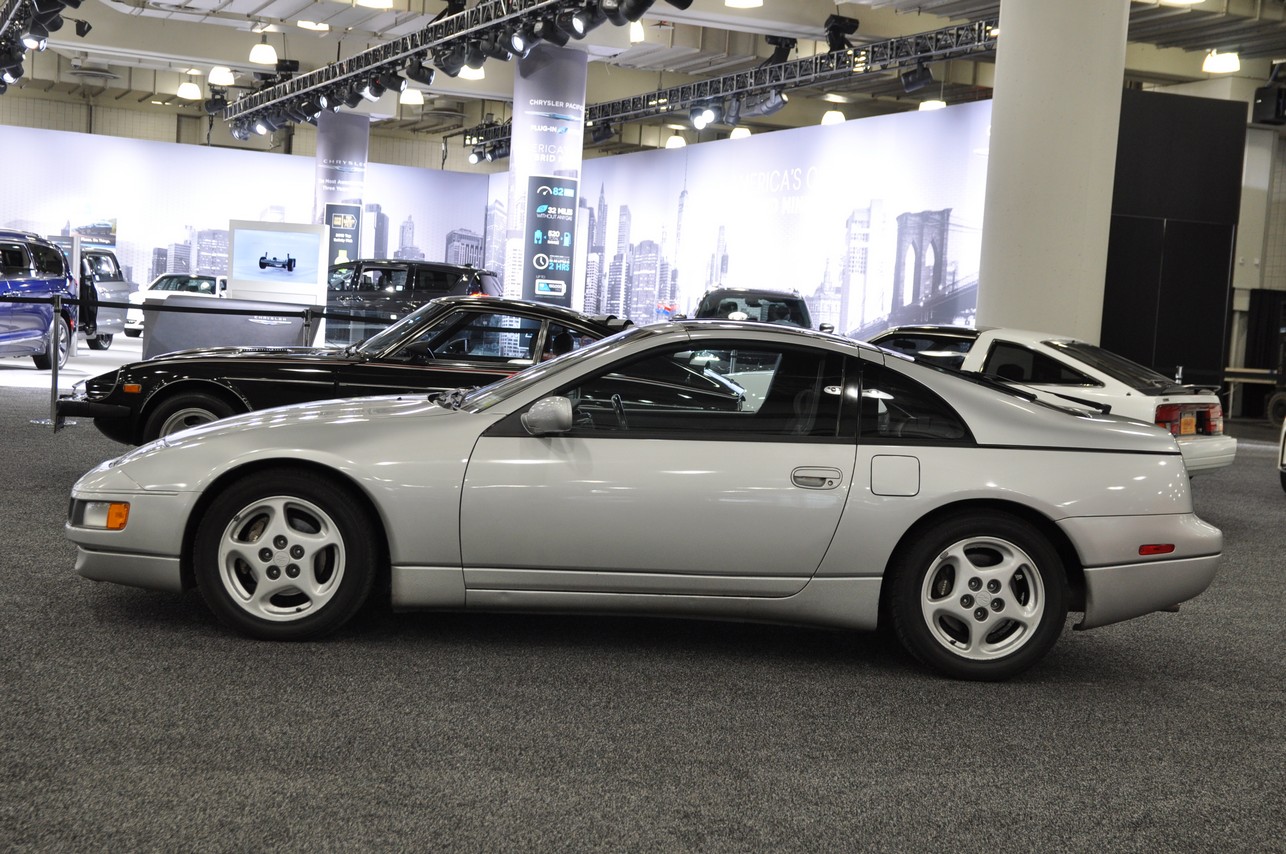 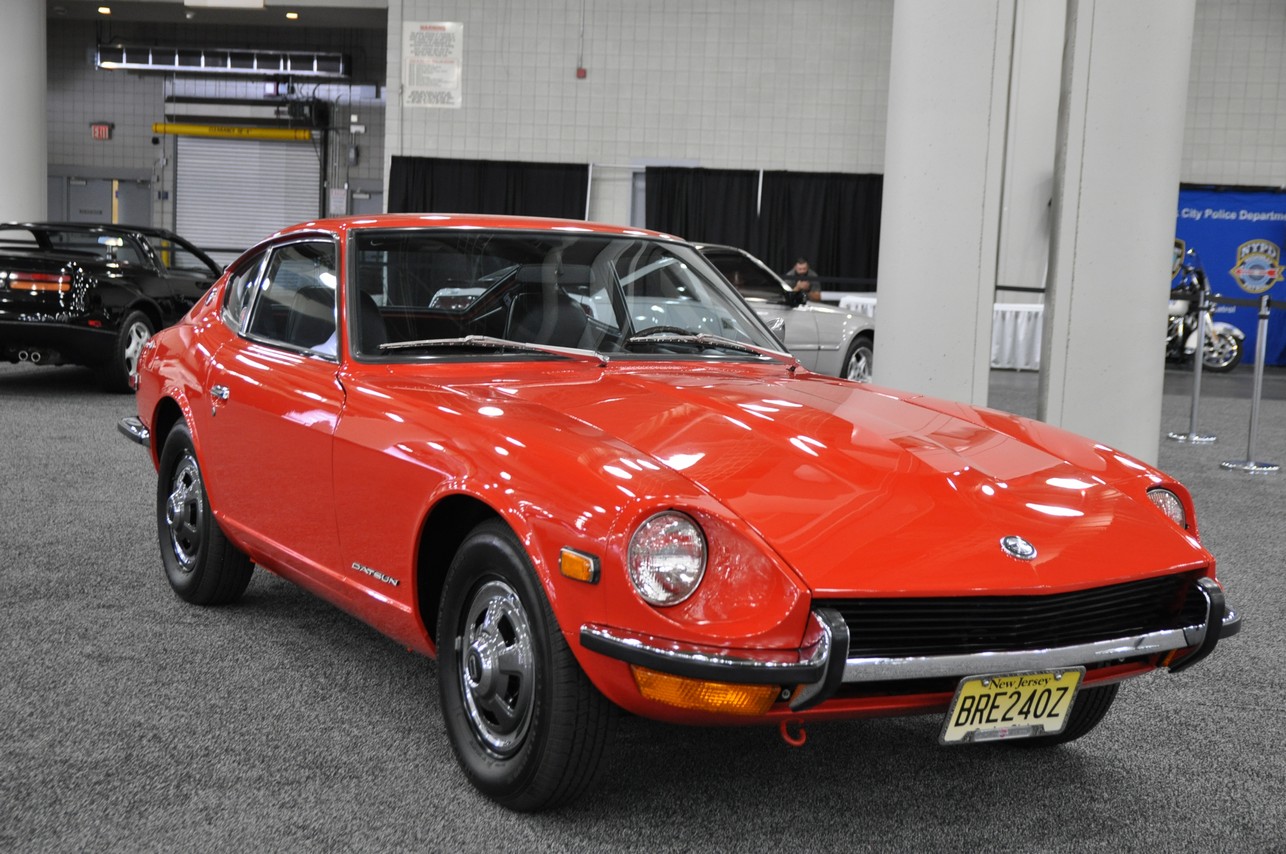 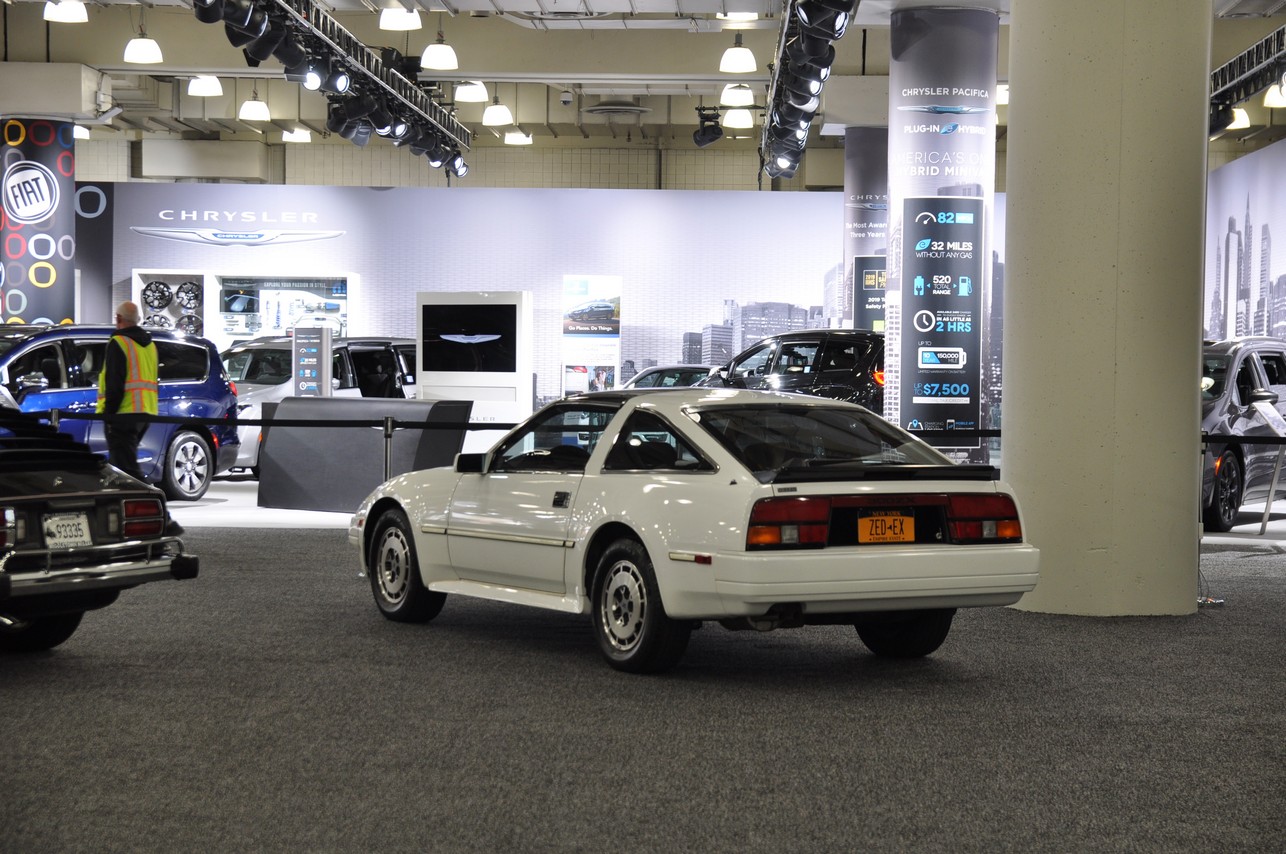 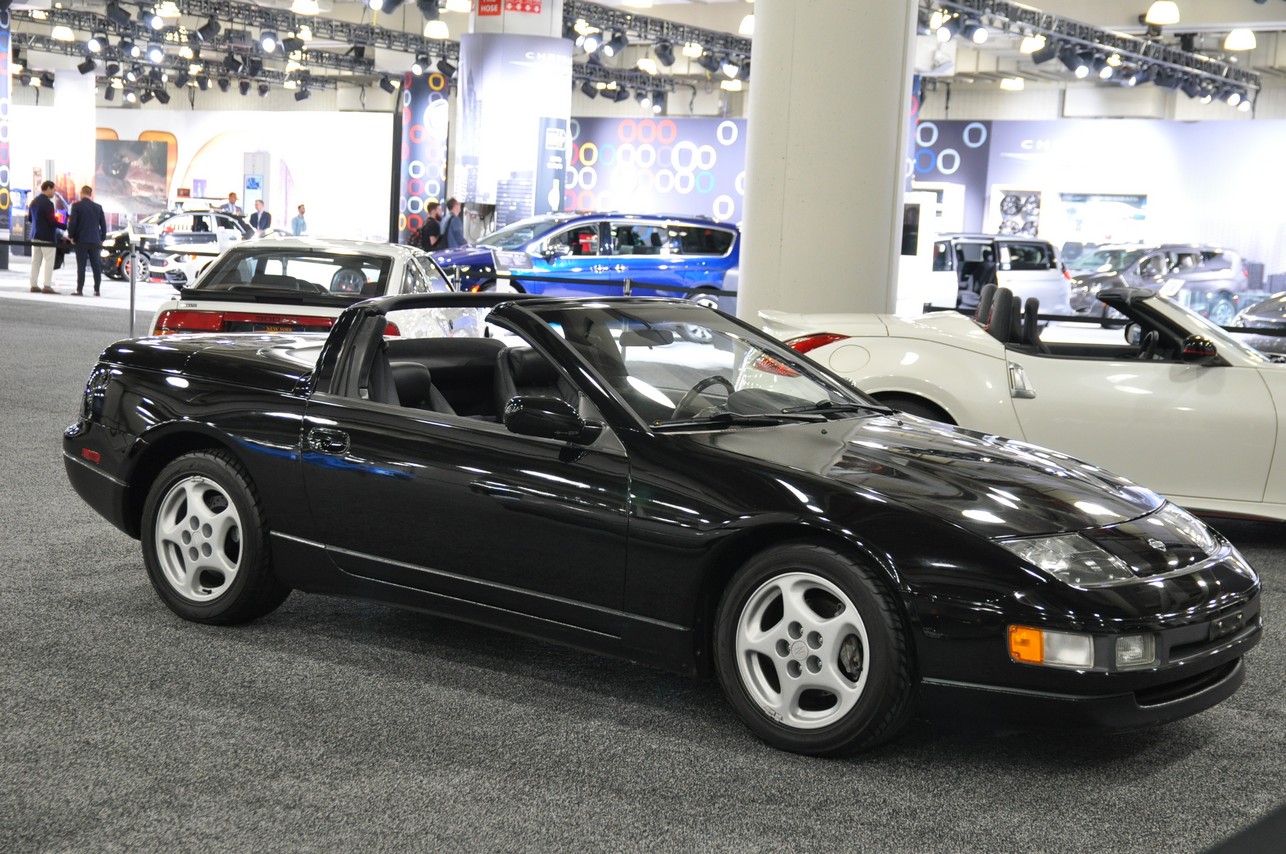 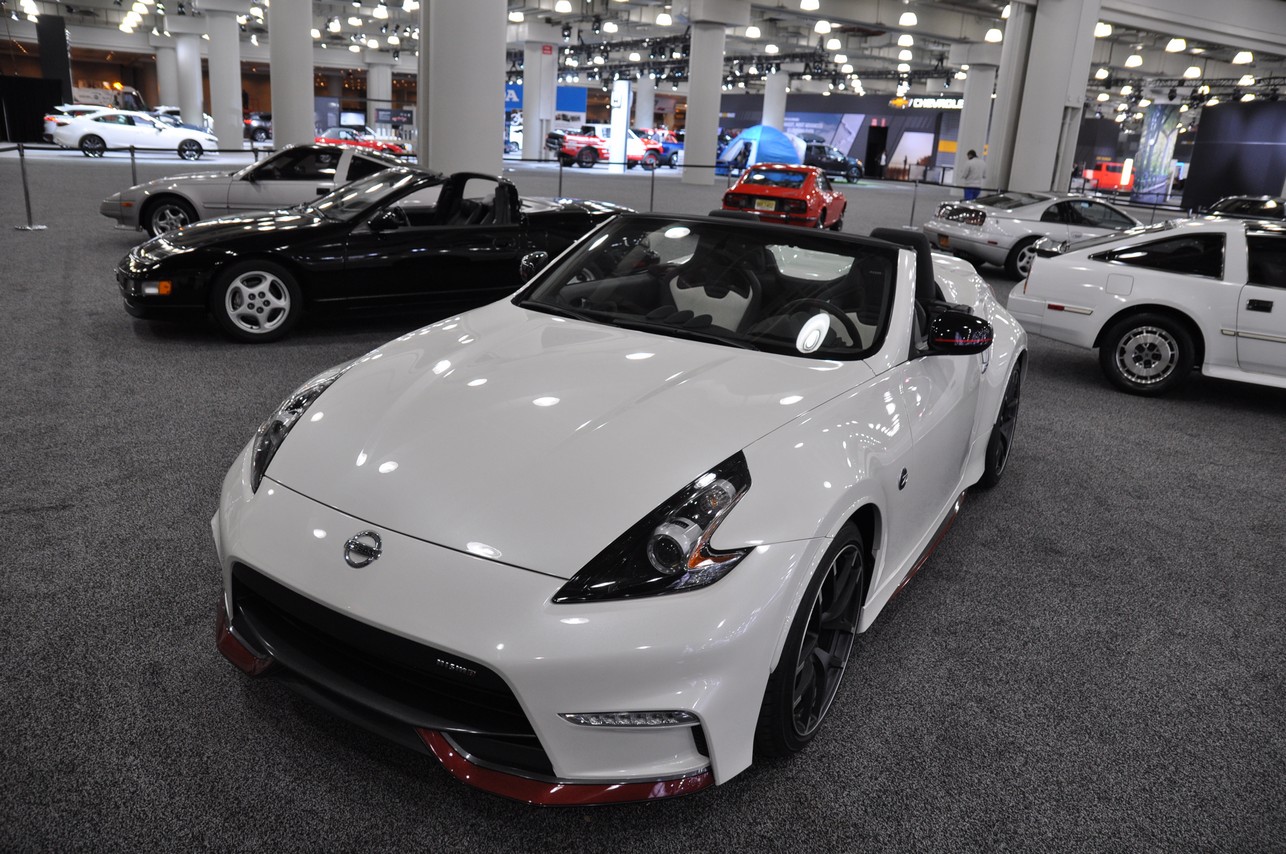 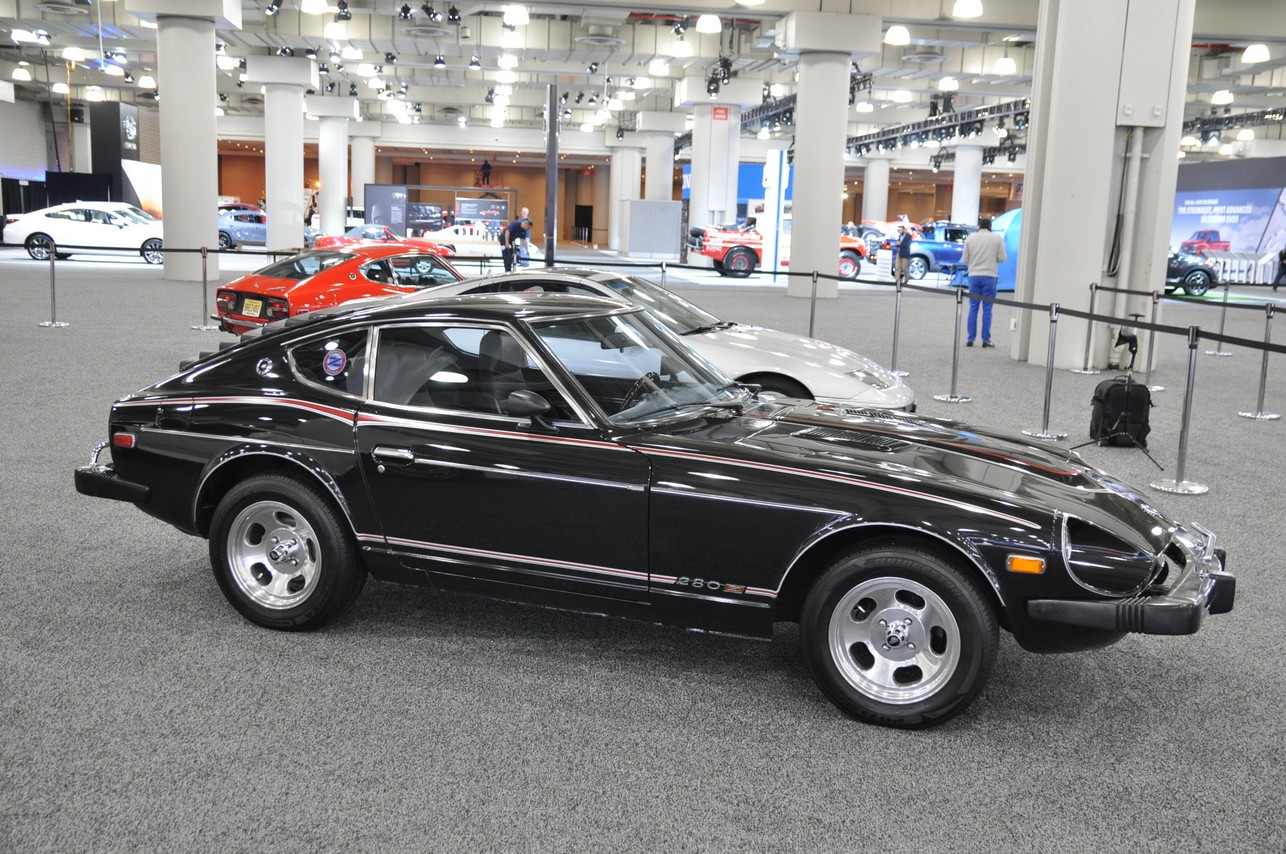 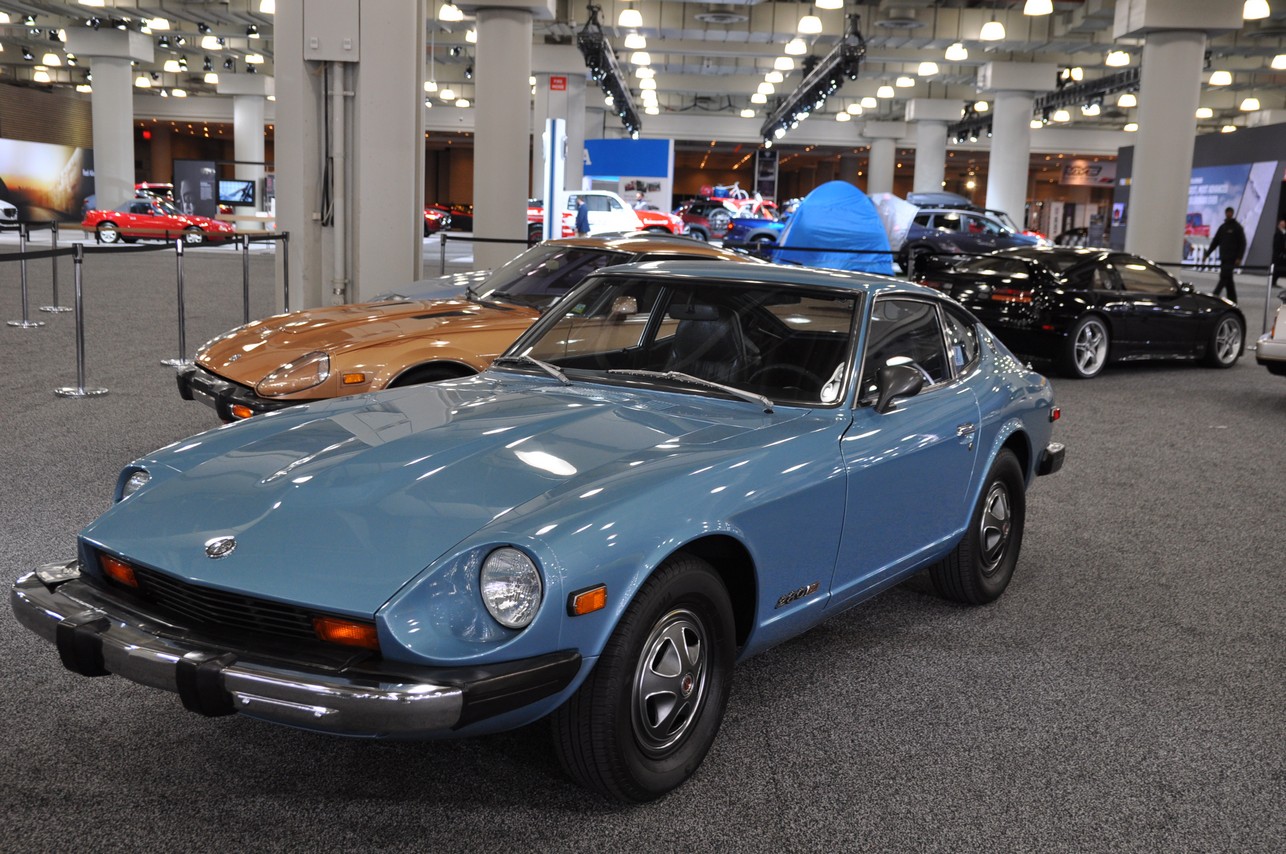 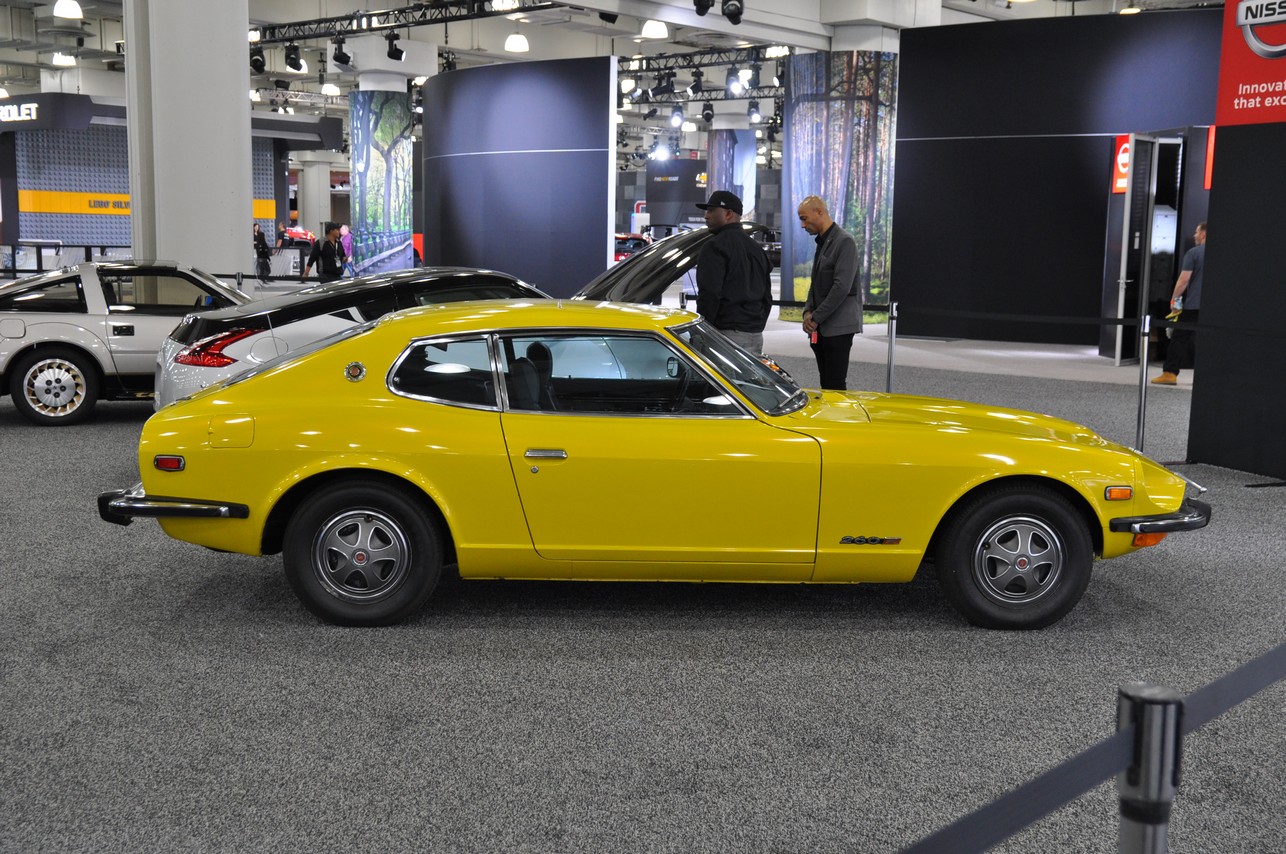