Not Lame Not-Yet-Classic: Find Peace with the Suzuki X-90

Lamest Classics isn’t a positive series. It’s snarky, it’s crude, and it can be kind of mean. Which is to say that I am also all those things sometimes. But only sometimes.

The country and the world are in a bad place right now. It isn’t the best time for that kind of negativity. Rather than beat up on a vehicle that could be something somebody truly loves, today I’m setting the schadenfreude aside and looking at one of my favorite not-lame classics. A vehicle I actually considered for this series before I slapped myself and said, “You idiot. These are awesome.”

Well, and they’re not quite classics either, in the eyes of the law. The Suzuki X-90 wasn’t available in the United States until 1996, but it started selling in Japan in ‘95. So you could legally import a right-hand-drive model per the federal 25-year import rule, but you can’t yet slap classic plates on one sold in the U.S. 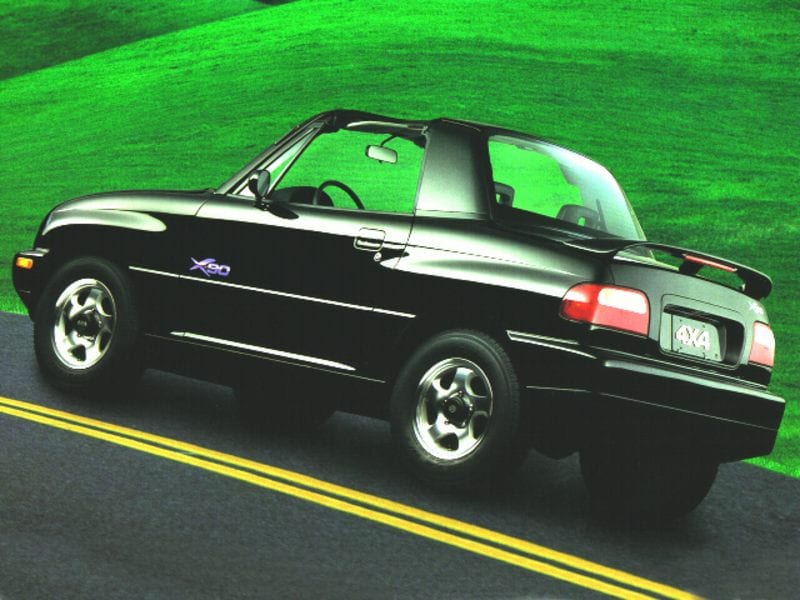 This weird little 2-seater, like most weird-looking cars, wasn’t completely unique. It shares most of its mechanical components with the Suzuki Sidekick. Which means, like its 4×4 Suzuki friends, the X-90 could certainly be capable off-road.

The extremely short wheelbase of the X-90 could be a disadvantage though. The wheelbase on these is 3 inches shorter than a Mazda Miata of that era, and the little ute’s overall length was 10 inches shorter. It was tall but tiny. 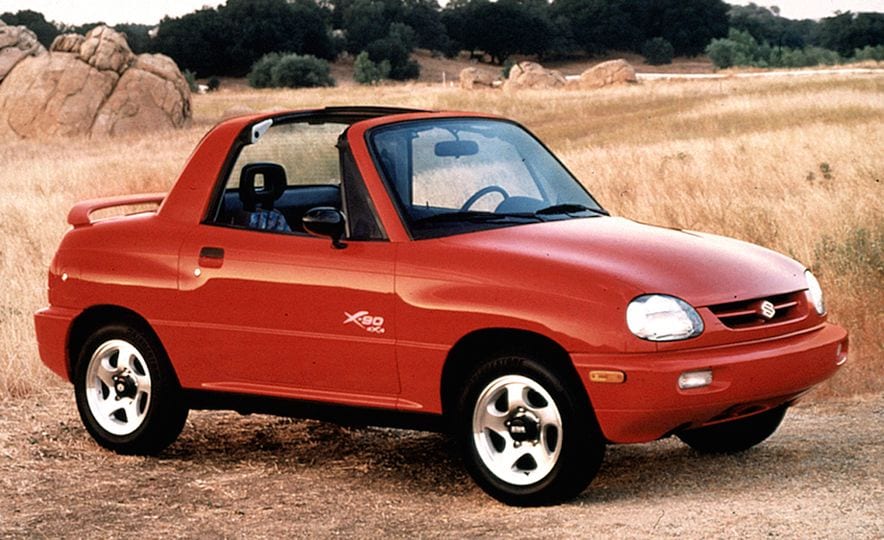 But it did have independent front suspension, a live axle in the back, and could be had with a stickshift or automatic transmission. Not all is lost if you can only find a 2WD model, though: Those were only available with stickshifts, which means you’re all set for making a drift car.

It wasn’t exactly speedy though. You’ll want a bit more power before you can get it properly drifting (and, you know, lower the suspension, because they’re a little tippy).

No, the original 1.6-liter Suzuki engine made just 95 horsepower. That’s about a tenth of the Escudo Pikes Peak car that I came to love in Gran Turismo, not realizing until decades later that Escudo was the Japanese-market name for the Sidekick. 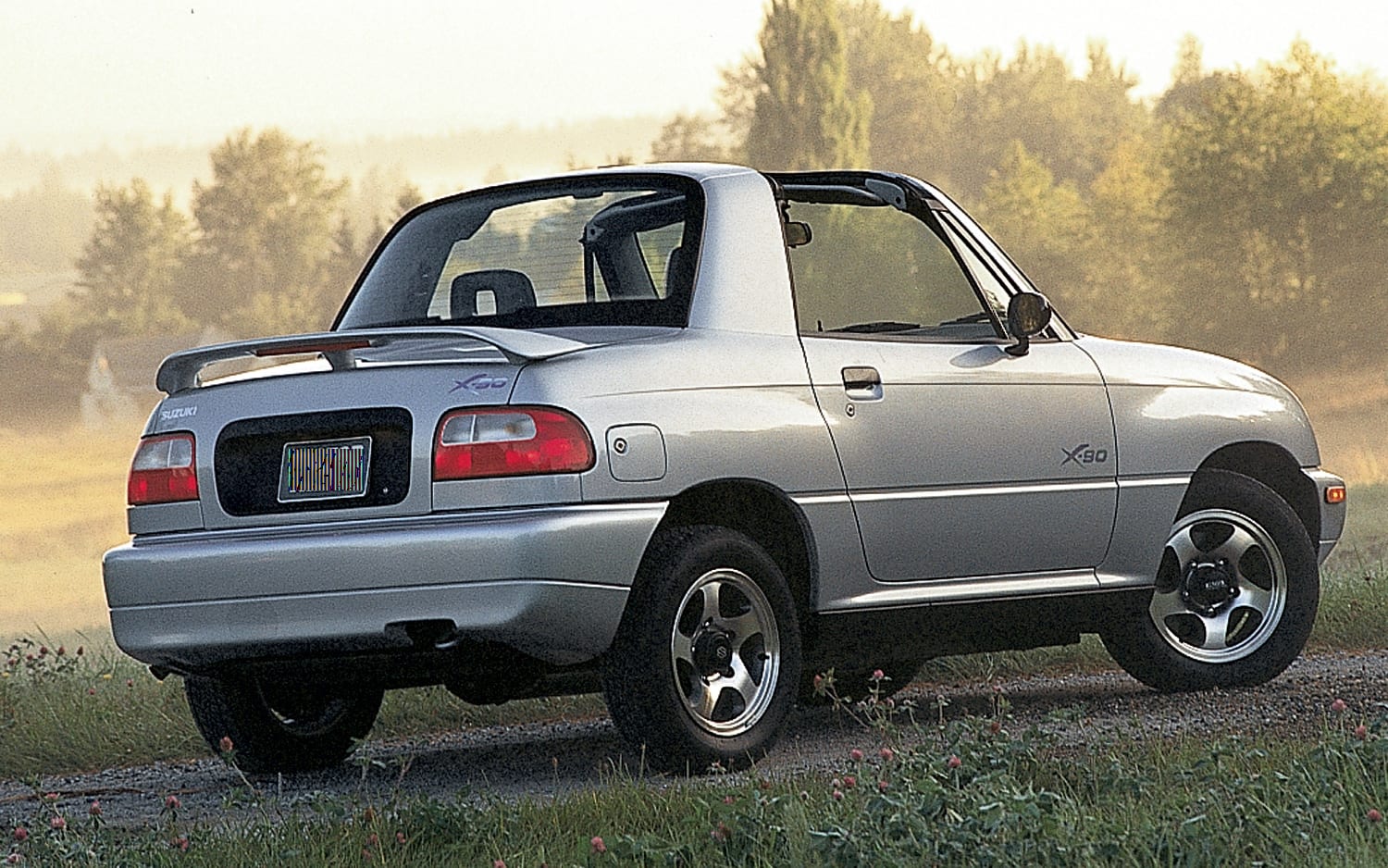 There were just over 7,000 of these imported to the U.S. between 1996 and ‘98, though very few were sold in that last year. They weren’t exactly hot commodities — not surprising, for a 2-seater — which means they’re somewhat hard to come by today.

However, these must be fairly durable. For how few there were imported, I’m shocked to find so many for sale. You might remember when I mentioned attrition rates in discussing the lame VW Passat. I had to scour the earth to find just one of those for sale in the entire country.

There were half as many X-90s sold as Passats, and I can easily find nine of them for sale within a few hundred miles of me. A few of them are even past a quarter-million miles. 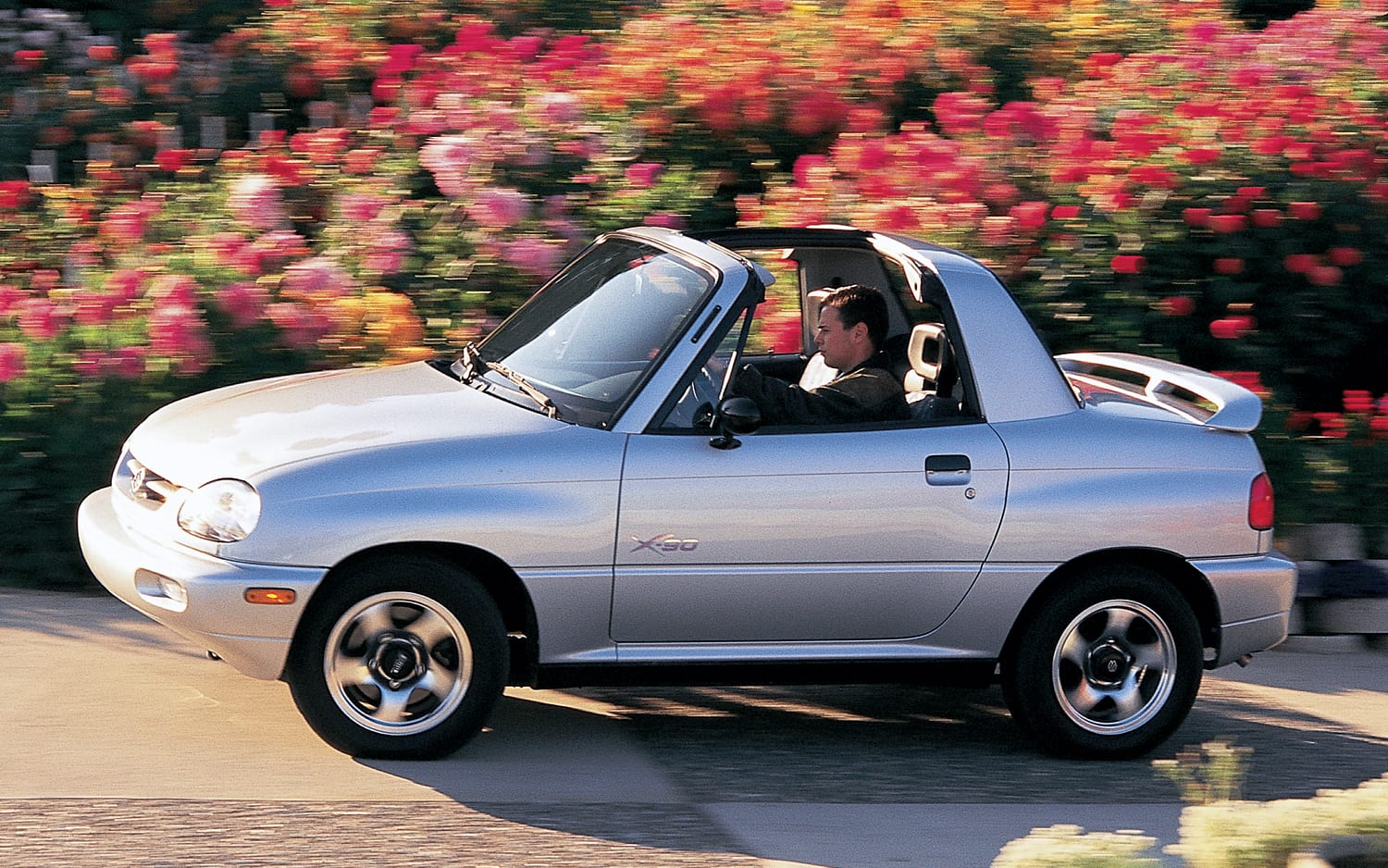 And they’re not cheap, either, unlike the unremarkable Toyota Tercel.

Suzuki fans are loyal, so they hold their value: Small supply, well-matched demand. Though these cars weren’t huge sellers, there are enough fans of them to keep prices between $3,000 and $6,000. 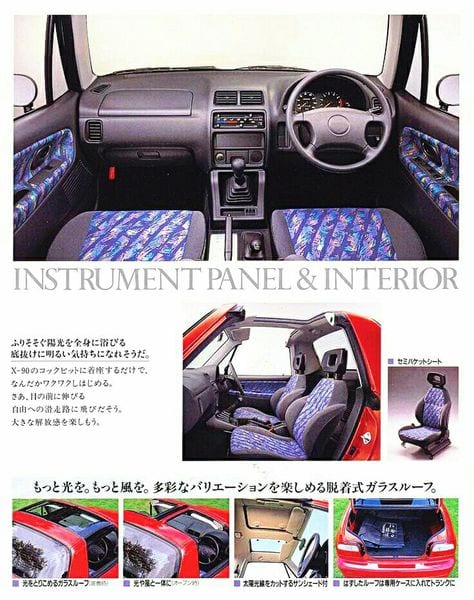 But they’re legit classics: Unusual, rare, and at least a little desirable. The almost-solo-jazz upholstery is guaranteed to draw people in even faster than VW’s GTI plaid. The only downside is that the law doesn’t consider it a classic yet. 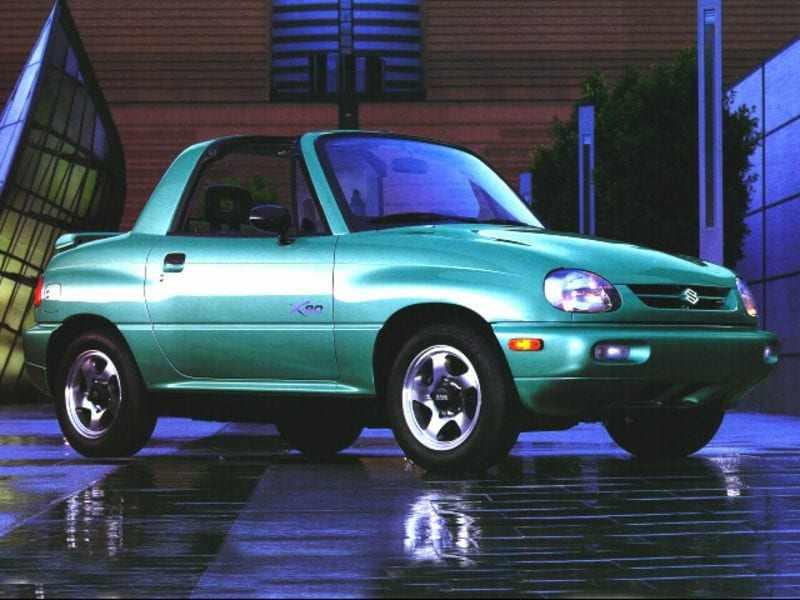 But don’t worry. Don’t fret. The 6-month wait is not a problem, it’s an opportunity. Bide your time. Find the perfect one in that fabulous ‘90s purple or teal. It may sound like I’m being facetious here, but I guarantee you, this is sincere: by the time you’ve got it all squared up, you’ll be able to hit the DMV with your head held high, because you’ll have something truly special.