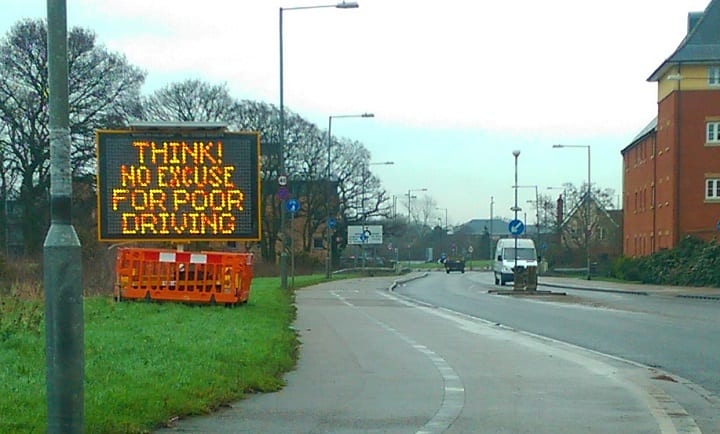 “No excuse for poor driving”. Well, what if you’re a poor driver? This dot-matrix sign shows a current UK Gubbmint road-safety initiative. The thing is, that brightly illuminated road sign doesn’t really mean anything, does it? You can be a poor driver without actually causing any specific motoring offence. In fact, unless accompanied by a certified “good driver” for every highway mile, how does a driver learn that, they are, in fact, rubbish? “Poor driving” is an undesirable characteristic, but as far as I know not actually illegal unless it encompasses an actual traffic offence, such as speeding or using your phone behind the wheel. Both of these can actually be policed against, so “no excuse for speeding” is a valid thing for a road safety campaign to shout, and indeed many of the static speed cameras on UK roads have that slogan emblazoned on their backs so boldly that, even if you think there’s an excuse for speeding there really isn’t an excuse for being caught doing it. Just like shouting at your exam-flunking offspring to “BE BETTER AT MATH!” might not get the desired result, is there a more tangible way to see in improvement? 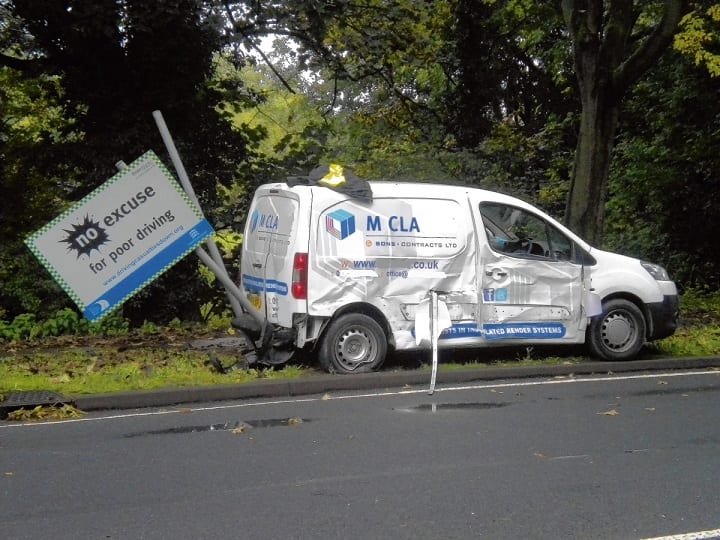 Overall there’s always room for improvement in the general standard of driving on our roads. Nobody’s perfect. So rather than spending tax money on pointless electronic display-boards nagging us to just be, you know, better, how can the government convince road users to have pride in their driving? To not only drive legally and in a manner free of offences, but to drive well? Well, I have a fanciful idea, steeped in optimism, which I reckon could work. How about actually rewarding people for good driving? How about, in the same way as that unwanted envelope might flop unexpectedly onto your doormat, containing bad news about a speed limit you fractured three weeks ago and how there’s a juicy fine owing, you might open said envelope to find a little folder of gift vouchers, money-off coupons and little presents, awarded to you by a Police Officer who saw merit in your driving? Wouldn’t that be nice? Everybody likes a bit of positive feedback once in a while, so why not reward the angels rather than just chasing the sinners? You’ve probably got far, far better ideas than I have, so let’s hear them. (This isn’t Hooniverse Asks, Oh, goodness no, that’s far more important. This was just something which came to mind when I saw another silly sign telling me to be a better person)