The inaugural Sonoma Speed Festival went down this weekend at Sonoma Raceway. It was apparent from the start that lot more work went into making the Sonoma Speed Festival stand out from the other historic racing events. Not only were there (conservatively) a quarter of a billion dollars worth of cars from various decades in the more distant past. But one of the headliners of the event, Mercedes-AMG F1 was invited to put on a show for the attendees. 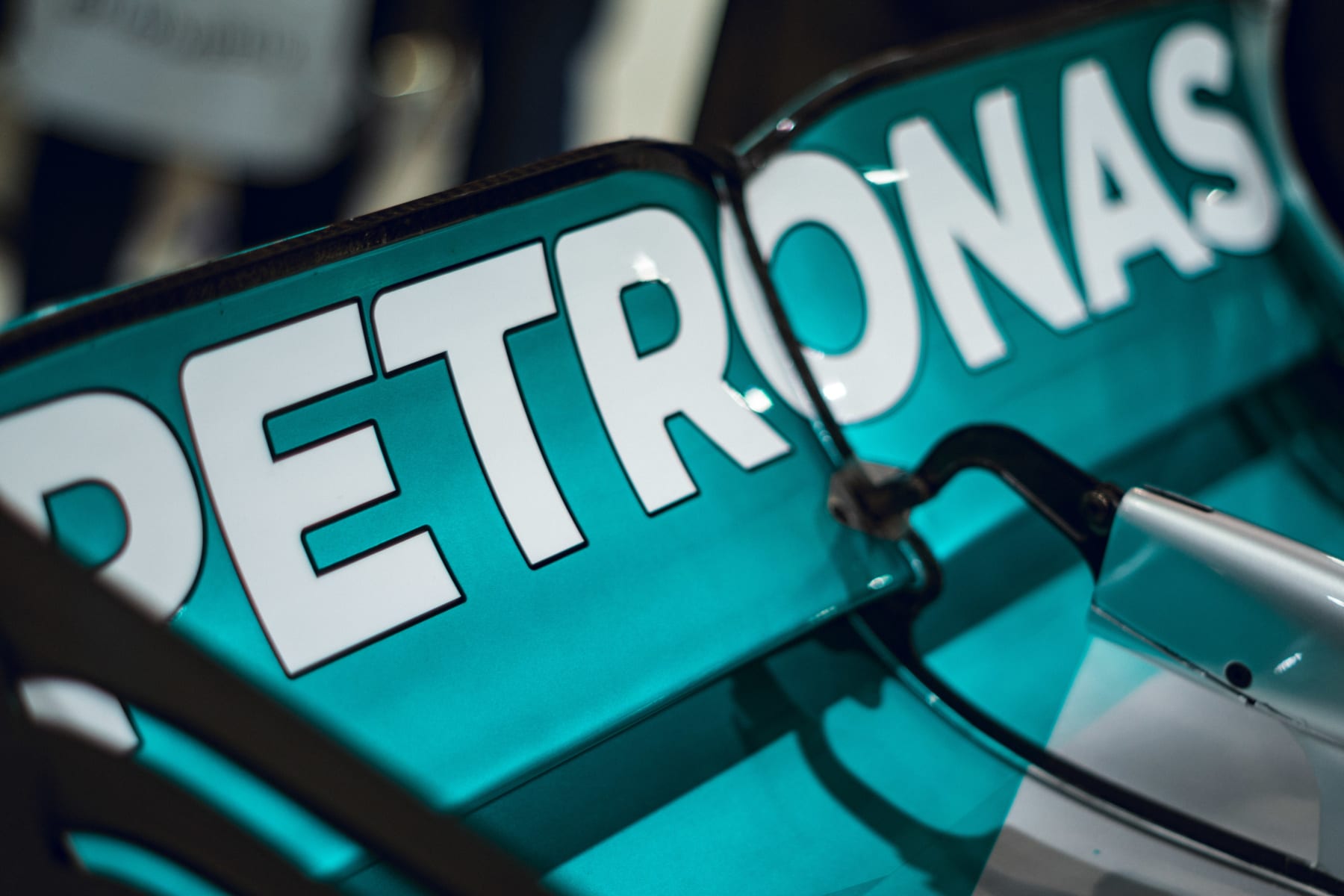 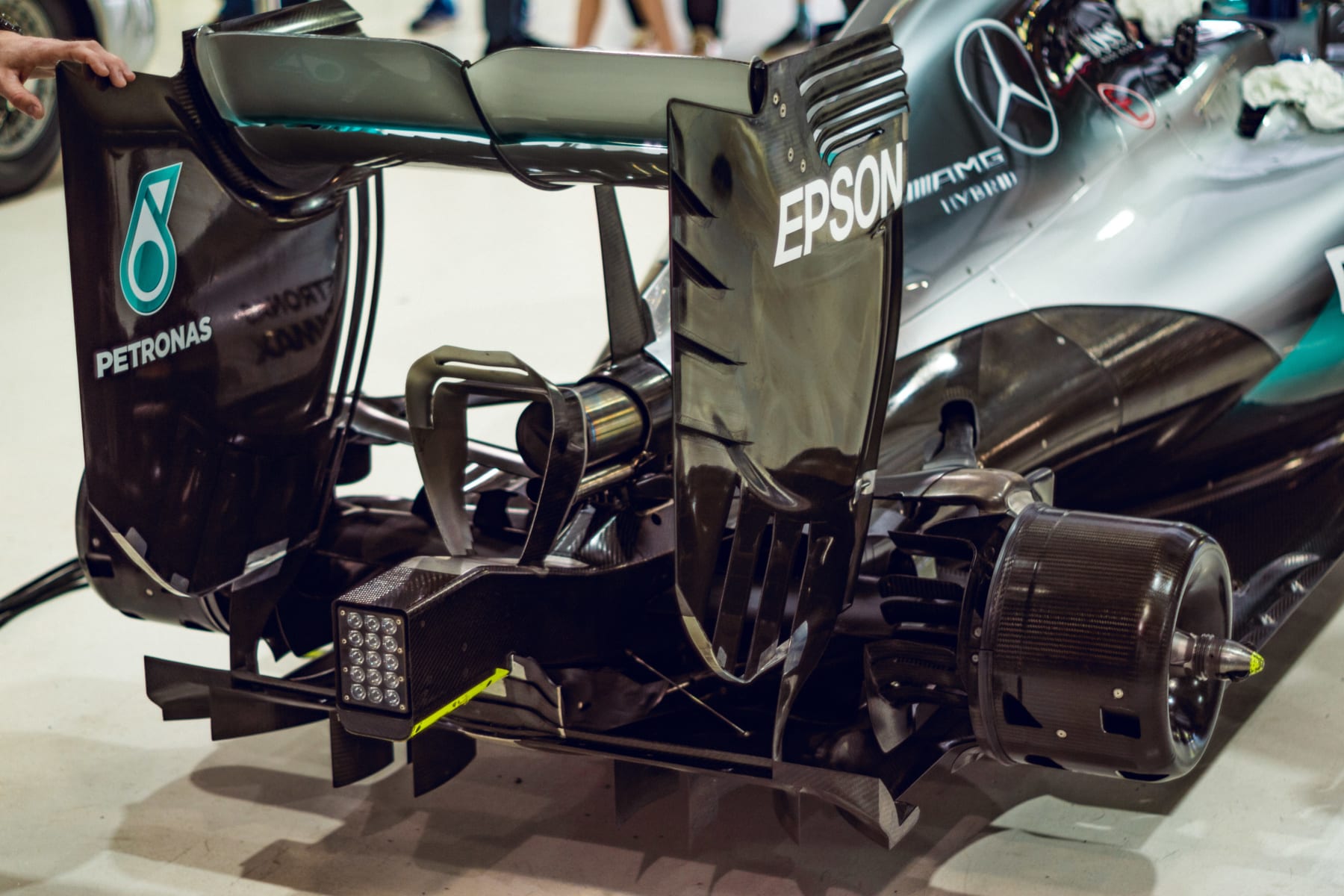 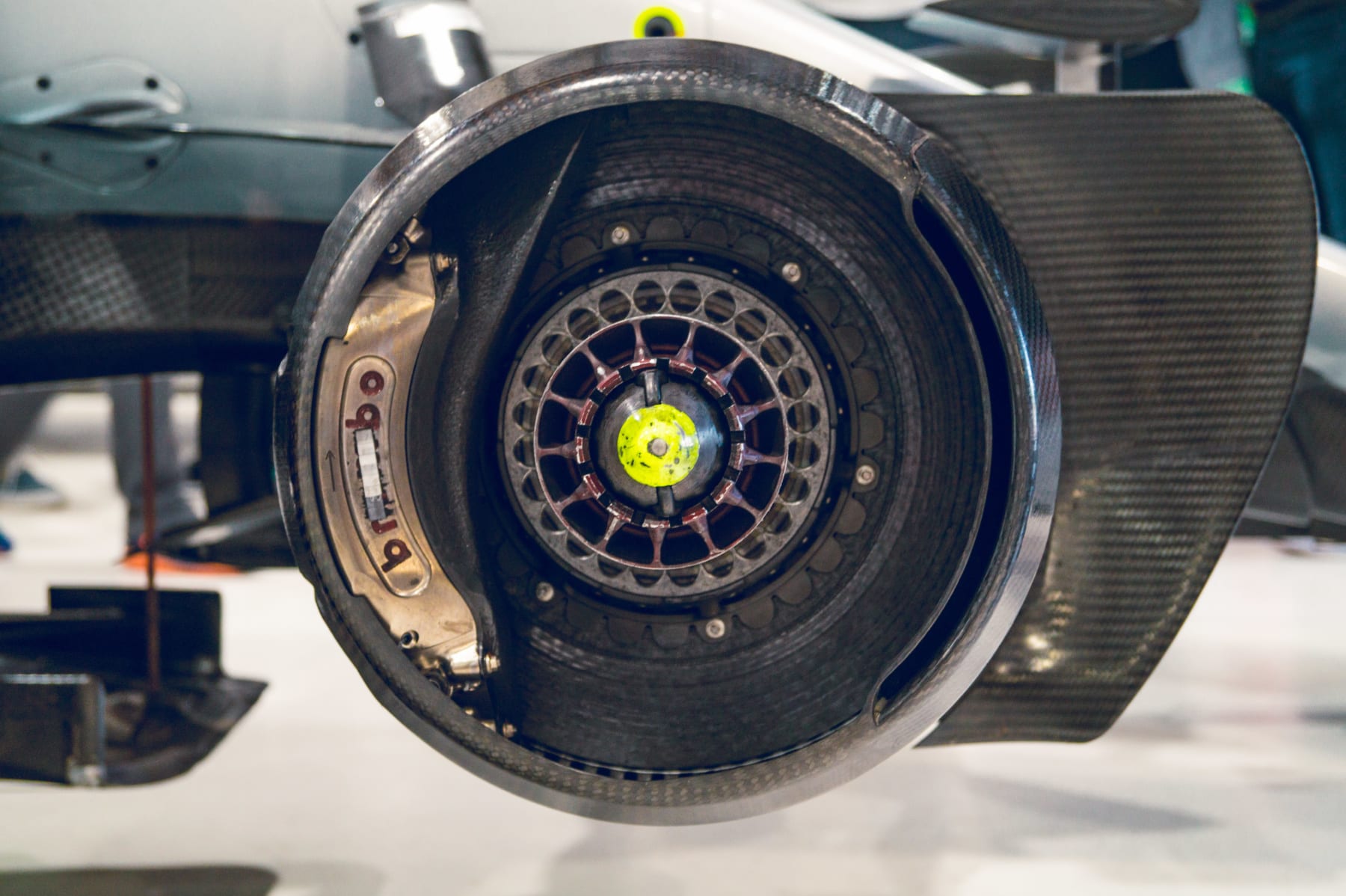 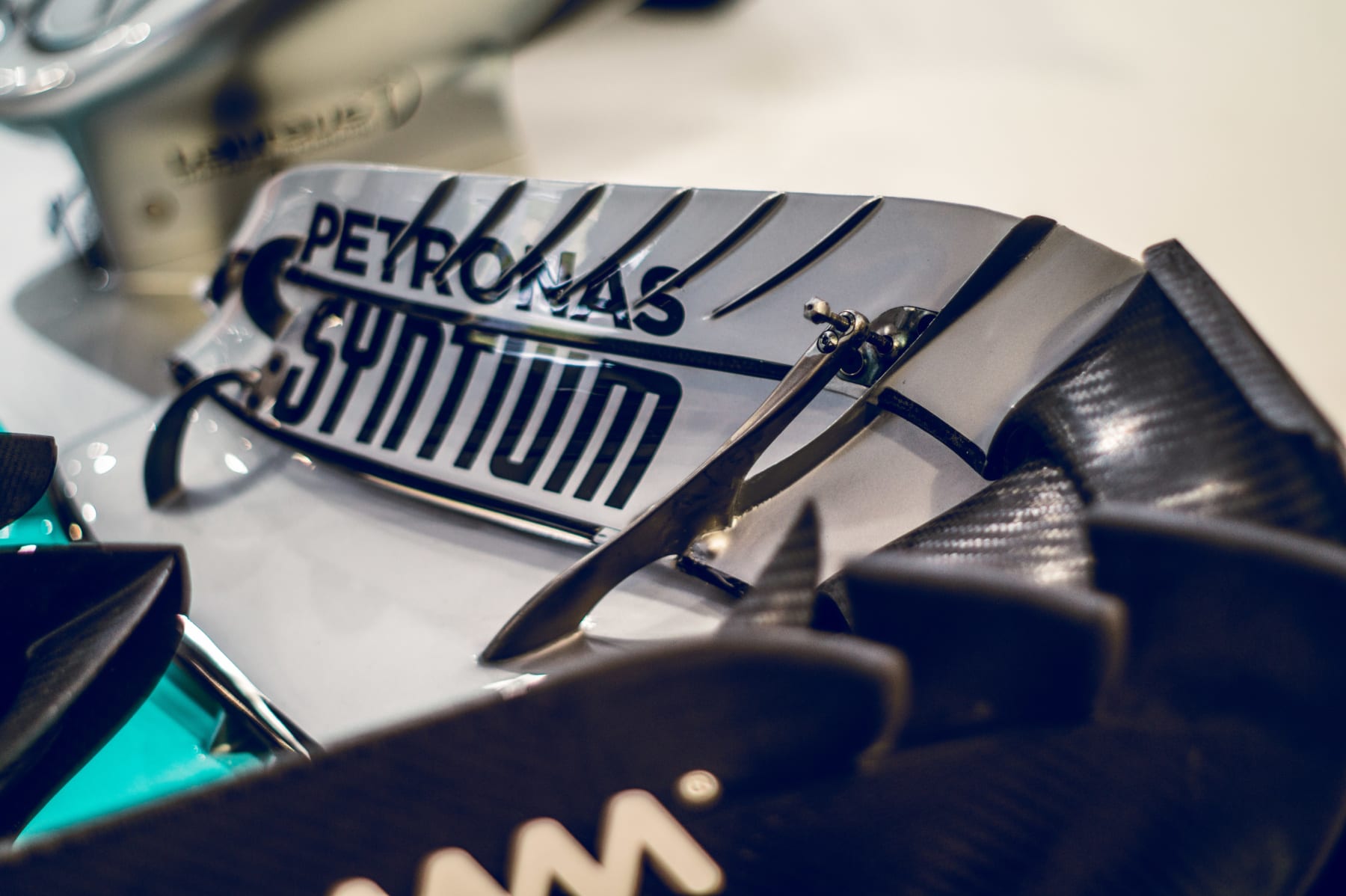 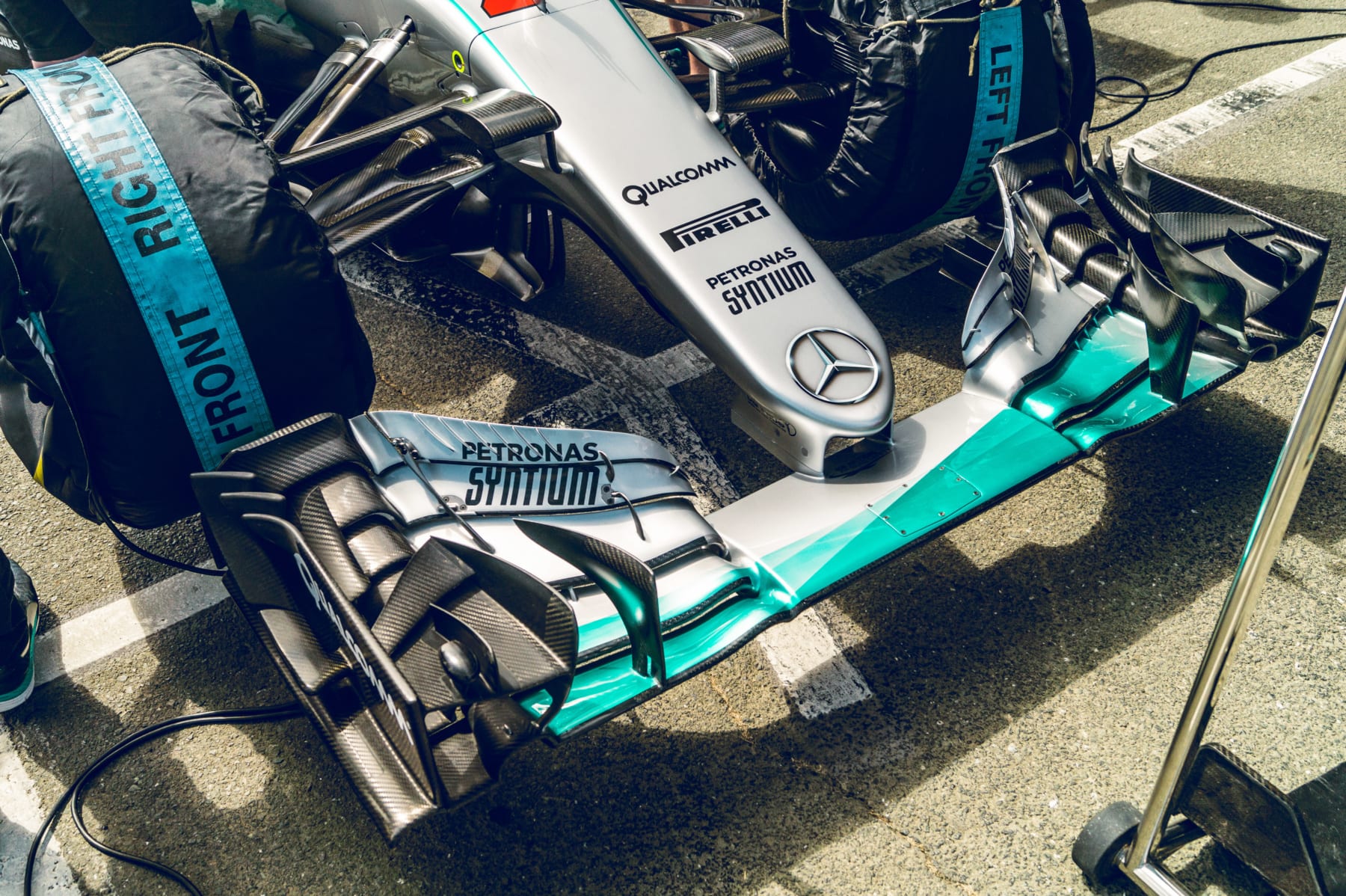 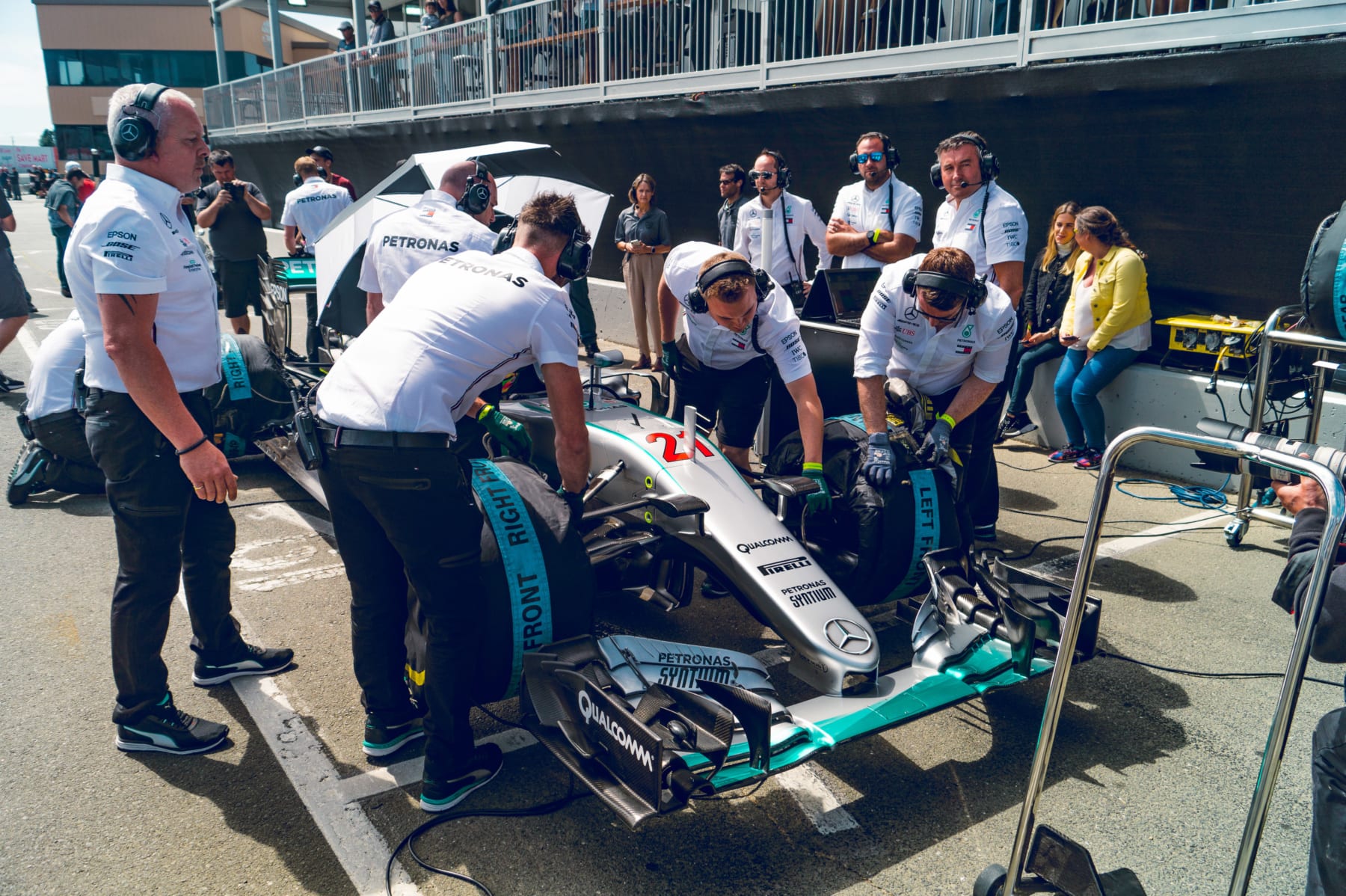 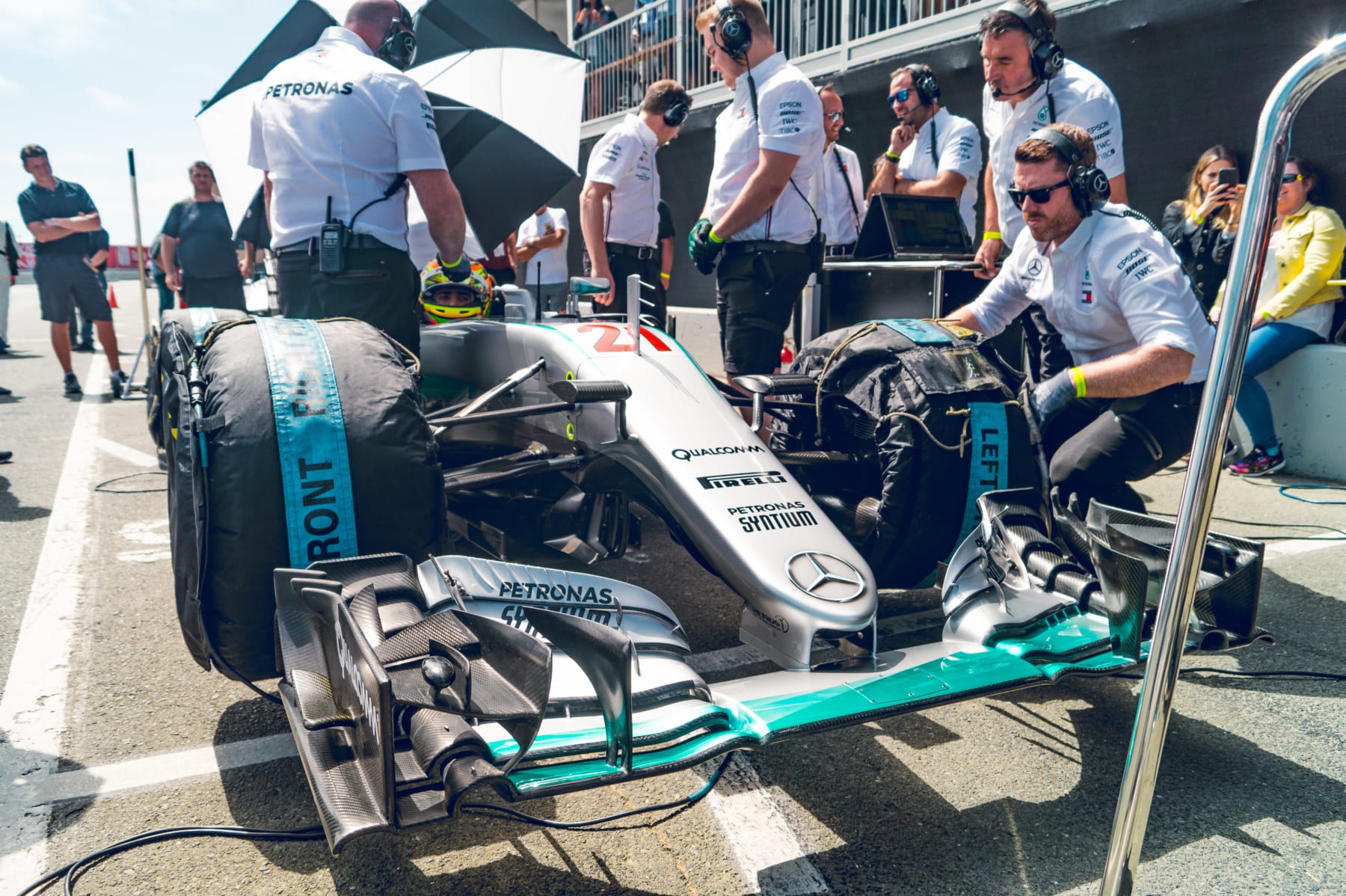 Mercedes-AMG Petronas arrived Thursday afternoon with their W07 hybrid Formula 1 car. The car used to be a tool for Lewis Hamilton to win races back in 2016. As it turns out, this was a very good tool. Hamilton took that particular chassis to Ten wins that season, more than any other chassis in F1 history. At the wheel this weekend was not Hamilton, but rather the team’s development driver Esteban Gutierrez.

To refresh your memory Gutierrez began racing in F1 starting with Sauber then moving to Haas before retaining a seat got a little more complicated. Dabbling in IndyCar before becoming the team’s development driver Gutierrez was set to do a total of four demonstration sessions, two Saturday and two Sunday. 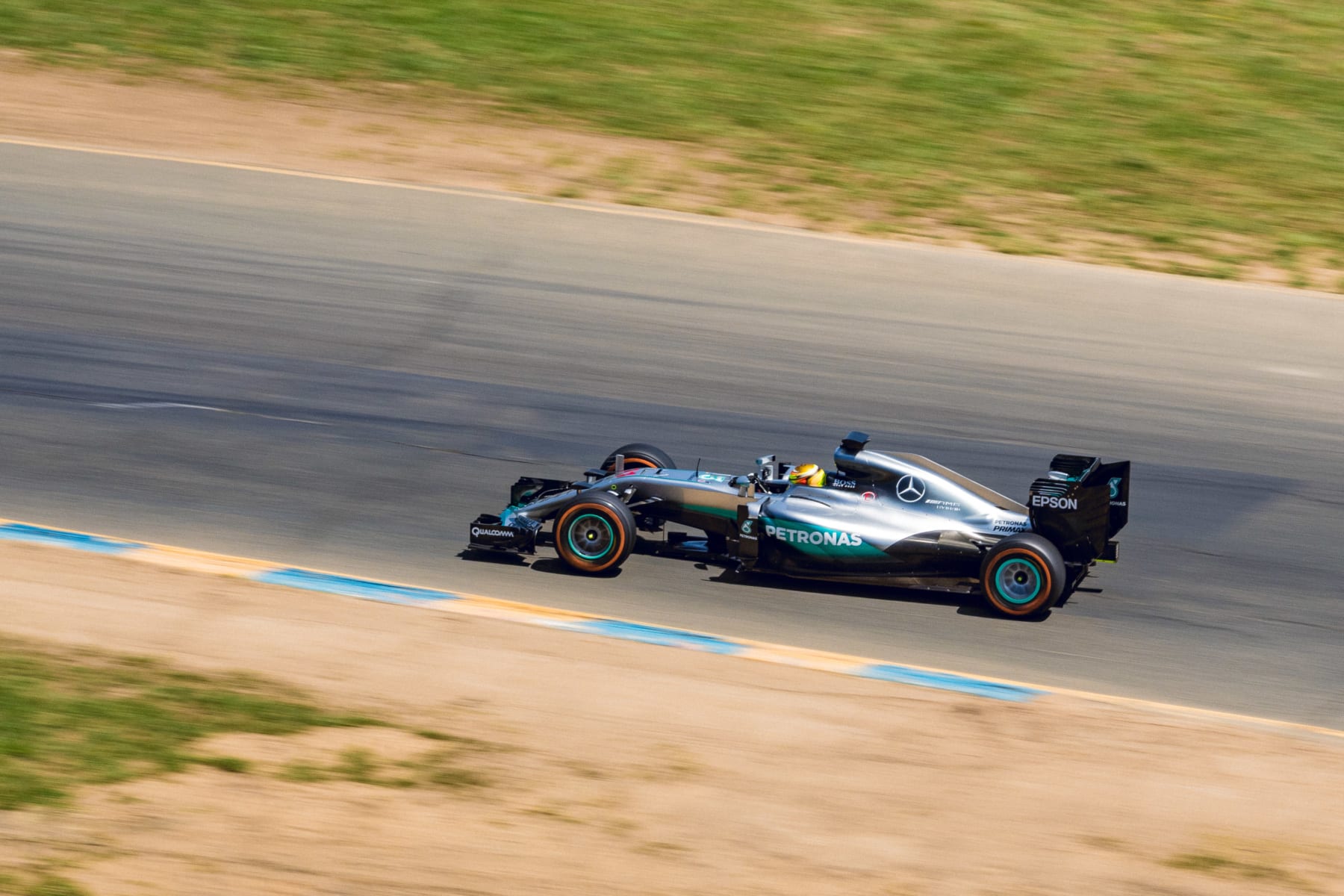 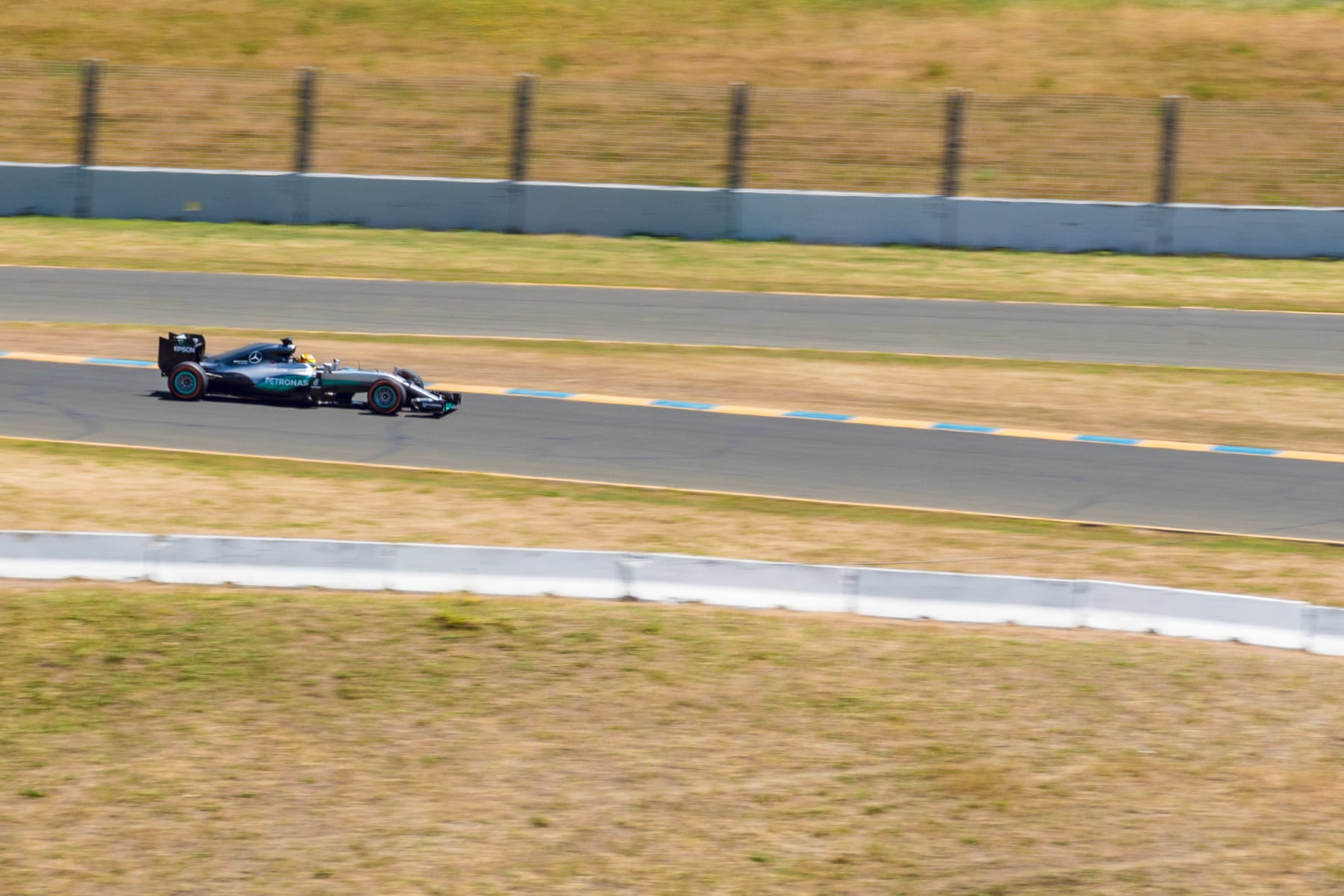 Many figured the car would break the lap record, which was set only weeks ago in a V10-era Ferrari Formula 1 car during their Corsa Cliente private test. According to Road & Track, pro driver Marc Gené managed to set an overall lap record of 1:21.004. In their first session Saturday morning, Gutierrez beat that lap record by a number of seconds. There was a catch, however, the track configuration Sonoma Speed Festival was running was not recognized by racing’s governing bodies. Nor were there any FIA officials to approve a new track record. 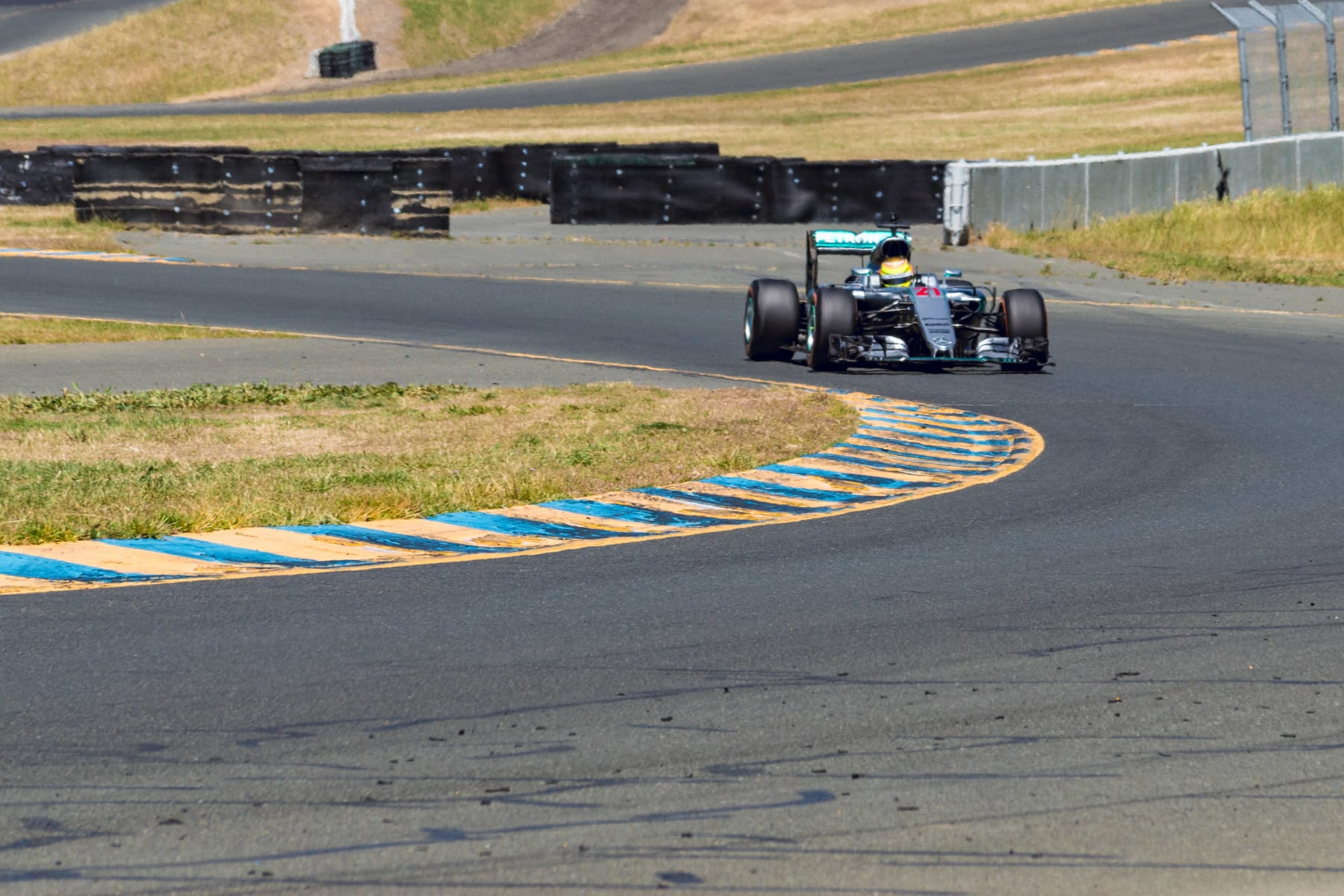 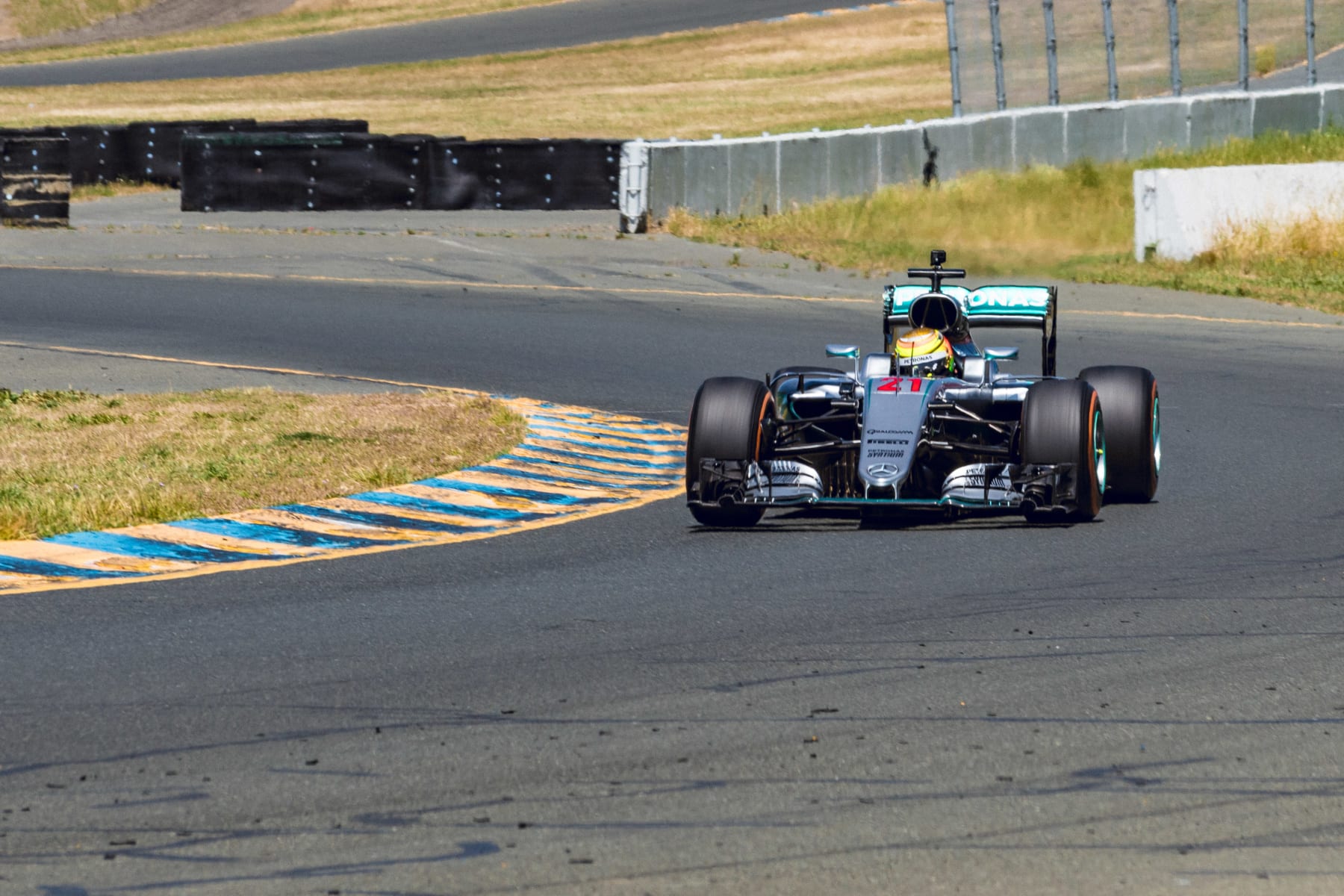 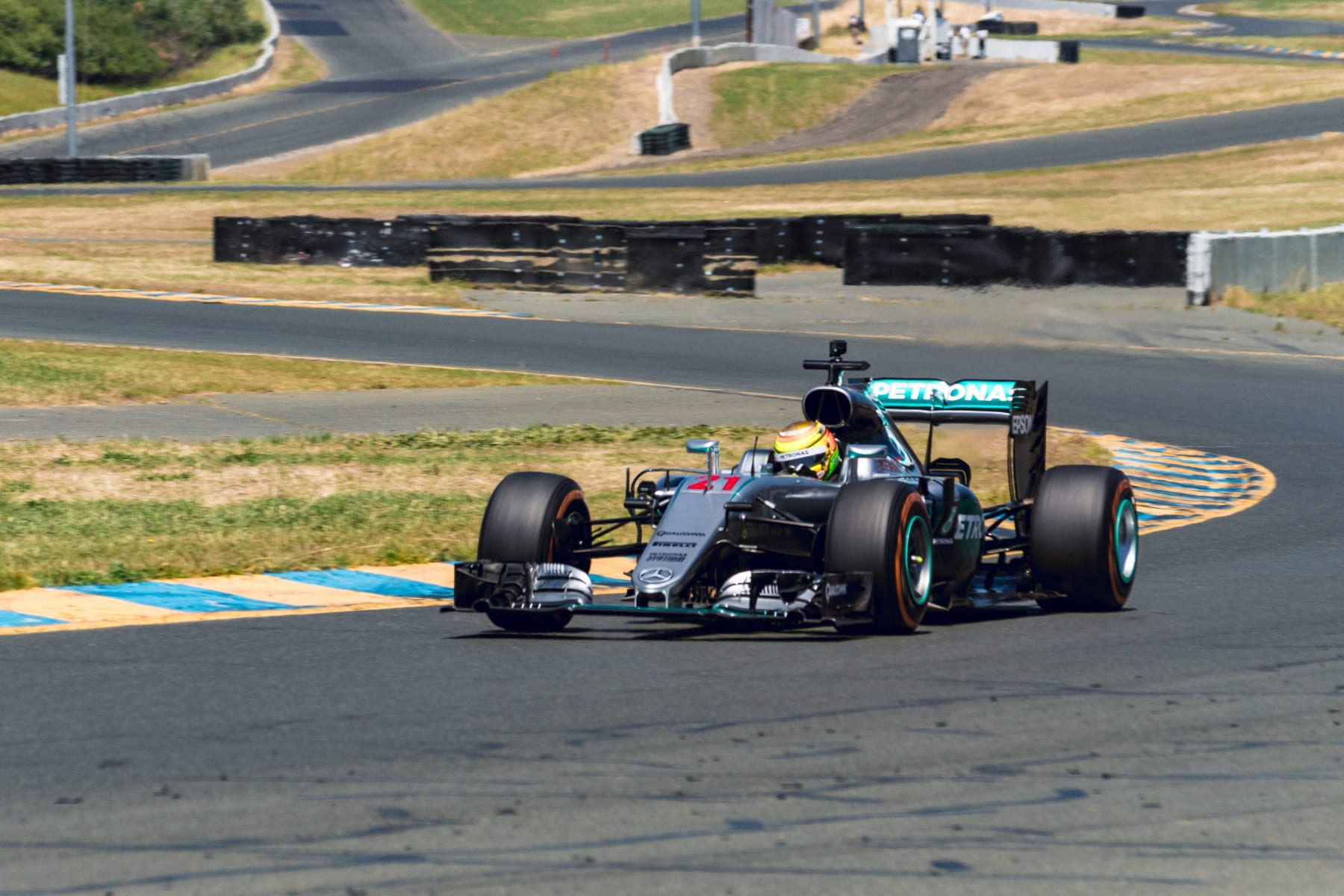 For those familiar with Sonoma Raceway, there were a couple of differences which make comparisons to other series erroneous. The organizers elected not to use the chicane at turn 9 all weekend.  This allowed the car to gather much more speed coming out of the esses toward turn 10. The car also ran the full hairpin rather than the IndyCar short hairpin. Someone could tell you exactly whether or not this would make an equal car slower or faster than taking the chicane.

But the fact of the matter is comparisons are relative and do not matter much. In between sessions on Saturday, members of the Mercedes-AMG team worked to adjust the setup of the car. Twenty year old apprentice, James Lambert, who is in his last year of apprenticeship with the team, told us one of the major changes made between the sessions we’re to help manage the bumps. 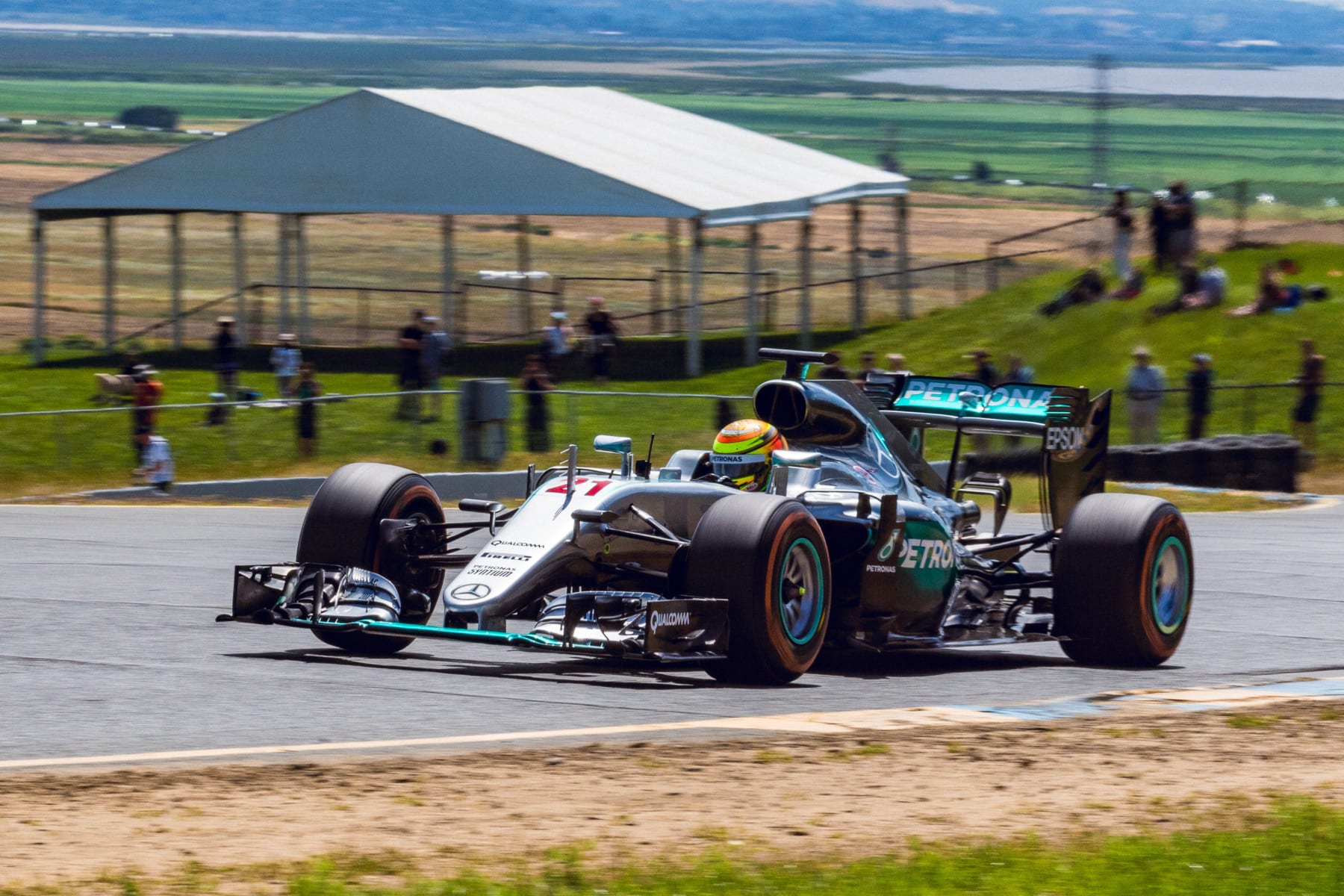 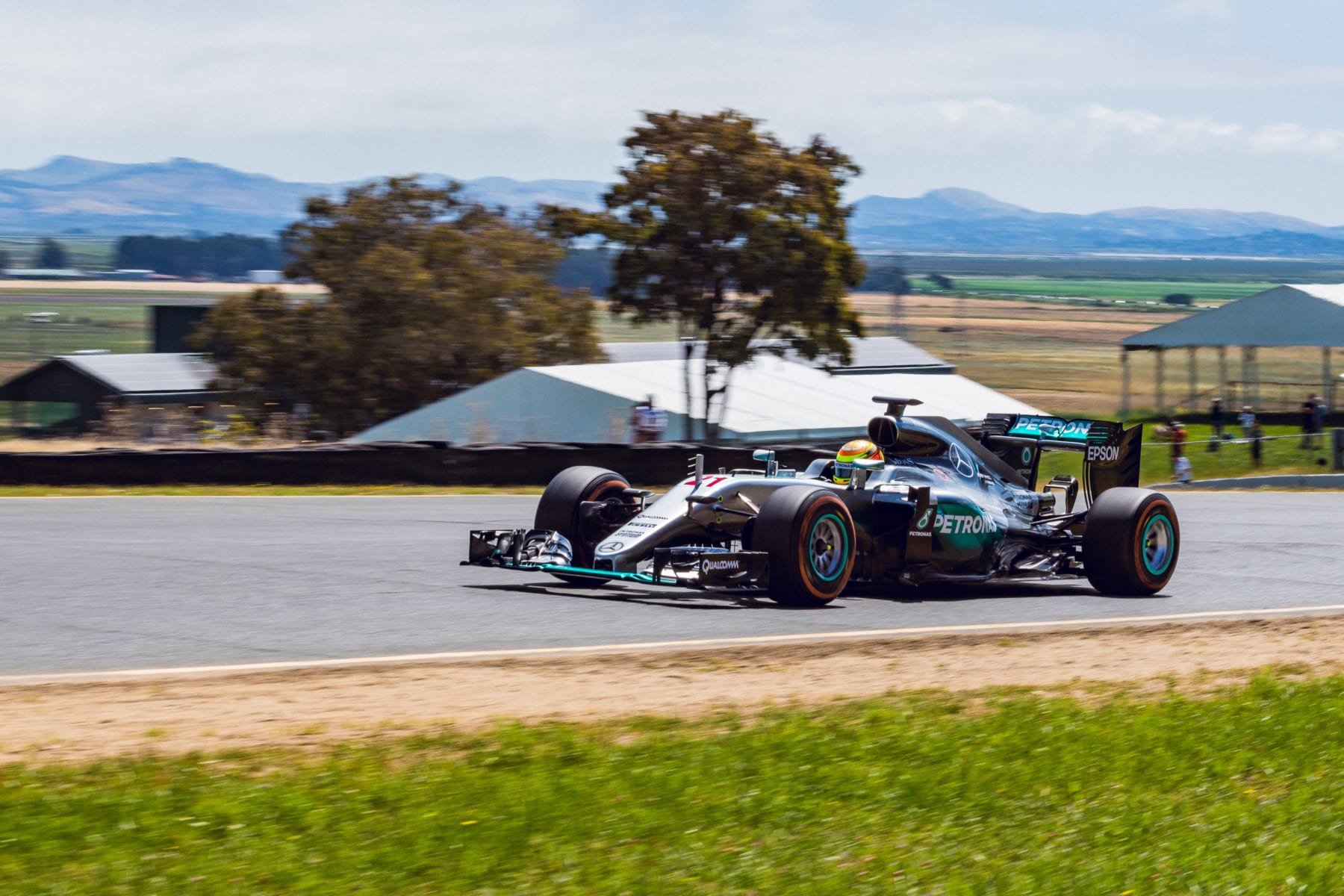 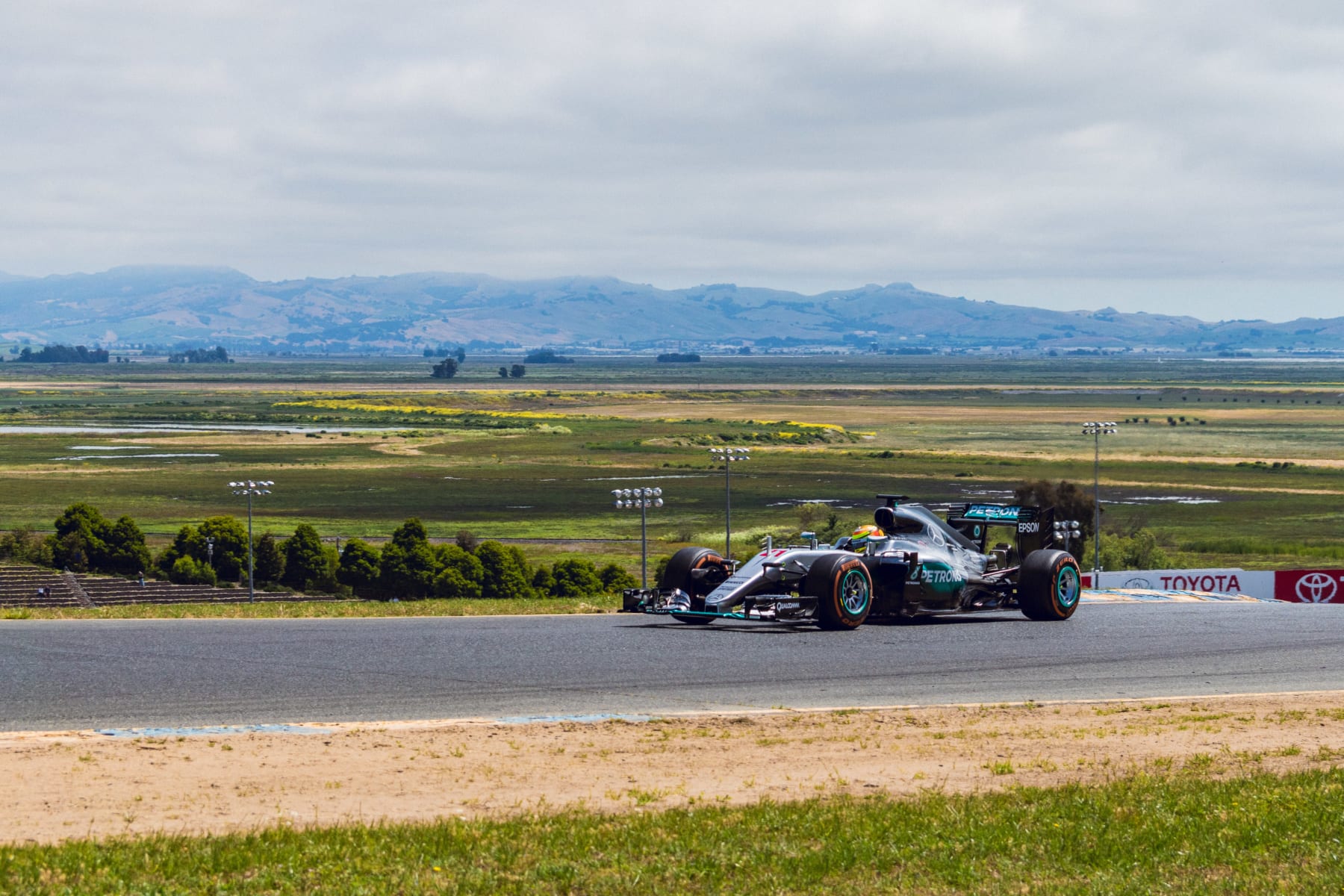 Here’s how those changes went for them

“We’ve changed the ride height so the car sitting up higher just to compensate for some of the bumps,” said Lambert. “Because this is quite bumpy compared to what we’re used to, which is some of the smooth tracks.”

Many of the problem bumpy areas of the track are in the first section. The cars see heavy compression going under the bridge through turn 1 approaching turn 2 and once again through turn 3. The run up the drag strip after exiting the carousel in turn 6 can also be quite bumpy.
The adjustments seem to help Gutierrez put down a quicker lap during Saturday’s afternoon session. The onboard video Mercedes-AMG F1 posted to their YouTube account is quite impressive. Unofficially the new track record is a 1:15:430, more than five seconds quicker than the previous record.

Gutierrez watched delightedly as some nostalgic dragsters make runs up the raceways drag strip late Saturday afternoon. Gutierrez said the W07 was very good from the beginning and that the track was still a bit slippery even though there were improvements between the sessions. The team later celebrated their achievements nearby at Ram’s Gate Winery.