Note: This article originally appeared on our sister site, Social Distance Life.com. Check it out.

Land Rover has recently introduced the much-awaited new Defender. Typically, after a new vehicle is introduced at an auto show, it is then launched on various press drives. Land Rover recently did that with the Defender in Africa. Then the second batch of vehicles is deployed to various press fleet all over the world where other journalists get a chance to drive it. But now Land Rover has decided not to do that and instead is supporting the Red Cross with new Defenders originally destined for journalists.

The news came not in a press release but rather in a tweet from Land Rover’s Communications and Public Relations Director in the UK, Richard Agnew. In the tweet, Richard apologized to the journalists about their vehicle cancellations, to which he received positive responses. Journalists, after all, can wait, while the Red Cross is seriously busy now.

Media friends. Apologies we couldn’t do the media drive as planned this week, but we’ve quickly redeployed the Defender press fleet to support our partners at the Red Cross to help communities across the UK. https://t.co/juonpv9mWg

This is another example of a company doing things right. This action is good for Land Rover’s public relations, it’s good for the factory workers, and it’s certainly good for the Red Cross. To learn more about the new Defender, check out Hooniverse’s coverage of it here on the models and trims, and here on the chassis and driveline.

Land Rover has been working with the International Federation of Red Cross and Red Crescent Societies (IFRC) for over sixty years. The IFRC is the world’s largest humanitarian network, comprising 191 National Red Cross and Red Crescent Societies working to save lives and promote dignity around the world. Knowing this, representatives from these organizations were invited for drives and feedback during the vehicle’s development. Driven around Dubai and UAE, the IFRC representatives were impressed by the new Defender’s abilities. Land Rover supporting Red Cross with new Defenders instead of journalists is just a brilliant move. 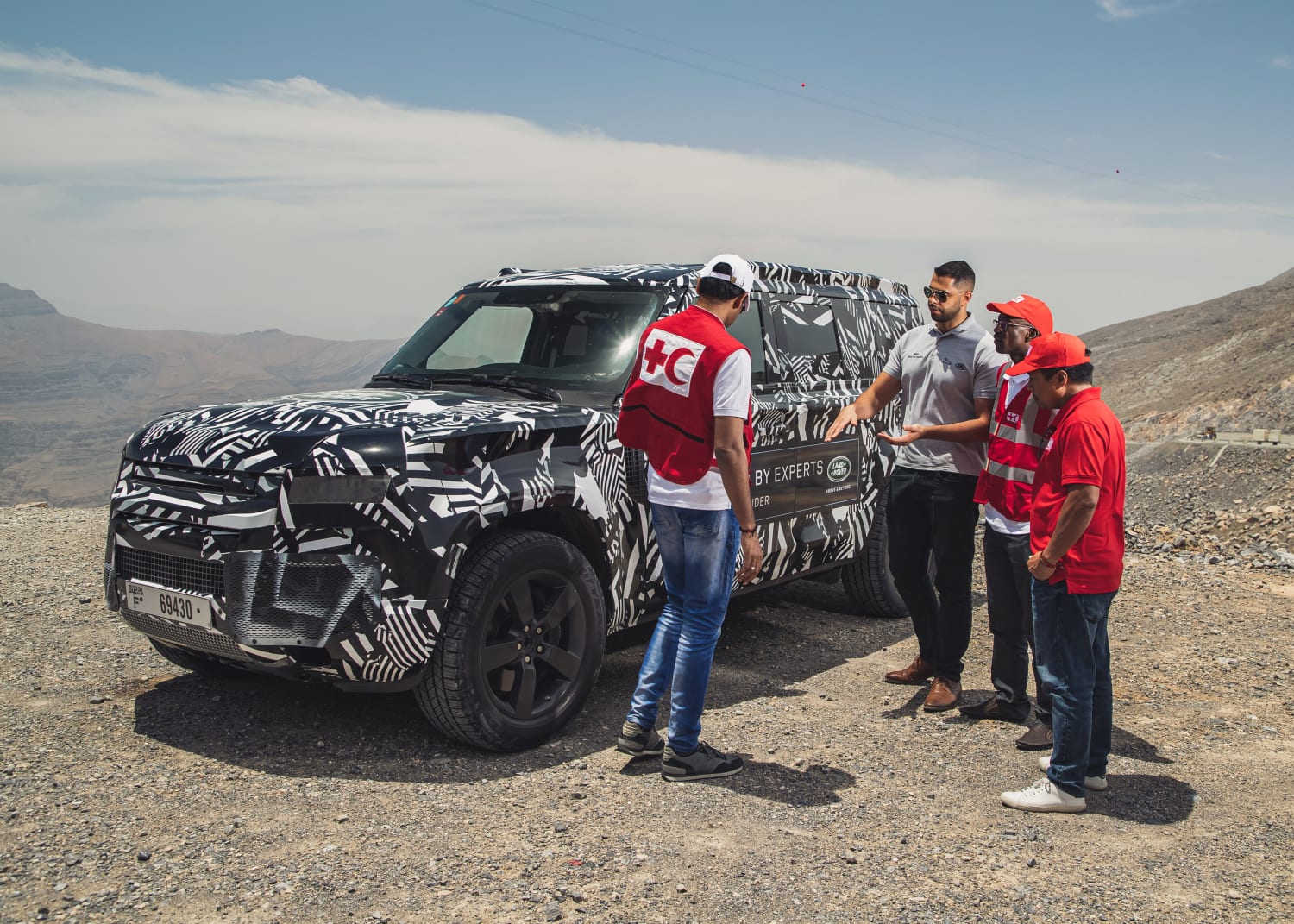