It was 15 years ago — hi, hello, that’s merely 2005, my fellow olds — that Hurricane Katrina hit the United States Gulf Coast and flooded huge sections of New Orleans and the rest of the area. Between the natural disaster itself, the lack of preparedness and maintenance of the city’s levees, and the disaster of government response in the aftermath, resulted in more than 1,800 people dead, millions homeless, and billions of dollars in damage.

For you youngs wanting to read about how an underprepared and slow-acting administration resulted in the massive and disproportionate impact of a natural disaster, go look that up. In case you’re not depressed enough already. 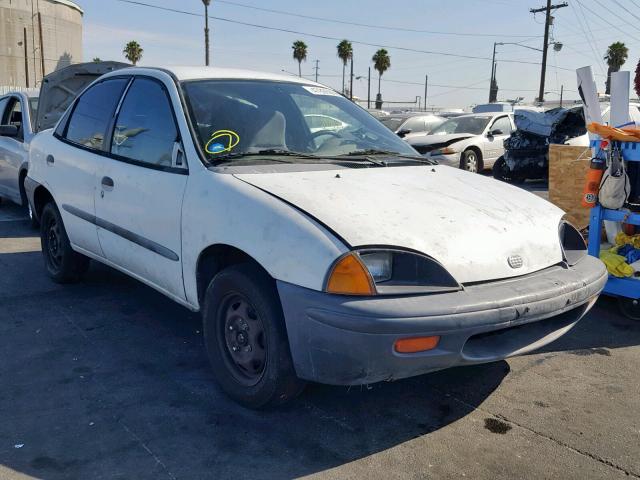 It’s also the historical milestone in my mind of when gas prices really went up since it caused a lot of refineries in the south to shut down for a period of time. Though prices did come back down from their more-than-$4-per-gallon peak (about $5.50/gallon today, adjusted for inflation), they never really returned to the pre-Katrina lows that drove the SUV boom. The Iraq War’s impact on oil production didn’t help either.

I remember the panic around fuel prices at the time was driving manufacturers to rush to make their cars more economical, but that kind of development takes time. New powertrains take years to come to market. The Prius had just barely come out of its Toyota Echo phase and VW’s diesels were always a niche-market car. There just weren’t a lot of hypereconomical new vehicles immediately available, and most of the old ones went out of production in the late ‘80s and early ‘90s. They were all junk.

This meant one thing in particular for the post-Katrina era of the Iraq War: Some people were going to great lengths to reduce their fuel consumption costs. Old VW and Mercedes diesels started commanding a premium. Justin Craven started selling more of his Greasecar veggie-oil conversion kits for weirdos with old diesels. (I was always a weirdo, but I eventually became one of those weirdos too.) 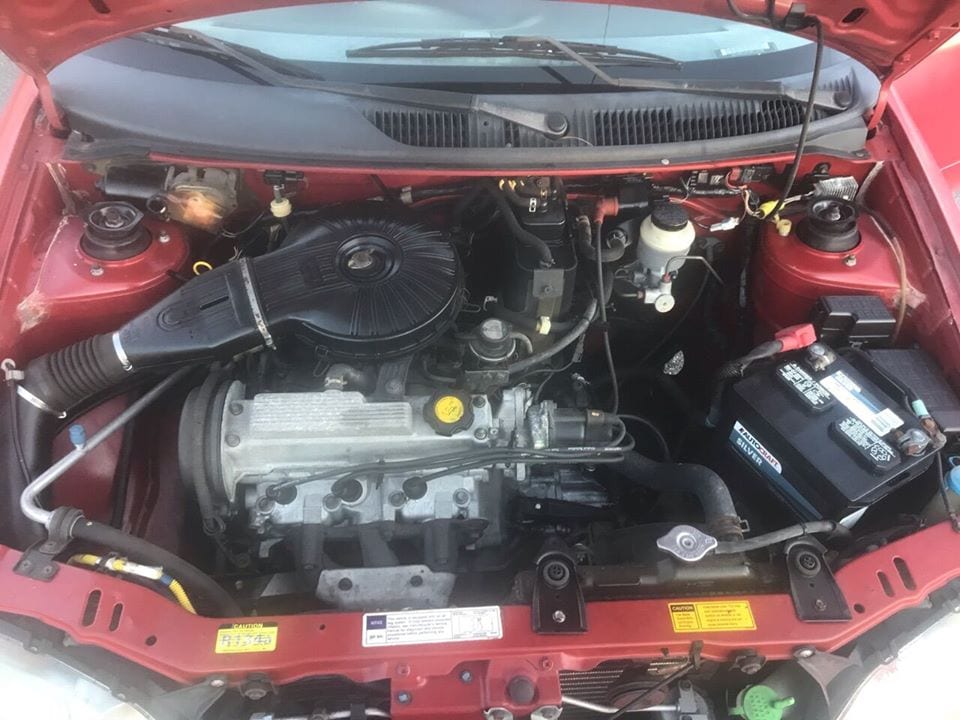 The gasoline corollary to the sudden diesel resurgence was that old Geo Metros were suddenly in high demand. The lighter, less-equipped, and most efficient models fetched the most money. Judging by what I’ve found for sale, square sealed-beam headlamps were still standard equipment well into the late ‘90s on these cars. They were the definitive misery box.

But circa 2005, you couldn’t touch a broken-door disaster smelling of old rat decomp for less than two grand, with or without a Shatner Christmas cassette. Prices for clean ones rivaled new cars. 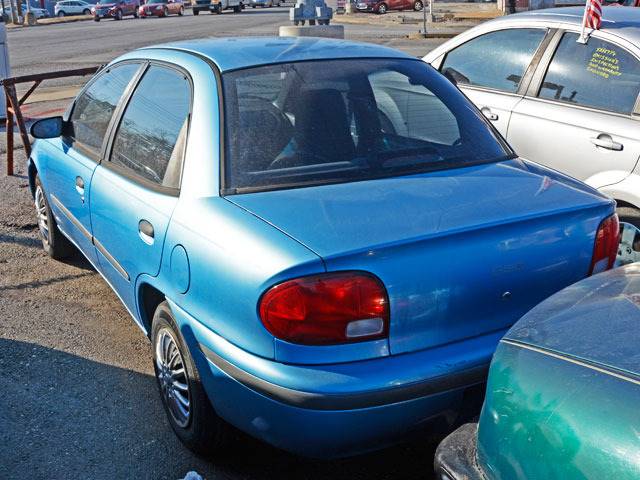 In 2009, Car and Driver even published a comparison between the new Toyota Prius and Honda Insight, and a 1998 Geo Metro (written by my favorite autojourno/satirist, John Phillips). The Metro and its measly 55 horsepower matched the Prius for 42 mpg.

That was only one of two positive traits in the comparison — it also had proper independent suspension, unlike the Prius and Insight with their torsion beams in the rear. As a vehicle, it did also meet the basic requirements of four round wheels wrapped in four black and round rubber things, and an ability to move under its own power. 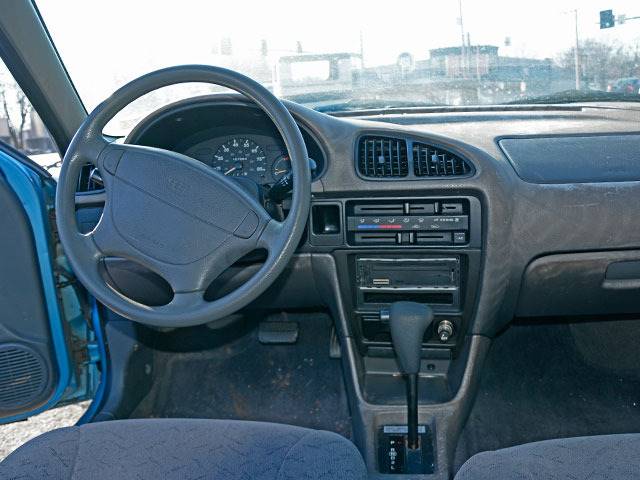 Even when expensive, it was still lame

That expensive-gas era would’ve been the mainstream high point for the Geo Metro. They were 10 years old at the time, far from classic car status, and many had been abused or left to die in junkyards after minor repairs proved too costly. It was just that cultural point, when people were sticker-shocked at spending $90 at the pump, that made the Metro desirable.

Fuel economy was literally the only thing they were good at. Though they were made in the GM/Suzuki CAMI plant in Ontario alongside its sibling Suzuki Swift, the Metro was no Swift GT. The latter actually has some merit as an enthusiast’s car. 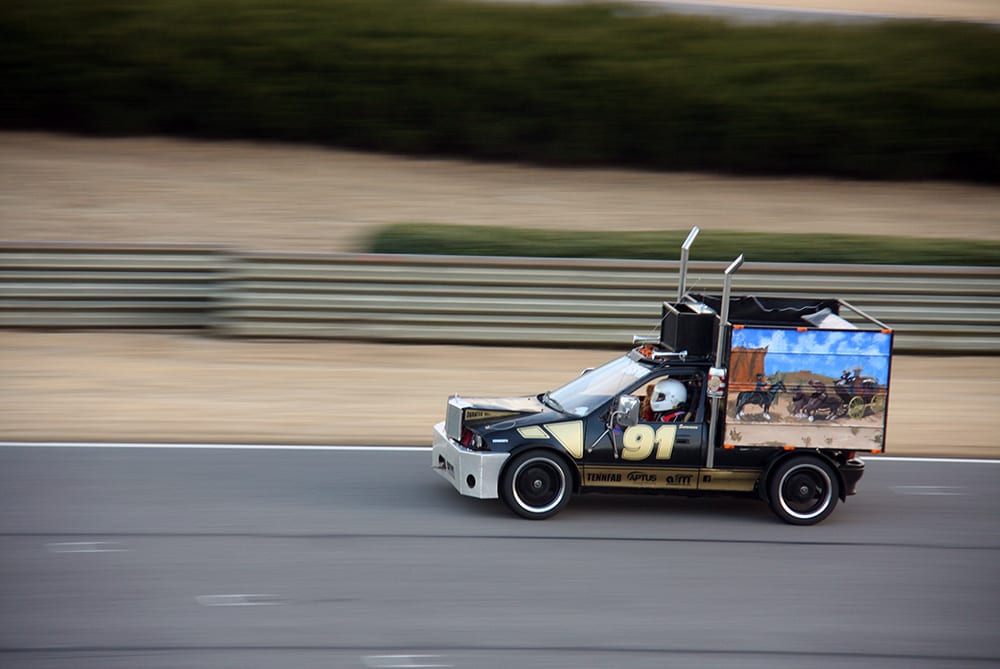 The Metro does get credit as the recipient of probably more Lemons–grade engineering than any other single model. That’s more because it’s very light, usually very cheap, and the hatchback shape together with rear strut towers (from that aforementioned suspension layout) makes it easier to fit an entire front subframe from a front-wheel-drive car in the back.

It helps that the original 1-liter engine (or the optional 70-some-horsepower 1.3) isn’t really worth keeping if it’s broken.

But just because the SHOgun was interesting doesn’t mean the Festiva was good. 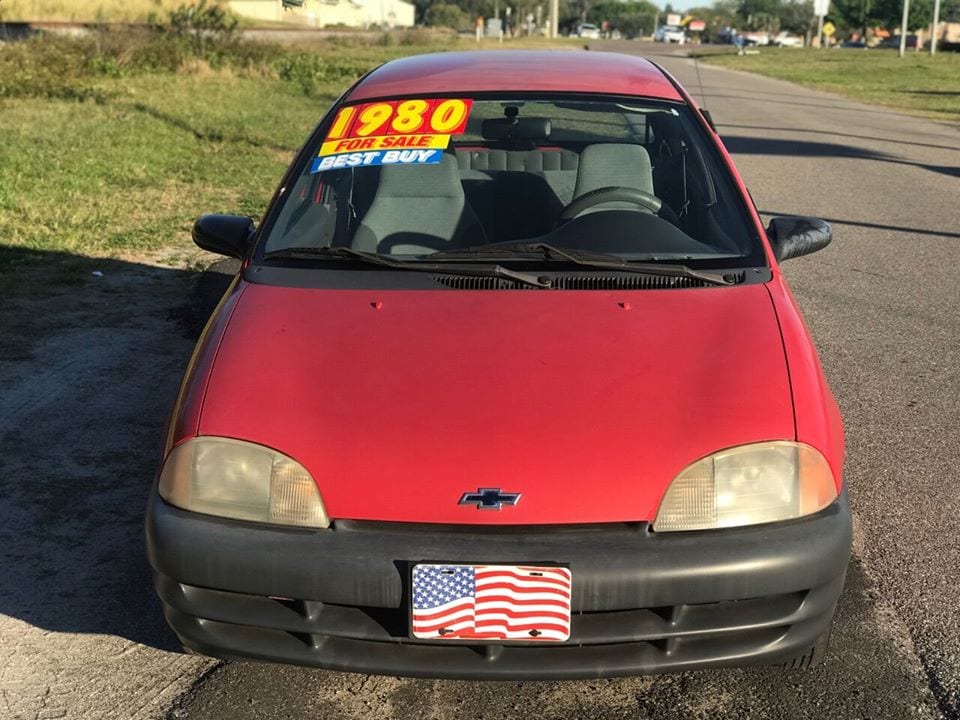 So set aside half of your government rescue check and, once you’re able, go find yourself a rough one. Sure, you could get your spouse to go in with you on a premium, rust-free Florida example, a hatchback with a 5-speed. But a sedan with the 3-speed automatic is the choice for maximum lame.

With any luck, you’ll return home as healthy as when you left, and with enough cash left over to buy a case of Coors and pay your classic-car registration — assuming you can still go to the DMV where you live.

If there’s an upshot to the current global crisis, it’s that gas is cheap. That means fuel-efficient cars are, too.

(Seriously though. Now’s not the time to buy a car. Especially not a lame-ass classic. Stay home.)

The Geo Metro gets an 8 on the Lamestain Index.