Year after year, Jeep brings out a slew of concept vehicles to the Easter Jeep Safari. Usually demonstrations in what they’re capable of building rather than simply foreshadowing for future products, each build is meticulously crafted and ticks the boxes for items that pique off-road enthusiasts’ interest. This year’s concepts are no different. 2021’s Easter Jeep Safari brings the debut of Magneto, Beach, Red Bare, and Orange Peelz (which in unison may sound like a questionable 1990s pop/boy band). While we can’t yet see these in person, Jeep has released its latest creations to the depths of the internet for us to swoon over. Up first is Magneto. With the importance of electric vehicles in mind, Jeep took the idea of a BEV Wrangler and ran with it. Especially interesting considering the upcoming Wrangler 4xe, and perhaps a ploy to get old-school Jeep faithful on board with electric vehicles, Magneto is based on the two-door Wrangler Rubicon platform.  In place of a gas engine or hybrid lives an electric motor paired to a six-speed manual. Again, likely a tactic to intrigue those who would never look twice at an electric vehicle. Range is not mentioned but Magneto touts a 70kWh battery capacity and 800-volt system. This makes it good for 273 lb-ft and 285 hp which translates to 0-60 MPH in 6.8 seconds. Special paint, clever charging points, a 2″ lift, and 35″ Falken Wildpeak Mud Terrains round out the package. 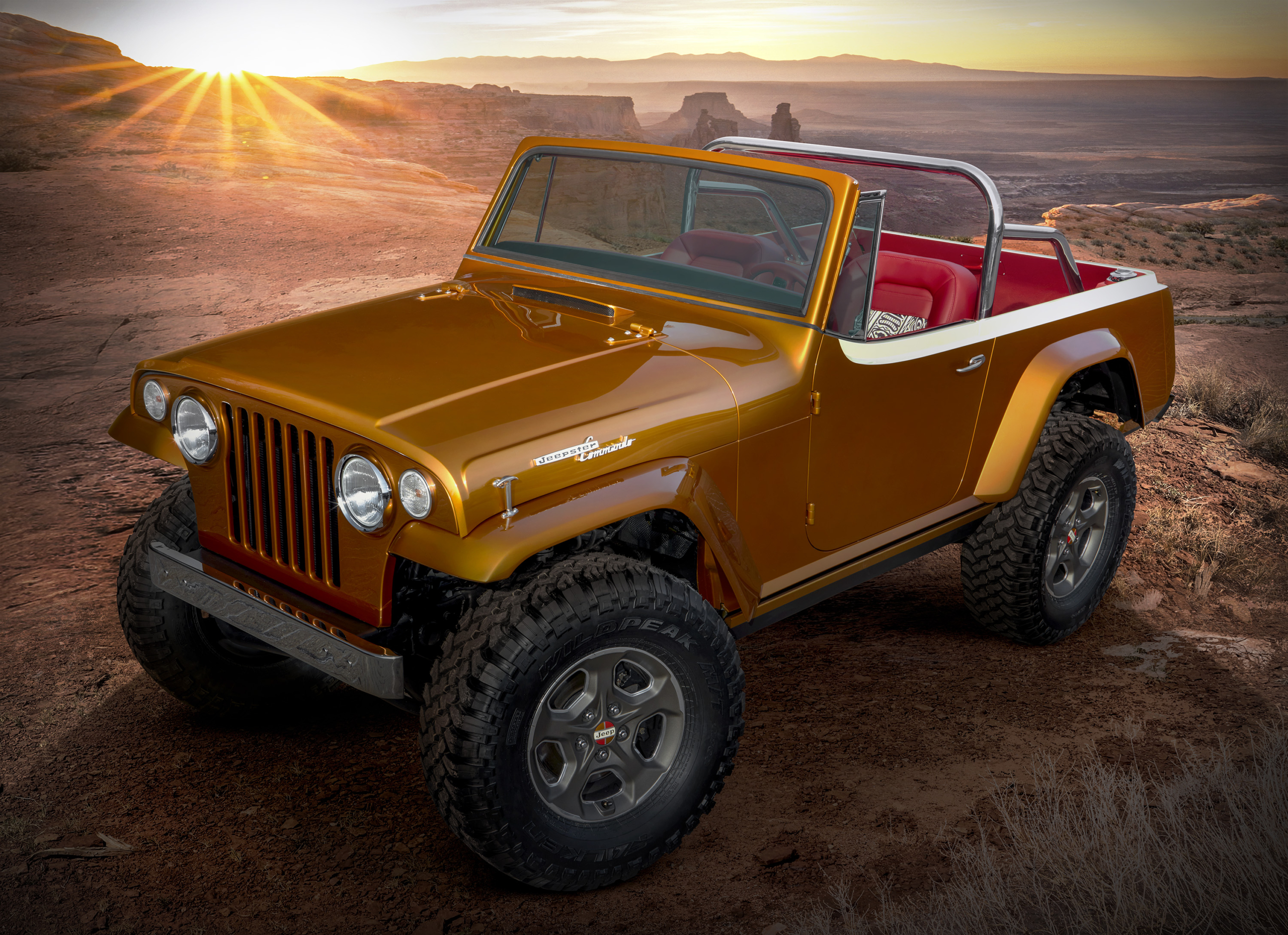 Up next is Jeepster Beach. Retro builds are a Jeep tradition, and this is the brand’s example of a resto-mod inspired Jeepster. Based on a 1968 Jeepster Commando C-101, the build integrates a JL Wrangler Rubicon’s functionality and modern touches. Among these parts are the 2.0L turbocharged four-cylinder, an eight-speed automatic transmission, and all of the modern Wrangler’s tech goodness. It, too, gets 35″ Falken Wildpeak Mud Terrains, and a paint scheme evoking days spent surfing and enjoying the sunshine. 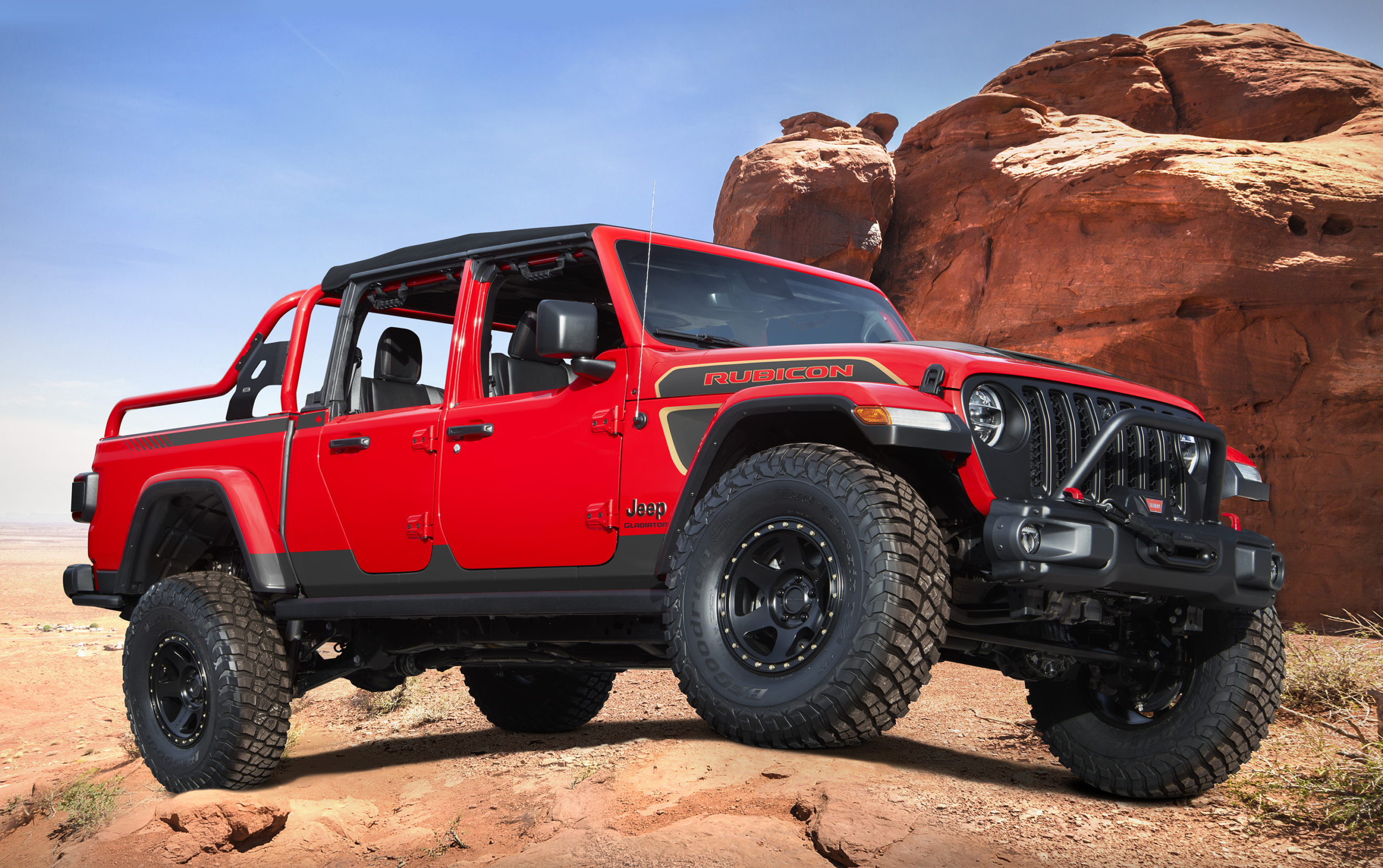 Jeep Red Bare is a purposeful Gladiator Rubicon-based concept. Prioritizing function, the vehicle makes the most of the Gladiator’s off-road chops while touting street-ability. It starts with the 3.0L EcoDiesel engine and eight-speed auto. The Dana 44 front and rear axles have been given 4.88 rations. And they show off with a 91:1 crawl ratio. A 2″ lift allows for 37″ BF Goodrich Mud Terrain KM3s, and rock sliders are in place for the rare instances in which the long-wheelbase proves detriment to the breakover angle. Other additions display the Mopar catalog’s Jeep Performance Parts (JPP). A bed cover and rack system is in place, as is a bed sport bar, and black trim pieces. The whole package comes together with comfortable-looking Katzkin leather seats. 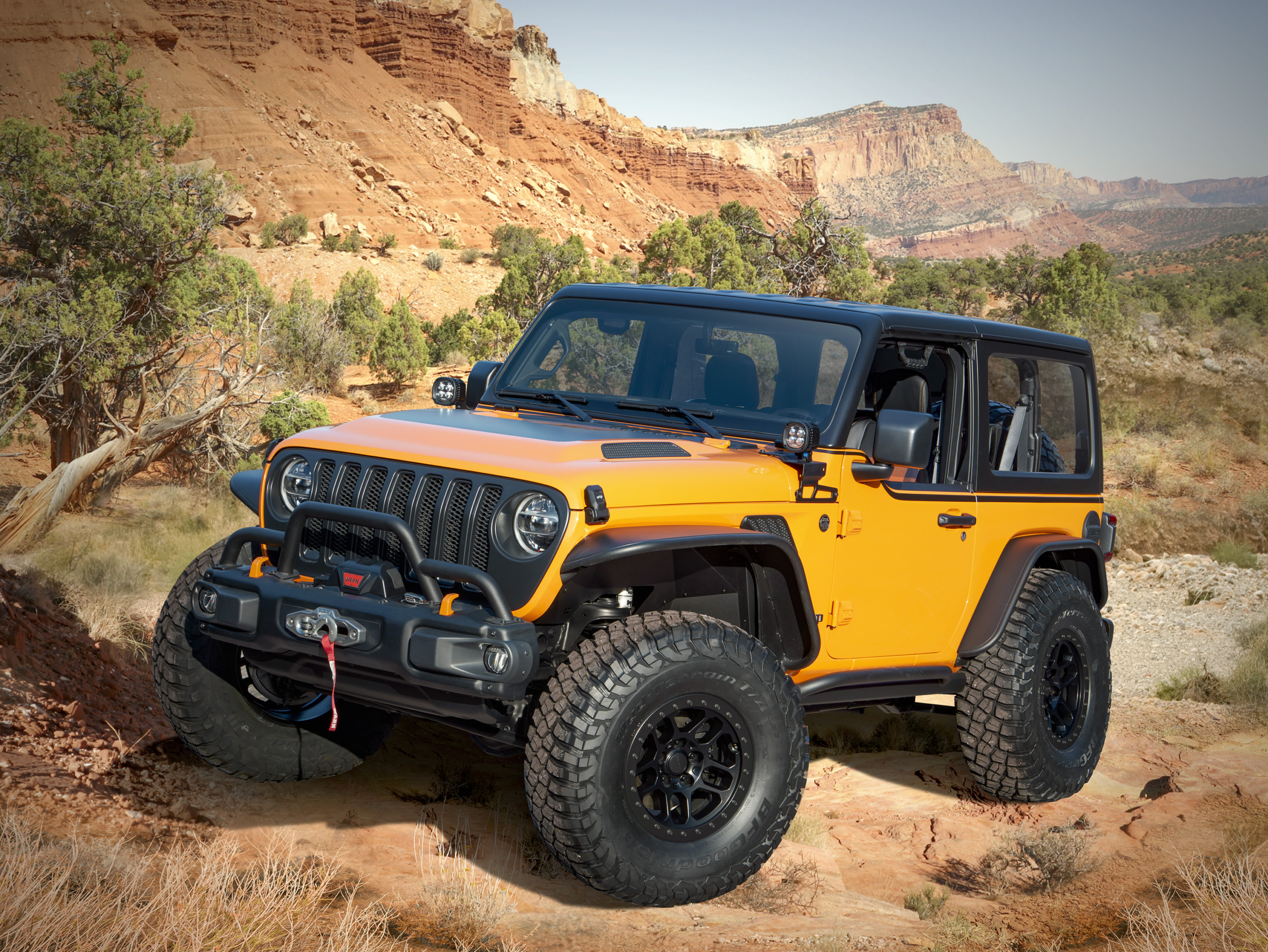 This year’s final concept is Orange Peelz. Also based on a two-door Wrangler, this concept is another showcase in the long list of JPP available for the JL. Most noticeable is the Mopar half-doors, which are finally available for purchase. The roof is a custom fiberglass unit, as is the glass sunroof, and so is the hood. Custom, too, are the steel bumper and rock rails. However, the 2″ JPP lift kit (using Fox suspension), Beadlock-capable wheels, and 37″ BFG KM3s can all be added to your Wrangler today. The same goes for the rest of the additions. Jeep will be happy to sell them to you so long as you have the funds.

Do any of these have definitive bearings on future production Jeeps? Unlikely at best. Yet aspects of them may, and we’ll inevitably see the “concept” parts in the Mopar/JPP catalogs in the future. I’m looking forward to what may come of Magneto, though. An electric two-door Rubicon with a manual transmission? Sign me up. 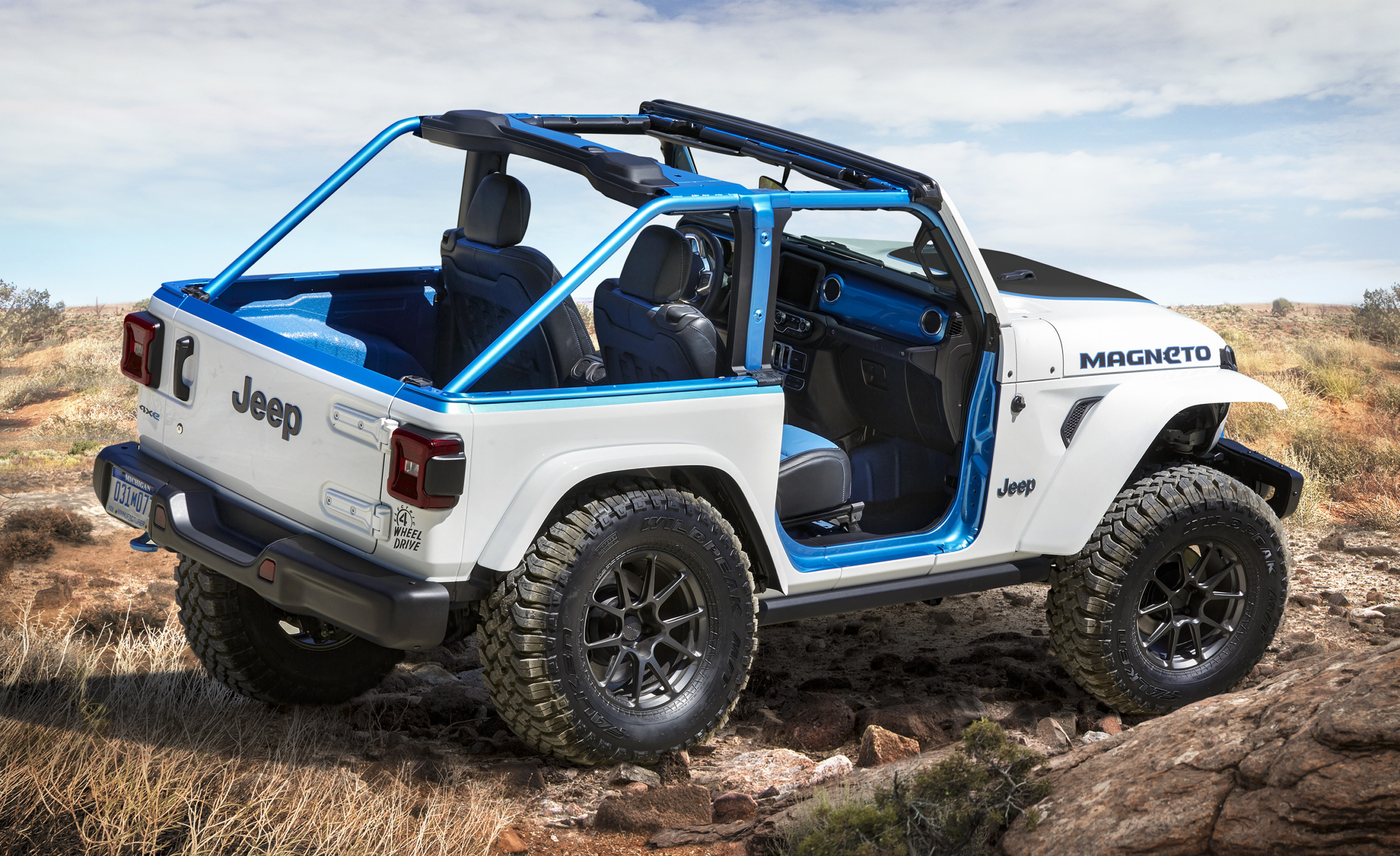 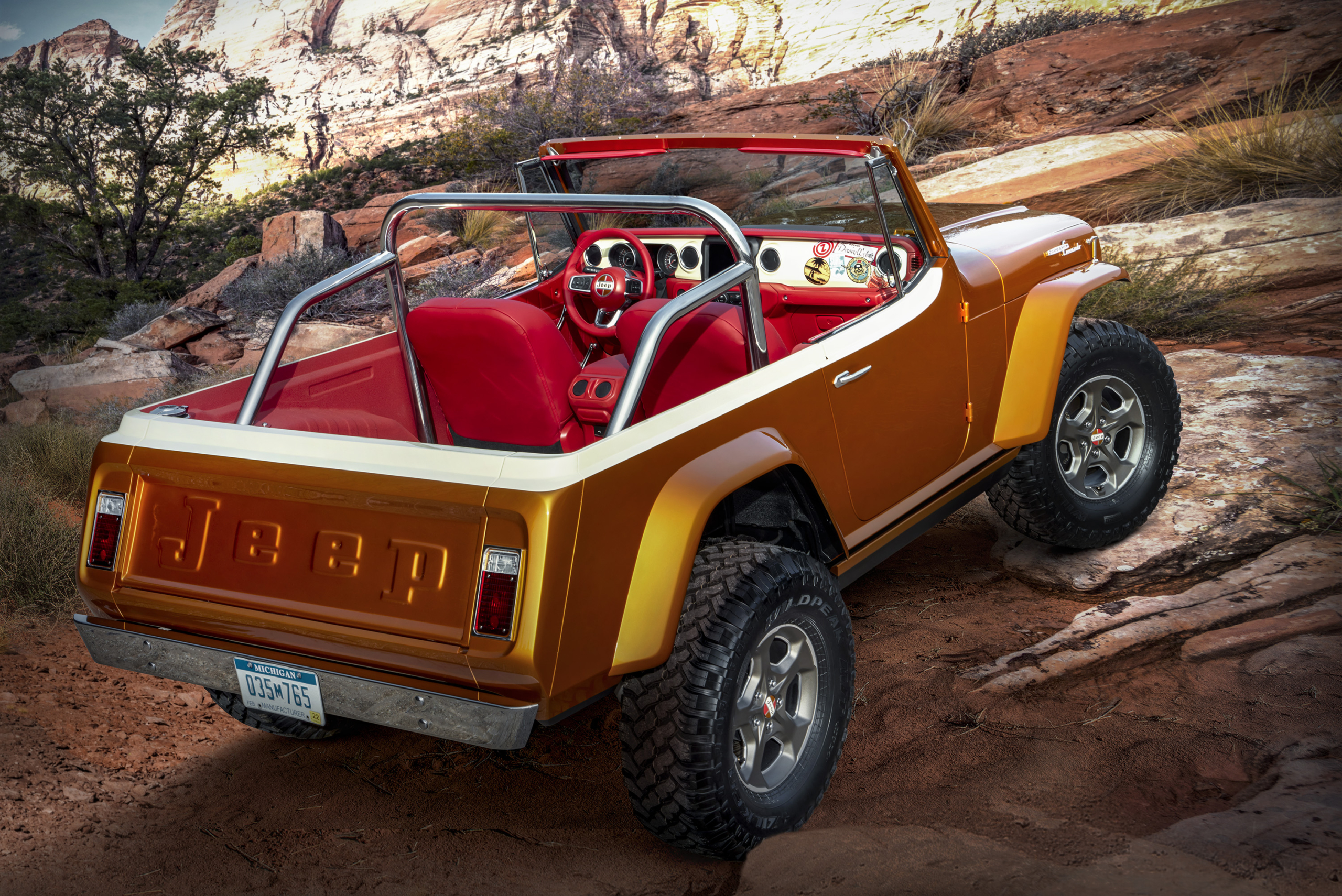 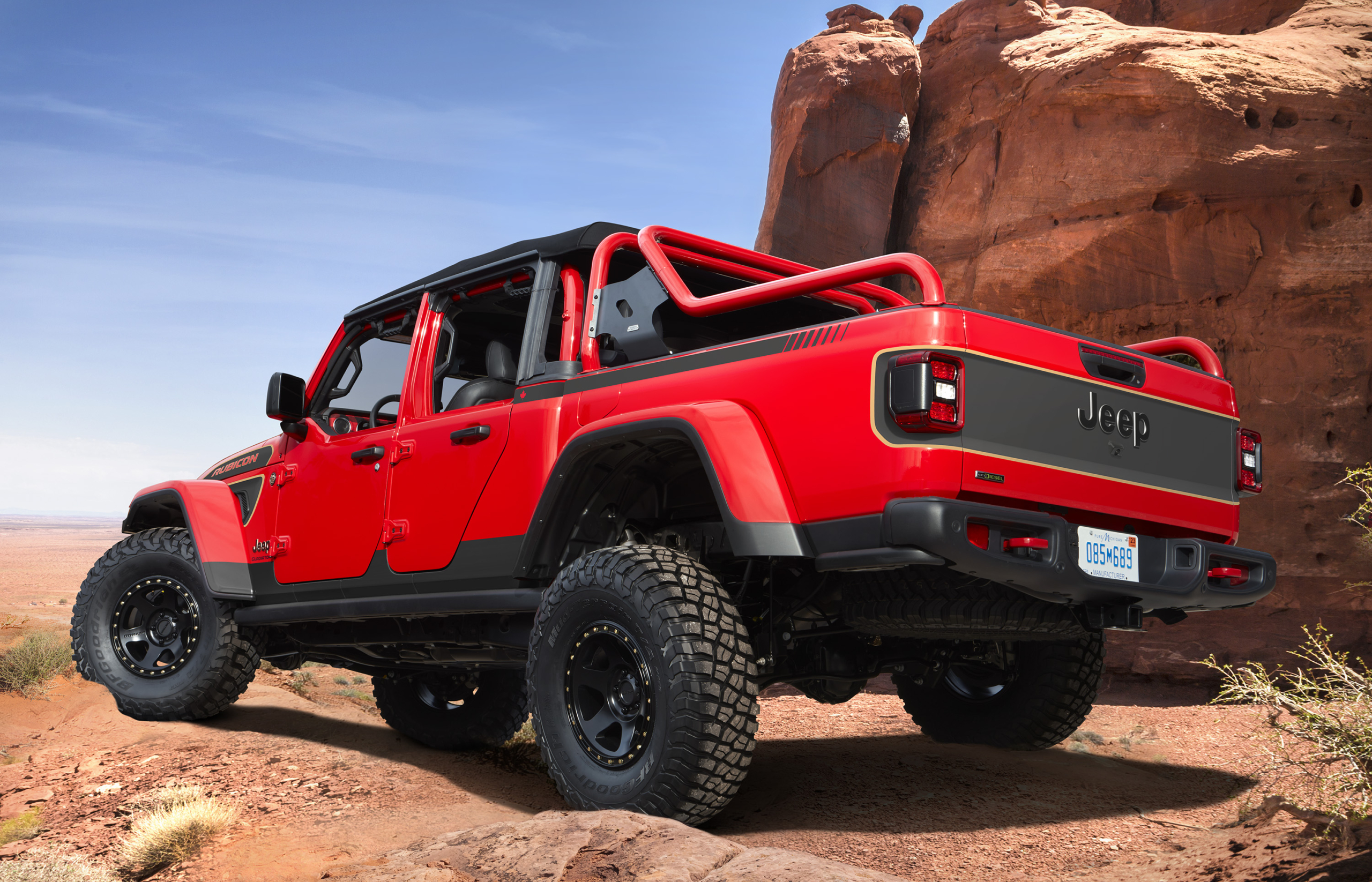 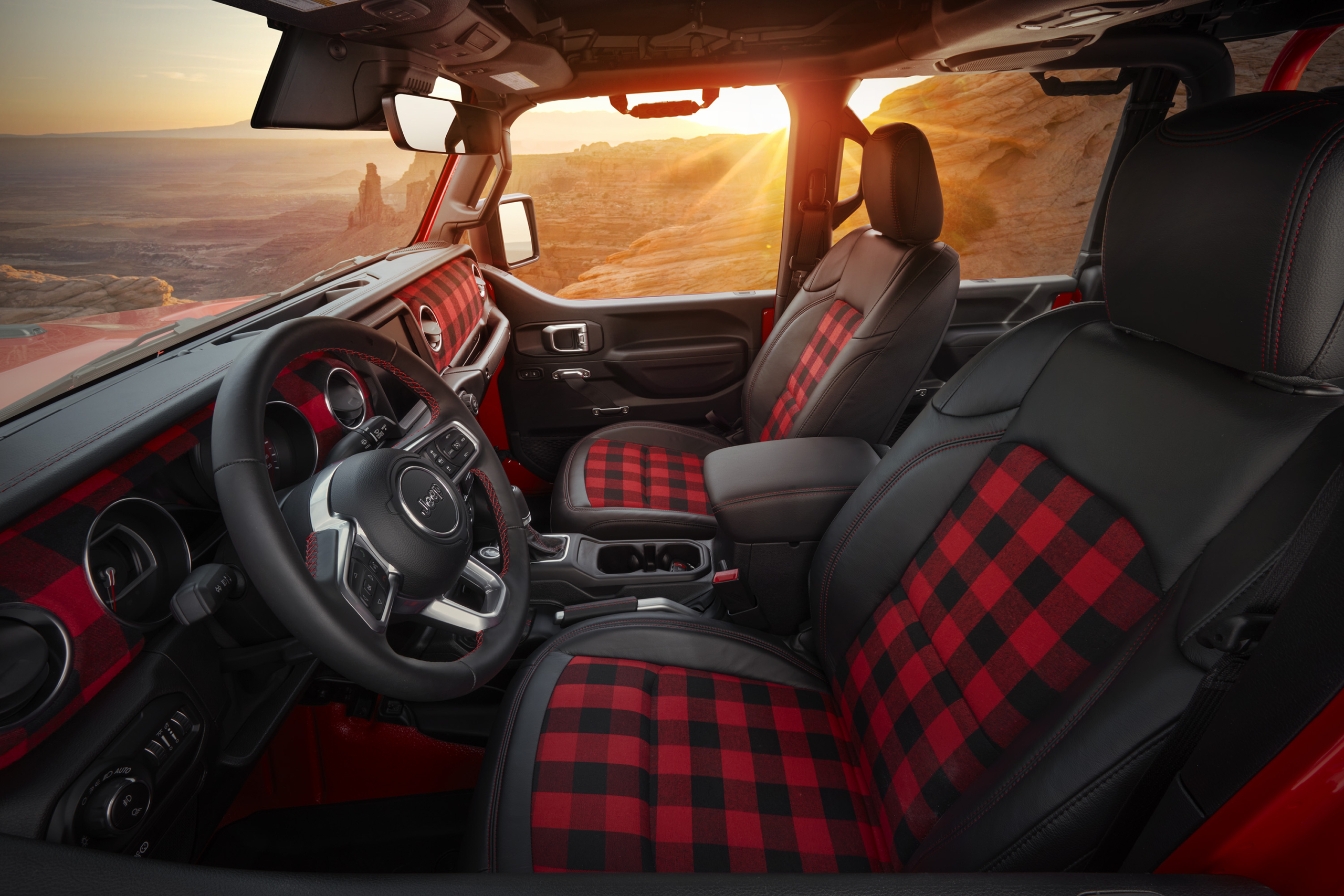 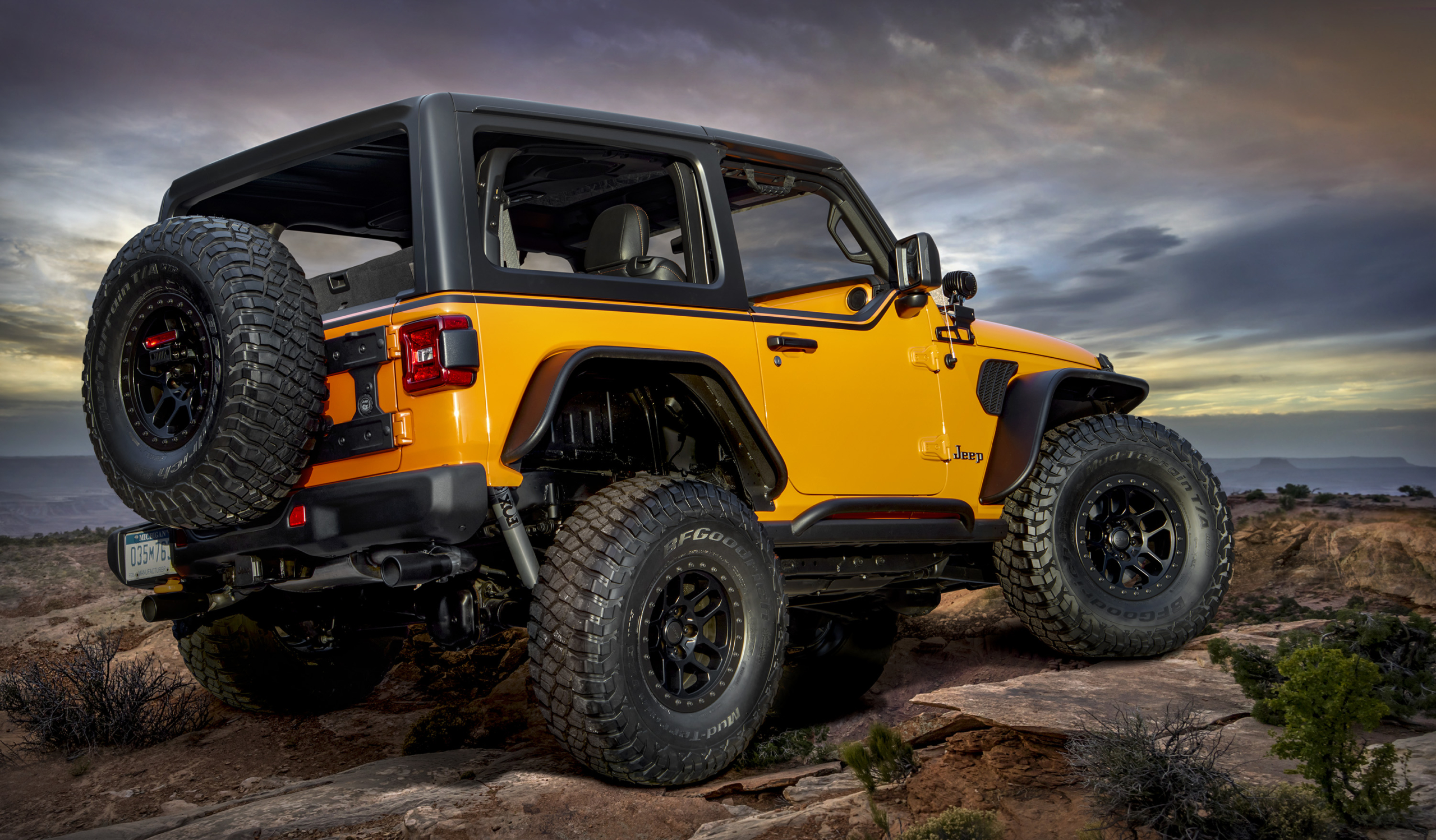 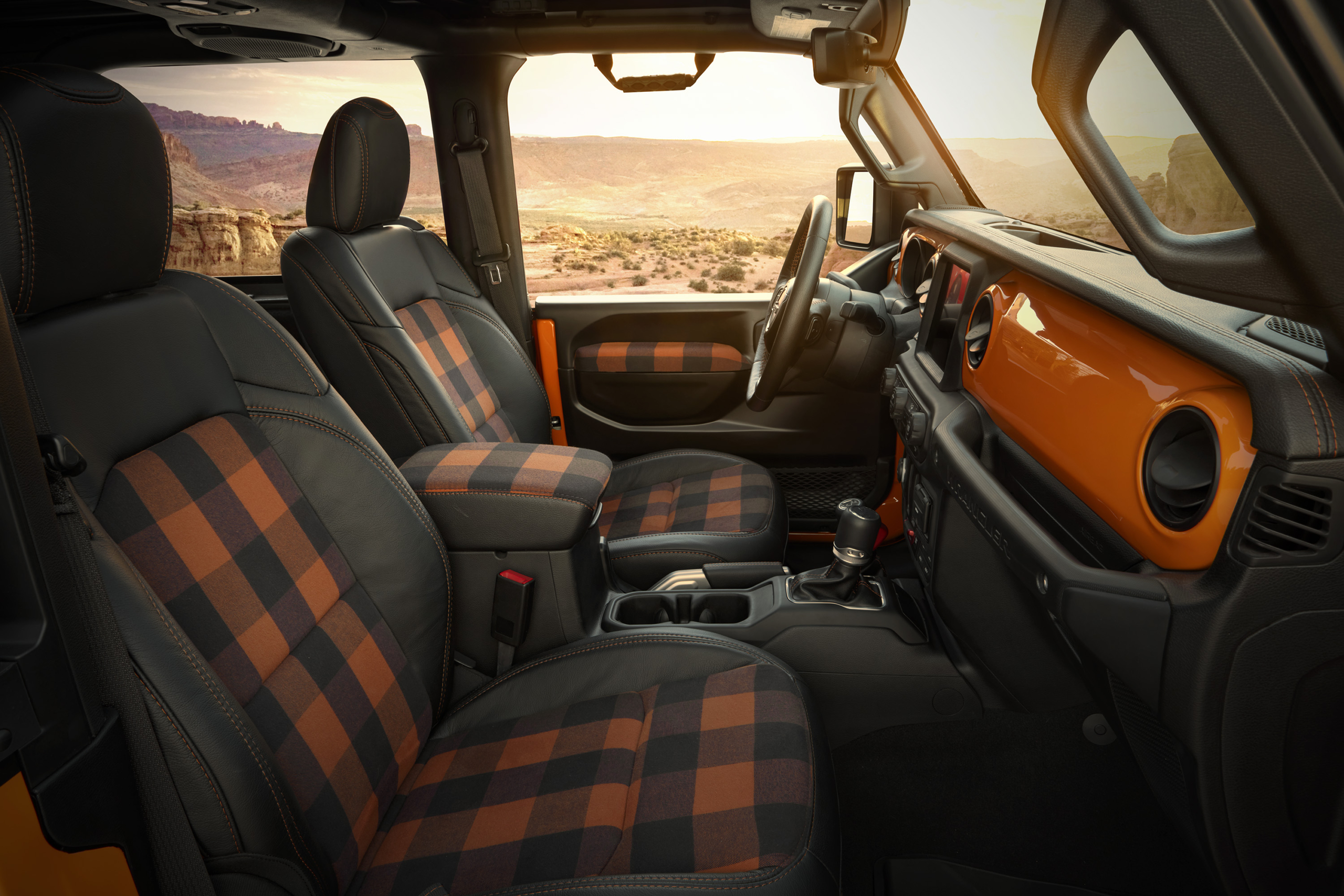