Like most of us, I spend too much time browsing the Internet. Mainly too much time browsing Expedition Portals classified ads, Reddit’s r/overlanding, and Craigslist. I’m always on the lookout for a suitable overland travel platform. Expedition Portal is a great place if you’re looking for a vehicle that is already built out. Jeff even found a 60-foot Expedition Yacht that caused me to look at this whole overland travel in a new way. You don’t have to use something with four-wheels?!?!

I’ve run into several builds over time with Iveco trucks. These trucks are larger than most Land Cruisers and Land Rovers, but smaller than Mitsubishi Fusos or the Ford F-550 platforms. I’ve always been curious about the Ivecos and found a video reviewing the latest crew cab 4×4 version.

Andrew St. Pierre White is the host of 4xoverland on YouTube and is the overland version of Jeff Glucker. He travels a lot, uses loads of equipment that we don’t always see in the states, and makes YouTube videos.

About that other truck though

Andrew’s current overland vehicle is a 2017 Toyota Land Cruiser 70 Series Troop Carrier (Troopy). It’s forbidden fruit here in the U.S. and a vehicle that I will continue to lust over until I drive one. His has a turbo diesel with an Alu-cab roof camper conversion as well. A properly kitted rig. 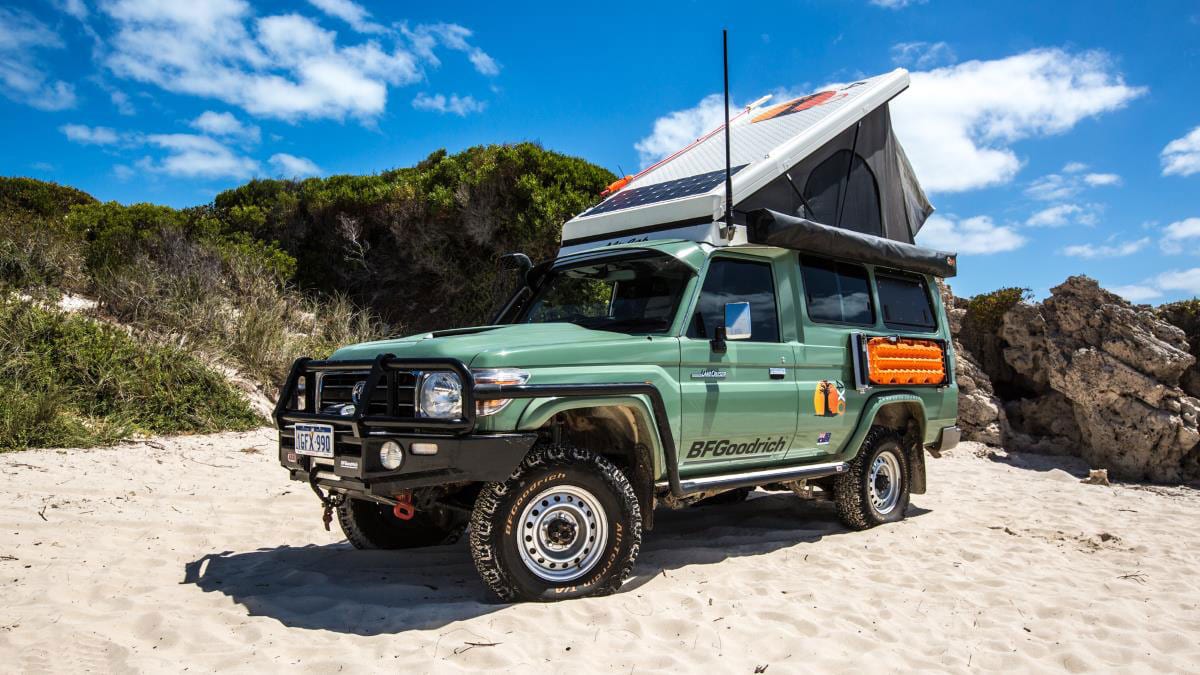 Even Andrew has been interested in the Iveco Daily 4x4s, so he arranged a test drive over some notable Australian obstacles near Perth. Spoiler alert: sand dunes, uneven sections of dirt road, and some rocks don’t slow down the Iveco at all.

Watch Andrew’s review and decide for yourself.

I’m still in love with the Land Cruiser Troop Carrier, but I wouldn’t turn down a trip across Western Australian in an Iveco Daily 4×4 Camper either.