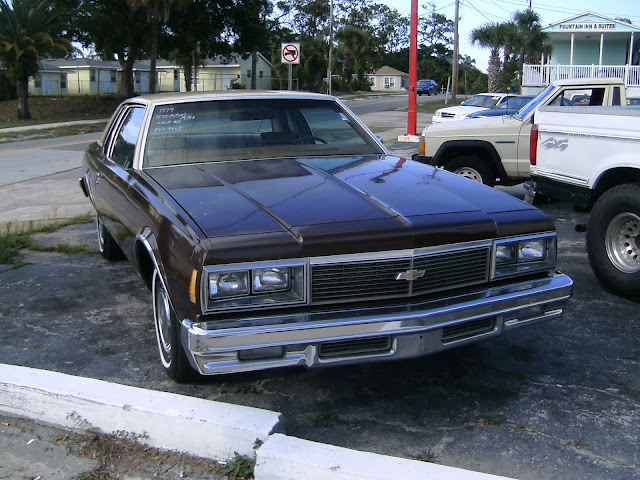 Since this post is this olelongrooffan’s 327th since the Hooniverse Overlords foolishly gave bestowed upon me a key to the vault right at two years ago, I thought I would pop up this 1979 Impala coupe that could, at least theoretically, could have a 327 installed in it. 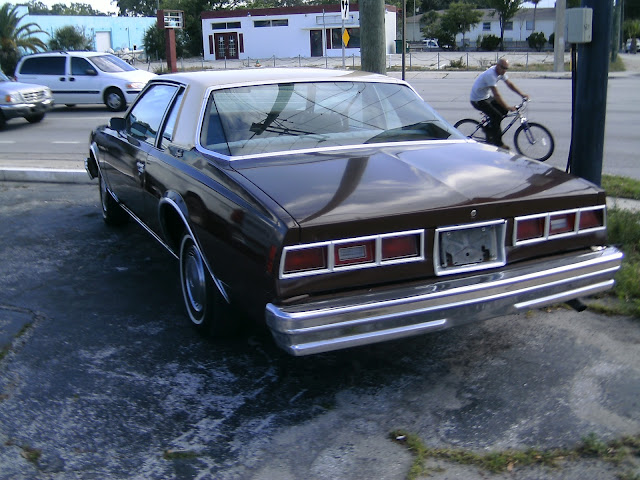 Yesterday this olelongrooffan posted a Shared Platform Edition of an offering from the General in the early 70’s. Today I thought I would follow up with a shared platform offered by the General at the other end of the 70’s. Having said that, as this gen B body was not offered with a 327, this one probably has a 305 or 350 under the hood. The fact that it is on a lot here in the Home of The World’s Most Beach and not in the local junkyards this olelongrooffan roamed around in early in the day suggests that it does not have the, then offered, Oldmobile 350 diesel 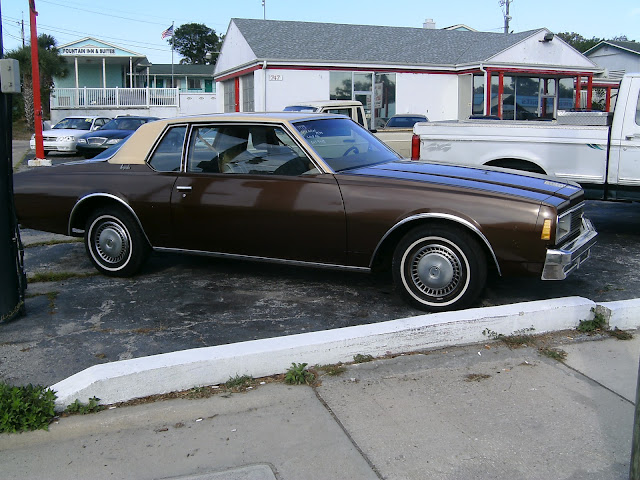 Ironically enough, I would not mind owning this coupe. It is clean, just under 100K on the clock, probably decent gas mileage and it looks pretty damn nice. That rear window alone is worth the price of admission. Probably well kept and with the exception of the centers of the full size wheel covers appears to be complete. I would solve that problem by popping on some dog dish hubcaps as soon as I could find some out at the Turkey Run.

Yeah, I’d Hoon it. After all, this olelongrooffan is a member of the Brown Car Appreciation Society. Aren’t you?