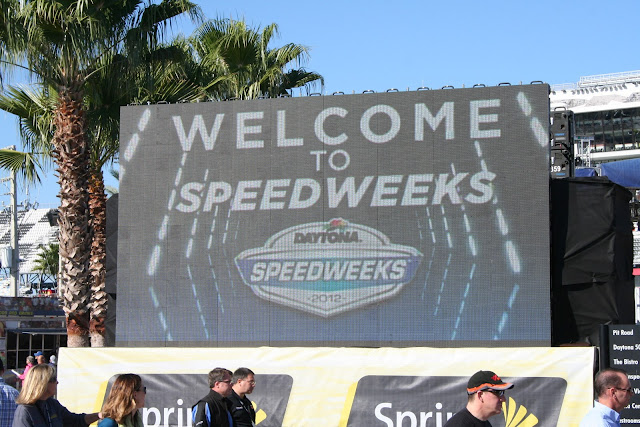 Still out here at the Rolex24 at the Daytona International Speedway and this olelongrooffan thought I might share my experiences earlier today. It is currently 4:15 pm Eastern and the race just got underway. For the record, 12 of us formed a pool and drew car numbers to win a slightly legal pool. For the record, I have the Michael Waltrip Ferrari #56, Action Express’s Corvette Protype #5 and Team Saleen RX8 #42 and Dr. McDreamy’s #40 Mazda RX8 Wish me luck and let’s take a stroll around shall we? 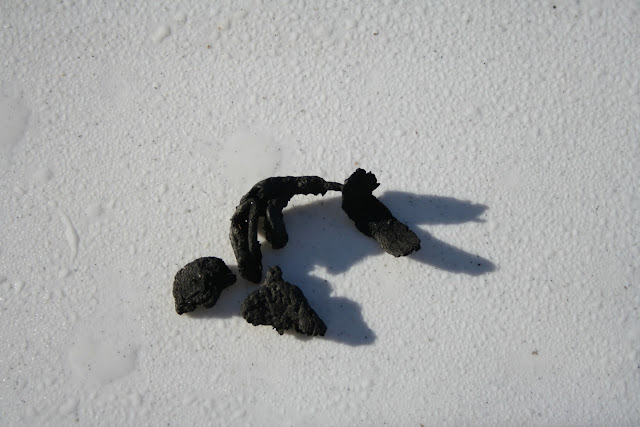 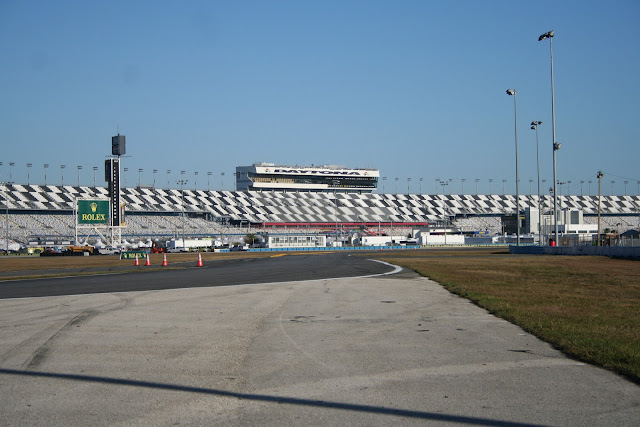 from the surface of the west horseshoe. Yeah, used rubber, or “marbles” if you will. This will be going to a fellow Hoon this Hoonimas 2012. 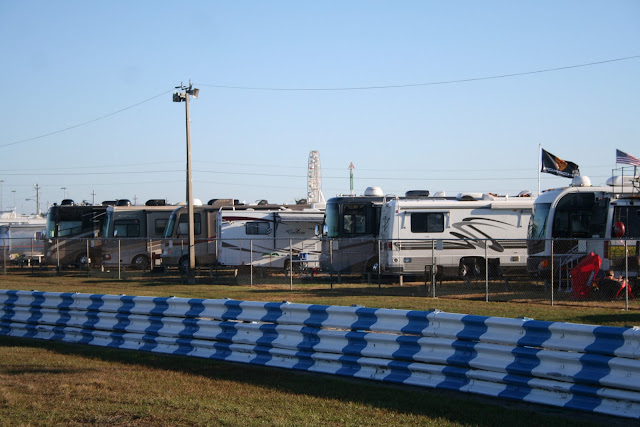 I also got an image of the motorhome we are utilizing this race weekend. Usually, at the event, the guard rail seen above is only viewed from the other side by this olelongrooffan. 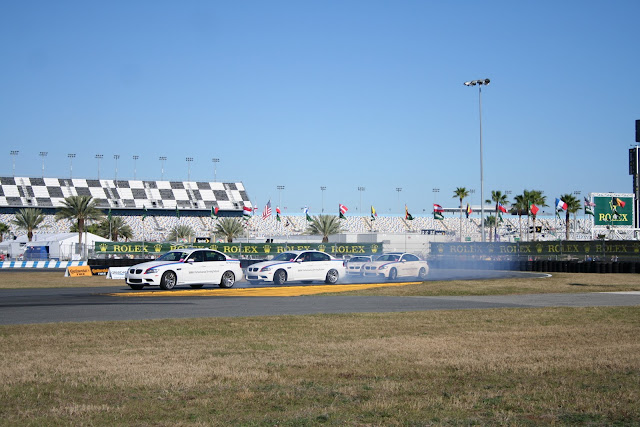 Shortly thereafter, a group of BMWs, a pair of Porsches and a trio of Camaros did some hot laps around the track.  These BMWs were burning up rubber, driffing style, at every corner in the infield. 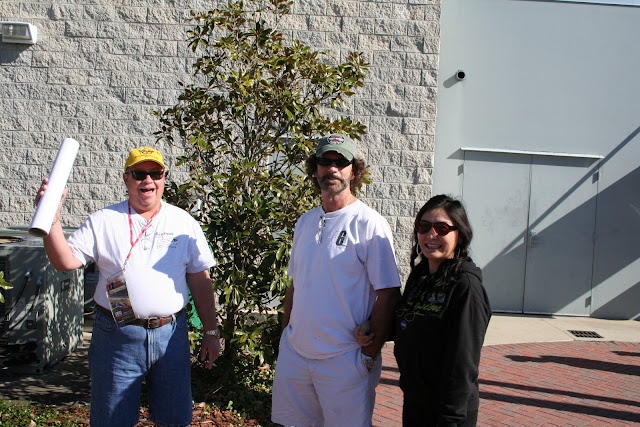 My race attending buddies and I headed into the FanZone and the garage to see what could be seen. 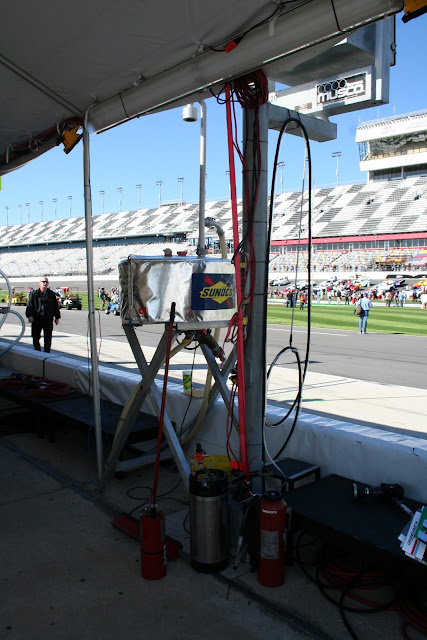 This year, I don’t have a Hot Pits pass but I was able, somehow, to stumble into the pits will the old race winning cars were on the track. 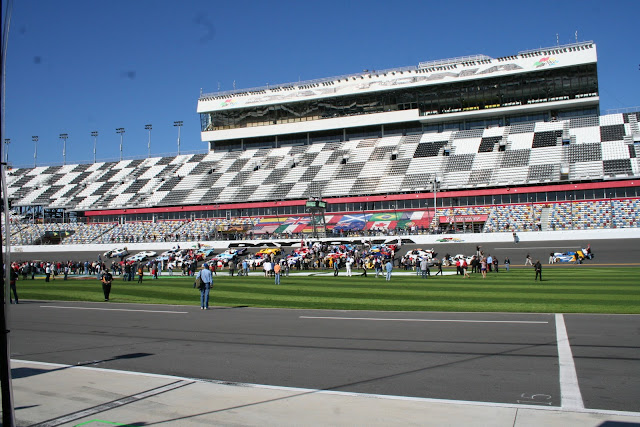 I tried to get out there in the grass to check them out closer but my admittance was denied by the blue shirt wearing dude. No real loss though, I had seen them in action alot more intimately just yesterday. 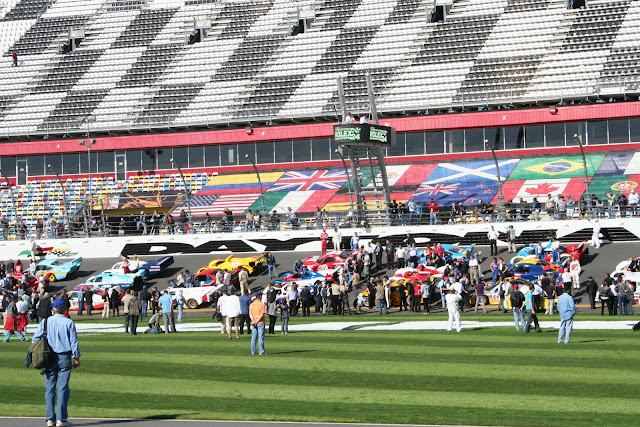 It was a pretty cool sight to see though. 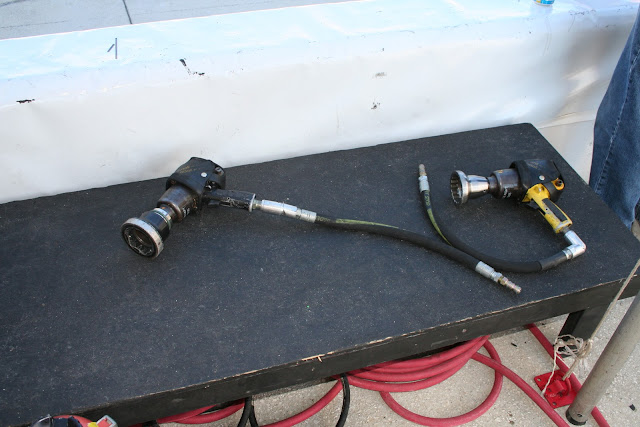 In one of the pit stalls, up against the barricade to pit road, were a couple airpowered tools used to service these machines. 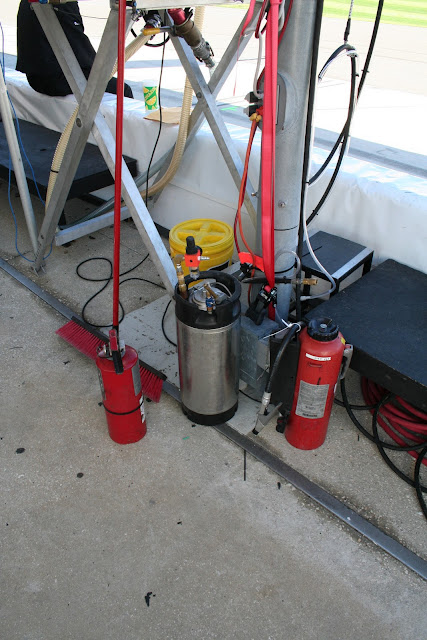 And see that old school tank in the center of the above image? According to the Spirit of Daytona dude I asked, this is filled with potable water under pressure to provide the drivers cool refreshment as they circle this 3. something mile road course. 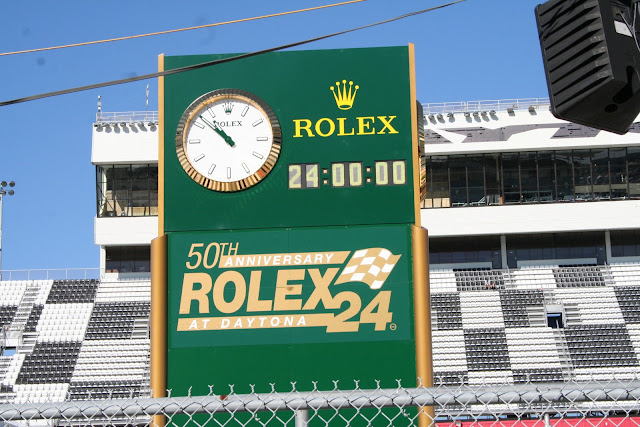 And Rolex has these clocks all over the place. 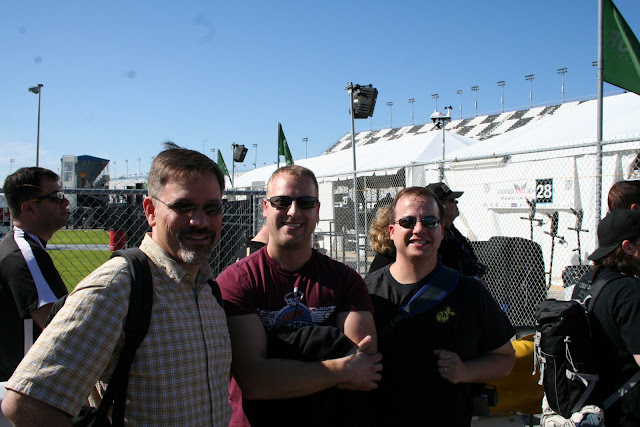 After I was denied entry to the grassy area, I heard the dude in the middle ask one of his compatriots what it took to get a press pass. As I had asked Bradley the same question last night, I provided them the answer and we got to chatting it up. It turns out they are the backbone of a 24 Hours of Lemons team, the name of which escapes me at this time but they Hooned a Merkur around last year and this year are bringing a Triumph Spitfire with a small block in it. Should be a Hoot to see. 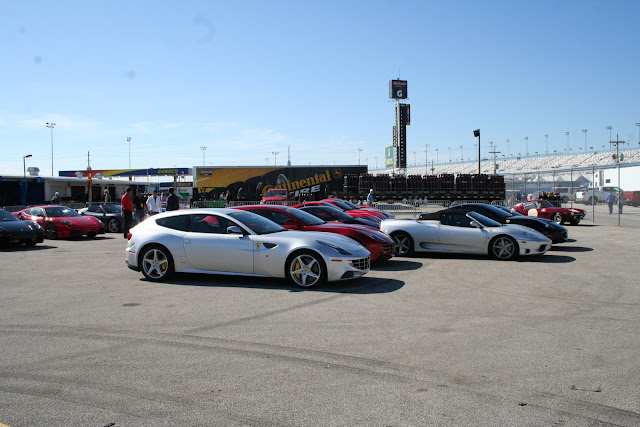 Over in the Ferrari paddock, which was off limits to spectators, I spotted this Ferrari hatchback longroof shooting brake wanna be. 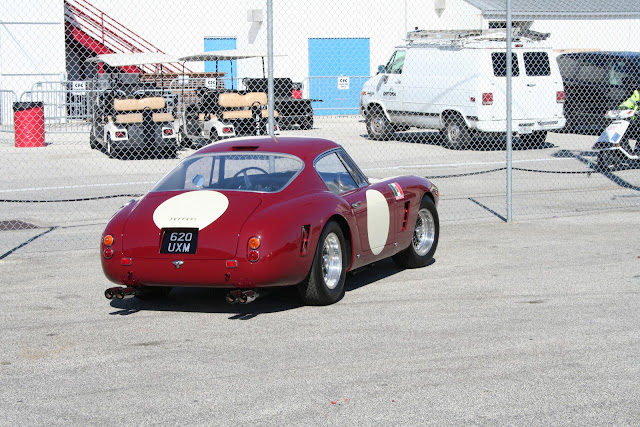 As well as this sweet old beauty. 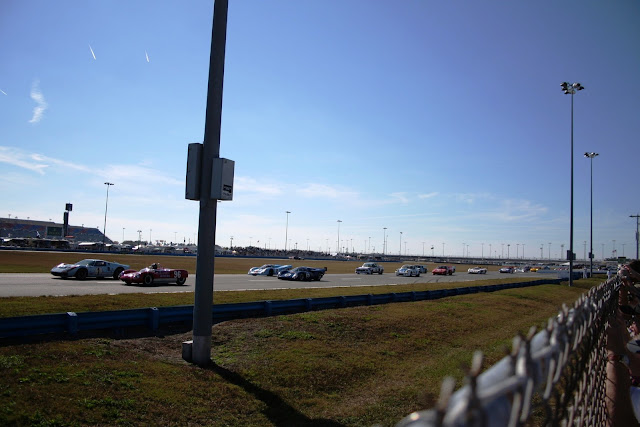 A tad bit later this olelongrooffan spotted those vintage race winners over at the International Horseshoe. 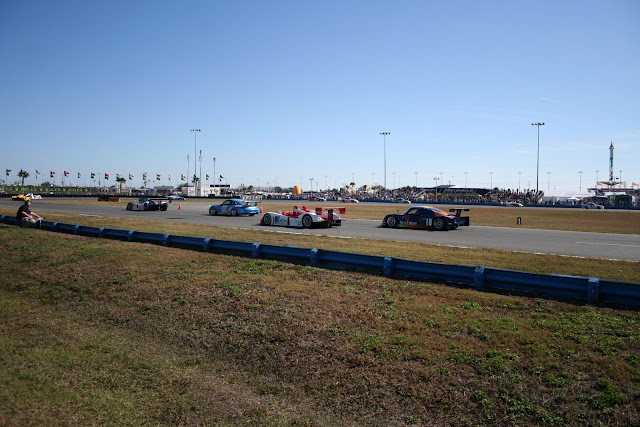 All in all, a pretty cool morning for this olelongrooffan. I gonna head out and watch some of the race for now. Wishing my fellow Hoons a fun weekend also.