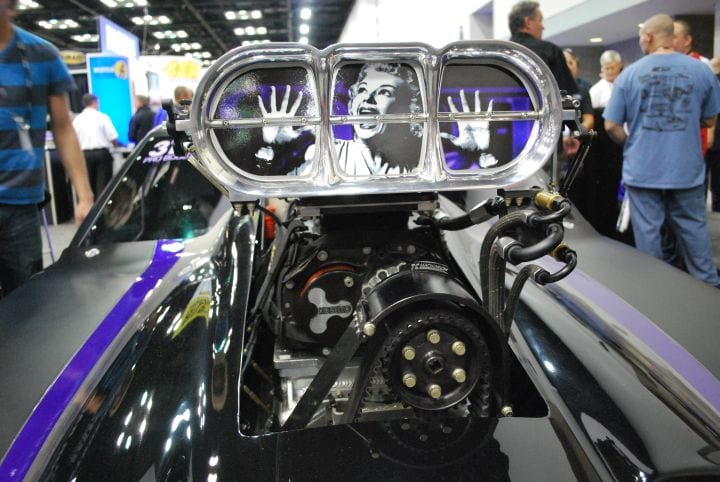 Hi, I’m Eric Rood. You may remember me from such Hooniverse articles as “America is Just Swell,” “America is Still Just Swell,” and “Beef Casserole Doesn’t Taste Any Better Than It Looks, Sounds, or Smells.” I’m here today to explain to you the wonders of the Performance Racing Industry Show in Indianapolis, which I attended a month ago by renewing my Hooniverse media credentials and making some vague half-promise to Jeff Glucker to write about it for the site. 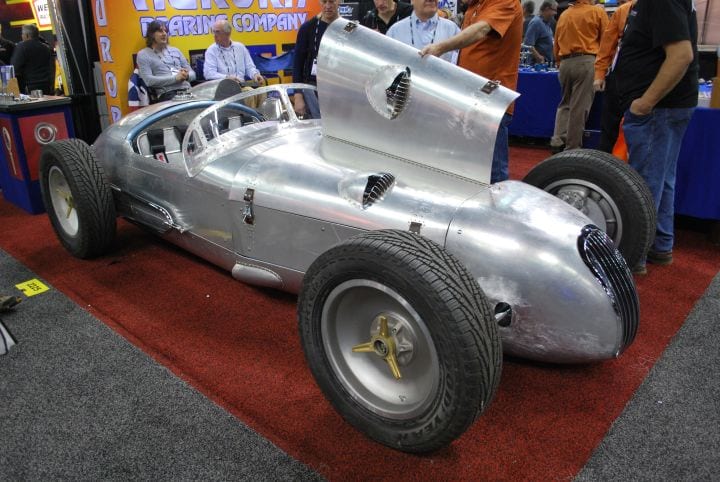 The PRI Show, which is now owned by the same people who produce Las Vegas’ SEMA show, hand-select the finest exhibitors who are willing to shell out a stack of C-notes for the privilege of being largely ignored by people who slap “…Motorsports” after their last names when applying for credentials and aiming the old Buick, now ceding wide Park Avenue swaths to Iron Oxide gentrification, toward Indy in pursuit of autograph chances with reality-show stars. 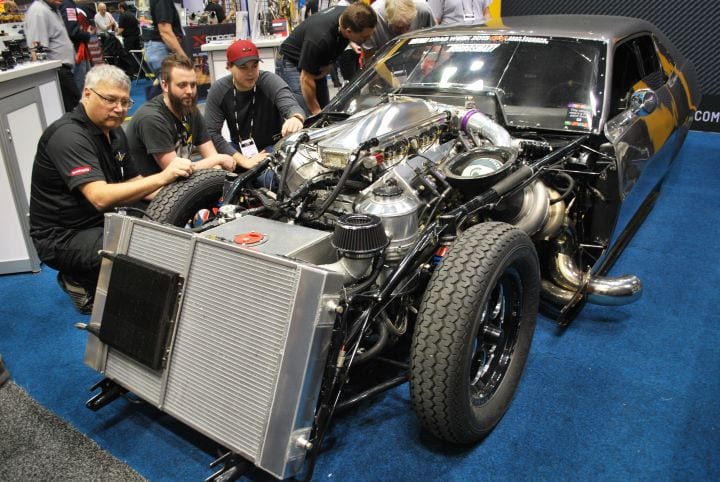 It’s worth noting this is still a more legitimate means of obtaining entry to PRI than I had. 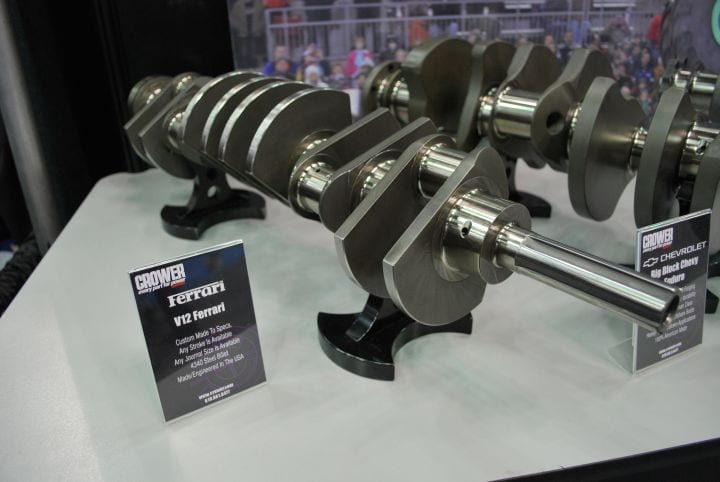 Much like Tanshanomi wrote about his experiences at SEMA, one typically finds himself or herself wandering the PRI floor in a daze, catching snippets of half-intelligible conversation. Without reason and maybe for just the sake of looking purposeful, I found myself examining a bare sprint car chassis as though looking at it would somehow summon understanding of that racing’s nuance. This was a highly repeatable action during the single, very-long day I attended. 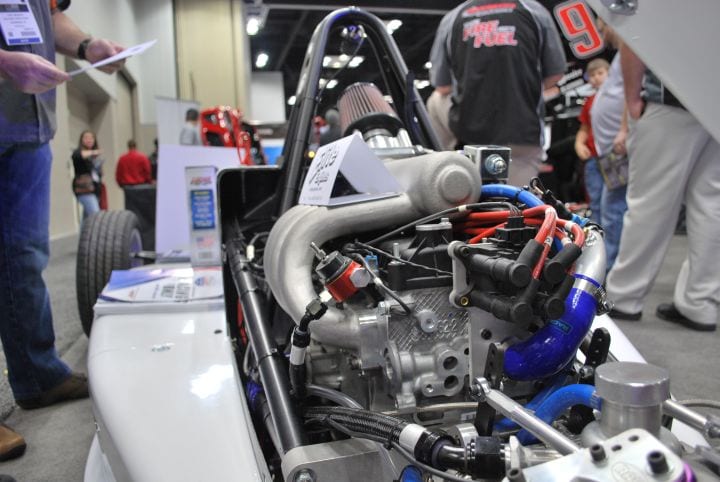 Early-morning meetings are met red-eyed and coffee-breathed. The pseudo-civilized nature of a trade show mercifully means no firing engines to resonate heads still aching from the previous night’s formal and informal receptions, but the dull roar of 10,000 attendees has a way of vibrating the brain with a uniquely enduring pain. Between walk-up clients and sales pitches, cohorts piece together from their dry mouths the related tales of vice and out-of-pocket expenses. 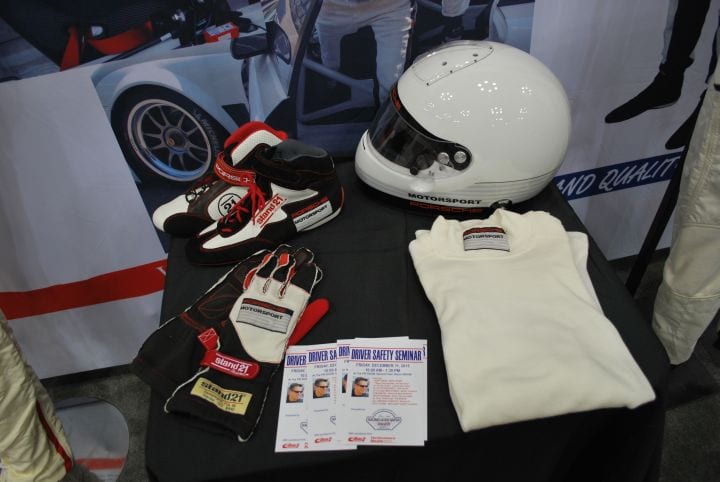 Want billet-aluminum catheter tubing for those endurance races? Tire-changing robots strike your fancy? Well, neither of those things yet exist, but you can find damn near anything else you might need to incinerate large piles of money in pursuit of a non-meth speed addiction. Hose fittings, racing harnesses, pistons, brake calipers complete engines, turn-key racecars…They’re all on display in adjacent booths, the order of which makes sense in a hidden dollars-to-square footage-to-real-estate calculation. 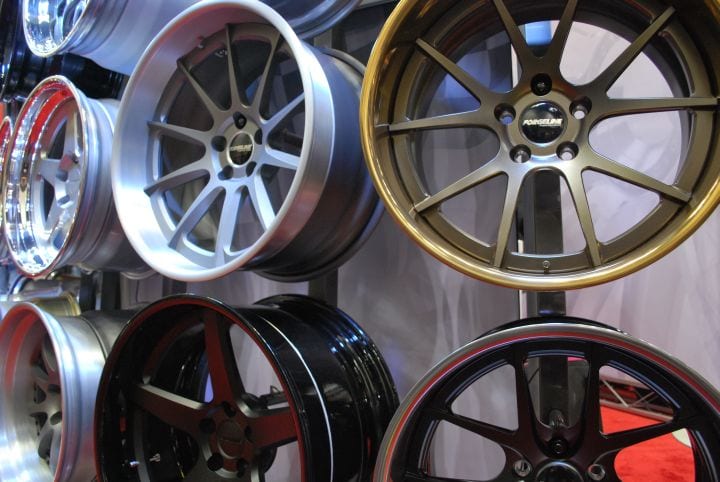 One of the few lucid moments came with a quick stop at Forgeline Motorsports and a quick talk with David Schardt, who raced a flamethrowing Toyota Supra some time ago in the SCCA’s World Challenge series. His company makes high-end wheels for racing, though the family business was started nearly a half-century ago on the back of a wire-wheel repair business in western Ohio. 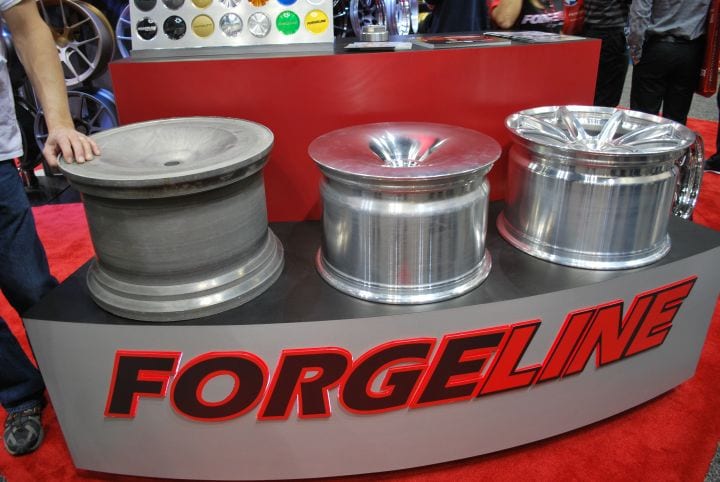 Doug points out the round billet chunks his company machines into 17-pound wheels that will survive curb-pounding on the edges and lateral G-forces in the centers. 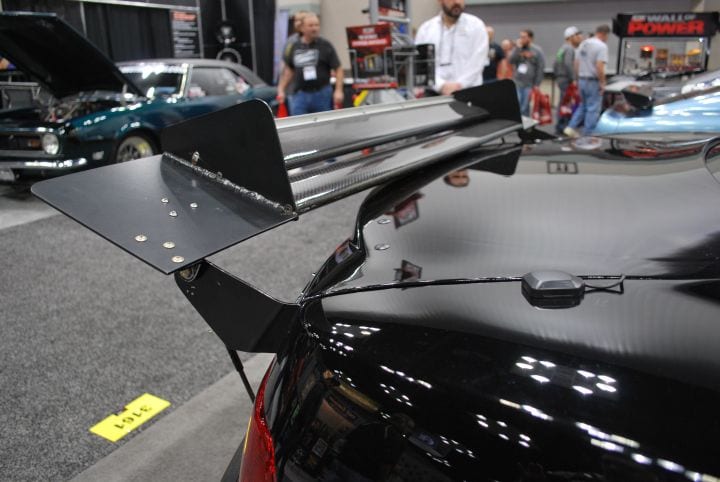 I shake Doug’s hand and slide past, away through the crowd to another booth, where a karting dad ogles two Lycra-clad product specialists. His pre-teen son thumbs his “_____ Motorsports” show pass uncomfortably at the heaving sex directed equally at the front of his dad’s jeans and the rear of them where the two-fold wallet has worn a rectangle into the denim. 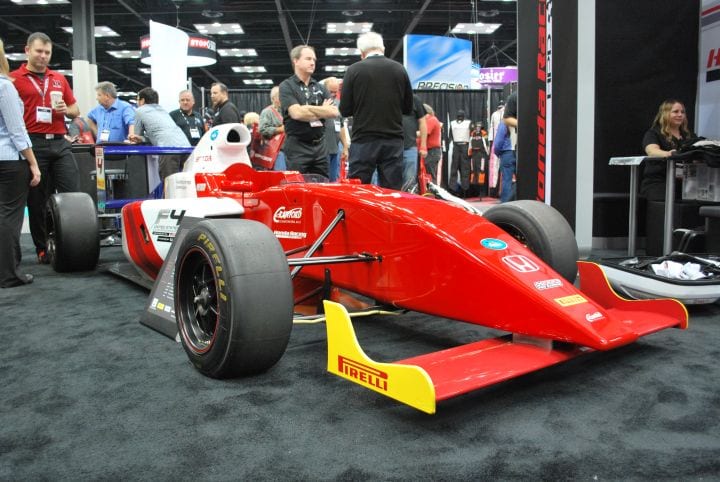 But there are race cars! Boy, are their race cars: sports cars, open-wheel cars, circle-track cars, off-road cars (and trucks), drag-racing cars. They beam, polished and presented, under the harsh fluorescent lighting. 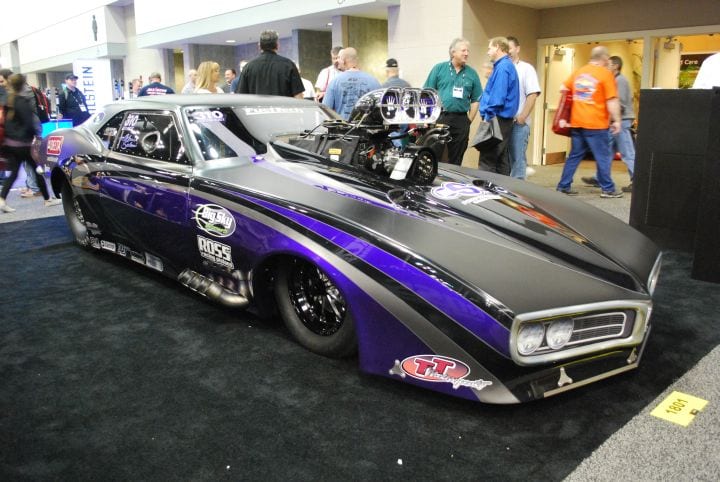 One showfloor entrance is guarded by a purple-and-black drag car whose airbrushed triple supercharger intake’s entrance the quarter-mile crowd. [Author’s note: Intake detail in lead image. Also, Brian Lohnes from Bangshift informs me the intake is called an injector hat, which I should probably know.] 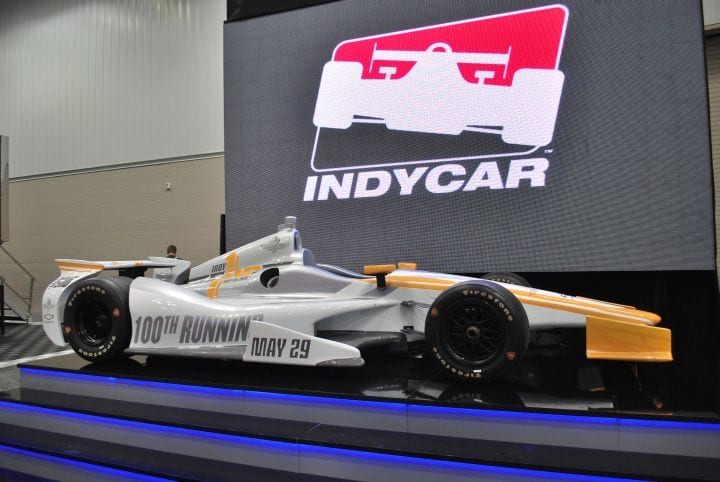 Tucked in a far corner of the floor is the 2016 IndyCar, its purposeful lines penned for 240 miles per hour around the big oval just a few miles away. Conor Daly walks by wearing a big grin; he’ll be driving one all year for Dale Coyne Racing. 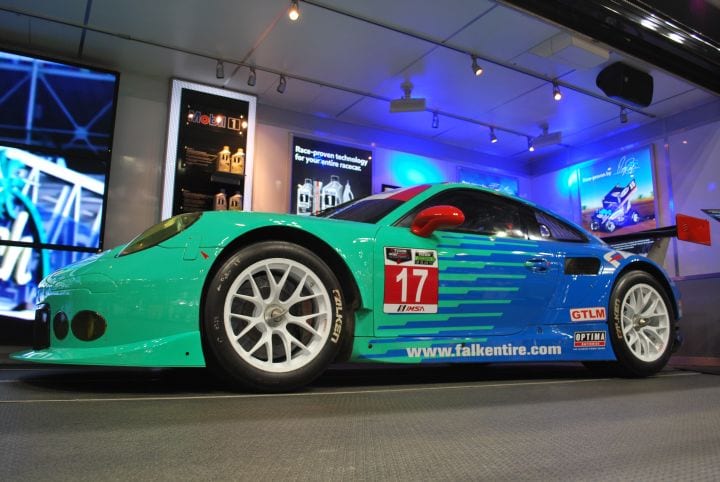 Just a few feet away, the decommissioned Falken Porsche looks clean as ever with the belief that it’s headed for the big, super-rich farm outside the city. 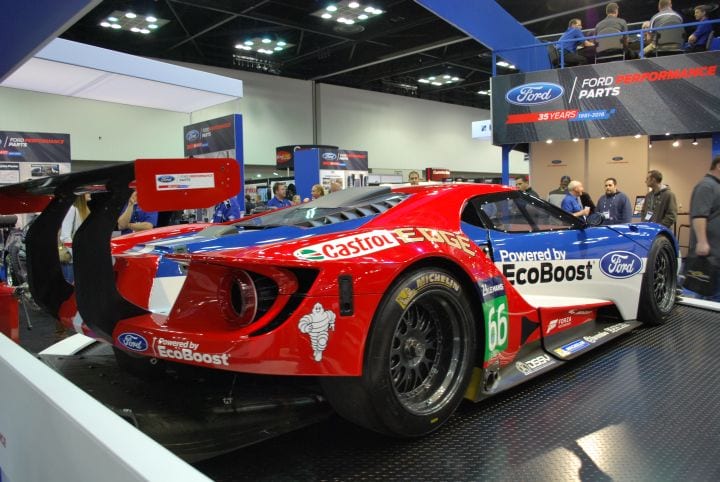 A quarter-mile away inside the convention center, the Ford GT race car rotates on a dais like a Da Vinci masterpiece in real life, a pinnacle in its own right for slicing through the thick June air at Le Mans. 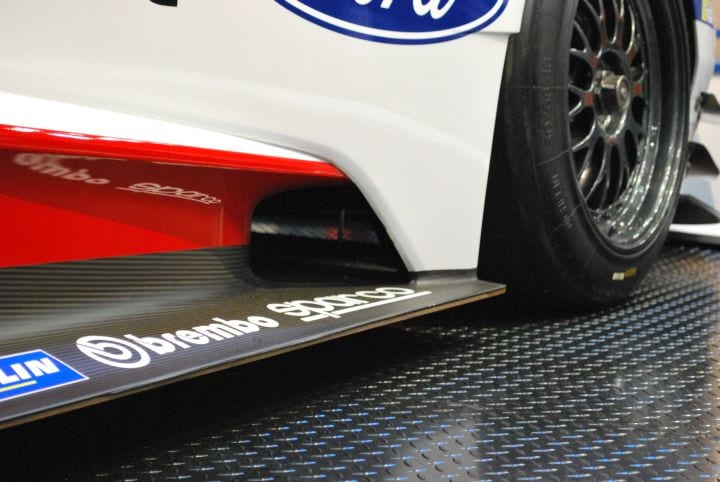 Flying buttresses arch over extended valleys in the car’s topography and the sculpted tub-within-a-tub flows air over the front splitter and smoothly out the sides. 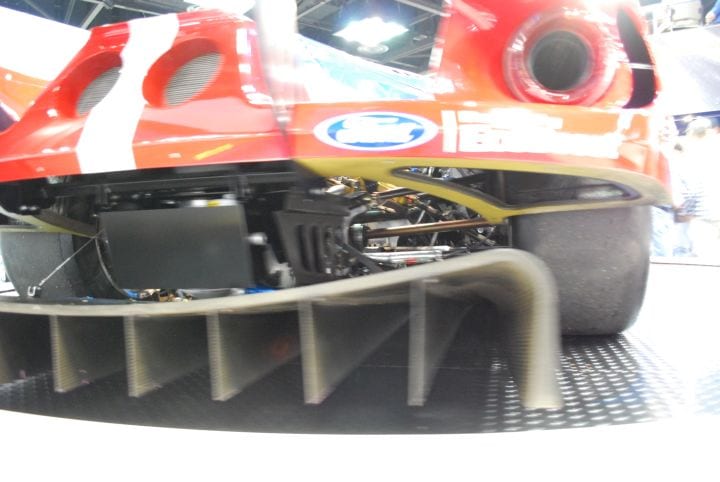 If the GT is designed to be a second-coming Ferrari-killer, Ford has certainly made it look the part. The massive diffuser, as Road & Track writer Marshall Pruett said so perfectly, looks like a medieval torture device. 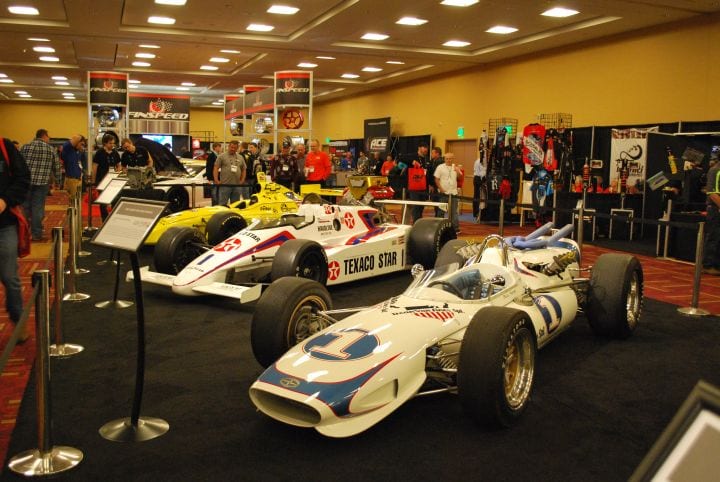 In a smaller room, five historical Indy 500 competitors are lined up. The entire IndyCar world obsesses over the event’s history in ways that would make Major League Baseball flush with envy (if they could be distracted from counting their cash) and there’s little wonder why. The very notion of completing the first 2-1/2-mile lap with 33 cars packed onto the Brickyard alive pecks at the notion of sanity. Doing it in cars going progressively faster until they’re averaging 230 mph a lap goes beyond the pale. 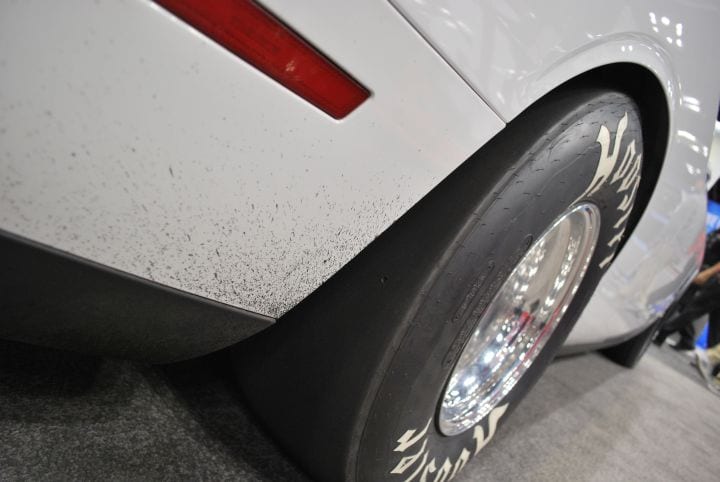 Most of the show cars are buffed to a fine sheen, though some take care to leave behind actual signs of use. Dashes of tire rubber pepper the bodywork behind the rear tires of a Dodge Challenge factory drag car. 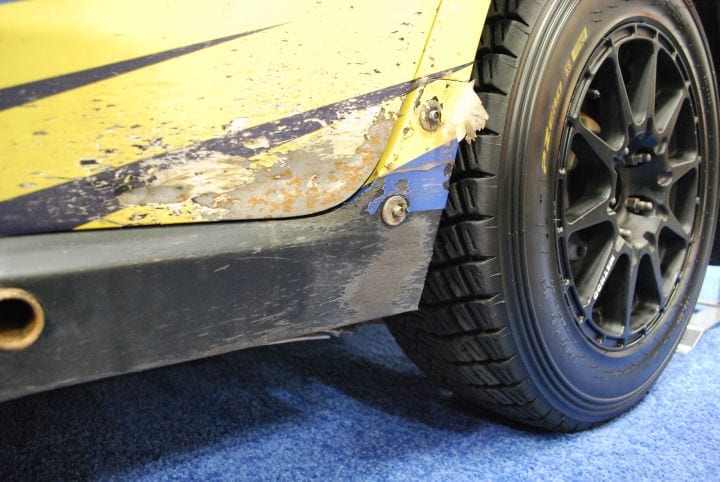 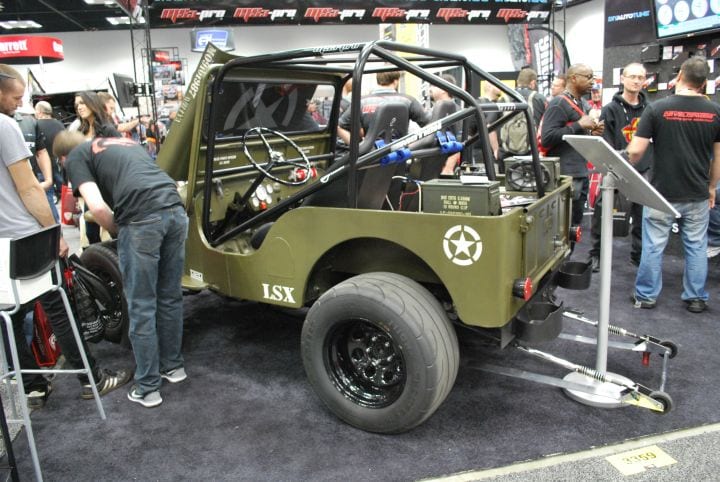 Like any good show, some freaks turn out like a drag-racing Willys Jeep with a modern turbocharged V8 swap and military-themed everything. 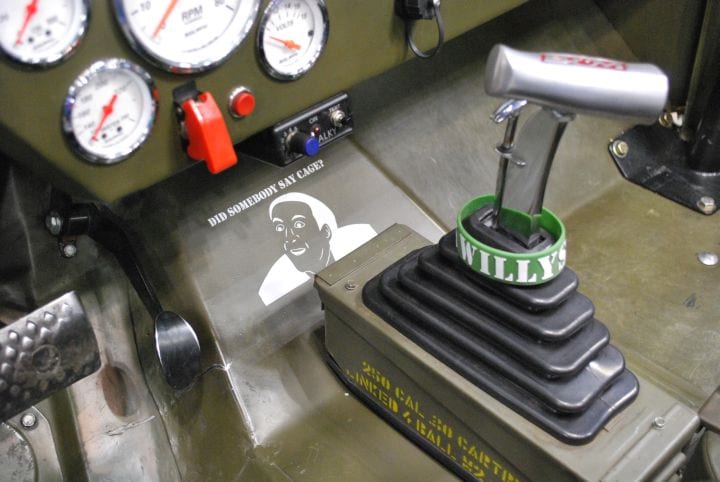 At some point, you know you’ve seen enough for the day. 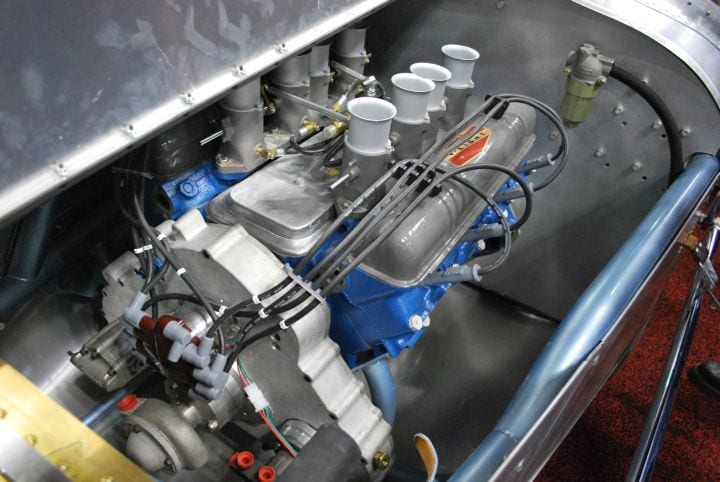 Like just about anything in racing, Indianapolis goes absolutely insane with the PRI crowds pushing the city’s population close to a million people for four days. While ensnarled in uncharacteristically dense downtown traffic en route to dinner, our flat-brimmed ride-sharing-service driver’s dank-wreathed conversation awed at the influx of people and unprecedented traffic before traipsing into a tangent about alleged gang members in California’s Central Valley. He then blew through his third red light of the two-mile ride, all undertaken with his Ford Taurus X’s hazard lights flashing. 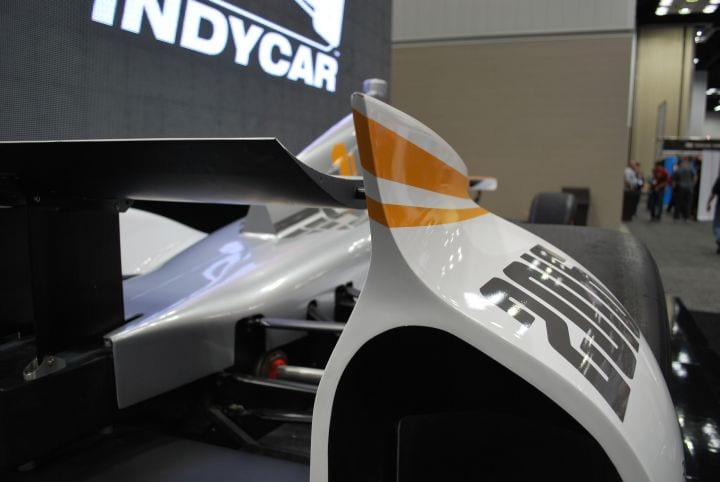 We arrived at dinner unscathed and perhaps smelling like Friday night in a suburban drop-ceiling basement. The restaurant was packed, but with a suggestion that we might be late for a show down the street, the host squished us together at a too-small table where my company’s exuberant stories of post-race debauchery twisted the stomachs of nearby patrons who were actually going to be late for the aforementioned show. 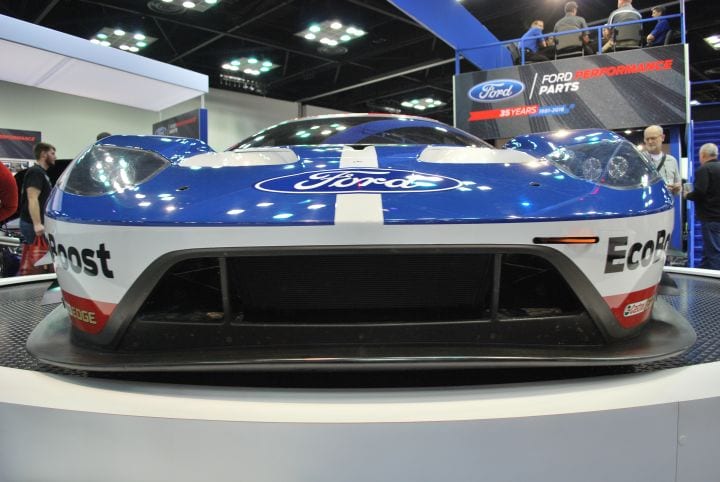 At last, I wiped the last suds from my upper lips and banged out a beer-and-cheese soaked story on the ride out of Indianapolis. My driver isn’t piloting a Buick, but we escape back to the real world just the same. Maybe next year, I’ll have a Regal ride down to the show. [All photos copyright 2016 Hooniverse/Eric Rood]