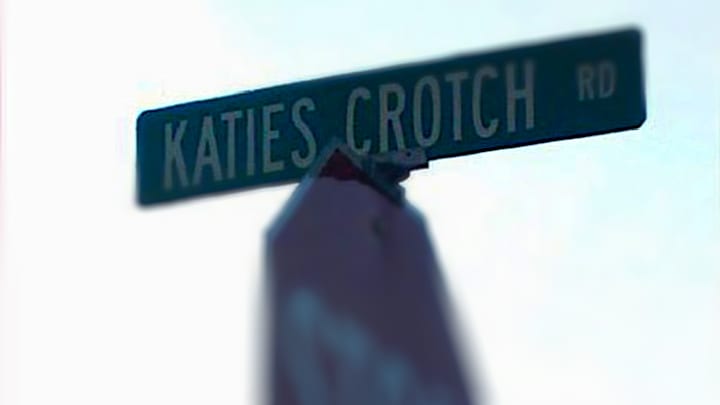 Have you ever heard of the film director Duncan Jones? He’s known for the movies Moon and Source Code. He’s also known for having a birth name that’s a little more flamboyant than Duncan Jones. You see, Duncan’s dad was David Bowie and he named his son Duncan Zowie Haywood Jones. For a long time people just called him Zowie Bowie. Names mean a lot, and while we have little control over what our parents name us—Bill Lear cruelly named one of his daughters Crystal Shanda—we do have control over where we live. Our home address speaks a lot about us, and having to address correspondence to potential employers, future in-laws, or your probation officer from someplace on Penis Street or at the corner of Inyo and Butte can perhaps reflect poorly on your prospects. The question for today is whether or not your street name is important to you. Would you turn down a domicile if it was on a street with a stupid name? Image: Funny Signs