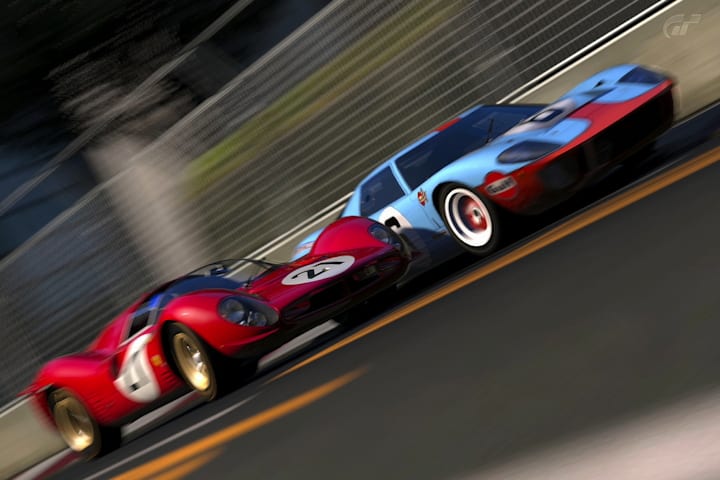 We all know the story about how Ford responded to an overture to buy Ferrari but was rebuffed when Enzo wanted to keep the part that Ford really wanted, the racing operation. We know that the deal fell through, and ended up with Henry Ford II thrusting his fat Havana in Enzo Ferrari’s face and shouting you’ll be sorry, amico, as il Commendatore is dragged off by his minions while repeatedly brushing his raised chin with the back of his hand. Yeah, that’s how it went down. The insult to Ford was so great that Henry’s grandson spent untold amounts of corporate cash to beat the Italian upstart at his own game, and that game was Le Mans. It became such an obsession for the Ford CEO that after two unsuccessful years he sent cards to his top people saying only  “You better win, Henry Ford II.” Ford eventually did beat Ferrari, taking the first, second, and third positions at Le Mans in 1966 with the GT40, a car that was born from of the rage between two industry egos. What however, if that had never happened? What do you think the ’60s would have been like had Ford bought not just Ferrari’s road car business, but the racing arm too? Sure, we wouldn’t have the GT40 and its progeny to lust upon today, but what might we have had in their place? What do you think would have been the result if Ford had actually bought Ferrari? Image: flickr